We sold our 80 series 3 years ago, and have been using a 2016 Isuzu Dmax since. You can read the full review after 3 years here; Isuzu Dmax 3 year review.

We’ve had our 80 Series Land Cruiser for 3 and a half years now, and had some truly epic adventures in it. I’ve done a build up thread, covering the work that’s been done to the vehicle – 80 Series Build Up. 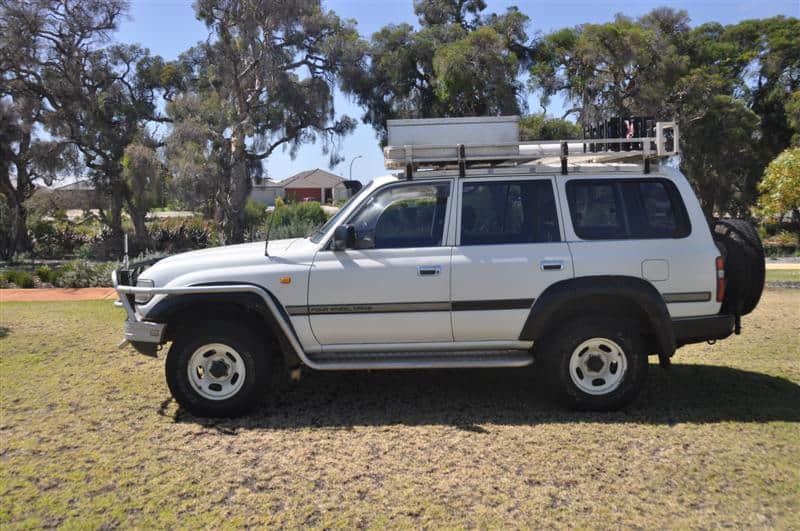 Overall, we are really happy with the vehicle. We’ve spent a fortune in time and money getting it to where it is today, but its allowed us to have some very special trips. We’ve done a large majority of the coastline from the Nullabor all the way up to Broome. You can see some of these trips here; 4WD trips in WA.

Some of you will have seen photos of my new Land Cruiser. I sold My Hilux at the end of 2012 with the idea of upgrading to a wagon. I very nearly purchased a 2.8 turbo diesel GU Patrol, but managed to find this Land Cruiser instead, for a great price.

About the Land Cruiser

The new four wheel drive is a 1990 Toyota Land Cruiser 80 series, with a 4.2 litre factory turbo diesel engine (1HDT 12 valve). It has done 342,000km but was fully rebuilt at 287,000km (over $7500 worth). The previous owner had it set up for moderate four wheel driving and touring, and did many trips into the desert with it. Overall it is in good condition, but is in need of some general TLC.

When I bought the 80 series

I did a very thorough inspection on the Land Cruiser before purchasing it, and couldn’t find much wrong with it. There is quite a bit of play in the front tailshaft, but by fitting a part time kit it should fix the issue (apparently this is a common issue with the Land Cruisers). I changed the diff oils, engine oil and filter, gearbox and transfer case oils and had a good look for any other problems. It will get dropped at the mechanics to get a full look over and to get any issues rectified before we do any major trips. I also purchased a Gregory’s service manual, which I hope to get a lot of use out of! 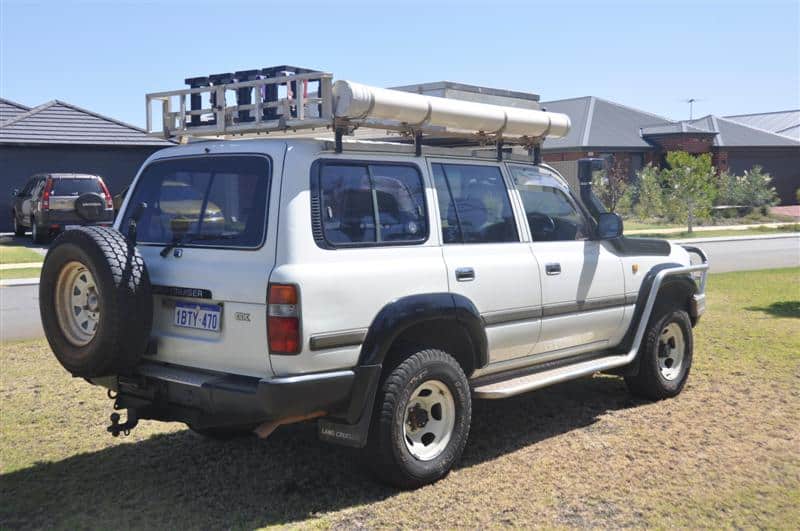 Set up for touring

It did have a massive aluminium case on the roof racks, which will be great if I need the space. However, for now it will sit in the shed. I pulled the Jerry Can holders down too (as it wouldn’t fit in the garage, and I don’t like the idea of so much weight on the roof). I also removed the piece of 150mm PVC on the side of the vehicle. I’ve cleaned it up a bit, but still have plenty more work to do.

Plans for the Cruiser

At the moment I don’t have any major plans for the cruiser. I will be fitting a 3” exhaust, pyro gauge, part time 4WD kit, modifying the rear drawer system and arranging some water storage. It will then be tuned and used!

Eventually I would like to get rid of the aluminium bull bar, side steps and scrub bars and replace them with steel bars. Some HID spotlights would be nice, and I am sure the list won’t stop there!

I have considered fitting 33”s and a 2” lift, but I will wait until these tyres are worn out first.

Why the change from the Hilux?

My Hilux was great, and I had a lot of fun with it. However, it needed a fair amount of money and work spent on it to get it ready and comfortable for touring. The Land Cruiser only cost $1200 more than what I sold My Hilux for, so it was well worth it. 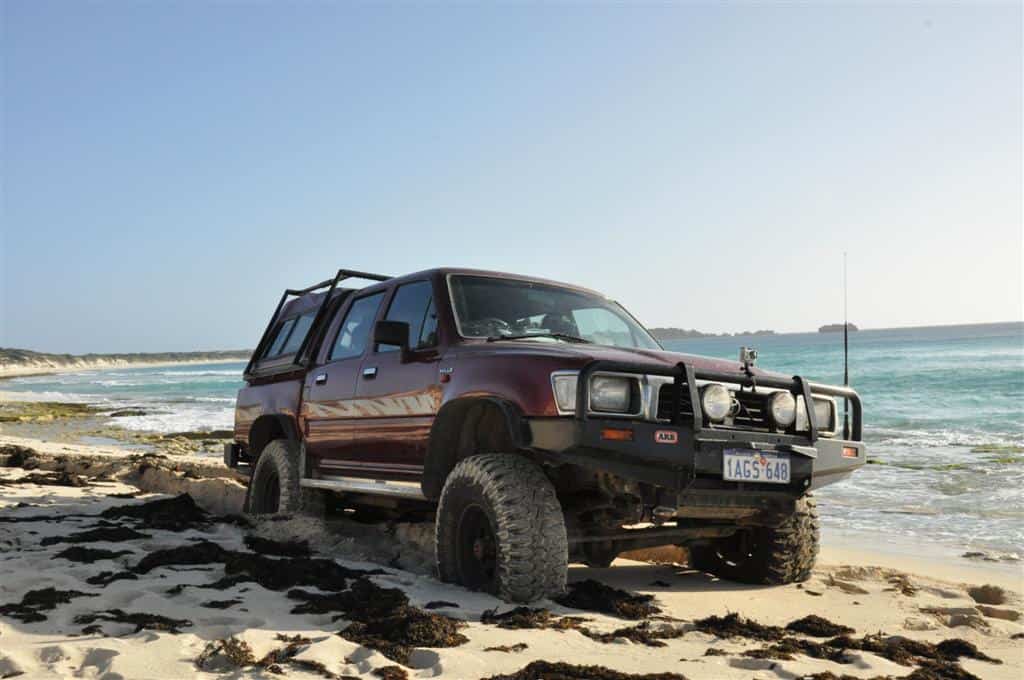 My Hilux had a reasonable range with LPG, but LPG isn’t always available, and it wasn’t the most economical either! I really wanted a diesel vehicle with coil springs, a bit more room and a better range. The 80 series have a great reputation, and I was just lucky to end up with one that has a factory turbo!

I look forward to many trips in the new (old) vehicle and hope to see you out there!