Our first major spillage in the upright fridge

Every now and again, you make a decision that you know is probably not very good, and yet you roll with it anyway. Well, at least that’s what I do, and when I opened our upright fridge after several hours of 4WD tracks in the Windy Harbour to Fish Creek area, I remembered why I’d thought it wasn’t a good idea at the time.

You see, the night before we’d had delicious lamb and gravy, with potatoes and sour cream, and Sarah had bought a big container for the next nights dinner; nacho’s. I recall putting it back at the top of the fridge, precariously balancing on the top shelf and thinking ‘I’ll find a better place for that tomorrow’.

Turns out, my memory isn’t as good as it once was, and the ‘later’ was after it had tipped over and spilt about half of its contents throughout our fridge, much later in the day.

Initially I gasped, and then I laughed. Sarah was less impressed, as we began wiping sour cream off all of the fruit, packets of cheese and racks. It had to be on the top shelf, where it’d spread over every single rack underneath. 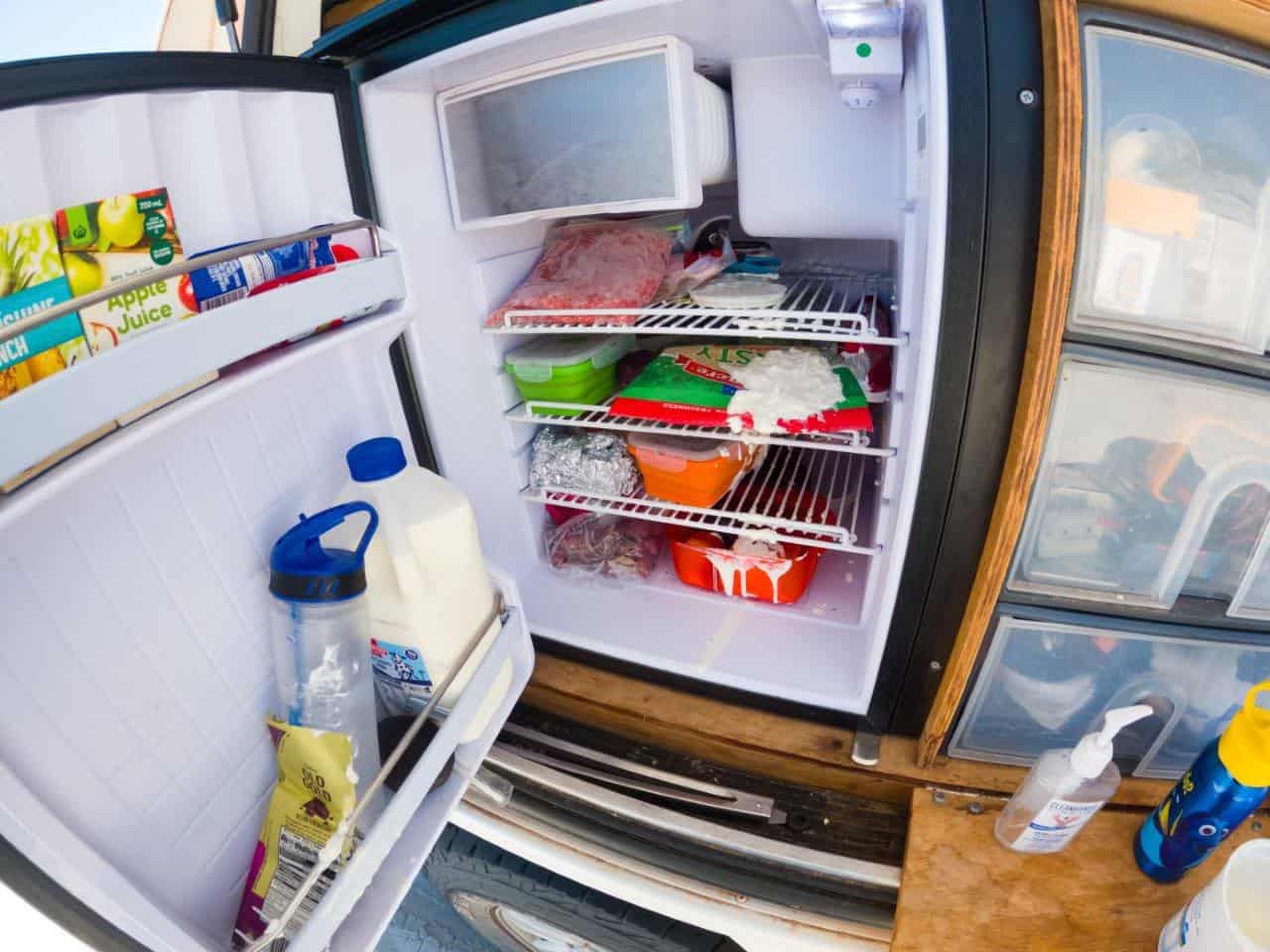 Thankfully we had a pack of baby wipes, and about 15 minutes later had a relatively sour cream free fridge, even managing to recover a fair chunk of it that had been caught by a packed of grated cheese.

I guess you live and learn; lots of people complain about upright fridges having food that falls out, or down, and we’ve never really had too many issues with it up until now, and I completely take responsibility for the mess I created.

On another note, the 4WD tracks were so rough that we also managed to damage a fair bit of fruit, and our avocado that was due to be smashed for Nachos was already done for us, to the point where it had split and avocado was starting to come out. Again, not really the fault of our Bushman Upright fridge, but something we’d not experienced before. 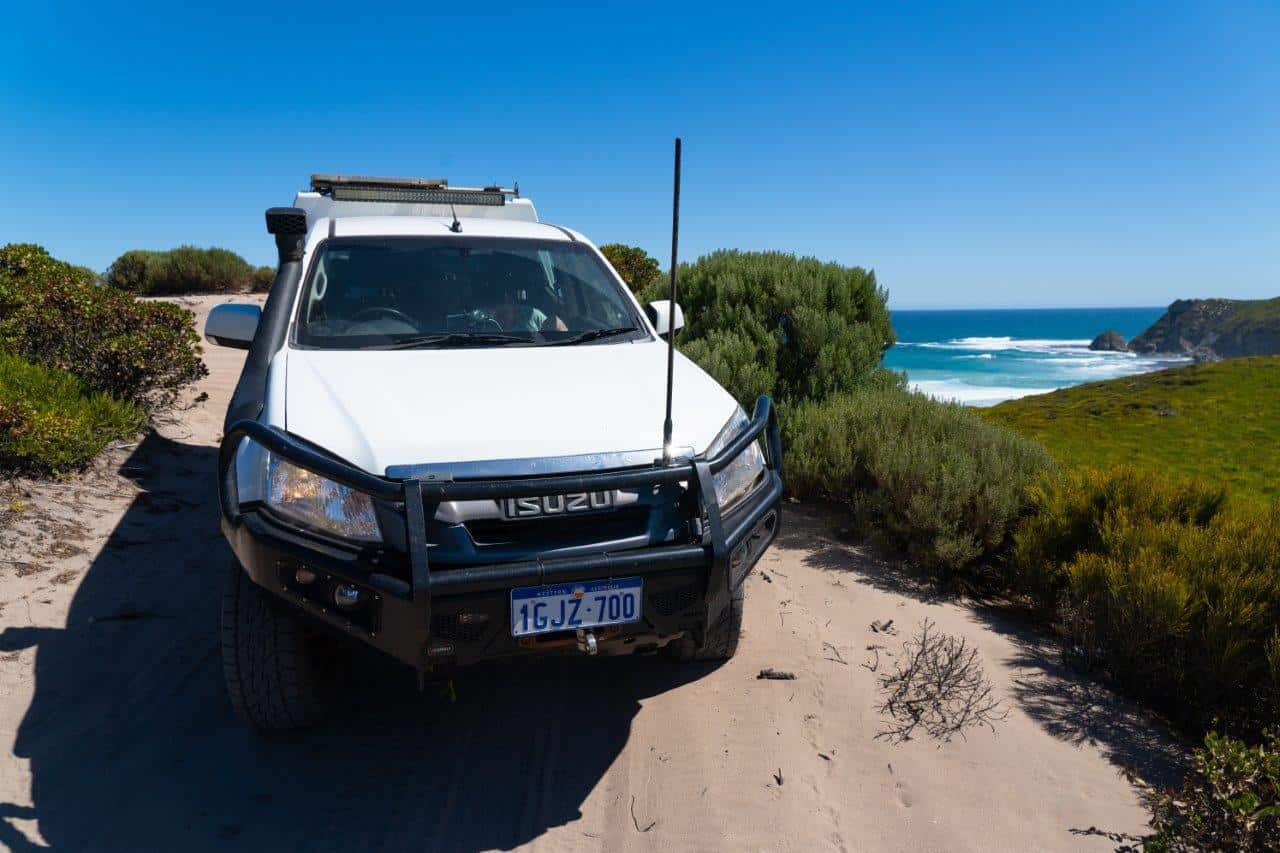 The tracks around Fish Creek are pretty rough! 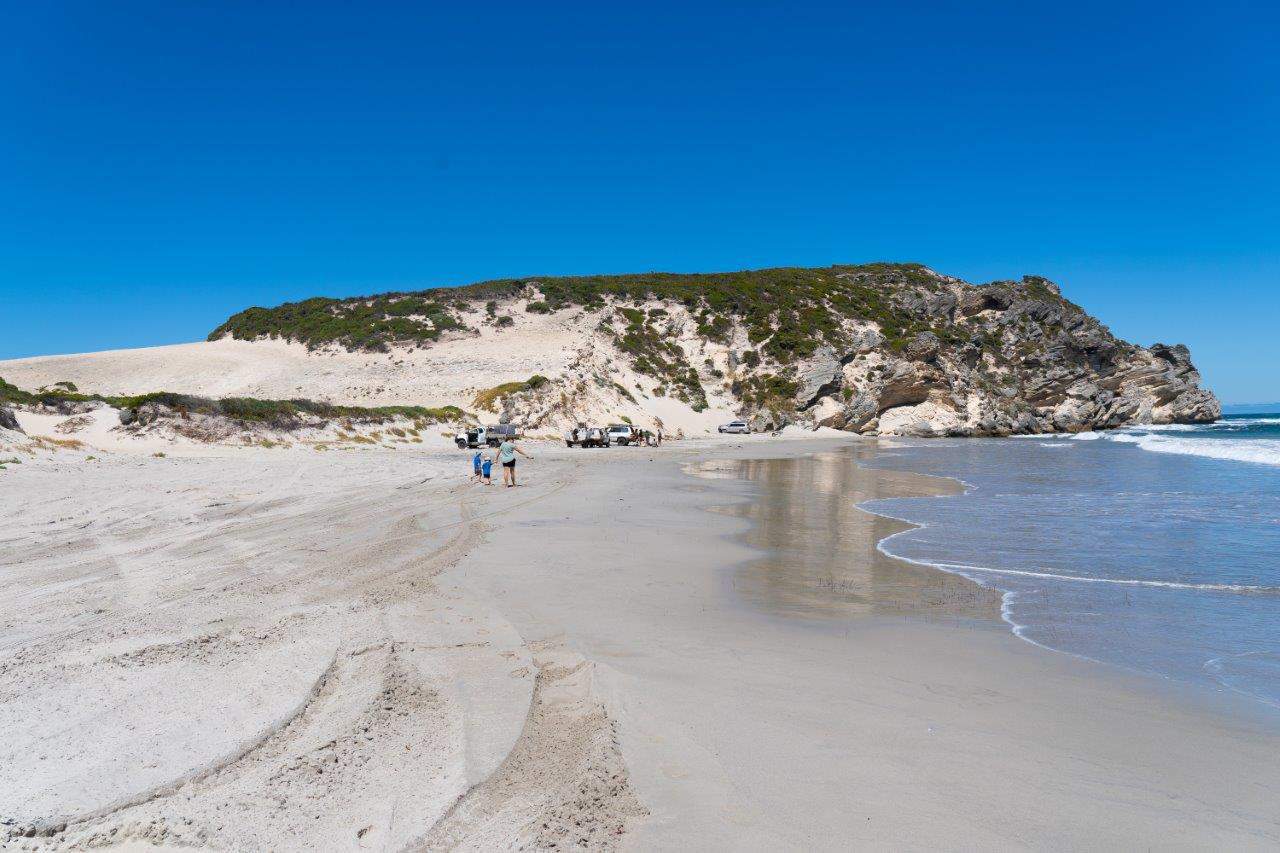 Parked up for lunch with extra sour cream

The relentless corrugations and back and forths had probably lifted each item in the fridge and slammed them back down several thousand times, and it was damage we’d not ever seen happen previously.

Nevertheless, we’ll pack more carefully next time, and try to maintain some humour in it all; you’ve got to laugh when these things happen! 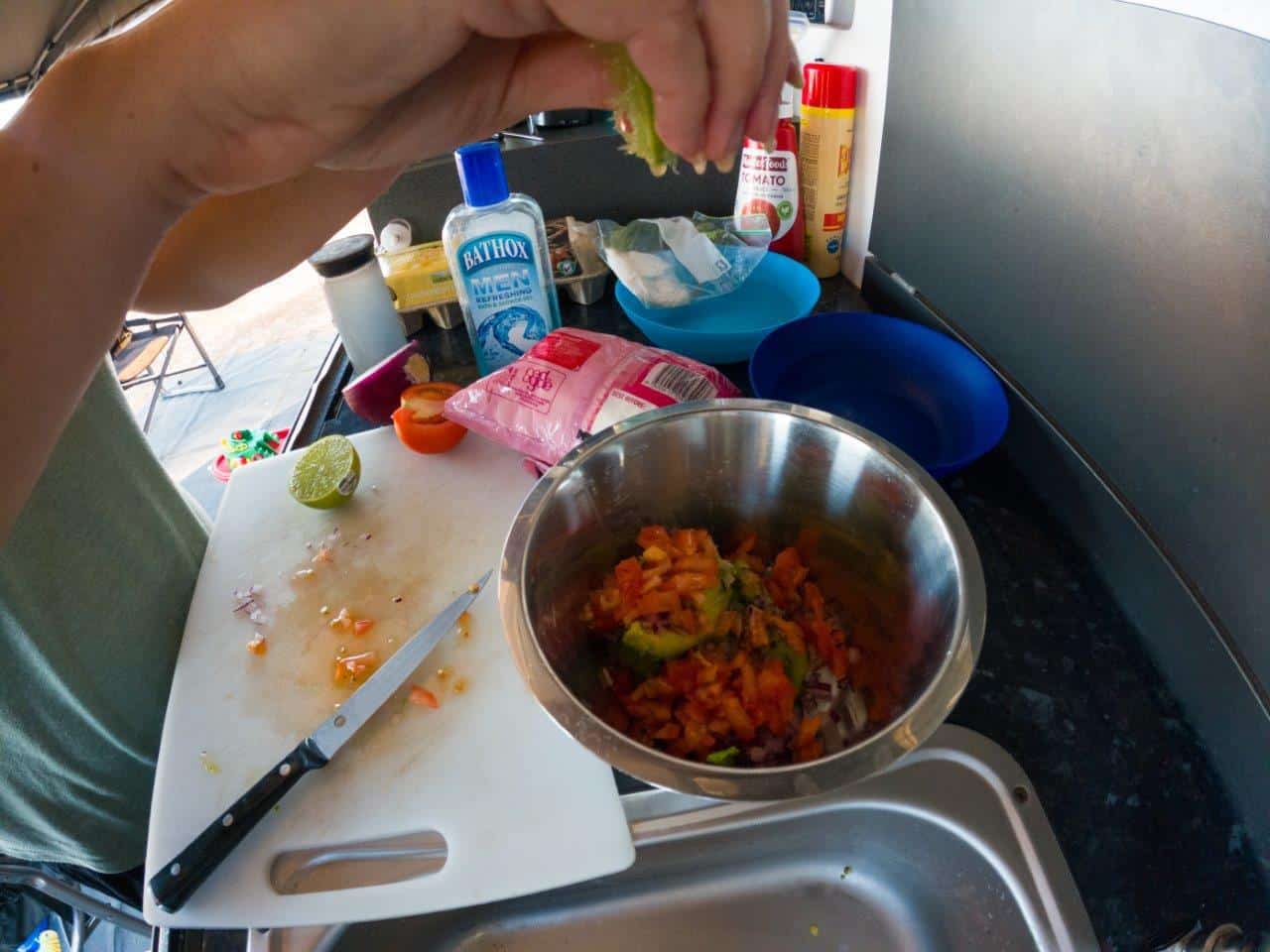 Making the Guacamole was easy with pre-mashed avo