We’ve just come back from a 5 week trip to the Kimberley in WA, and had an absolutely incredible time. We have plenty to share with you, but for now, I just want to cover some of the things that may be relevant to people visiting the area shortly, in 2015. Please pass this post on to anyone you know of who is heading into the Kimberley this season.

If you want the best guide for travelling the Kimberley including what to see, where to stay, where you can get supplies, permits required and more, check out the ultimate guide to the Kimberley.

Where did we go?

We travelled from Perth to Broome, then to Cape Leveque, Derby, up the Gibb River road visiting most of the major attractions, into Kununurra and then Lake Argyle, the Bungle Bungles, 80 mile beach and back to Perth. Feel free to ask anything you’d like to know that isn’t mentioned below, and I’ll do my best to answer it.

I’ve done a series of 5 photo blog posts, which cover our amazing trip. You can see them here

Lake Argyle and the Bungles

The wet season this year has been absolutely dismal, compared to previous years. Kununurra has not even received 400mm of rain this year, whereas in 2014 to date it had received over 1100mm. Amalia gorge at El Questro has already stopped flowing, but everything else seemed to be running (except a fair bit less than normal).

One of the tour operators was saying he expects the Mitchell falls to stop flowing within the next few weeks. I’m not qualified to back this up; so take it with a grain of salt!

I hate to be the bearer of bad news, but its better you know now than when you head up there. It means that the water level in most of the gorges is not where it would normally be at this time last year. Nonetheless, its still beautiful, and more than worth a trip up. 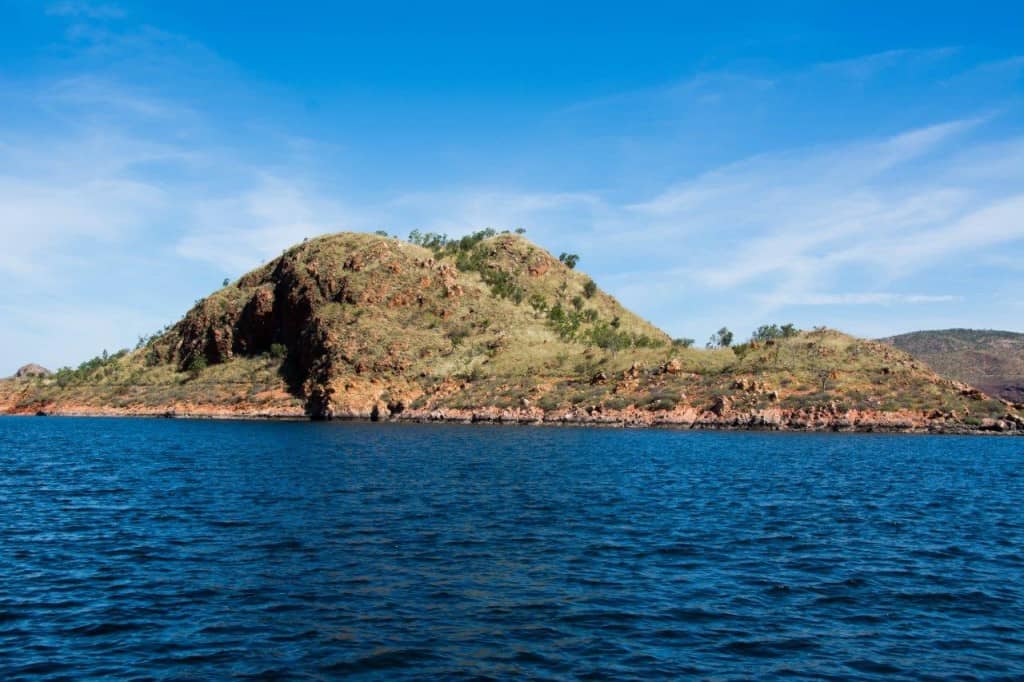 Lake Argyle; if you look closely you can see the normal level where the line in the plants is

Being our first visit to the Kimberley, I’m not sure how many of the flood plains normally have water in them at this time of year. However, very few did in May, and its only going to drop.

Durack river and the Pentecost were extremely easy crossings, with the water only being about 40cm deep or lower. 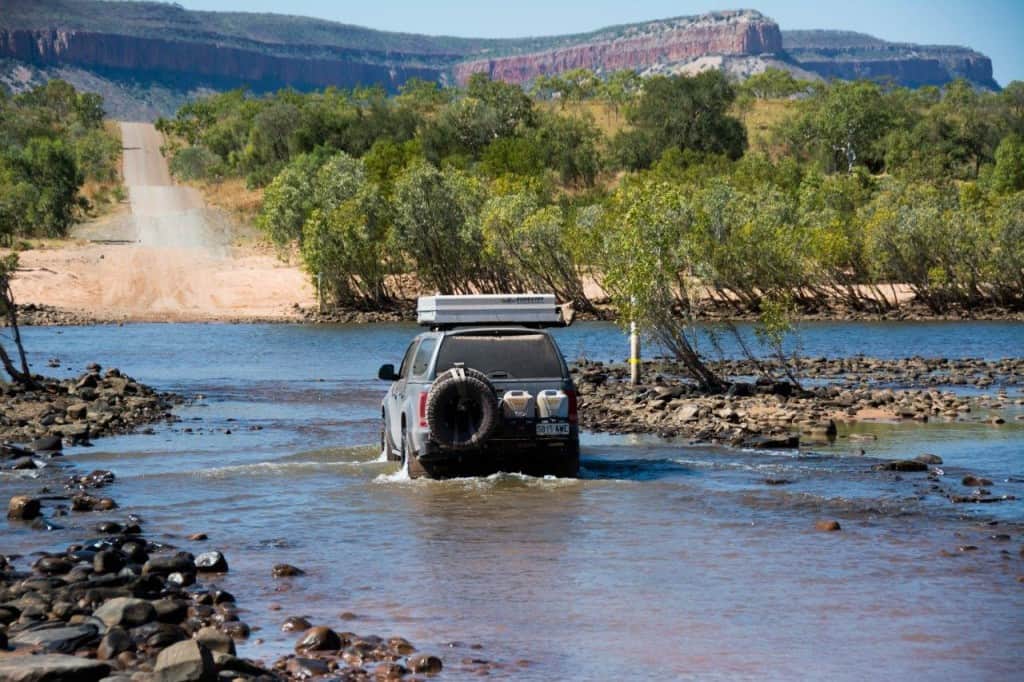 The Pentecost crossing; not deep at all

By now, I hope you have heard that Imintji closed down. This was the cheapest place to get diesel in the past, as well as get LPG bottle refills and various food supplies. However, due to a disagreement between the community and the store, it has shut permanently. 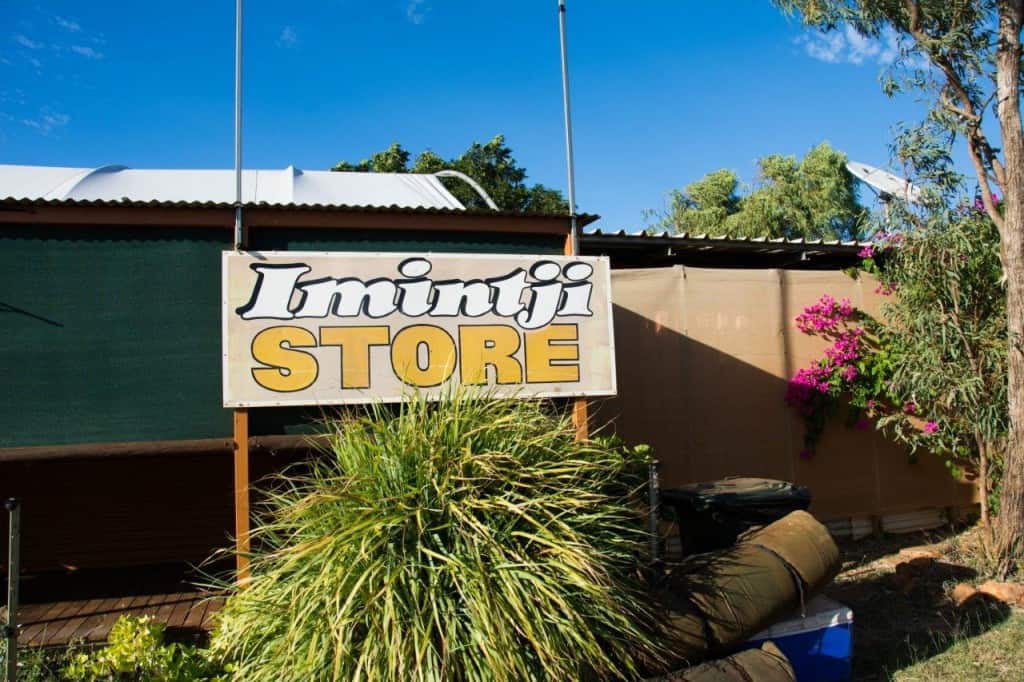 Make plans to top up elsewhere

We called in quickly, to see a bit of activity going on around the store, but with big shut signs on the door, with the last opening day being many weeks ago.

I hope this opens again in the future, but who knows.

There have been a number of bush fires in the area. Some may have been deliberately lit, whilst others were prescribed burns. Sometimes these result in road closures, so just be prepared to change your plans around them. Hopefully they will slow down soon. Remember though, there is very little fuel up in the Kimberley compared to down south, and as a result the fires are very slow moving, and not fierce at all.

The mosquitoes were bad in a couple of places early on along the Gibb River road. Plenty of insect repellent and the coils that you burn never go astray.

Most days were around 25 – 35 degrees, with the nights dropping down to around 20 near the coast and 12 – 15 along the Gibb River road. We had a couple of freezing nights at Mornington and Mt Elizabeth, where the mercury dropped below 5 degrees.

Asides from the occasional closed road due to a bush fire, the only other road we saw that was shut was to Leonard gorge. I believe it is still closed.

Top your tanks up at either Derby or Wyndham/Kununurra, as the fuel is much more expensive on the Gibb. 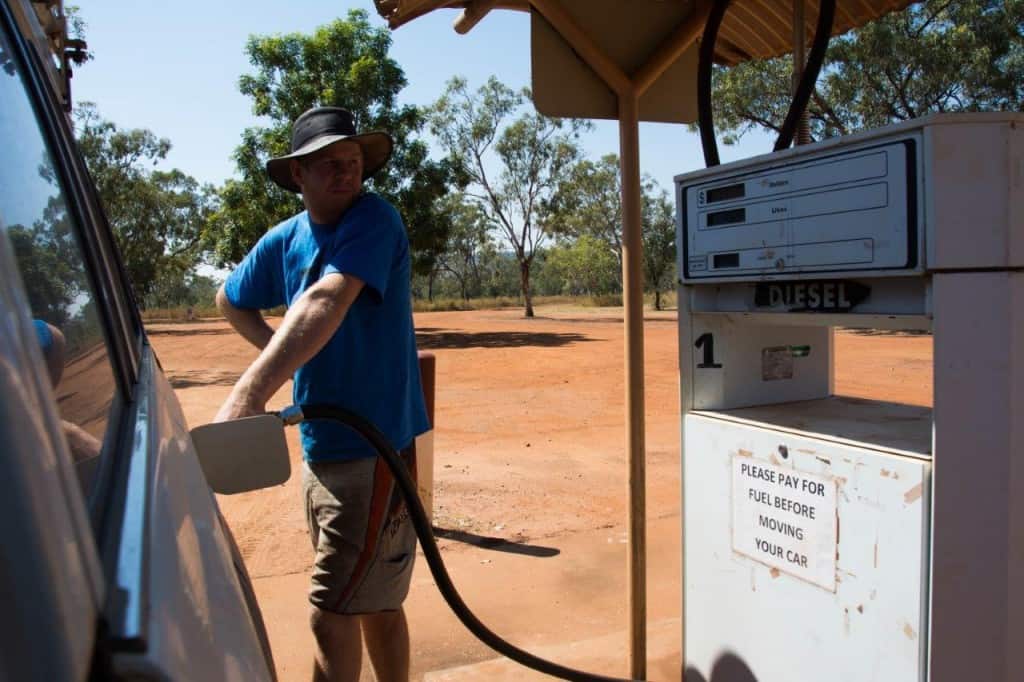 Filling up at Mt Barnett

We were told by a local in Broome (who is heaviliy involved in the tourism industry) that this would be the last year you can see the Kimberley in its true colours, before the cane toads arrive in swarms.

However, I wasn’t aware that they have already been in the Kimberley for a couple of years now. They got to Emma Gorge about 3 years ago, and to El Questro station not long after that.

It wasn’t until one evening (several nights into our stay) at El Questro that we shone the torch around to see what was making a thunking noise, and found at least 5 cane toads within a few minutes. We got the brochure out to ensure they were cane toads, and got rid of a number of them. 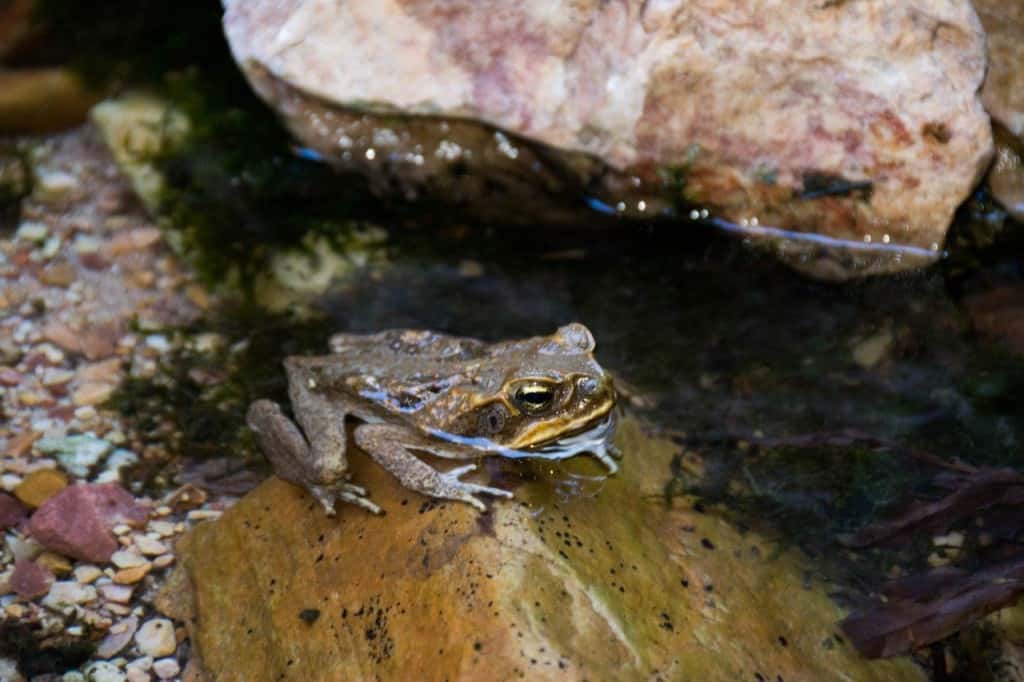 Soon to be a huge problem in the Kimberley

These are feral, nasty pests that you need to be aware of. They ooze a pus like substance out of glands behind their ears, and if that goes into your eyes or mouth, it can be deadly.

Full size freshwater crocodiles are killed within 3 minutes of eating one, so keep it in mind.

At Emma Gorge, and the Bungles, they have a mesh container, with bags that you can collect the toads in, and tip them into the container. They are humanely euthanized twice a week, and the more that get killed the better.

These destroy our native animals; freshwater crocodiles, water monitors, birds and they compete against the natural frogs. Be sure to pick up a Brochure which goes through a number of things to ensure you haven’t actually picked up a native frog (some of them look very similar!).

The Gibb River road was in very good condition in early to mid may. Most sections were almost in ‘as graded’ condition, with a couple of spots that had some fairly mild corrugations. For the majority of it (the straight sections) , you could safely sit on 80 -90km/h, with plenty of places that were almost better than the bitumen roads back at home! Road conditions are a matter of perception. We thought the Gibb was fantastic, and yet there were those who were saying it was the worst road they’d ever driven on. Expect it to be rough, and it can only better your expectations.

The only major road that was a bit nasty was Kalumbaru, up to the Mitchell falls. This had some decent corrugations, but if you sat on 70 – 80km/h it was fairly comfortable.

The road into Mitchell falls has a pretty bad reputation, and was the worst we had driven on, with many people taking 3 hours to do the 88km. Apparently though, when we went, it was in reasonable condition, and by late June, it would be chopped up much worse.

I believe the Gibb is graded several times a season, and more current updates are that the road is getting worse every day (it get absolutely hammered by huge quantities of vehicles every day). It’s a bit of a luck of the draw as to the condition when you visit! 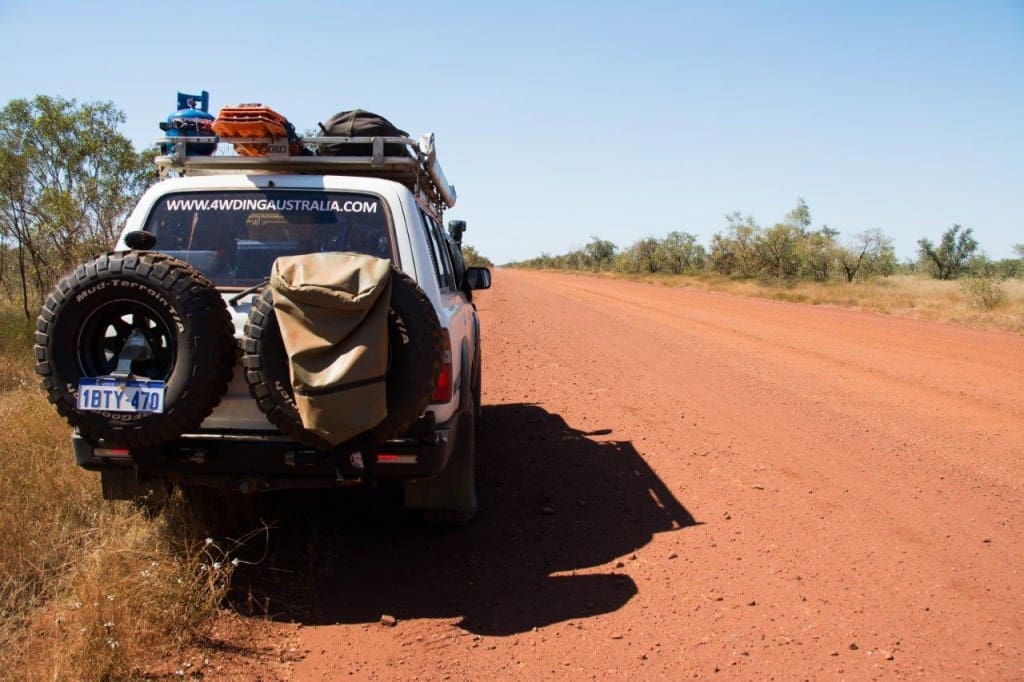 The start of the Gravel on the Gibb River Road

Cape Leveque road was pretty good too; we were sitting at about 80 – 90km/h for most of it. The road into Middle Lagoon was a bit worse, but not in terrible or uncomfortable condition.

The road into the Bungle Bungles was pretty good, all things considered. It is windy, with lots of up and downs, but the corrugations were fairly mild. Expect this to get worse as the season goes on though.

Places to book your camp sites

A number of the places in the Kimberley where you can camp do not take bookings. However, below are those that we stayed at, which you should book prior to leaving home. We found these to be quite busy, and you would be pushing your luck to arrive one day and expect accommodation that evening.

If I’ve missed anything, leave a comment below, and I’ll do my best to pass on any up to date information we may have come across, or know of.