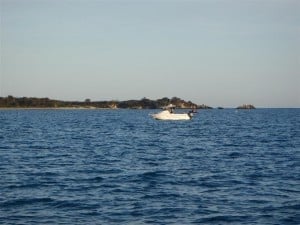 You have to be in it to win it!

Every year, Pink Snapper come into Cockburn Sound to breed. In the weeks leading up to the Cockburn and Warnbro Pink Snapper fishing closure, fishing becomes incredibly popular. Fishing for these Snapper can test your patience though, as they will go for hours without touching any bait, and then all of a sudden go into a huge frenzy.

When does the Snapper season close?

From 1st October, it is illegal to be in possession of Pink Snapper while fishing in either Cockburn or Warnbro Sound. This area extends from Woodman point west, to Carnac Island and down the east side of Garden Island, and meeting up directly with a point west of Beecher Point. Pink Snapper are still allowed to be caught outside of these areas, and may be transported through the sounds to the boat ramps.

The Snapper season exists because of the need to conserve the breeding stocks of these long living and slow growing fish. The season opens back up on the 31 January. 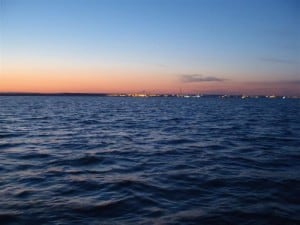 Out before the sun is up

When is the best time to fish for Pink Snapper?

Generally speaking, sunrise and sunset are the best times to catch Snapper. However, you will hear of them being caught at other hours – they can be very fussy. If you are fishing in the morning, you really want to be on the fishing spot before the sun comes up. If you are just leaving the boat ramp as the sun is coming up, there is a good chance you will be too late. Snapper will often bite just as the sun is going down, and sometimes for several hours afterwards. When there is action, it’s thick and fast. When there isn’t, you can be sitting there for hours with very little to do!

It is also commonly accepted that fishing for the Pink Snapper just after rough weather is the best time. They seem to get stirred up by the weather, and will be on the bite more often than when the weather is flat calm. 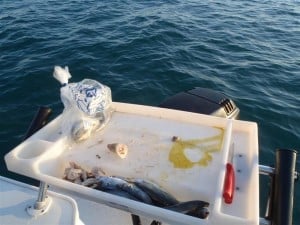 What traces and bait are best for Pink Snapper?

I am not going to give, specific advice, because I am not the most experienced fisherman! However, Mullies or Yellow Tail are the preferred bait (or fresh squid) and most people suggest putting the fish on with their heads facing down the line. Snapper take the head first, and a better hook up rate is achieved by doing this. Most of the time I use ganged hooks and a small ball sinker to ensure the fish sinks. If you can catch a few fresh squid, these often work very well as bait too! 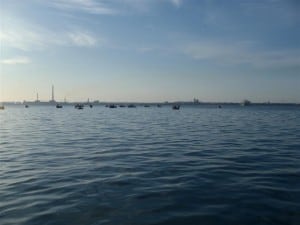 Plenty of boats on the D9

Where is the best place to go?

I won’t give away specific locations, as it’s not fair on any of the guys that have spent hours finding their special spots. However, I will say anywhere with uneven ground, or features (wrecks, pylons etc) are good places to start. You will regularly see 30+ boats at some sites in Cockburn sound, but usually not everyone gets a snapper, if you know what I mean! Most people launch at Woodman point boat ramp, but you can launch at Point Peron, Palm Beach or even Fremantle if that is what you prefer to do!

What is the legal Pink Snapper Size?

Can you catch Pink Snapper elsewhere?

When September hits, Snapper reports become common throughout the metro area. They are regularly caught at the 5 Fathom bank, 3 mile bank, behind Carnac Island and even occasionally off the beaches and groins. Cockburn and Warnbro Sounds are where the most Snapper are caught, however you do often have to compete against many other boats going for the same thing!

This year, there have been a number of reports of big sharks chasing the schools of Pink Snapper around. I read that about half of the Snapper caught one evening were taken by big white pointers, so this is something to be mindful of! If you are a kayak fisher, I would be staying away from the area, but that is your call. Generally speaking the sharks are just getting a feed and are not aggressive, but it only takes one!

What is the Demersal fishing ban?

It is worth noting also, that there is a Demersal Fishing ban which comes into play from 15th. October to 15th December. This applies from Kalbarri to Augusta, all the way down the West Coast. The following fish are not allowed to be kept during the Demersal Fishing Ban closure:

The idea behind the ban is basically that fish stocks of high risk species have dropped considerably over the years, and the fishing department wants to try and lift the stocks. By preventing these fish to be taken for a few months the fish stocks will slowly regenerate.

It’s always a lot of fun trying to get a feed of Pink Snapper. They aren’t the easiest fish to catch, and those who regularly get them often spend a long time finding good spots, and have a lot of patience. If you want to have some fun, give it a go. On a calm day, I have seen little inflatable dinghies giving it a go. Garden Island protects most of the sound from swell and chop, which is great.

Let me know your experiences below fishing in the sounds for Snapper.