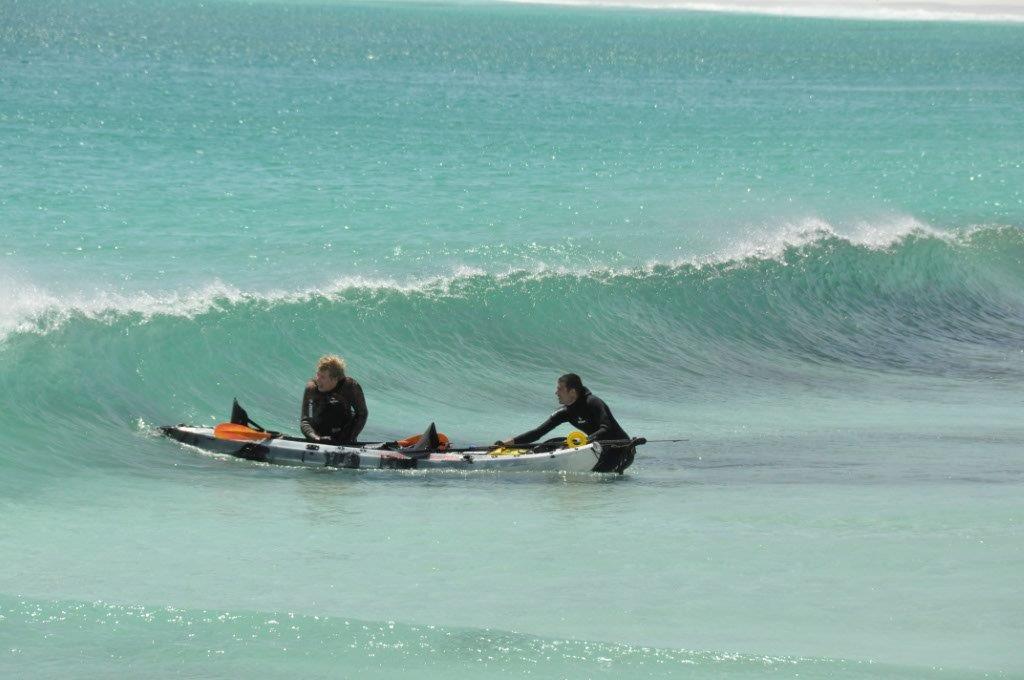 After a few hours spearfishing from the Kayak near Thomas River in Esperance, we were well and truly knackered. On the way in, I see the waves and say to Daniel ‘We should probably attach our gear to the Kayak’. ‘Nah mate, we will get a gap in the waves’. I agree, and we paddle in.

A few seconds later I turn around to see a wave rolling in behind us, and we both bail from the Kayak just in time to see the wave pick it up along with all our dive gear and fish and flick it into the shore.

We spend the next 5 minutes blindly searching for dive fins, masks, gloves and the fish we worked so hard to shoot. We found everything except for a little fish, which was probably eaten by a stingray. Exhausted, we stumble onto the beach, to be met with everyone else rolling around laughing. All, except Sarah, who managed to get it all on camera!