Bunker Bay is an amazing beach just west of Dunsborough. It is located on the north side of Cape Naturaliste which is one of the western most points in the south of WA. Bunker Bay is brilliant because of how protected it is from the wind and swell.

Most of the weather comes from the west, and with a huge cape in the way it’s almost always calm at Bunker Bay. Accommodation is limited to a resort and private housing, but you can rent these out if you wish. The whole area is quite up market and luxurious; perfect for a relaxing holiday. To top it off, this is very quiet in comparison to Dunsborough and Eagle Bay! 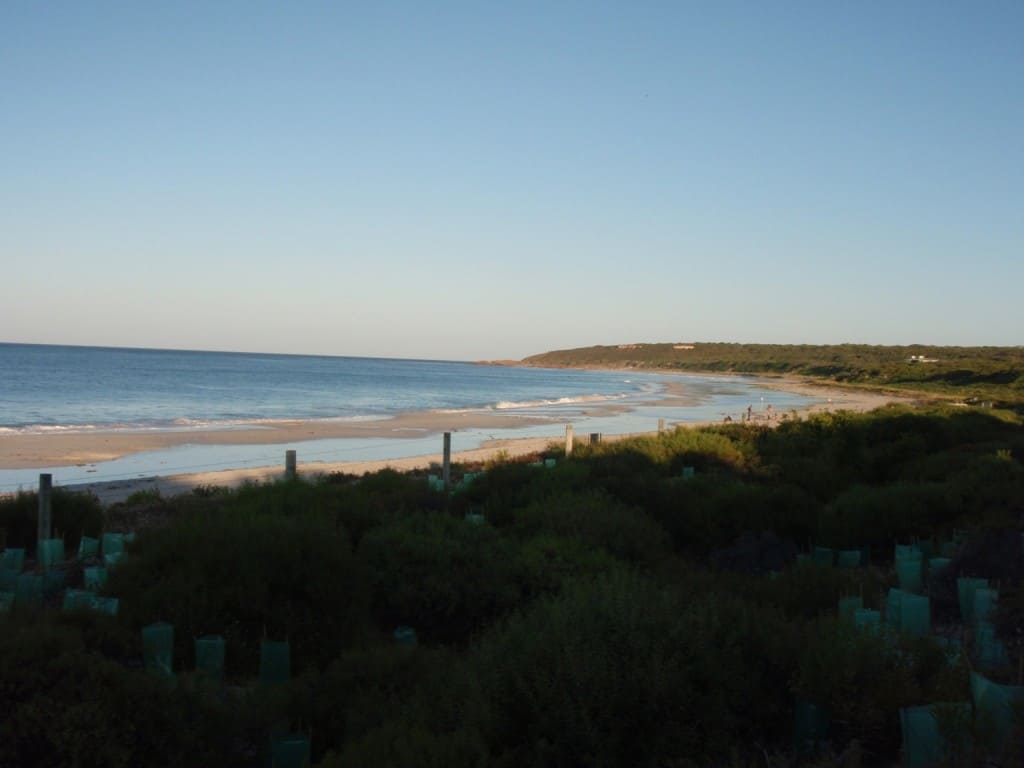 How do you get to Bunker Bay?

Turn right at Bunker Bay road; the last road on the right hand side. From there, you can either drive into the resort, where the café is or if you have access to the private housing area you can drive in there(it has a big gate with a pin number on it)!

As I mentioned above, the accommodation in Bunker Bay is limited to a single resort, and a select number of houses. The prices for all of these are quite expensive, but most of the houses are within 50 metres of the beach, and they all have good views! I have heard mixed reviews about Quay West Resort Bunker Bay, but I have never personally stayed there. If you want some cheaper accommodation (although some of it is more expensive) you can stay at Eagle Bay or in Dunsborough itself. Eagle Bay is the next bay down, and is just as nice to stay at. The difference is simply a lot more housing and as a result it is a lot busier.

There are some spectacular places to fish from at Bunker Bay. The beach itself yields some great fish (including lots of salmon when they are running) and fishing from the rocks is quite often good too. If you have a boat you have endless opportunities; just drift and look for some lumpy ground! You are allowed to spearfish in the area (and quite a few people do) but you are best off heading around the side of Bunker Bay in the rocks to do that. 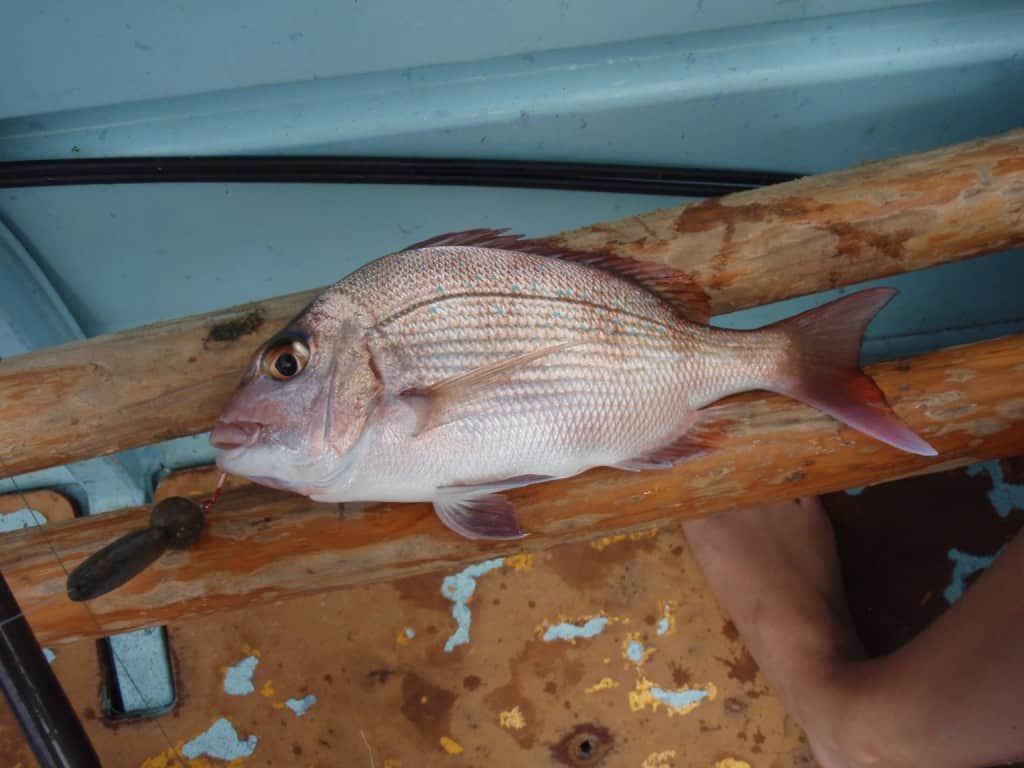 It’s only a 10 minute drive back into Dunsborough to get supplies, or you can visit Eagle Bay to get basic items. Busselton is another 30 minute drive east, and Yallingup is a bit less of a drive west along caves road. Heading south you can visit Margaret River which is well known for its vineyards and surfing.

There are plenty of caves to explore, and Augusta is an amazing location to see as well. Smiths Beach is similar to Bunker Bay except it is on the western side of the cape. Its quiet, has limited accommodation and is a little drive away from the main towns. The whole South West coast has a lot to show off; which explains why it is so popular! 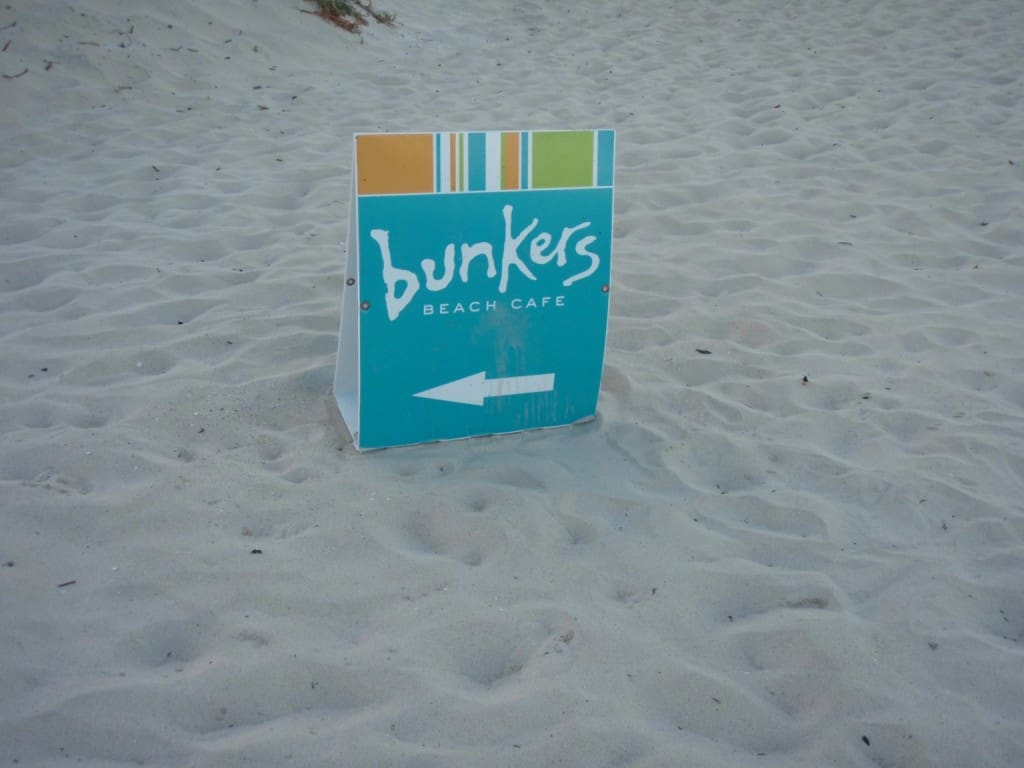 For fishing, the western coastline is generally better although this is only in good weather! The west coast gets absolutely smashed in stormy weather, which is why Bunker Bay and Dunsborough in general are nice. Even in the worst of conditions you can still enjoy the safety that the Cape has to offer. The western coastline is well worth a drive down, especially if you are into surfing, snorkelling, fishing, kite surfing or wind surfing! 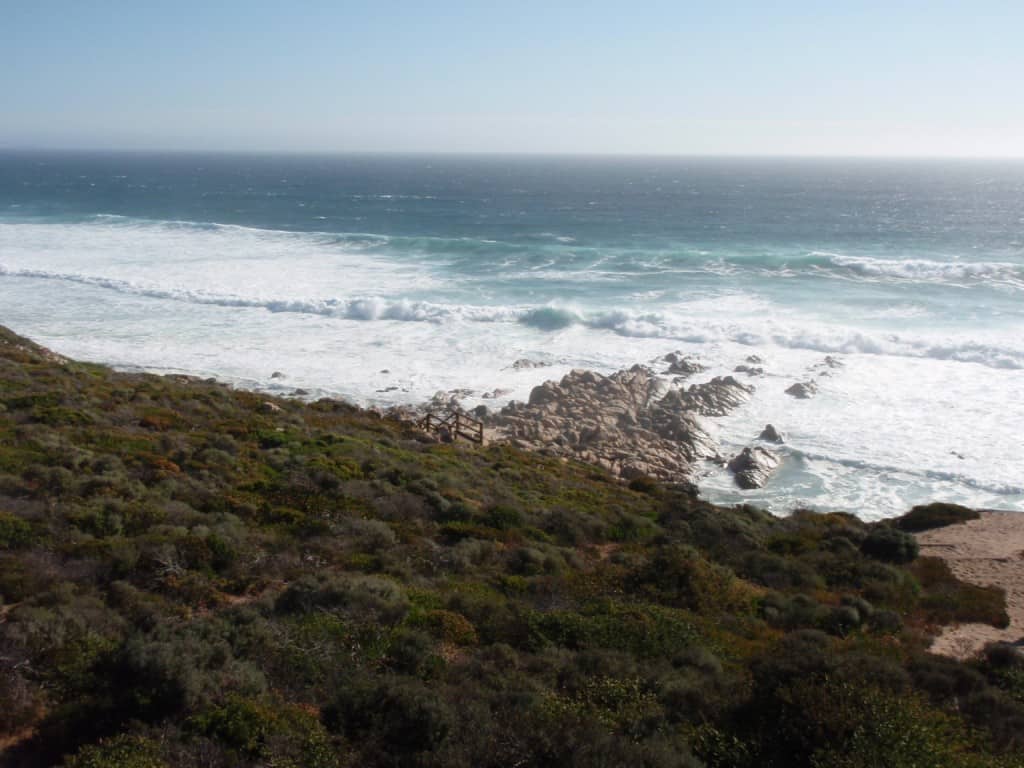 The West Coast on a rough day

There are a lot of people that use boats in Bunker Bay. If you are a local you just keep your boat on the beach over night or Moore it out deeper, but the nearest boat ramp is Eagle Bay (just a beach that you launch on) and this is not always open. If it is open, you need as a minimum a vehicle with low range and you have to let your tyres down! It’s so easy to get stuck on this beach, especially when you are towing a boat. Make sure you have a look at the ‘seal island’ just west of Bunker Bay; they are playful creatures! 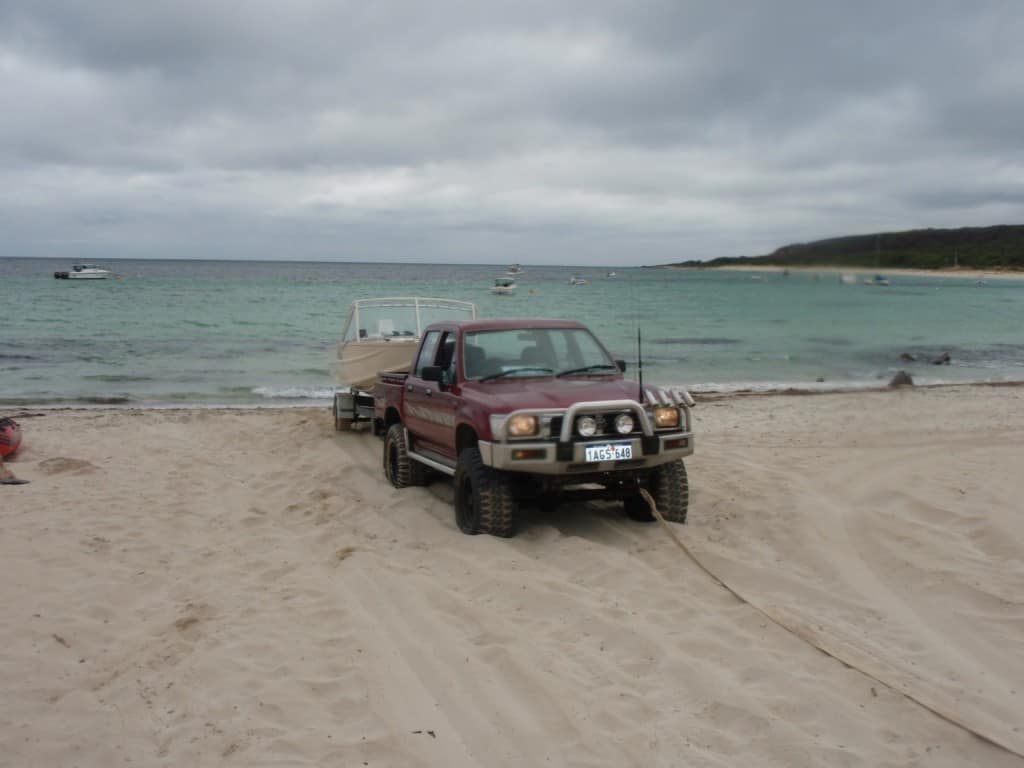 Getting a pull out with the boat in tow

Just off the point, or right in the middle of the bay there are some decent waves at times. This isn’t a very well known break either, so you usually don’t have to put up with too many other people! Generally the body boarders go to the beach break, whilst the surfers hit the point. 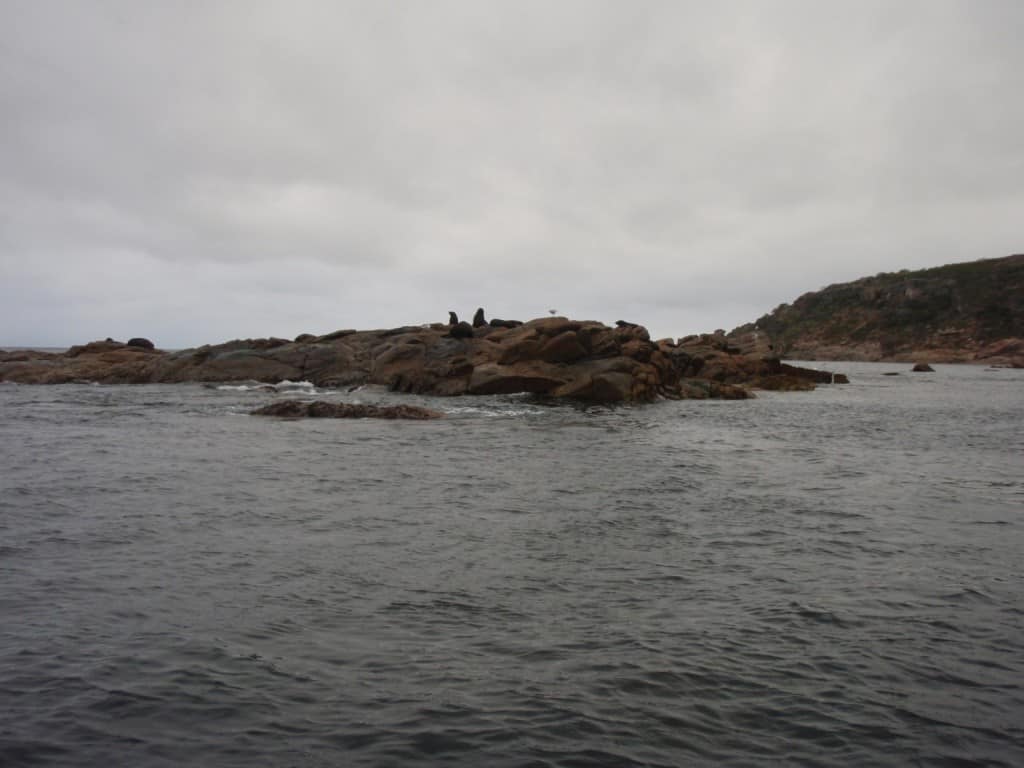 Seal Island is well worth a look

Bunker Bay is an awesome place to visit, and I have spent a lot of time there. There is good fishing, snorkelling, walking and its big enough to relax in peace (except on a summer’s day; then the whole beach is covered with people!). It is one of the bigger attractions in Dunsborough, so enjoy the crystal clear water and amazing beach.