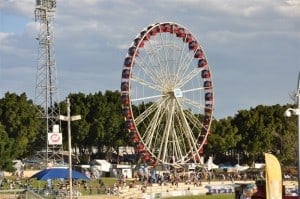 A new Ferris Wheel near the main arena

Every year, the Perth Royal Show is held for a full week, Saturday to Saturday. It is an opportunity for the agricultural produce to be shown off, lots of competitions to happen and even more entertainment. From baby animals through to country displays, thrilling rides, unique product displays, cars, tractors and food the Perth Royal Show has something for everyone. 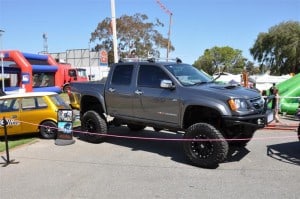 A huge Colorado on display

When is it held?

The first Saturday of the Perth Royal Show is when the Grand Final of AFL is played, which is at the end of September or beginning of October. In 2011, the show runs from 1st October to 8th October. Usually it runs through a public holiday on the Monday (but in 2011 the public holiday has been moved to the 28th October because of CHOGM).

Where is the Perth Royal Show?

The show is held at Claremont Showground. You can find it on Google Maps here. 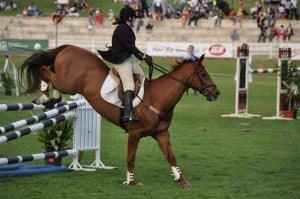 Horse jumping is popular in the main arena

Getting to the Perth Royal Show

There are a few ways to get to the Royal Show. The most popular way is to drive, although the train service is not a bad way to go either. The train on the Fremantle line stops right on the side of Claremont Show Grounds, making it very easy to get to and from. If you drive, the main issue is finding parking. Make sure that you find somewhere that is legal though, as some hefty fines are handed out every year (around $150 each).

What are the prices?

For the first time in 2011, kids under 12 can enter the show for free (as long as they are accompanied by an adult). For the rest of us:

You can get cheaper tickets though – see below:

Where can I get cheap tickets to the Perth Royal Show?

If you purchase tickets through IGA, HBF and a few other sponsors, you will save a few dollars on each ticket. Check to see if you can purchase them through your work; I know some social clubs sell them for $15 each. 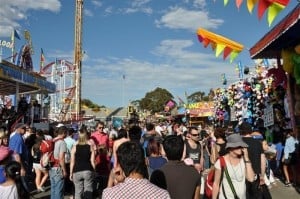 One of the more popular places at the show!

Sideshow Alley is probably one of the biggest attractions of the Royal Show. There are plenty of extreme rides to go on along with the standard bumper cars, basketball games, ladder climbs, plate smashing competitions and the list goes on. There are a number of rides for the kids too. 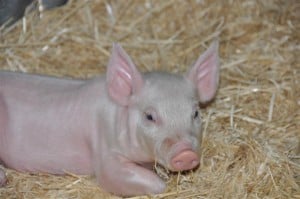 The kids love petting these

There are plenty of animals to see at the Royal Show, ranging from Cows, goats, cats, dogs, birds, Alpacas, Pigs (and piglets), Bulls, Horses and even Camels. A number of areas are set up for the kids to walk with the animals and even pat them.

A large majority of the show is based around agriculture. Whether it’s the cattle competitions or displays of produce from WA you will find plenty to see.

The police usually have a police car and motorbike on display, along with a number of police officers talking to the public. There are a number of displays which are also interesting in the police building.

This year, the food is better than I have ever seen it before. You can get a good feed of almost anything that you feel like (including the show favorites like Dag Dogs, Fairy Floss, Toffee apples, chips, sausages and the list goes on). 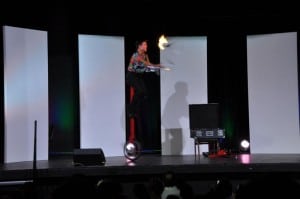 It’s worth finding out what shows are happening on the day that you go to the Royal Show. A number of the street performers are extremely talented, not to mention very funny. The hypnotist and juggler were exceptional this year – I highly recommend them. 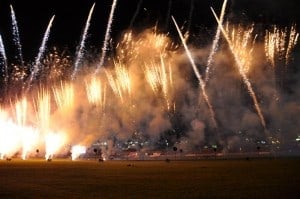 Finishing the evening with some fireworks

From 6:30pm, there is plenty to watch in the main arena. This year, there is a brass band, BMX performances and big motorbike jumps. This follows by an interesting performance by the Crack up sisters and then a fireworks display. It is worth watching!

There is really too much to list here, but I will name a few more. There is a great Dairy Pavilion, which is well worth a look. You can also try a number of food samples (for free!), check out the art and photography house, horse jumping, wood chopping, old tractors, army display and the list goes on!

If you want a fun day out, the Perth Royal Show is definitely worth going to. You don’t have to spend a huge amount of money inside the show grounds either, but there is plenty of room to if you want to!