Why won’t my boat run? Turns out diesel isn’t so good!

Firstly, I’ll put my hand up here for idiot of the year award. Looking back now I chuckle about the whole thing, but down at Dunsborough some time ago I wasn’t laughing so much.

I built an offroad boat trailer a couple of years ago, and purchased a brand new 25 horsepower outboard from Mercury. We’ve had some amazing adventures in it, but it rarely gets used around Perth, so sits around for months collecting spiderwebs.

Unfortunately for us too, we purchased and pre-mixed a fair amount of petrol towards the end of our 3 month trip up north thinking it would be used in the last few weeks, and it didn’t. 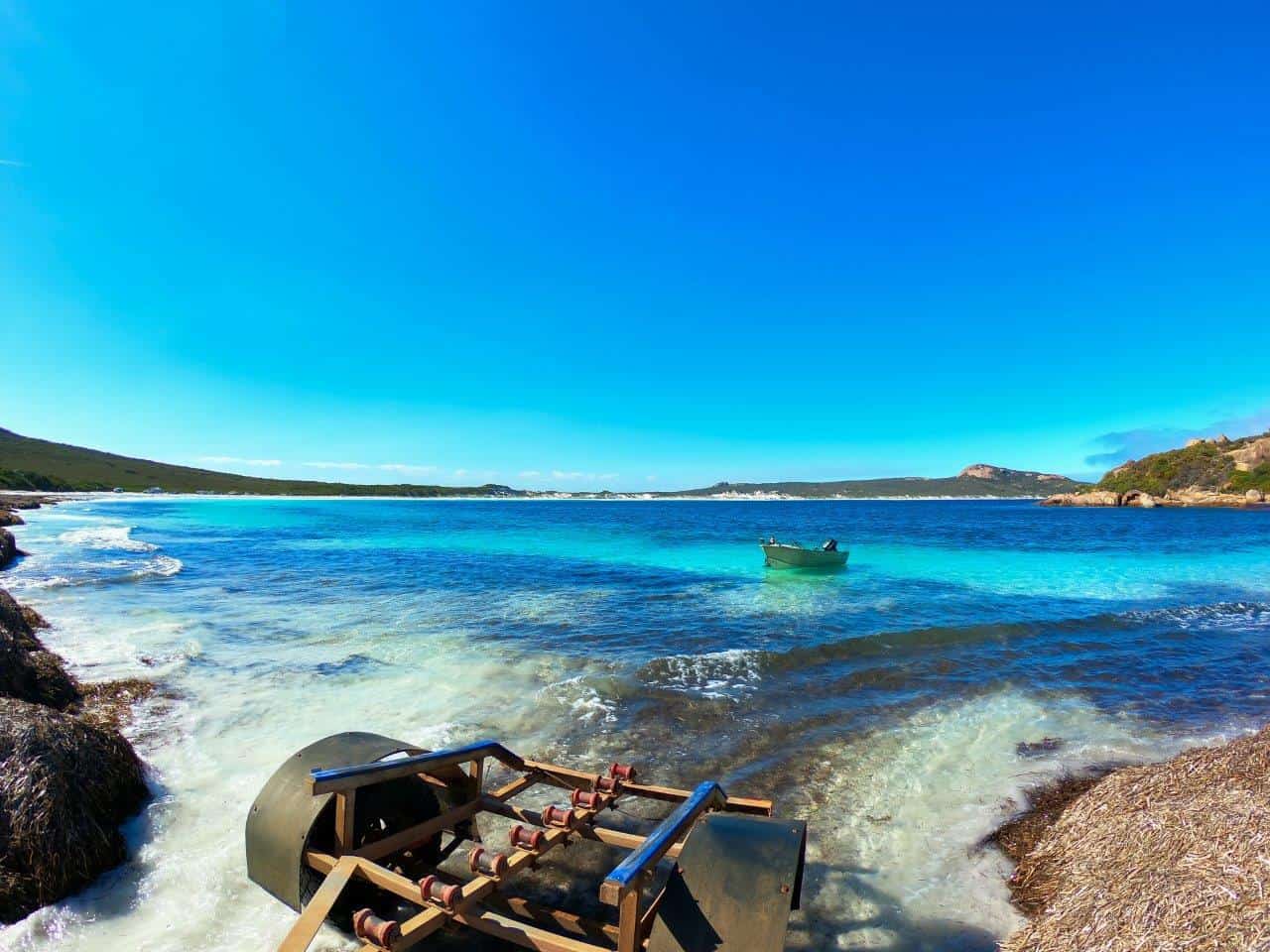 Our boat has seen some pretty amazing places!

A few months ago we planned a long weekend away down at Margaret River, and decided to take our tinny down, and a mates centre console.

As you do, I did all the checks to make sure it was ready to roll, including running the motor, checking lights etc. I noticed the fuel tank was down a small amount, so tipped about 5 litres of fuel in so it was full to the brim, and left it at that.

The weather turned out to be mint, and on the public holiday we threw the boats in at the Eagle Bay beach launch, and drove them across towards Dunsborough to a quiet beach. After everyone else had set up on the beach under the shelters,

I put a few of the kids in and a mate of mine, and we headed out about 100 metres from the shore just to give them a bit of a taste of being in the boat. They’d been going on about it for days, and were pretty excited.

Just as we reached the start of the ski zone, I started to slow down, and the motor stuttered and then died. Strange. We’d never had a single issue with the motor, and it had been used a fair amount all over WA.

Immediately I started to wonder if the fuel was bad from sitting around for so long. I tried a number of times to start the motor, with no luck. Fortunately for us though, the other boat was still in sight, and we got their attention and were towed back to the beach.

I was a bit puzzled, and decided to give it a good run to clear out any bad fuel. I struggled for ages to get the motor to run, and when it did, as soon as you put it in gear it would stall.

Eventually I got it going in gear, and held it pinned flat doing bog laps several hundred metres out from the shore for a good 15 minutes. It felt like the issue had gone away; it would idle fine, take off, slow properly and life was good. 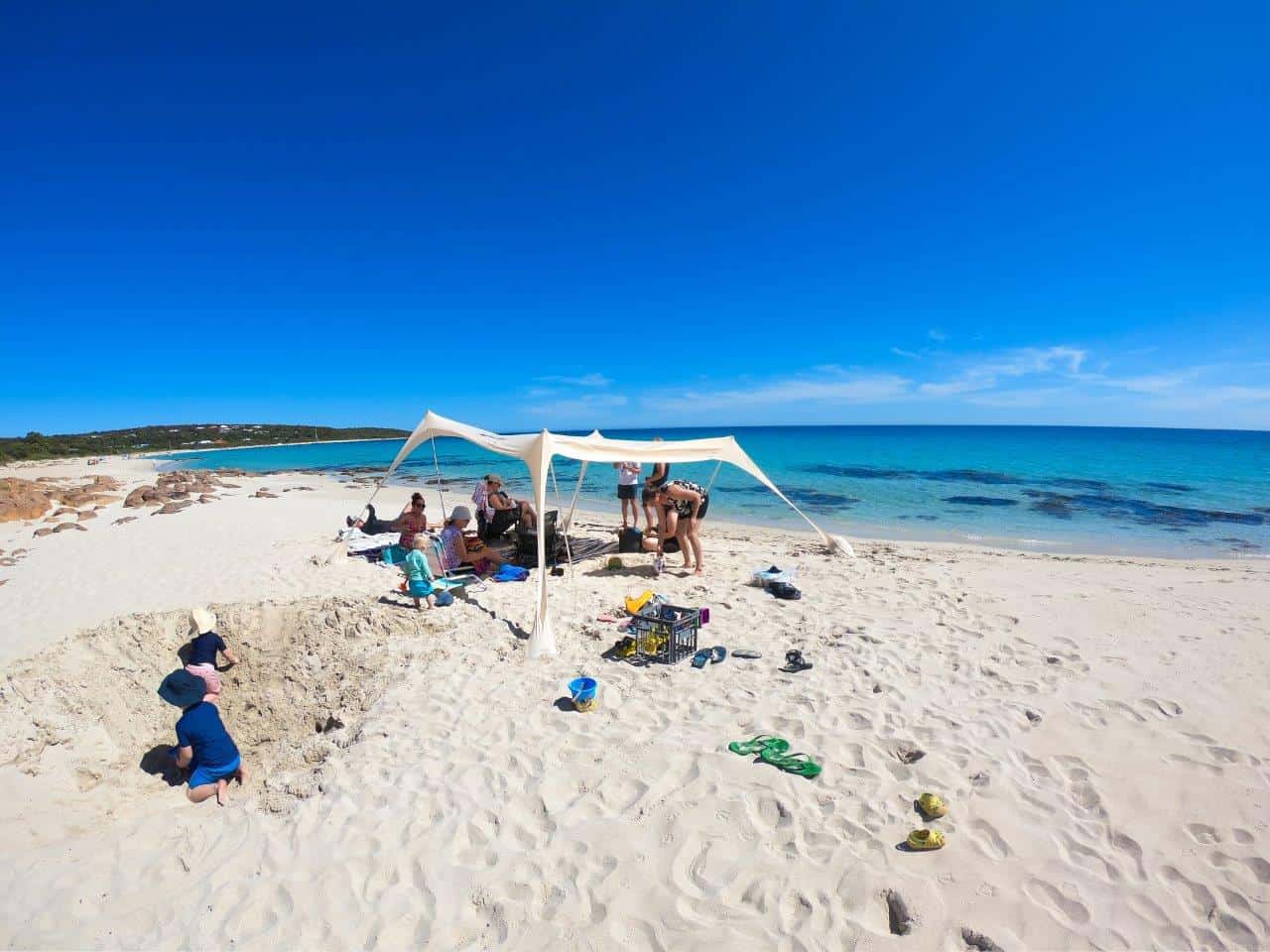 Relaxing on the beach at Dunsborough

I pulled back into the beach, and kicked back for a while. Not long after, and I couldn’t get it to take off again. I tried a number of times, and had to keep it revving fairly high so it wouldn’t stall, and there was smoke pouring out the back of the motor.

A bit of smoke on start-up was common, but this just stayed there and wouldn’t go away.

Now, for a second, imagine that the beaches around Eagle bay are quite popular, and upper class, and there were a LOT of people by now on the beach. I’m sure they thought who’s this nutter smoking everyone out, but I didn’t have much of a choice and still chuckle about it now.

We cleaned the spark plugs, and still didn’t have any luck. We couldn’t even get it to run again in gear, so gave up and it was very slowly towed back to the boat ramp, and loaded onto the trailer in shame.

When I got home, I tried running it again in the yard, and could get it to run, but it was still smoking terribly. I gave up, knowing I’d have to drain the fuel and start with that. As I walked around the house to turn the tap off, it hit me like a slap in the face. YOU IDIOT!

A few months earlier, I’d purchased a diesel heater for our camper trailer, and had picked up 10 litres of diesel to test it with. This was kept with the other jerry cans, and I thought the only fuel I had left was pre-mixed 2 stroke unleaded!

I knew straight away that I’d tipped the 5 litres of diesel left in the jerry can into the boat tank, and that was the issue. I drained the fuel tank, put some different fuel in and fired it up. A few minutes later and the smoke went away, and it was back to normal. 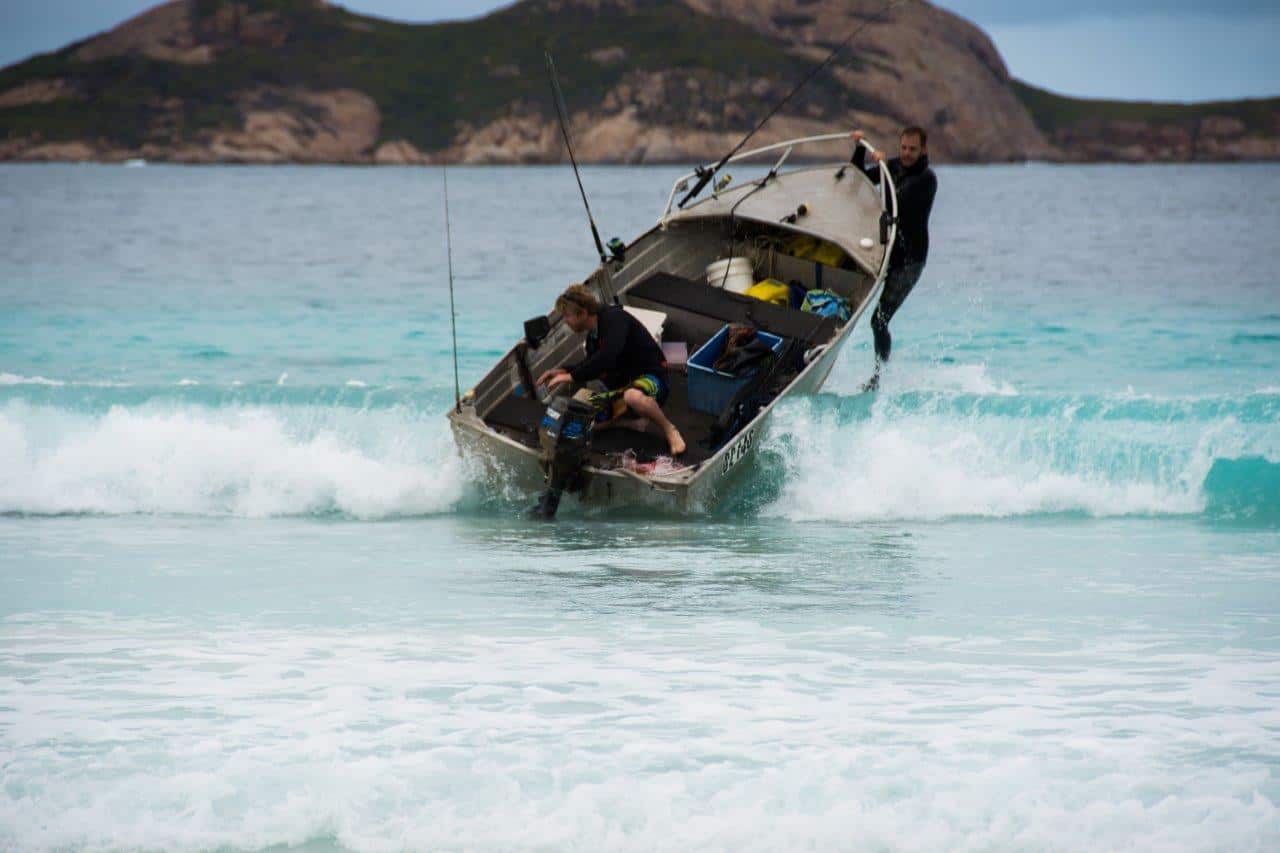 We’ve had a lot of fun in our tinny

The motor has since been serviced and is perfectly healthy, although they did say it had some build up in the carby. I look back now and laugh about it, but I’ll cop to making a dumb decision. At least it didn’t do any damage, except to my pride!

So, for those of you wondering if a 2 stroke outboard will run with about 20% diesel in the tank, it will with a lot of smoke, just not very reliably.

Now that I’ve fessed up, Who else is prepared to admit to making a dumb decision?!