If you’ve ever seen orange LED lights being used at camp, there’s a couple of good reasons why. We’ve never gone out of our way to purchase one, but after having it come with our Reconn R2 Hybrid Camper, it would be a must have on future purchases, and here’s why:

Its easier on the eyes

Orange, or even red light is much easier on the eyes, and allows you to see well enough in the dark without getting blinded by the bright white light that most LEDs seem to shine today. We can comfortably have our orange light on the kitchen (and in fact its mainly all we use these days) and do the dishes, or see what we need to do.

The only time it can be a bit average is if you are trying to look deep into a cupboard, or even identify the actual colour of something. If we have filthy dishes I’ll still usually put a white light on directly under the sink to ensure everything is nice and clean, but in terms of light at night the orange colour is so much easier. 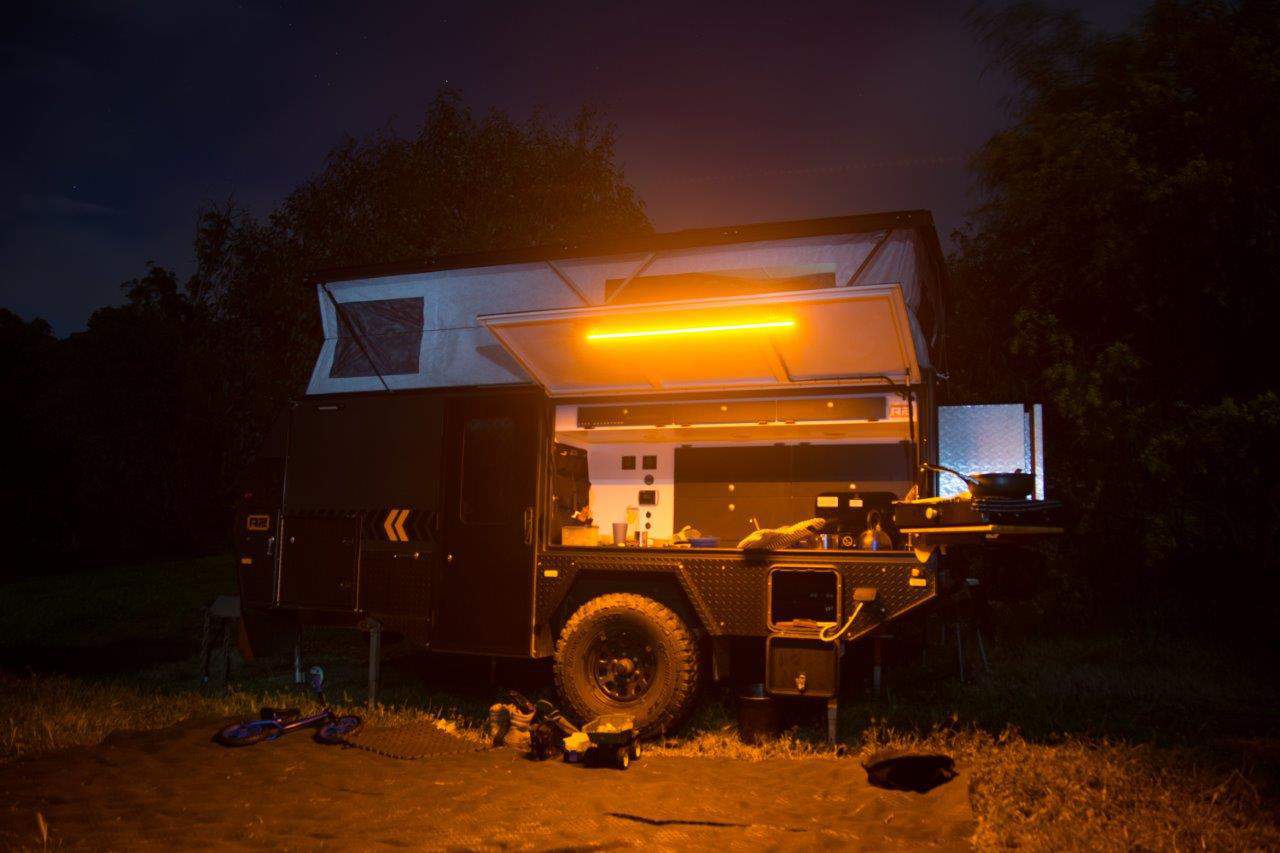 The orange light is much nicer on the eyes

It keeps the bugs away

The most common reason for installing orange camping lights though, is the fact that they don’t attract the bugs as much. Whether you are in a tent, caravan, camper trailer or an RV, keeping the bugs away is hugely important. I can recall a few occasions where the bugs were so bad when you turned a light on that you literally couldn’t eat, or even breathe properly.

There’s times where you cant even turn a head torch on without having bugs fly up your nose, and into your mouth and eyes, and that’s not a whole lot of fun.

Orange LED camping lights virtually don’t bring any bugs around, and for this reason alone when there is bugs around, we barely use the white external light on our camper trailer. The bugs fly into your dish water, into your face and get attracted to your other lights, which makes them even more likely to end up inside your accommodation.

I’m not going to say that orange lights completely stop bugs coming near, but they certainly reduce them coming. What we have noticed is that if you have the white light on, the bugs will come to the light, and hang around even once you flick it to orange. 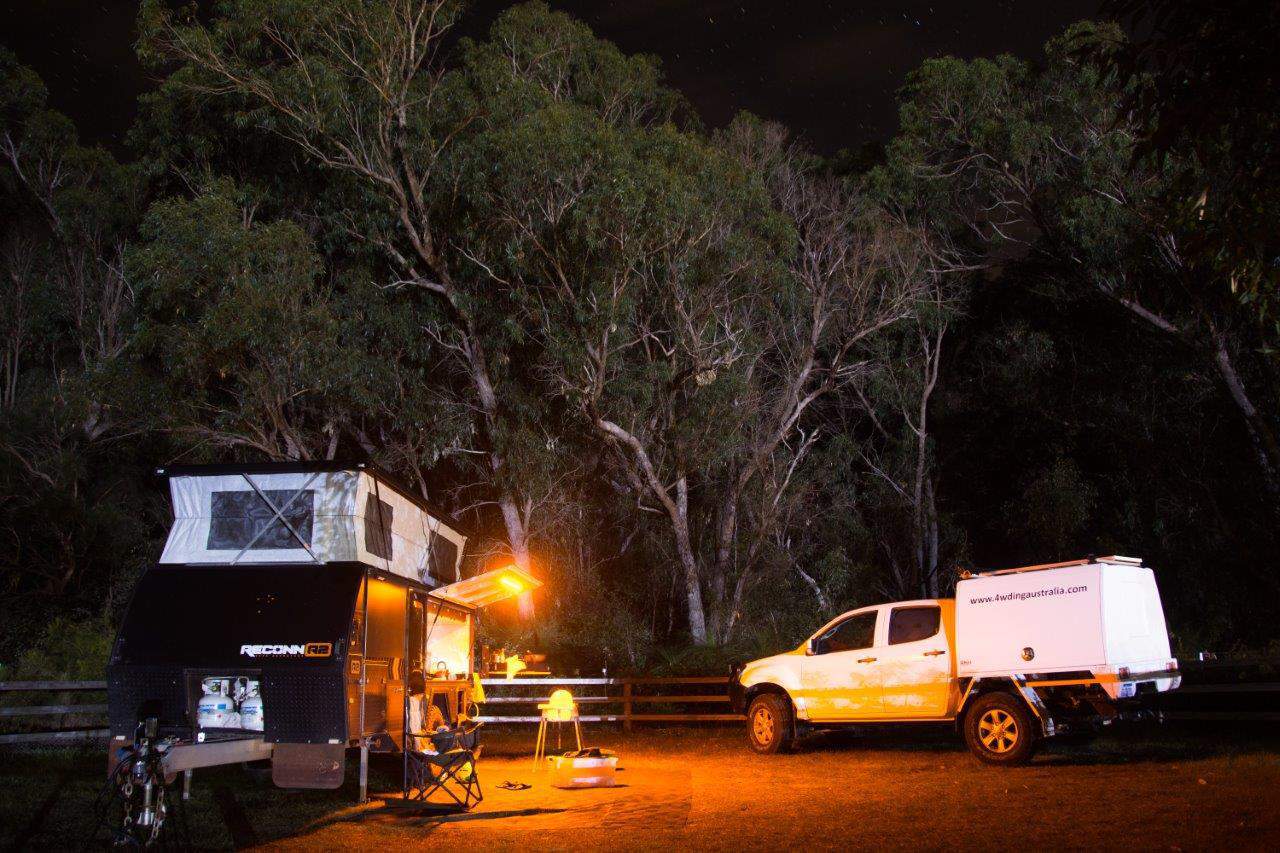 The bugs are far better with an orange light

Where can you buy orange LED lights?

There’s a number of companies that sell orange camping lights, and you can get dual purpose or multi coloured ones. Ours varies between white and orange at the press of a button, and works brilliantly. Just make sure you wire it in properly, and don’t use these rubbish connectors which are guaranteed to stop working properly at some stage, like someone else did prior to us getting the camper.

Hard Korr, 4WD Supacentre, BCF and most of your other camping stores sell these, and you can even get magnetic ones which can be pretty useful. You can actually get them in built into your tent poles as well, which is very clever.

Making your own orange LED light

If you want to be cheap, you can actually change your white LED lights to orange by sticking orange Sellotape onto the light, or fitting an orange cover. Either way, its worth a whirl especially if you are having issues with bugs