If you are looking for a comprehensive guide on the Isuzu Dmax, this post is it. Here, we share all of the posts that we’ve written on the Isuzu Dmax over the years, from our build up post, what the vehicle weighs, what problems we’ve had, our 3 year review, things to look out for and much more.

Please know a lot of these are translatable to the Isuzu MUX as well, as its essentially the same vehicle in many ways! 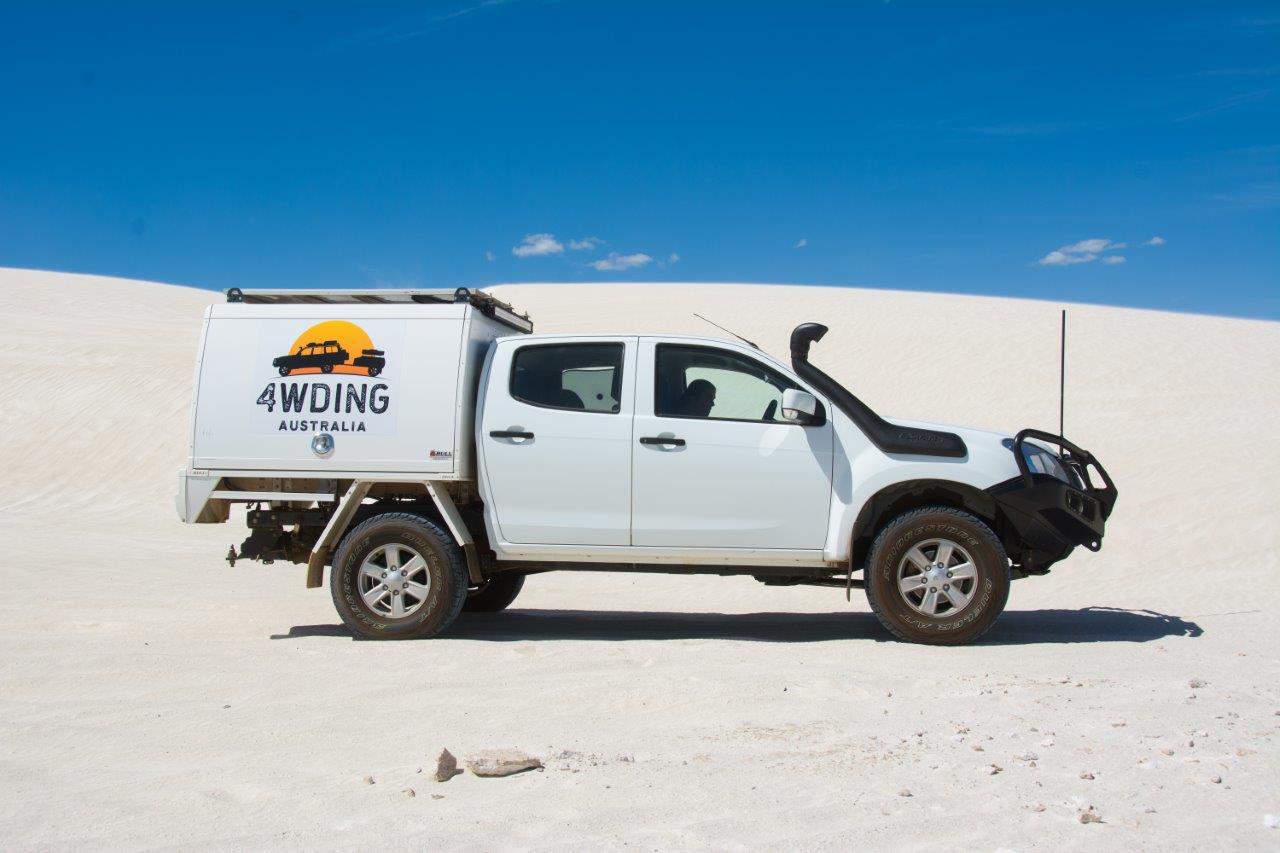 Our Isuzu Dmax, set up for touring Australia

Swapping from a Land Cruiser to an Isuzu Dmax

There was a long lead up to selling our 80 Series Land Cruiser, and purchasing our new Isuzu Dmax. It was analysed for weeks, comparing everything from reliability to capability, costs, weights, functionality and depreciation. This post covers why we moved in depth and how the two vehicles are polar opposites. 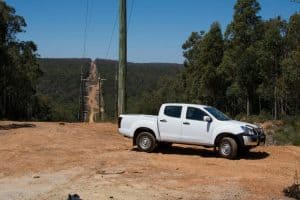 I’d never bought a new 4WD in my life, and seeing one arrive on my driveway was a pretty good feeling. This post covers what the vehicle is, why we purchased it, and how we went about it with a Novated Lease.

A new turbo for our new Dmax 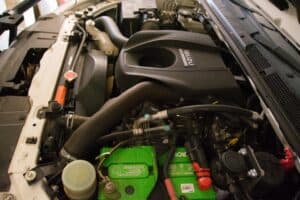 Within the first 20 minutes of me driving the new Dmax I had warning lights come on and could feel boost issues, which led to a new turbo being fitted. Ironically, this is a hugely common problem for the 2017 – 2021 Dmax’s too, but mine failed for a different reason. 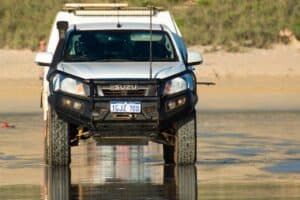 Our Dmax was bought for a specific purpose; to double as the family car around town, and to take my family touring Australia safely, comfortably and to get off the beaten track. Thus began our Dmax build where we fitted a myriad of accessories, removed the tub for an aluminium canopy, changed the suspension and did a heap of other work. This post gives you a full breakdown of every single thing done to the vehicle to get it to where it is today. 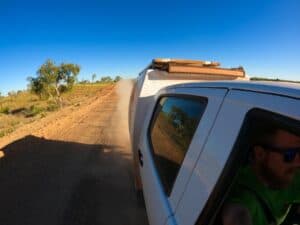 The weight of your 4WD is one of the most important factors for a huge number of reasons, and we were pretty careful when building the Dmax to keep it light and well balanced. In this post, we cover the weights of everything fitted to the Dmax 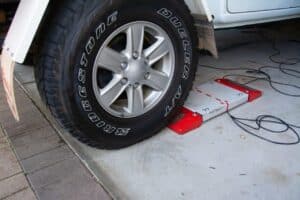 A couple of months ago, we loaded our Isuzu Dmax and Reconn R2 up to the absolute hilt for a 6 week trip away, and then had a mobile weighing company come and weigh everything, to see if we were compliant. I was certain we’d be overweight, but the results were actually really interesting. In this post, we break everything down, including axle weights and tow ball weight. 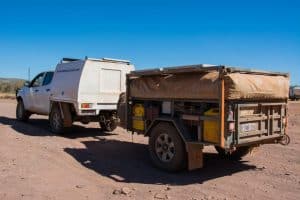 Modern cars are full of electronic wizardry, and when we were just about ready to leave Karratha on a trip up north I had my Dmax get stuck in park with a range of warning lights come up in limp mode. As it turns out the issue wasn’t with the Dmax at all, but we learnt something that day! 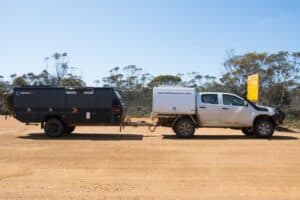 Want to know the real life fuel economy of an Isuzu Dmax that’s decked out for touring, without the false marketing information, incorrectly calculated economy and people stretching the truth? Here’s our fuel economy when towing, and not towing. 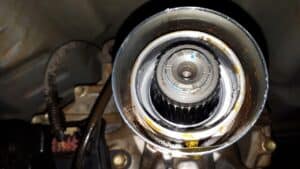 No vehicle is perfect, and the Isuzu Dmax has its fair share of problems. Some are common amongst a range of models, and many are not. We’ve had a number of issues, and documented them all here. There’s also a few things you should be aware of when buying a second hand Dmax or MUX, or even a new one. 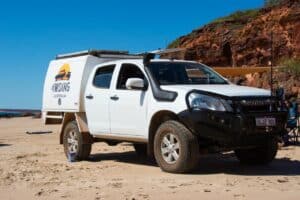 After 4 years of owning our Isuzu Dmax, and more than 70,000km, we present our Isuzu Dmax review. This is non biased, covers the issues we’ve had, and what we really like about it. It’s not a fluffy marketing review, or one based on 5 minutes of driving the vehicle. It’s based on 4 years of literally living out of it for weeks at a time with my family. 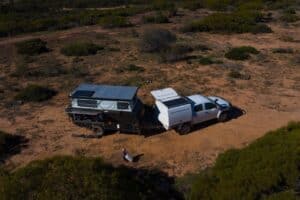 Almost no one goes into the costs of buying, modifying and owning a 4WD. In this post, we cover every single cost spent on the Dmax, and a quick comment on each modification. The total cost is up there, although not nearly as much as a lot of people spend on more expensive vehicles. 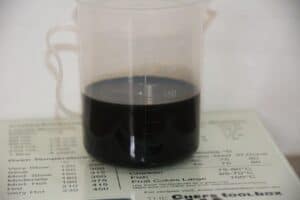 We initially started with a HPD catch can, and removed it in place of a Provent 200. The reasons are made very clear in the catch can comparison post we wrote, where we compared the two’s performance on our Dmax over a number of kilometres. If you are looking to fit a catch can do your Dmax or MUX, you’ll want to read this. 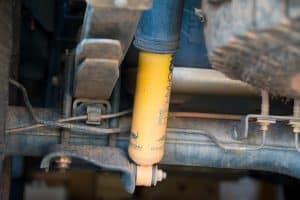 When building the Dmax, my intention was never to get a GVM upgrade, but found the weights were adding up too fast and we really didn’t have a choice. This post covers what GVM upgrades there are for the Isuzu Dmax, and why we went down the brand route that we did. 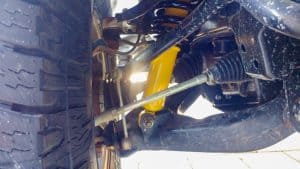 Another rather unexpected modification to the Dmax was a differential drop, to keep things lined up better and reduce the wear and tear plus chance of failure when out in the bush. I fitted the Diff Drop myself, which was pretty easy to do 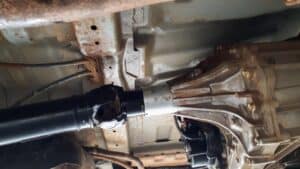 One of the most frustrating problems I had with our Isuzu Dmax was the transfer case leaking. We went through a number of seals, installed by a number of different people and eventually found what the issue was. It turned out to be partly modification related, and partly poor installation of the seals. If you are having a leaking transfer case output seal, this might sort you out. 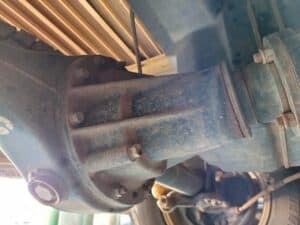 At around 60,000km on the clock, I noticed that our Dmax had a minor rear pinion seal leak, and took it back. It was replaced under warranty, and has been good since. That said, its not a very long lifespan; these should do a lot more than that before they leak! 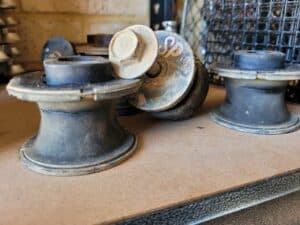 Also at around 60,000km I noticed that the front two body mounts on our Dmax were starting to crack and deform, and I requested they be replaced under warranty. This needed a bit more pressure to get it through, but it was also done and I’ll be keeping a close eye on them for any future inner guard cracking. 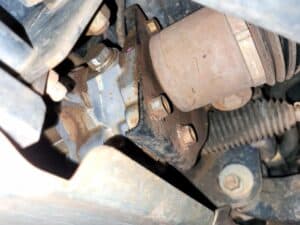 Not too long ago we had the front differential spew some oil out in Karijini, which was annoying. The leak stopped, and I suspect it was over filled in the separate part of the differential (that engages 4WD) but it still shouldn’t have happened

Fitting a transmission cooler to our Dmax 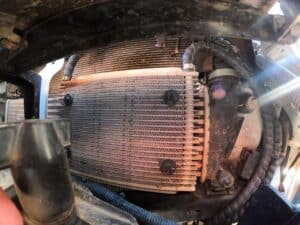 I’ve been monitoring our automatic transmission temperatures for a long time, and after getting the Reconn R2 decided it was worth while getting a transmission cooler. The temperatures get too hot too fast without one, and the risk is simply not worth it. This post covers what we went for, and how it performs. 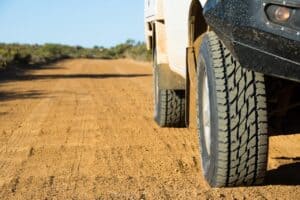 If you are looking to install bigger tyres on your Isuzu Dmax, you might want to have a read of this. We got away with legally installing slightly larger than 50mm bigger tyres, because of the differences between models. 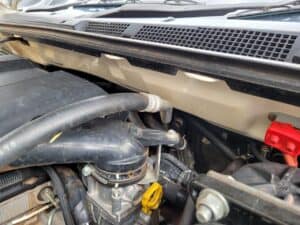 After reading about hundreds of Isuzu Dmax and MUX vehicles having evaporators crack and the aircon stop working, I was just waiting for the day to happen. Well, it did just a few months ago, and of course just after the official Isuzu warranty had run out. This post covers what goes wrong, how you can prevent it and whether Isuzu came to the party despite being out of warranty 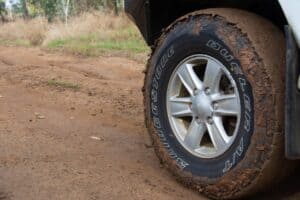 I’ve always paid pretty close attention to our tyres, but on a recent trip up north a mate called me over and asked whether I’d seen the inner tyre wear on our Dmax. This is really common, and in this post we cover what goes wrong, and how you can fix it.