Camp Sites in the NT

The Northern Territory has some of the best camp sites in the country. To make it even better, they are generally quite cost effective, and located near some of the most impressive water holes around. You need to be very crocodile aware in this part of the world, but its got a huge number of places you won’t want to miss. 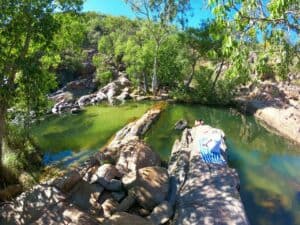 One of the better known attractions at Kakadu National Park is Gunlom Falls, and for good reason. This is an attraction that is absolutely worth the visit. 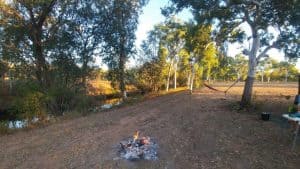 Many years ago, there were two places in the Northern Territory that I read about, and made mental notes of. One was the hot springs at Mataranka, and the other was Lorella Springs. We’ll call them both bucket list places, and they’ve been on our to do list for some time now. 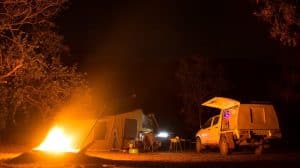 Kakadu National Park in the Northern Territory has some truly unbelievable places. Gunlom, Maguk, Jim Jim Falls and Ubirr are all well and truly worth the effort to get to them, but there’s one little problem. Every man and his dog knows about them, and they are heavily visited by tourists and locals especially in the dry season. 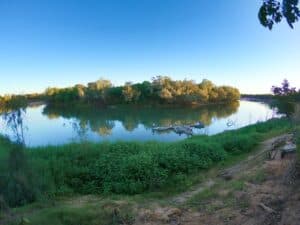 If insane fishing tickles your fancy, you might find Lee and Jennys Bush camp is one of the best places you stay in the NT. The property is amazing, and the owners are even better. 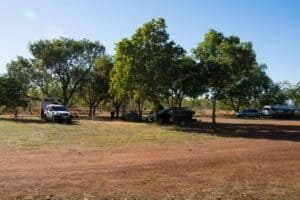 There’s a few great spots in between Kununurra and Katherine to stop and spend a few nights, but we were a bit pushed for time and skipped many of them, choosing only to stay at Zebra Rock Mine. This is about 10km down Duncan Road, on the Northern Territory side of the border and very close to the check point itself. 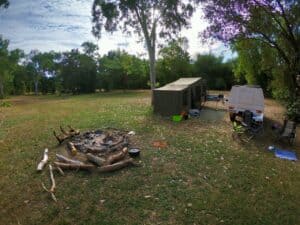 There’s some pretty interesting places to stay in the Northern Territory, and we had a great couple of days at Mt Bundy Station. 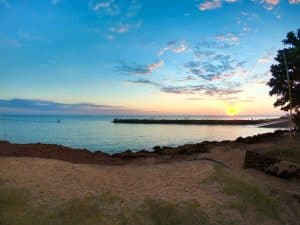 While in the Northern Territory, we had a lot inland camping planned, and we decided to head out and see the coast, somewhere other than Darwin.

Dundee Beach was the place we settled on, and despite hearing a few average reviews, we headed out for two nights anyway. 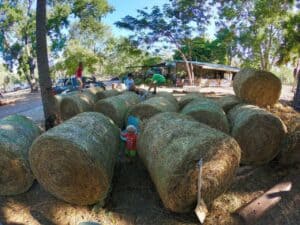 Wikicamps and Facebook provide some epic information when it comes to finding fantastic camp sites, and Little Roper Stock Camp just out of Mataranka was one of those golden nuggets that we stumbled across, that family after family raves about. 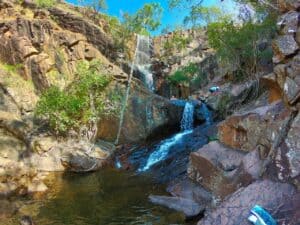 There were some hidden gems that we discovered in the Northern Territory, and Robin Falls was one of them. We’ll be back, and spend a few nights there next time.