Robin Falls; an awesome surprise in the NT

We day tripped to a lot of places in the Northern Territory where we could have camped, and didn’t. Most of the places were good enough for a day trip, but we were happy to leave and head back to base.

There were a couple though, that we really would have liked to have spent a night or two at. Robin Falls was one of those places, with its spectacular creek and picturesque falls that were an awesome surprise. 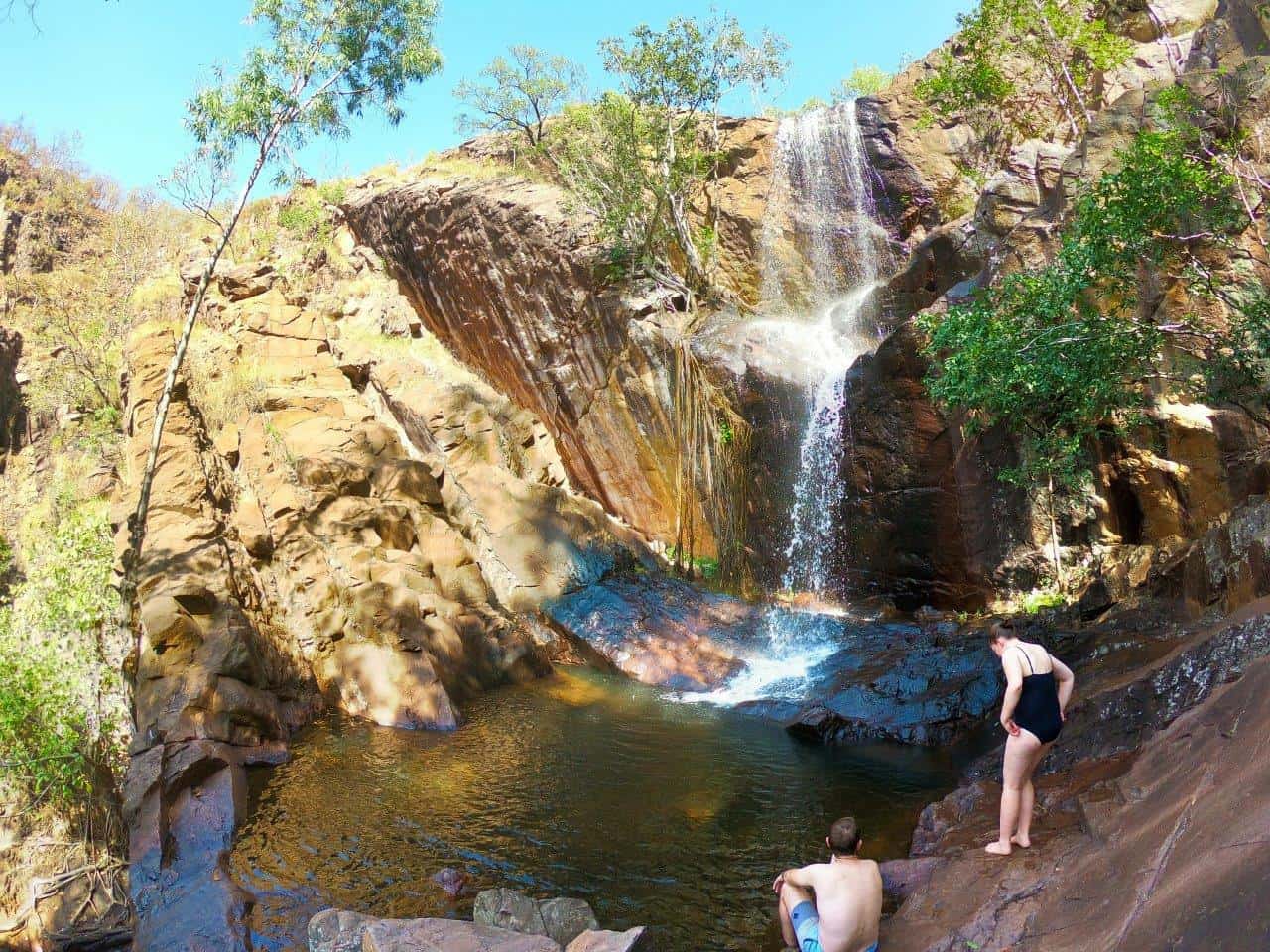 We were pleasantly surprised by Robin Falls

Where is Robin Falls?

You’ll find Robin Falls 10km south west of Adelaide River, along the Dorat Road. This is possibly the worst bitumen road I drove on in the NT, with it being fairly narrow, very windy and a fair bit of traffic (including lots of vans).

That said, its not a bad drive, and shortly after you turn off onto a fairly well kept gravel road. 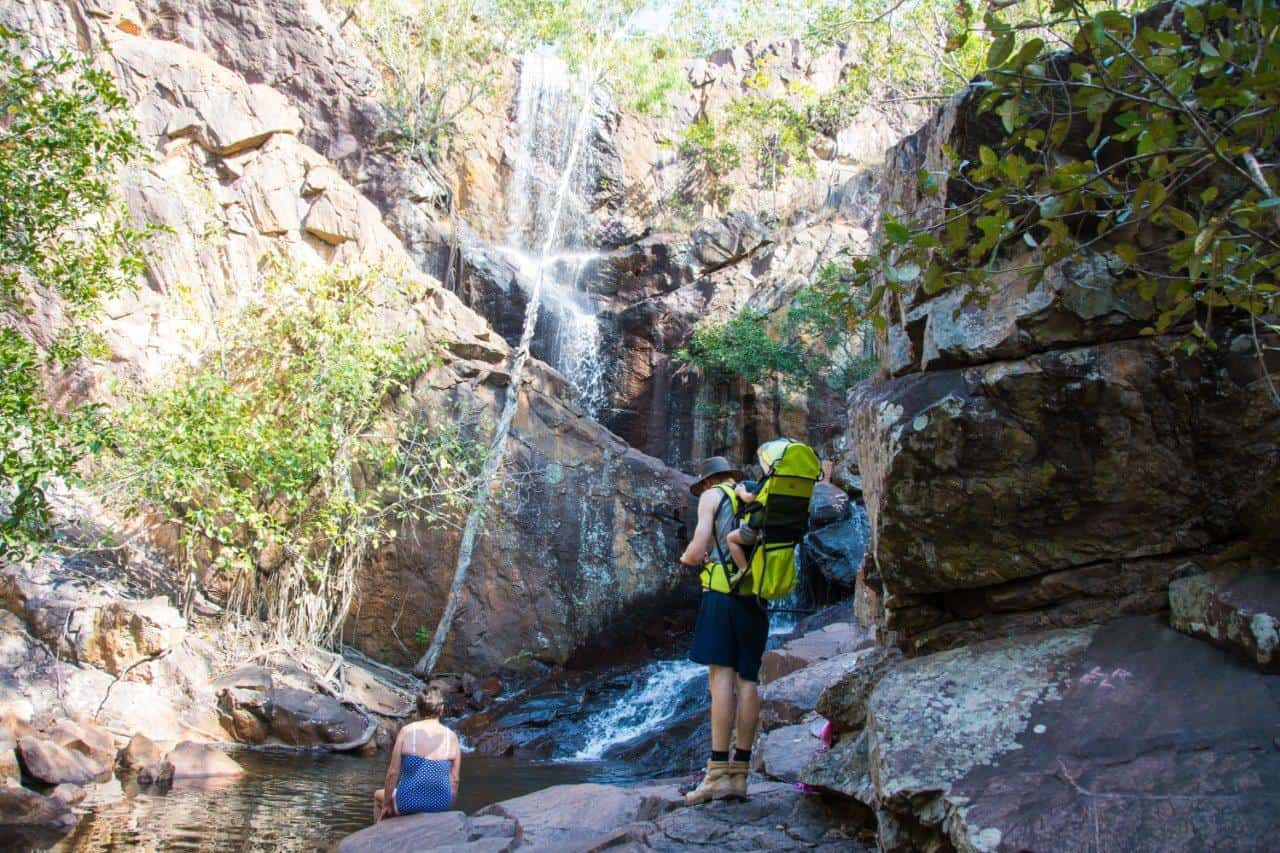 At the base of Robin Falls

The Robin Falls Campground is spread over a fairly large area on the way in. There’s a big area you can camp at early along the gravel road, with lots of room for people to stay. Camping is run by the Northern Territory National Parks, and it costs absolutely nothing!

However, if you travel a bit further along the road, you’ll get to the beautiful creek, and there are a few camp sites that are right on the waters edge. You an literally set your tent up half a metre away from the water, if that’s what you want to do. In terms of Camp Sites in the NT, this ones brilliant.

We stayed at Mt Bundy Station, but would have loved to spend a few nights here too. 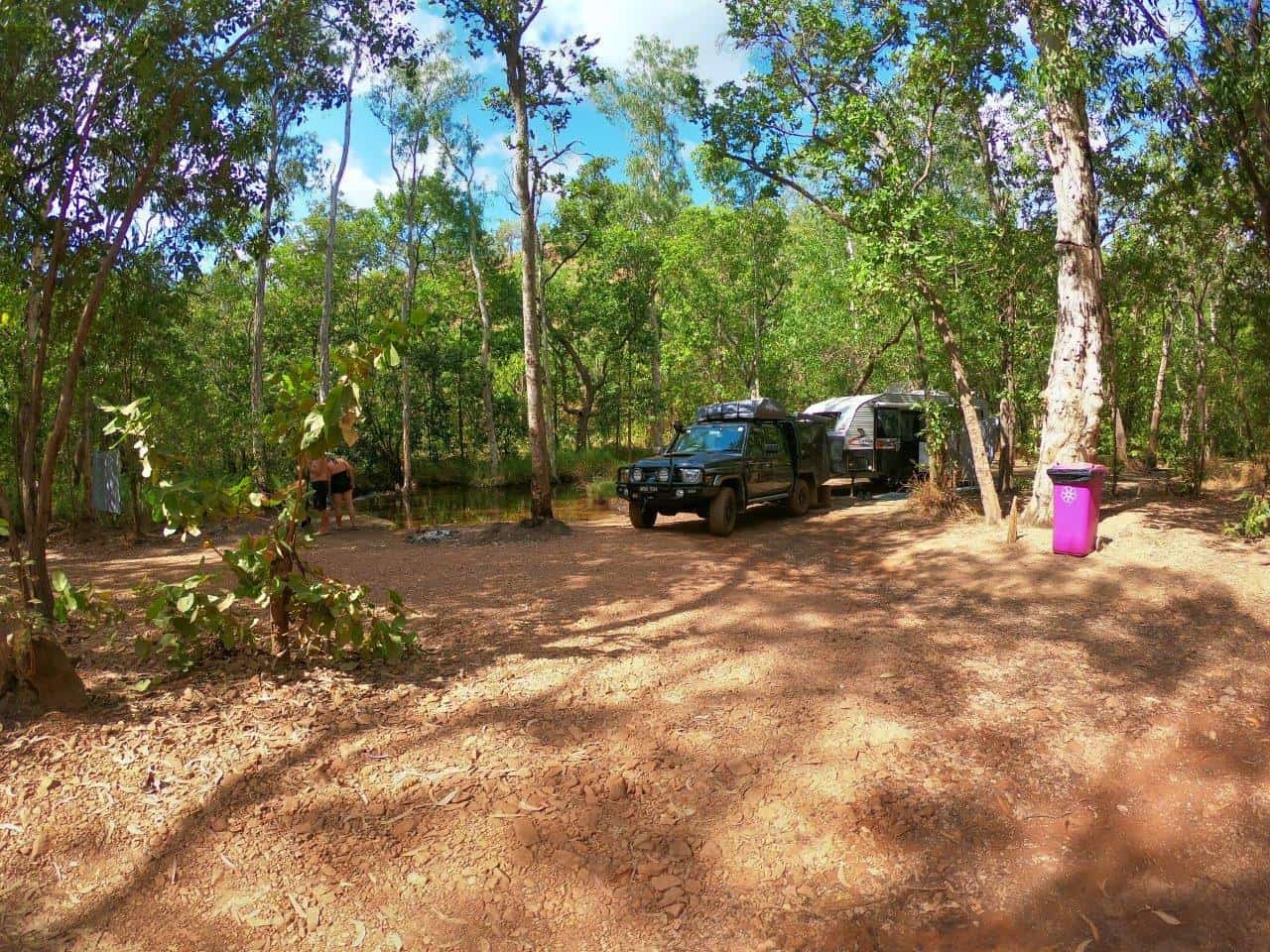 Not bad, for zero dollars a night 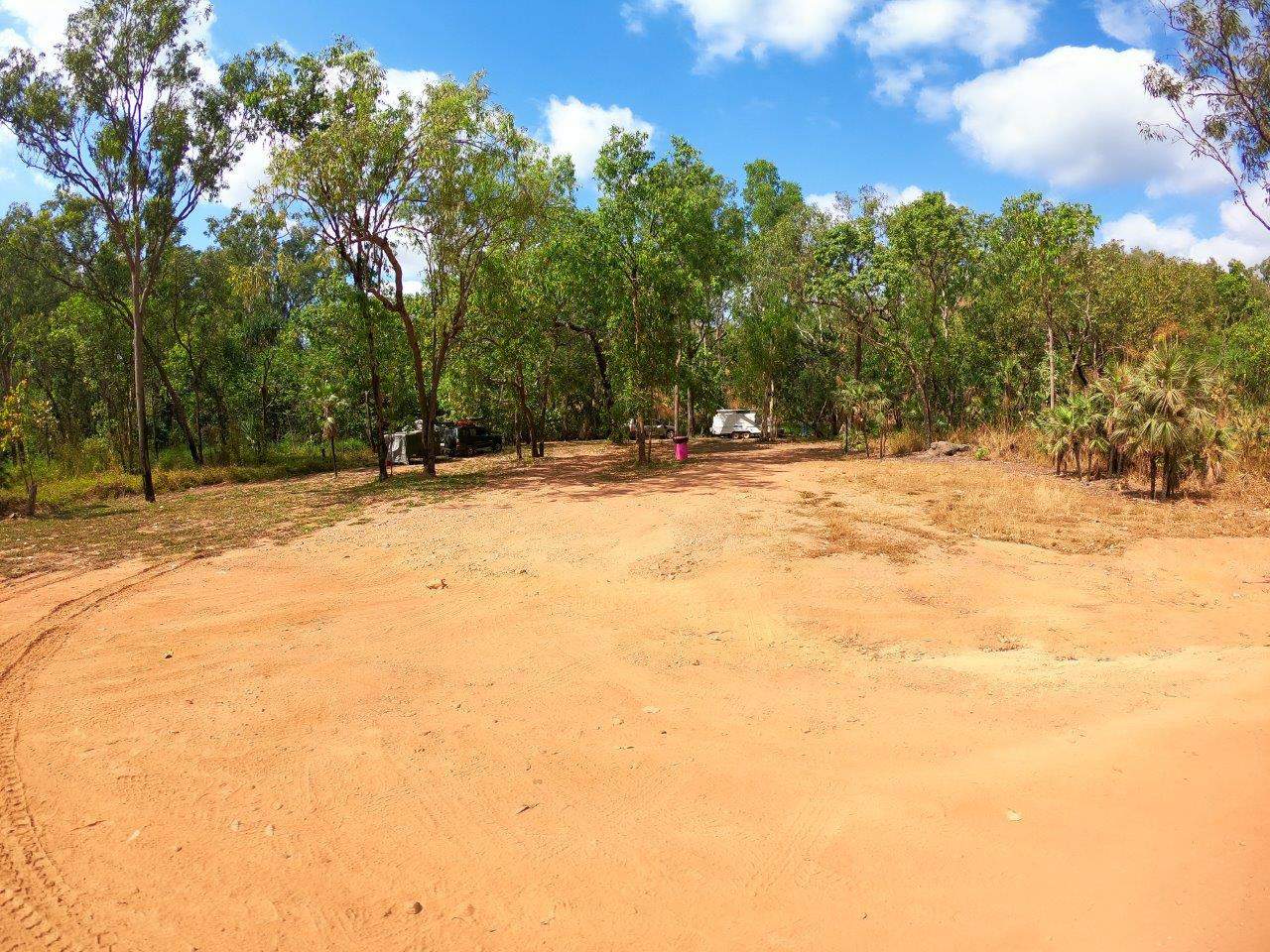 Walking to the falls

The walk to the falls is described as easy by some, and hard by others. I’ll describe it; roughly 500 metres long, quite flat and extremely rocky.

Most of the rocks are small – around 30cm in diameter, but some are quite a bit bigger, and you need to step over/around them.

The walk follows the creek to the falls, where there are 3 levels of access. The first and second level are easy to get to, and the top level is quite hard and shouldn’t be done without extreme care. 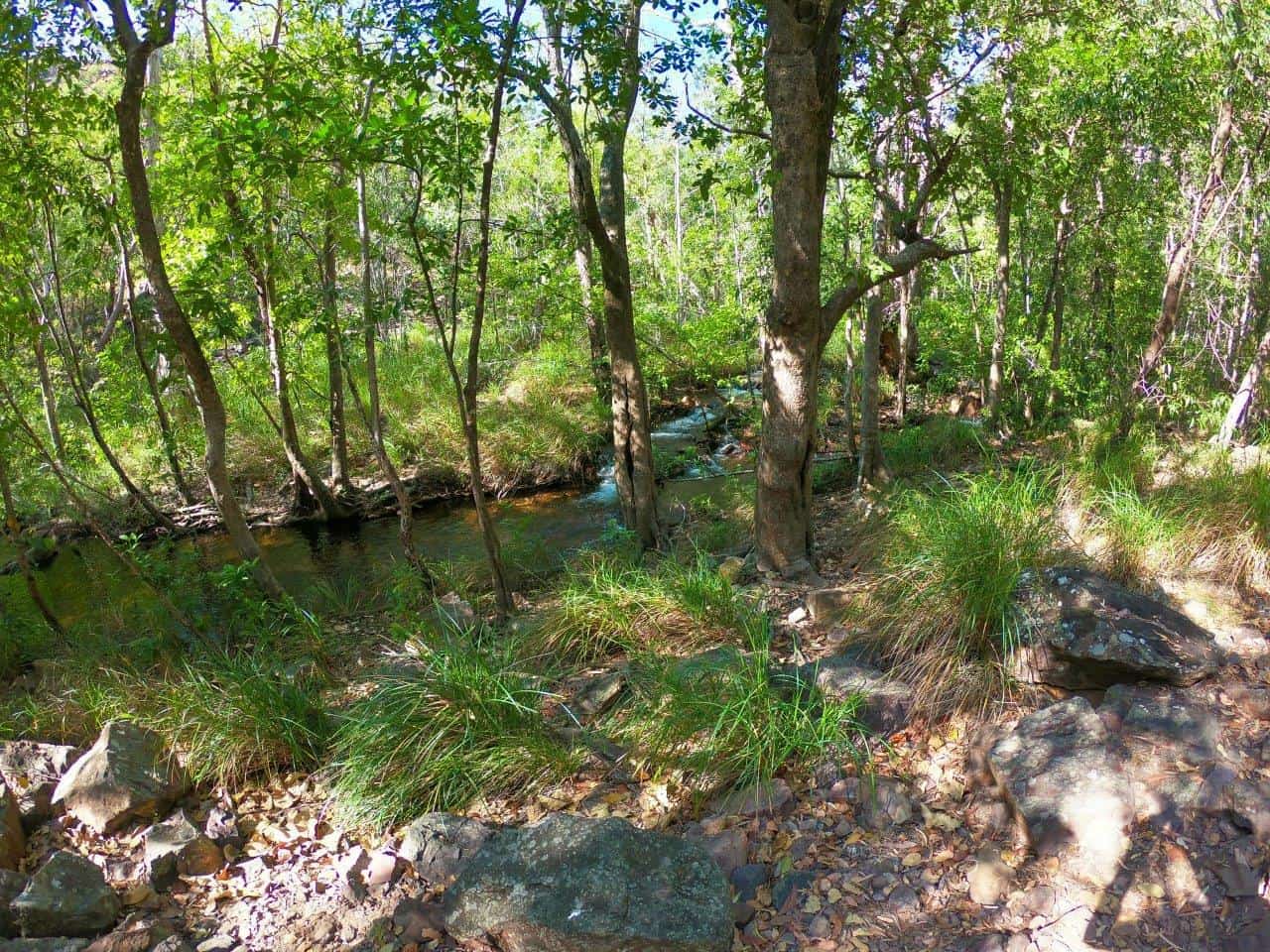 The walk is short, rocky, shady and picturesque 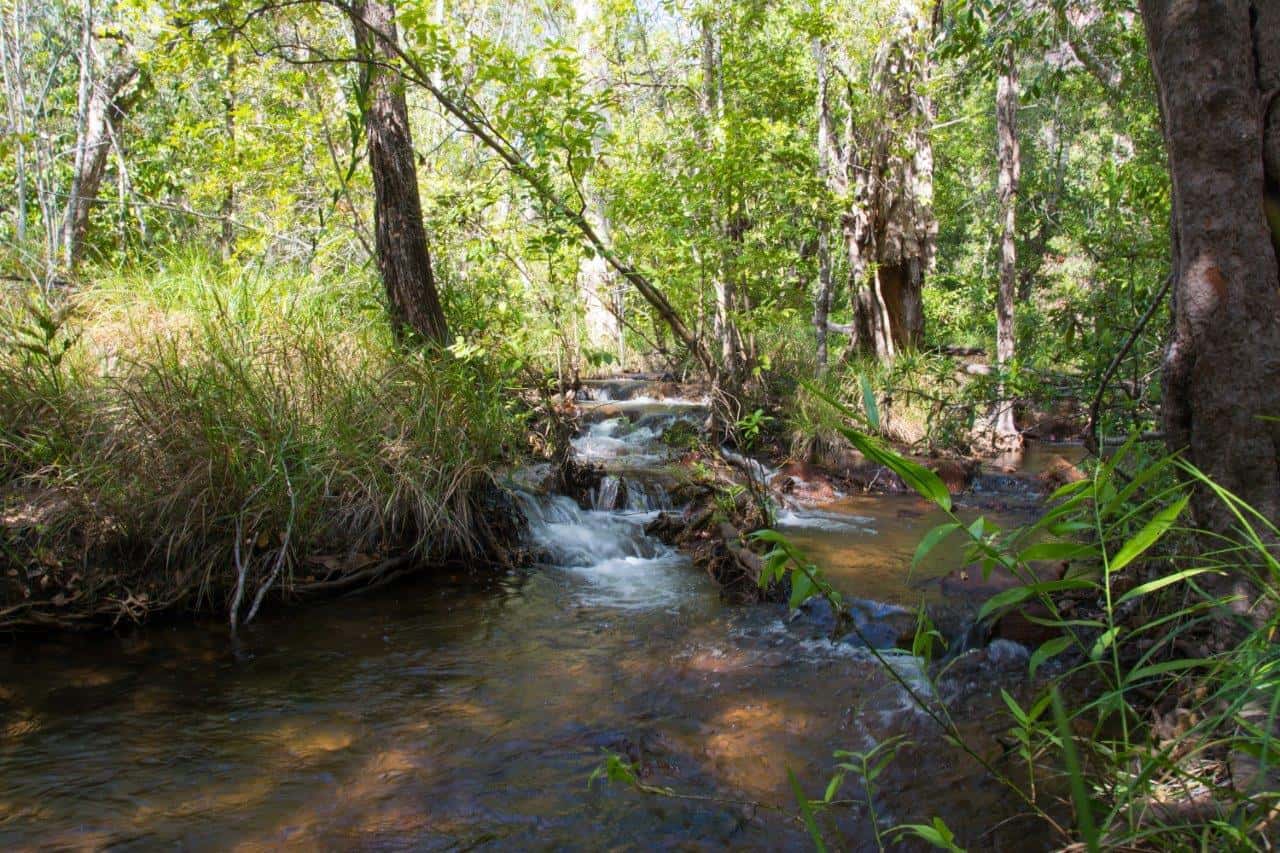 Walking next to the beautiful creek is fantastic

The two pools that people swim at are not very big – maybe 3 metres by 3 metres, and just deep enough to get wet. The water is cold, and with a few people visiting it does become quite hard to move around and swim.

That said, its a beautiful place and well worth the look. 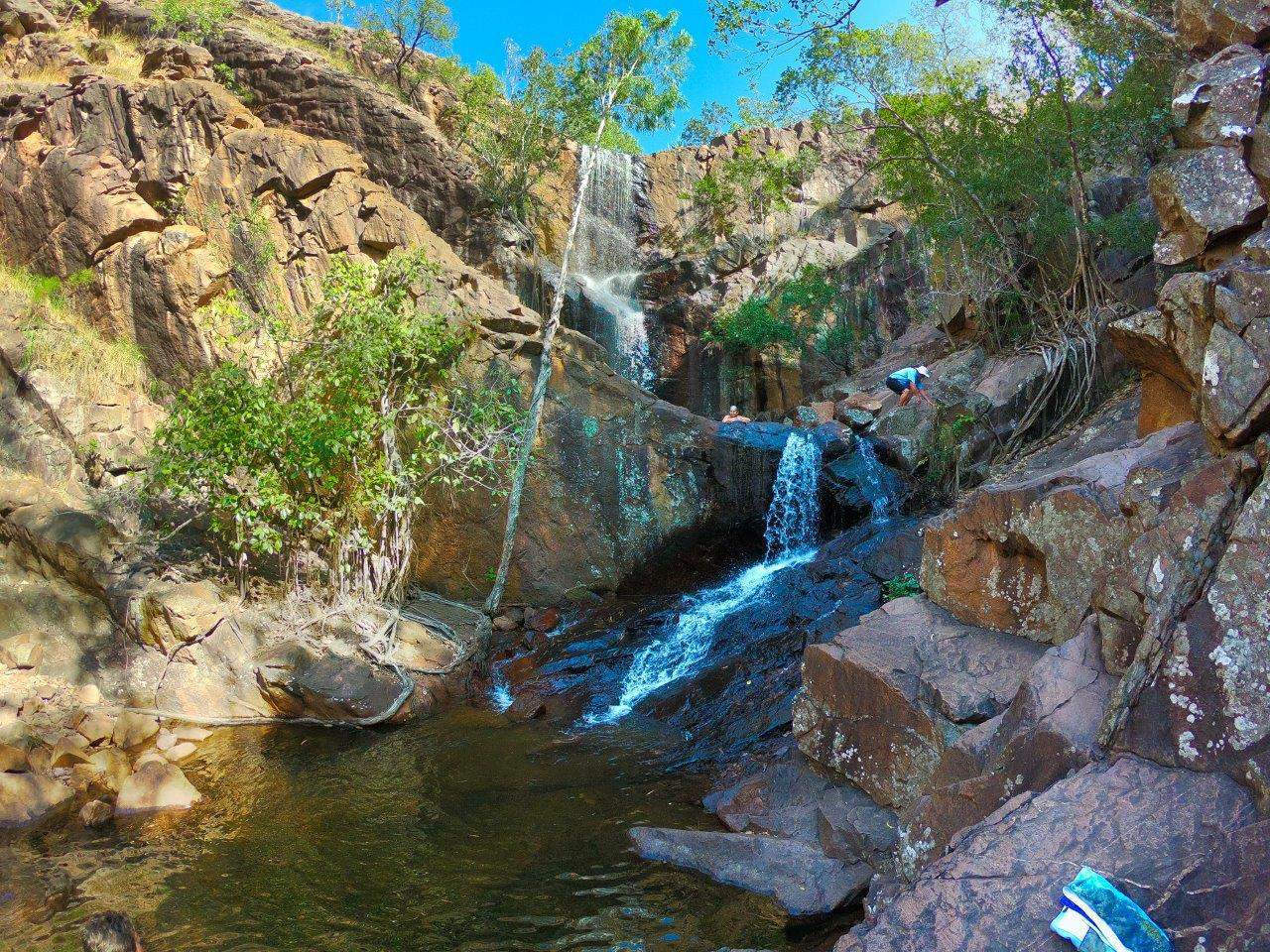 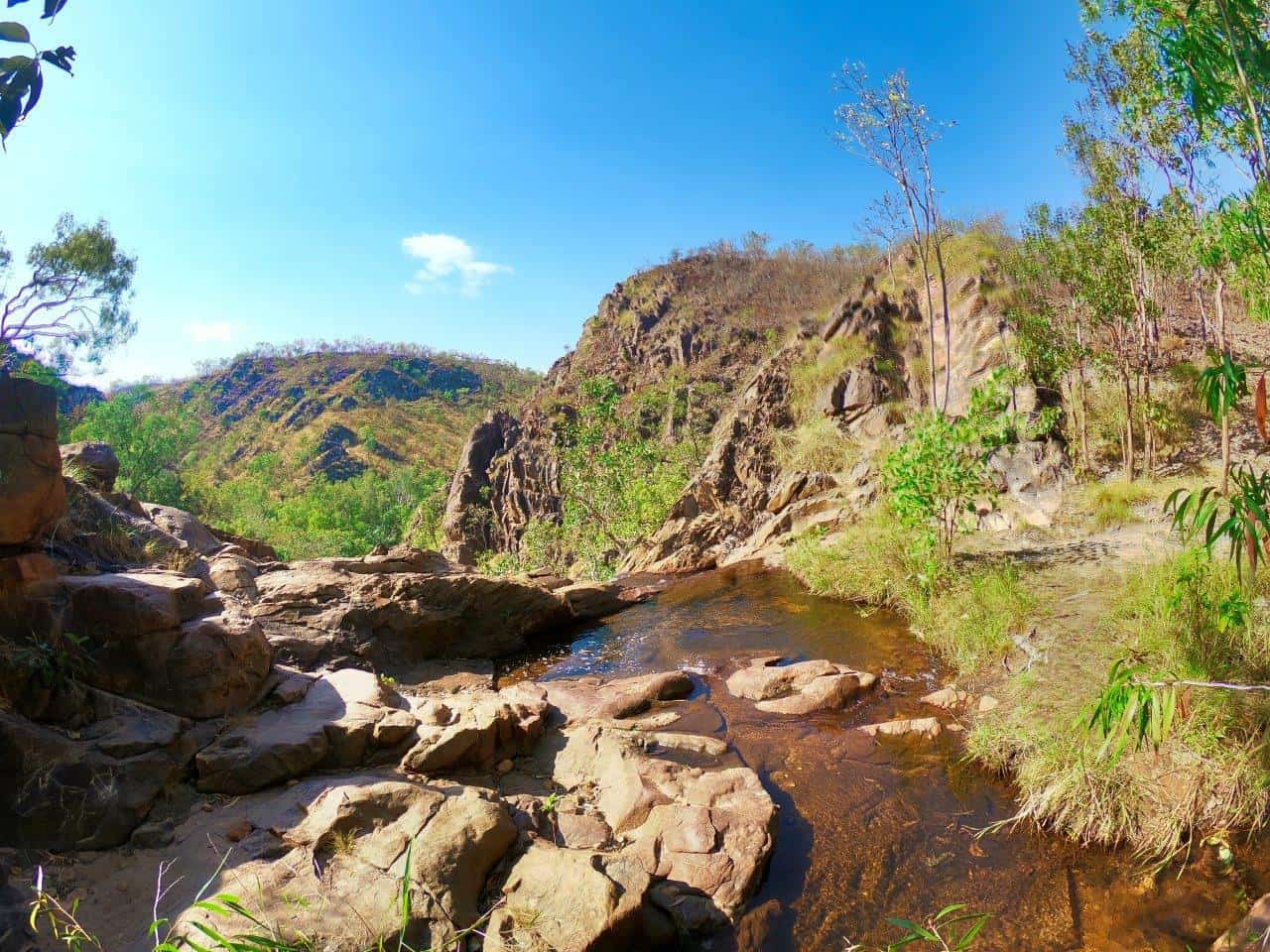 The view from the top of the falls 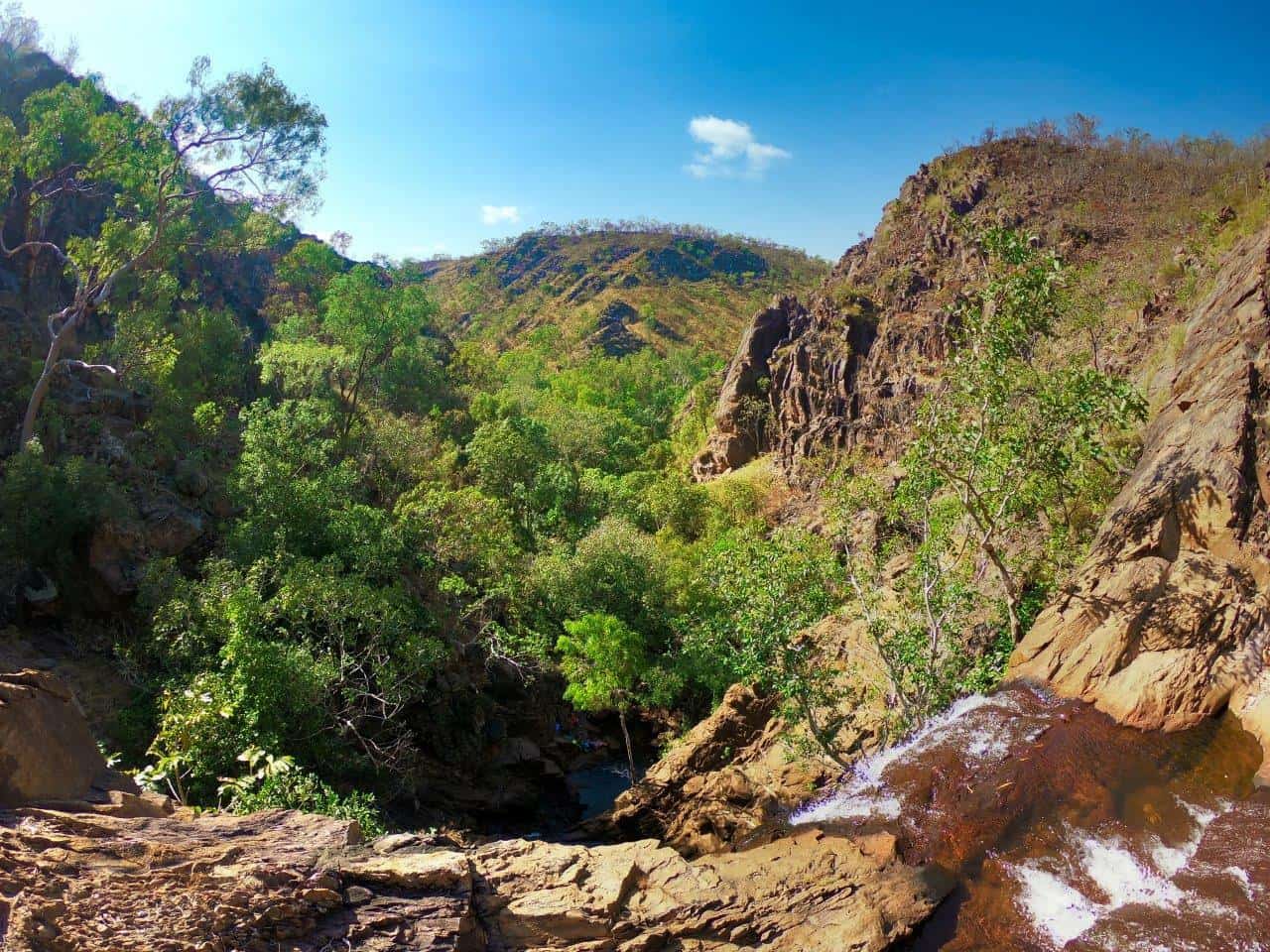 Great views over the top

We thoroughly enjoyed our visit to Robin Falls, and would love to spend a night or two camped next to the beautiful creek. It’s another incredible Northern Territory location!