If you can get onto a beach by 4WD, we’re always keen, and over Christmas and New Years we stayed in Victor Harbor on the front lawn of a families place, which meant it was just a hop, skip and a jump to Goolwa.

What made it even more special though, was that the Murray River flooding was well underway and the river mouth was absolutely pumping fresh water out, and we were really keen to check it out. 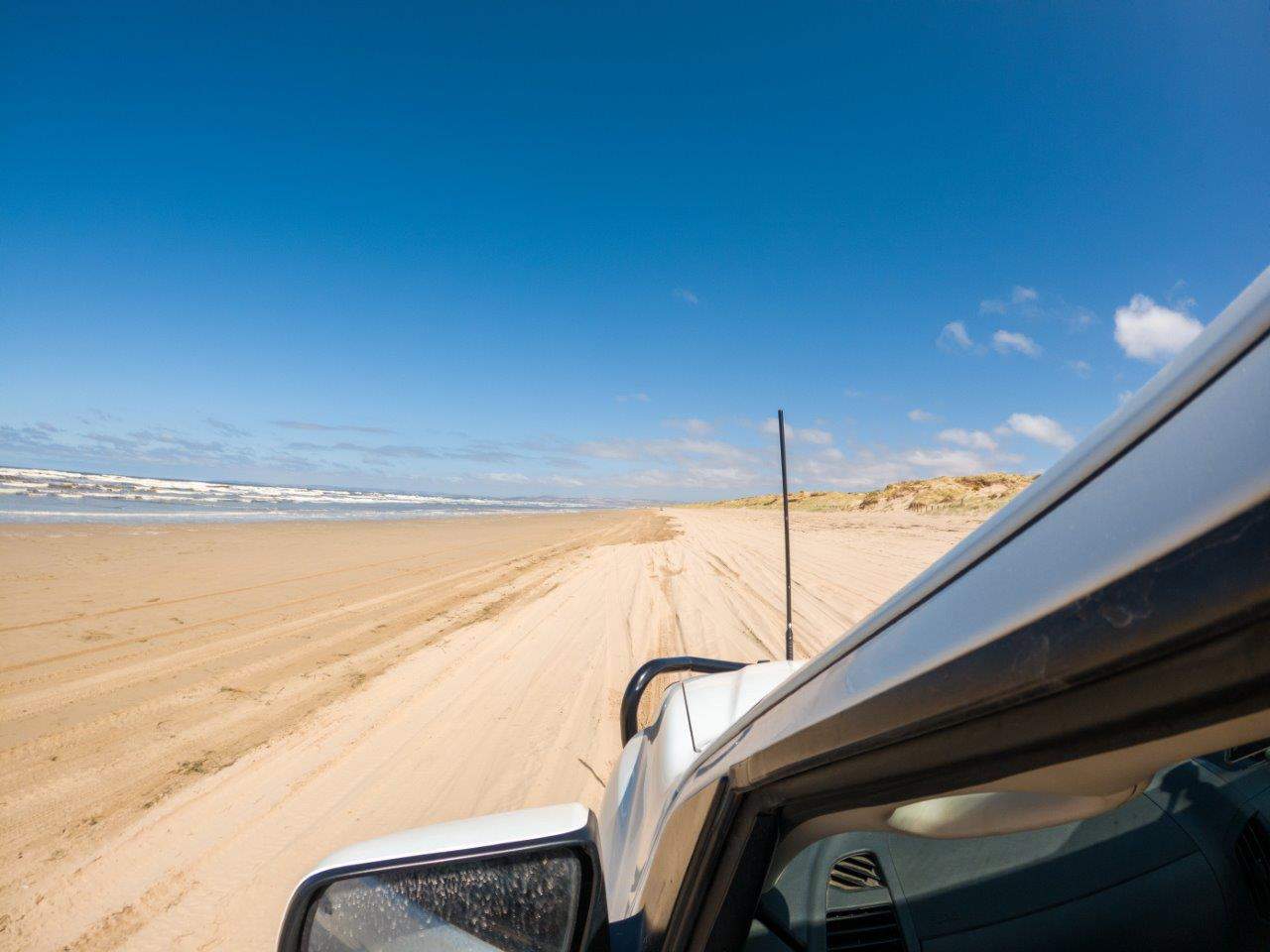 We had a great morning exploring the Goolwa Beach by 4WD

Goolwa Beach is very well known, and on your way into the main car park there’s a gravel (that turns to sand) track that takes you onto the beach. It’s directly in between some private homes, and the surf club, but you won’t miss it. 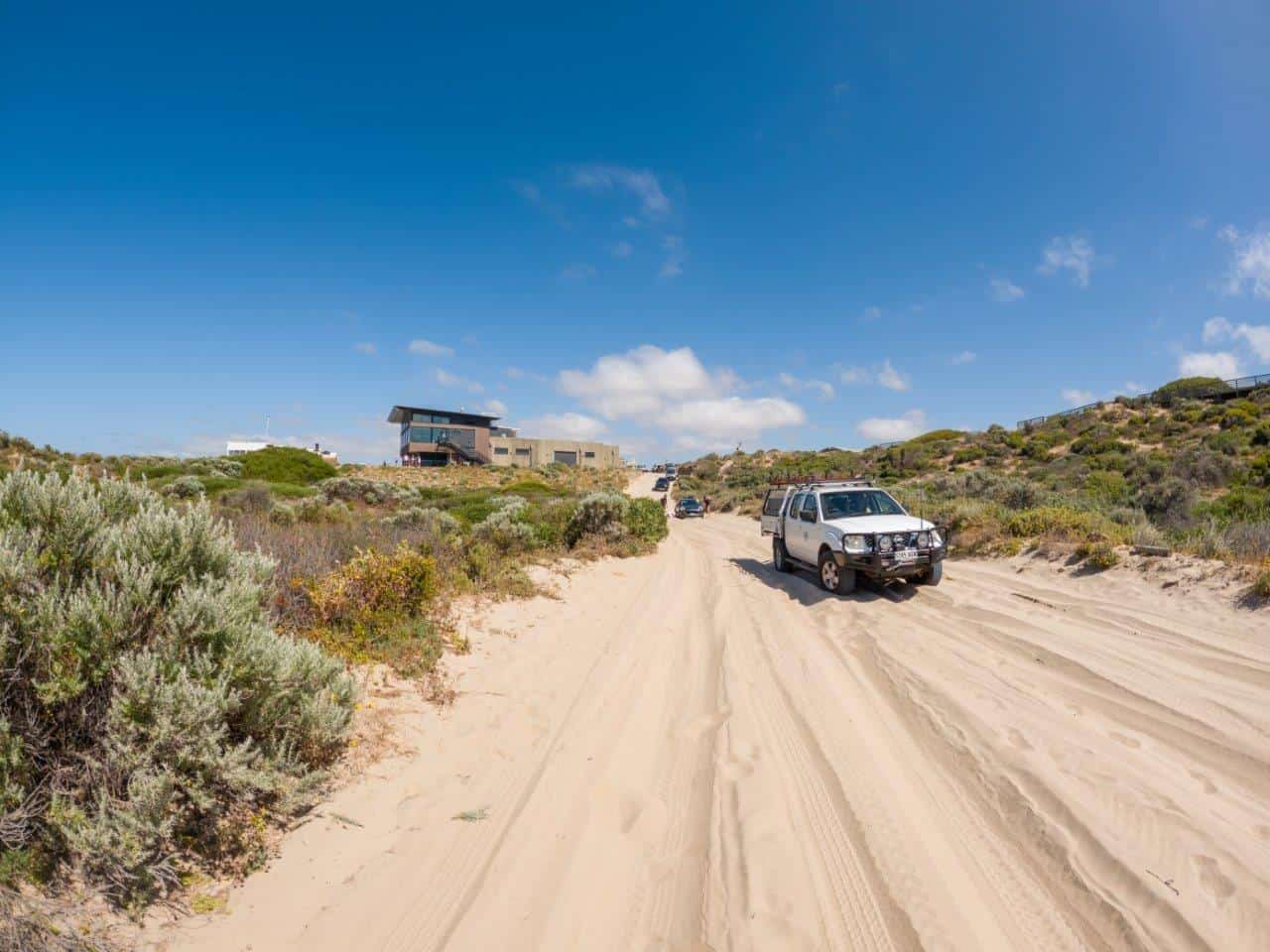 The beach access is really obvious. Note two stuck cars (one not even a 4WD!)

Do you need to let your tyres down?

We saw a huge number of people in 4WD’s heading onto the beach who never let their tyres down. Many didn’t have any issues getting onto the beach, but we did see a few people get stuck on the little track in, which creates mayhem in peak periods.

We helped a bloke in a Navara who had to slow down for someone else and got stuck. A quick drop of the tyres (whilst everyone waited) and he was on his way with no issues.

I didn’t want to be the idiot on new years eve holding everyone up, and deflated down to 18 PSI on the front and 20 on the rear. We walked onto the beach easily as, and found the start of the beach to be like concrete (I was actually considering stopping to put more air back in). 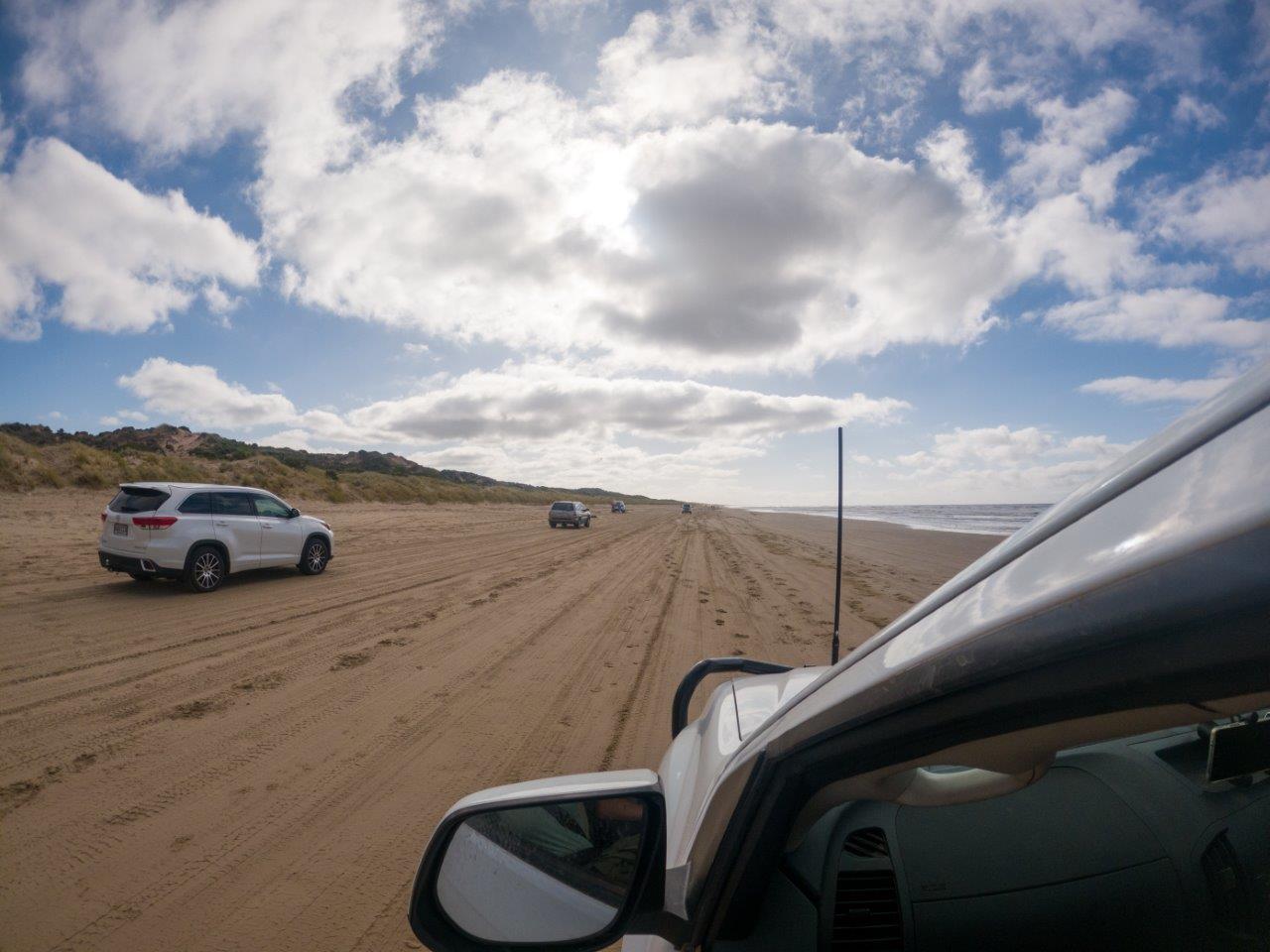 Goolwa Beach was really solid to start off with, except for the entry

However, once we drove further along the beach it became very chopped up, with people’s donut marks creating a surprising hump, and then it got much softer. There’s a section where you are asked to detour around some equipment that is really soft, and you’d probably struggle badly without your tyres well deflated. 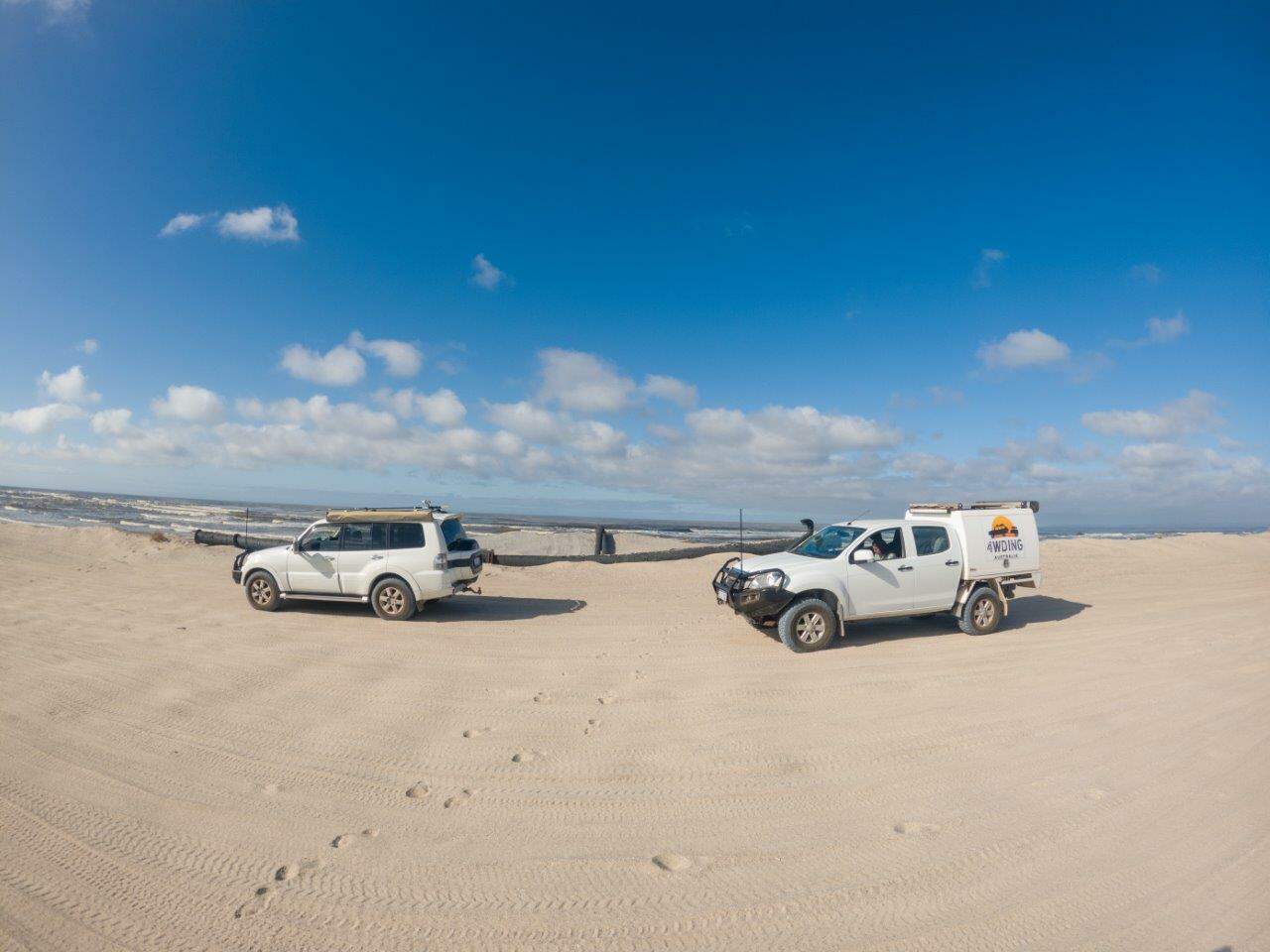 The beach gets softer and softer the further you drive down

My suggestion is to let your tyres down. Sure, you might make it without doing so, but if you get stuck you’ll annoy a heap of people, and at best you make the ruts deeper which is good for no one. 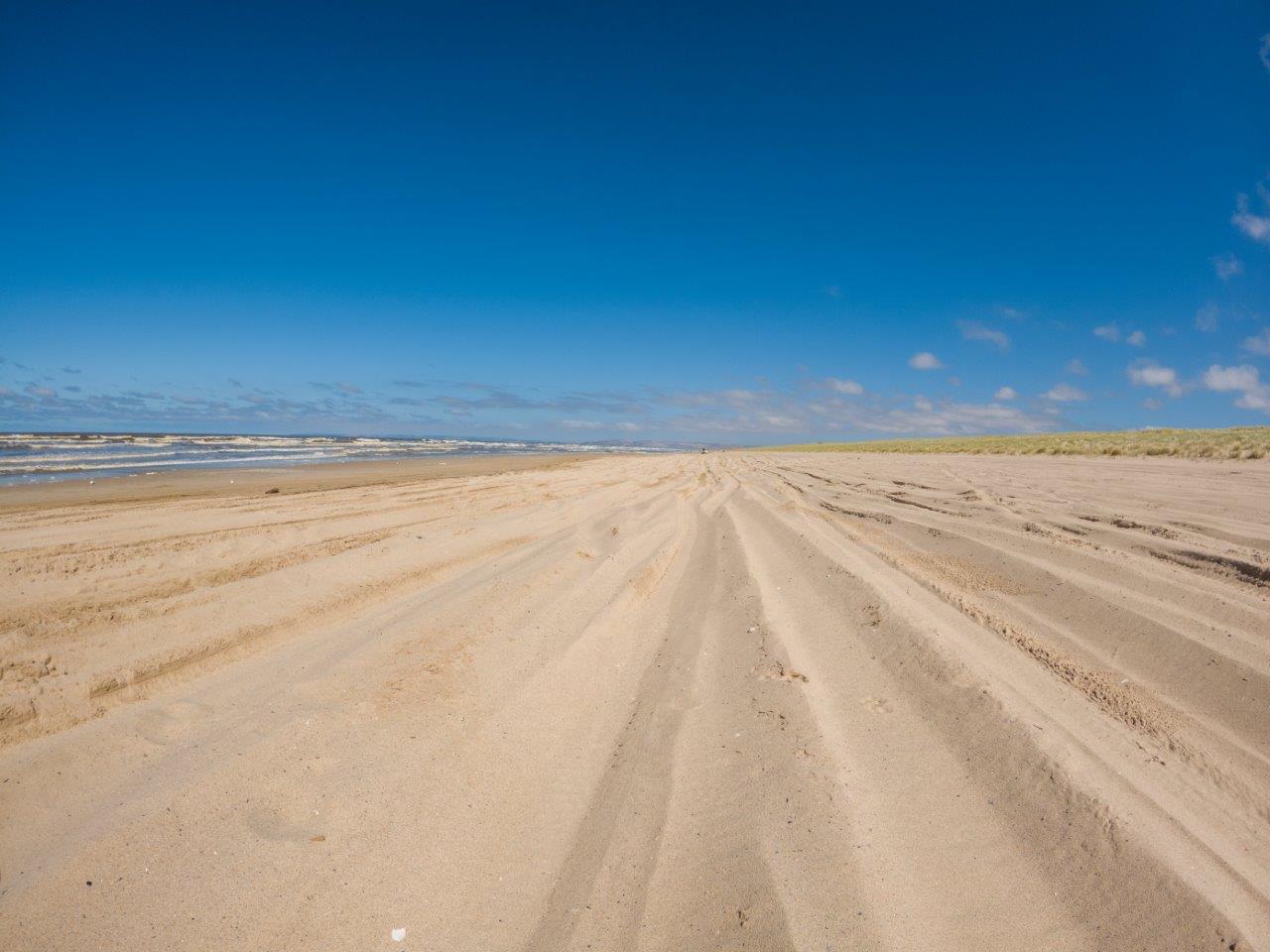 High tyre pressures just make it harder for everyone else

We met the security bloke on the beach, who made a point of mentioning that no AWD vehicles should be on the beach as its 4WD only, which is a controversial and interesting topic. Many 4WD’s that are constant 4WD are exactly the same as an AWD vehicle in terms of capability, until they lock their centre differential in.

Of course, they have far more clearance, but if you have an AWD vehicle, according to the security guy you shouldn’t be driving on the beach. That didn’t stop a huge number of people though; we saw Rav 4’s, a Subaru Impreza and a heap of others (and some didn’t even let their tyres down).

Please, don’t be like the person that we met on our way out, who tried to drive onto the beach with a little Nissan Micra, and got stuck as soon as the sand got soft. Even with 4 traction boards we couldn’t get it to move backwards, and someone eventually attached a winch under the vehicle somewhere and gave it enough tension to make it bite onto the tracks, and then reverse out. 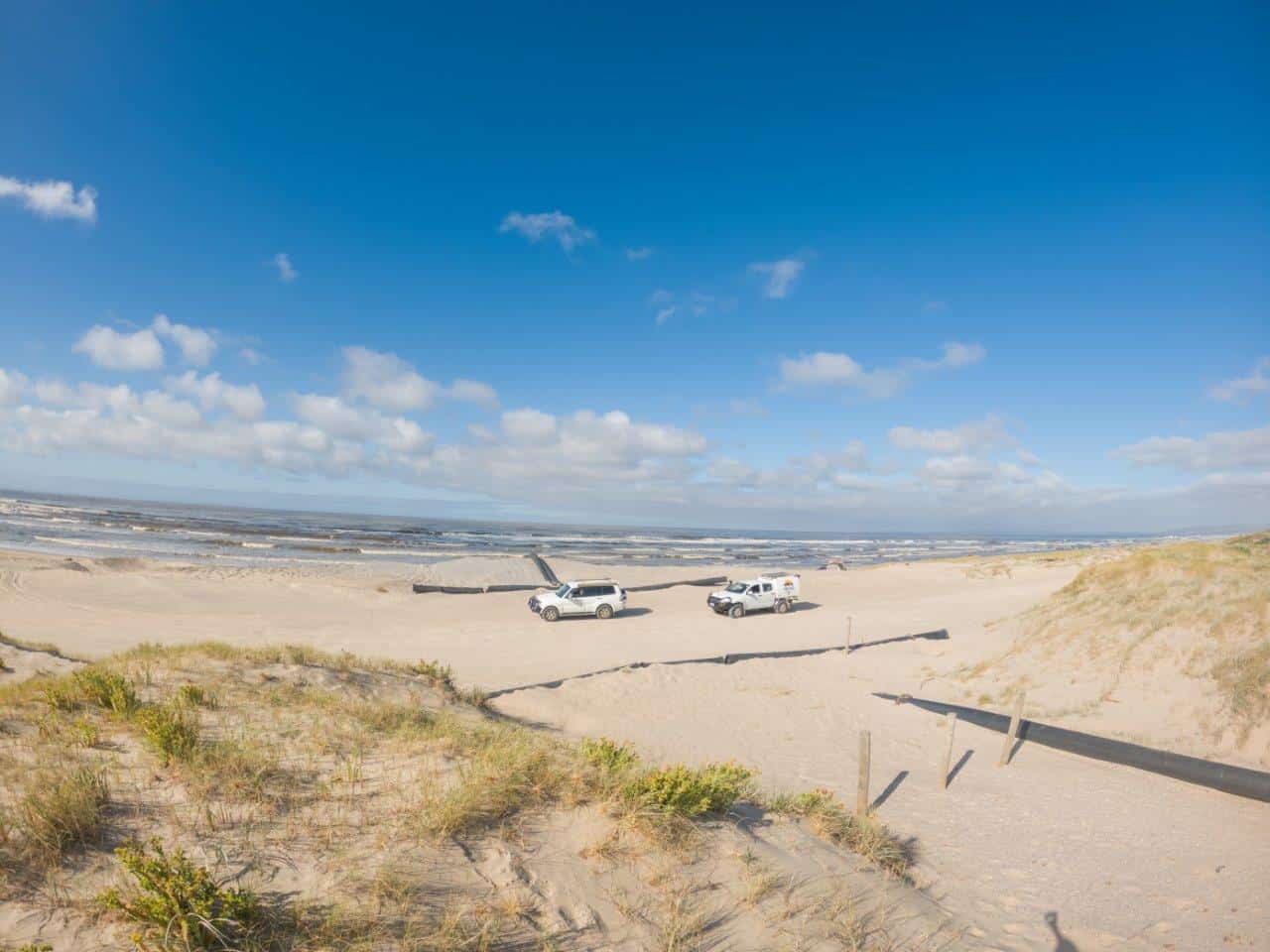 The beach is supposed to be for 4WD vehicles only

It gets insanely busy

At Christmas and other holiday times, you should expect this beach to become incredibly busy. This is less of a problem on the beach as there is more room than you could ever fill, but the entry and exit track becomes a bottle neck, and I bet the locals are sick of people airing up and airing down nearby.

We decided to get up early (we arrived at about 8:30AM, which is early for us at the moment!) and head to the beach, check it all out and be back before lunch, which worked out well. The carpark was fairly empty when we arrived (there were even horses being walked on the beach) and we aired down, cruised down the beach and were back near the car park before 11:30AM, and the queues were absolutely insane.

The entire car park was full, with about 15 vehicles waiting to turn down onto the beach. It didn’t help that someone was bogged and blocking one of the sides, or that people chose to deflate at the start of the entry and exit, but it was controlled mayhem at best. 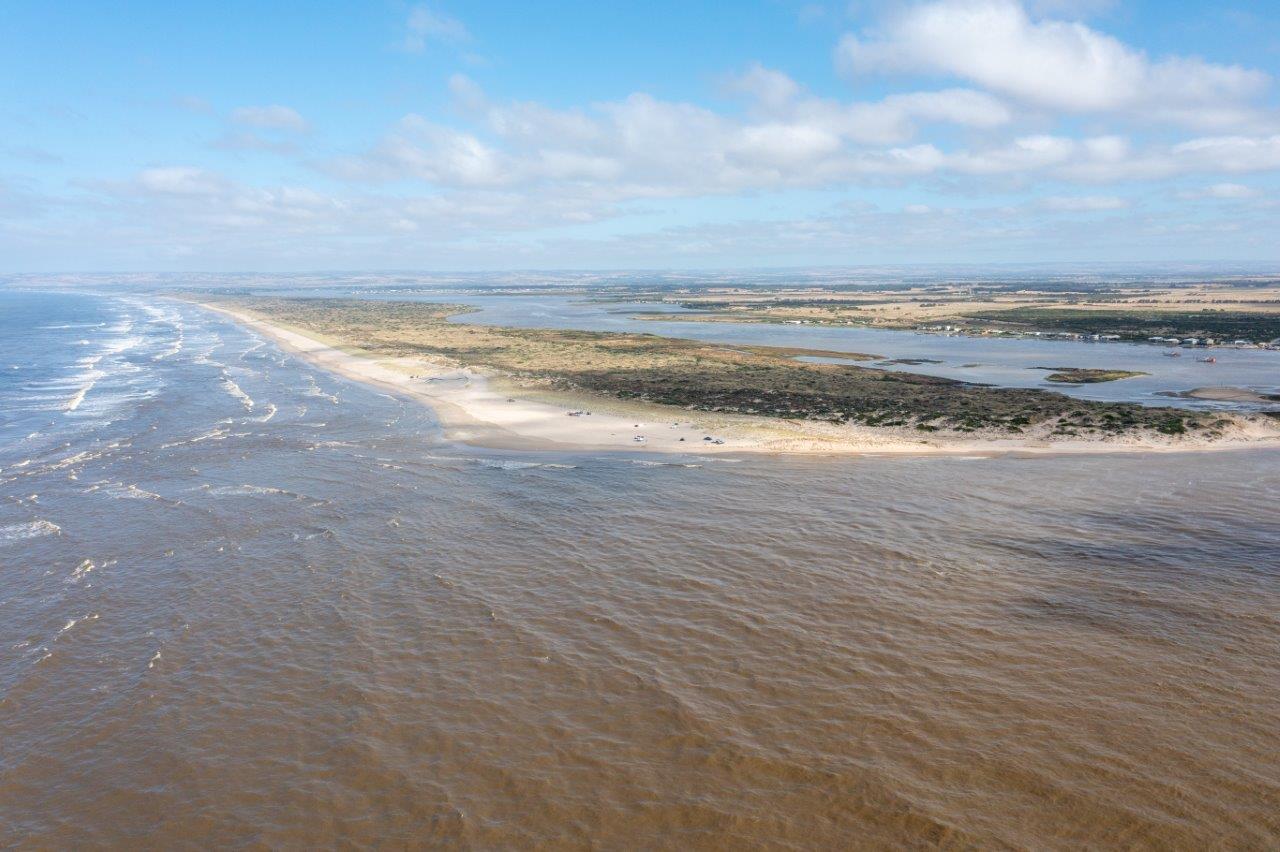 It was incredibly busy around New Years at Goolwa Beach

Can you drive to the river mouth on Goolwa Beach?

There’s some weird signs when you enter Goolwa Beach, and we didn’t stop to read them all as we had people behind us, but I recall reading something about no vehicles within 5km of the river mouth.

Despite this, we ticked down the beach expecting to come to a sign, and have to walk the rest. Instead of a sign saying no vehicles beyond this point, we found a sign that said pedestrian and vehicle detour up over a little hill, and not long after you literally arrive at the river mouth.

We spent an hour or so here, exploring the mouth and watching in awe as the water pumped out of the Murray River. There was a small boat who was heading towards the outlet and drifting at a rapid pace, before booting it and driving back up the river. The water was flowing super fast, and you’d probably have a hard time swimming out of it if you fell in. 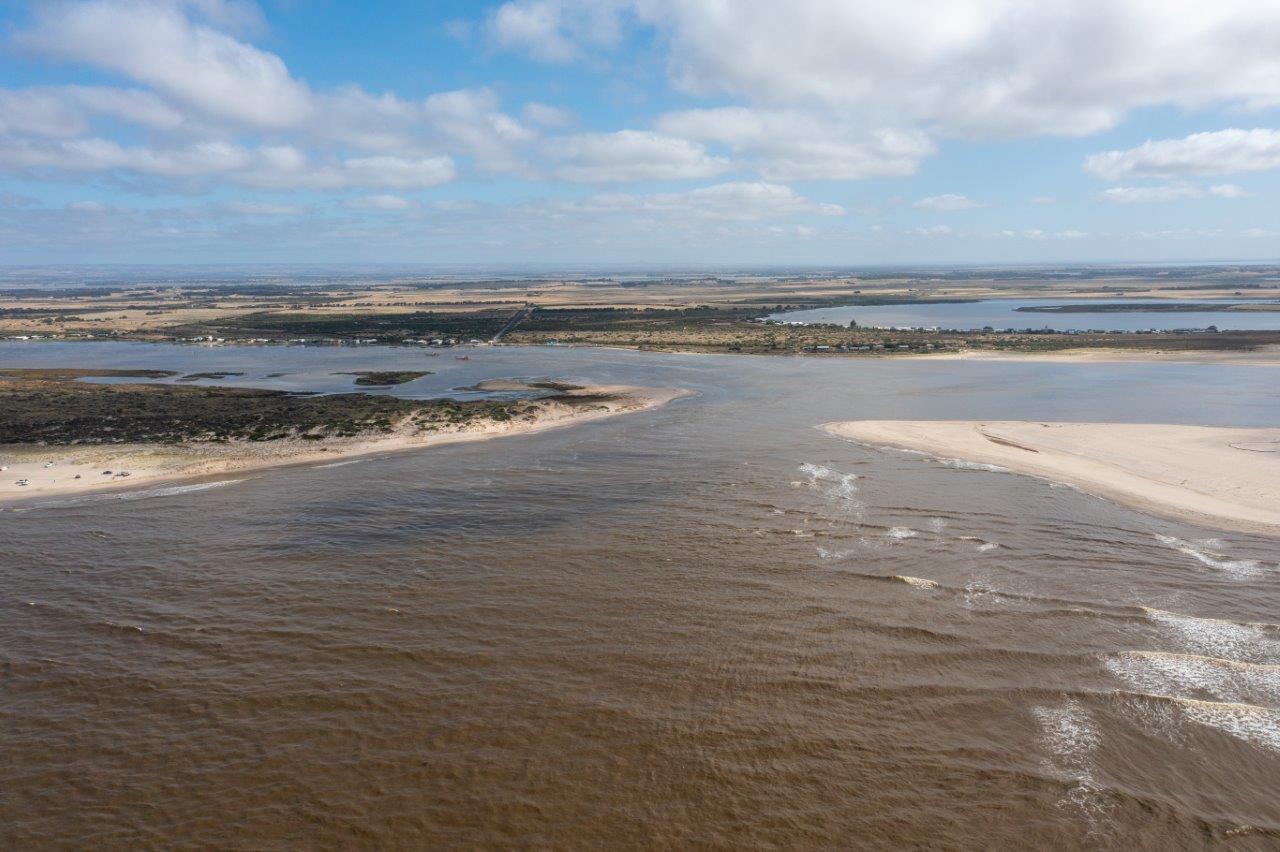 The mouth of the Murray river, flowing out to the ocean 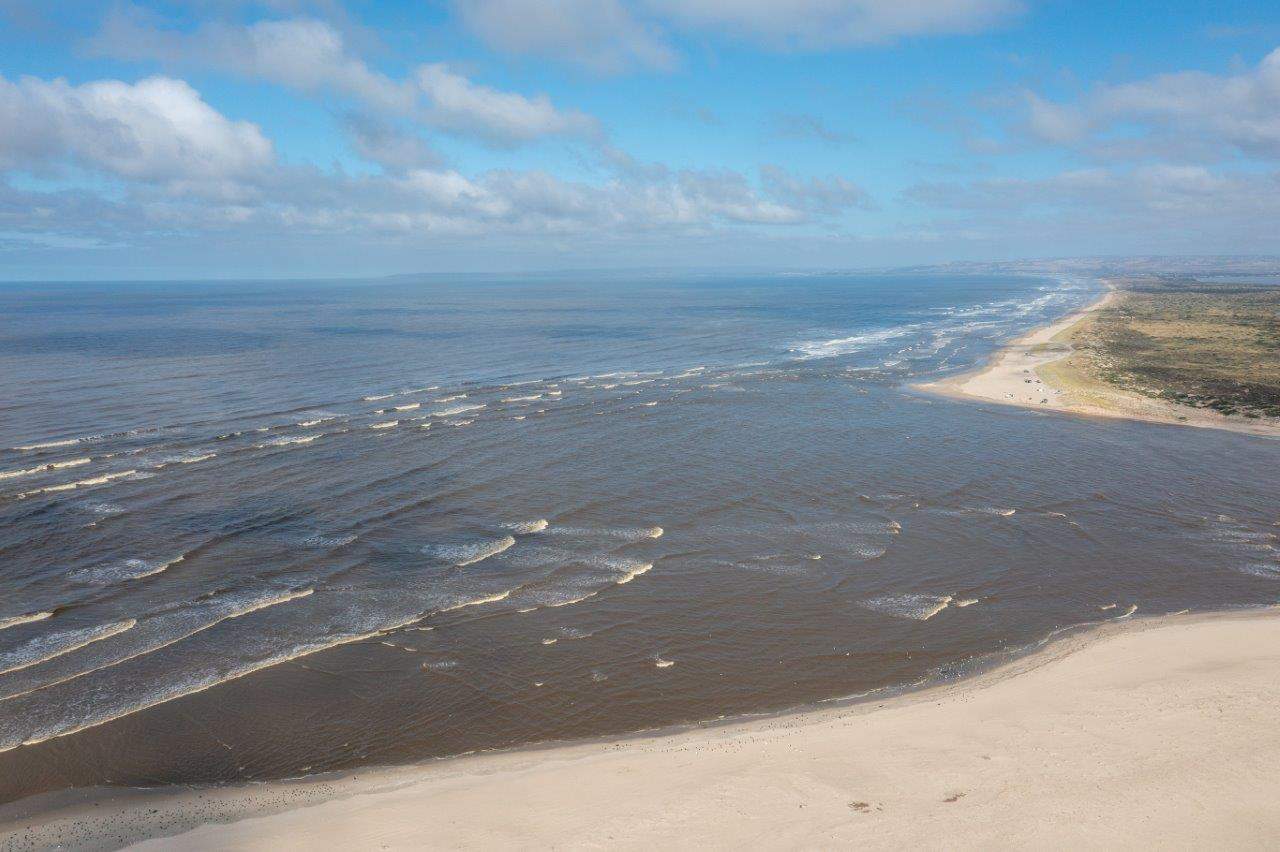 I was surprised to see quite a number of people camping on Goolwa Beach. It seems this is tolerated further along towards the river mouth, but you’d want to be self sufficient and leave it pristine. 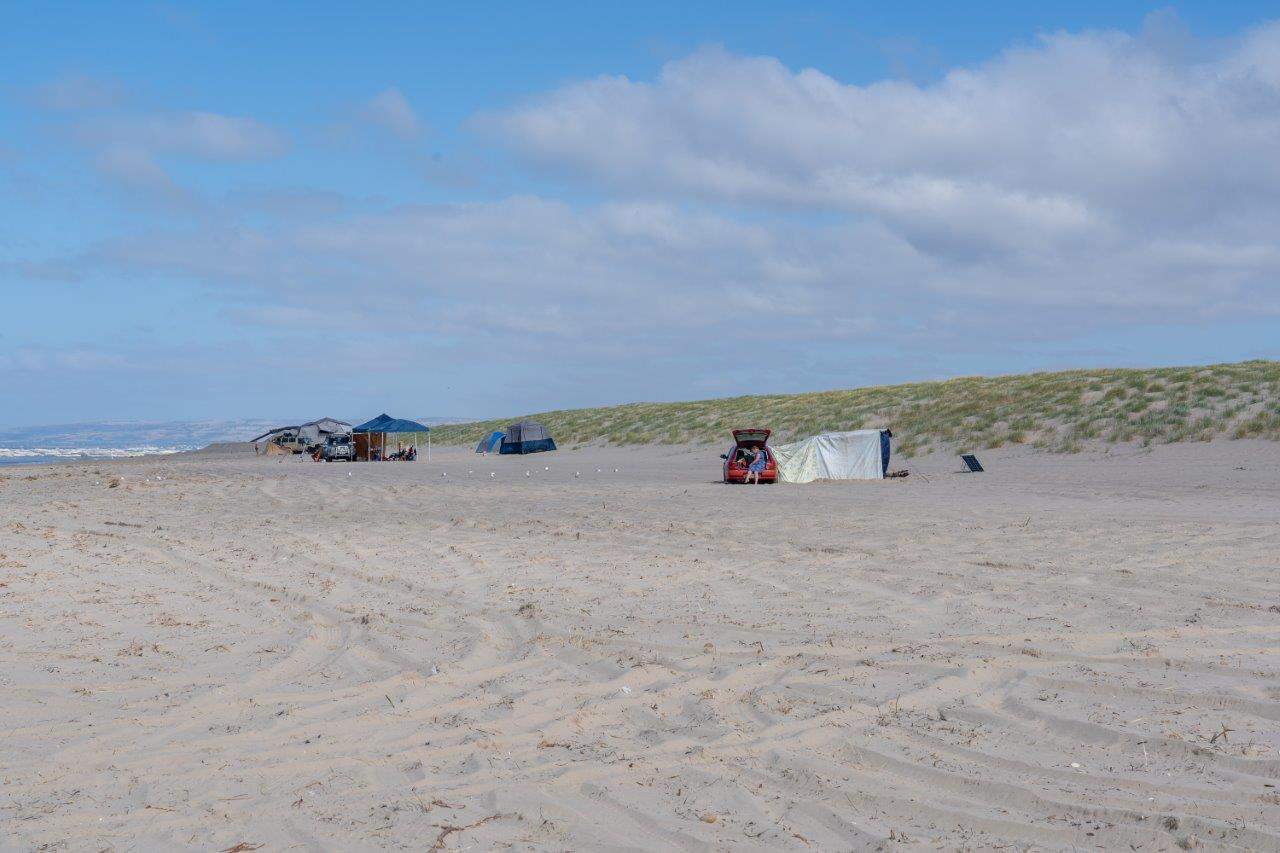 There were quite a few people camping on Goolwa

Stay off the dunes

Before we headed to Goolwa Beach, we read a news article saying that the beach access was possibly going to get shut as people weren’t looking after the area, which was no surprise, but disappointing nonetheless.

We saw two tracks up the dunes near the river mouth, and apparently there were a few more made recently nearer the entry by people who either can’t read, or aren’t interested in doing the right thing. 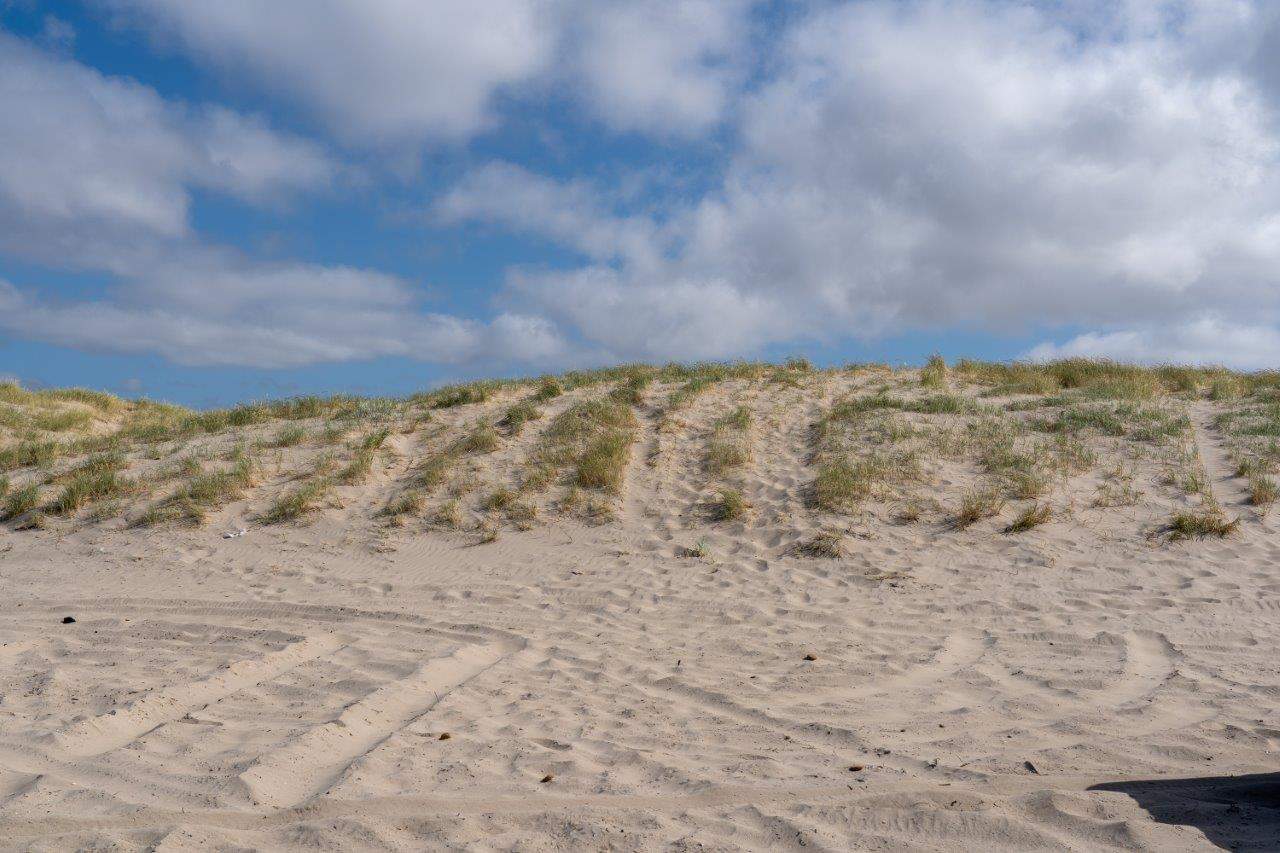 Its really simple; if you don’t do what is right, they’ll just block the access all together, and that is not a good solution. Please, stay off the dunes, and treat Goolwa beach as your own; look after it!

Overall, its a magic place, and well and truly worth airing down and having a look in a suitable 4WD! 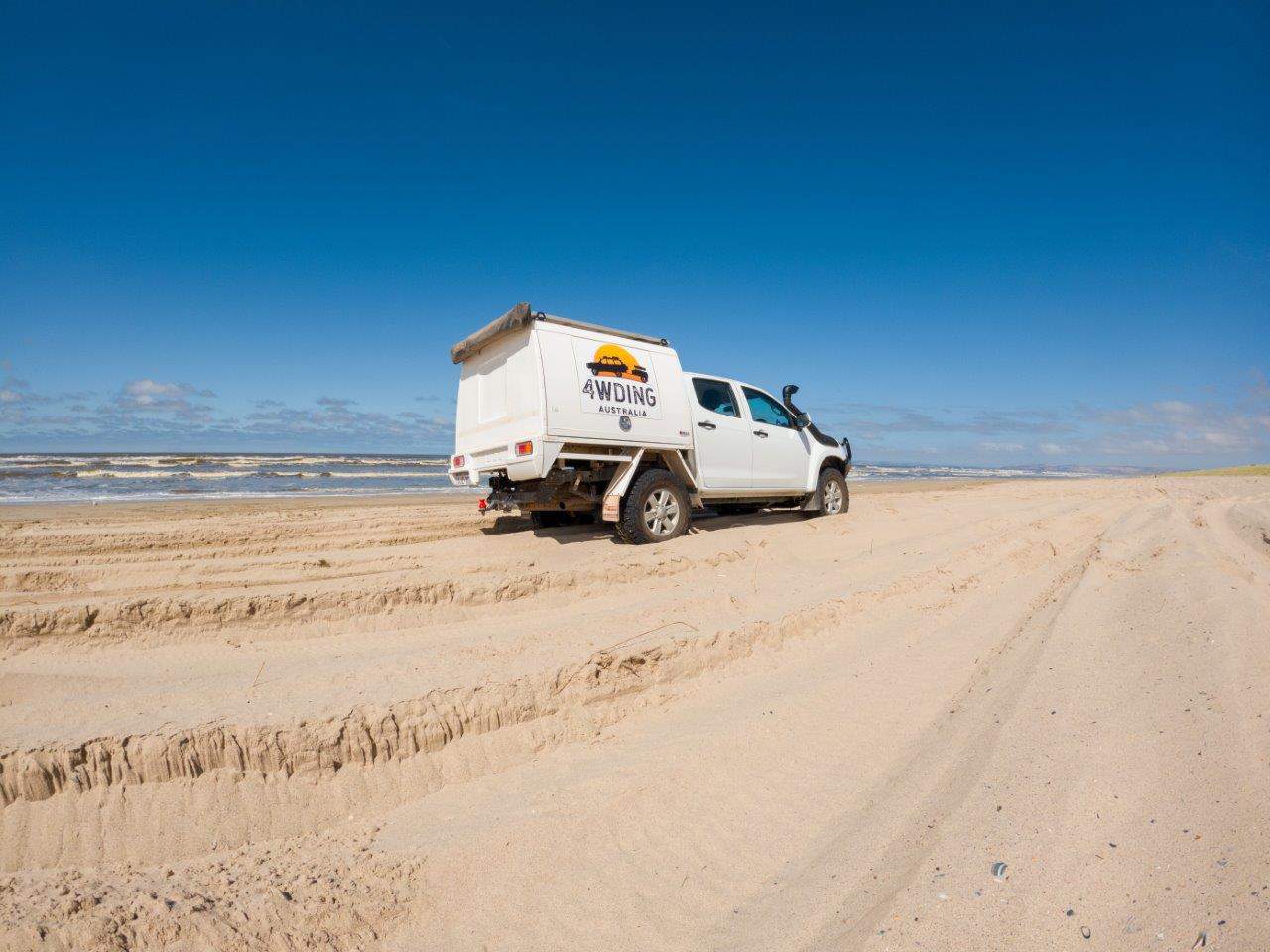