Our first hospital visit on our lap of Australia

As a parent, you get very familiar with the noises that your kids make. The whinge, the ‘my brother hurt me scream’ for some parental attention, and then the scream when you know something is really wrong.

I’m pretty sure the length of gap between the incident and the moment the scream erupts is a good indication of how serious it is, and if they are taking a breath in for an eternity, you know they’ve gone and done something serious.

Sarah and I both knew we’d end up visiting a hospital on our lap of Australia. We knew it was almost inevitable, with two adventurous kids, a big backyard and our youngest one having the coordination of a Giraffe. Regardless of this, we never thought the hospital visit would be from a humble playground, and in the middle of a relatively big town, just 10 weeks into our lap of Australia! 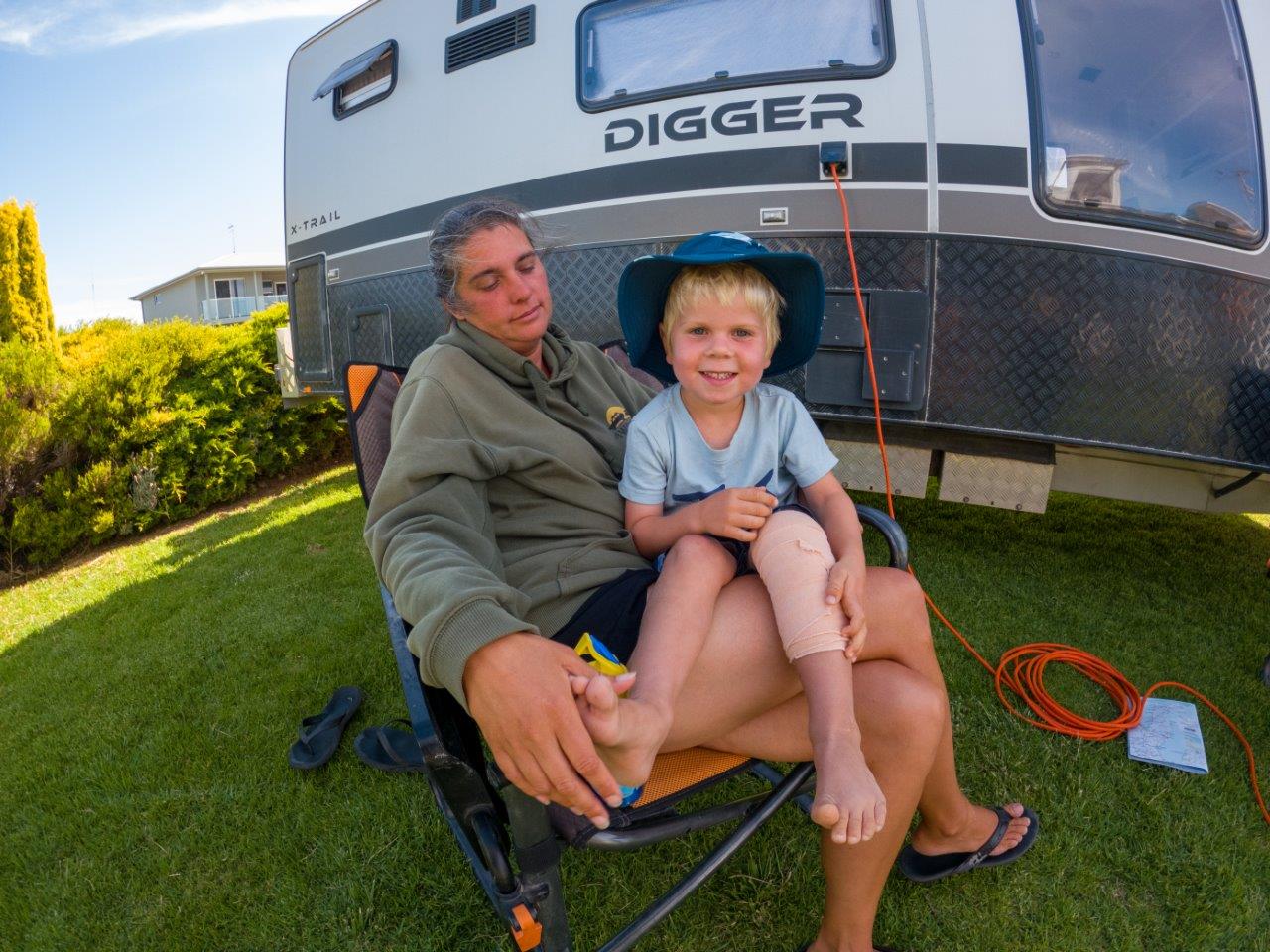 We’d left Perlubie Beach, and knocked a few kilometres down, arriving in Kimba to refuel, have lunch and let the kids run some energy off in the playground. Kimba is a great little spot, with a ripper playground, free camping if you want it and the big Galah. Towards the end of lunch, our two kids were bouncing on the jumping pillow, and I wander over, keen to stretch a bit and have some fun with them. 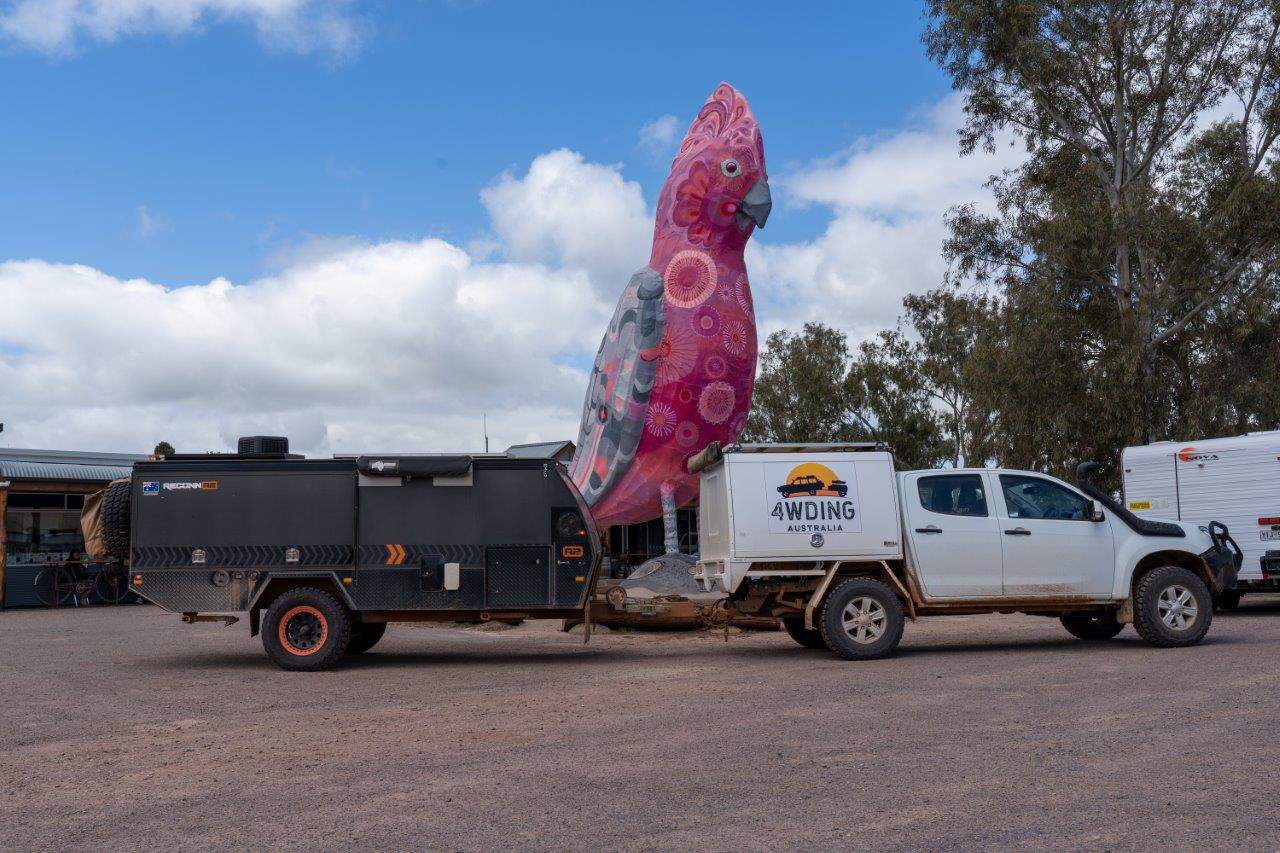 Kimba has a great playground (and a massive Galah)

“Bounce me over” yells Oliver, time and time again, and it doesn’t take long for me to be jumping on the pillow with them, wrestling and jumping near each kid to make them head upwards. We’re all laughing and carrying on, and then it happens; I jump up, and come down just near Cooper, who must have also just come down, and he does an awkward little manoeuvre, and falls over. It didn’t take long for me to realise he had really hurt himself, with a scream that I’ve not heard from him before.

I gingerly carry him carefully back to the car, and I have a look at his legs, and try to console him, but he’s on another planet, with most of Kimba probably hearing his screams. After about 10 minutes of having no improvement in consoling (Sarah, myself, and my parents) him, I scoop him up and walk over the road to the medical centre, who suggest we should just take him to the hospital.

A short drive later and I walk in, and a nurse comes over to check him out. Prior to this, the only thing we could get out of him was that he didn’t want to see a doctor or go to the hospital, but we both felt there wasn’t much of an alternative.

The nurses were awesome, as they usually are, and it didn’t take Cooper long to settle down. They gave him some Panadol and checked his legs over, and deemed him to be OK, despite him not wanting to put any weight on it. We probably sat in the hospital for an hour whilst all this took place, and by the end of it Cooper was silent, even laughing and fairly happy unless you talked about his leg.

We explained we’d be in Port Augusta in a few hours anyway, and they just said to give more Panadol as needed, and to see a GP if it became swollen, bruised or he couldn’t weight bear for some time.

Cooper was great in the car until the last 15 minutes of our trip, and unless someone was holding his hand or distracting him he was quite upset. He laid on the bed in my folks van watching something, and didn’t eat much dinner, but crashed soon after with another dose of medicine to help him sleep and recover.

That night, Cooper woke after about an hour, and then wouldn’t settle, so we pulled him into our bed (which we never do), and he slept OK until the morning, where he was still in pain and wouldn’t put any weight on it.

With some more Panadol, and a doctors appointment booked, we kept an eye on him for the day, and he improved to the point where he was putting some weight on the foot. The next day he had no medication, and was complaining much less, with me able to move his leg around fairly freely and even apply some very limited weight without too much complaint, but he was really cranky. 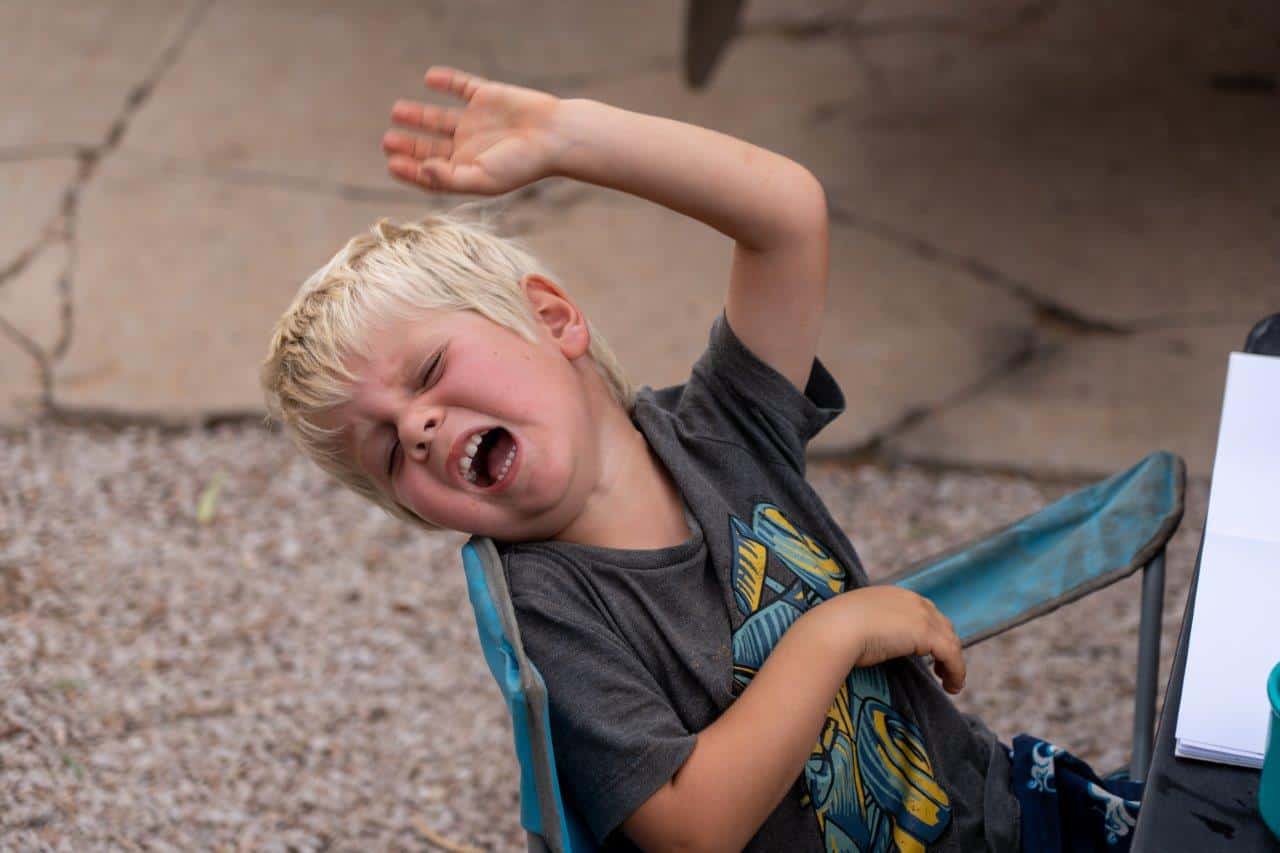 Cooper was really cranky whilst his knee was injured

Day 3 showed some minor improvement again, but he was still super cranky and very unwilling to put weight on it, although we did get him to take a few steps on his own

Day 4 resulted in me still carrying him around for most of the day, but we got him walking on his own for up to 10 steps with minimal complaining, and he was crawling around on the beach happily, and using the entire leg for everything except walking. 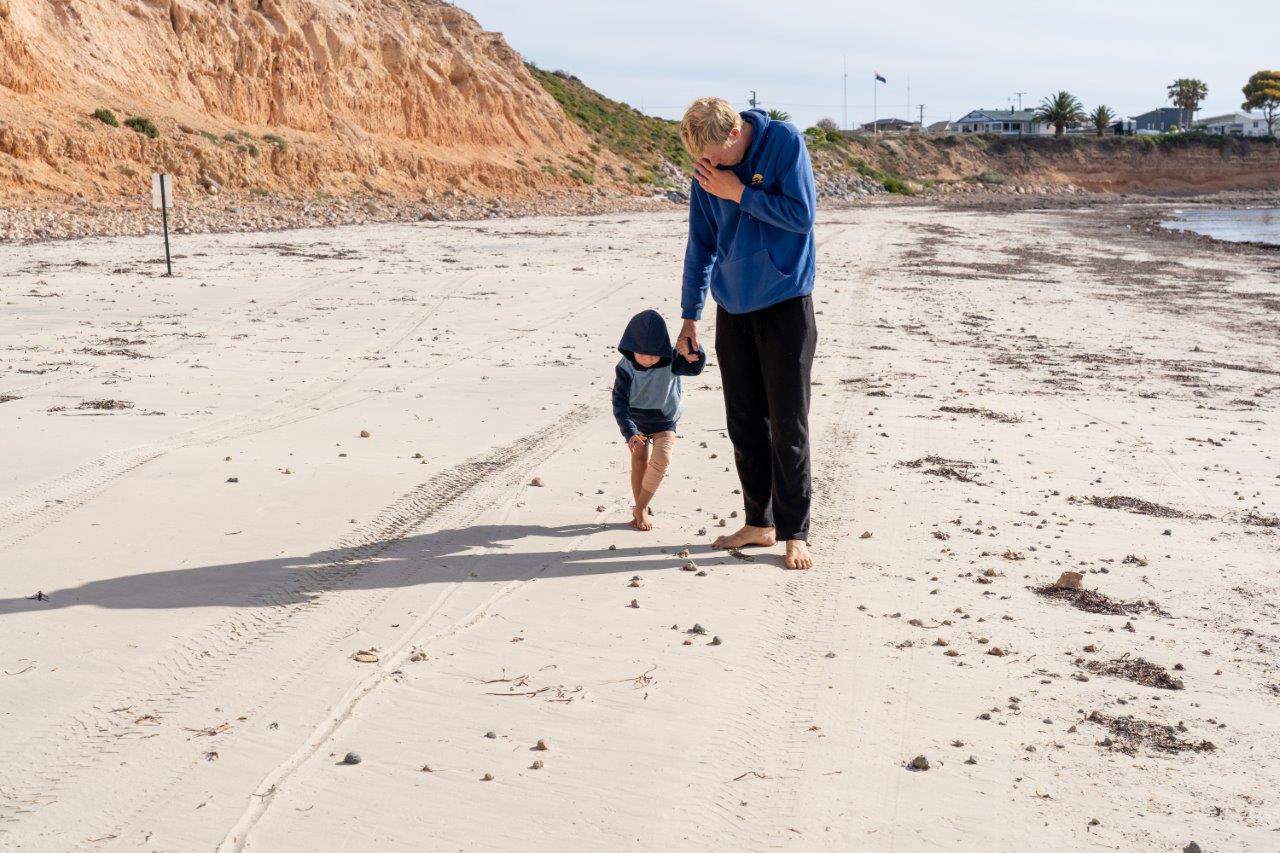 It was a long, tiring process to get him on his feet again

Every day we saw some minor improvements, but it took until about day 6 for Cooper to put any real weight on the leg, and day 8 – 9 before he was walking and using it properly. There was certainly a mental barrier for him to overcome that it was fixed, but once that was done he was on his way, and much happier (and so were we!). 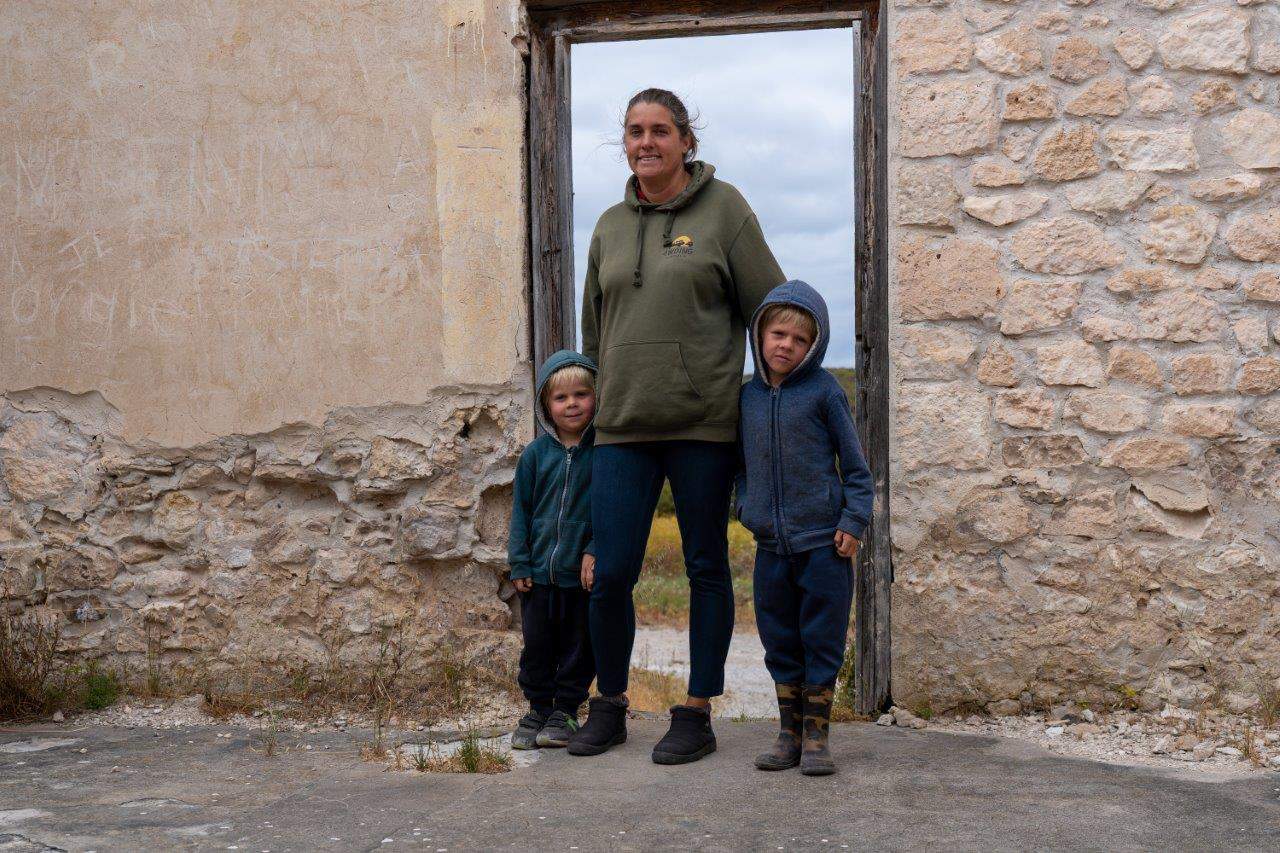 I want to re-iterate the inconvenience of something that was so easy to avoid. Cooper was incredibly fortunate that it wasn’t anything substantial, but even this injury was a major inconvenience for us, and my folks. It delayed everything, made car trips miserable when he was upset and in pain, and wrecked a nights sleep for Sarah.

Cooper missed out on playing on a number of awesome playgrounds (and was literally crawling around on them, or being carried from section to section), and we skipped a Caravan Park that had a nice petting zoo and other kids attractions as it just wasn’t worth it.

Cooper is at the age where he can do most things himself, and you go back to doing everything, with a whole heap of complaining to go with it. Going to the toilet, changing him, entertaining him and so on just becomes far more difficult.

We had a rough couple of days after the injury, with Cooper often being edgy and miserable, and having to lug him around all the time wore us out, and made us get over it really quickly too. We actually looked at a stroller on day 3, but decided it wouldn’t be worth it given how much beach and coastal camping we do. 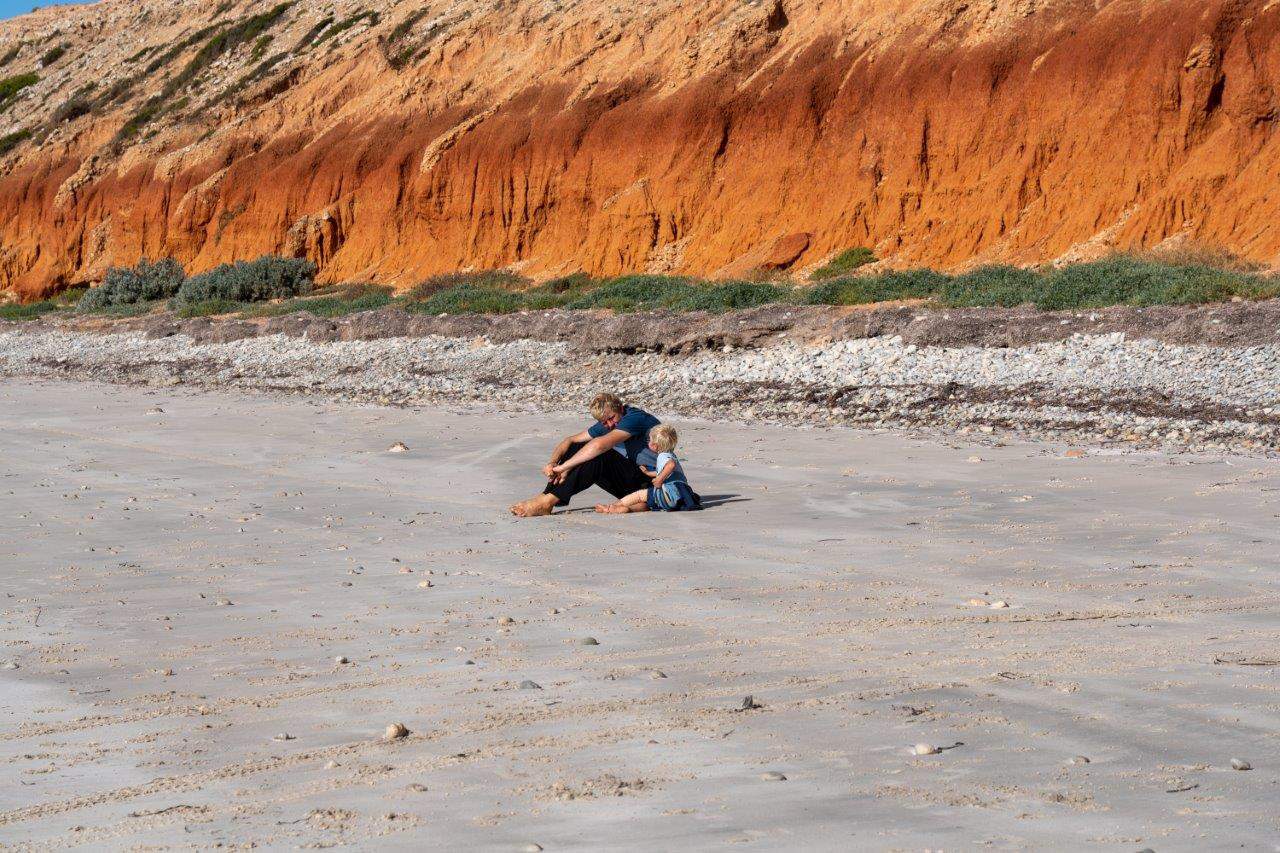 Of course, I immediately felt terrible, and then had many days to consider my horse play and how a bit of carelessness affected our travels so much. I’ll certainly be far more careful going forward, but we’ve had our first (hopefully no more now) hospital visit on our lap of Australia!

What have you had go wrong on your travels? How did you deal with it?