After leaving a nice Hipcamp in Aldinga (Blissful Peace), we called into Port Noalunga to check it out, and my Dad called over the radio that his brakes were squeaking a bit. We continued on, not thinking too much about it, but he pulled over just before the freeway to Adelaide to investigate further.

After rocking the wheel and looking at everything, he decided to continue on towards Belair Caravan Park, and look at it more closely there. His thought was that the brake pads might be worn out, and in need of replacement. They arrived at Belair not long after and set up, and later in the evening Dad grabbed some tools out to investigate further.

He jacked one side of the van up to check the bearing play, and brakes, and then dropped them down before moving around to the side we’d set up camp. Not long after I heard an exclamation; there’s broken studs!

I looked over, and could see two studs missing, and it got worse. Every single wheel nut was loose, and only two were on a decent amount. The wheel was literally a few kilometres from completely departing from the caravan, and it would have happened driving through the Adelaide hills, or on the freeway, which is a pretty scary thought. 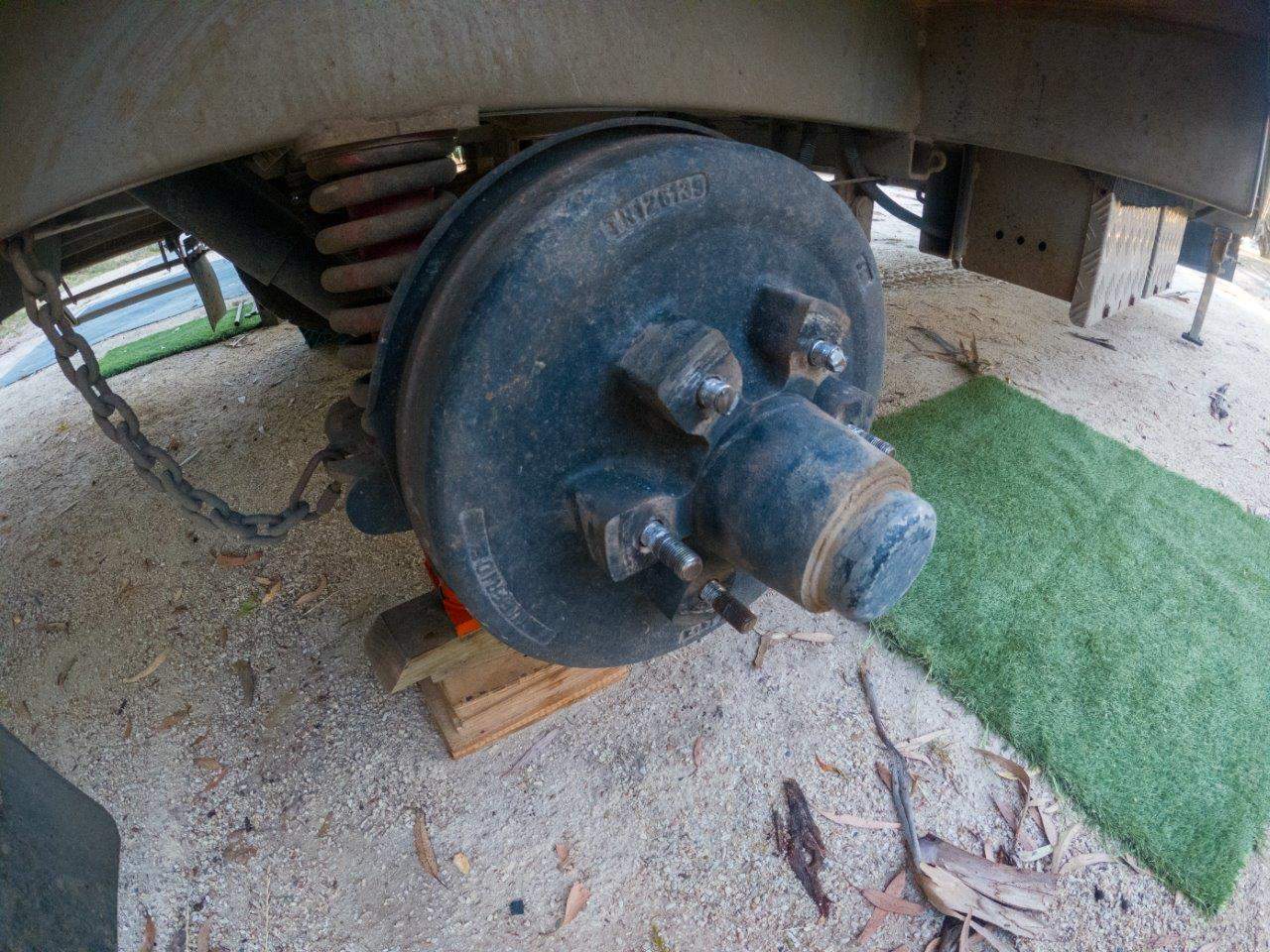 Two broken studs on a single axle caravan; not great

Asides from the broken studs, it had munched the tapers of the rim and made it a very bad spare at best. Fortunately, Dad had purchased a brand new hub with bearings ready to go, a new seal and it came with new wheel studs, so he swapped it over and put a spare tyre on. 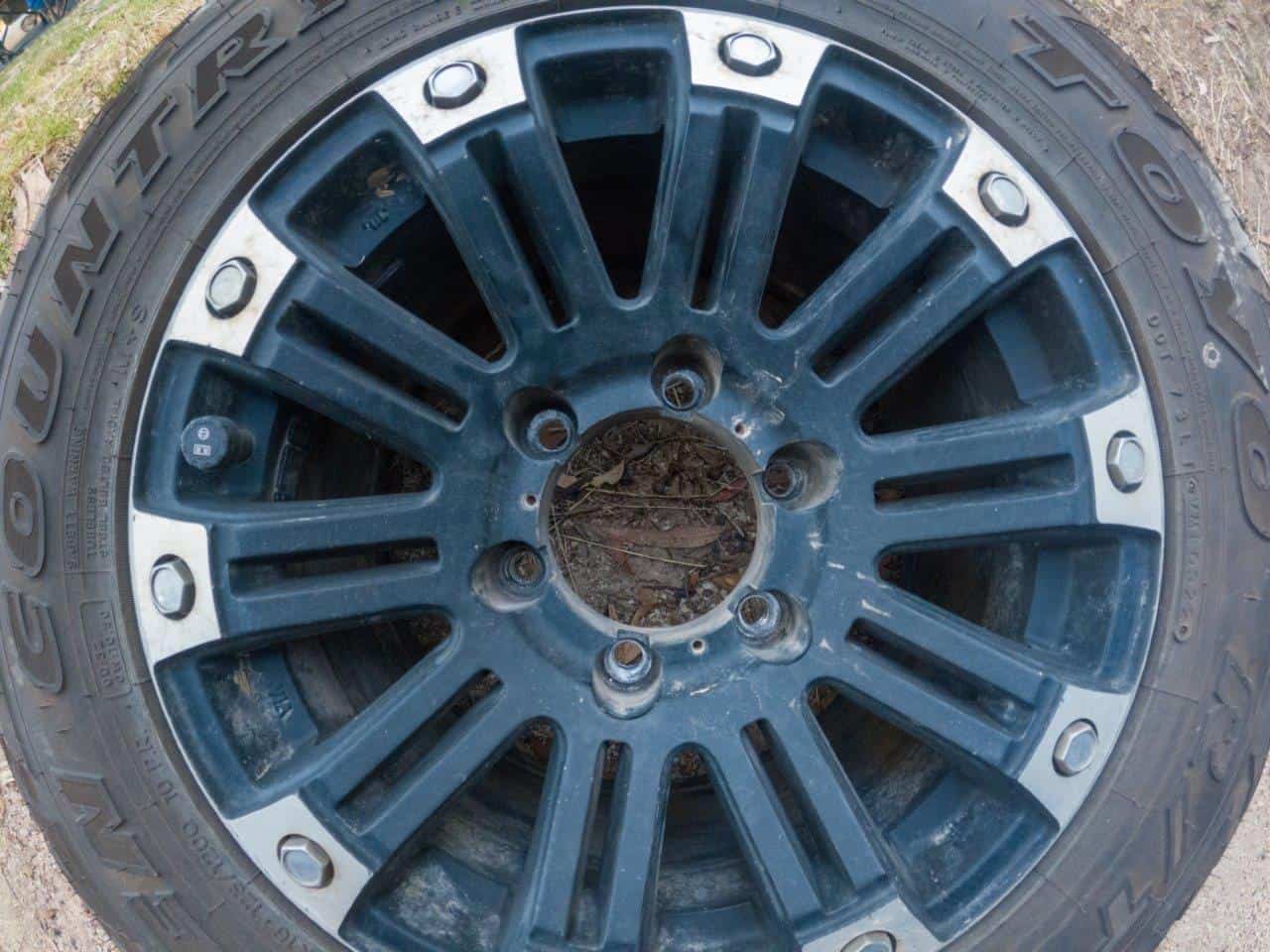 The loose nuts had also wrecked the aluminium wheel

It couldn’t have been luckier; in a major city where we could get parts, the wheel didn’t fall off and we had everything we needed to repair it then and there and get it going again.

Why did it fail?

I’m always keen to diagnose the root cause of a problem, and this same side of Dad’s van had a broken stud already once in Broome, where he managed (painfully) to source a suitable replacement and put it in.

He’d torqued the studs to 135nM only a few weeks before, but never checked them since (which is probably the primary cause). That said, perhaps the original stud and hubs was defective, and after one broke (but everything else was still tight and OK) the failure just kept progressing. The two studs that broke were not the new ones, so its certainly possible.

We’re still debating the actual wheel torque specifications, with information online awfully vague; more on that later. Maybe the torque wasn’t high enough, or the nuts just worked loose and snapped another one, before making it easy for the other 4 to come loose. 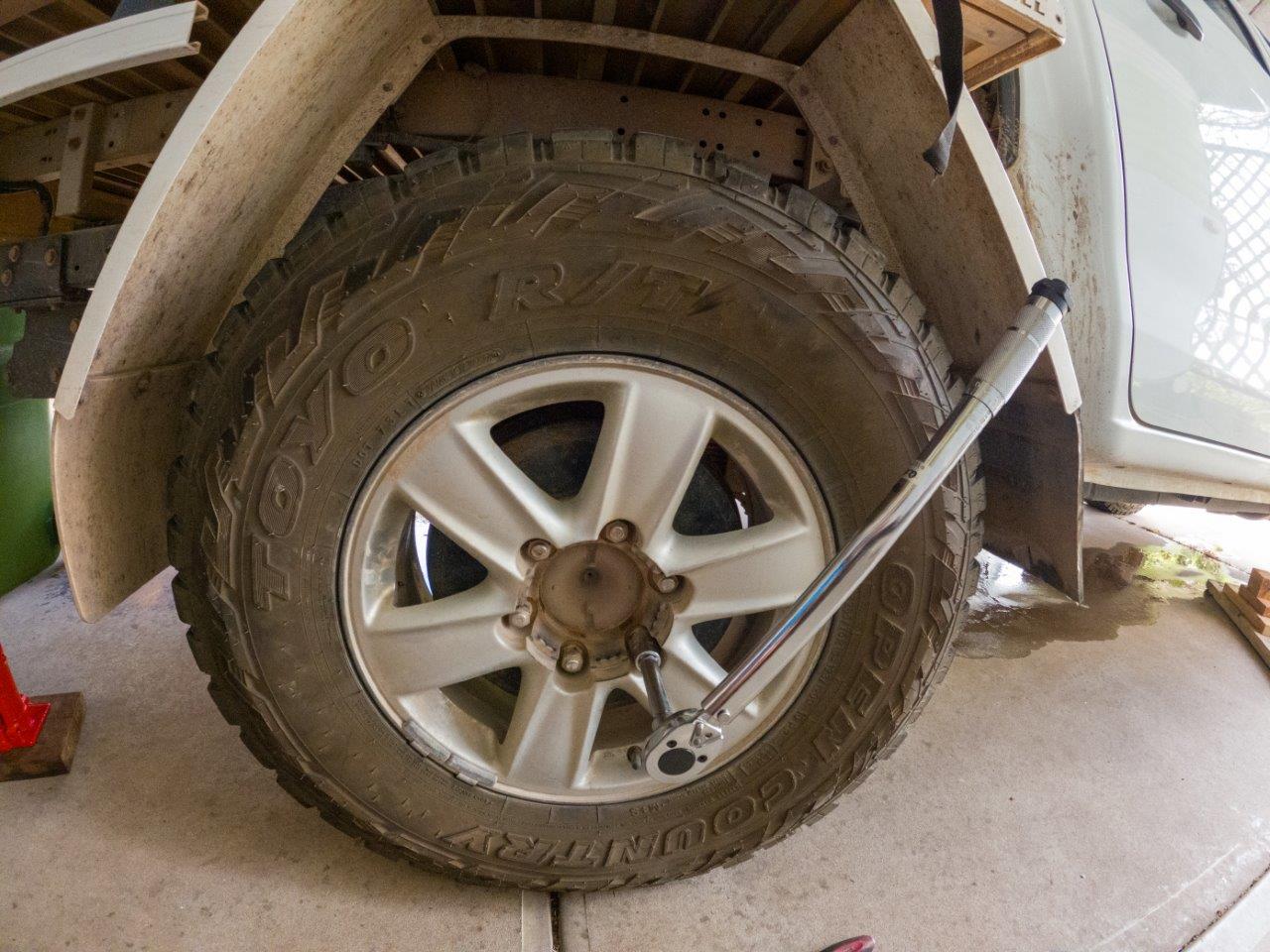 We both torque our wheels, but you need to repeat it after changing wheels, and it was missed

The broken studs and used hub were easy; you can purchase new studs and bearings, or a complete hub that is ready to go without too much issue. The bigger problem though, was replacing the wheel that was damaged from chattering on the wheel nuts. The tapers were all worn away, and although I’m sure it would tighten up there is zero chance you’d get equal torque all the way around, and it was ultimately a bin job.

I warned Dad that it would be hard to find a suitable replacement rim due to its load rating requirements, and my comment soon turned out to be very true. The van runs a 16 x 8 rim, with 6 stud and 139.7mm PCD, zero offset and wait for it…A load rating of at least 1375kg, per wheel! This stems from the van being 2750kg ATM, and single axle.

Tyrepower said you couldn’t get steel wheels that would be rated to this, and I rang a heap of places who seemed to confirm this. Bob Jane did manage to find the Kings Terra rims which are rated to 1450kg, and were available in Sydney, and I found one other place that also sold a different type or you had to go to an aluminium wheel.

This is fine, except when you have 4 aluminium wheels on the van (2 spares), do you run with two different ones, or buy 4? The cheapest alloy wheels started off at about $360, and then work their way up from there (but many are rated at 1400kg plus).

Dad also had noticed a crack in his second spare rim which appeared after a blow out, so he effectively had no spares that were any good. He managed to get the good, new Toyo RT tyre swapped onto the remaining rim, threw the worn one in the bin and then continued shopping for new parts. Although we were in Adelaide, a lot of things still had to come from elsewhere, and with only 3 days booked it was a bit of a problem.