Towing Guide and Etiquette; 7 ways to do it right

There are a lot of people on the road today towing something, and that means certain adjustments need to be made in the way everyone drives. Unfortunately, there is a lot of towing etiquette that does not get understood, or followed and people end up red faced and short tempered.

On our way out to Cape Leveque, I was reminded of how annoying it can be when people don’t follow the basics, and I honestly believe it contributes hugely to accidents from people losing patience, and making poor judgements. 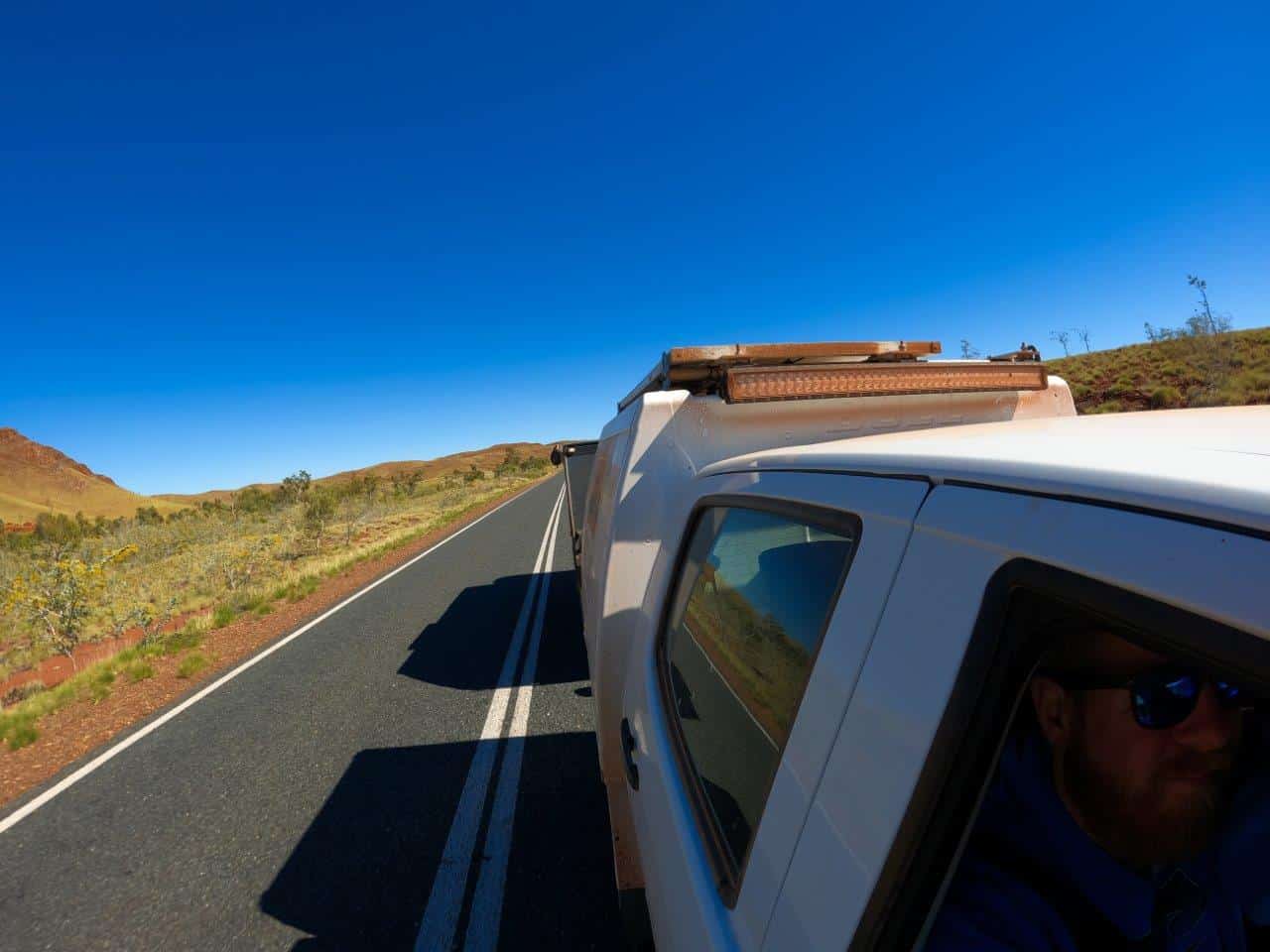 If you are towing something, you need to follow these 7 items

Get a UHF, and turn it onto channel 40

It should be compulsory for those who are travelling longer term with anything more than a box trailer to have a UHF. It doesn’t have to be a permanently mounted unit, even a cheap portable unit will do, but you need a UHF radio, it needs to be turned on, and kept on channel 40.

There are many reasons for this, but the biggest one is that you can communicate with others on the road. If a road train wants to overtake you, they can let you know. If an oversize load is coming the other way, you’ll know well before they get to you, and you have plenty of time to react.

If there’s a line of people behind you waiting to overtake, being able to talk to each other is a great way to keep people calm, and to make educated decisions.

Nothing is more frustrating than being stuck behind someone who hasn’t left a decent gap, has no UHF on and wont move out of the way to let you pass, and I’ve seen truck drivers get stuck behind 4 big motorhomes on holiday doing well under the speed limit, with no way of communicating with them.

Truck drivers are working, and have to stop under law to meet their log book and fatigue management criteria, and when they are held up it is rightfully frustrating for them. 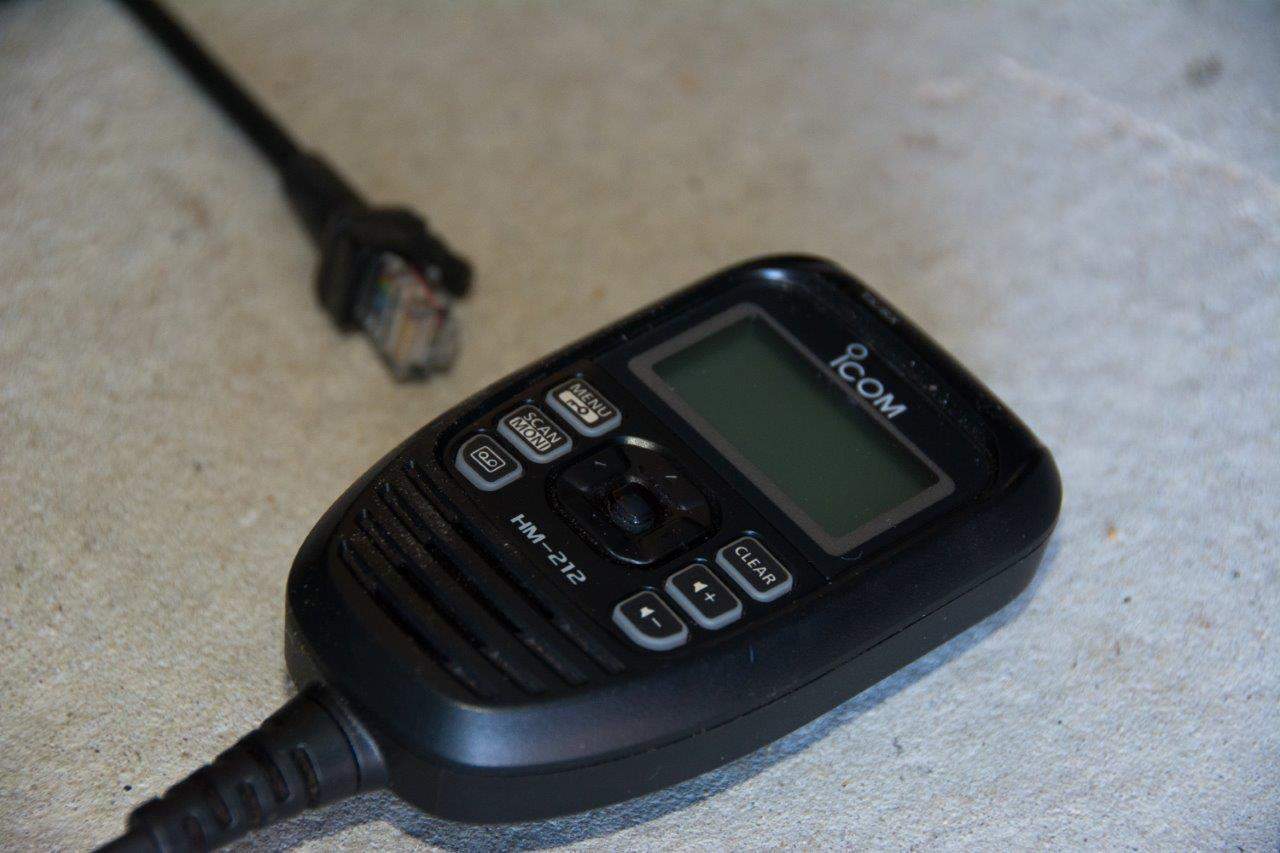 A UHF should be part of your towing gear

If you are not doing exactly the speed limit, or are planning on overtaking, you should leave at least 100 metres between yourself and the vehicle in front.

Not only is this common sense from a braking and accident avoidance perspective, but it allows anyone who is stuck behind you to hop around you, one vehicle at a time, keeping everyone happy and safe.

If you sit close to the vehicle in front, it means those behind you have to overtake not just one vehicle, but two, and when you are towing long caravans it’s a big problem. 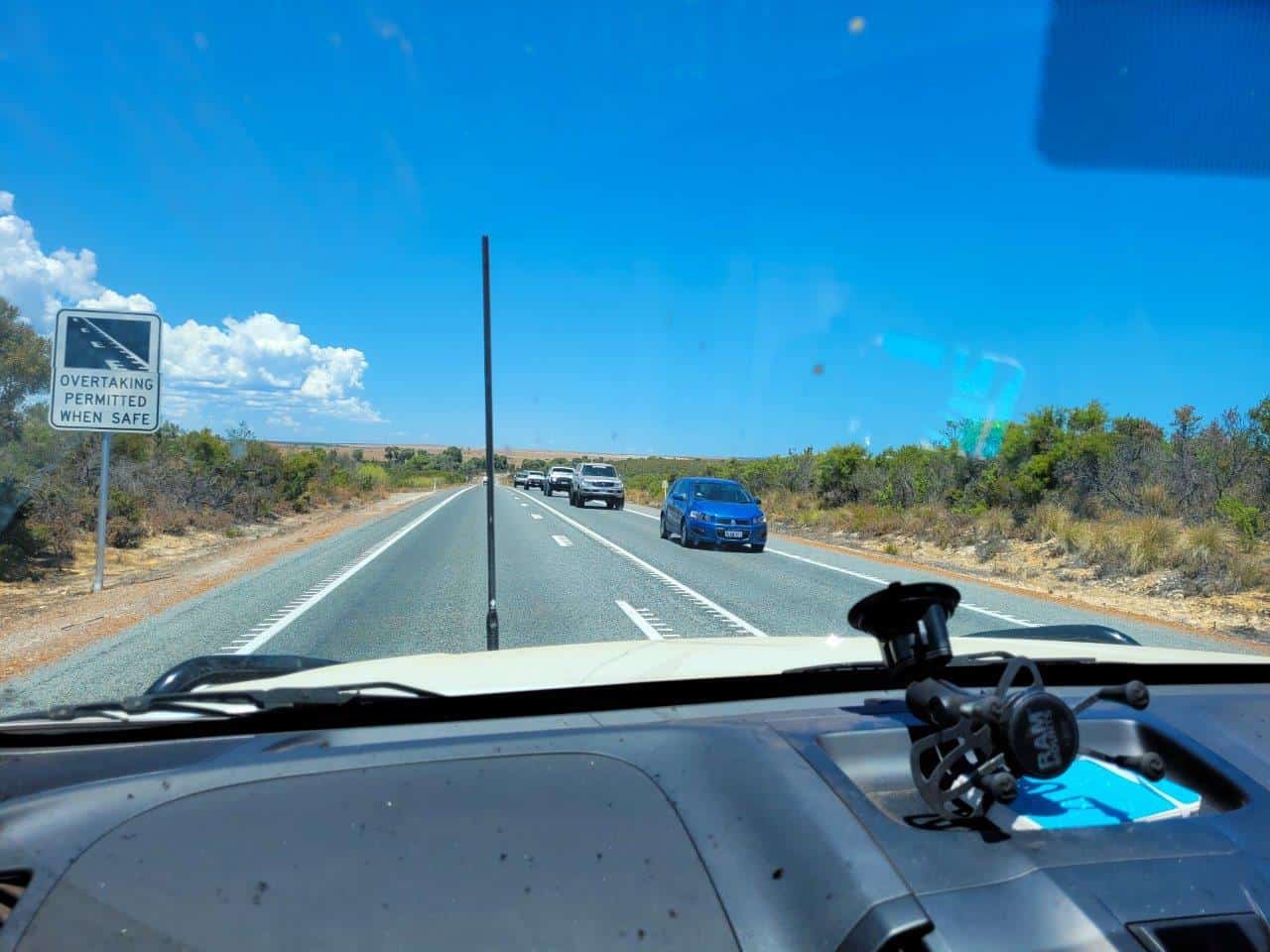 Don’t sit too close to those in front of you!

Don’t sit in the centre of the road

This applies only on gravel and off road situations, but if you are cruising along and you can see those behind you wanting to overtake, pull over as far as you can to the left to give them maximum room. When you sit in the middle of the road its not safe to overtake as the road hasn’t got enough room, and you block the view.

Coming back from Geraldton the other day, and I wanted to get around a big RV, but it was sitting so close to the centre lines that I had to go on the wrong side of the road to even see if it was clear at all, which is no good for anyone. 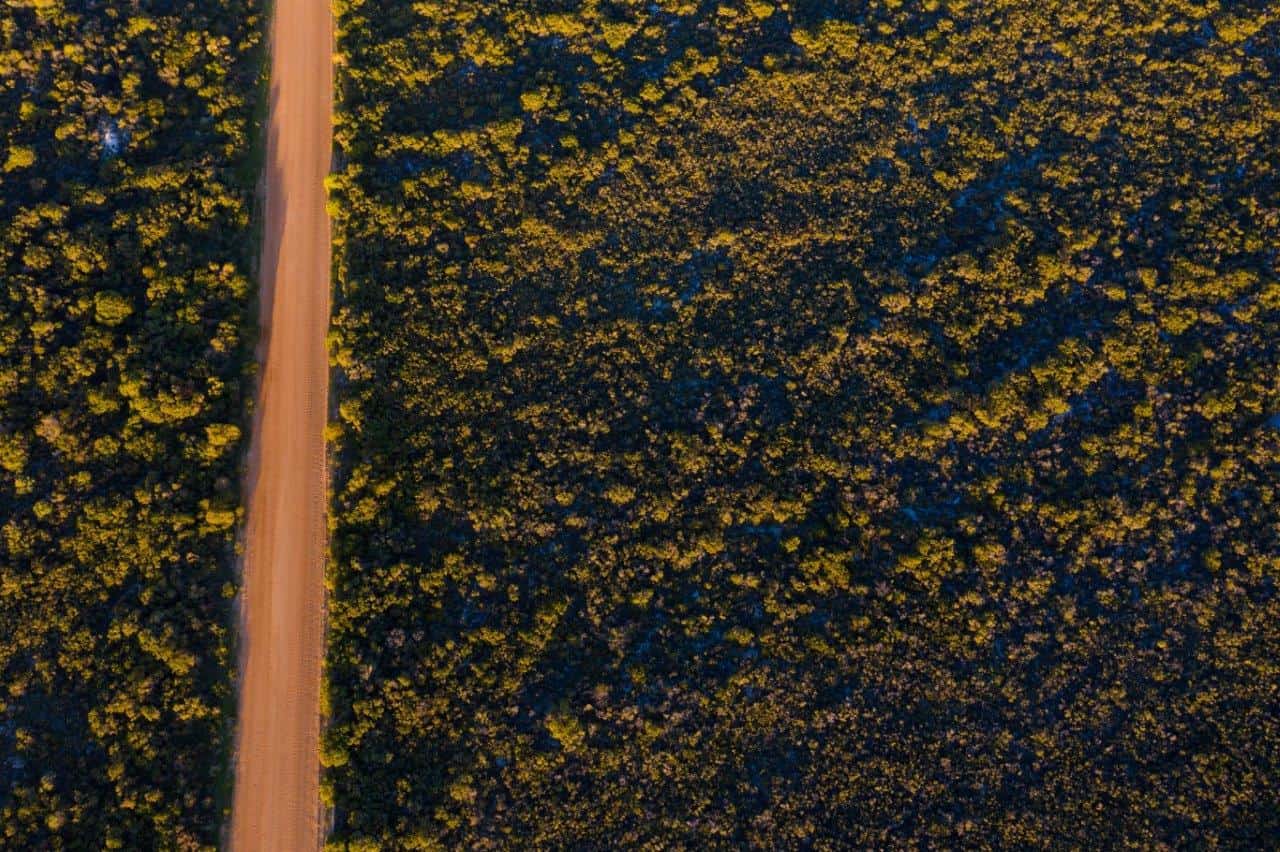 Choose your position on the road wisely

Let others pass when its safe

If you can see a trail of 30 cars behind you waiting to overtake, do the right thing and slow down at overtaking lanes, or pull off every now and again. You are perfectly within your right to go slower than the posted speed limit (unless its a freeway in WA, and then you can’t go slower than 80km/h), but do it with a bit of common sense.

I firmly believe that one of the biggest contributors to accidents is people who intentionally (or otherwise) block traffic. Those behind get frustrated, and take unnecessary risks, which can end very badly.

Install towing mirrors, and use them

One of the instances heading up to Cape Leveque was when we pulled up behind a New Age Caravan on the bitumen, and I could see his step had either not been put away, or had fallen down. It was running dangerously close to the road (within 80mm) and I knew it would do major damage to the van if it grabbed, and if it got hit and came off possibly others.

I jumped on the radio, and got no response. Fortunately, the road workers did, and they said they’d flag him down. A bloke in high vis literally waved, jumped up and down and signalled for him to slow down, and the driver did nothing.

I then proceeded to move to the middle of the road, and flashed him with the light bar as best as possible, but I could never seem to see his mirrors. I then worked out why; he had none, and that meant he probably couldn’t see the step had fallen down.

The road workers jumped in their car, drove past us and after more time than it should have taken, they waved the bloke down and got him to pull over and fix it.

If you tow a trailer that is wider than your mirrors and do nothing about it, you deserve to get a fine (and it does happen). 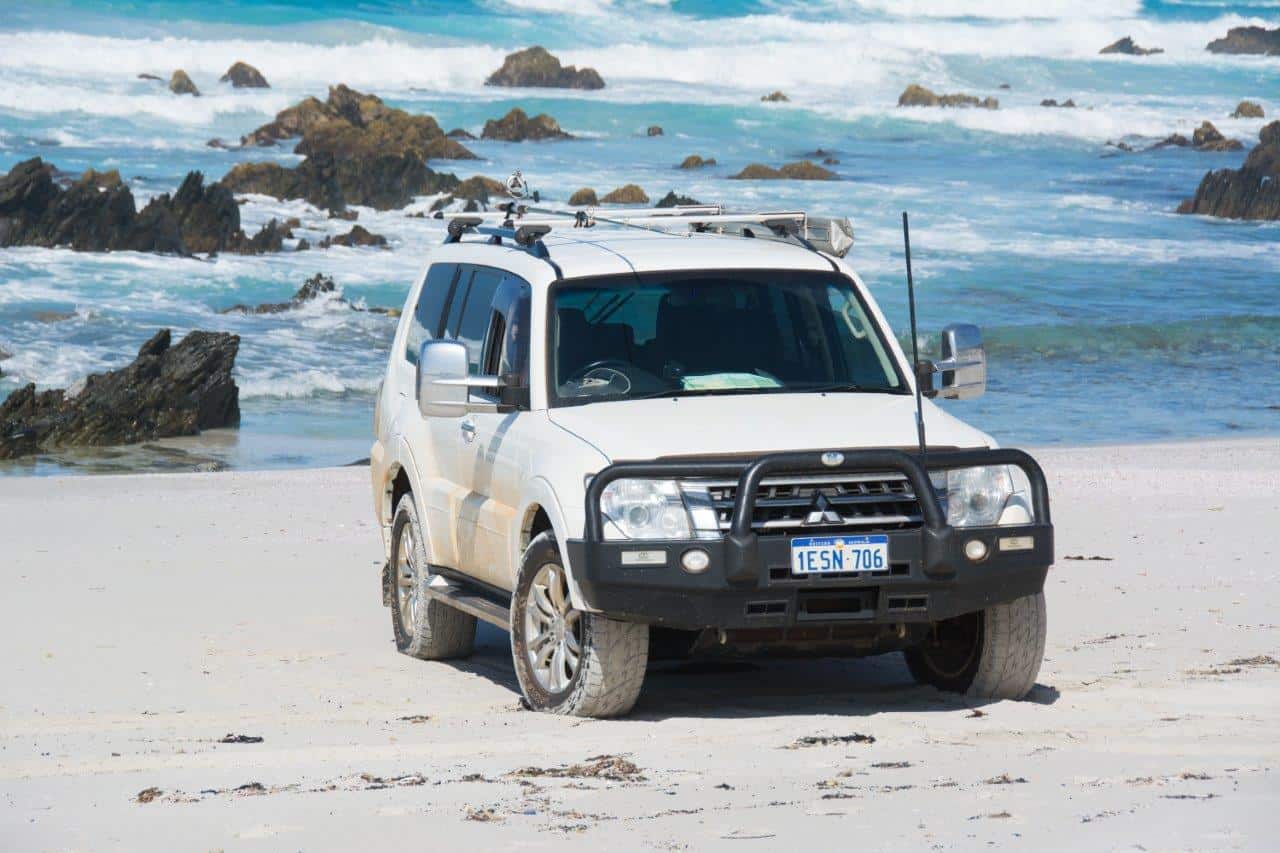 Deal with the truck drivers respectfully

I feel sorry for truck drivers on the road, who have log books, speed limitations and have to deal with some of the most incompetent drivers around. I really do. Road trains will tick along at 100km/h and if you are doing under that speed, they will want to pass you.

Use your UHF, let them know its clear, and don’t back off your speed until they are at least a fair chunk in front of you. If you want to overtake them, don’t be afraid to ask if its clear; most of them are very respectful, and helpful people.

Don’t slow down when you think its safe for them to overtake; let them make the decisions as they have vehicles that are extremely long and heavy, and they know exactly how much space they need, and when its actually safe. 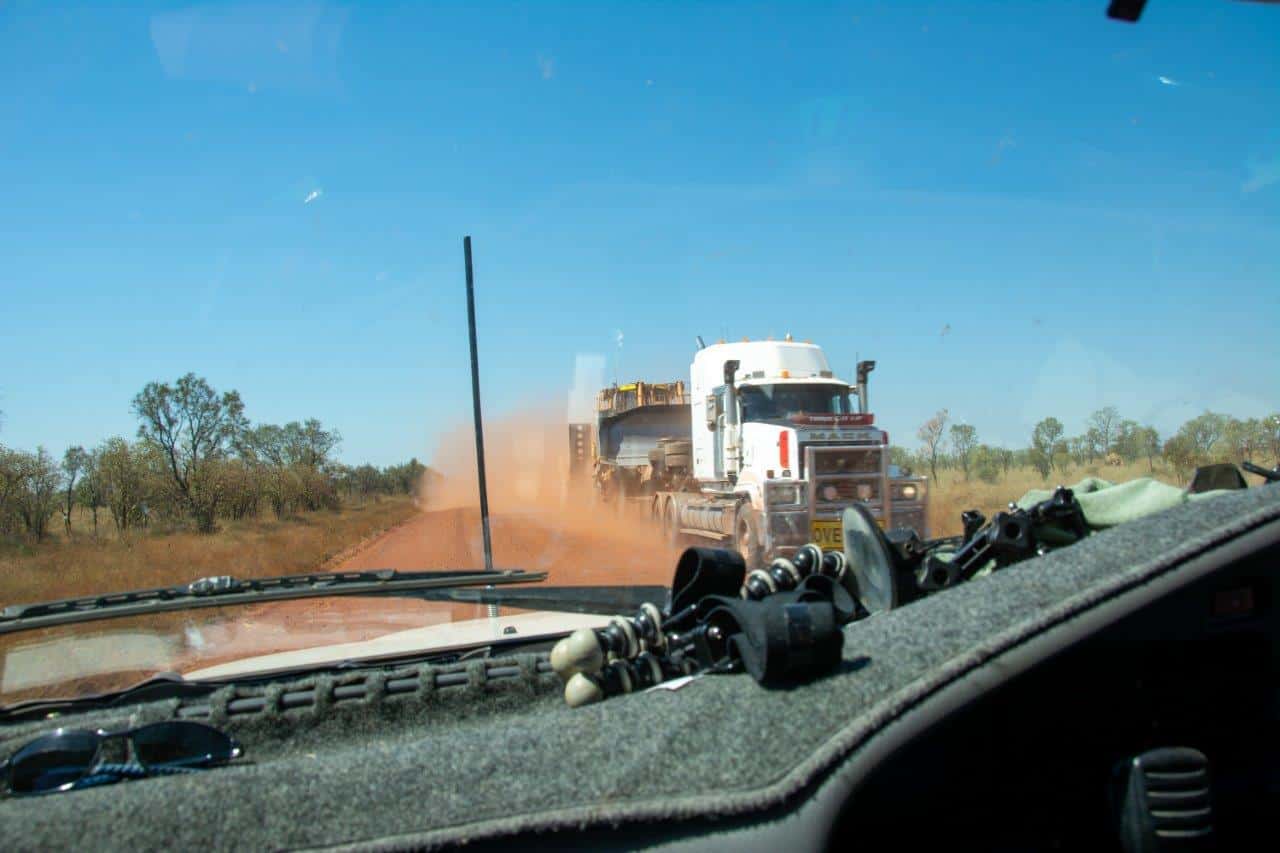 Truck drivers are working, so respect what they are doing

Don’t speed up in overtaking lanes

If you are one of those people who ticks along well under the speed limit, and the moment the road opens up into an overtaking lane speeds up, you should hand your license in. There is nothing more frustrating and dangerous than making it hard to overtake in the designated overtaking lanes.

If you want to do well under the speed limit, then you need to maintain that speed in the overtaking lanes and let as many people get around you as possible. By not doing this, you’ll make a lot of people very angry, and that never ends well. 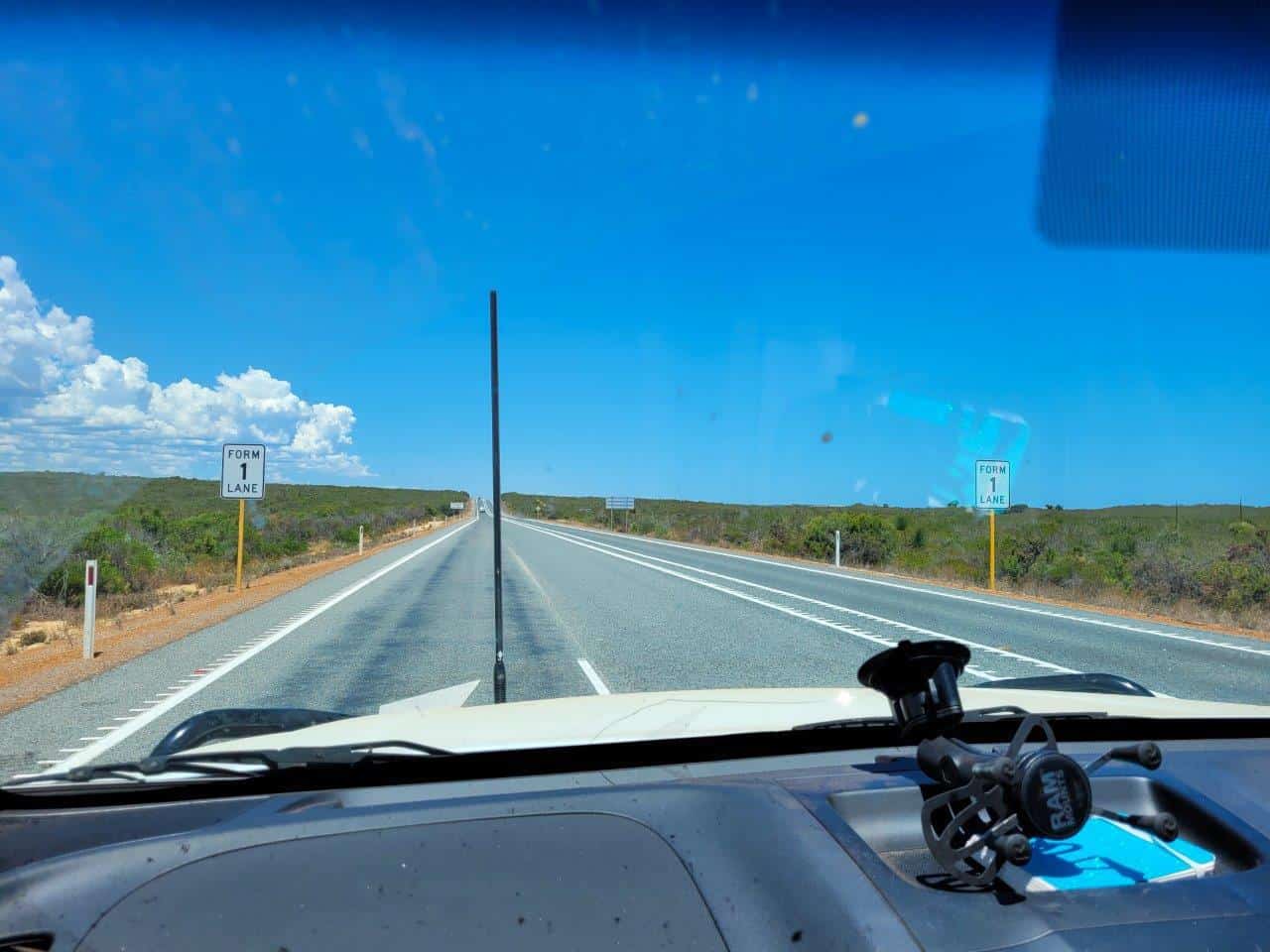 Don’t speed up in overtaking lanes

It’s really not that difficult to drive with towing etiquette. Treat everyone in the same way you’d like them to treat you, and behave with a bit of common sense and decency. We’ve got a great country to enjoy, and getting caught up dealing with poor towing practices isn’t my idea of fun.

Have you had any bad towing etiquette experiences? What’s your tips for safe towing? Let us know below!