Broken tray mounts in the bush; how do we fix them?

I’ve always been impressed with how well 4WD’s fair, given the punishment a lot of them get. After backing into a tree in Katherine, and damaging my canopy and panel work, I had a good look around to see if anything else was awry.

It all looked fine to me, so after moving the canopy back and doing everything back up I left it all alone. 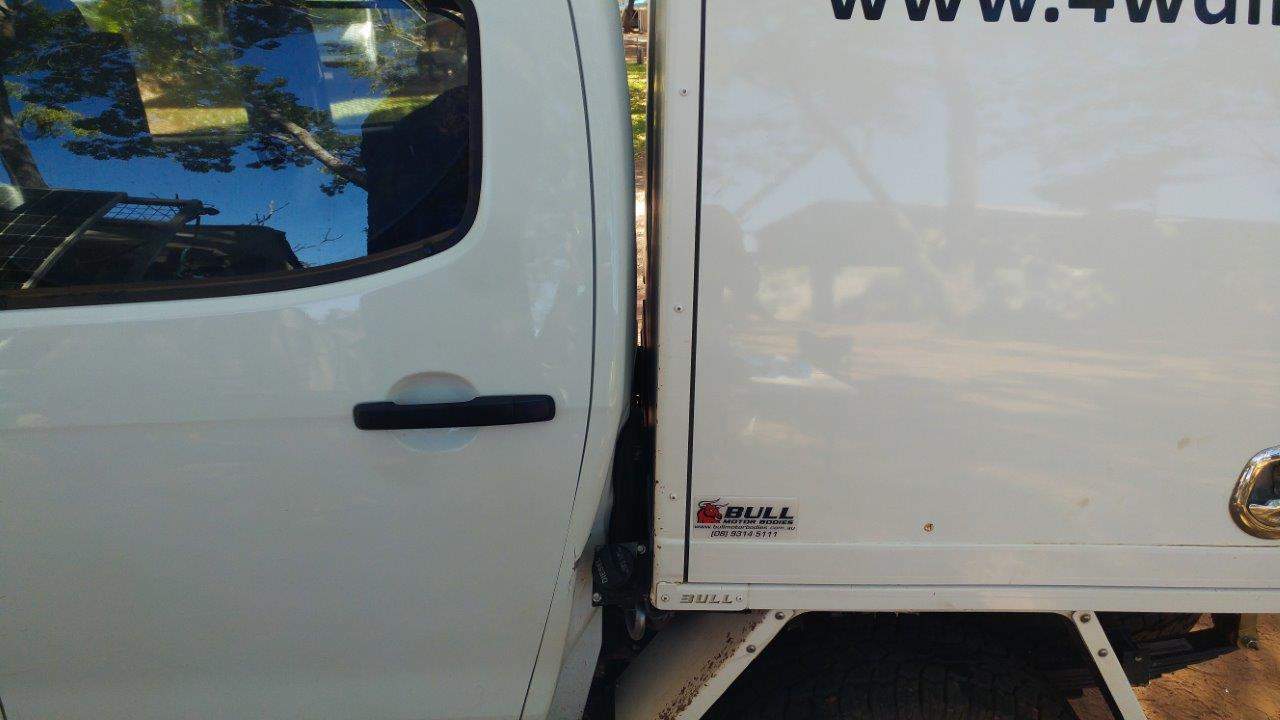 A tree in Katherine was a bit too friendly

However, a few weeks later, I noticed one of the chassis tray mounts was cracked, right down where one of the welds are. These are the genuine 135mm Bull Motor Body tray mounts, and are made from 3mm channel, bent at 90 degrees and welded in the angle.

I remember looking at them when I bolted them down and wondering why they were only welded on one side and not both, but didn’t think about it much more than that.

Now, I don’t know whether this damage was caused by the accident or happened afterwards due to different stresses, but either way, I was paying a bit more attention.

After a good look, I found that the tray mount at the front on the drivers side was cracked on both sides, and two mounts on the other side of the tray were cracked on one side each.

Not only were a few bent, but they were cracking up the welds too

Knowing they were still pretty strong, I continued on, and also because I had no options for repairing them in the middle of Kakadu National Park!

You see, as far as I could work out, the welds only stop the ute tray mounts from flexing side to side. If this happens enough, then the mount will crack right the way through, and then your canopy will fall down, and that could be very, very bad. My water tank clears the fuel tank breather by about 3mm, so if it were to drop down below that I’d end up with a damaged fuel tank and a whole world of dramas.

So, the days went on, and I checked the mounts regularly to see if anything was getting worse. Knowing we were soon to do the Gibb River Road, and a couple of other 4WD tracks on the way back to Perth, I was keen to do something about it.

I thought about all the options; try to get a few new mounts in Darwin, remove the badly cracked one and get it welded up; nothing seemed simple or easy, especially while the canopy was loaded. Looking at the mounts, if you took the front one out I bet the canopy would fall down a fair bit, as the two rear ones are mounted close together and don’t take much weight.

In the end, I came up with a brilliant idea; get some steel angle, drill two holes in it and bolt it to the inside of the bracket. This would keep it at 90 degrees, stop it from flexing and ensure the mount wasn’t going to break.

A quick call to Territory Steel while in Darwin for the day (we were staying at Litchfield National Park) and they agreed to help me out. $37 bucks later and I drove out with a 600mm and 50mm piece of 40 x 40 x 6mm angle.

The long bit was for if anything else broke, and I dearly hoped it didn’t as cutting it with a hacksaw in the bush wouldn’t be much fun. 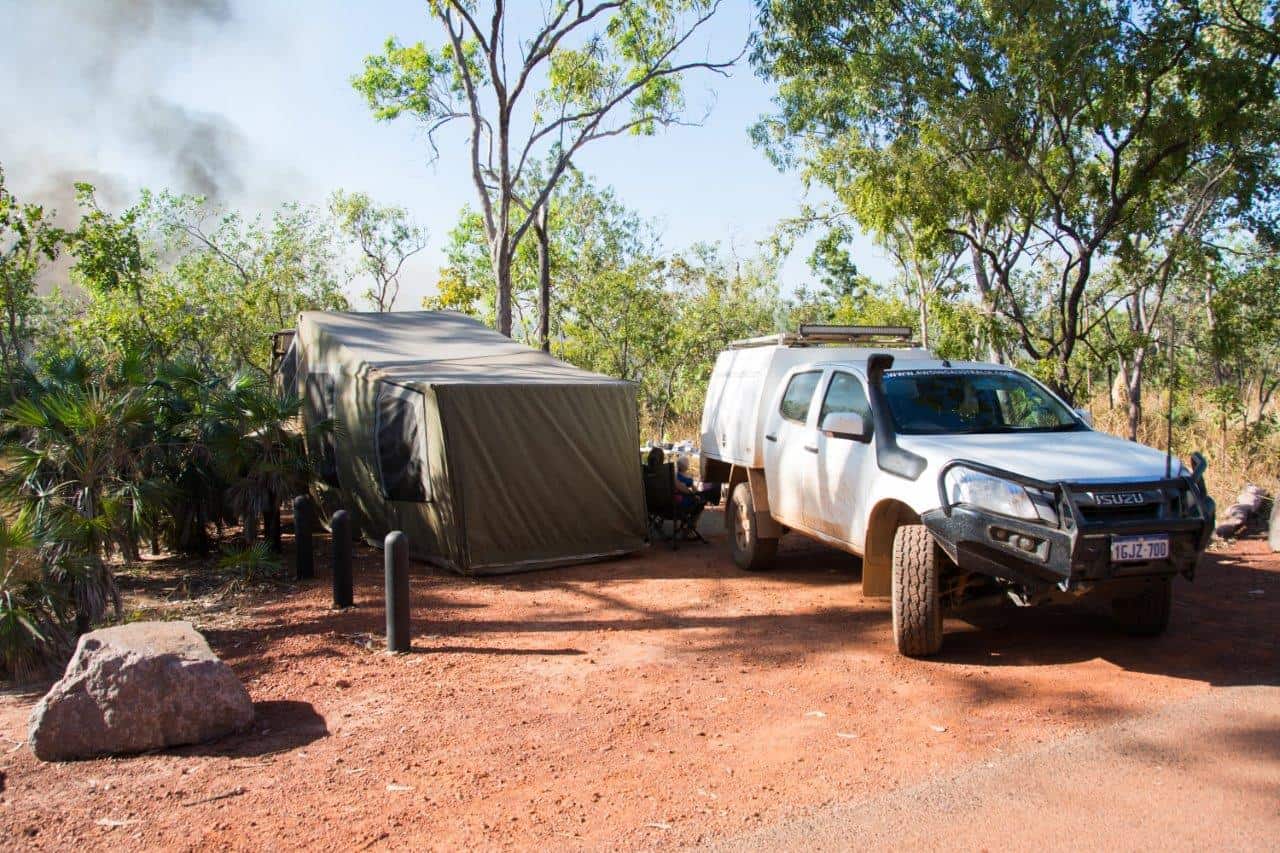 Luckily the Bull Motor Body mounts have slots at the bottom, so I only had to drill a hole through both sides of the angle and the upright of the mount. Of course, the M12 bolts I had interfered with each other, and one was too long, so I had to muck about cutting it down.

However, it didn’t take too long to drill the holes and put the bracket in, with doing the two bolts up being the most problematic. Once done, it hugely strengthened that bracket, and I figured I’d just monitor the two other brackets that were cracked, and do the same to them if I really had to.

I expected the Gibb River Road to be pretty rough as it would be public holidays when we hit it, and didn’t want to have any breakages while away from the towns.

Once back in Perth, Club 4×4 arranged for the repair, and its back how it was prior to the adventure. 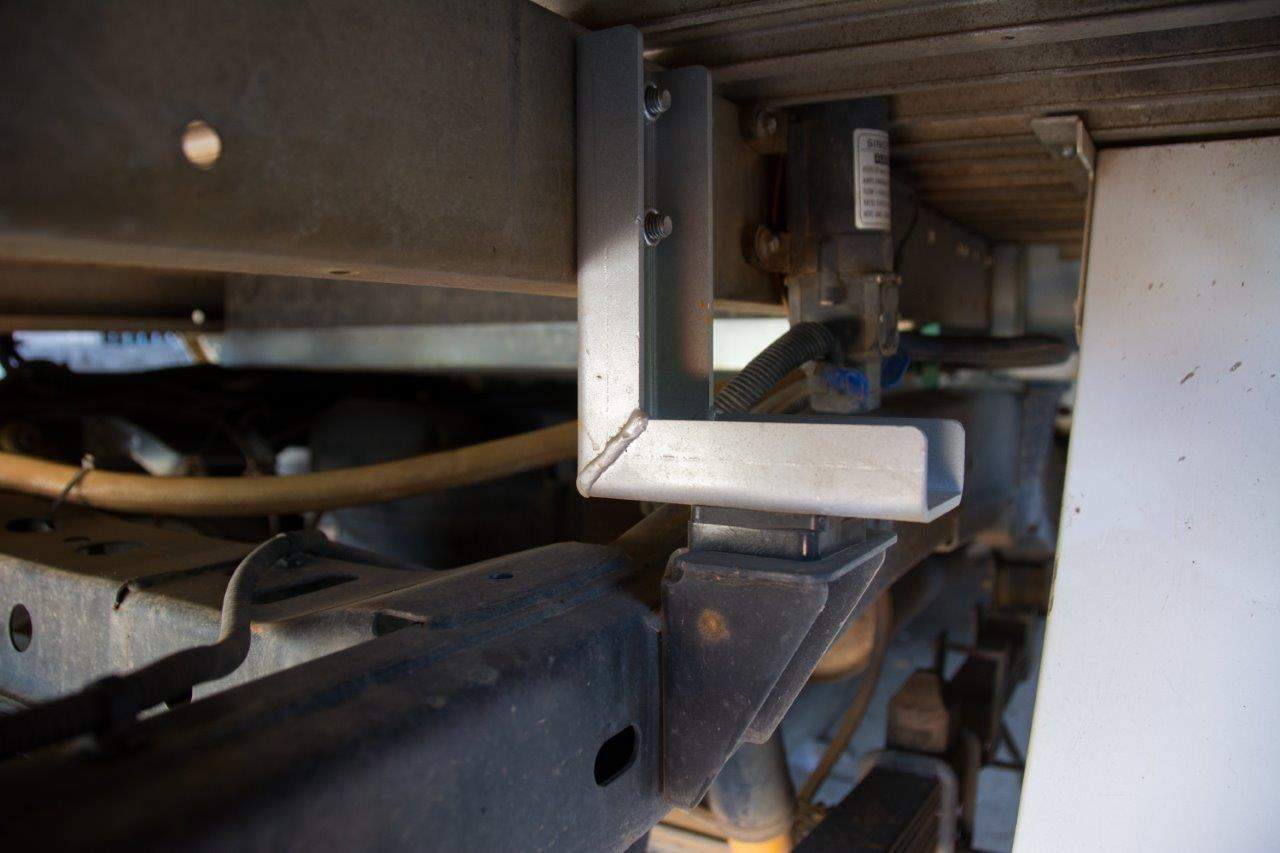