The modification list for our Isuzu Dmax is fairly extensive, and a huge amount of time and effort has gone into setting it up to be a reasonably capable, comfortable and affordable tourer to travel this amazing country.

We’ve done a number of posts covering the entire build up in detail (which you can read here – Isuzu Dmax Build), but today its time to do a review on the Bull Motor Bodies Canopy that we’ve been running for about 4 years.

If you are in the market for a new Ute Canopy, we’ve written the ultimate guide to ensure you get the right type, and quality of canopy for your needs. You can check it out here – Ute Canopy. 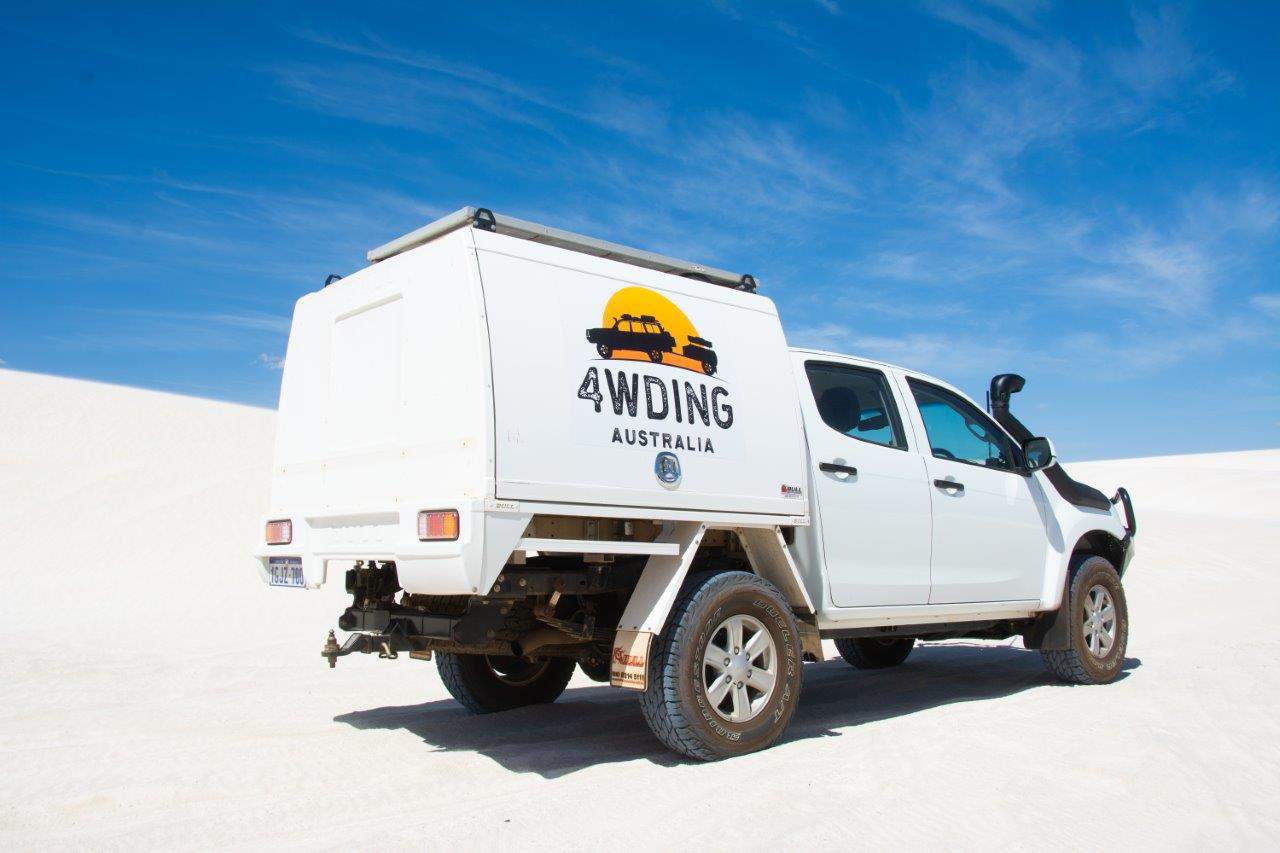 Before we go on, I want to point out that this canopy was purchased with 100% of our own money, and actually picked up second hand. It had come off a Hilux, and was set up for an extra cab vehicle with a short tray at the back of the canopy. I decided I could cut the tray off and it would suit perfectly, and picked it up for just under 4 grand.

I also want to point out that this review is done purely off my own back, and is not paid for, or sponsored by Bull Motor Bodies. Like all of our reviews, they haven’t seen it, and don’t know what is coming out (nor should they worry!). 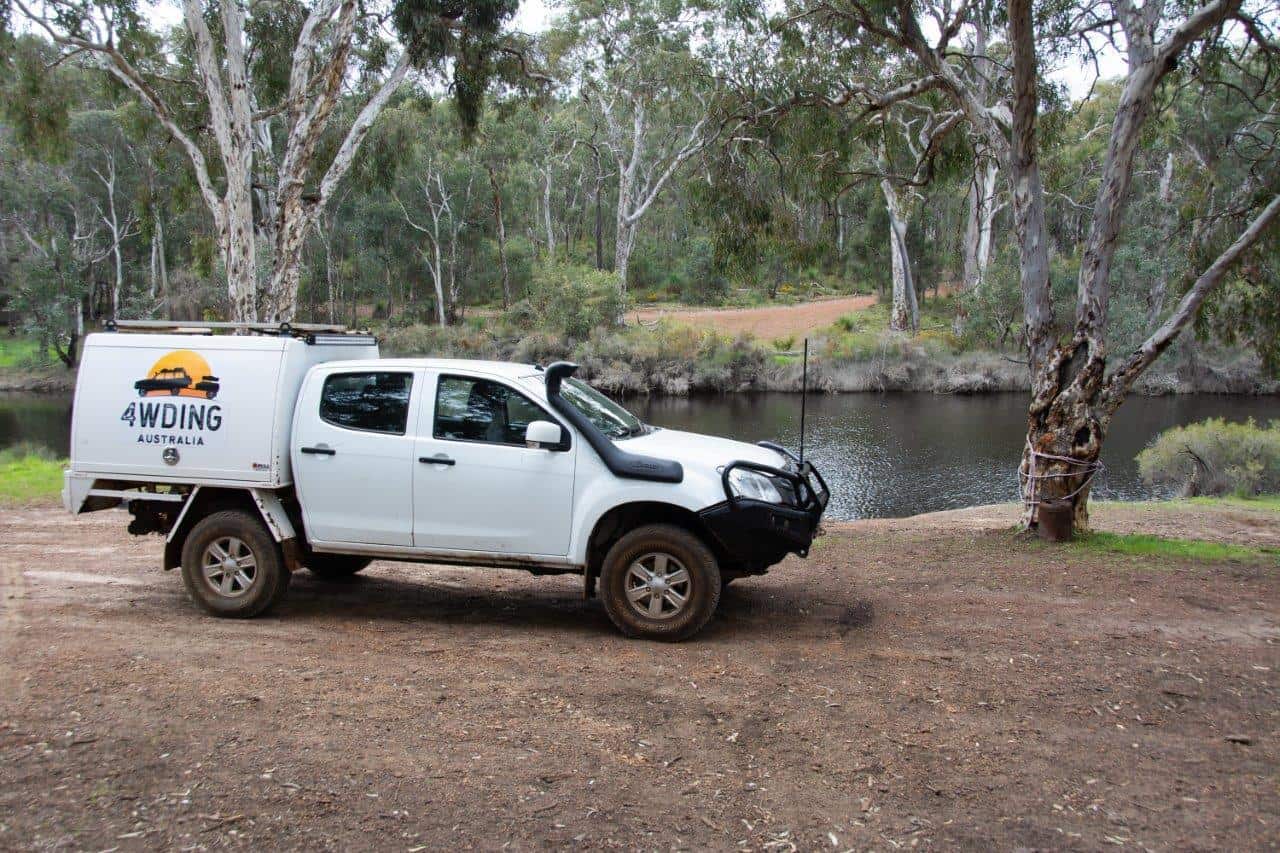 We’ve had this canopy all over WA and the NT

Why the Bull Motor Bodies Canopy?

I’ll be completely honest, and say I never went out looking specifically for a Bull Motor Bodies Canopy. I wanted something good quality that didn’t break the bank, and we landed on that to absolute perfection. They make an amazing product (proven by thousands of mining vehicles running them), and the price was right.

I did look at a couple of other canopies, including the showroom for MRT canopies, and by the time I’d modified it to suit the vehicle and put a tray on, it was going to cost as much and the difference in quality was visually obvious, without diving any deeper into it.

To top things off, it was a chassis mounted option, which meant I didn’t need to source a tray, or add additional weight to the vehicle when it really wasn’t needed.

There was no chance that it was coming off again anyway (like some of the jack off canopies) so a permanently mounted gull wing was just fine. 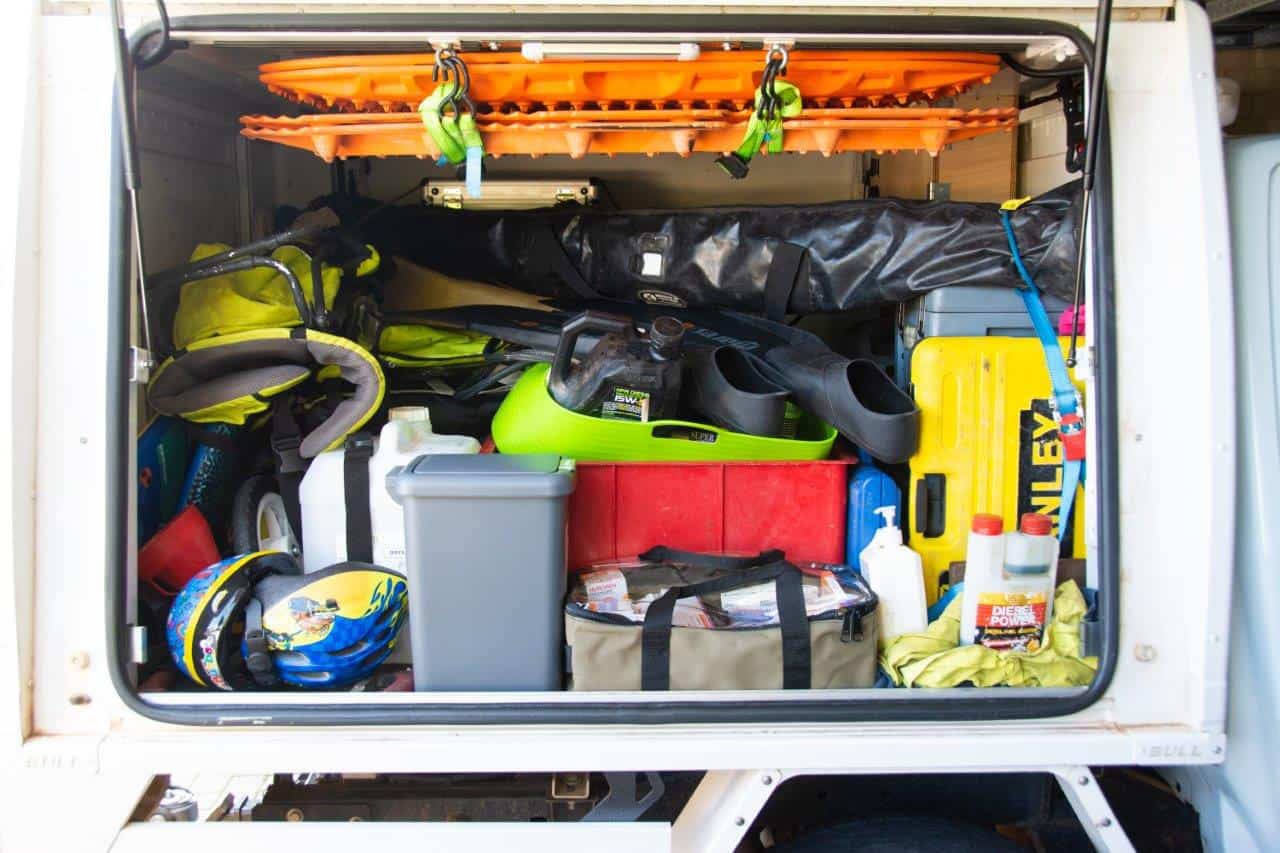 Loaded to the hilt on 6 weeks up north

They are light weight

One of the biggest problems with Utes is that they can be easily overloaded, and a lot of that stems from heavy trays and canopy setups. If you make it all out of steel, its possible to have 500kg of canopy and tray on your vehicle without adding anything, and that’s far too much.

Our canopy came in at around 200kg, and that includes the ‘tray’, a 50L water tank, empty, some racking and other odds and ends. Bull Motor Bodies use all aluminium and plastic components, except for the main supports underneath that bolt to your chassis.

If you want to know the full breakdown of weights on our vehicle, you can read about it here – Dmax weights.

Bull Motor Bodies have a smart business. They’ve been doing this a long time, and have worked out what their clients want and need, and made it all modular. If you want a set of shelves, drawers, roof racks, spare wheel carrier, ladder or anything else it all bolts on using a very clever Unistrut design. If you want to install a tie down point, it literally takes you 2 minutes to insert a spring nut and screw the eyelet in.

Bull Motor Bodies will do the entire fit out for you too, including lights, batteries, battery management systems and the list goes on and on. 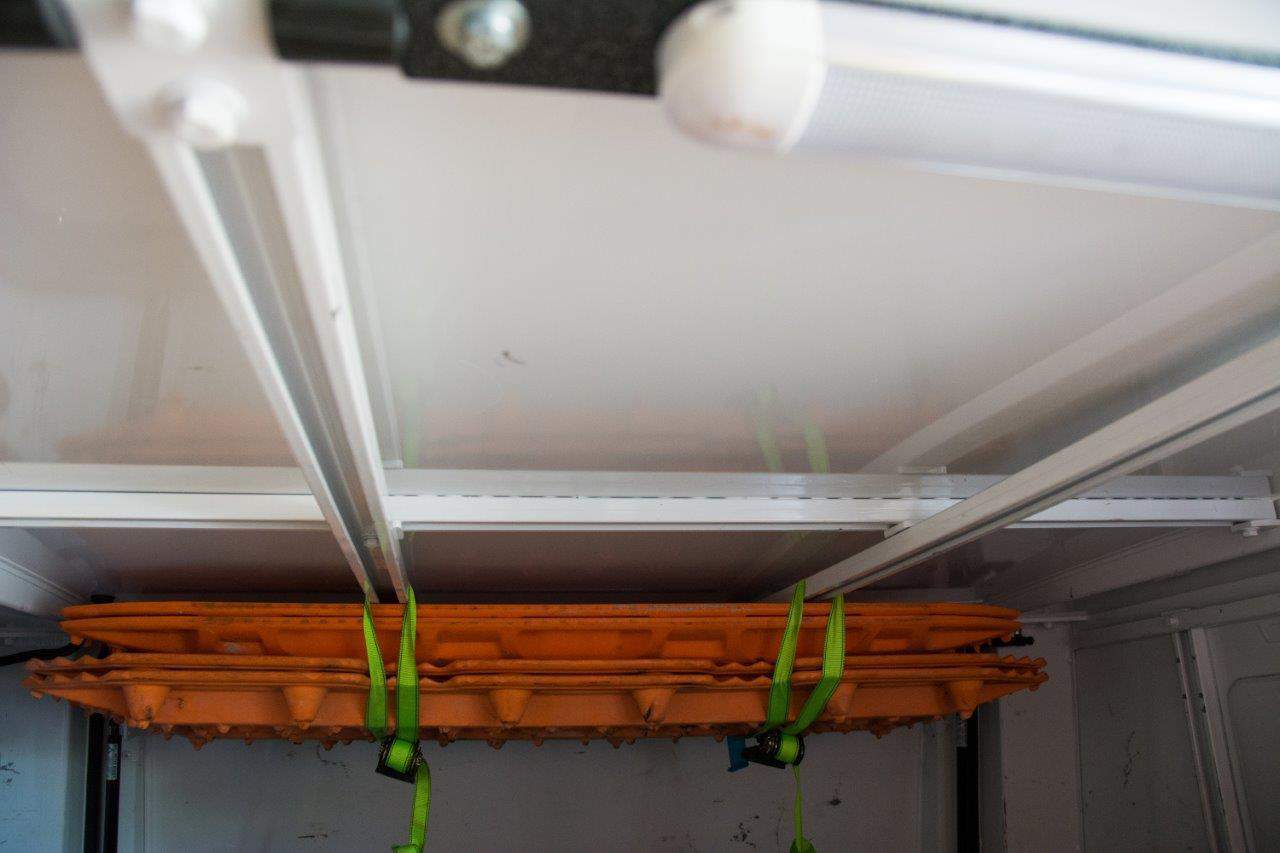 Everything is modular, and can be easily moved around 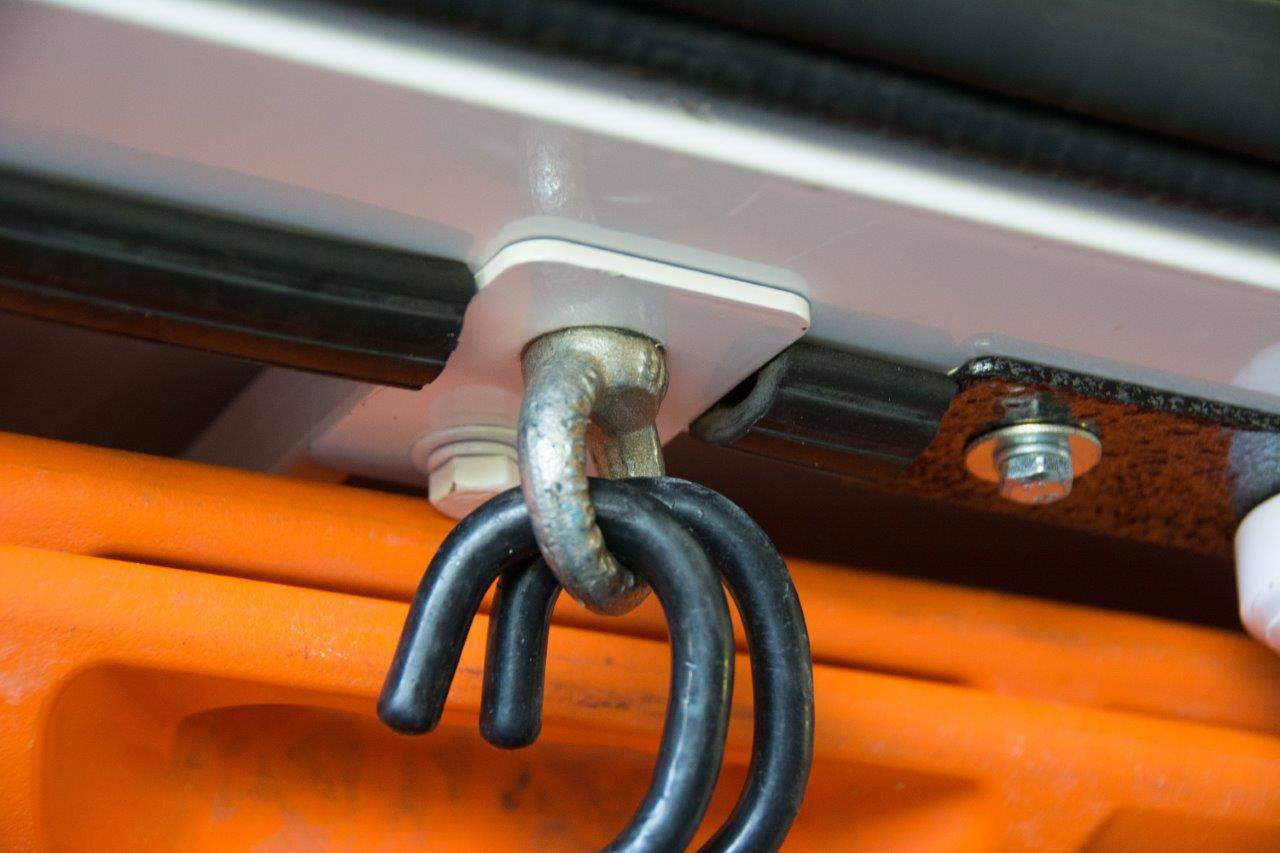 Everything is easy to move around

The locks and seals work

We’ve put our Dmax through some absolutely shocking dust, water and mud. The only dust we’ve had inside is from us leaving the doors open when its windy or from throwing dirty gear inside. The doors seal 100%, and you can stand under them when its pouring rain and the water clearly runs away from you in a sensible way.

The locks have been used for years, and work with your central locking. They are secure, easy to use and we are really happy with them. 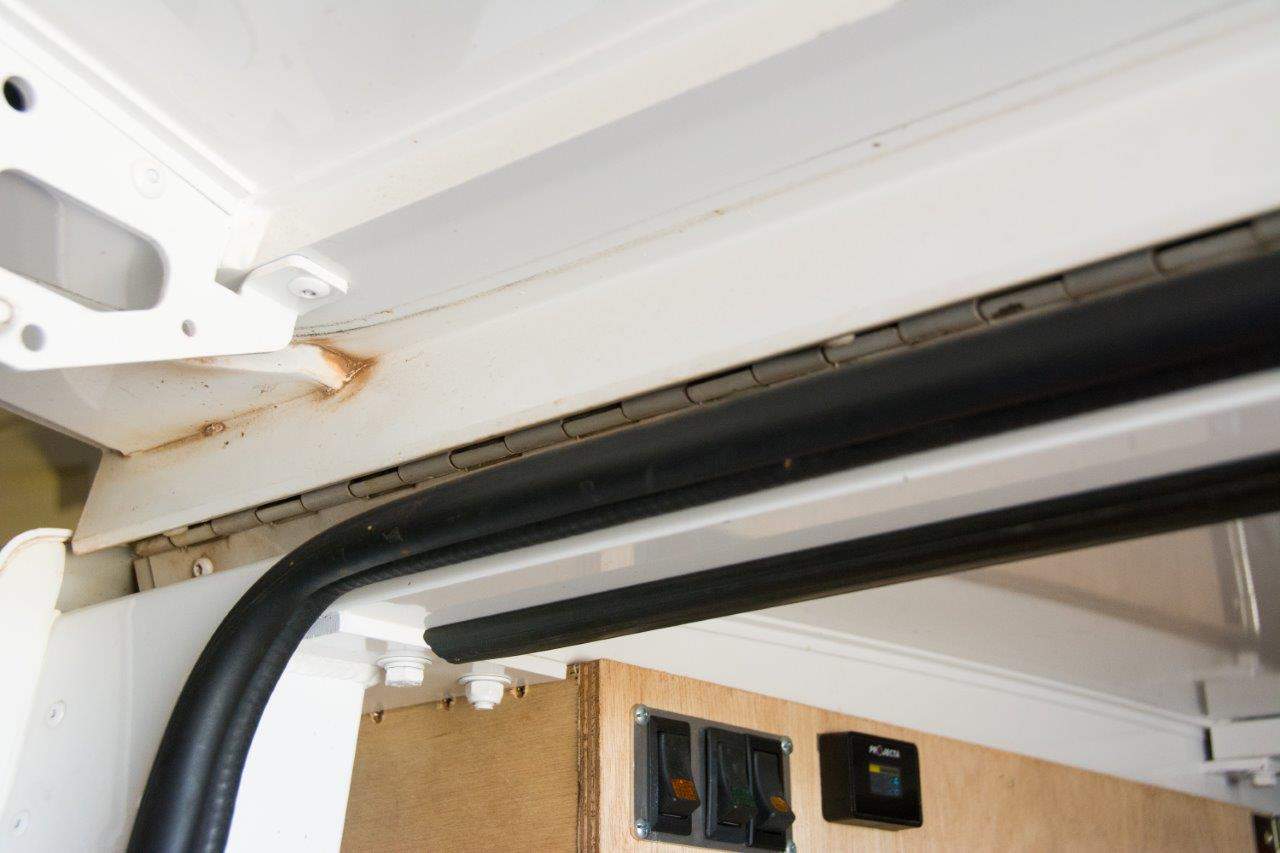 They have a proven reputation

Bull Motor bodies have been running since 2002, and have just ticked over 10,000 vehicles. They do large fleets, mining companies, individuals looking for adventure and everything in between. Just stop for a second and think about that; 10,000 vehicles! I’d love to know what the next closest canopy manufacturer would be at, but that is a huge amount of work, and an amazing success story. 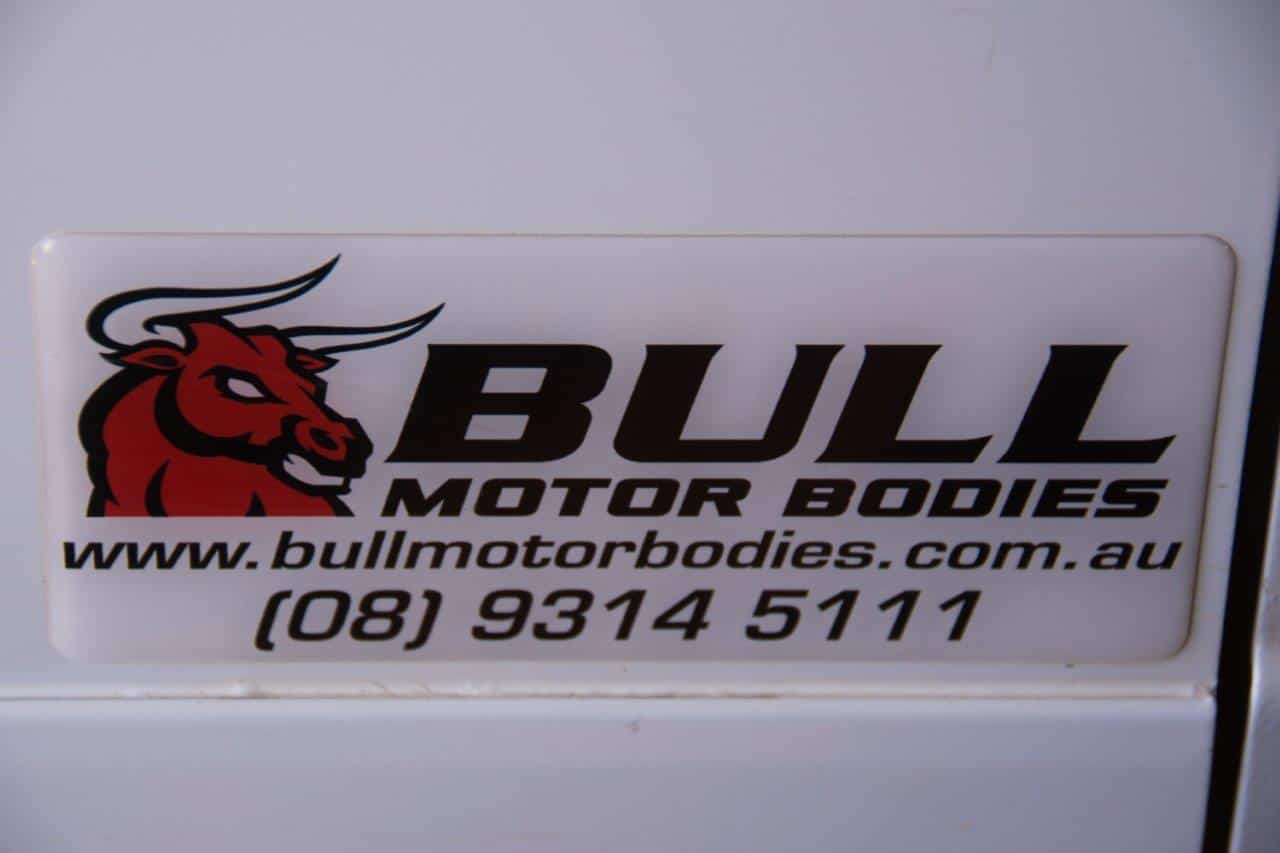 10,000 vehicles have been done by Bull Motor Bodies!

They offer a full service suite

If you want to modify something inside (or outside your canopy), or get it re-painted, or the door locks serviced, or anything in between Bull Motor Bodies will do it for you. It’s not a custom build that you have to work on, or you have to pay someone random to do; they’ll happily get it done for you.

We should actually drop ours off at some stage, but haven’t had time just yet! 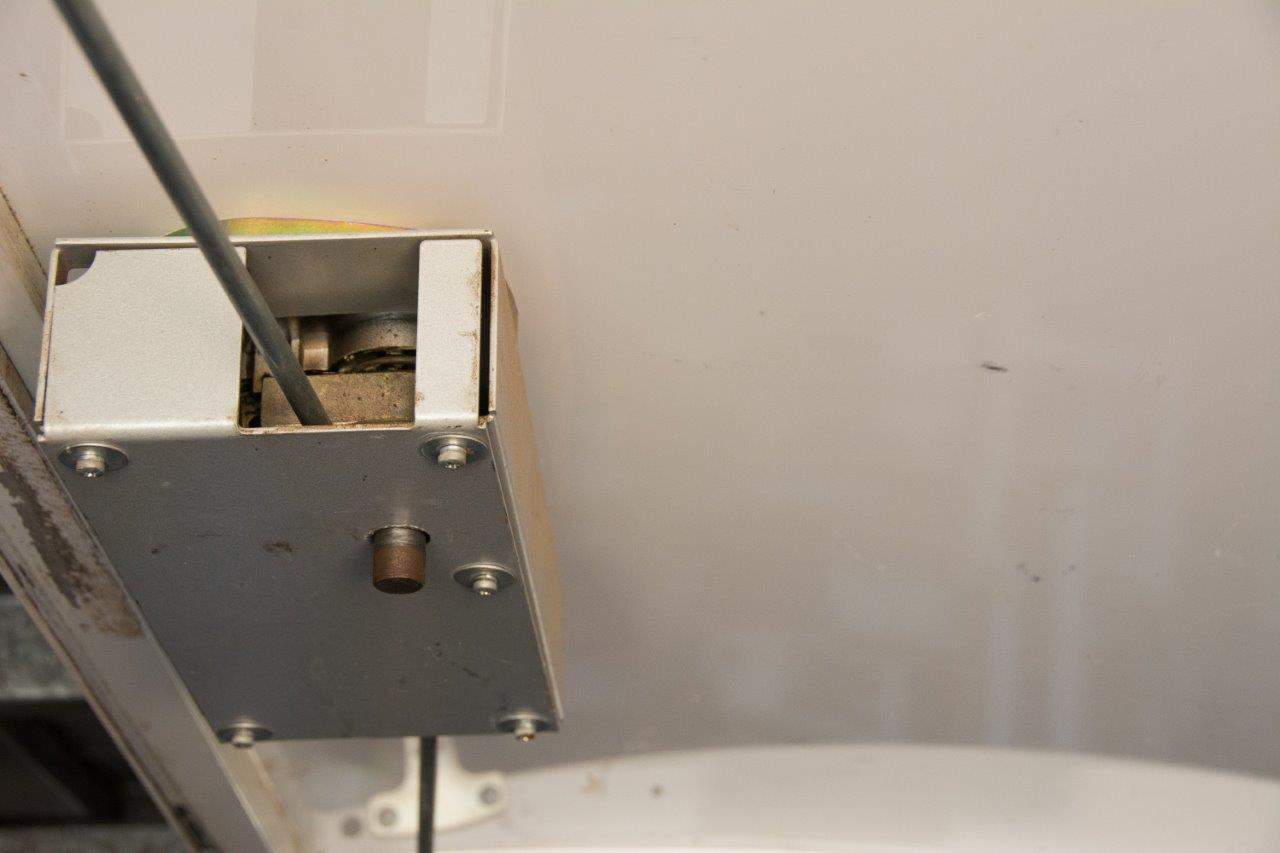 They are fully Australian owned and built

They are great people

I’ve dealt with Bull Motor Bodies a few times, and always been impressed with their service. They helped me out with weights, prices and other specifications when I was looking for a second hand unit, and then they repaired my canopy when I backed into a tree (all organised through insurance).

The repair shop was much less easy to deal with, but Bull Motor Bodies did their part perfectly and went above and beyond to make it as less stressful as possible.

What do we not like about the Bull Motor Bodies Canopy?

Realistically, there’s not much to complain about here. We have had some sporadic niggles with the locks not always locking properly, and I’ve had a canopy door glue itself shut when the seal stuck over a couple of weeks. These are both issues related to age and lack of servicing, and given it spent 5+ years on another vehicle, and then 4+ on ours its fairing pretty well.

I do feel that some of the custom canopies coming out today look better, but I’ve always said function over form and I’d rather buy a proven product than one that looks good, and might not work. Bull Motor Bodies has a very interesting niche, and is priced somewhere in the middle too.

Would we get another one?

Without a doubt. Bull Motor Bodies make an incredible product, and they back it in every way. I’d be more than happy to purchase another canopy from them (or second hand from someone else, like we did)

Would I buy a new Bull Motor Bodies Canopy?

Now, a more interesting question for you; would I pay the full price for a new one, on our next vehicle? Given we purchased it for about a third of the price it was new, that’s a harder pill to swallow. I think we got amazing value, and couldn’t have done better for the price we paid.

I think I’d consider paying full price for a new one on another build, but I’d also have no qualms in shopping around and seeing what else was out there.

If you are in the market for a quality Ute Canopy, you should look at the Bull Motor Bodies Range; they do an awesome job and get a giant tick from us. 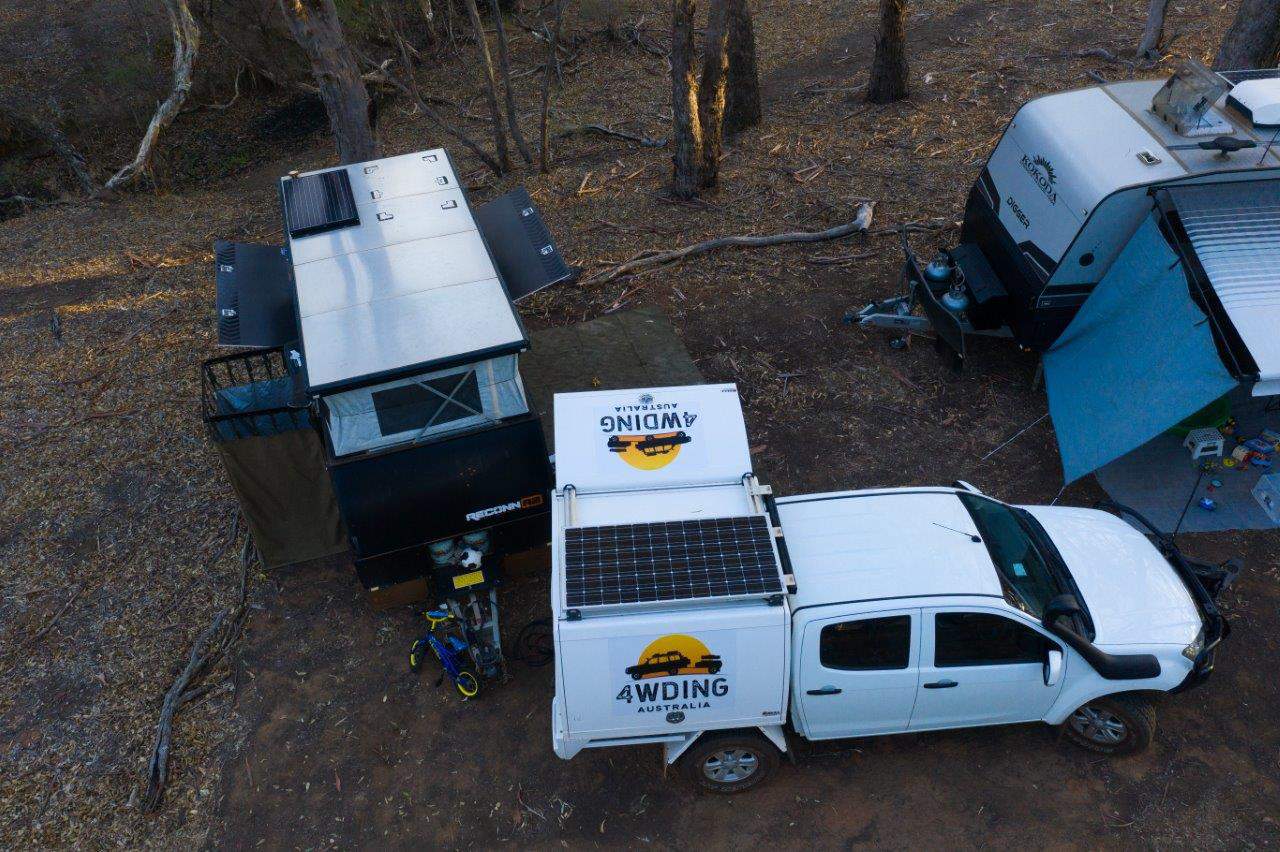