Coming over the hill on the way to Willow Springs in the Flinders Ranges, I hear a strange, light squeal. I wind the window down, and mess with the throttle a bit, and its still there, regardless of the revs. I roll down the next hill in neutral, and its still there, and increases with the engine revs, ruling out anything to do with the driveline. Hmmm, that’s a bit weird!

I ignore it for the next day or so as its so light, but then it starts to get worse, and its squealing more heavily most of the way to Wilpena Pound in the pouring rain, and back to Willow Springs. I check the aircon belt, and notice it’s a bit loose, and looks glazed, so assume its just that, and it needs a tension. Easy as. Upon returning to camp, I grab a 12mm and 14mm socket and loosen the lock nut, then nip it up, and lock it in position.

Pleased with how easy it was, I put the tools away, and fire the car up, and the noise is still there! Agh!

Deflated, I proceed to remove the idler pulley, and spin it in my hands, but its free and smooth as with zero noise. I carefully remove the belt, and run the 4JJ1 engine again, and the noise is still there, proving its something to do with the serpentine belt (or something else) that drives the alternator and water pump off the front of the motor. For reference, this pulley takes a 6203 bearing, and you’d be able to replace it fairly easily yourself.

I put it all back together and open the manual to see if the serpentine belt has an automatic tensioner, like many do, and find out it doesn’t. I check the belt tension, and decide it might be a tiny bit loose, so find 3 socket extensions, and repeat the same process on the other belt. I lock it all up, and start the car again, to hear exactly the same noise.

Frustrated, I decide to rip the idler pulley out for the alternator, which is fairly easily. In my hands, I can spin it and feel that it’s a little crunchy, and has a minor noise, and feel glad that I’ve found the problem. I pop the seal off one side after a thorough clean, and put some grease in, spin it around and put it back on. The bearing was very dry, which I thought was a bit strange, but maybe some water has gotten inside and flushed it out. There certainly was mud and water on the front seal, so its possible. 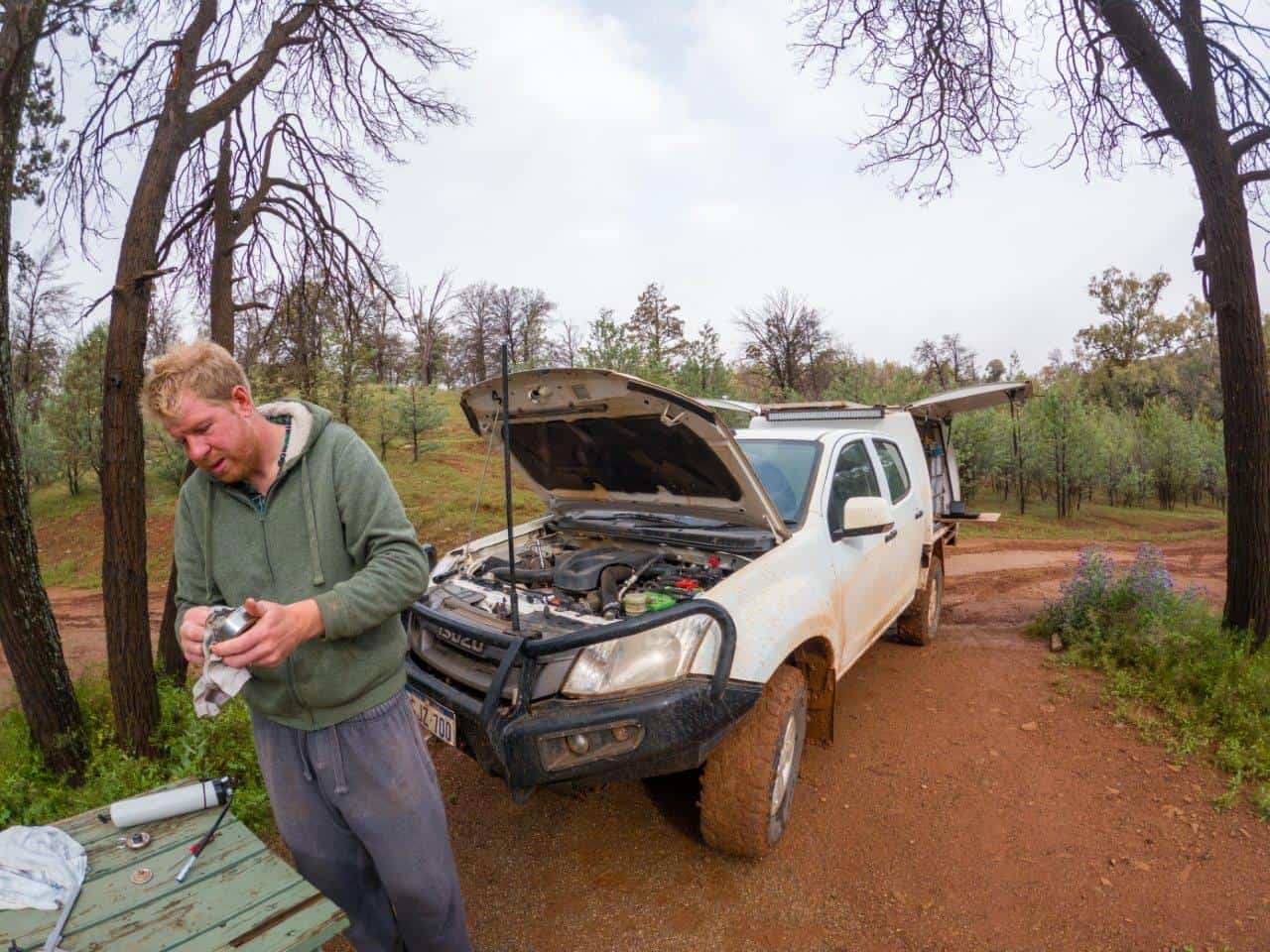 Looking at the serpentine idler on our Dmax 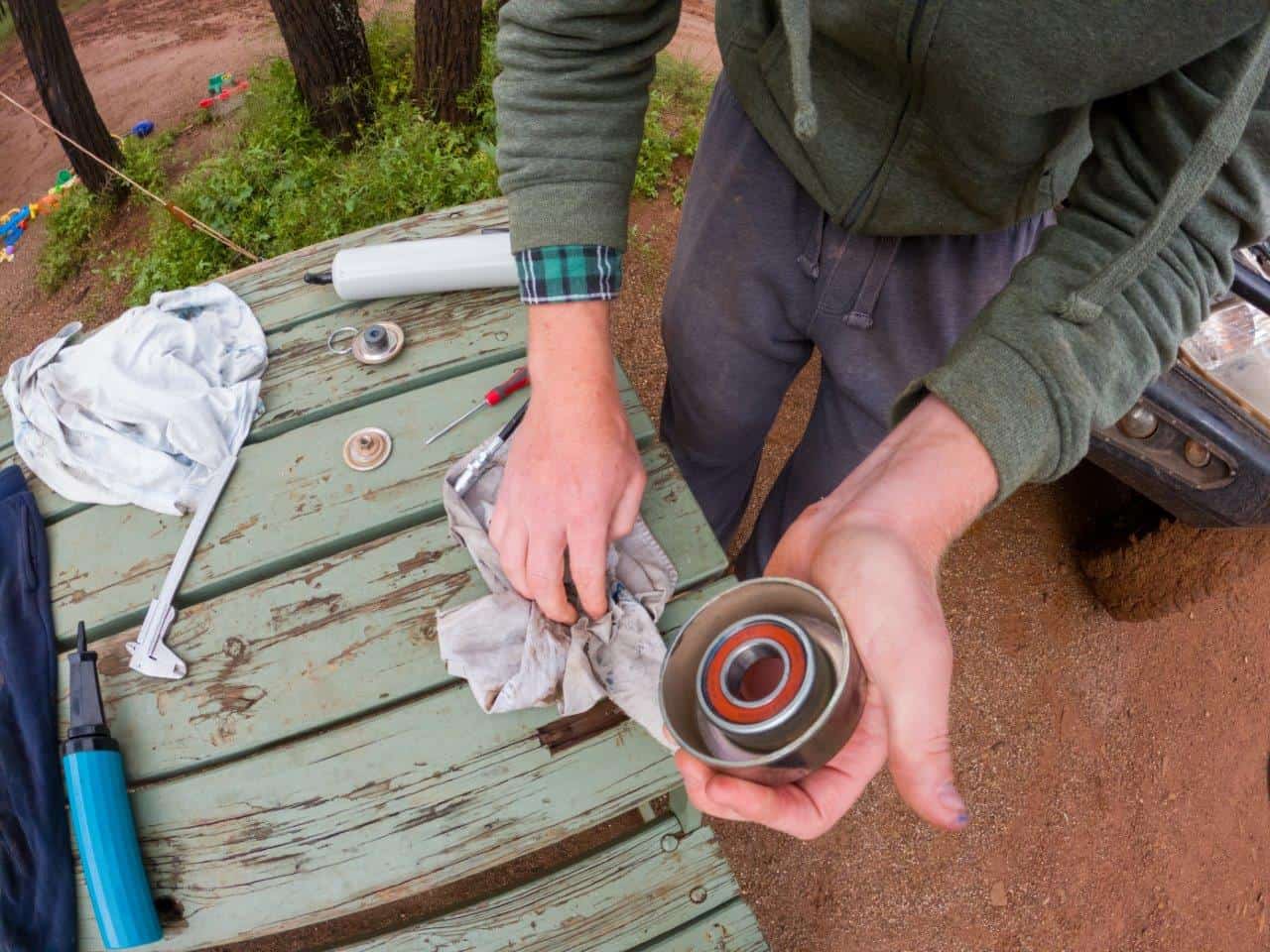 Measuring and re-packing the bearing with grease

Just before I put the idler back in, I decide to give the water pump a spin, and the alternator, to ensure everything else is fine. The water pump sounds as I’d expect it to, but the alternator has a weird squeal to it, which I really don’t like the sound of. The more I spin it, the more I believe this is the actual squealing noise, and not the idler pulley as initially thought.

Sure enough, upon installing everything back together, the noise is still present, and I suspect one of the bearings on the alternator is on its way out. Lovely, but at least we are heading south towards more civilisation, we have another vehicle with us, and we aren’t going anywhere remote.

Without much choice, we continue south, and not long after driving the Dmax the noise goes away all together. Not convinced though, upon arriving at Rawnsley Park Station I start to phone around for prices. 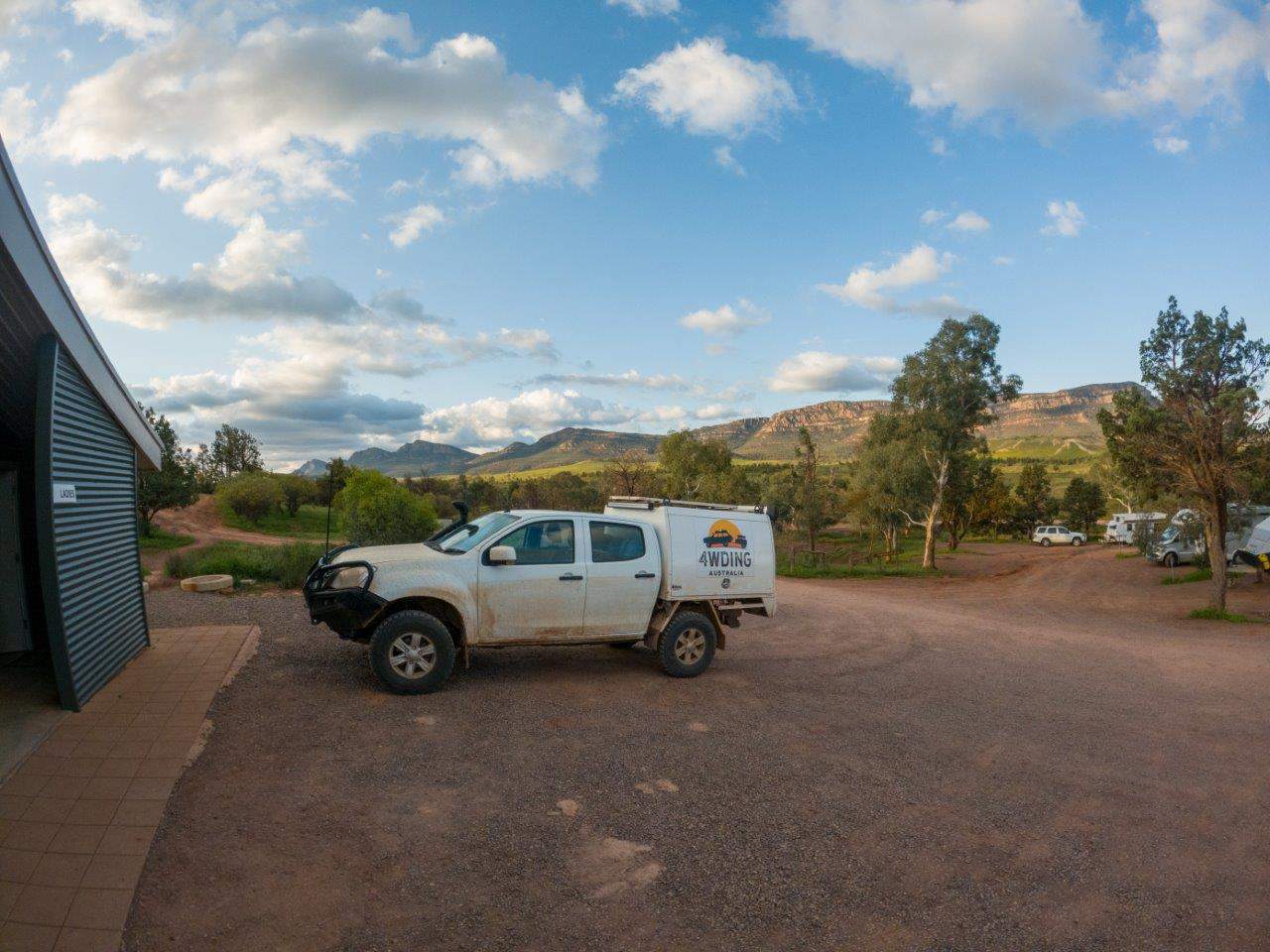 At least we were heading back towards civilisation

Initially the only person that could help was Isuzu, as they can look the exact part up, and wait for the price… $1750 just for the alternator, with zero fitting cost. They also wanted around 4 hours labour at $140 to install it.

I got smart though, and realised I could get a photo of the Denso sticker on the alternator, which opens your options hugely. So many places I rang couldn’t help without additional information. For the record, it’s a 8982258130 TG104210-9870, and when I gave this number to a few other places they could help. 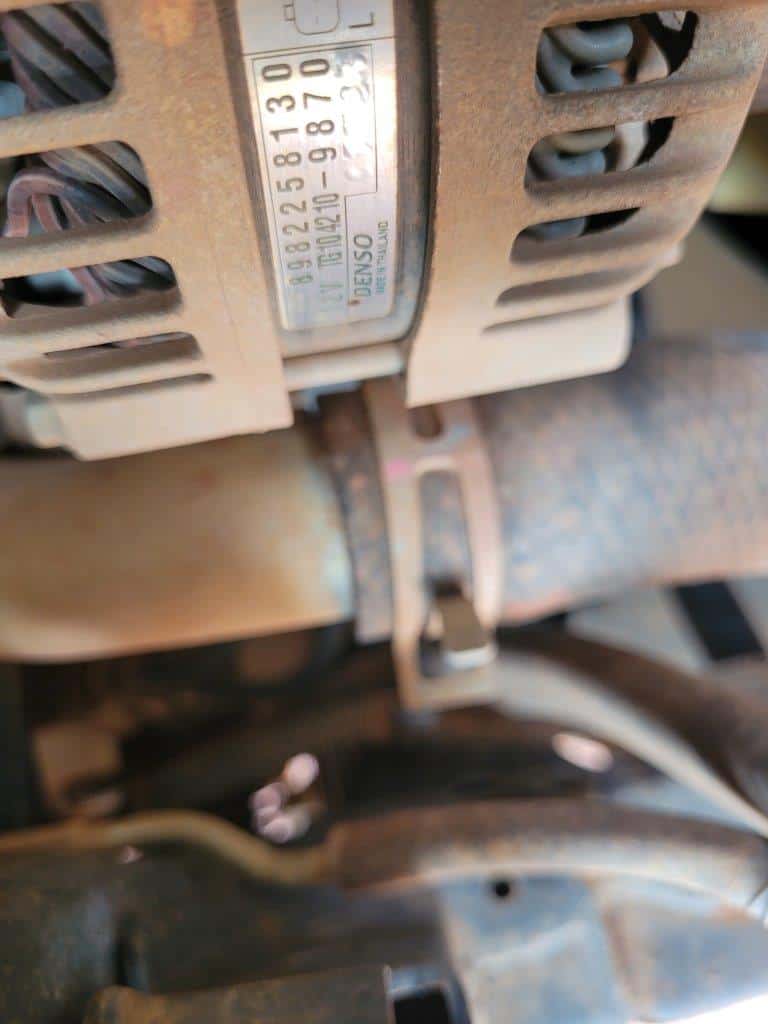 Baxters quoted $415 for their brand alternator

Repco quoted $440 for an OEX one, and then later came back and told me they didn’t actually have one

A Port Augusta Auto Electrician quoted $540 for an OEX one, plus fitting if needed

Auto one in Port Augusta was saying $470 plus $50 freight to get one in, with a week lead time

A mechanical shop near us quoted $900 installed for a different model unit, or $700 supply only

Most people were saying 2 – 6 days to get it in, which made things interesting

So, decision time. We hadn’t planned on going to Port Augusta just yet, and Whyalla or Port Pirie are even further, but if I didn’t order one and it breaks, I’d be waiting a long time for a replacement with no vehicle, which isn’t much fun either.

I decide to purchase a new one, and if it lets go, I’ve got it and can swap it out myself. If not, I’ll get a workshop to replace it, just for peace of mind. Given it runs the water pump, there’s not really any negotiation here. We need a reliable vehicle, and spinning it didn’t feel quite right, so better to replace it when you can easily, than struggle to get parts in the middle of no where, and replace it on your own!

After a huge number of phone calls and messing around (as a lot of places struggled to identify the right unit despite all the part numbers, I went back to Baxters and placed an order with them. $417 delivered to a caravan park that we’d be at in a few days meant for a really decent deal.

I did speak to a few mates who said OEX would be the better unit, but they were both good and given the delay to get the OEX one, and the fact I’d have to drive over an hour to collect it, Baxter got the business.

I figured I’d remove the old one and see if it could be repaired as a spare (or even kept as an emergency spare if it didn’t fail on me!).

A few days later, the alternator arrives at Stony Creek Bush camp, and the existing alternator has been completely silent for more than a week. Perhaps it was just a heap of mud and grit inside the alternator that I flushed out, and its good?

Either way, I have a spare alternator that I can swap in if we really need to, and that makes me sleep better at night!

Have you had any issues with your Dmax or MUX alternators?