There’s something amazing about pulling into a new camp ground that you’ve never been to before. We’ve explored a huge amount of Western Australia, and finding a camp site that is new now becomes extra special. Bettys Beach was exactly this, and whilst we only called in for a look, we left feeling like it would be the ultimate place to camp for a week or two. 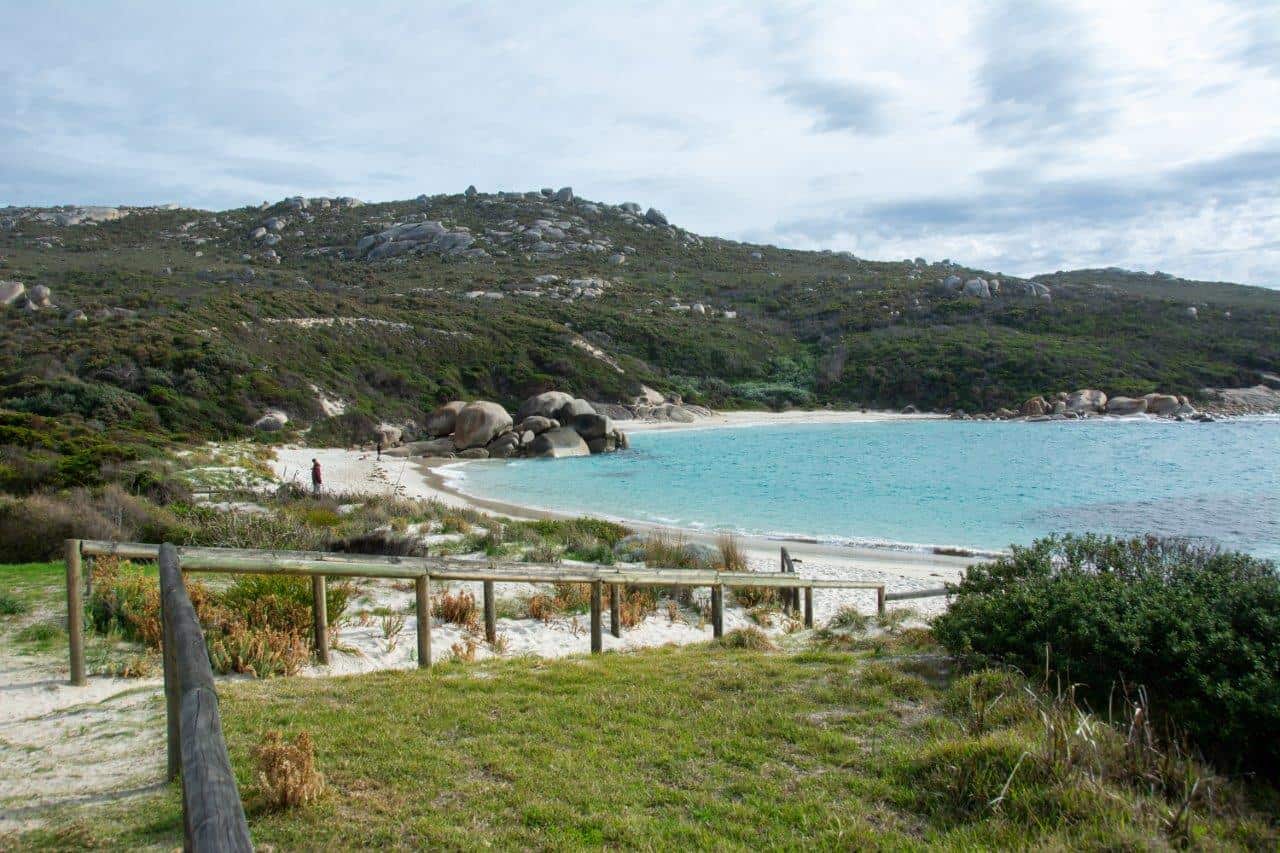 Bettys Beach is a stunning part of the world

Where is Bettys Beach?

You’ll find this magic little bay around 5 hours South East of Perth, or roughly 40 minutes drive from the centre of Albany. It’s located on the south coast, but Bettys Beach is a little bay facing North East, and it has some protection which is nice.

Its also line of sight from another great camp site called Normans Beach. 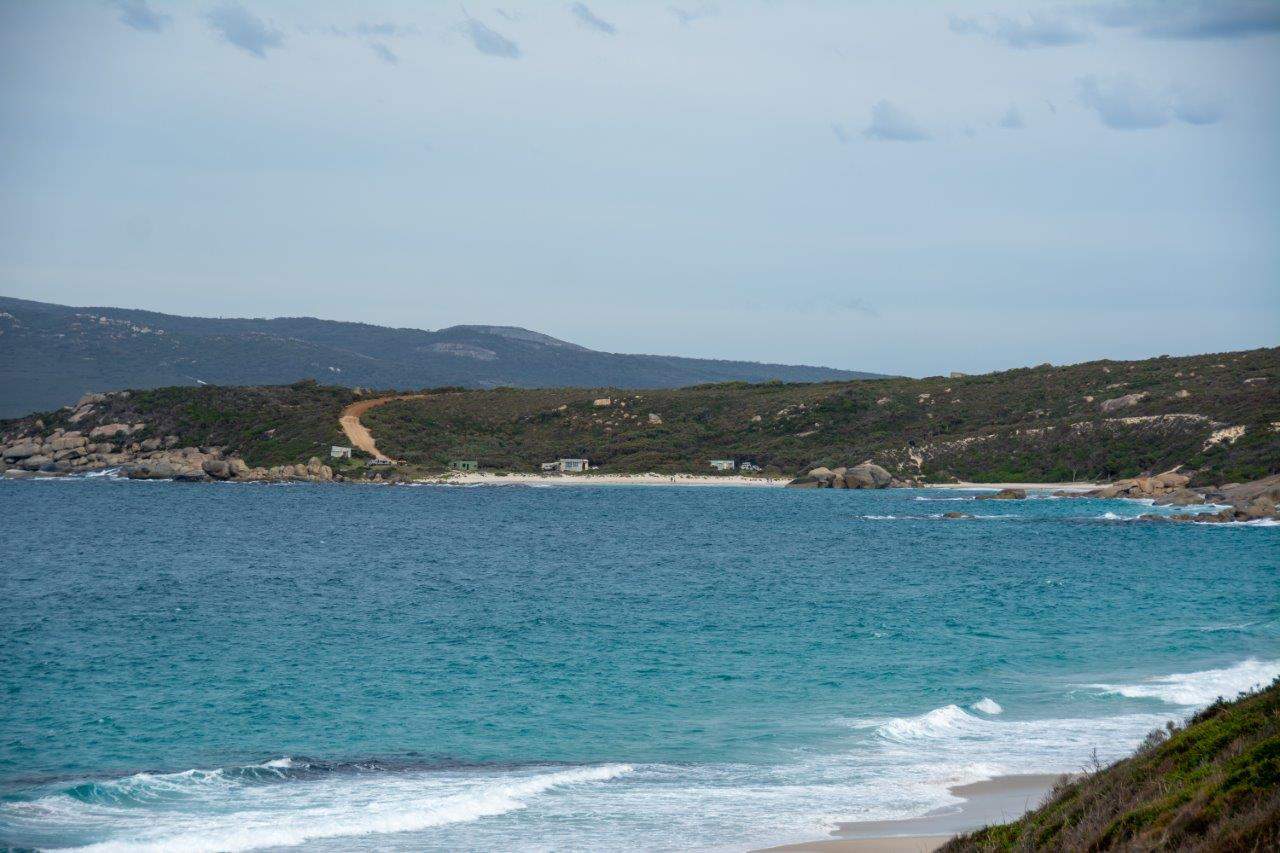 Most of the drive to Bettys Beach is bitumen, with the last part changing to gravel. It’s on the same road as East Bay Camp ground, and you just take a different direction at the end. It’s worth noting that there are a couple of decent sized inclines and declines, but the road is entirely suitable for all types of vehicles. 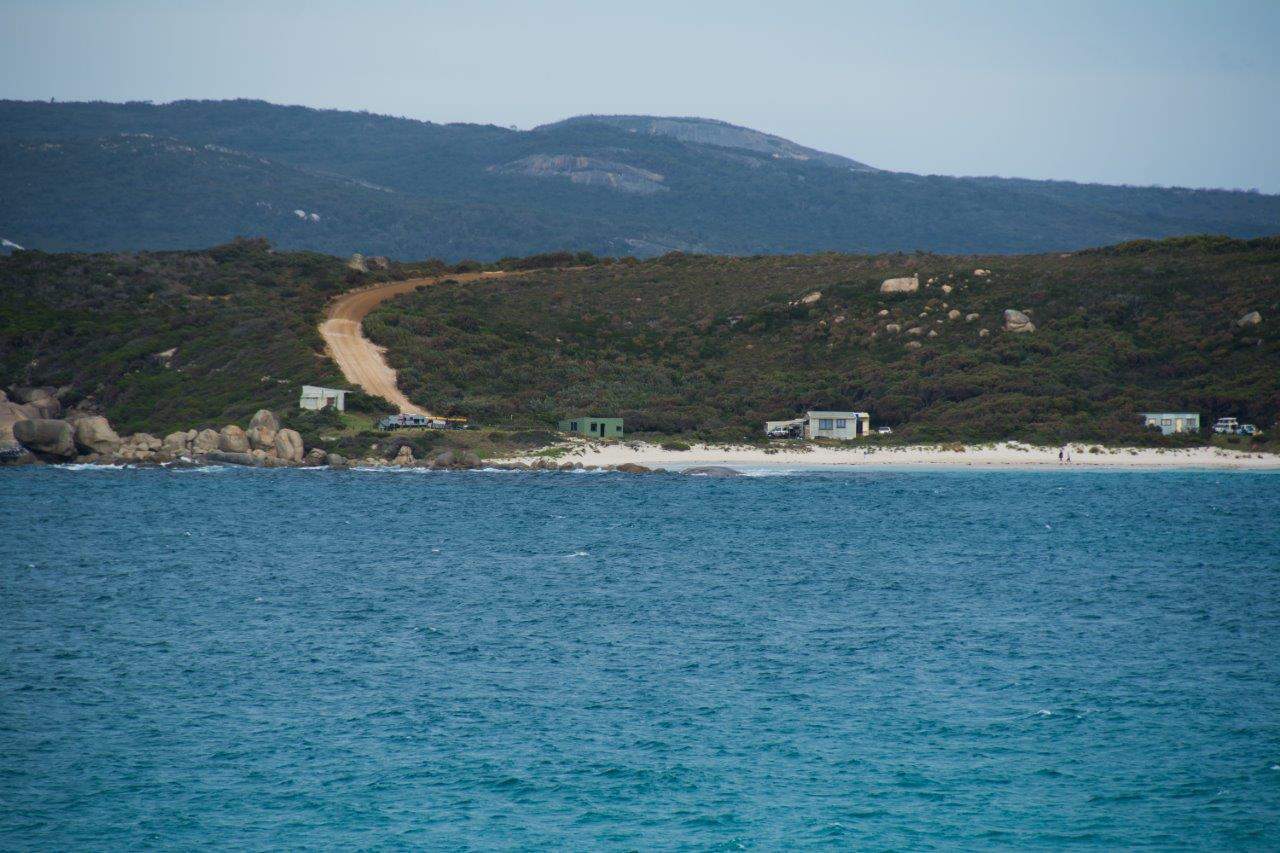 Bettys Beach is a commercial fishing camp, with a number of shacks, and a few places to pull in and camp. The shacks and fishing are only in use during the salmon season, and for the rest of the year the camping is open and fully accessible. 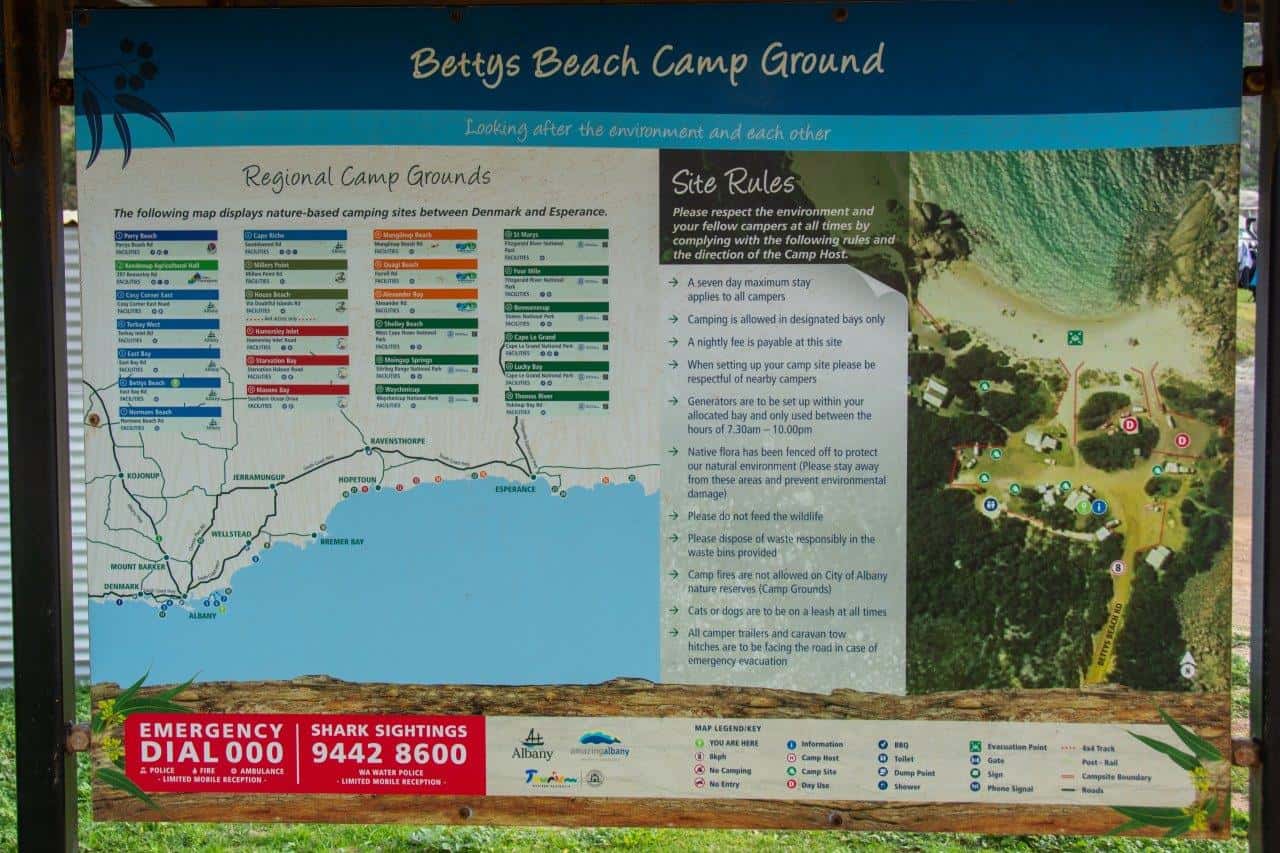 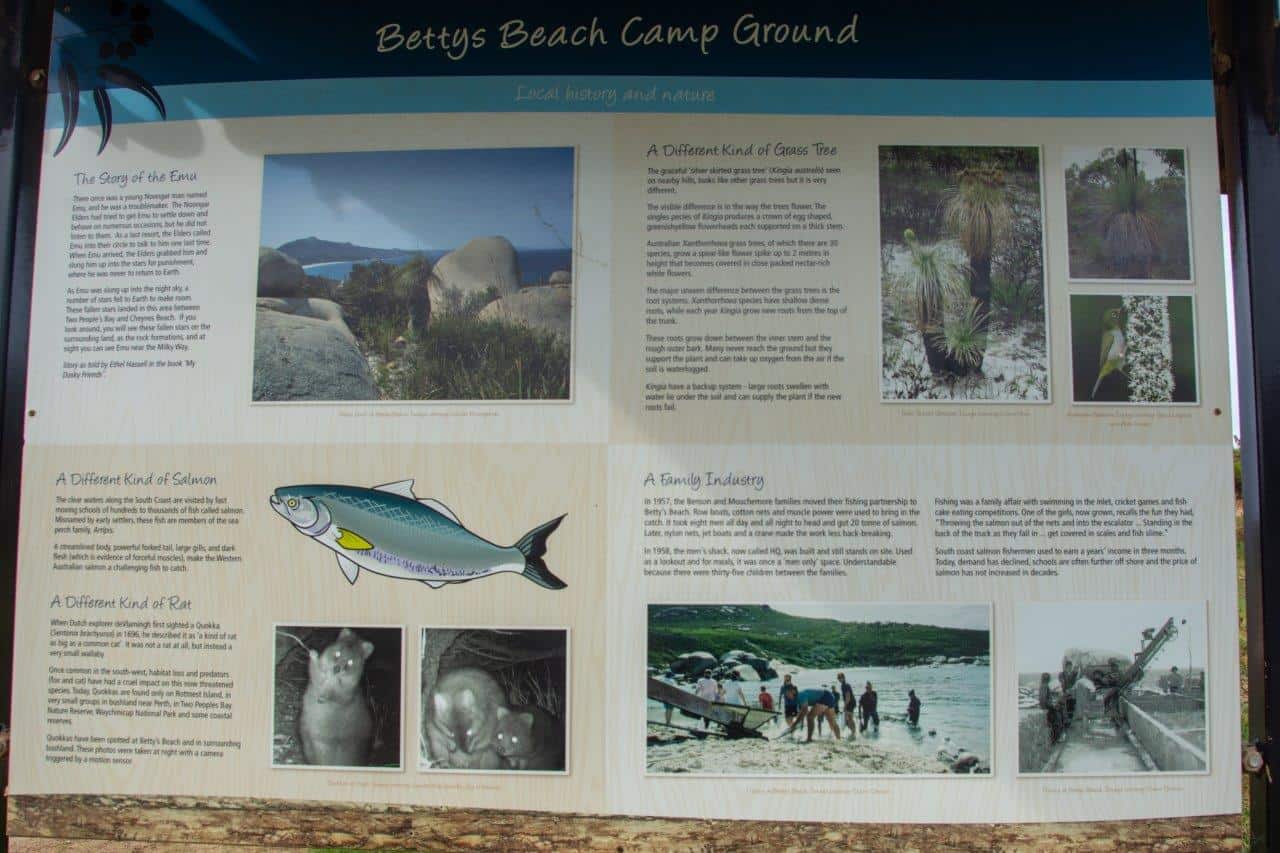 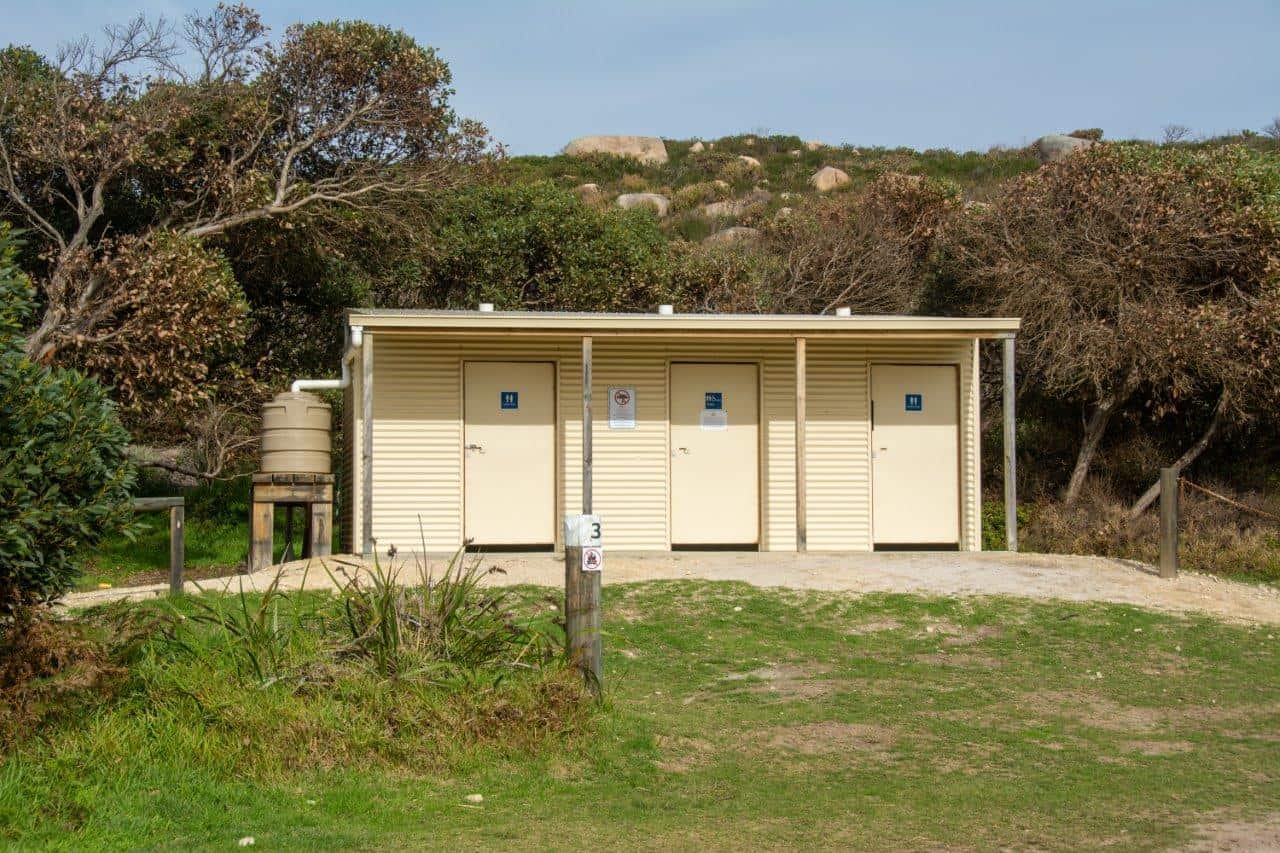 Bettys Beach has a couple of toilets

Bettys Beach has a shack that is available for day use and offers brilliant protection from the wind, some shade and toilets, and a view that is really quite incredible. 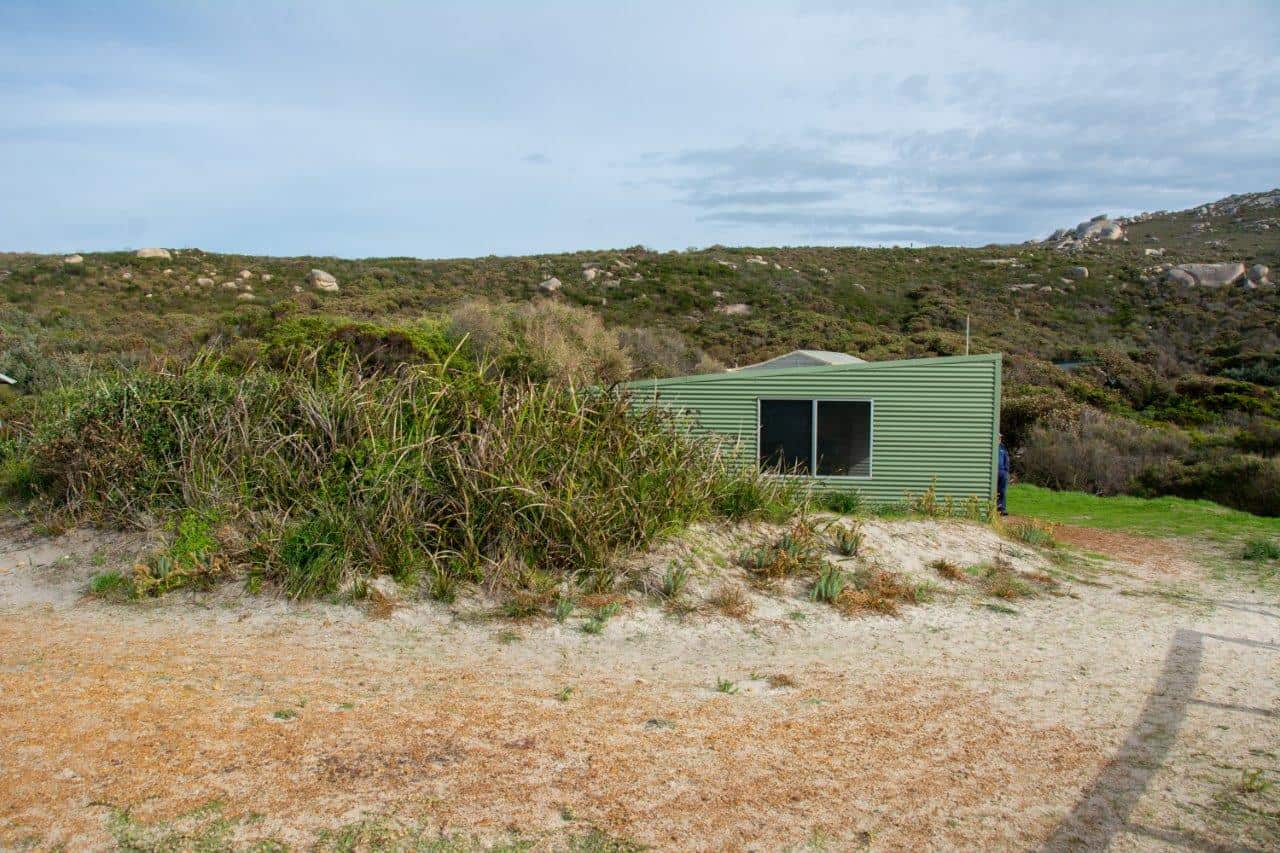 The day use shack, right near the water 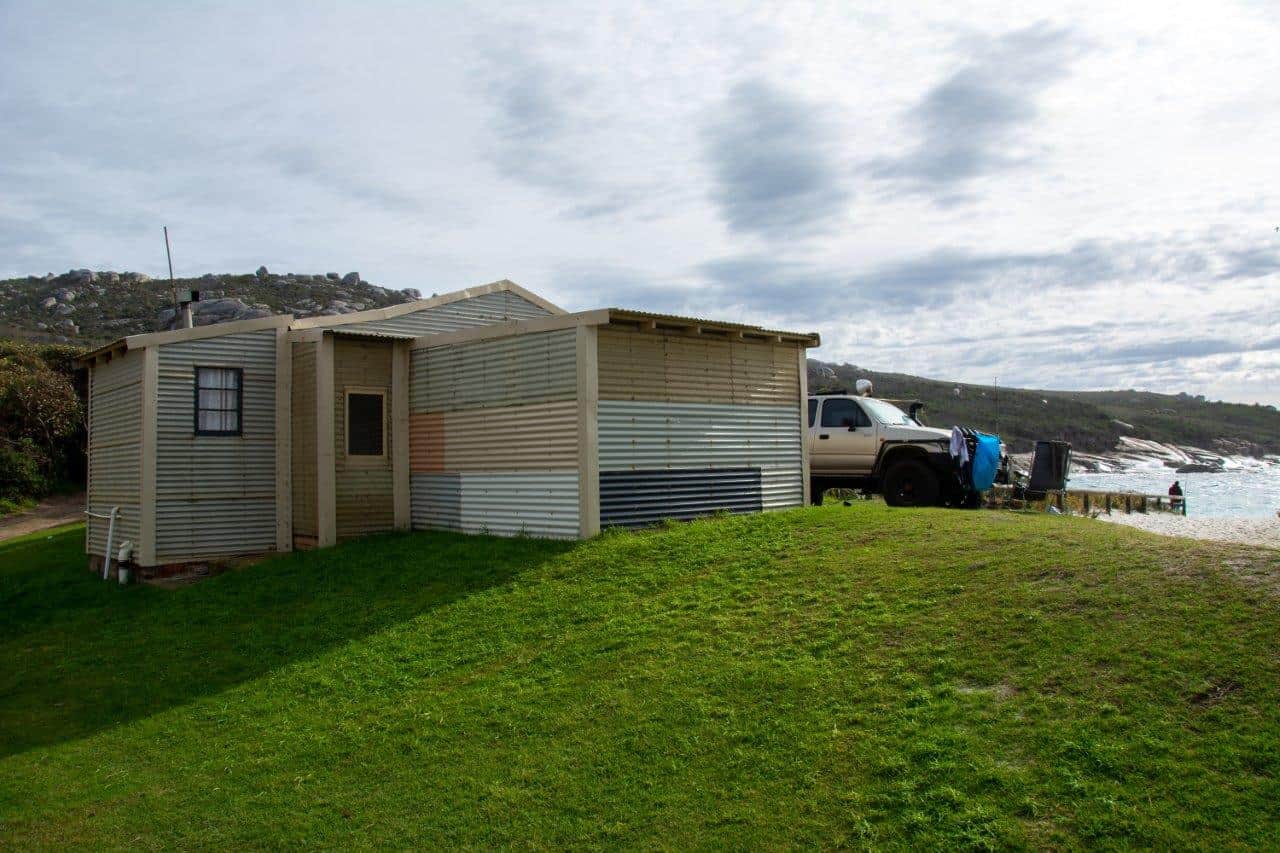 One of the fishing shacks being used by mates 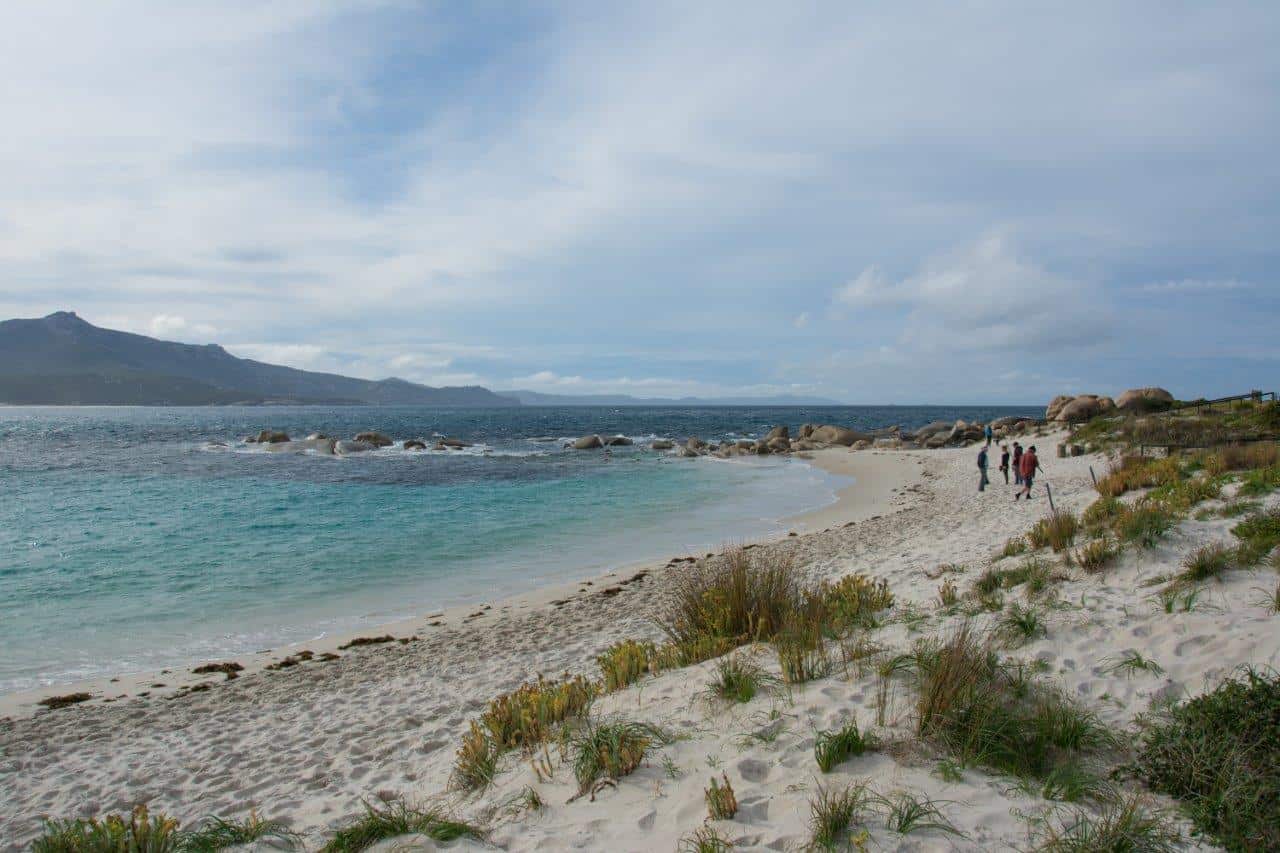 The bay is somewhat protected and beautiful, but it can still be very windy

The beach is beautiful, especially when its calm and there’s quite a bit of coast that you can walk up and down.

Camping at Bettys Beach is completely free, which is absolutely unreal and the City of Albany needs a huge pat on the back. There’s more free camps in this shire than in other parts of WA, and I’m sure that they see the benefits of allowing it. 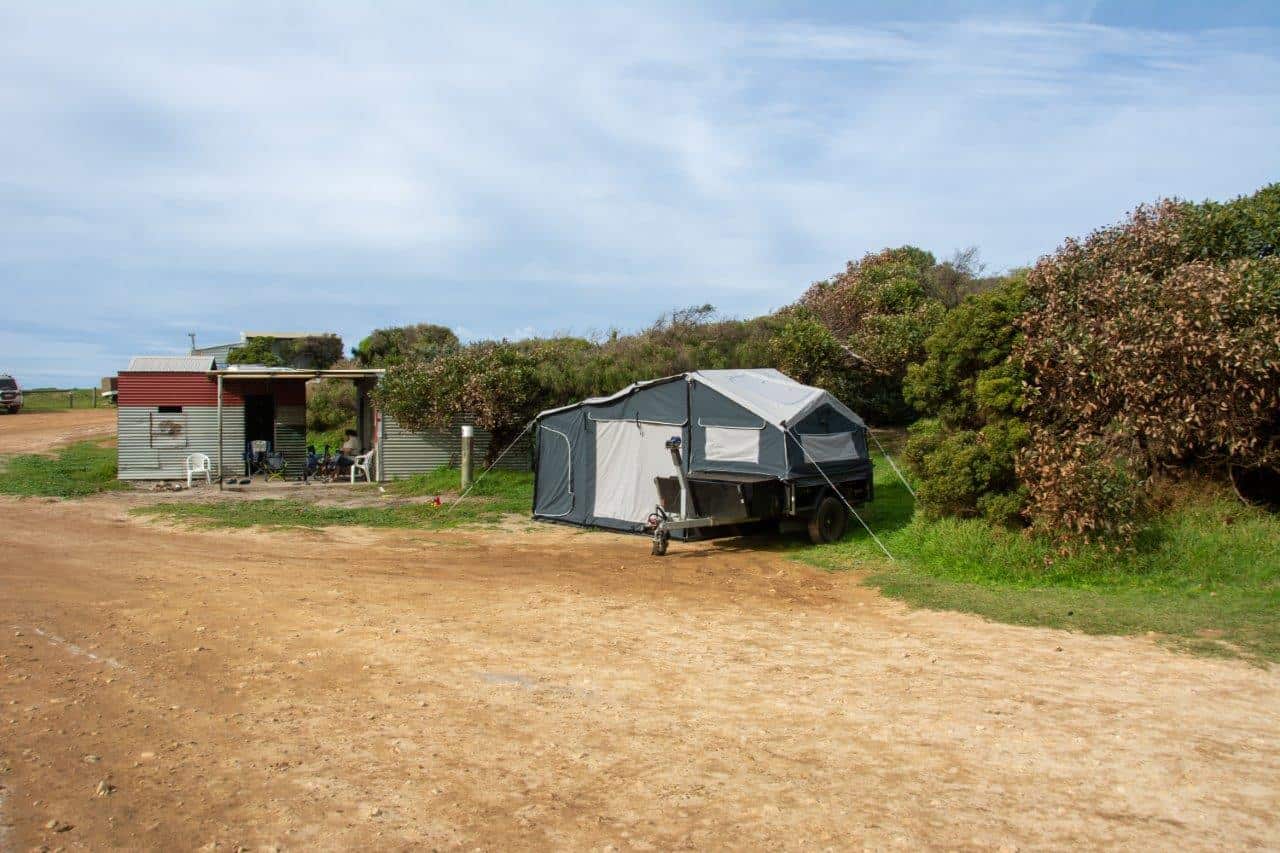 You can’t book, and its basically first in best dressed, with a number of sites that can be used. Look after it, respect the area and it will stay open for all to enjoy! 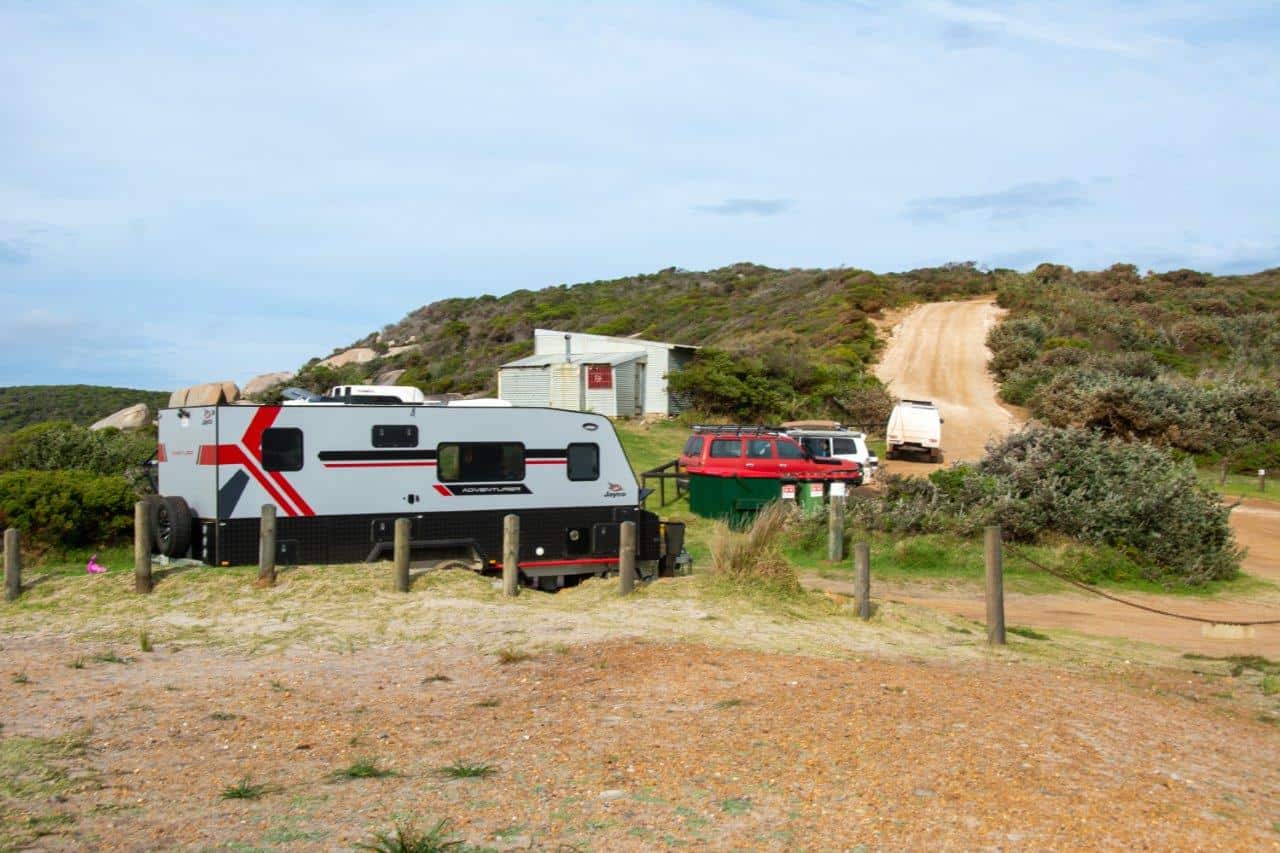 Camped not far from the water 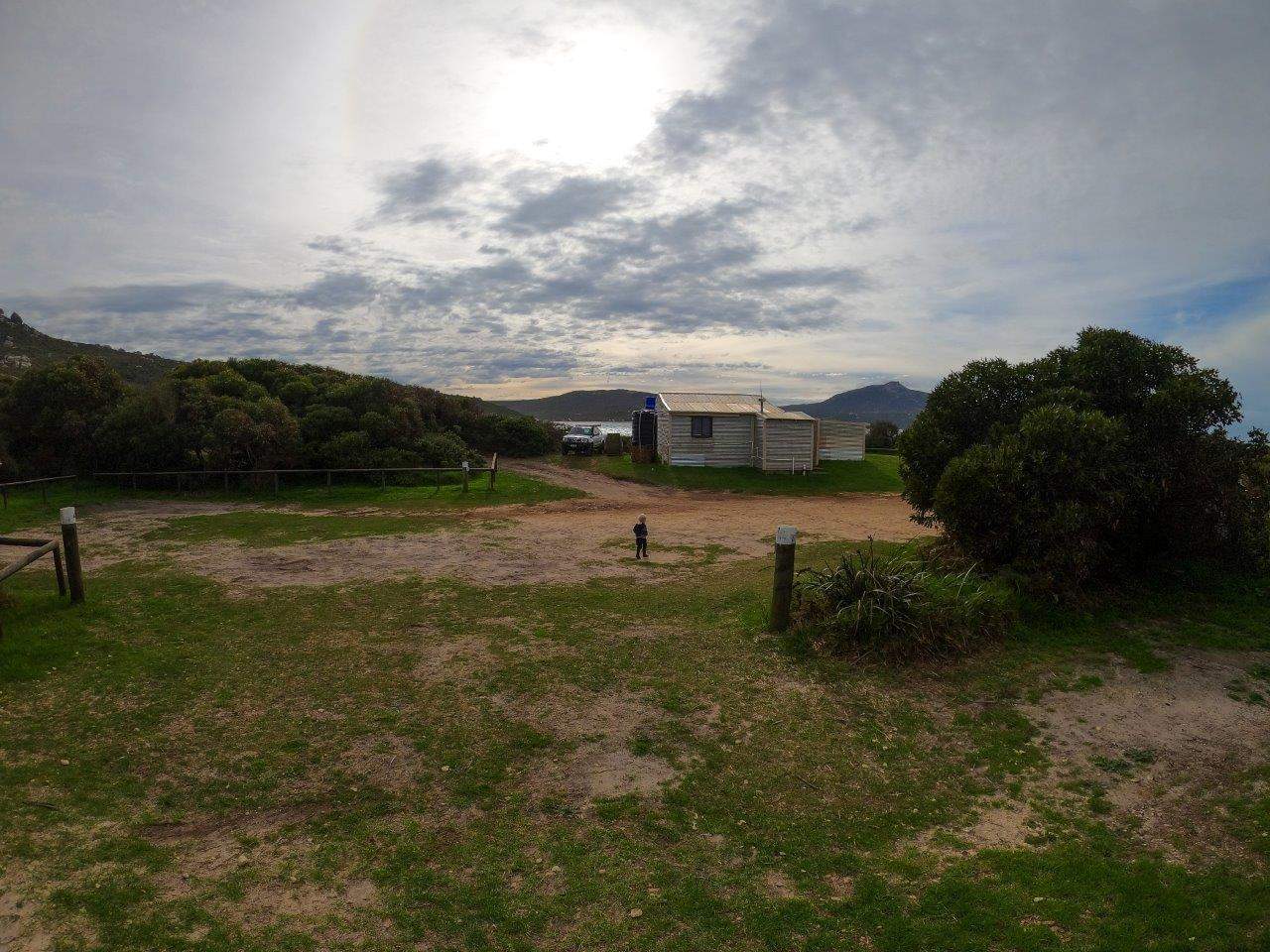 Its well and truly worth a look

As I mentioned above, a week at Bettys Beach with a few friends and family and a small boat would be a heap of fun. If you haven’t been to Bettys or Normans Beach, put them on the list; they are completely worth a visit, and a credit to the region. 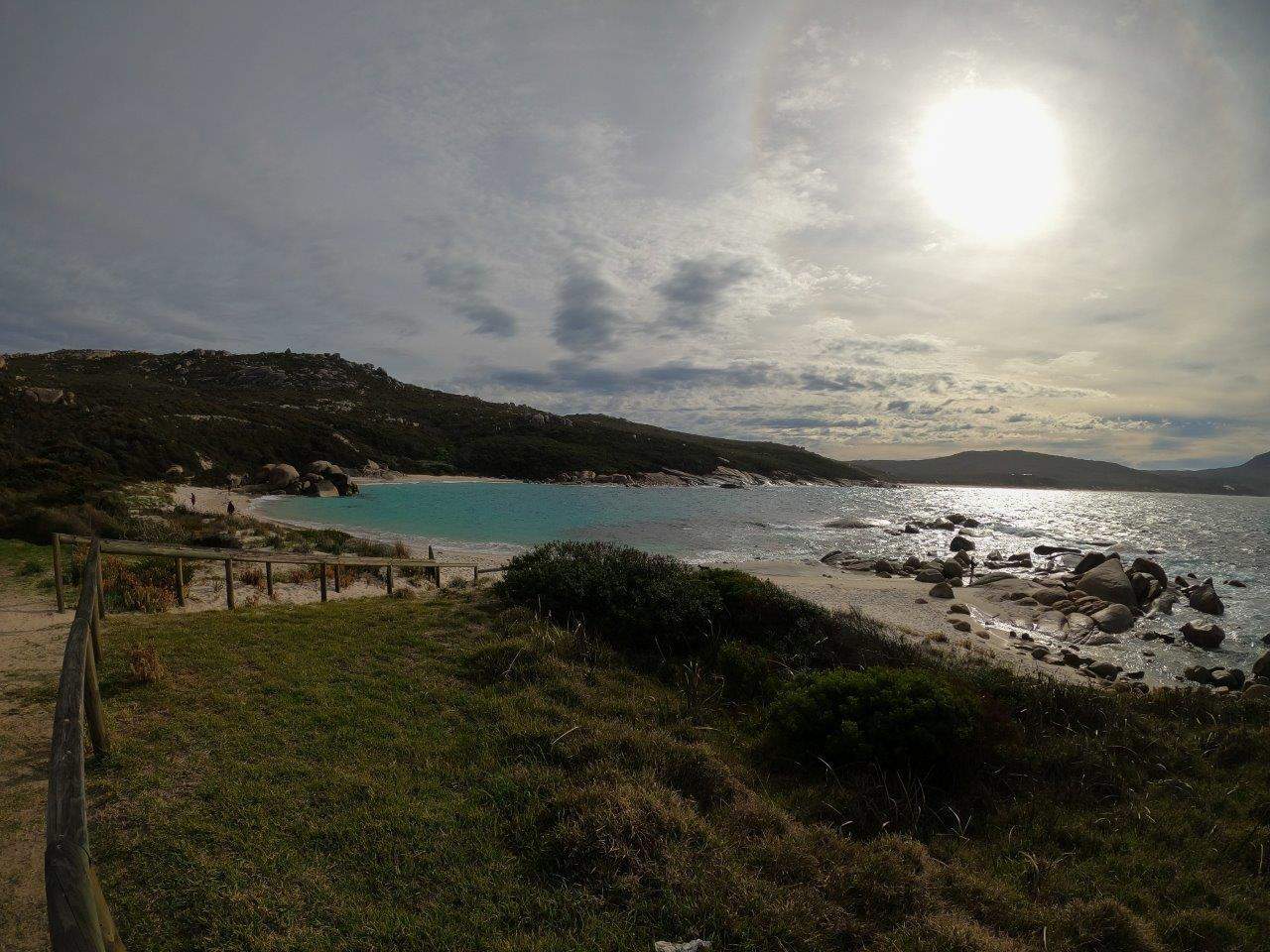