After a nice stay at Camp Nyroca, we headed out to check out Frenchmans Campground. Despite the nice coastline, it had camps that were miles back from the beach, and we decided to keep moving. Greenly Beach was stunning, but with southerly winds and big swell, we decided to push on and continued north, ending up at Hall Beach and Horrocks Lookout for a couple of nights. 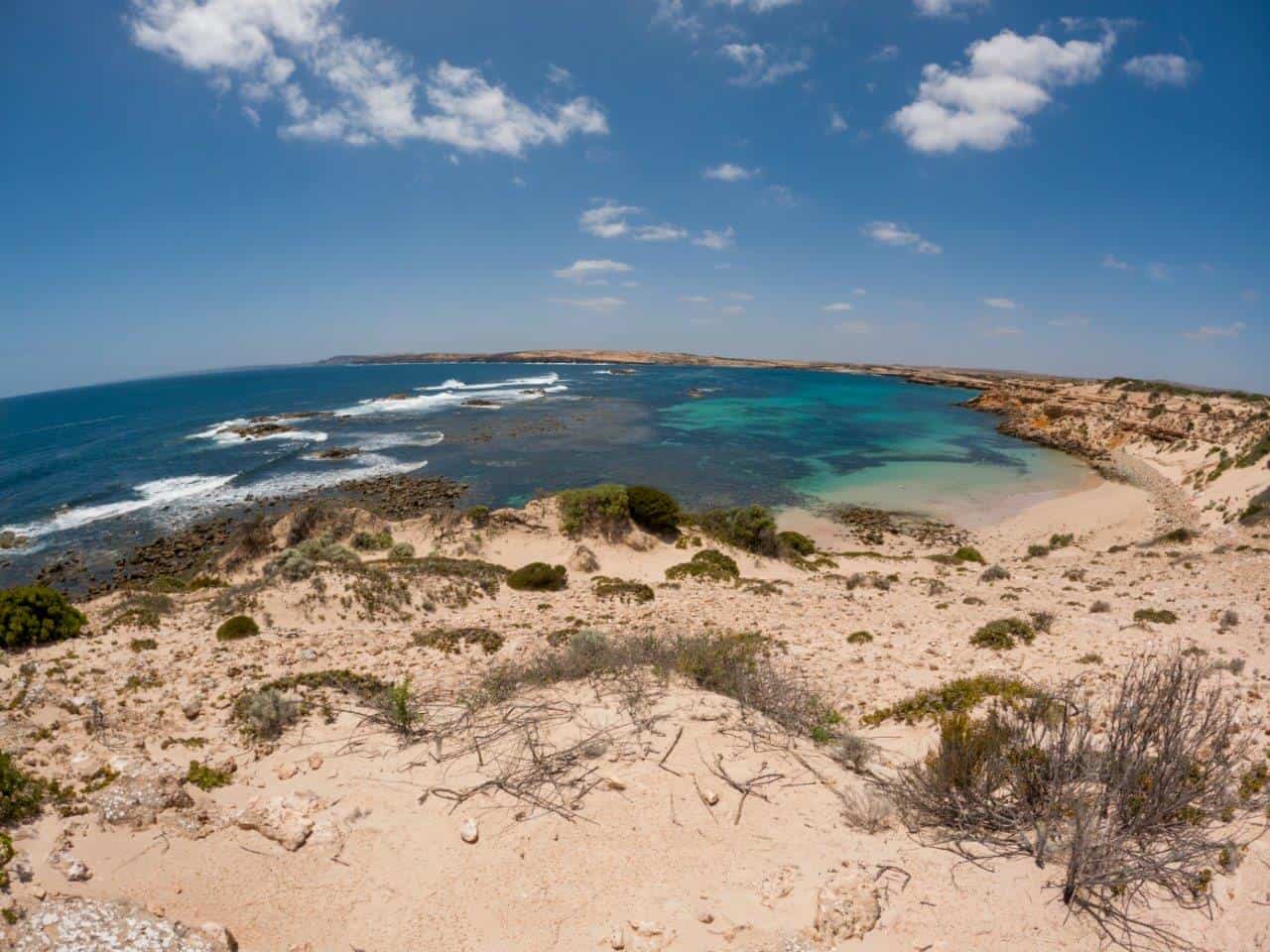 The views from Horrocks Lookout

I have to say we’d stay at Greenly Beach if the weather was more suitable, but the idea of getting battered by the wind, and not being able to enjoy the rock pools due to the huge swell turned us off. Here’s a few photos of what it looked like when we arrived, and we’ll put it on the ‘next lap stay’ list. 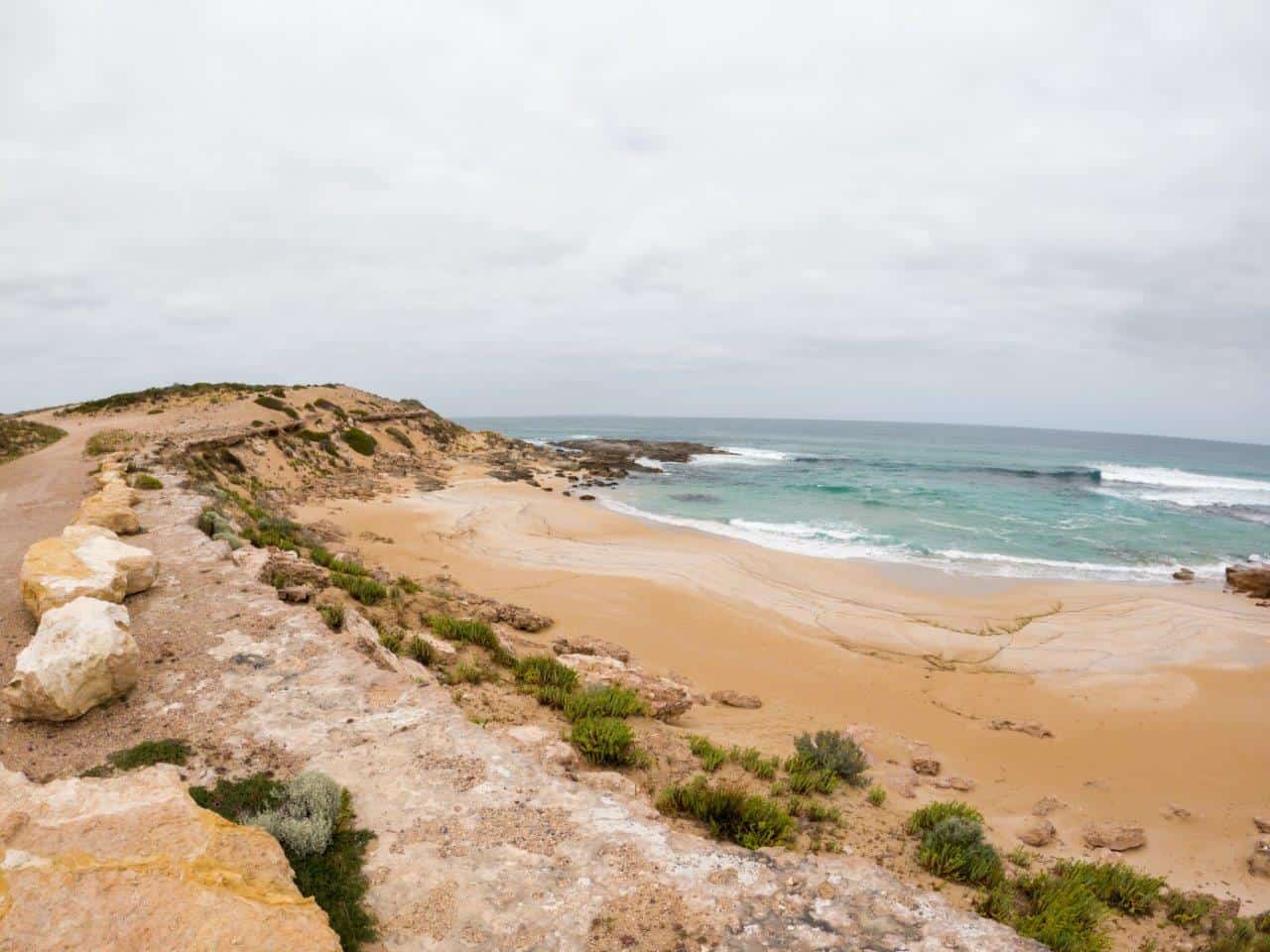 Greenly Beach would have been a go, if the weather was more suitable 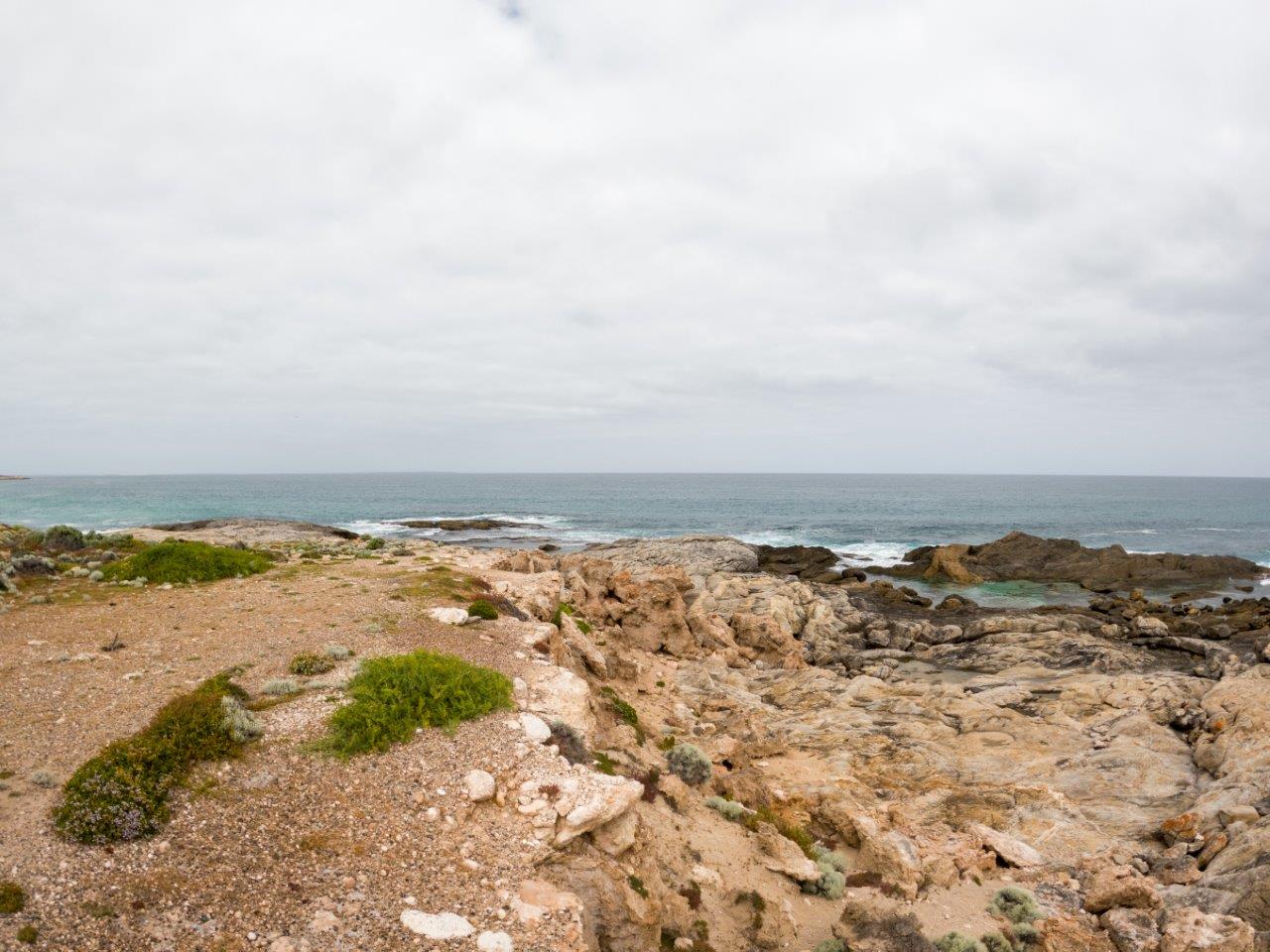 Even the Greenly Beach Rockpools didn’t look that great

Where is Hall Bay and Horrocks Lookout?

You’ll find this place roughly 74km North of Coffin Bay, or 82km south of Elliston. It’s at the end of a reasonable gravel road, and is easy enough to find, on Hall Bay Road.

You’d sneak a 2WD into a number of the spots here, but some clearance and extra traction where its sandy or rocky is helpful. If you want to head further away from the main section a 4WD would be a must for the clearance. 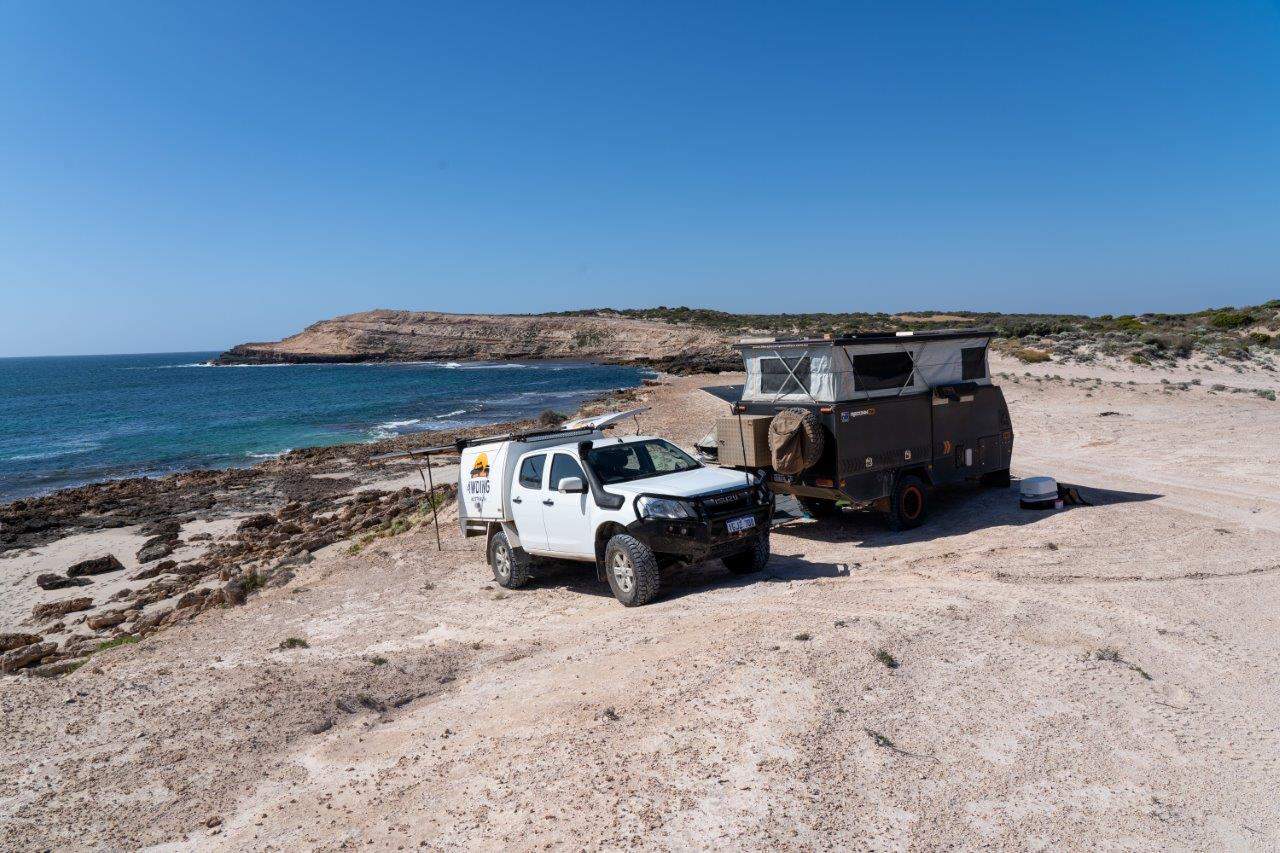 You don’t need a 4WD for some of the spots, but its much easier

There’s no designated camp sites here, but just a heap of space where you can pull up. At Horrocks Lookout there’s a heap of open space, and then you can camp as close as you are game to, on the edge of the sand dune and cliffs overlooking the amazing bay.

Heading north, there’s a heap of tracks that take you for miles, and you can pull up anywhere on the cliffs, or head further along. A lot of the camp sites don’t have easy access to the water (although one has two dodgy ladders that you can use), and we ended up right up the northern end where you could scrabble down a short, sharp bit to the beach, and we had some protection. 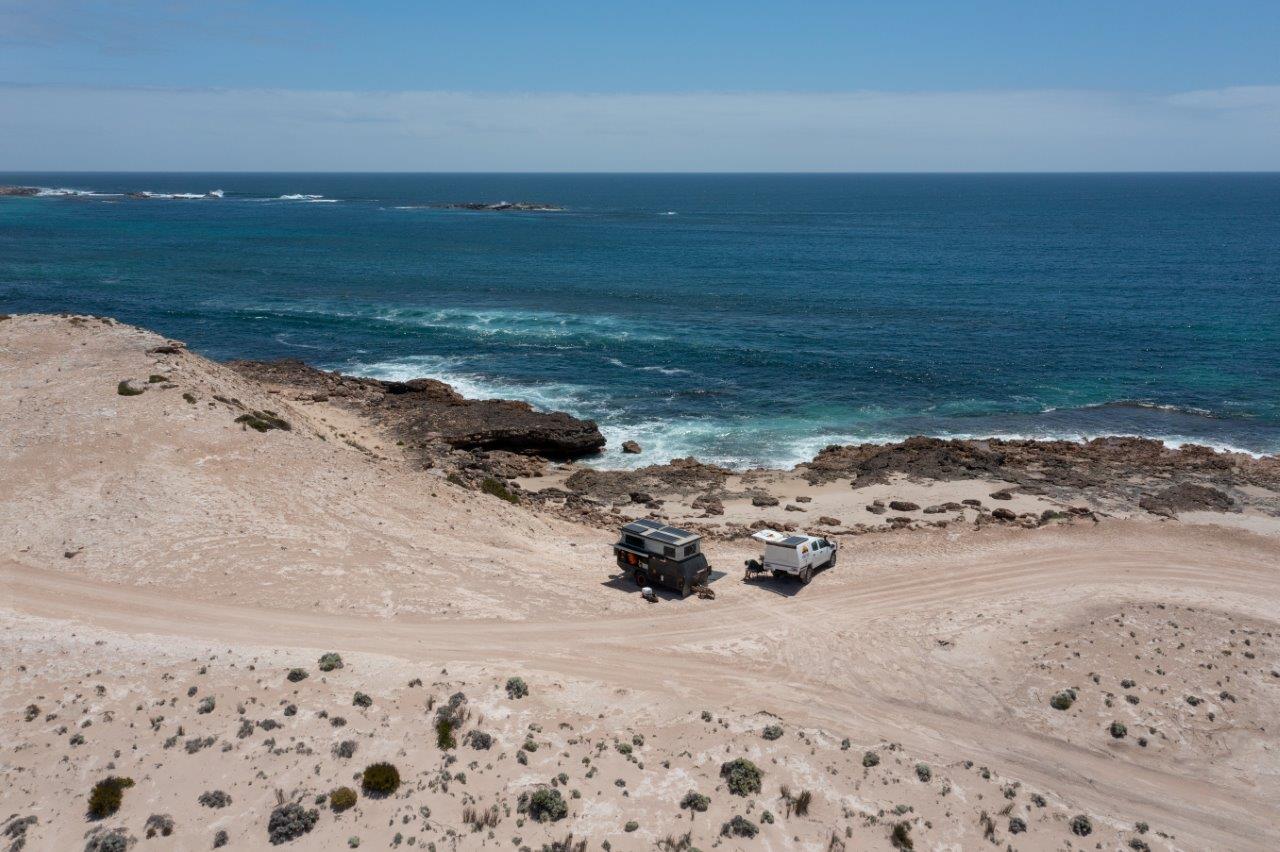 Our site with a short scrabble down onto the beach

If you are OK with camping on cliffs then the views here are spectacular (and you get the weather right, which we go into below!). We really enjoyed the camp sites here, and you’d get a caravan into most of them, but the further north you go the tighter it gets. Walk the tracks before you go as we had our hybrid getting fairly close to rocks on the way in, and then found a better way out. 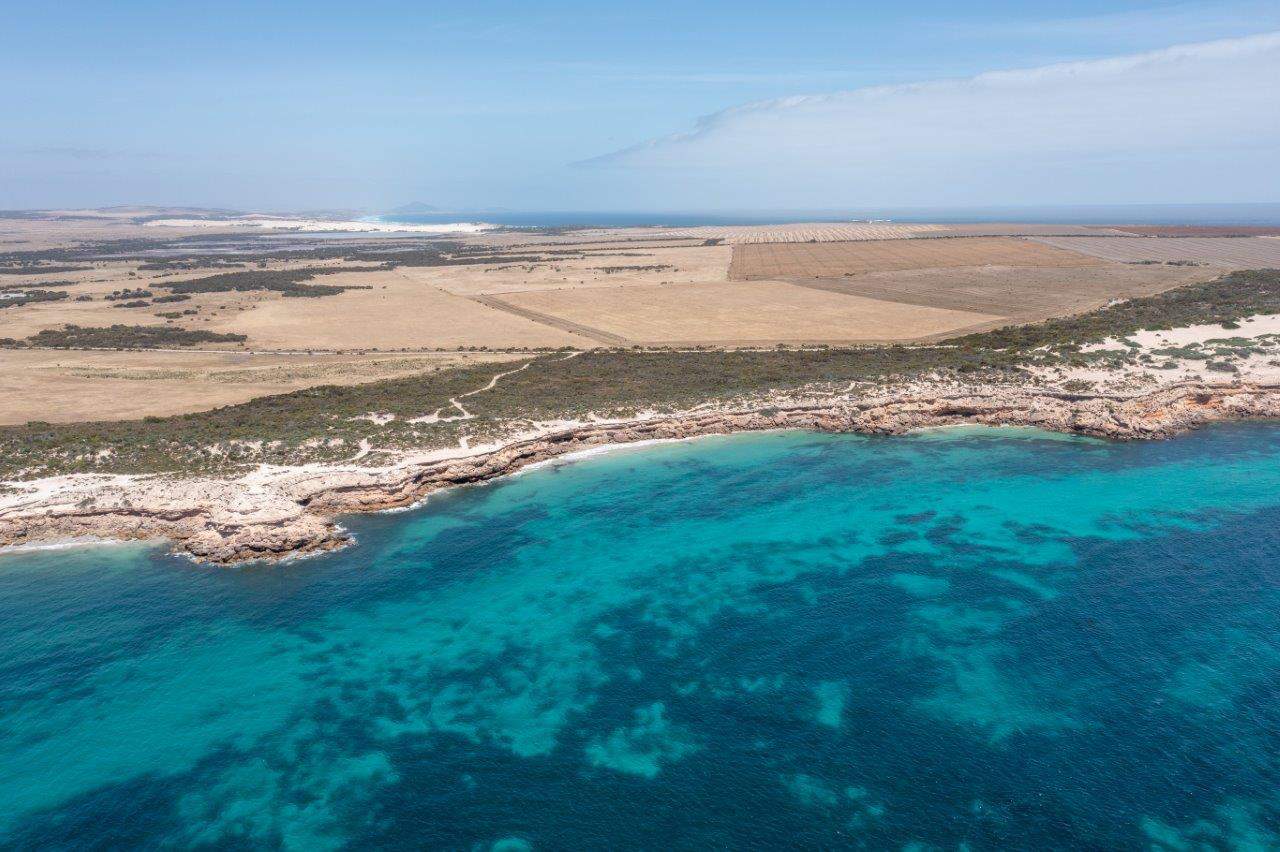 There’s a heap of places to camp on the cliffs

For the main area near Horrocks Lookout you’d have no issues getting huge vans in, with a 4WD. 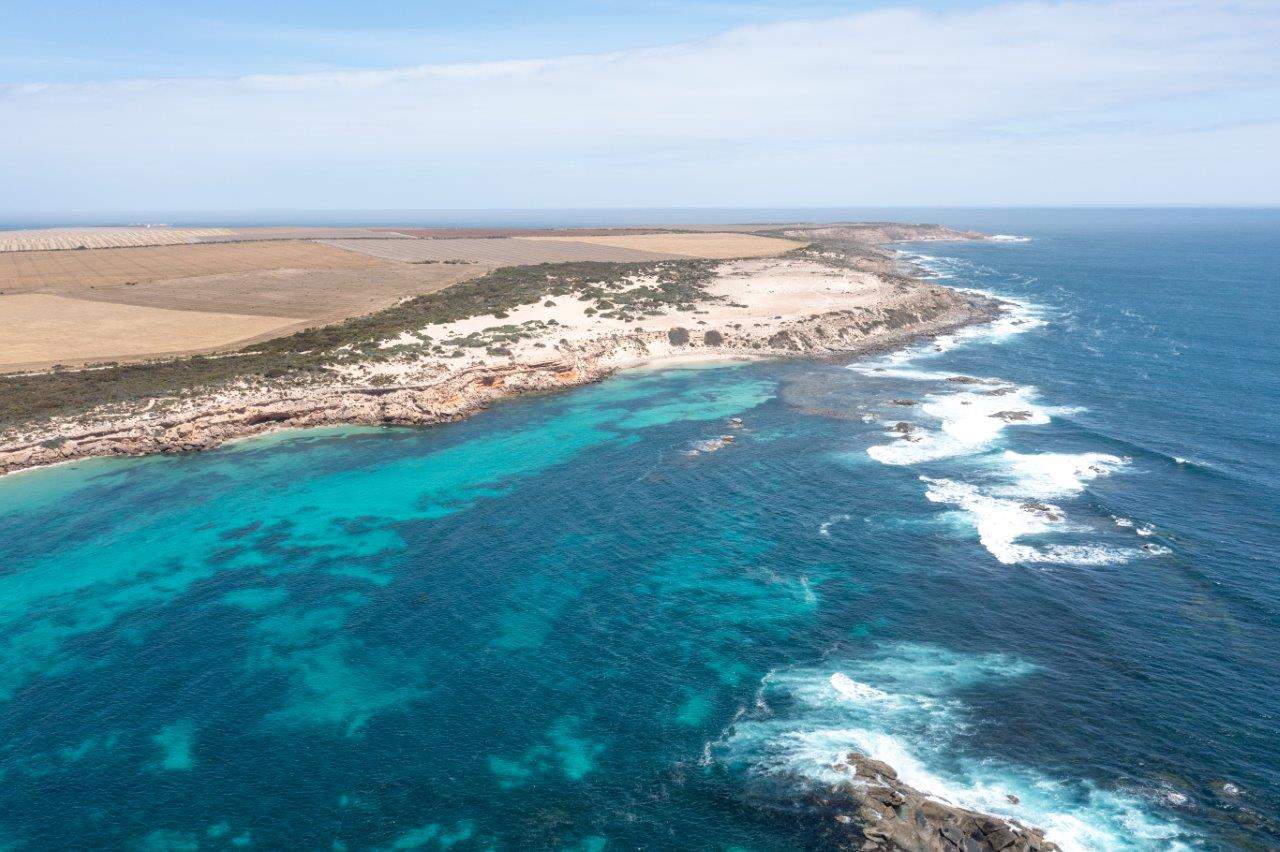 Horrocks Lookout in the distance has a huge amount of room

How much does it cost to stay?

Camping at Hall Bay and Horrocks Lookout is completely free, which makes it a great place to pull in. We spent two nights here, enjoying the area.

There are zero amenities here, and you need to take everything required in, and leave zero trace when you depart.

Protection from the wind and the fine sand

Every place has its downside, and on our second afternoon and evening, we had one of our worst experiences so far on the Lap of Australia. We’d been experiencing southerly winds for a while, and with our camper tucked behind a bit of a hill it was fairly comfortable, but my folks (who camped at Horrocks Lookout due to access issues) had complained about fine sand going everywhere.

We got back to camp that afternoon from spending time on the spectacular beach at the bottom, and could see the wind was visibly worse, and it was picking up the finest sand you’ve ever seen, and flicking it everywhere.

Now, I want to point out that our camper kitchen is recessed, and it faced north, which meant we should still have been fine. Nope, the wind was curling it around, and back into our kitchen by the spoonful, and it made preparing any food almost impossible. 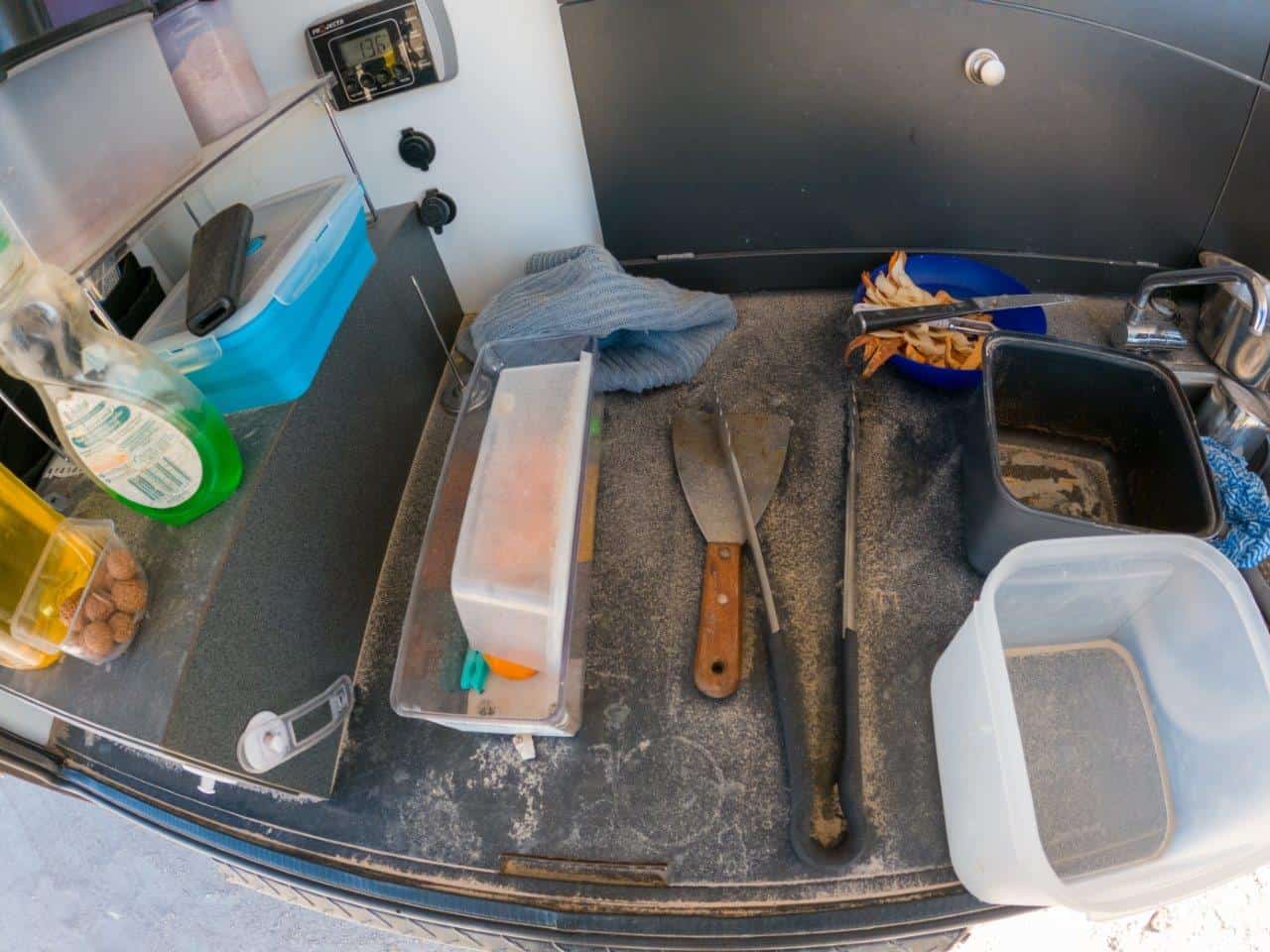 I moved the car to block some of the wind and it made no difference, and half way through cooking our roast pork and vegetables and dealing with the kids playing up inside the camper I cracked it, and moved the entire camper down the road where it looked much better.

As it turns out it wasn’t at all, and we battled it until late in the evening and I could get out and wash the immense amount of sand off our dishes and kitchen. We ate inside the camper, which we never do, and were feeling pretty deflated by the time it got dark! 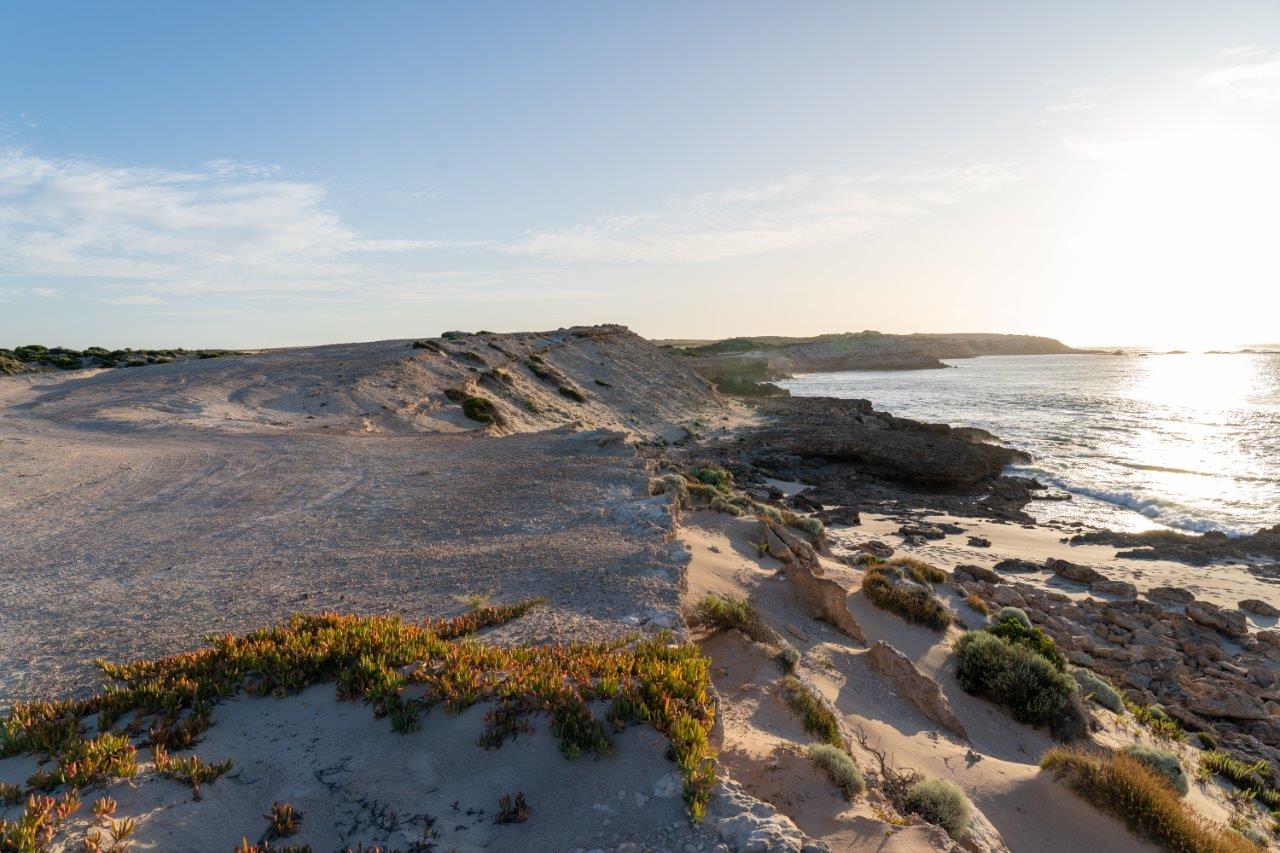 The only nice thing about that evening was the sunset

Would we stay here again?

This place is magic, and if you pick a camp site that is nicely protected from the wind (or there’s no wind!) you’ll have an amazing time. The scrabble down onto the main beach at Horrocks Lookout is completely worth it with one of the nicest beaches you’ll ever see, and we thoroughly enjoyed our spot further north too.

Pick your spot and timing wisely, and this place is absolutely worth a stay. 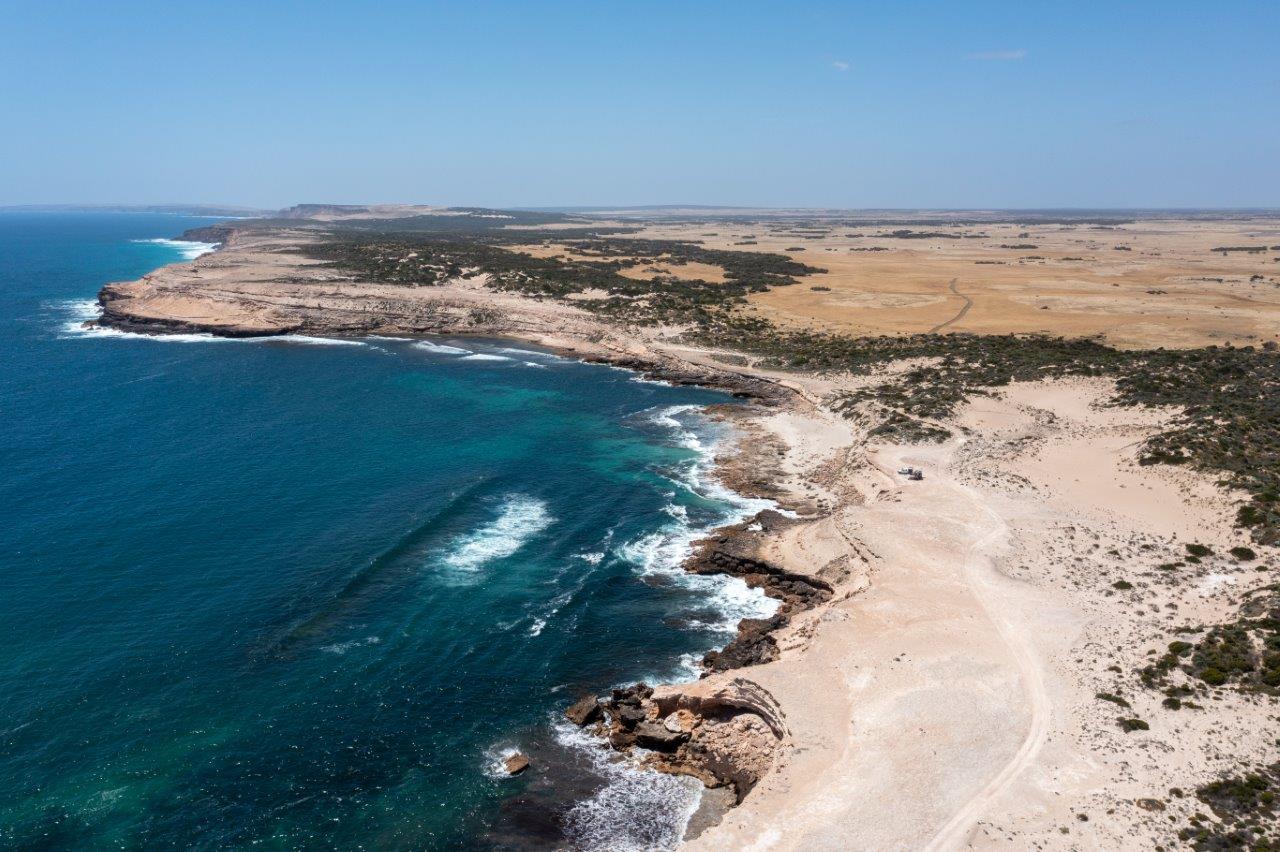 We really enjoyed our stay at Hall Bay, except for the fine sand