Point Brown on the Eyre Peninsula

The Eyre Pensinula in South Australia is a spectacular place, without a doubt. There’s so many amazing beaches, stunning coves and incredible rock pools that you’d have a hard time exploring it all in a month, or more. On our travels, we stumbled across Point Brown, and had an absolutely amazing time (up until the mosquitoes!) with incredible views. 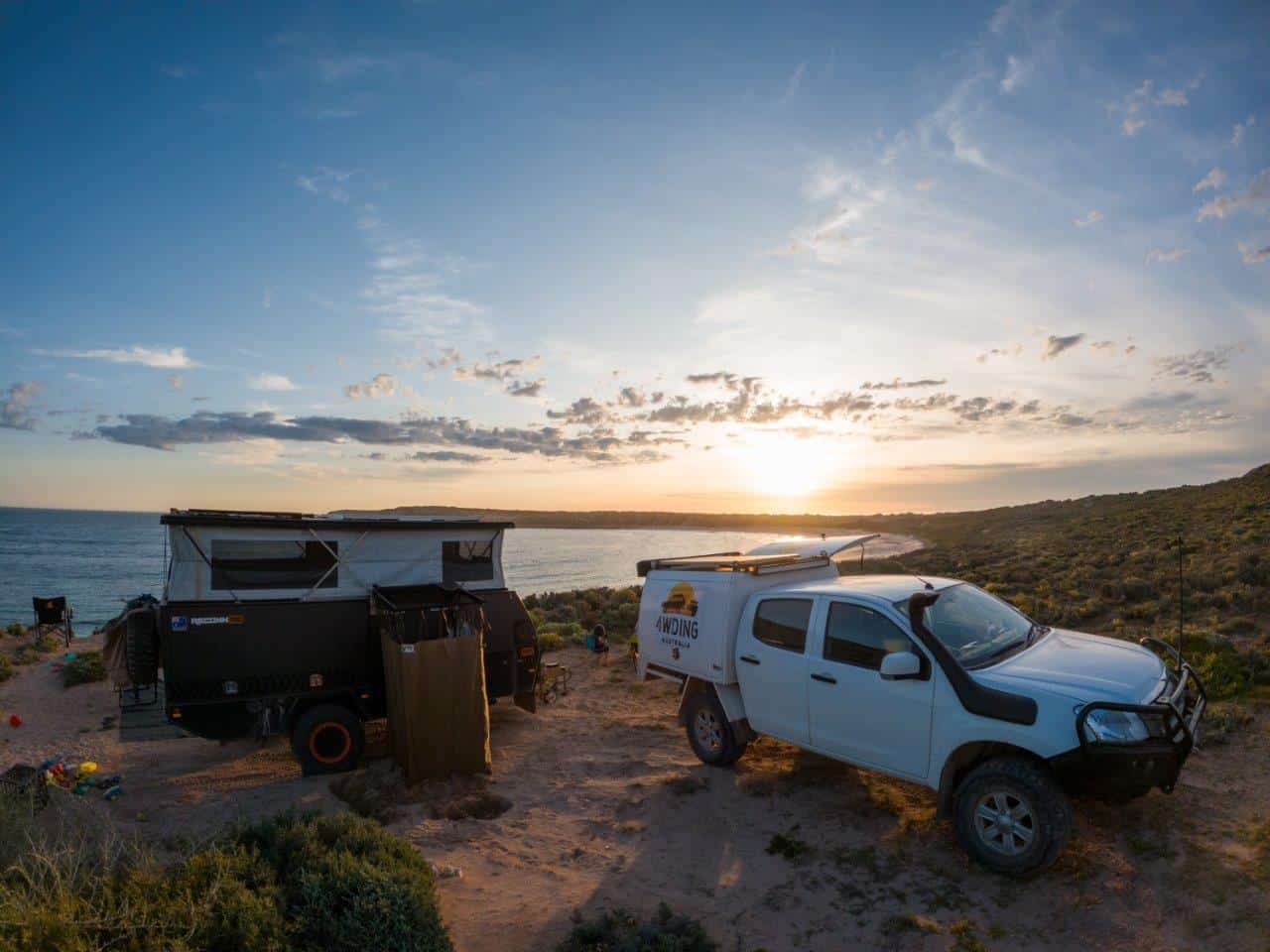 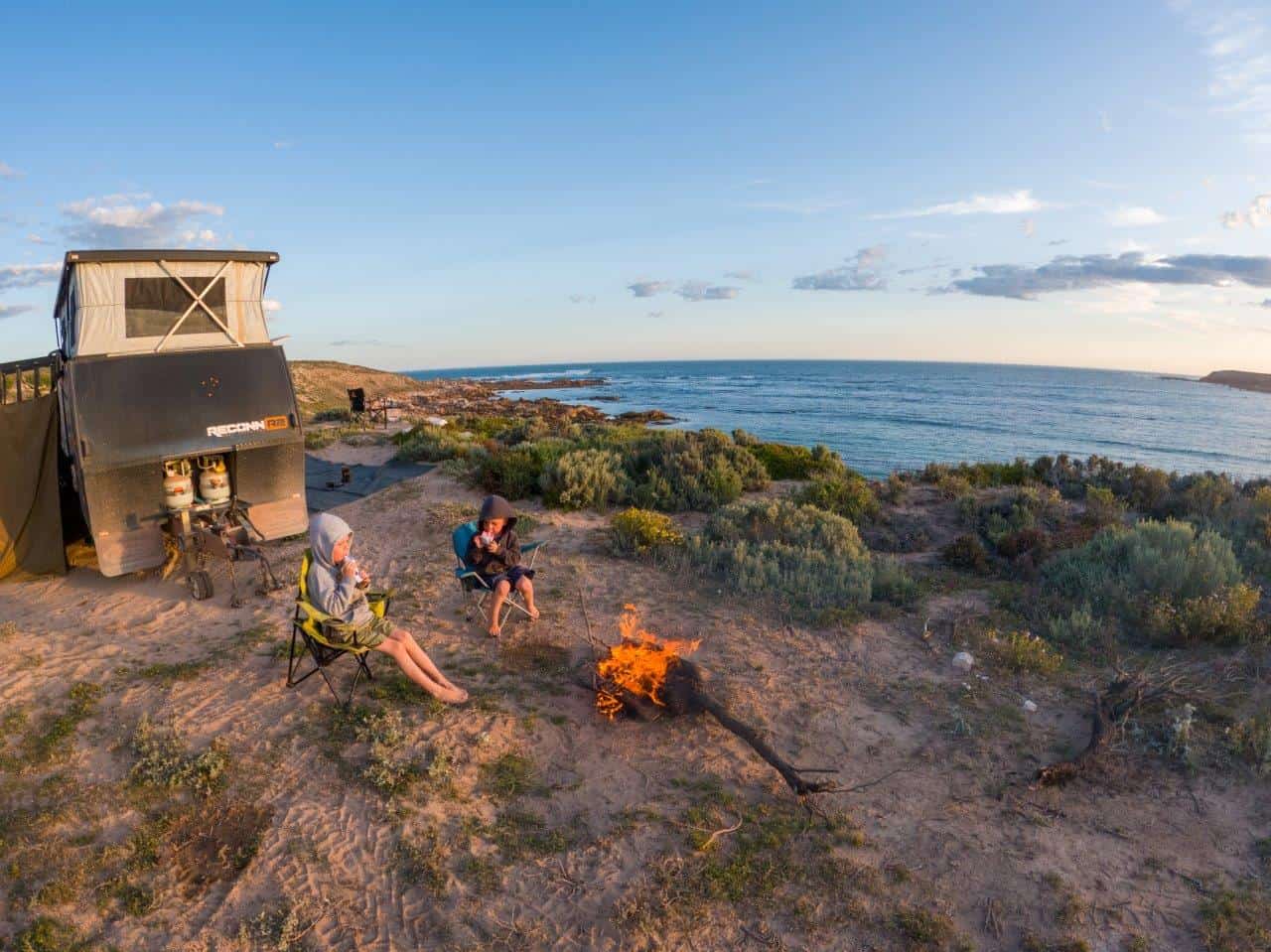 Could you ask for better views?

Where is Point Brown?

Point Brown is about half an hours drive South East of the beautiful Smoky bay, and a similar distance to Streaky Bay in South Australia. 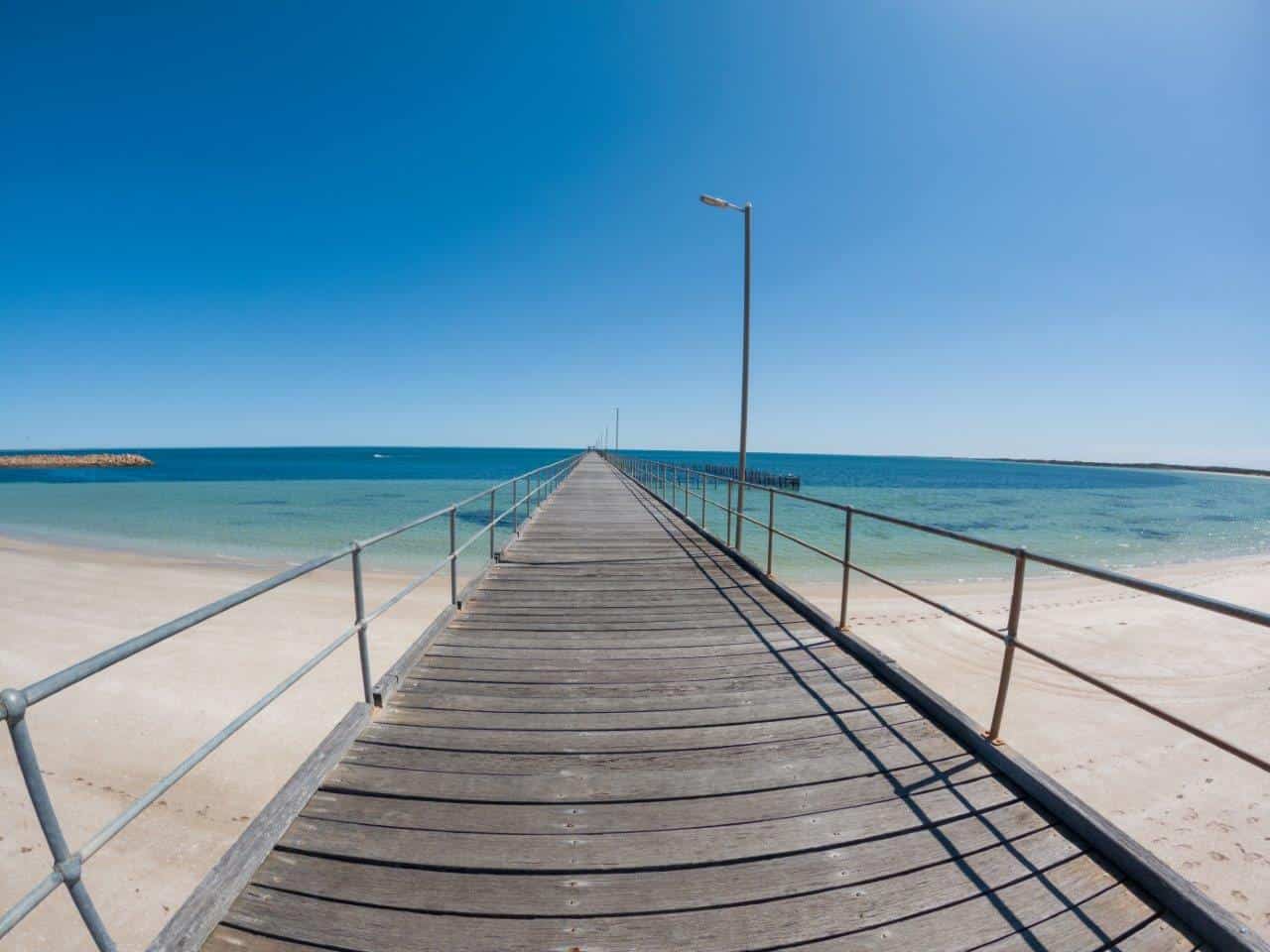 What amenities are at Point Brown?

There are zero amenities here. That means no toilets, no rubbish bins, limited cell reception up high and certainly no water source. Take in what you need, and take everything out so there’s zero trace left. 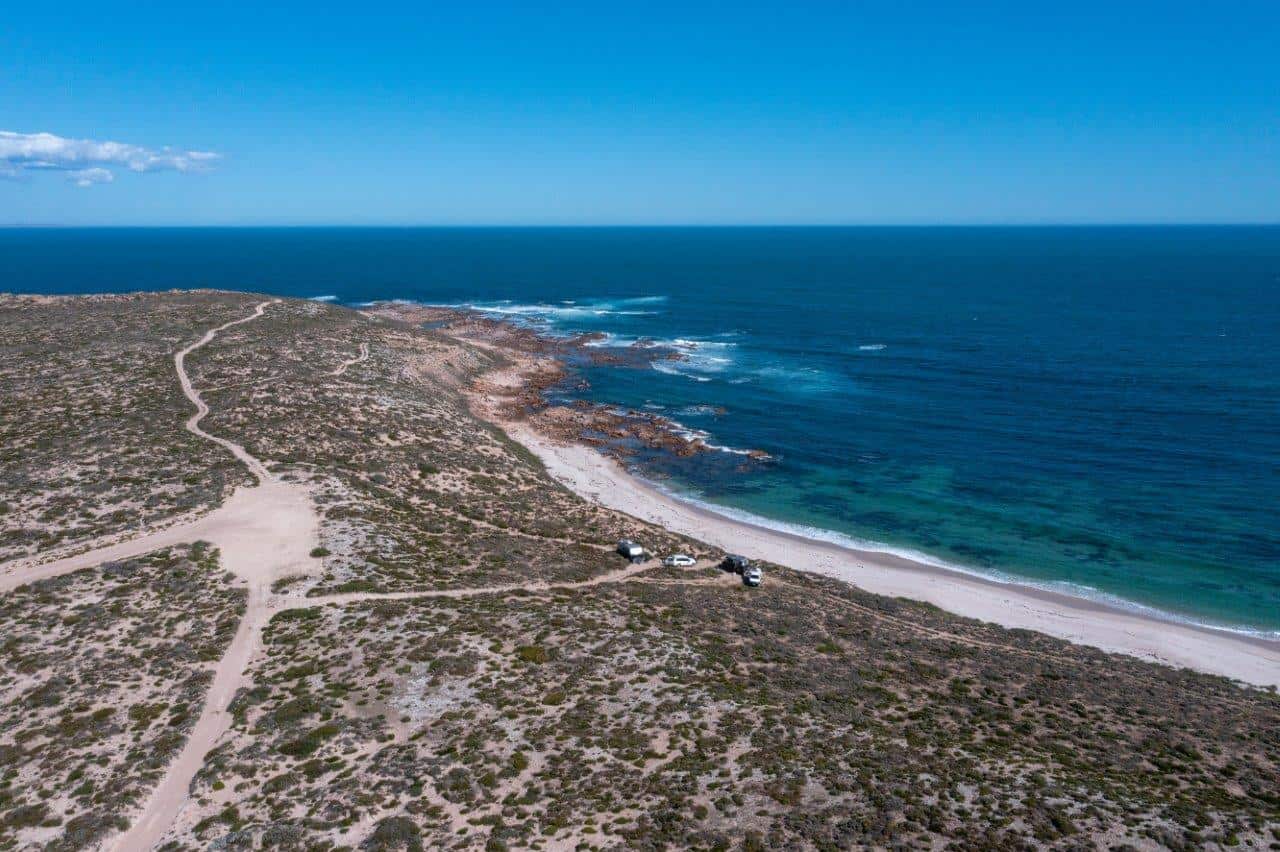 There’s zero amenities here, so bring everything you need

The first 20 odd kilometres of road are limestone gravel, and were about as good as it gets. Watch out for the Bob Tail Lizards on your way in, but it’s a smooth road all the way until a short corrugated section begins at the end. From there, heaps of tracks branch off in every direction possible, to a heap of places that you can camp. Some of these are fairly rough and rocky, and others are smooth and easy to drive on. 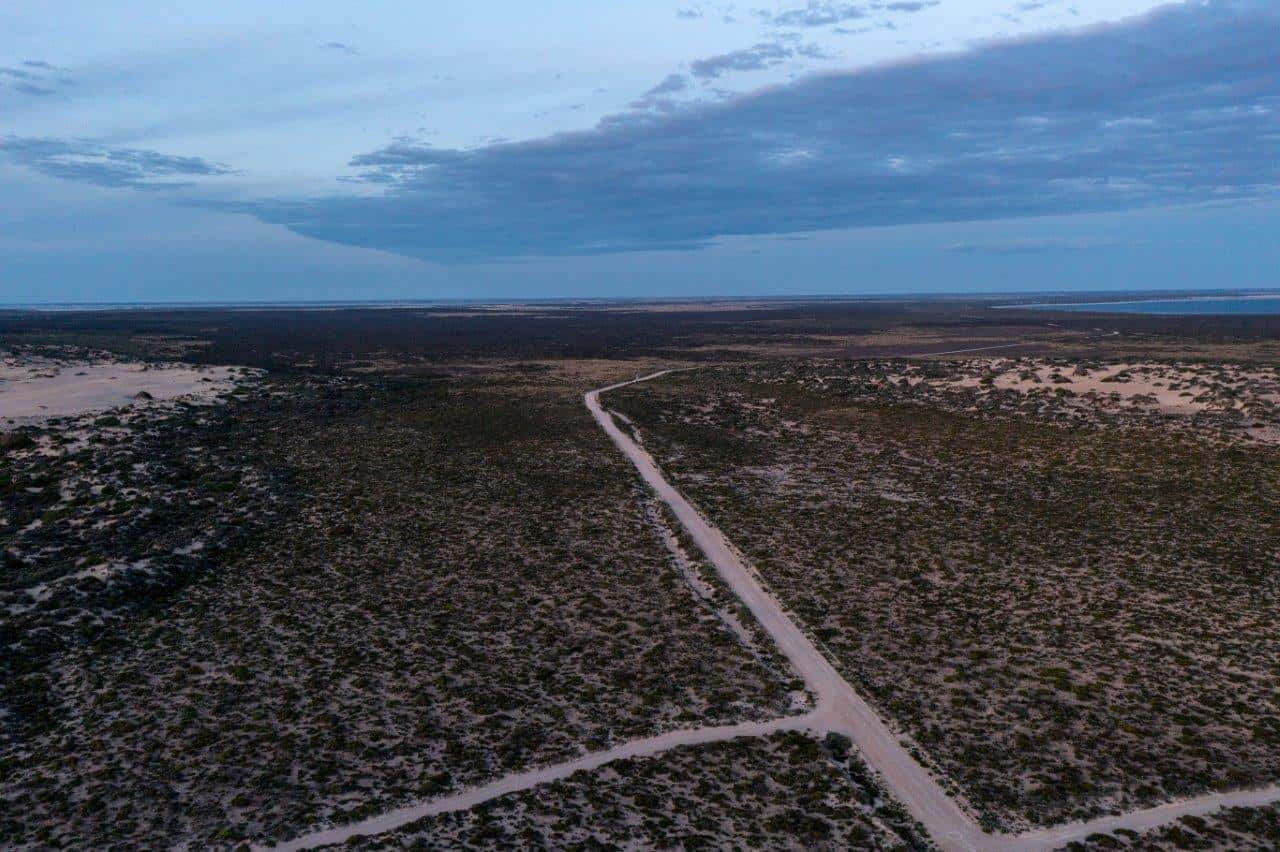 The road into Point Brown was really good 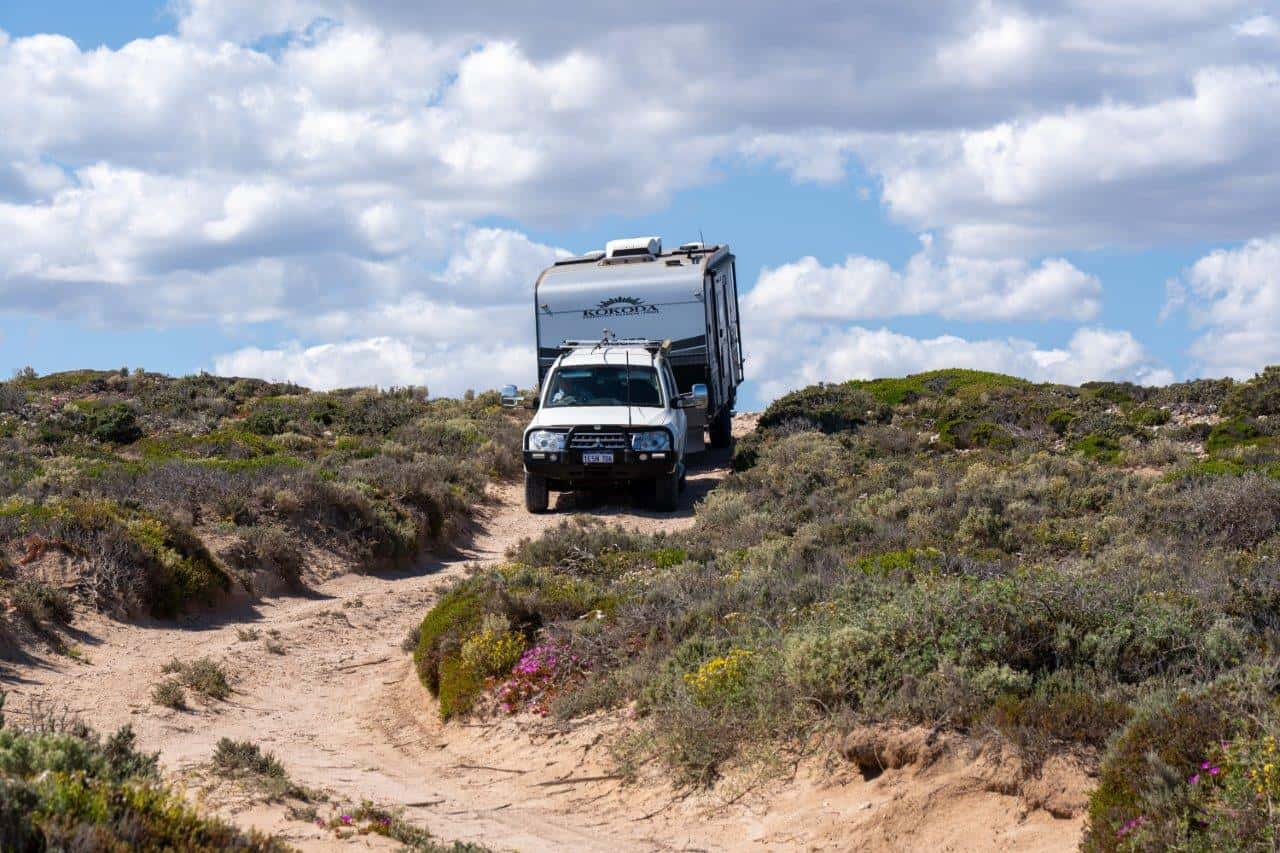 My folks dragged their van in with no issues, and squeezed into a tight spot near us

What does it cost to camp at Point Brown?

It’s 100% free to camp at Point Brown, and can continue that way if its looked after. The area is actually private property, and we should all be very grateful that the owners allow campers onto their property. 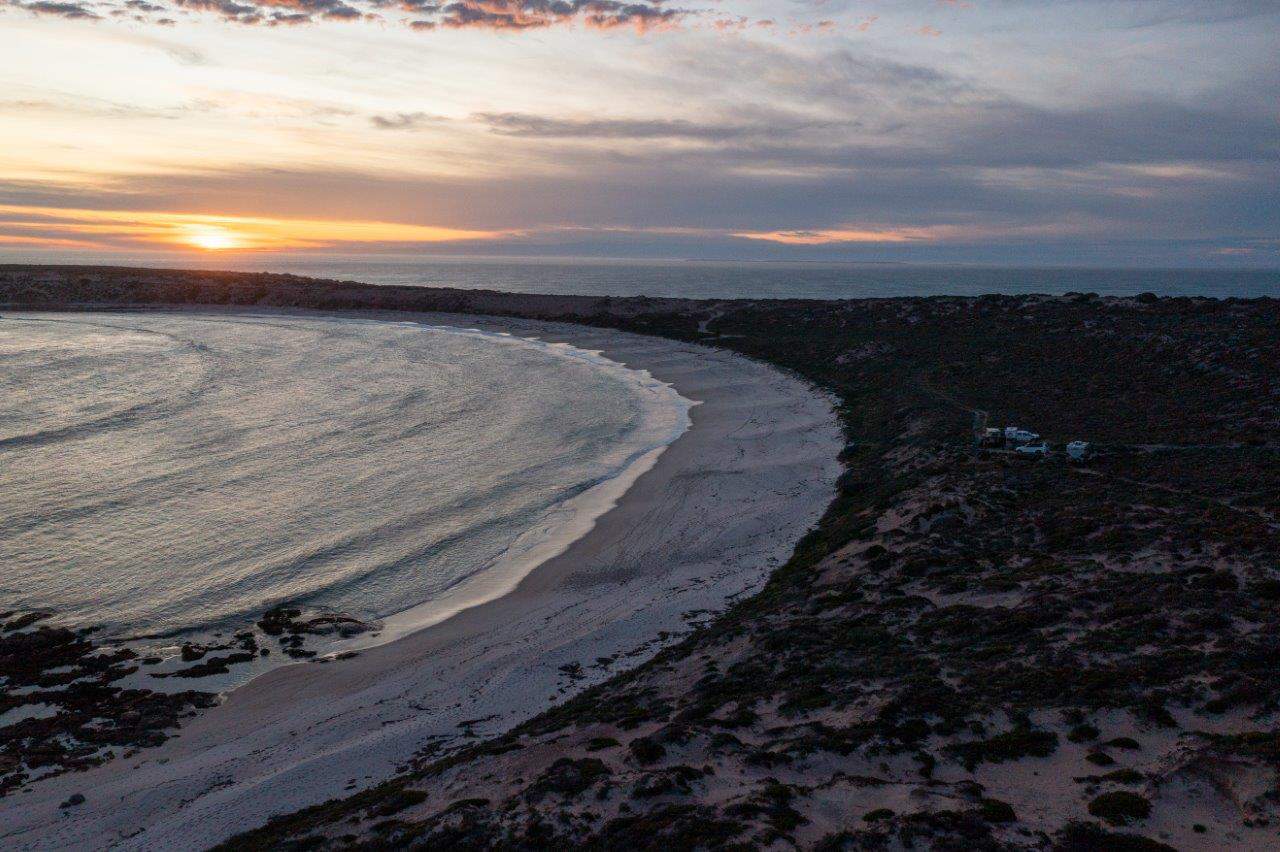 Not bad for a completely free camp site

You’ll find a number of amazing beaches at Point Brown. Some often have seaweed on them, but there’s several that are clean, and plenty of rock pools, cliffs and stunning coastline to explore. We camped overlooking the main Point Brown bay, and had a truly epic time. 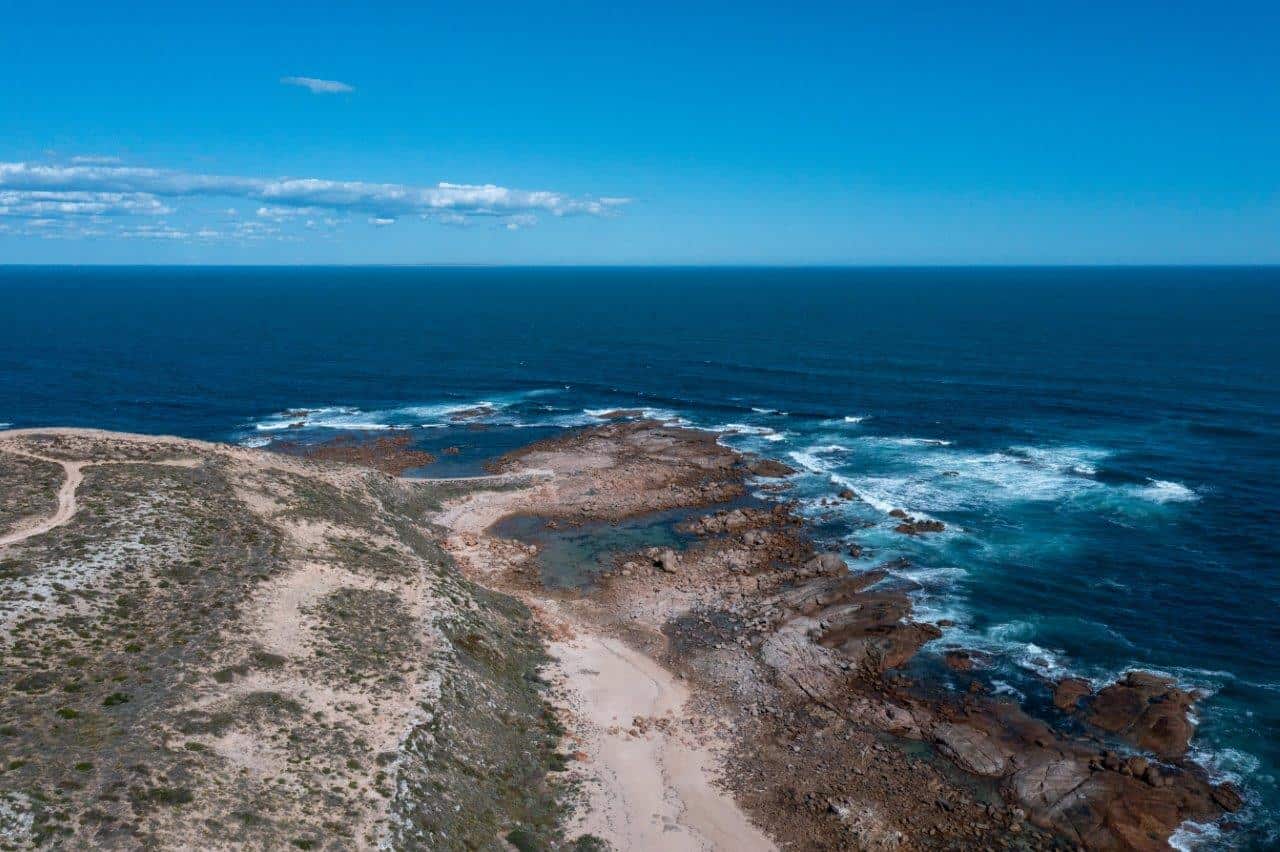 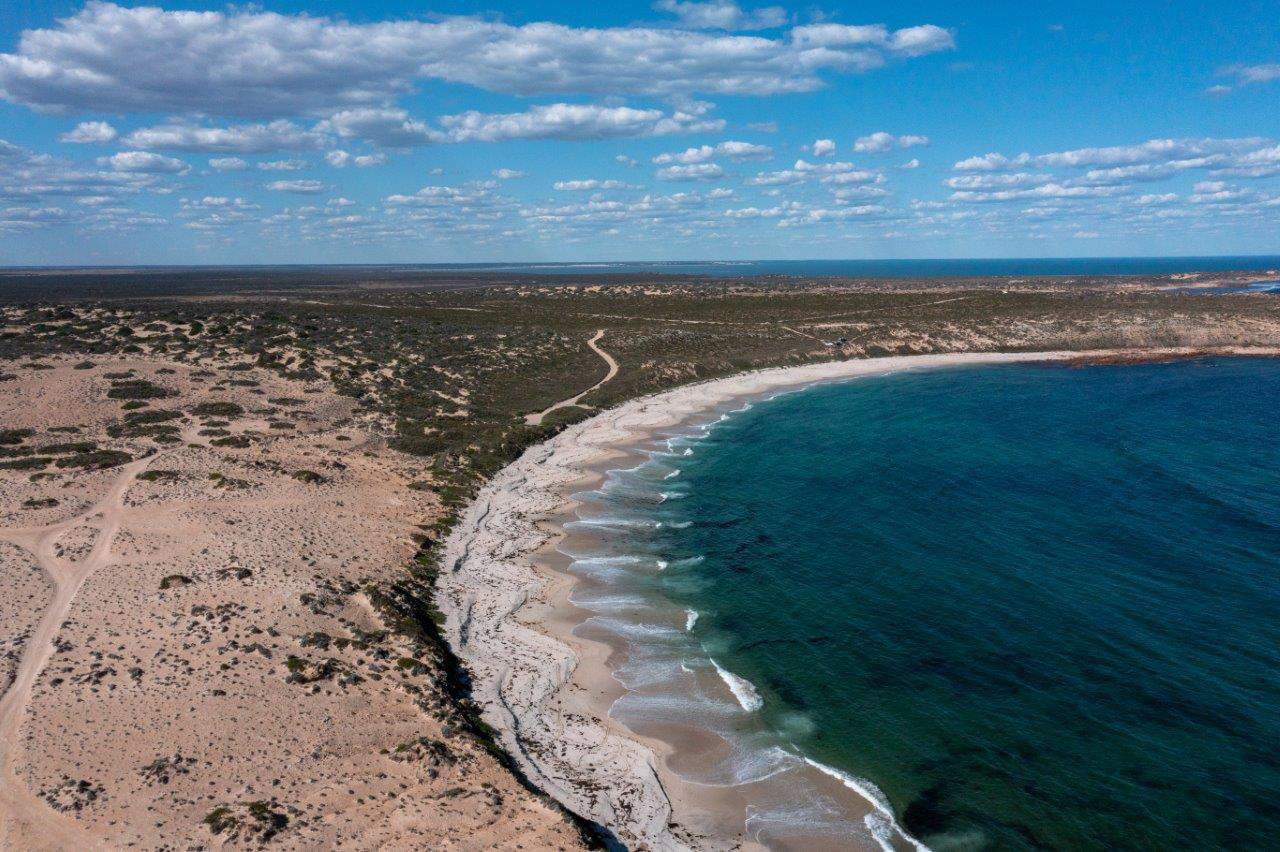 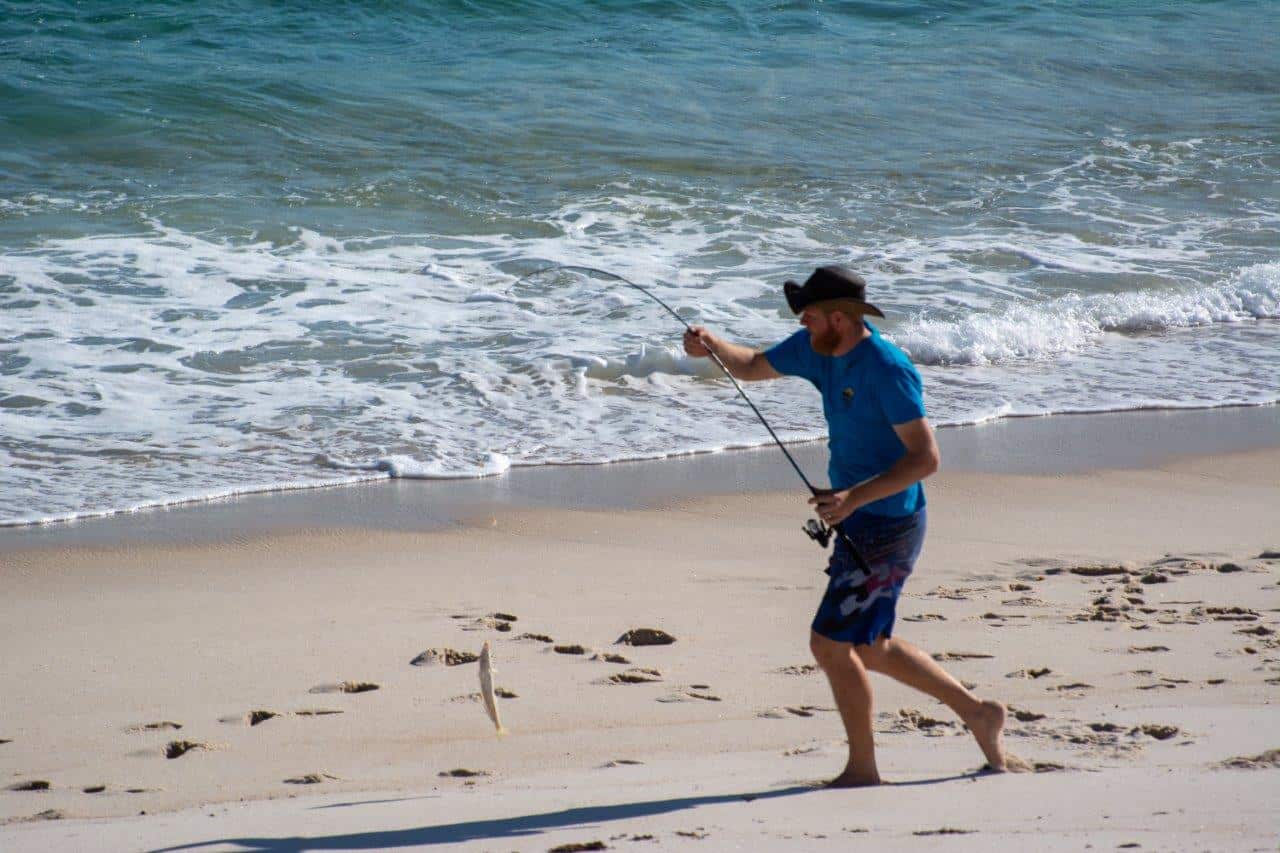 On the way in there’s a fair bit of dead wood laying on the floor, which would make for good firewood. You should know that the mosquitoes that we experienced here were really bad, and that was in the middle of the day, with a breeze, and only about 50 metres off the beach.

I was actually quite amazed at how bad they were, mostly where there was little air movement, but even in the breeze. I normally don’t get bitten much, but these things were relentless and we must have killed about a hundred in on the first half of a day, with plenty ending up in our camper despite being very careful opening doors.

The next morning though, was a whole new level. From the moment I hopped out of the camper I was swarmed by mosquitoes, and unless I stood completely in the breeze they just ate you alive.

I got a fire going (which I never do in the morning) in the hopes that it would give us some reprieve, and got both Thermacells running, and it seemed to make almost zero difference. With the kids and Sarah still inside the camper, I made the call to pack up in a hurry, and head to higher ground.

Even at the top of the point, where the wind was stronger they were relentless, and I got hammered even finishing the camper trailer hook up on, and we ended up departing a day early and driving straight out to a rest stop with a million mozzies in our camper storage hatches.

I was disappointed, as we were looking forward to checking out the amazing rock pools and exploring more of the area, but that’s the way the cookie crumbles. Instead, we headed to Perlubie beach, which was magnificent (except I got majorly bogged!).

The mosquitoes were bearable the first day, but out of control the next morning

If you look on Wikicamps, you’ll see a heap of different places that you can camp at. There are plenty that are not listed on Wikicamps too, and basically anywhere that is clear and suitable, you can camp.

Our spot was literally at the end of the road to Point Brown, and then turning down a track to the beach, overlooking the entire bay. 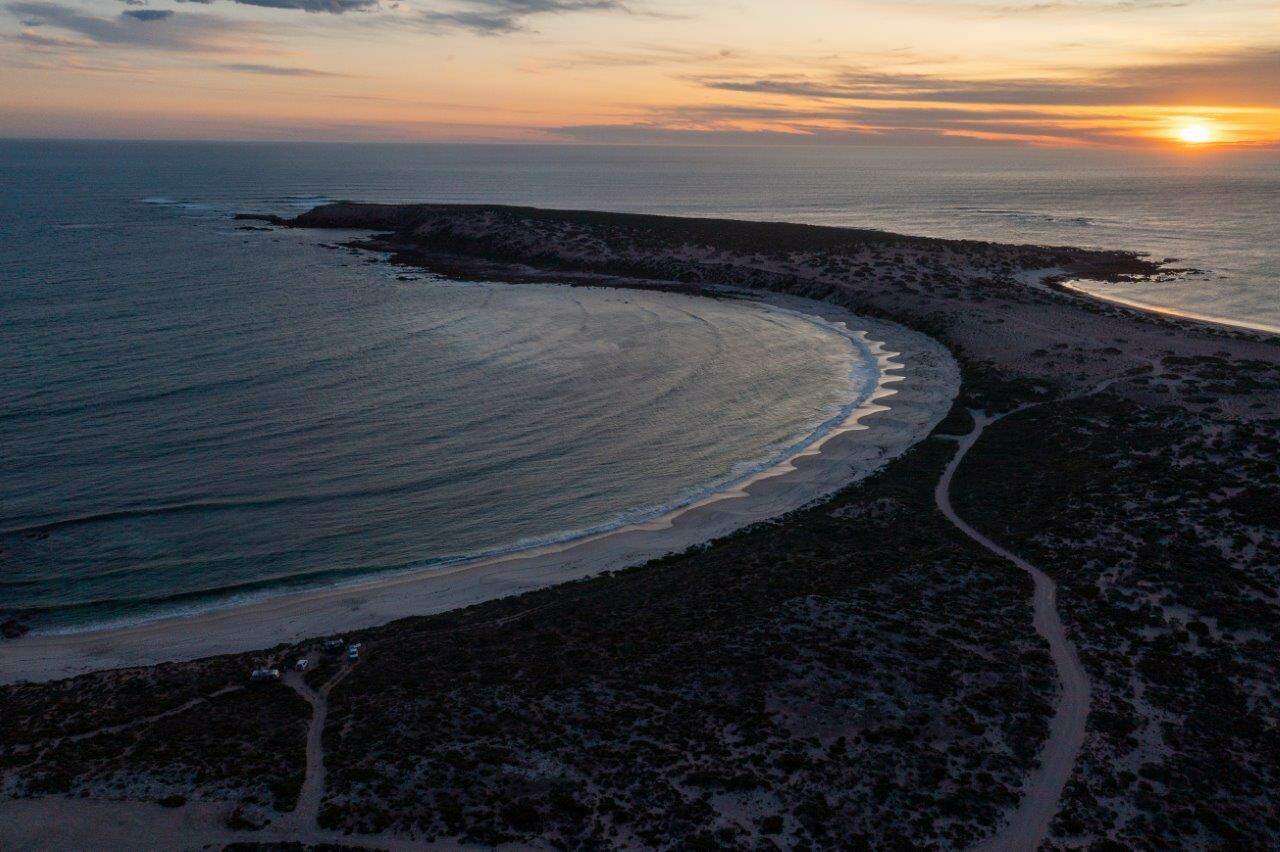 We drove around prior though, to the sites on the way in and didn’t find anything that suitable for our setup, and we headed out towards the end of Point Brown and St Mary Bay, but preferred the spot we’d found earlier on. 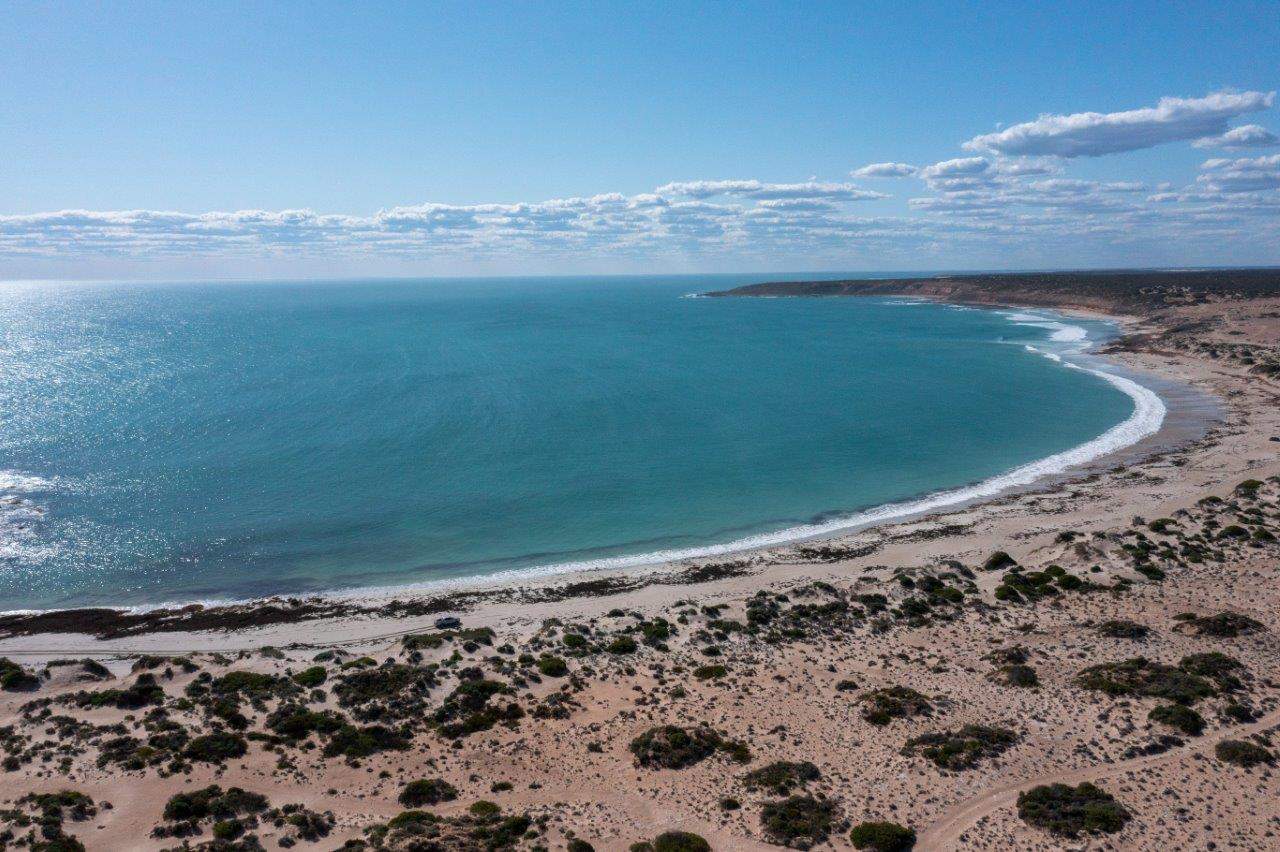 Looking out to St Mary Beach, where a few people were camped

Do the right thing and look after the place. We collected more shards of glass than I care to think about, and made sure it was pristine when we left. If everyone does this, it will stay open for all to enjoy.

Overall, Point Brown is a spectacular place, and a huge highlight for us along the Eyre Peninsula, with exception of the mosquitoes. If they weren’t around, it would be up there with the best camp so far in South Australia.

We’d come back, but I’d be far more cautious of where we camped, and move on if they were bad during the day!