We made a point of staying at a number of different camp sites in the Lincoln National Park, so we’d get a real feel for what it has to offer. After a few nights at Fisherman Point, and then one at Horse Rock, we headed out again to Engine Point for a night. We were all keen to see what it would be like, given the rain and wind that was blowing in. I had my fingers crossed for the point blocking a good chunk of the wind, but knew it might not be.

Some local knowledge had pointed us in the direction of the Engine Point South camp, which you get to by heading back along the coast from the main Engine Point Camp. When we arrived, it was raining, blowing and not overly pleasant, but we all remarked at how beautiful the camp site would be if it was good weather. 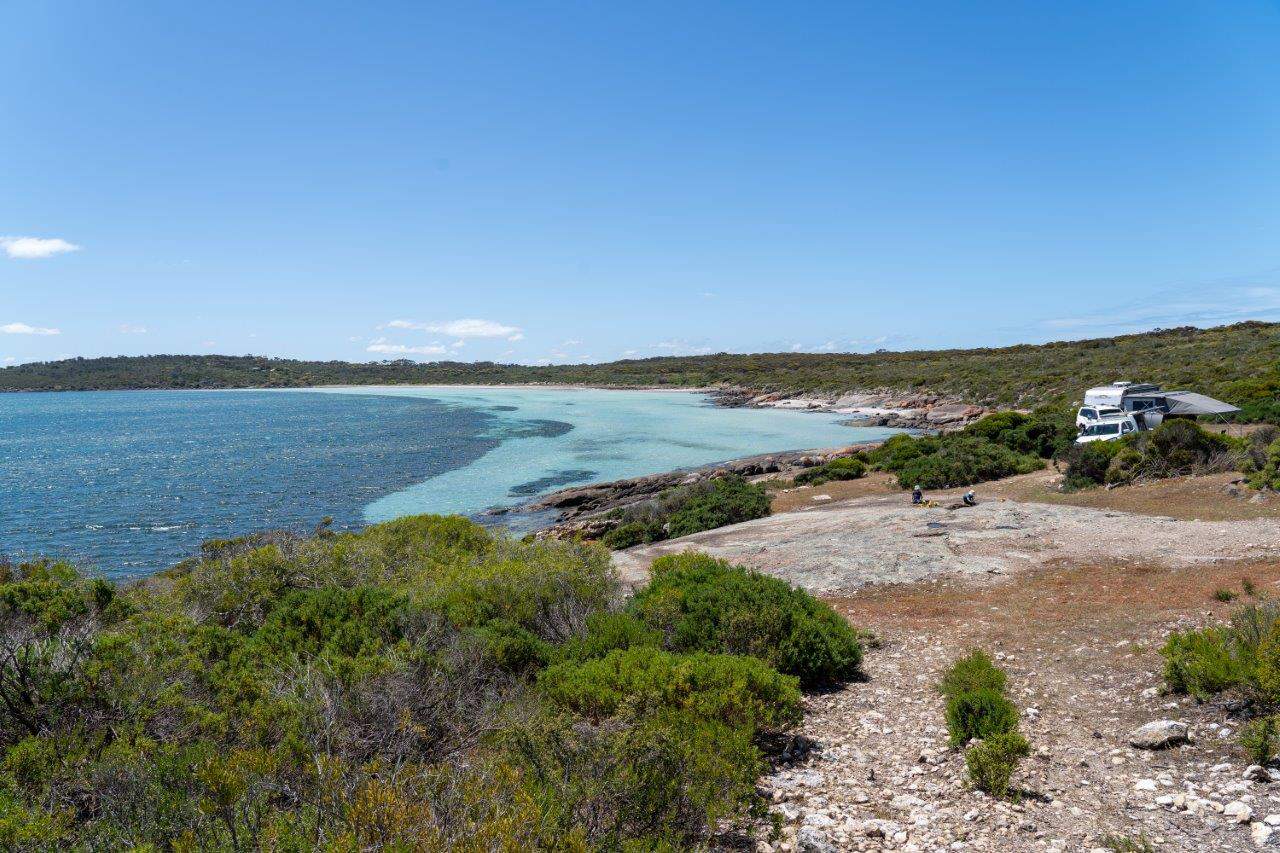 I was dreaming of this sort of weather upon arrival 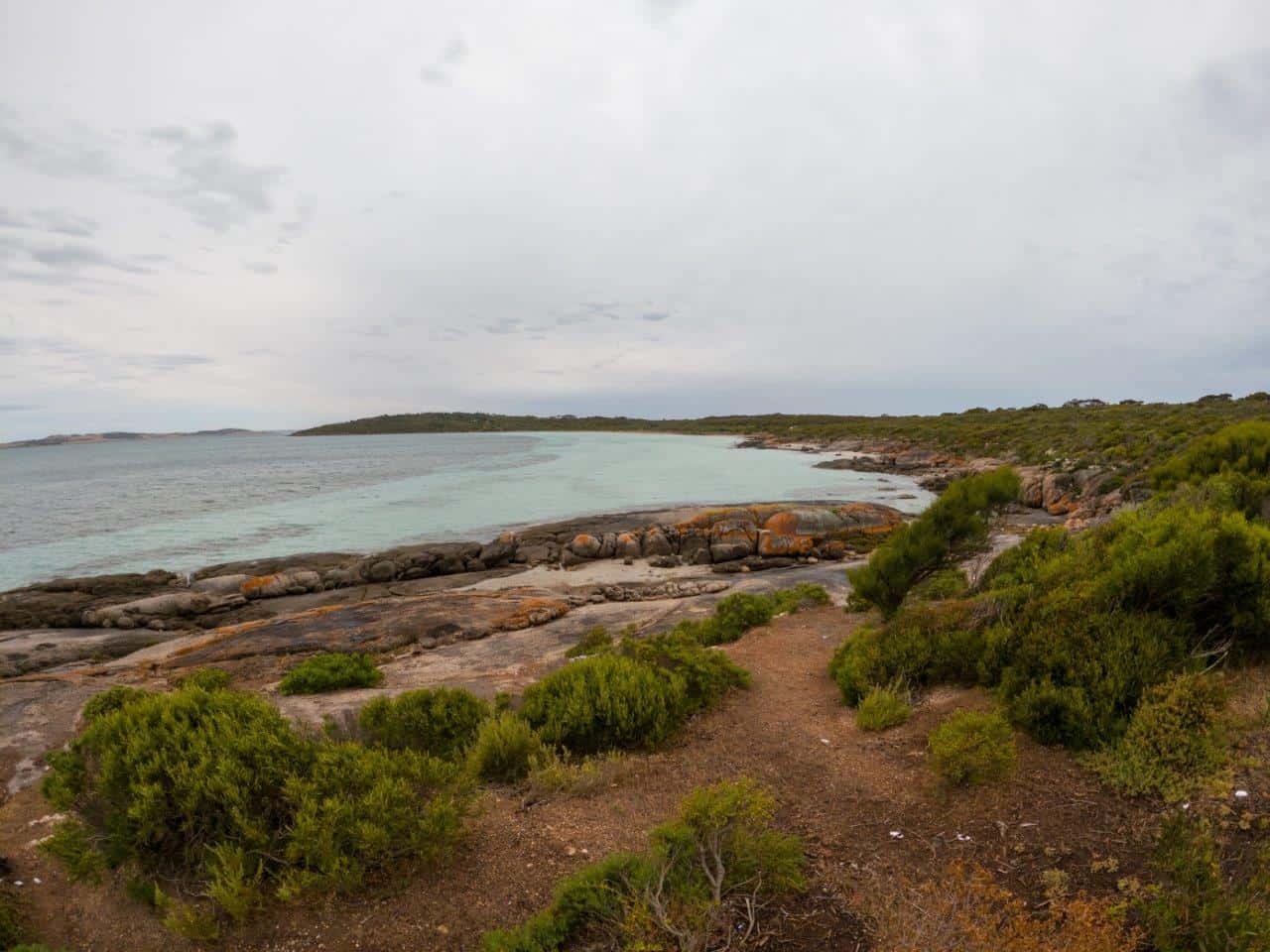 It was raining, overcast and blowing fairly hard when we arrived though!

Where is Engine Point?

According to Google, Engine Point is 40km away from Port Lincoln, and about 40 minutes drive. It’s only 2.4km away from Fisherman Point, and is spread along a fairly long part of the coastline. 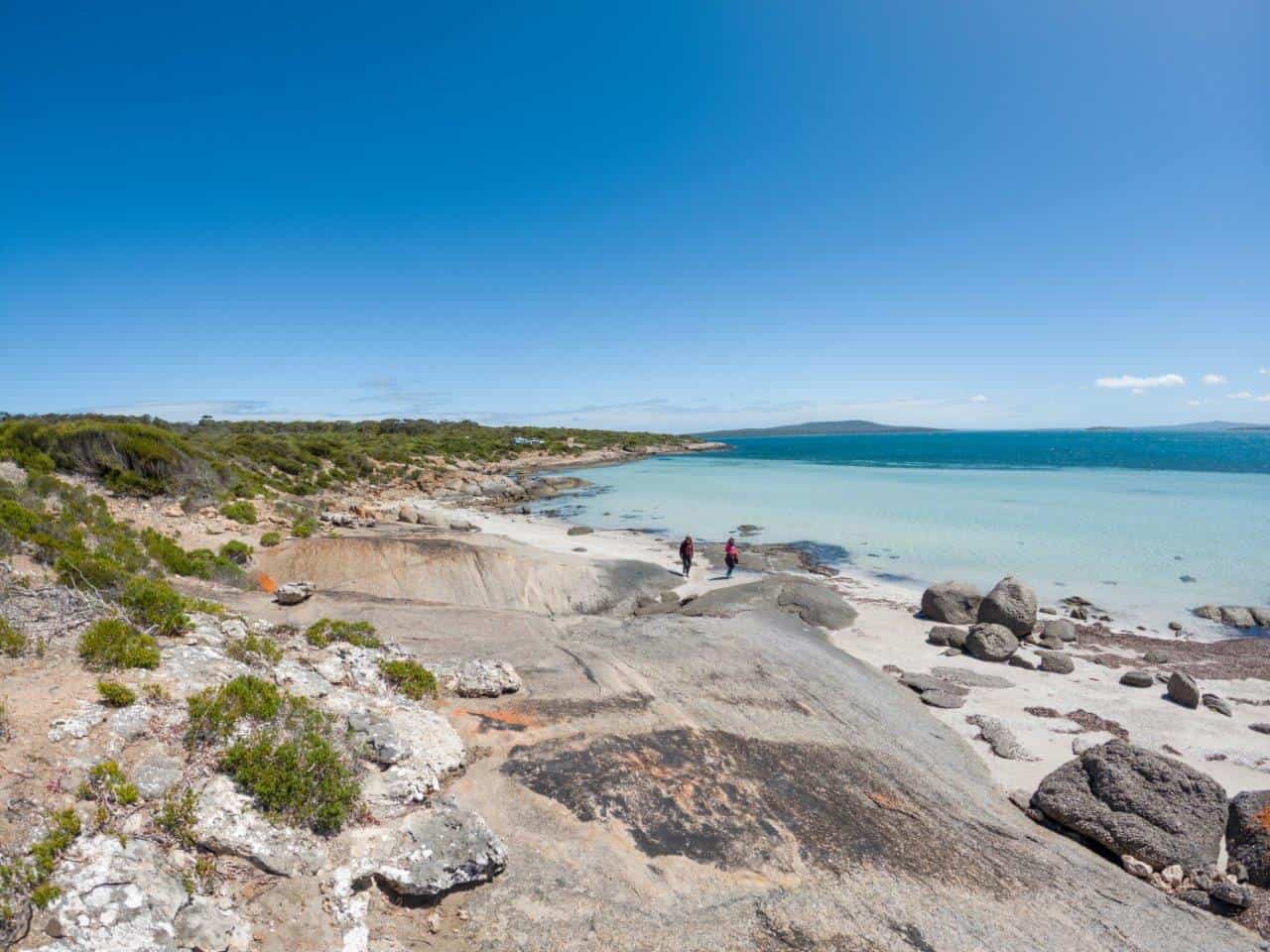 You can walk around the corner and see Fisherman Point 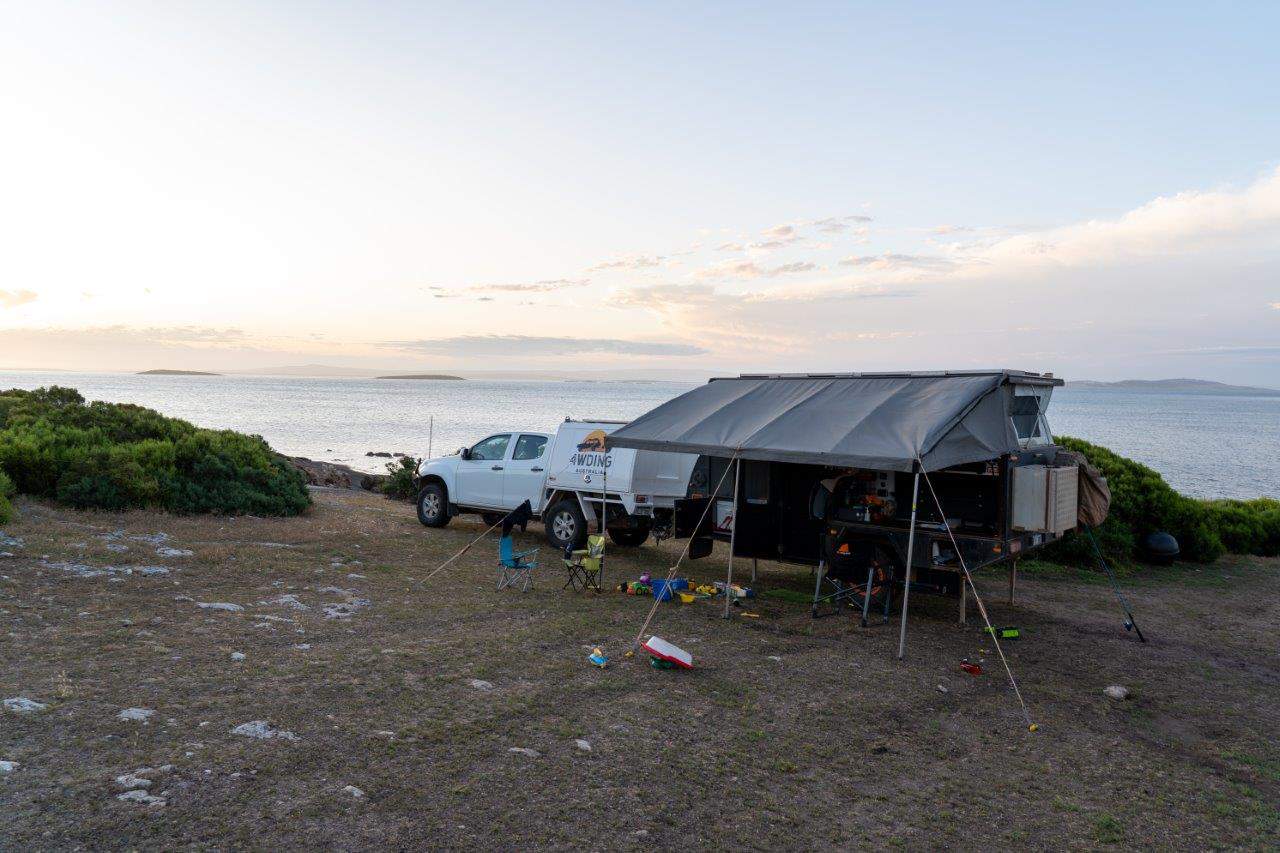 You can see Port Lincoln in the distance

There are zero amenities here, and that means you need to bring your own, and leave no trace. A chemical toilet should be mandatory, and you need to leave the place pristine, so when the next campers arrive there’s no evidence of you ever being there. 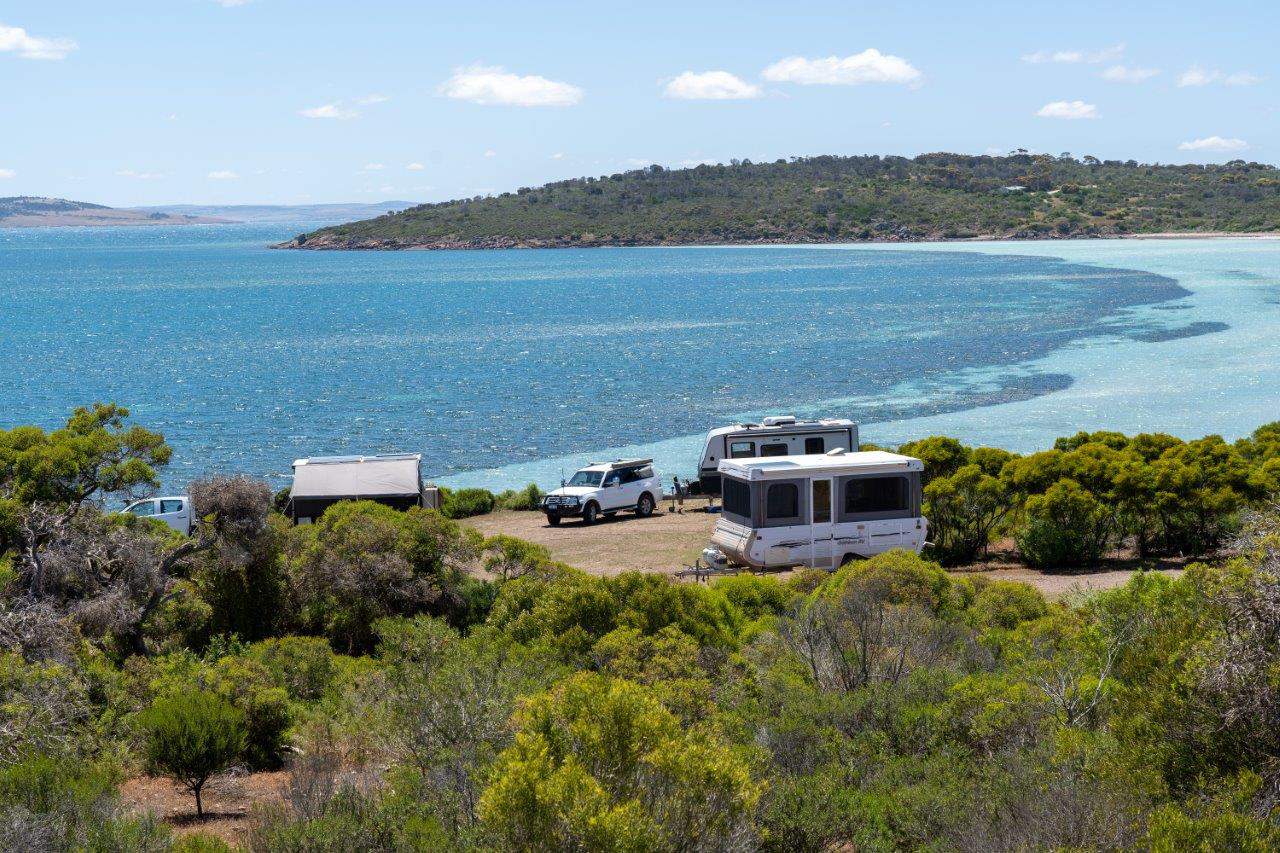 You need to bring your own amenities to Engine Point

It’s a beautiful spot; lets keep it that way

The whole of the Lincoln National Park (except the 4WD tracks) is pretty well maintained, and you’d get a 2WD around fairly easily. There are some pot holes, and you’d want to take your time, but I’ve seen National Parks with a lot worse roads.

When it comes to getting into Engine Point, you’d get a 2WD vehicle in, but heading to the camp sites away from the centre might require a bit more traction or clearance.

We managed to get our folks van into the Engine Point South without too many issues, with the track just wide enough but the shrubs nice and low, and fairly soft anyway. 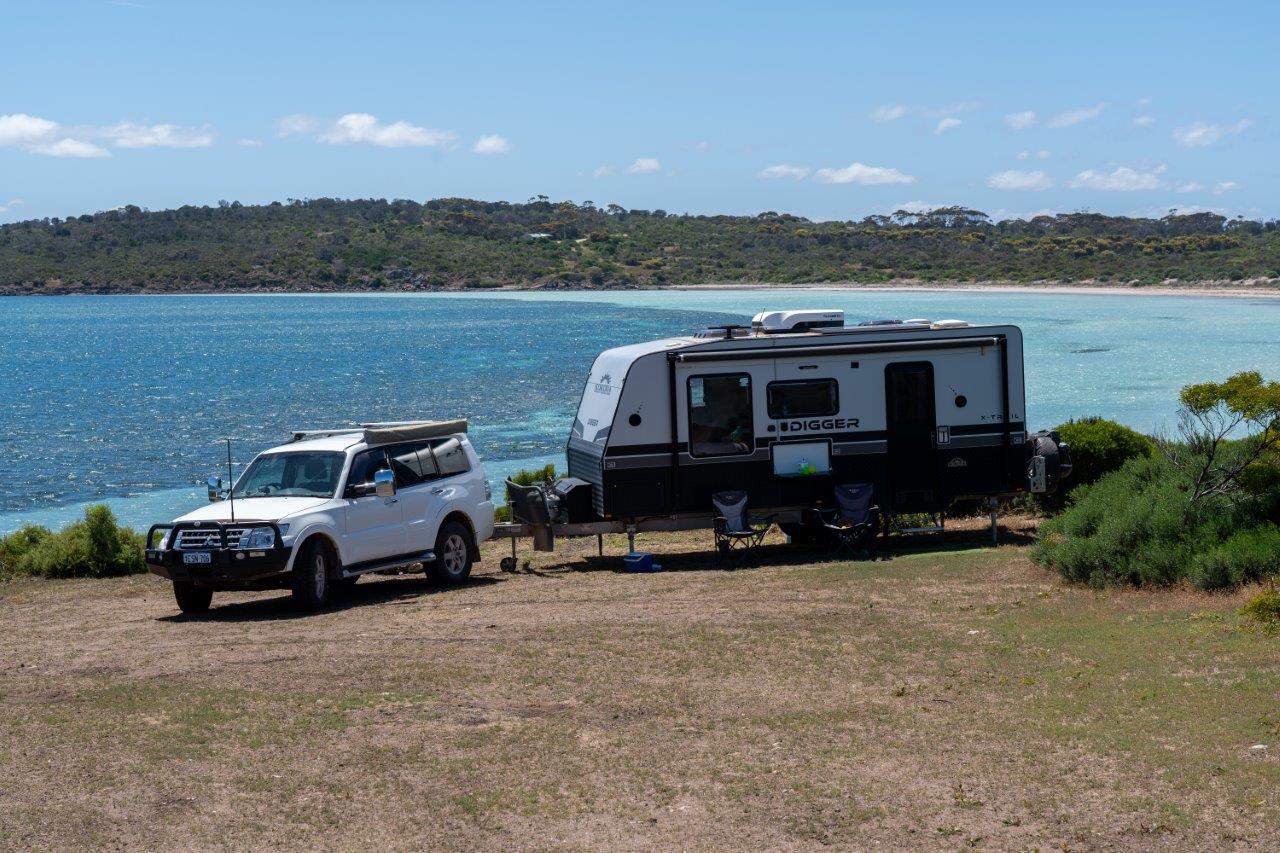 My folks got their van in without too much hassle

What does it cost to stay, and how do you book?

Camping at Engine Point is $13.50 per vehicle, and must be booked online. It’s important to know that these sites are unallocated though, and whilst they cap it at 49 visitors to this particular camp site, you have no guarantee of any site. You are guaranteed a site, but where in the camp ground depends on who gets there before you!

Given that many of the other camp sites are $20, or up to $36 for the big sites where you can have more people, its pretty decent value.

This is a really good value camp site

This is one of the better camp sites in the park

I can fairly confidently say that in terms of easy to access camp grounds in the Lincoln National Park, Engine Point South is one of the best that exists. The site we had was somewhat grassy, with great access to rocks straight into the water, and a pristine little beach around the corner. You are exposed a bit to the north, north west and west winds, but pick your weather and its a truly magic spot.

I was shocked to see how stunning it became when the sun came out, having arrived with such average weather! Given its cheap, easy to get to and nice and private, we give it a massive tick of approval 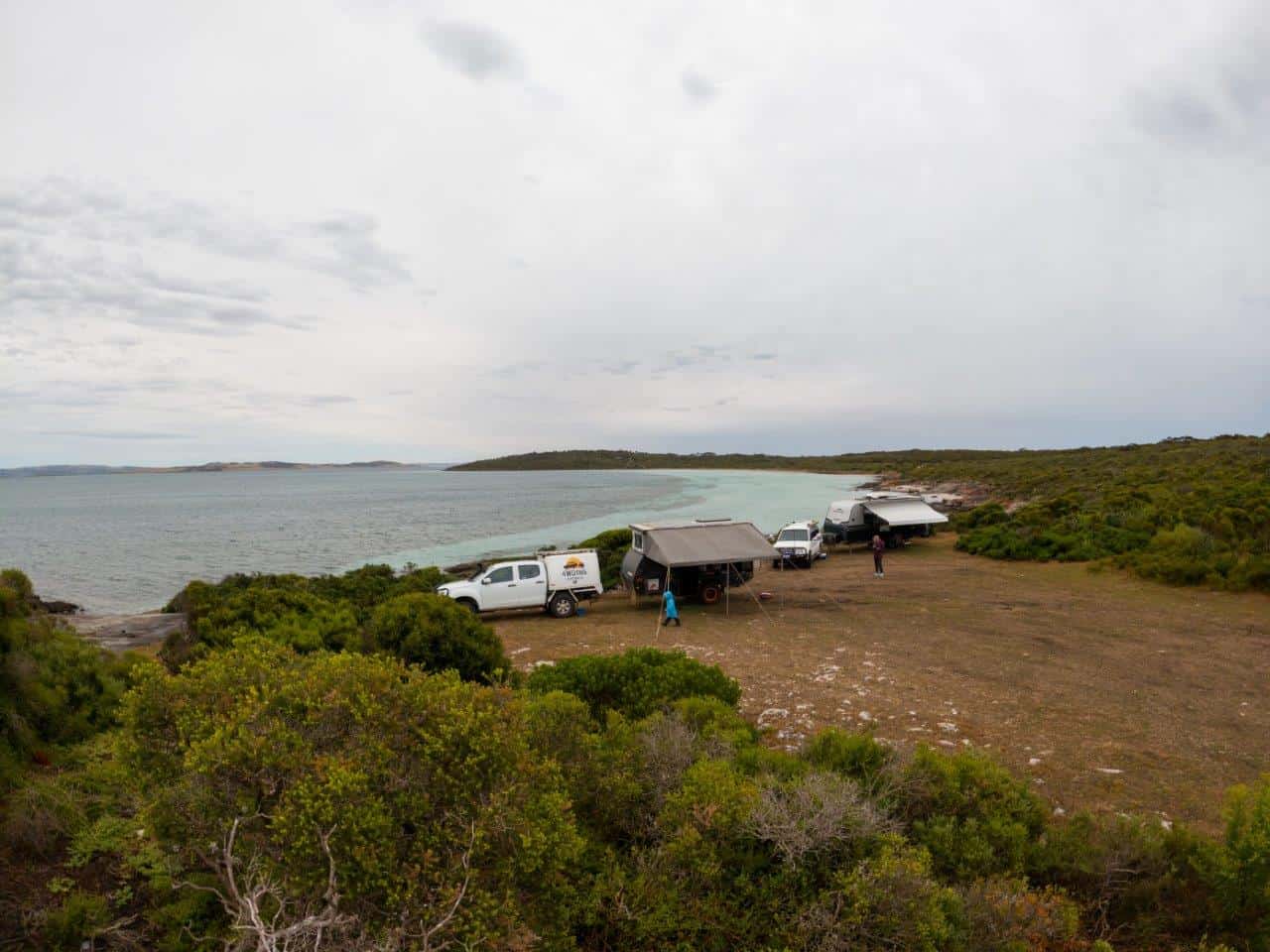 Engine Point South when we arrived

The sun makes all the difference