When it comes to communication in remote places in a portable form, you can’t go past a satellite phone. Before our lap of Australia, I spent a ridiculous amount of time looking at Satellite phones, satellite sleeves and PLB’s, and eventually settled on an Iridium 9555 phone on a plan with Pivotel. In this post, I want to share our Iridium 9555 review, to help you make a decision as to whether its worth getting. 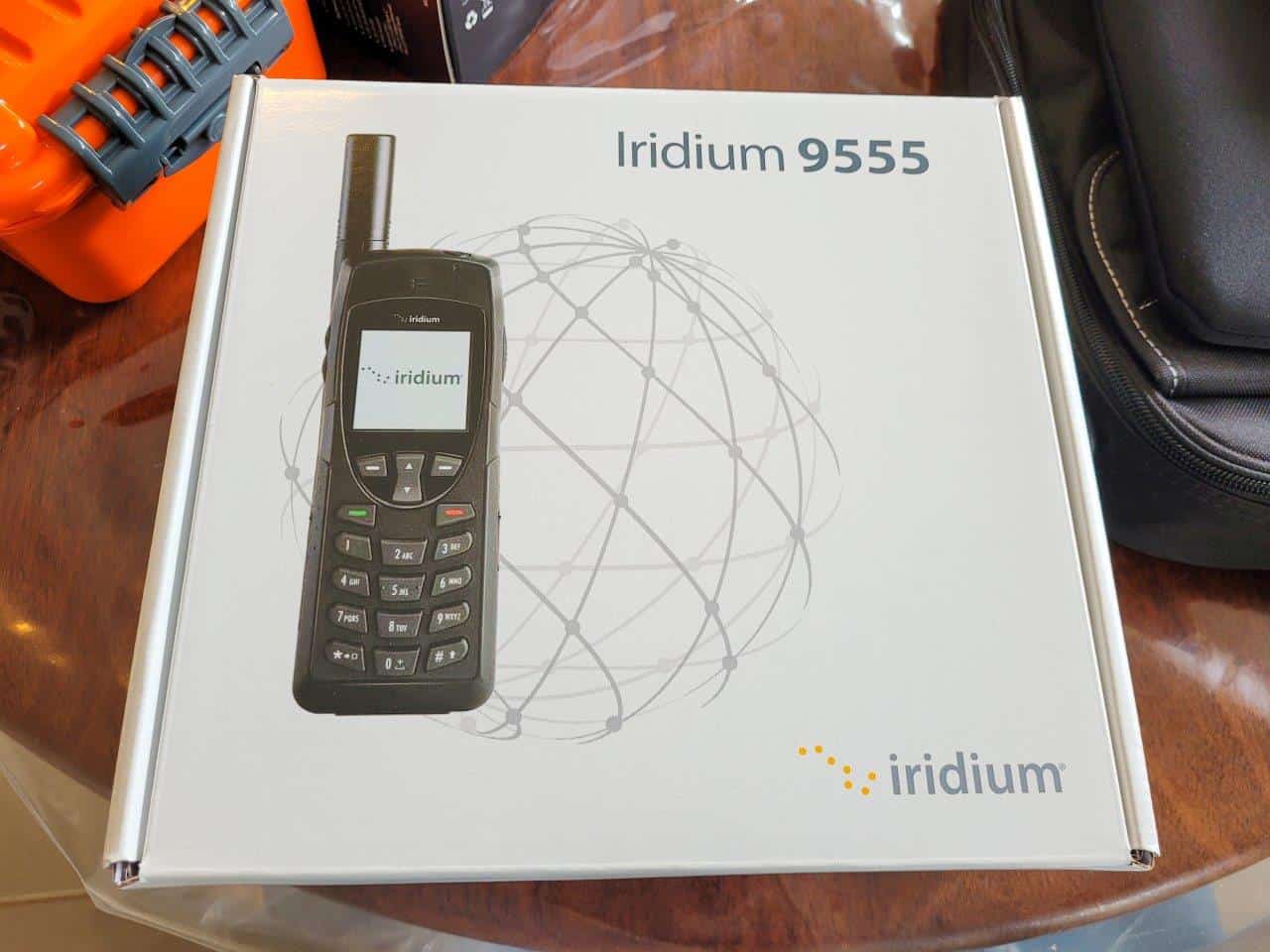 We now carry an Iridium 9555 satellite phone around

When you pick the Iridium 9555 up, its hard not to feel like you’ve stepped back into the 80’s, with mobile phones that resembled a brick. In fact, when you use it, the phone is almost the same with its display, keys and everything in between. That is however, until you stop and remember that this will connect to satellites in the sky, thousands of kilometres away, and give you phone reception anywhere in the world.

The Iridium 9555 is the cheapest Iridium satellite phone on the market now (unless you go second hand) and is a no frills satellite phone that is easy to use. I found the speaker incredibly loud, and it always finds reception within a matter of seconds when you turn it on. The phone itself works perfectly fine, and whilst we didn’t buy it to spend hours talking on, it gives us great peace of mind when we are travelling remote.

The fact that it is on the Iridium network is its biggest positive, with this being the most reliable connection anywhere. I seriously looked at Thuraya, which is substantially cheaper in outright cost, and in plan cost, but eventually ruled them out because of the chance of not having reception in the south east of Australia. I figured if you are going to spend thousands of dollars and then risk not having reception when you really need it, what’s the point? 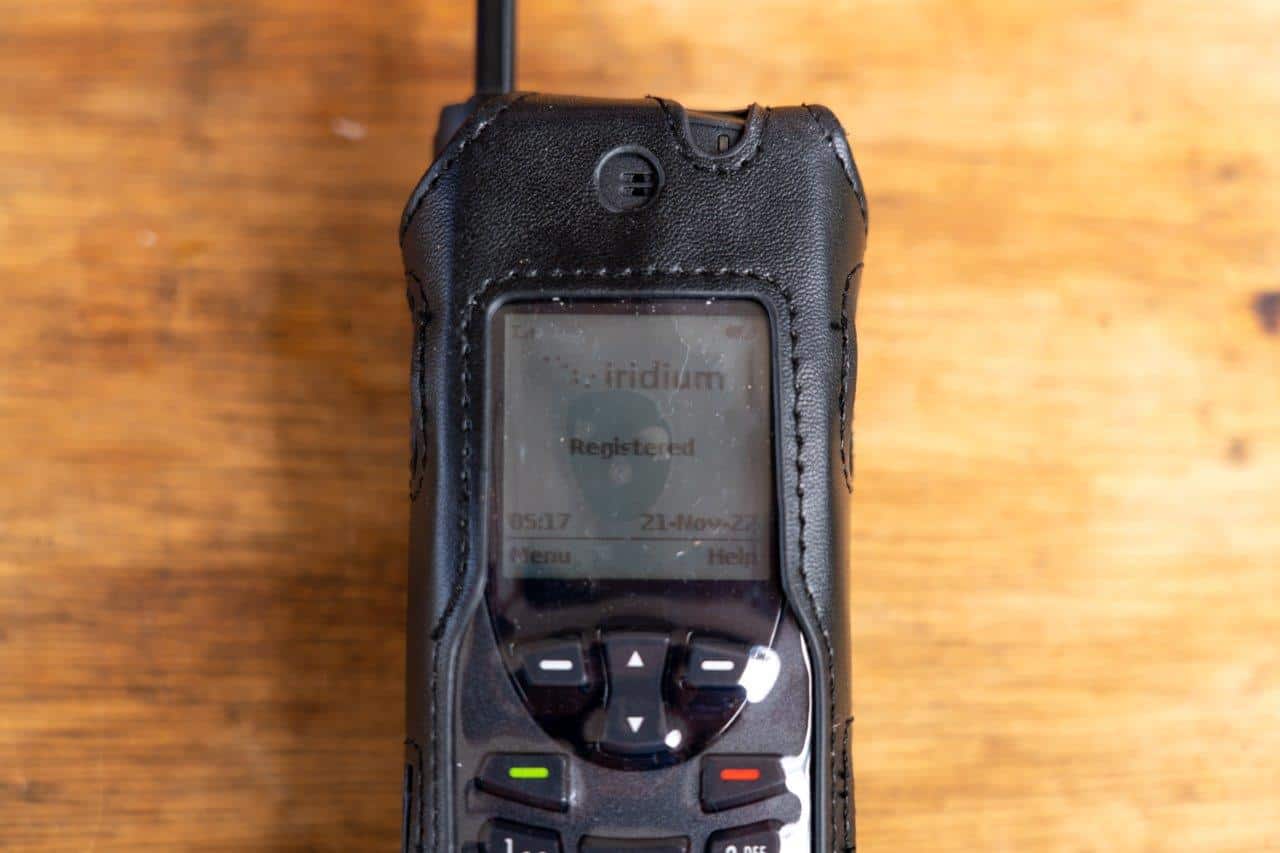 These are not waterproof, or dust proof, unlike the 9557 which is marginally more expensive. In the scheme of things I don’t really care; it lives in a nice, clean case and has its own sleeve to protect the phone. We don’t need it to be sealed and suitable, so it really didn’t matter.

The major downside of the Iridium 9555 is its price. When you can buy a Thuraya Satellite phone for nearly half the price, it’s a hard pill to swallow.

Other than that, we’re really happy with the Iridium 9555.

What does it come with?

When we got our Iridium 9555, I almost expected it to come with a charger, and that’s about it. In actual fact, it comes with a charger to suit any country that you live in, along with a 12V one, an earpiece, protective sleeve for the phone and we also got a space case (but that’s not part of the Iridium product, and is done mainly by resellers. 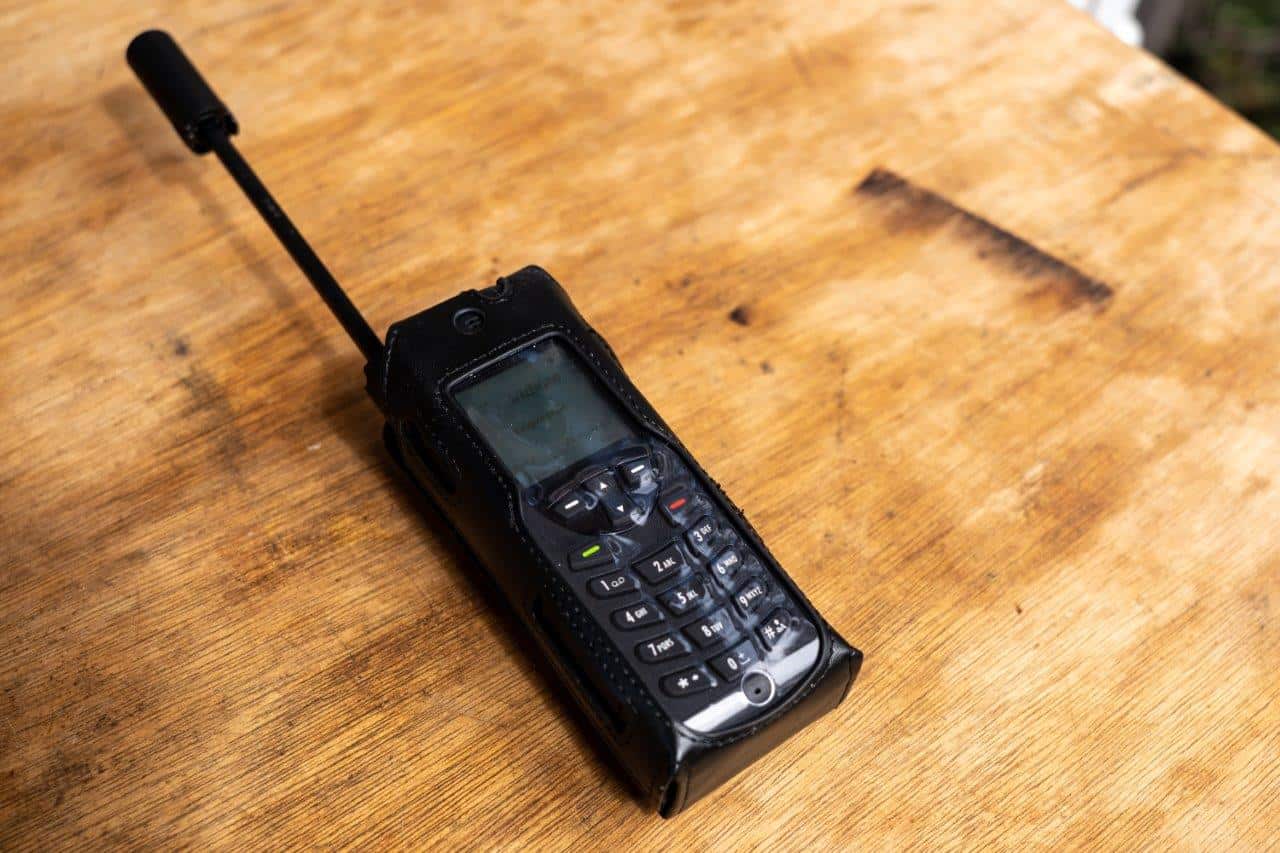 It comes with a few accessories, including a protective case

What Iridium plan are we on?

I signed up to Pivotel on their cheapest plan. I wasn’t too interested in any credit, as you only really need these when things are badly wrong (and then you don’t care how much it costs!), and Pivotel had awesome reviews.

Initially the cost was $50 a month, which was hard enough to swallow (but what price do you put on safety and peace of mind?!), but they’ve just increased it to $65 a month, which hurts even more.

Get a space case

As much as I hate spending extra money on already expensive products, it makes sense every day of the week. I spent a chunk of money on a space case dedicated for our Mavic 2 Pro drone, and I’ve been so grateful for it ever since.

I opted for a space case for our satellite phone too, knowing that it would get treated too roughly to be out on its own, and its been a good decision. The satellite phone lives in the back of the car with the kids, and they can literally stand on the space case and knock it around without any concerns from me.

I keep our hard drives in another space case, and ultimately when you have something expensive that can be damaged easily, you are mad if you don’t get a space case for it. This seems to be dust proof, and is probably waterproof to an extent, but the phone is always pristine when we pull it out and we’re greatly appreciative of it. 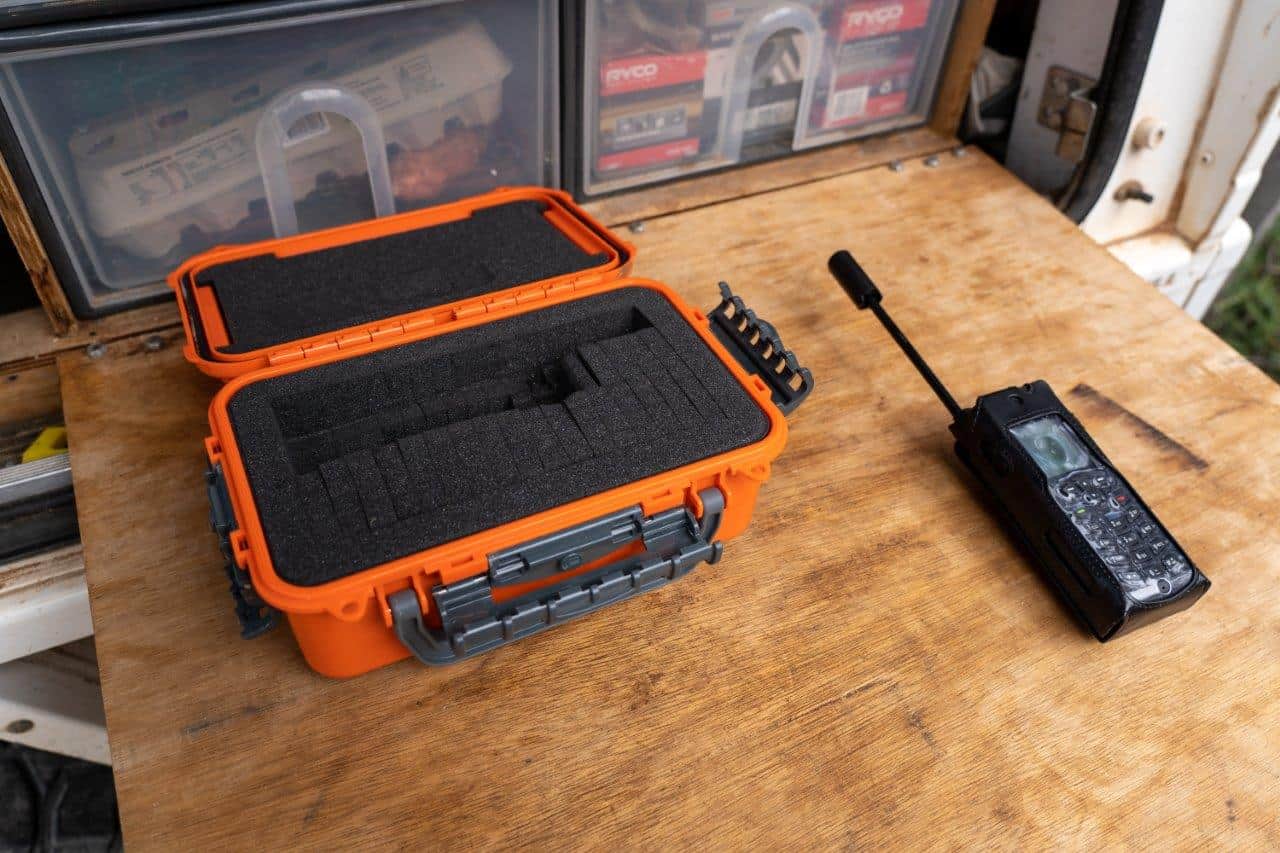 You’re mad not having one of these in a water, dust and drop proof space case

A big shout out to Client SAT

The satellite phone market is huge, and up until recently was completely unfamiliar to me. As mentioned above, I spent a huge amount of time researching, ringing and reading about different options, and had a couple of dealings with Client SAT.

When I finally decided what I wanted to buy, I rang them with the best price Iridium 9555 satellite phone that I could find online, and they smashed the price, threw in a space case and delivered it with a new phone plan all set up, and were legends in general to deal with. No, we are not sponsored by them, and haven’t received any kick backs (and never will). They just served us well, and that deserves a shout out.

How many times have we used the Iridium 9555?

After about 3 months on the road, we’ve only used the Iridium satellite phone a tiny handful of times. Once was to test it worked, once was for a relative to receive an important phone call when we were down on the Wanna to Sleaford 4WD track, a few times to send texts to those travelling with us, and a few times to pass on updated track conditions, or explain where we were.

Ultimately, I hope it stays in its space case and hardly sees the light of day, but we are able to contact anyone easily, and if they ring our satellite phone number its a normal mobile charge for them, which is pretty amazing. 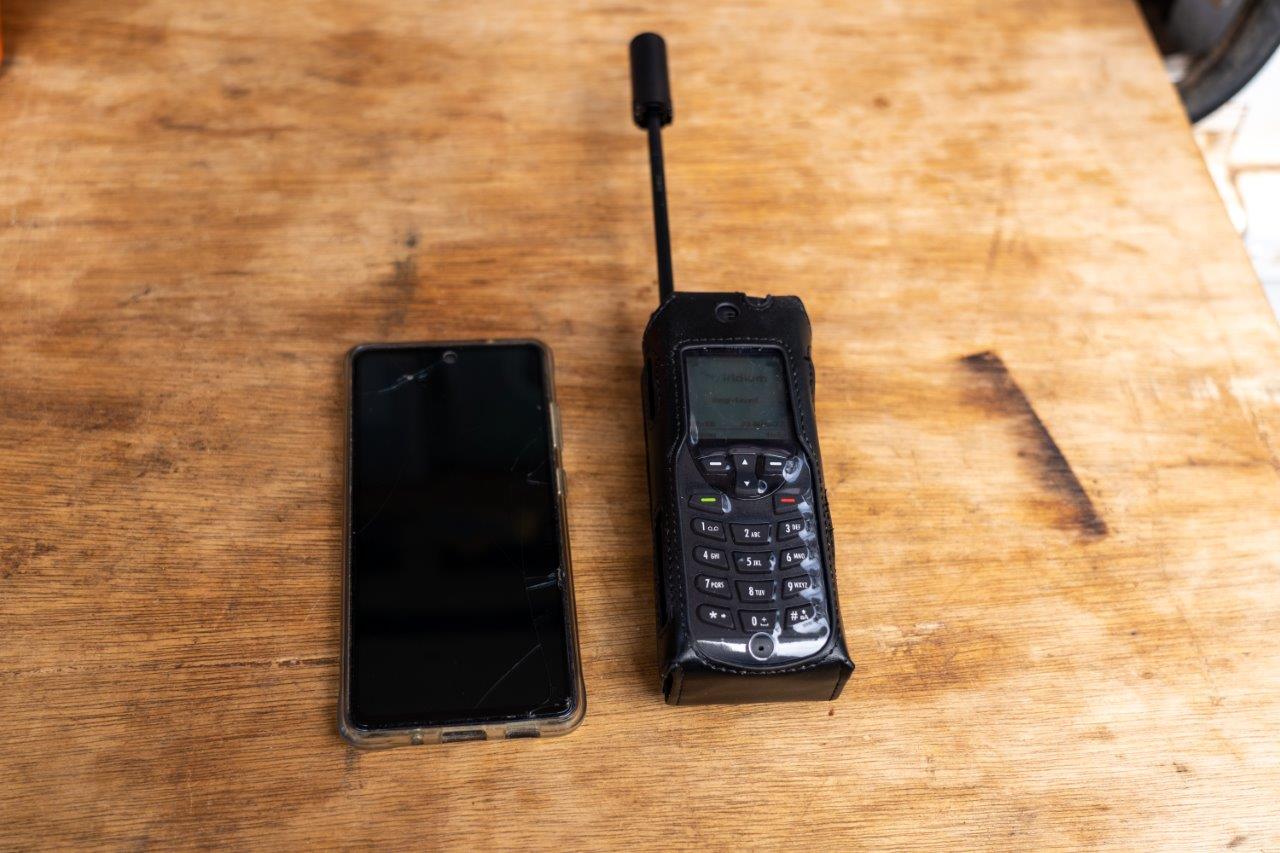