How to travel long distances in a car with young kids

Possibly the most difficult thing about travelling long term with young kids begins every time you strap them into the car for a drive. Whether it’s a short 30 minute drive to a beach, or it’s a 6 hour drive to jump to a new camp site, travelling in a vehicle can be a huge frustration for both your kids, and you as the parents.

In today’s post, we take a look at some of the practices we’ve picked up over the years that will take your travelling days from wanting to head home to bearable, and even enjoyable for the most part. 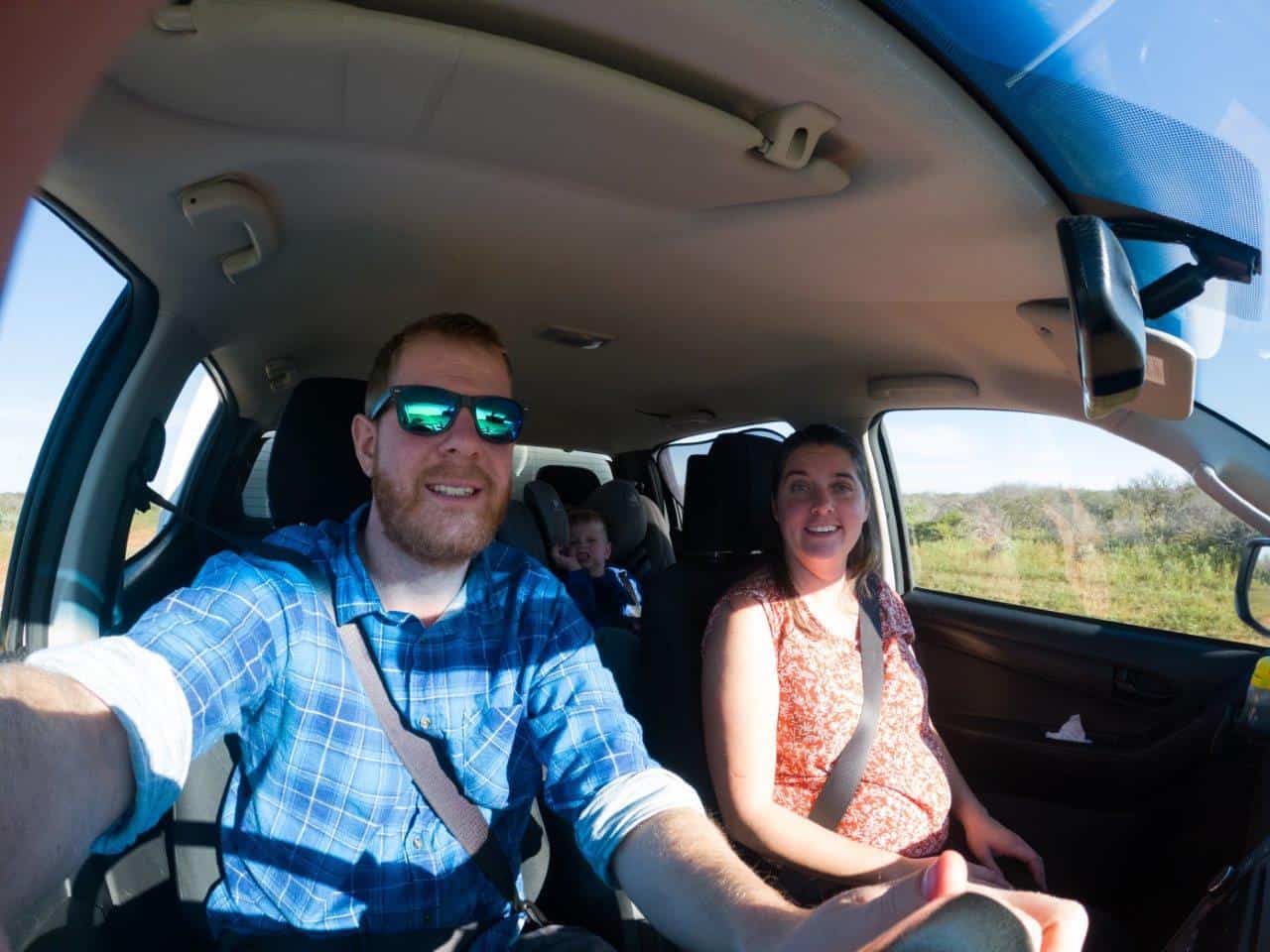 Long distances in the car can be difficult with young kids

To give you some insight, we have a 5 year old and 3 year old boy, and they’ve been travelling long distances with us right from a couple of weeks old through to now. We did 3 months in a camper trailer with an 18 month old, covering about 15,000km in 2018, and we’ve done plenty of 2, 3 and 6 week trips where we’ve covered a lot of ground. In fact, we just did 6 weeks in northern WA with both kids and had a ball.

So, how do you stay sane in the car with kids? Honestly, sometimes you don’t, but these definitely help!

You’ll eventually work out what sort of time frame is most suitable to drive, and to stop for. Taking regular, good quality breaks is hugely important for long distance travel. These days we generally do 2 or 3 hours at a time, and stop for about 20 – 30 minutes near a playground if possible, to let the kids run around.

We’d rather stop for longer less often, and the kids seem to like this as well. Stopping more often for shorter breaks is more challenging and less effective. 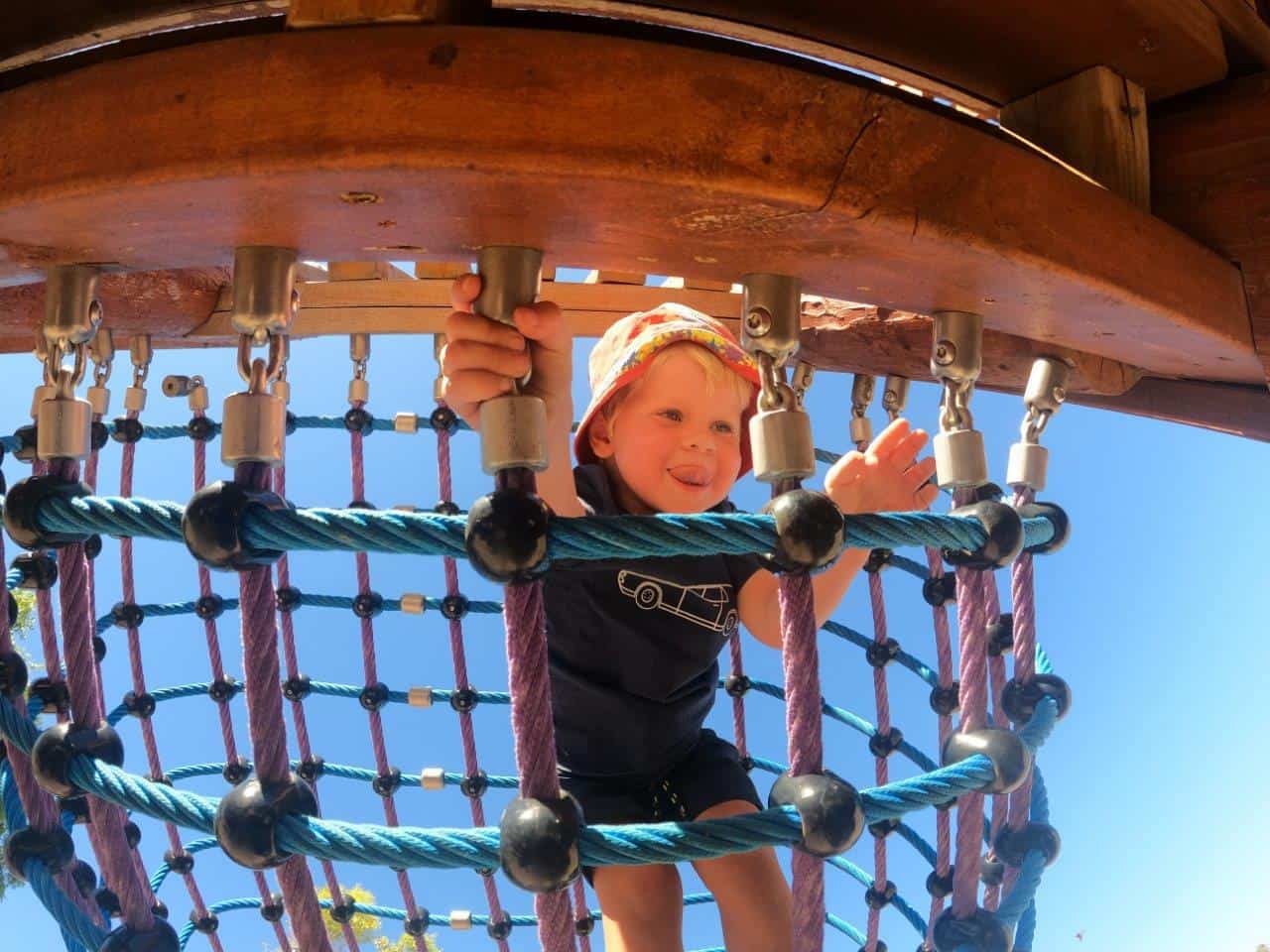 Our kids normally eat fairly well, but when it comes to travelling in the car, they are forever asking for more food. You need to have a good variety and quantity of snacks that they’ll eat, or you’ll be begged and hassled every couple of minutes for the entire duration of the trip.

We do cereal, dried fruit, nuts, chips, blue berries and other bits and pieces, and try and give them as much variety as possible. Some days they’ll eat it with no complaints and other times a fight ensues.

For us, the easiest thing to do is to make up a little box of food, and when they ask hand it back. It will keep them occupied for some time, and if they don’t want anything in the box they’ll just leave it and hand it back.

There really is nothing more important in your vehicle than toys and gadgets that are going to keep your kids entertained. Even more important is how you make them accessible, and how they are shared out.

For us, we have a big, flexible box in between both kids and they can take toys out, and put them back when they are finished playing with them. We are looking at some seat organisers to make the items even easier to access, and use as needed.

Inevitably toys end up on the floor as well, in which case we just pick them up at the next stop, and repeat the process all over again.

Our two boys love to fight over who has what, so we set time frames that one person has something before they have to hand it over.

We also generally leave the car toys in the car (of course there are some exceptions), and play with other toys when camping, so we don’t lose them and they don’t get bored of them.

Toys and gadgets are essential for long trips

Make it a competition

One of the best ways for our two boys to behave is to make it a bit of a competition. We’ll ask them who can be the quietest for the longest (which is usually over very quickly), or who can see something outside first, or who can colour something in the best. We play Bingo for every motorbike seen, which is pretty rare when you are travelling away from the cities.

This does tend to make everything between them a bit of a competition though, so choose wisely, or you might start something you don’t want long term.

Occasionally we’ll get the kids to sing songs, or we’ll play them through the stereo. Typically only one wants to participate though, so its often better done individually through their tablets.

For long drives, we’ll often offer some sort of bribe if they behave for the trip. That could be an ice cream when we arrive, or a bike ride, or something else that they like.

If you travel without tablets, you are brave. Ours no longer come out for trips under 2 hours, but if we have a longer day planned we get the two mounts ready, and turn the tablets on for the kids to watch something that they like. We generally start with one educational video, and then move onto whatever they want to watch.

These are very, very rarely used outside of travel times, so we are fine with a decent chunk of screen time in the car.

Both of our boys dropped their day sleeps a long time ago, but will still fall asleep in the car particularly between 10AM and 3PM. At home it never happens, and at camp we don’t mind the occasional day sleep as it helps them catch up on lost sleep, and allows them to stay up a bit later at camp and experience more.

Oliver knows when he is tired, and is happy to have a sleep if we tell him its a long drive; close your eyes, and when you wake up we’ll nearly be there!

What to do when they fight

I’m sure we aren’t the only people to consider building a wall between our two kids, making it impossible for them to fight with each other. Oliver often annoys Cooper by putting his feet across onto him, and Cooper will respond by throwing the nearest toy that he can find directly at Oliver, which usually hits.

Of course, we do the usual telling off, or take toys off them, or we threaten longer before they can have their screen time. Sometimes they’ll miss out on their bikes when arriving at camp, or miss out on a treat in the car.

When you travel with a baby, asides from having to stop to change nappies and feed them its pretty easy. There’s a period up until they are about 2 and a half that is the hardest (in our opinion), and then it gets easier from there.

Our kids have always done long drives in the car, and will comfortably do 6 or 7 hours in a day now, with a few hours of screen time and one or two breaks in between.

If you are struggling to travel with young kids, know that its not unique, and everyone suffers the same issues. The real benefit though, is when they get out of the car and get to explore this amazing country! 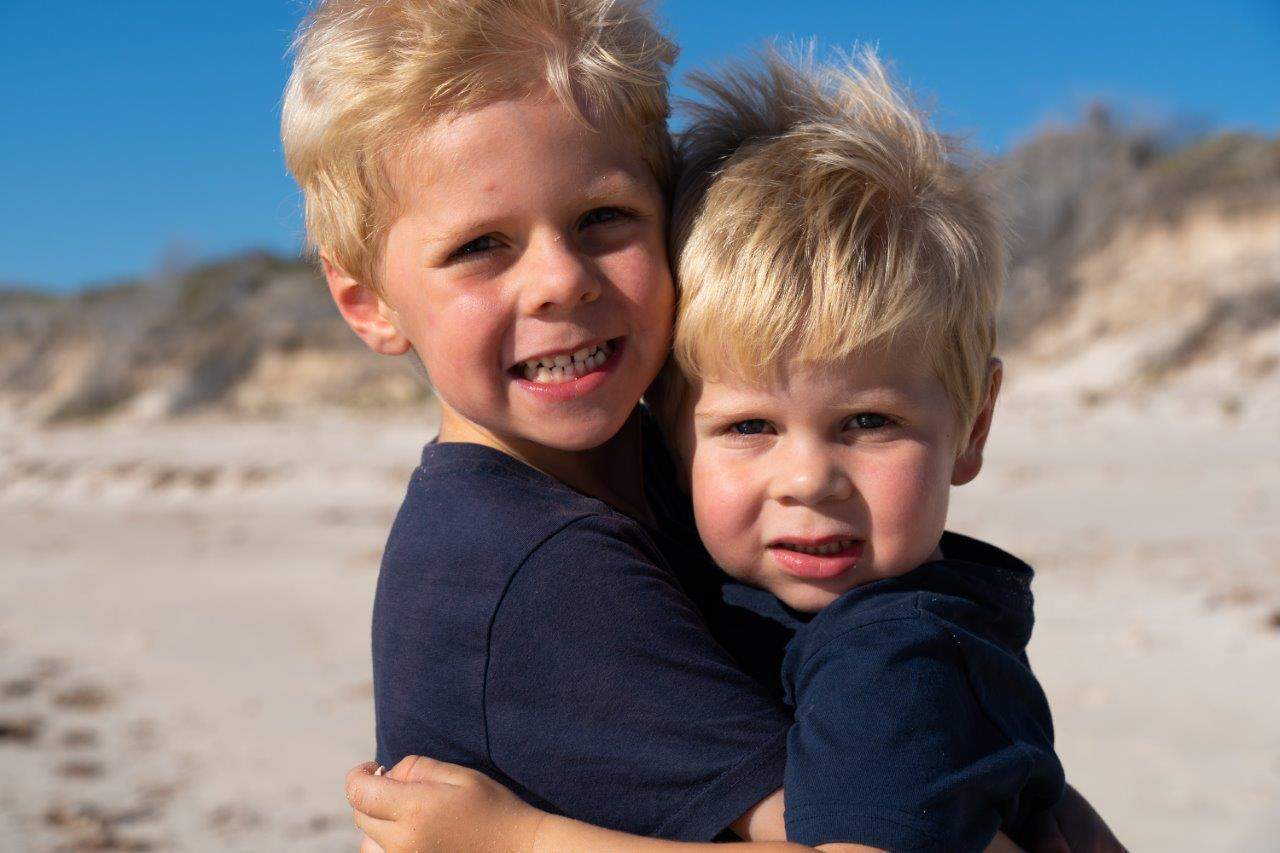 It’s not easy travelling with kids, but these moments make up it all worth it

Do you have any other tips for travelling with kids?