Our Bushranger Super Max Air Compressor is about 10 years old now, and its been used to pump up more tyres than I care to think about.

Today, its time to do a review on it, and make some comments about a secondary Bushranger Air Compressor that my Dad has also had for more than 10 years.

I’ll also make a couple of comments about two Bushranger Max Air III’s that good friends have had, and you’ll get the most balanced thoughts possible.

You absolutely need a 12V compressor if you are travelling Australia in a 4WD, and heading off the bitumen. You should be reducing tyre pressures for gravel driving, for a huge number of reasons. Here’s 6 reasons tyre pressures are critical in a 4WD.

Please know that all of these products were paid for with our own money, and nothing was gifted, sponsored or anything under the table like some travelling families like to do, and then rave about the product they are speaking of. 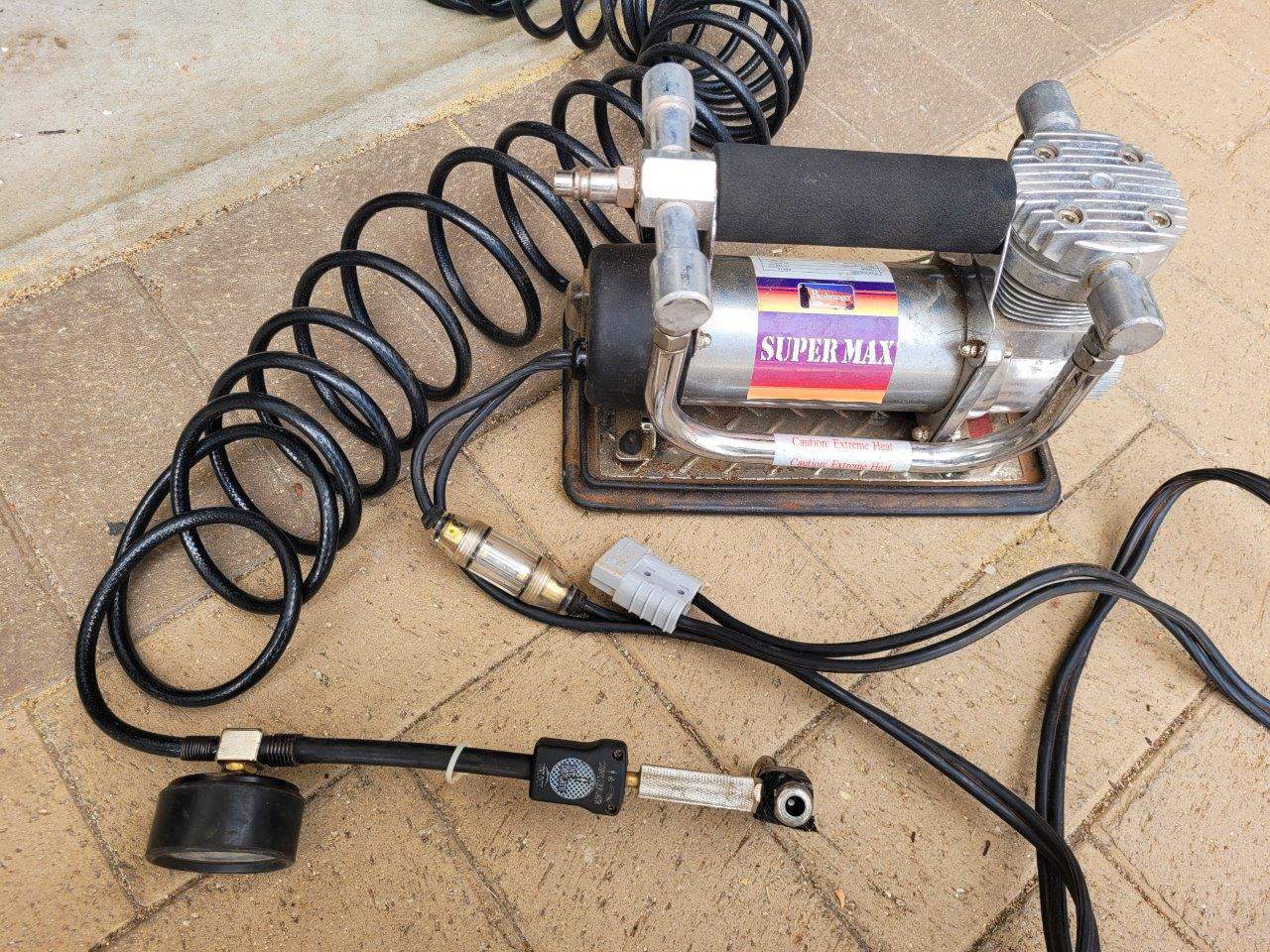 Our Bushranger Super Max Air Compressor has had a long, hard life

As mentioned above, our Bushranger Super Max has been used extensively for more than 10 years. You cant even buy them anymore today, but it cost $395 originally, and we’ve used up every cent of value from it. 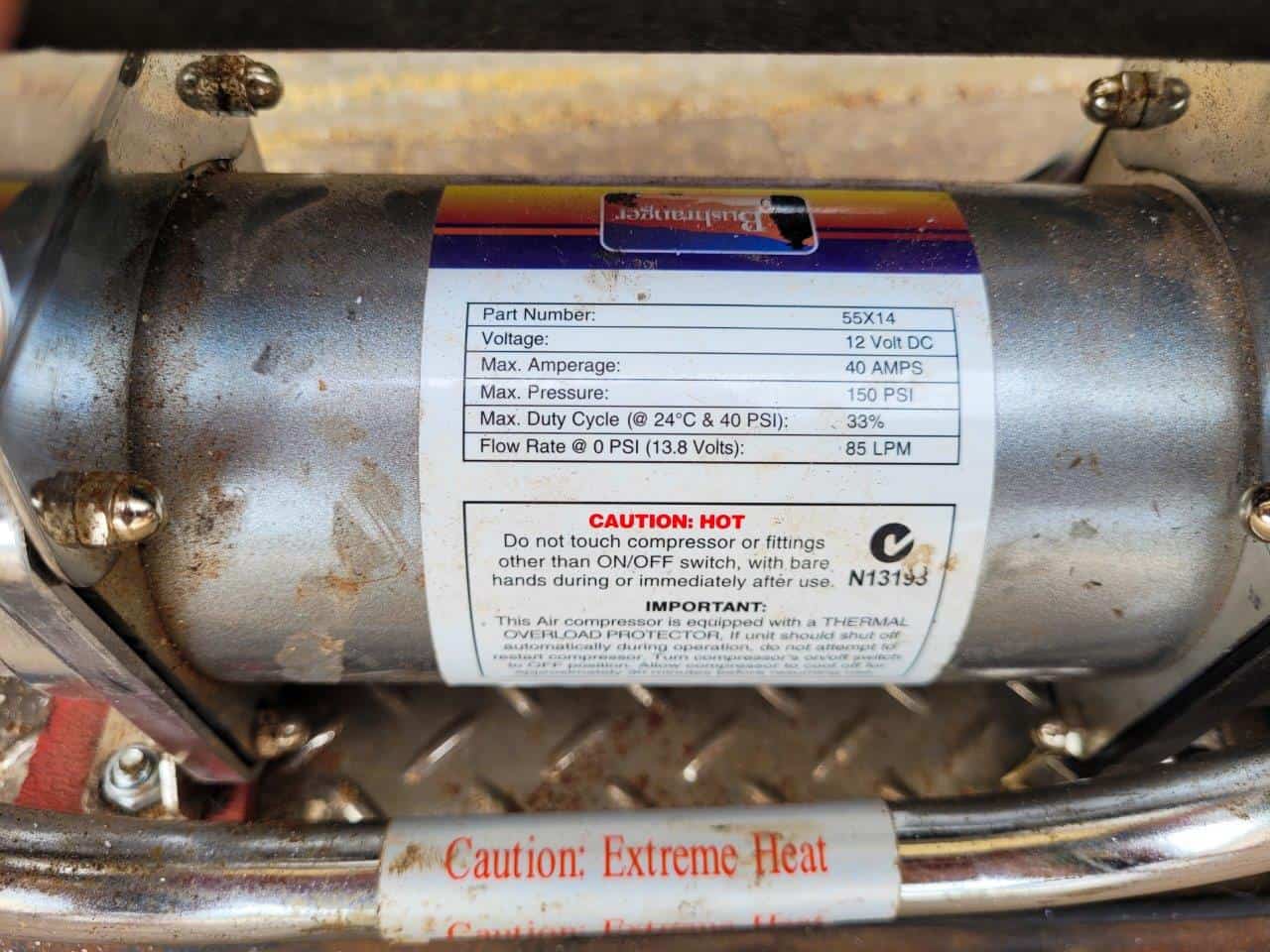 The specs on our Bushranger Super Max Air

I’ve done 4 tyres a huge number of times, often 6, and on the odd occasion 8 or even 10 tyres when other peoples compressors have failed (or taken forever!). It draws a fair chunk of power, but does it reliably, all the time, every time. 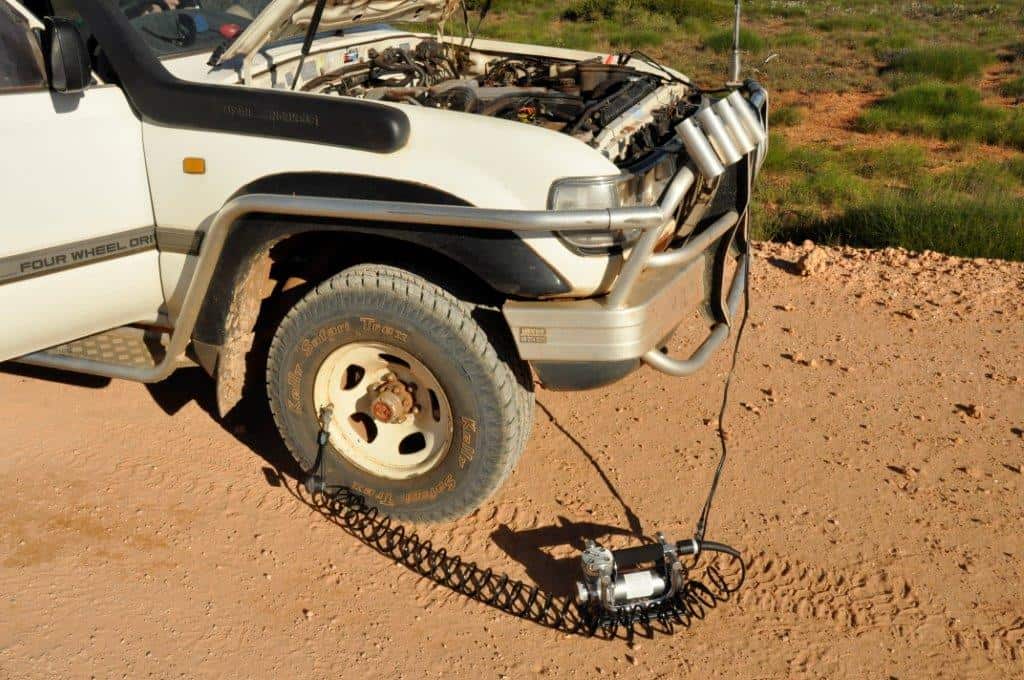 Airing up again, which has been done hundreds of times

We did have an issue after 4 years where the connection to the valve on the tyre wouldn’t hold anymore, and I sent Bushranger an email about it.

They promptly sent out a brand new, complete hose connection (instead of just the clip at the end) which lasted another 5 odd years before also wearing out and becoming loose. That reminds me; I need to get another fitting as you have to hold it in place, which is annoying. 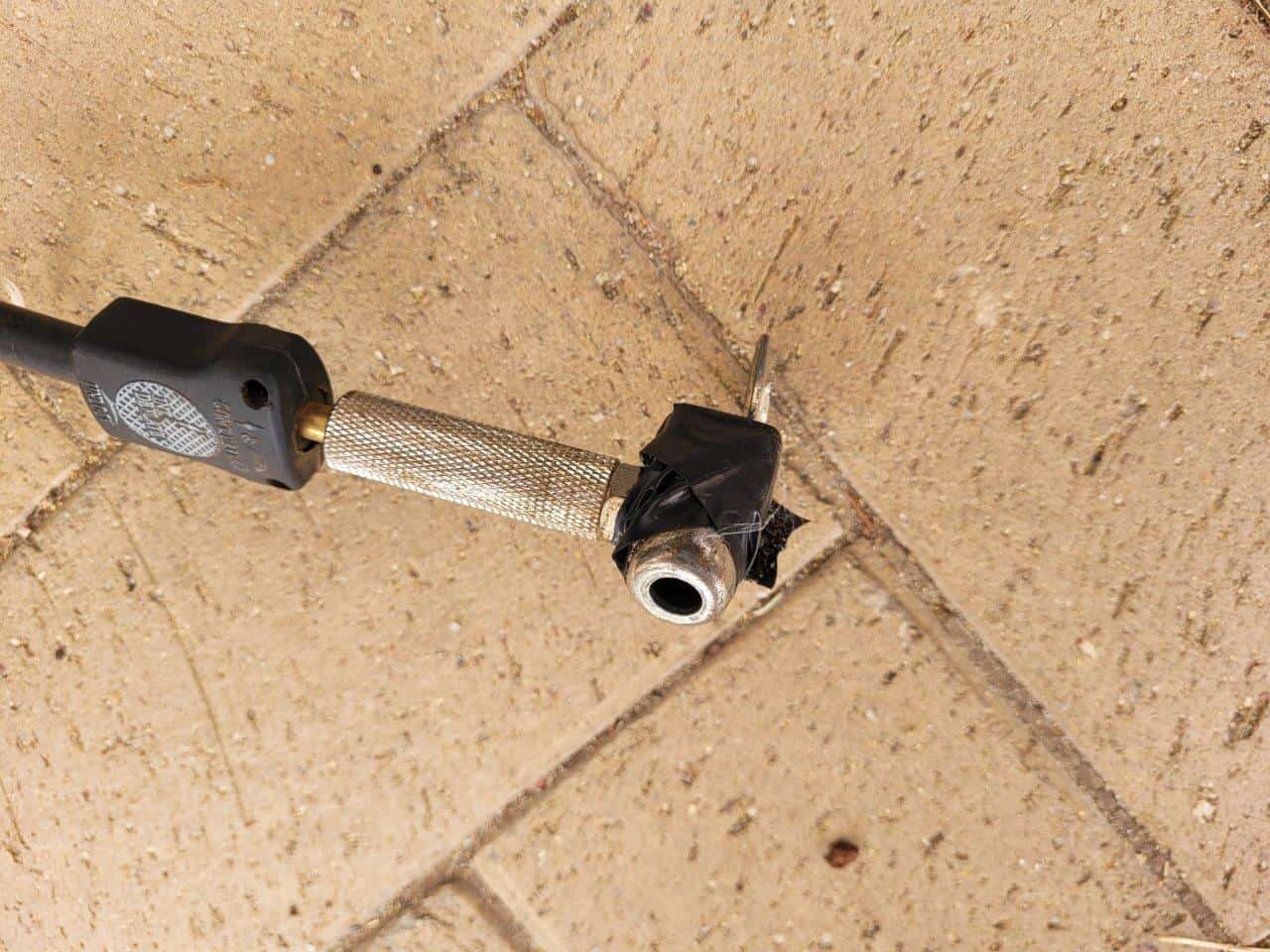 EDIT – Once again, a quick email to Bushranger and they are sending out another chuck, free of charge, without any proof of purchasing and despite the compressor being about 10 years old. That’s service for you!

The only other issue we’ve had with the compressor has been a couple of blown fuses, which I suspect is just wear and tear (and once I didn’t screw it in tight enough and it blew again). 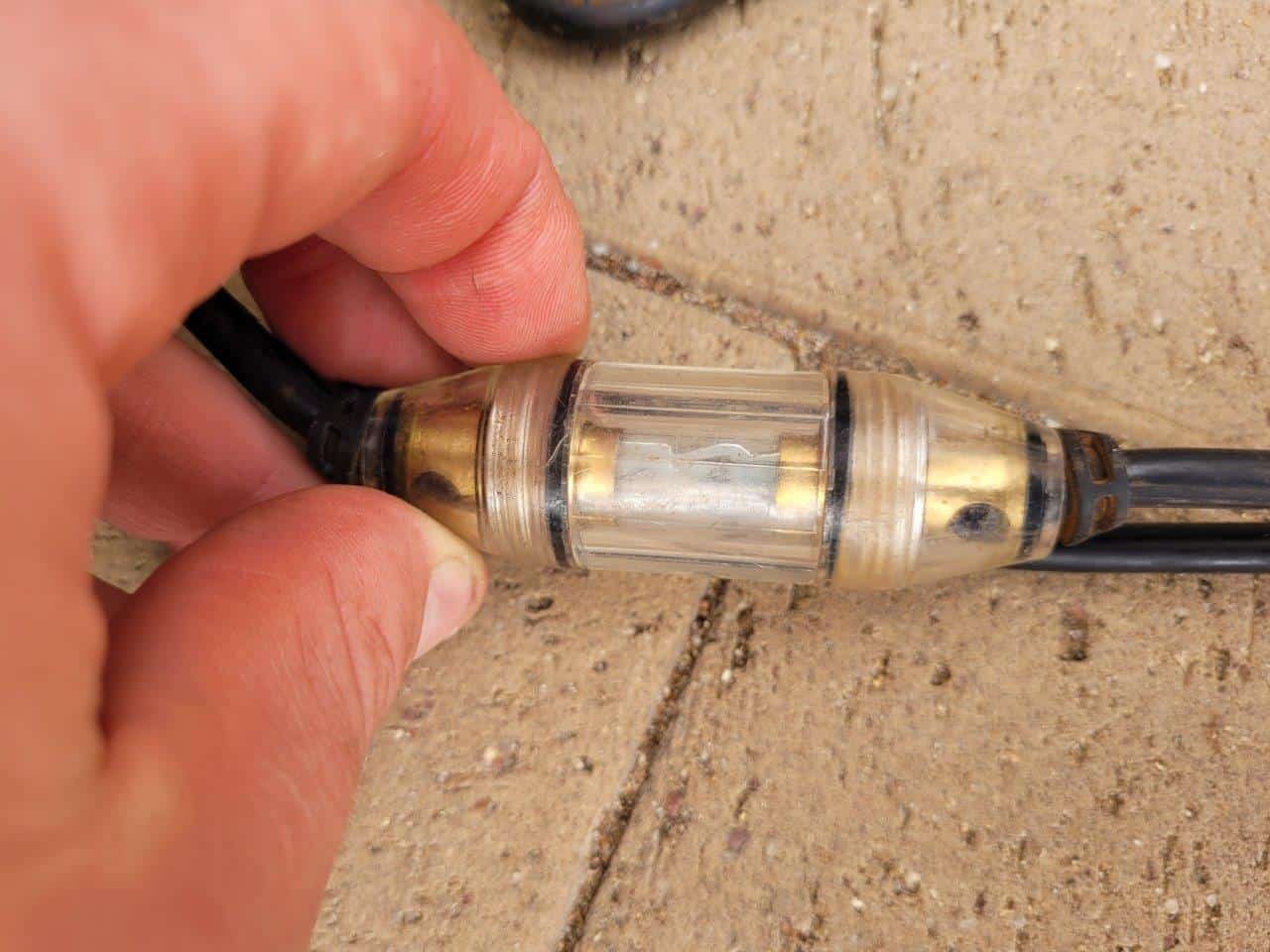 A 50 amp fuse, that I’ve blown a couple of times

You’ll see in a photo above that I installed some rubber under one of the feet after they melted away, and its been that way for years.

You also have walk back to the compressor, switch it off, then walk back to the tyre to check the pressure (as the indication is false when its running), and if you aren’t happy, walk back and do it all over again.

Some compressors have pressure valves that cut the compressor out, but this one just keeps running. It’s not ideal, but its not the end of the world either.

It’s still faster than the current Bushranger Max Air III, and the ARB single piston units, and does what we need it to with no fuss.

I did get an Anderson plug installed a few months back after getting tired of having to open the bonnet and plug the alligator clips in place, and it enables us to run it off the back of the Dmax, so it reaches the Reconn R2 tyres much easier! Without this, it was right at maximum and quite annoying to pump the camper tyres up. 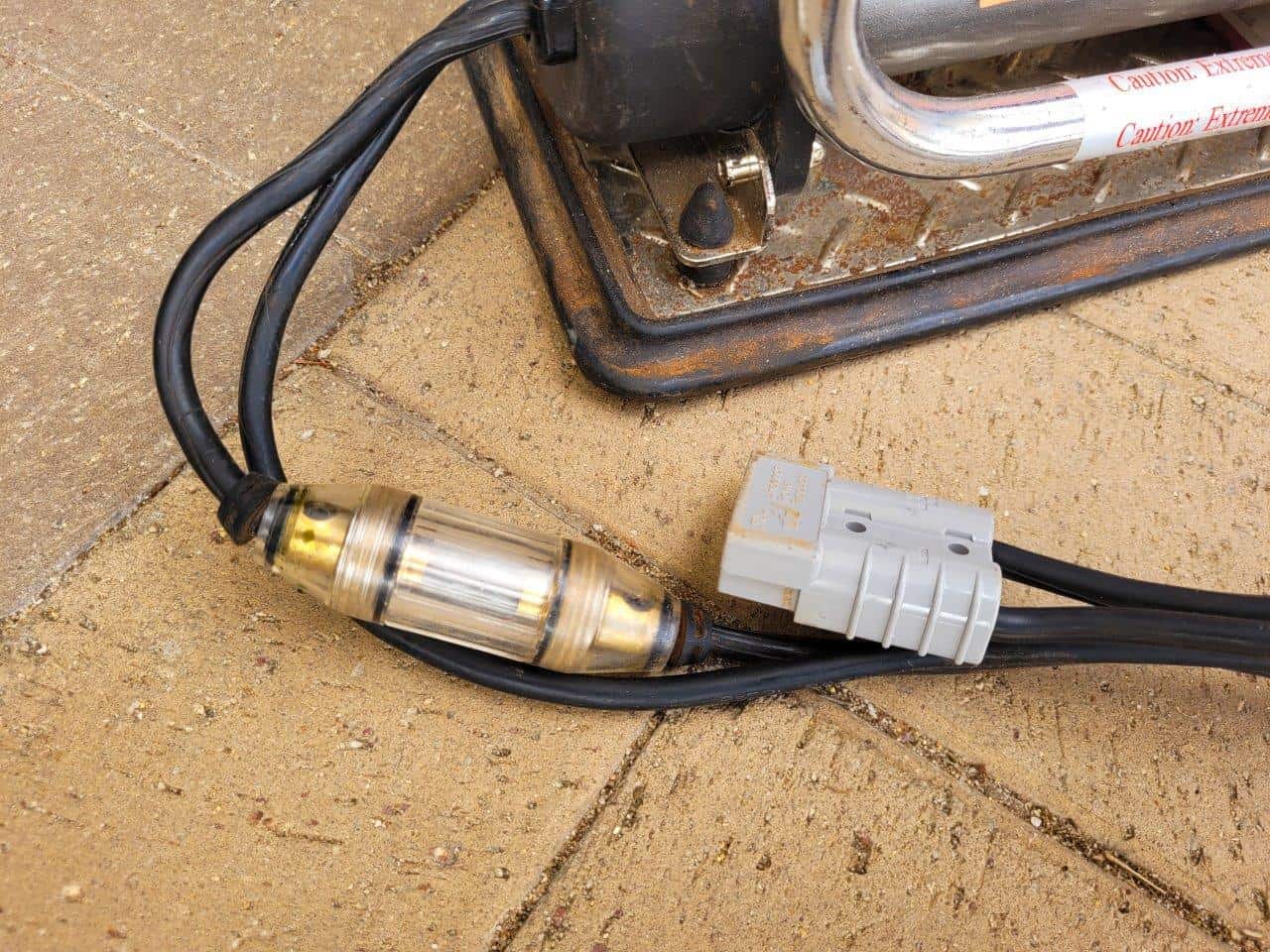 The Anderson plug makes it so much easier

Dad’s original Power Air II is also more than 10 years old, and was the cheapest bushranger compressor on the market at the time, at a whopping $100. This was well before you could buy hundreds of imported 12V compressors that all look the same.

It is very slow, and has a really long electrical cable (instead of hose) so you move the compressor around a lot more, but its not missed a beat either, despite being absolutely hammered.

Dad’s even used it a number of times to do his caravan tyres, which run around 65 PSI. It takes forever, but it works, and I’ve actually asked him if we can grab it as a spare (as he’s just bought a faster unit). 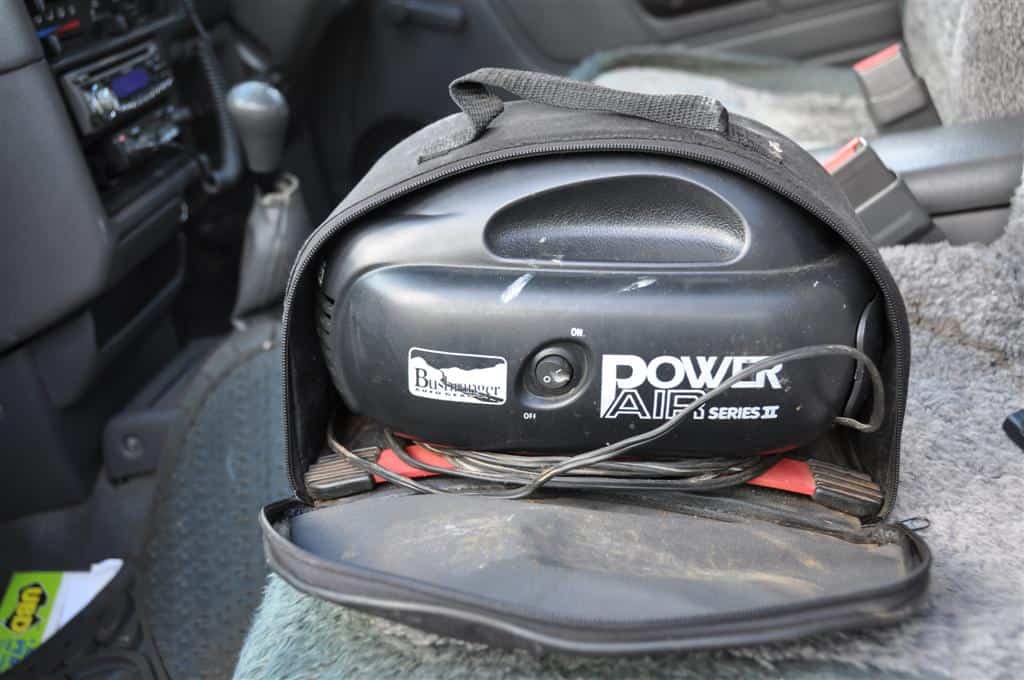 Lastly, two stories from good mates of mine who saw how good my compressor had been, and couldn’t get that model anymore. They decided to get the Max Air III, and both had issues with the Reid valves within 6 months of buying them.

Frustrating, and annoying for sure, and not what I like to happen when I recommend a product. Both had replacement parts sent out and have been using them since, but it shouldn’t have failed so quickly. Maybe it was just a bad batch, as they were purchased quite close together.

Would we recommend the Bushranger Compressors?

Overall, if you are in the market for a 12V compressor, I reckon any of the Bushranger options are a good place to start.

You can get some seriously cheap ones today, which might pump fast and look good, but nothing is more important than reliability, and I reckon we’ll be getting a backup compressor for this exact reason.

If your only compressor broke in the middle of the bush and you were unable to adjust tyre pressures, it could be a pretty bad situation to be in!

The customer service I’ve had from Bushranger is about as good as it gets, and I’m pleased to recommend yet another Australian owned business! I will also quickly mention that we’ve had their tyre dirty gear bag for more than 10 years which has been in the sun for most of it, and its still performing flawlessly. 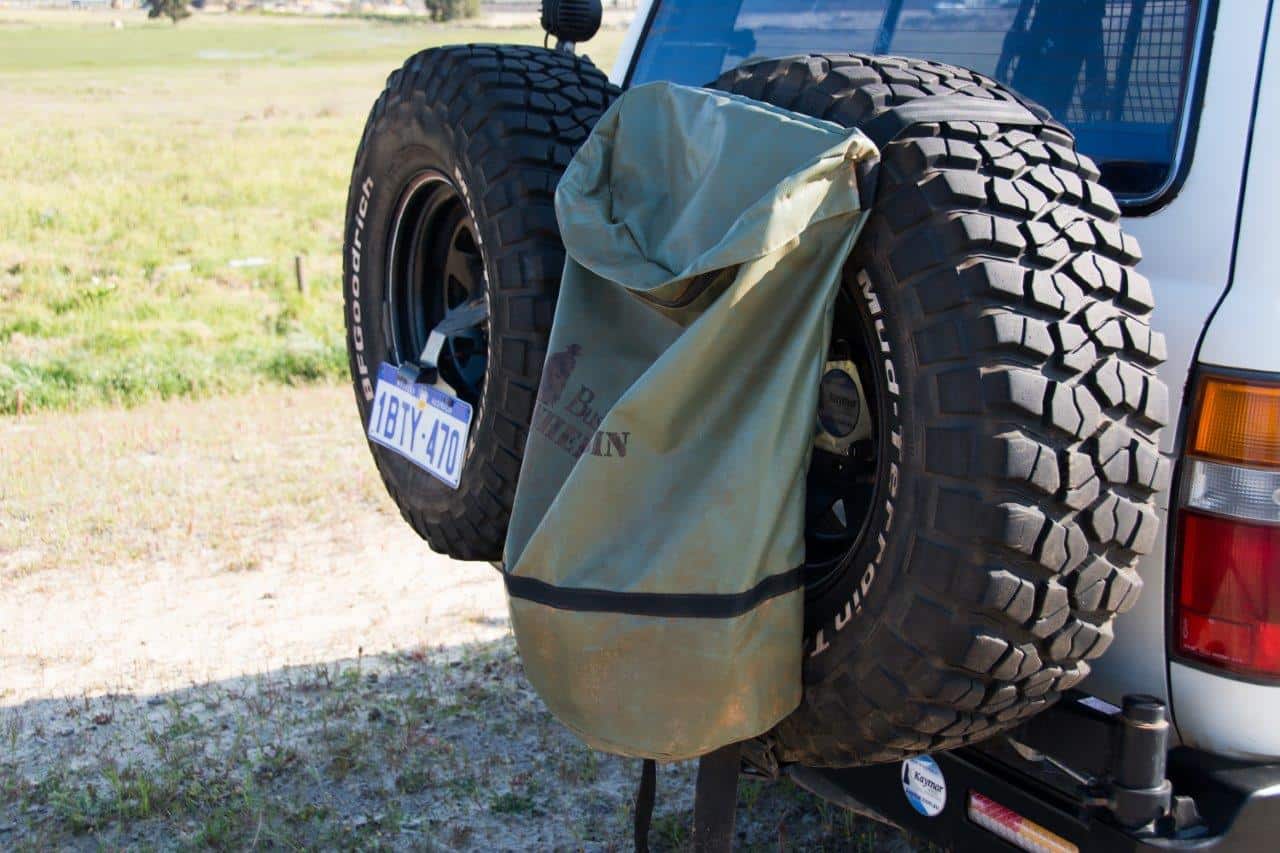 Our Bushranger bin bag is ancient and still going strong

Looking for a new 4WD air compressor? Check out the Bushranger models!