Dmax body mount failures, and how we replaced them

We’ve had our Isuzu Dmax now for about 4 years, and overall its been fantastic. We’ve had a couple of smaller issues, which we’ve written about. If you are looking for the more common problems that occur with the MUX and Dmax varieties, you can read about it here – Dmax Problems.

If you want to read everything we’ve written about our Dmax, including fuel economy figures, what it cost to build, what it weighs and heaps more, you can check it out here – Isuzu Dmax.

In the earlier post, we mentioned how the inner guards can crack, and that its an extremely expensive and difficult repair to get done properly. Thankfully, we haven’t seen this, but it has made me keep a much closer eye on the body mounts on our Dmax. 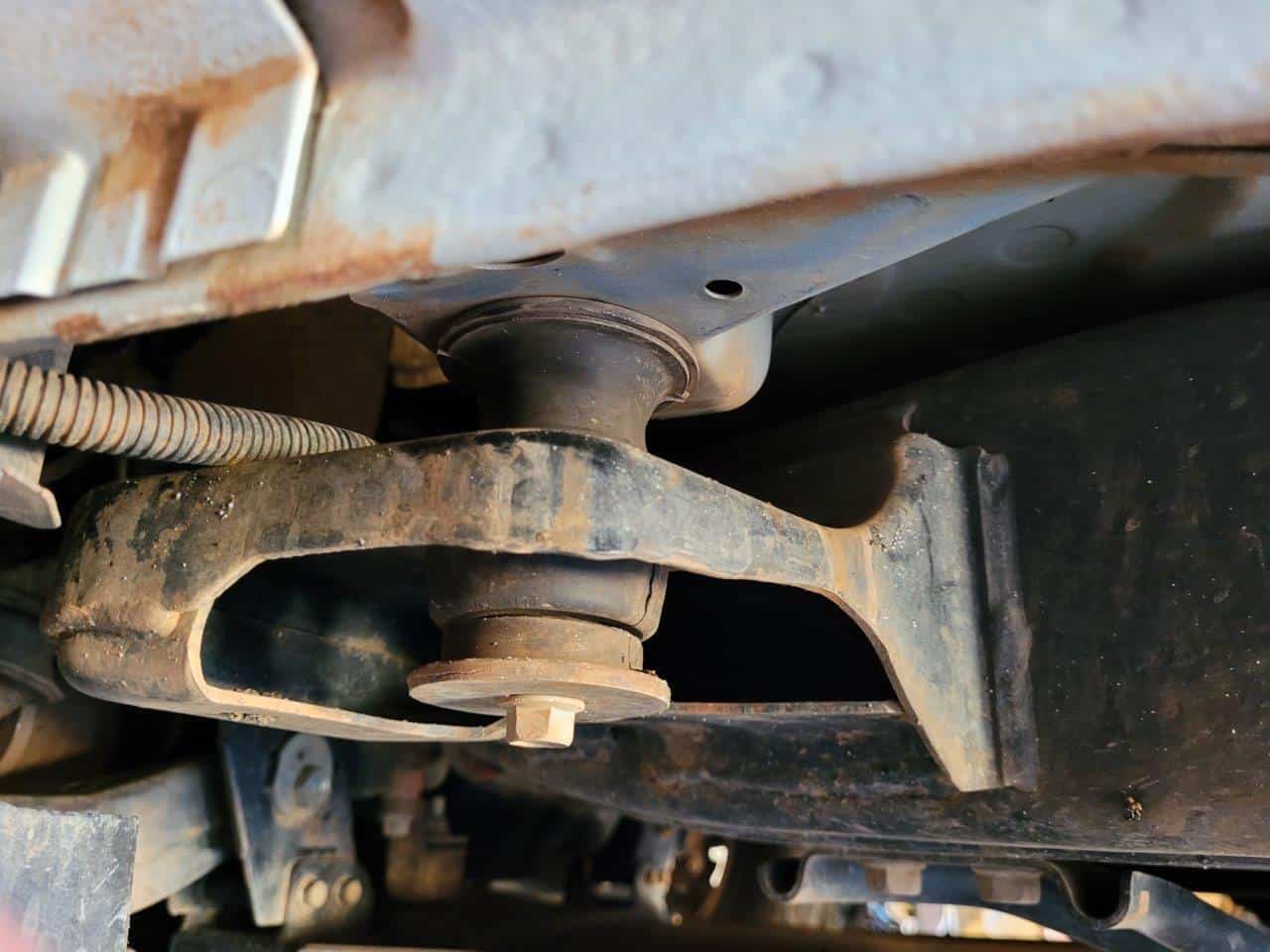 Body mounts are pretty important; how often do you check yours?

What is a body mount?

Your 4WD runs a number of rubber assemblies in between the chassis of your 4WD, and the body. It reduces the noise, vibration and discomfort being passed through to the body which is far more susceptible to damage. These are essentially an isolation mount, and they isolate the two items.

If you’ve ever seen slow motion footage of a 4WD off road on corrugations, you’d see that the bull bar seems to move a huge amount. In actual fact, its the body moving on the body mounts, and the bull bar is not really twisting at all as its attached to the chassis.

Body mounts are hugely important, and if they are damaged or incorrectly installed you can end up with knocks, cracking noises and stresses applied to your panels that they were never designed to have.

Upon my latest inspection, I saw the front left body mount had some damage in one section, and the front right looked even worse, with disfiguration in two places, and a crack starting to appear. With a service booked in anyway, I sent an email to my local Isuzu to have the spares ordered and ready.

I was not taking any chances, as leaving them would result in a much greater chance of cracked inner guards. At $341 plus labour for a set of new body mounts, its a no brainer.

Still, at literally 65,000km on the clock its a premature failure, and average at best, and I was going to fight hard to get it done under warranty. 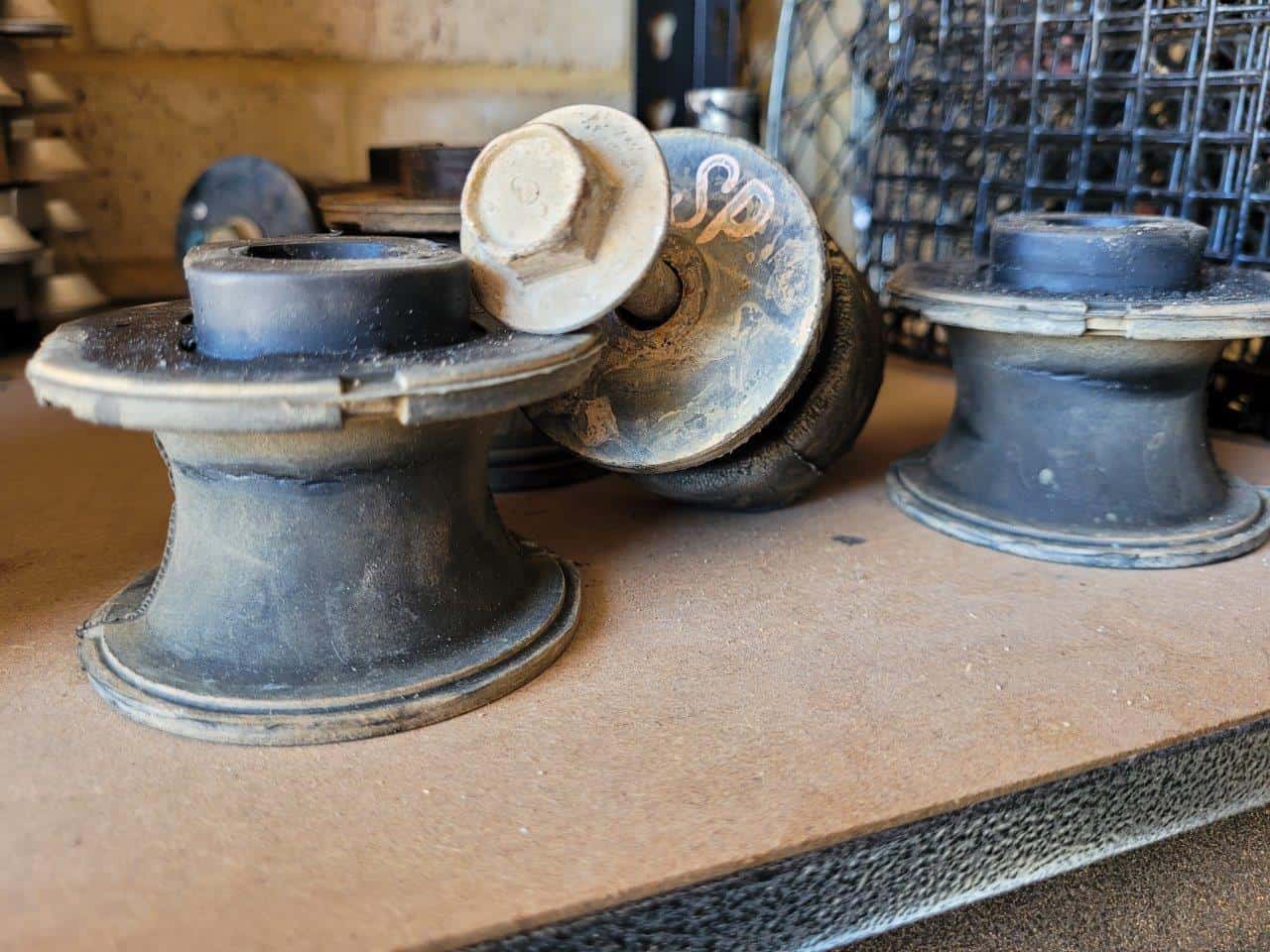 Our Dmax also had a rear differential pinion seal replaced, which the warranty was approved on extremely quickly during the service. I was actually surprised, as I expected that they’d decline it on the basis of aftermarket suspension, and the tail shaft spacer.

However, the dealer didn’t get a response from Isuzu head office in regards to the warranty claim for a number of days, and when I went to pick the vehicle up they suggested I should pay for it. I said no, wait until Isuzu get back to you and if they don’t cover it I will. At $900 including the labour, I could have paid for it, but felt that I shouldn’t have to.

Eventually, they did come back and it was fully covered by Isuzu, and now I have the damaged body mounts in my garage as a reminder. 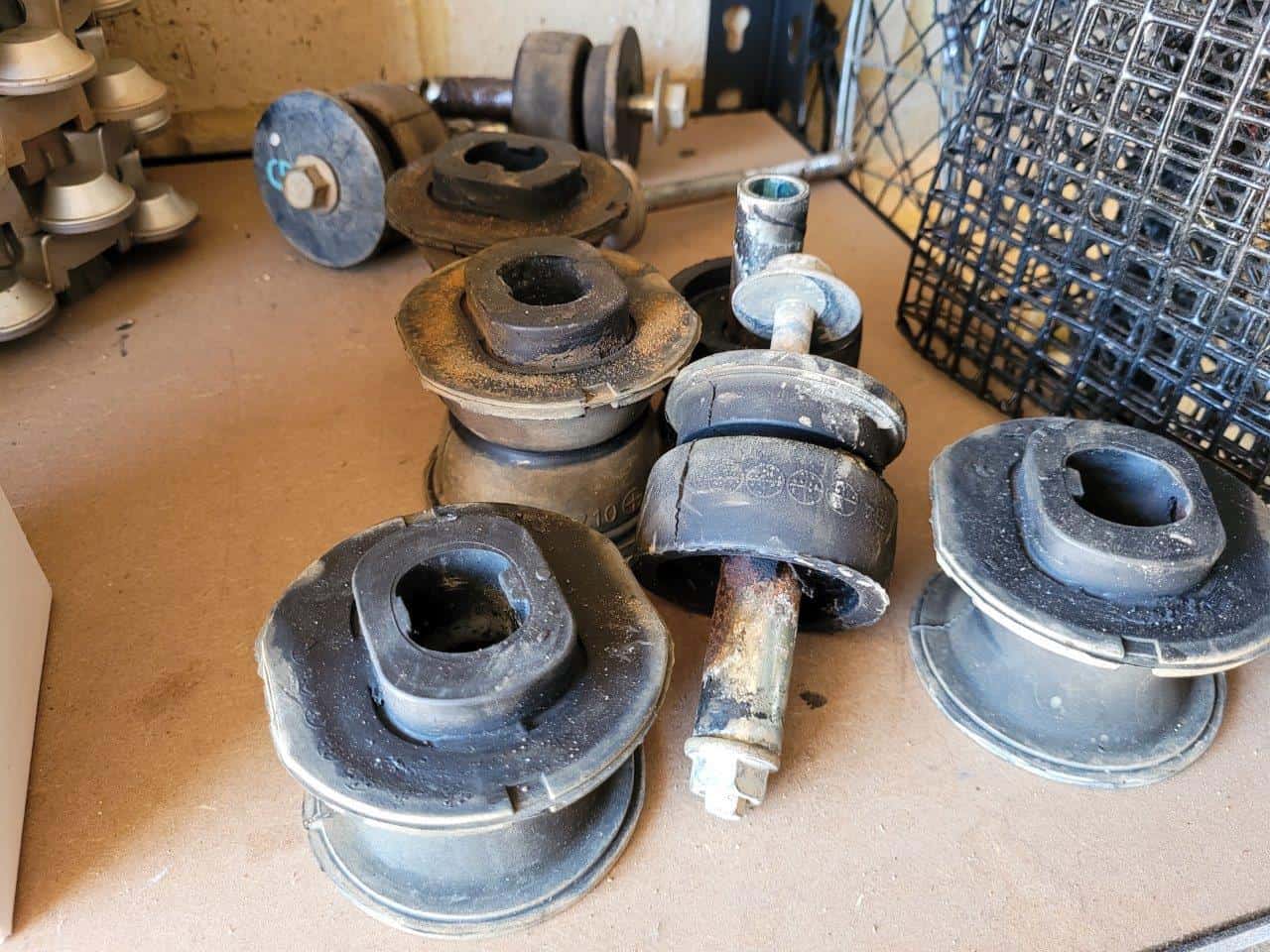 The parts replaced, sitting in our garage

Swap them to Colorado body mounts

A lot of people are ditching the Isuzu body mounts and replacing them with Colorado ones. For those who don’t know, they are essentially the same vehicle in many ways, but the body mounts are different. The colorado ones are bigger, and stiffer, and those who’ve changed them say there’s far less movement and they behave well.

I am loathe to do this, because they are not what Isuzu supplied and having already dealt with their warranty department a number of times they would decline any guard cracking 100% if they knew you’d run different body mounts. Sure, the idea of installing the Colorado ones to stop the cracking might be valid, but is it worth the risk?

The cracked panels is a massive job to do properly (6 – 10k worth) and its not something I want to mess with.

Does this cause the inner guard cracking?

The inner guard failures are relatively common, and I’ve seen them happen on vehicles punished off road and barely used off road, as well as vehicles with bull bars and without bull bars. The exact cause remains to be seen, but having soft, or damaged body mounts would certainly contribute to the likelihood of failure.

I was told that there was an error with the type of steel used for the inner guards which is brittle, and this is probably also quite likely. I was also told that the service technicians have been asked to inspect body mounts on each vehicle coming through, because they are failing prematurely and Isuzu are having plenty of cracked inner guards.

I have also seen a number of people with Ironman snorkels that have had cracking, which has been traced back to the removal of critical bits of material which weakened the whole inner guard.

If you have a Dmax or MUX, I’d seriously advise you take 5 minutes to check your body mounts, particularly the ones around the front of the vehicle. Check the inner guards for cracking too, and if there is any damage I’d suggest you consider taking it back to Isuzu to be looked at.