4WD Build Costs; what did our 80 Series Cost?

You can spend an enormous amount of money on 4WD’s. Unfortunately, it’s often only after spending a fortune that people realise the vehicle they have bought and built is not suitable for what they really need. This is why it’s so important to start with the end in mind when looking for a 4WD.

Thinking about the amount of money I’ve spent on our 80 series Landcruiser has been a painful exercise. I sat down one day and thought I’d make a spreadsheet up, and share it with everyone to see. Hopefully you will get something out of it!

Sure, I love it to bits, and it’s been built for a purpose. Still though, I got a bit of a shock when I did the figures. Have you taken the time to add up the amount of money you’ve spent? Would you do it differently next time? 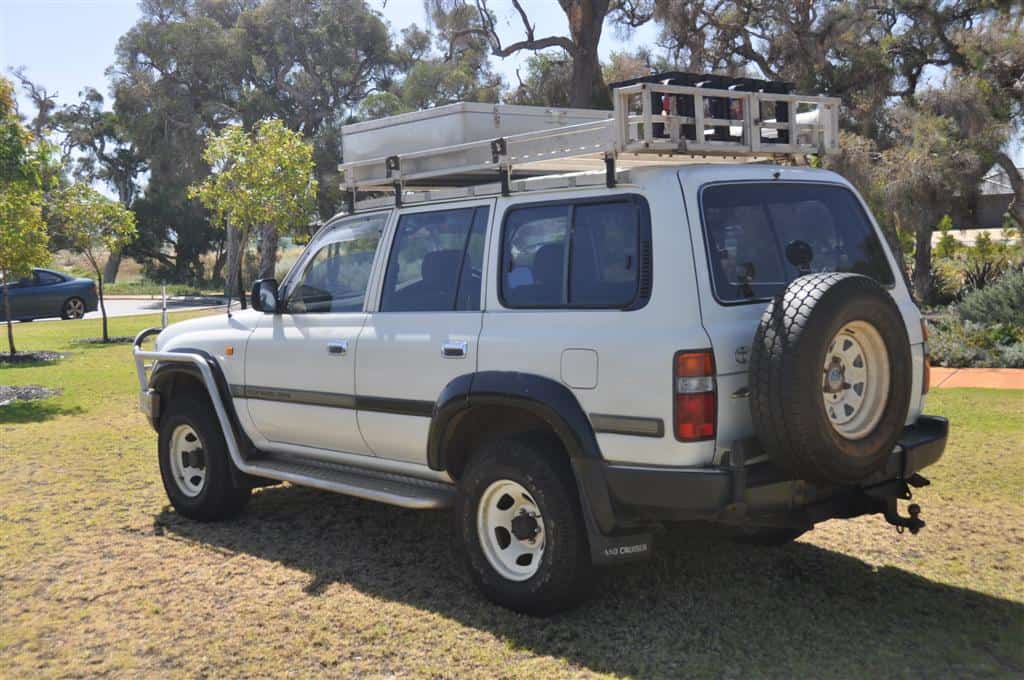 The 80 the day after getting it

My previous 4WD was a dual cab Hilux, which was a great vehicle, but was not suited for touring. We wanted something with more range, economy, comfort, reliability and room.

The 80 was purchased with the intention of building it into a tough tourer, and I am very relieved to say that it’s pretty well finished. That means no more money!

I got the 80 for an absolute steal. A 1990 factory turbo diesel 80 series with a heap of mods done, a 70,000km old engine for $10,500. From there, I’ve built it into a tough tourer, with a huge list of work completed. Please not these are RRP prices, and not what I actually paid.

Most of the 80 series Landcruisers came out with full time 4WD, and a center differential. This meant that all 4 wheels were receiving power at all times. However, our 80 had a serious amount of backlash in the driveline, caused by wear over 360,000km.

In order to quickly remove the majority of the backlash, I purchased a Part time kit from Marks adaptors, which involves installing manual locking hubs on the front, removing the center diff lock and installing a spool in its place.

This removed majority of the backlash, and was a good move. 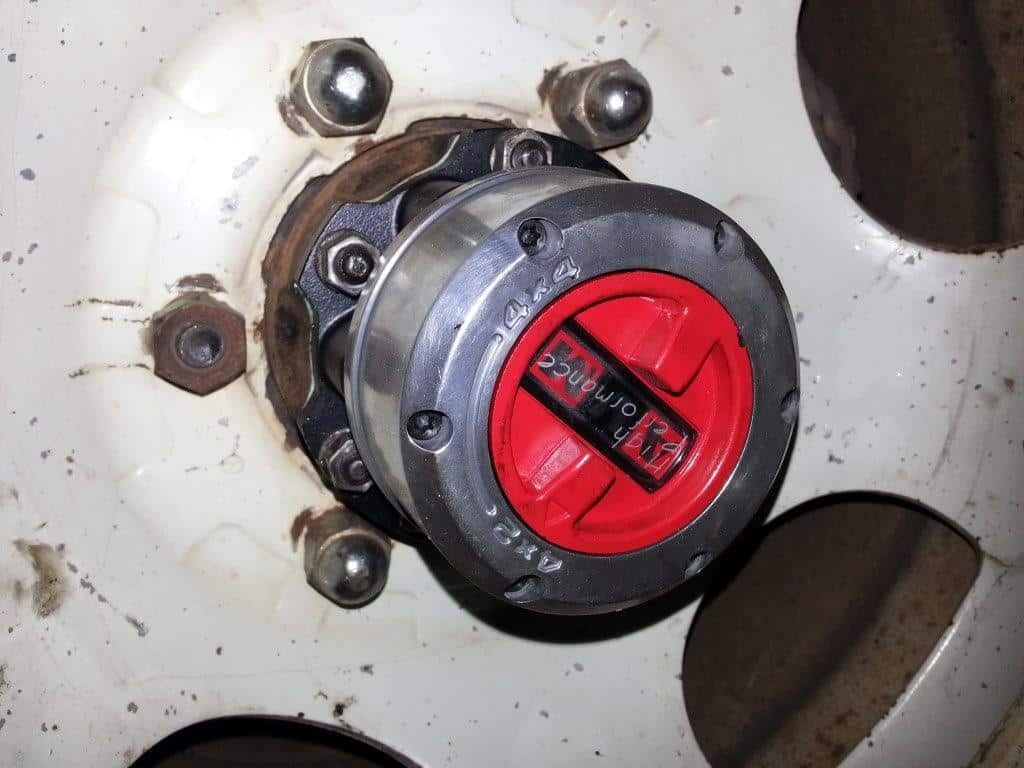 Whilst stripping my dashboard apart one day I noticed that the GME radio I had in the vehicle was not in very good condition.

Someone had shortened the wiring from the back of the radio, and it didn’t look very healthy. With some big trips planned, a working UHF was imperative, so I grabbed a new UHF from Prestige Communications.

Our 80 came with a drawer system and fridge slide. The issue though, was that the fridge sat on top of a drawer, and was far too high to access, and the lid wouldn’t stay open.

I realised I could mount the fridge inside the right hand drawer, and build a box over the top, and a second drawer on top of the other. A quick visit to Bunnings saw me pick up some 12mm marine ply, 1.5mm x 30mm equal angle (aluminium), screws and other bits and pieces. 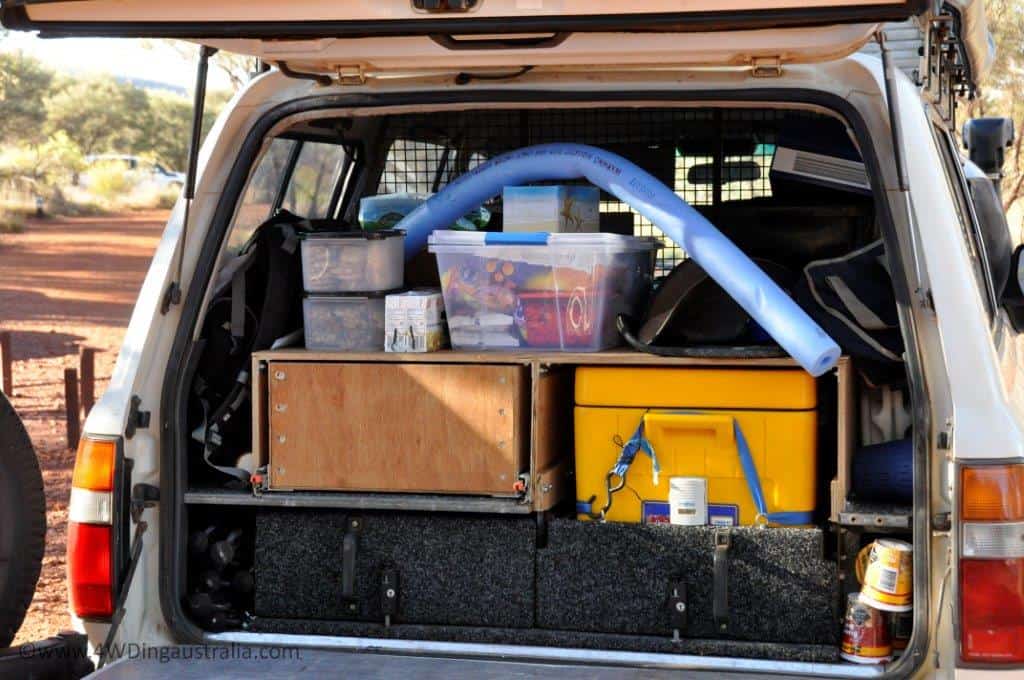 I had the drawer slide in the garage already (they were supposed to go in the Hilux!). A number of hours in the shed later, and I had a much more user friendly drawer system.

Asides from looking very agricultural, the aluminium bull bar that came with our 80 series seriously impacted on its entry angle, and didn’t have the capacity to hold a winch (which I knew we would want down the track). ARB was an obvious choice; they sell top quality bar work. 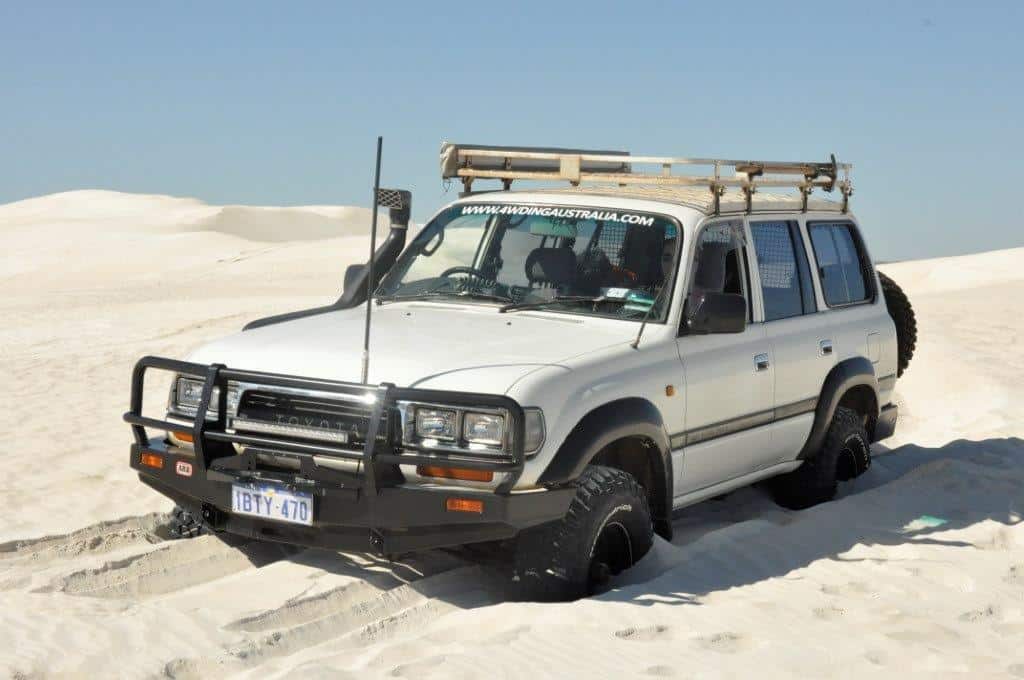 Having owned a Kaymar rear bar on the Hilux, I knew how well they were built. I needed something to store 2 tyres on, as well as protect the rear of the vehicle. I picked up a Kaymar twin wheel carrier and rear bar from ARB, and installed it a few days later. 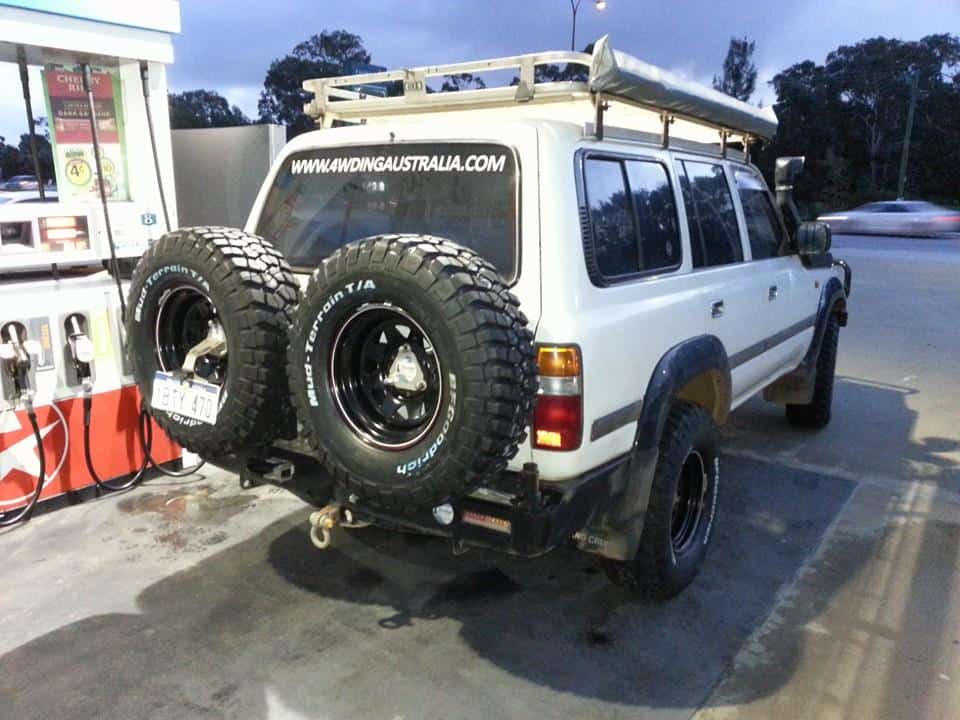 The factory lighting on 80 series Landcruisers is truly abysmal. Not just terrible, but in reality very unsafe. I never felt happy or comfortable driving at over 100km/h on bitumen with low beam; it was just shoddy as.

One of the major reasons for the poor lighting is the factory wiring Toyota put in. ARB sell a pre-built wiring kit which allows a lot more power to flow to the headlights. I did this upgrade with the below Narva one, and it made a massive difference. You can read more about it here – ARB upgraded wiring looms.

Having sealed high and low beam lights, these were ditched in favour of Narva’s alternative. I grabbed the plus globes whilst I was at it, and in combination with ARB’s wiring loom upgrade, the difference is night and day. Find out more at Narva Light upgrade

Figuring that I wouldn’t really be doing a whole lot of high speed night driving, the Narva LED light bar was an obvious choice. Top quality, very bright and for slow speed stuff, absolutely amazing. On the road at night it’s really not bad at all; better than the halogen spotties I had on there!

Chasing better fuel economy and a bit more power, I went to Beaudesert for a new 3 inch system. Upon removing the factory exhaust, it was obvious that it was restricting the air flow.

There was a few sections that were seriously squashed (more than they would be from factory!). Asides from giving the 80 a nice note, the 3 inch exhaust allowed the turbo to spool up earlier, passed on some power increase and helped to reduce the fuel usage a little! I’m very pleased with the Beaudesert Exhaust. 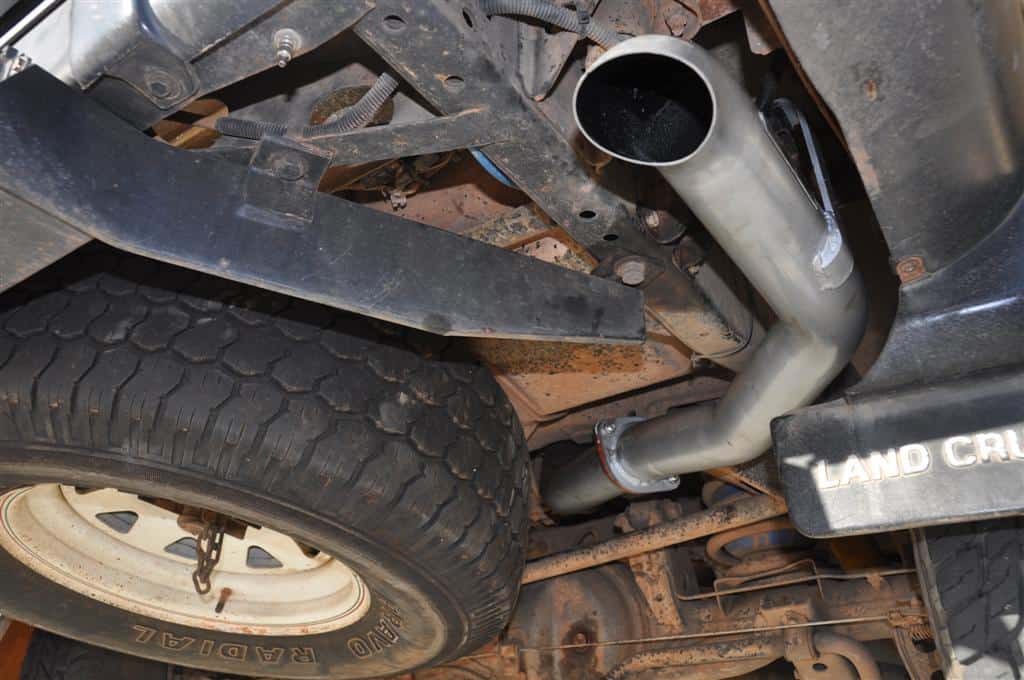 Driving a turbo diesel without gauges to monitor the engine condition is not something I was comfortable with. An EGT gauge measures the temperature of the exhaust gasses, and gives you instant feedback as to the engines condition.

You can monitor how hot it gets, and make sure when you are pushing the 4WD hard you don’t go above what it can safely handle. Post turbo, this is around 500 – 550 degrees. The only time I’ve come close to that is overtaking triple road trains up north, and even then, it would only get to around 480.

I can now drive with the confidence that if I lose coolant, oil, boost or a fan, the EGT gauge will immediately notify me, and allow me to pull over without blowing my engine up!

I will say that the heat destroyed one of the probes that came with the Scintex gauge, so they could do with being made better. 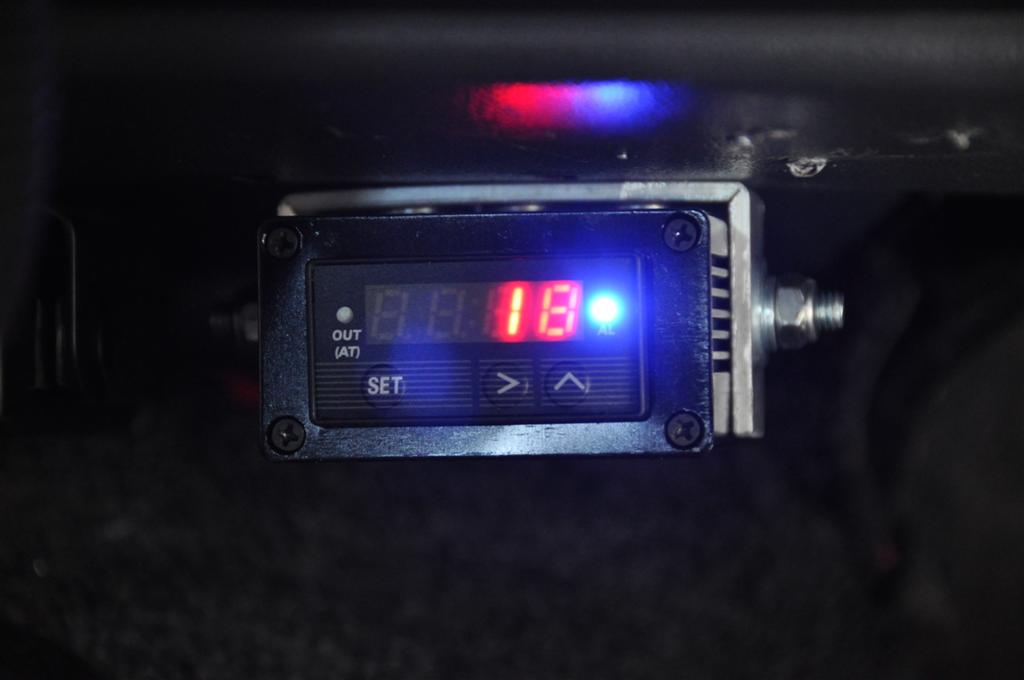 Knowing that I regularly drive through water over differential height, a quick visit to Hoseco saw me pick up some rubber fuel line, hosetails and adaptors.

I extended the factory breathers into the engine bay, and now have some comfort knowing water isn’t getting sucked into the diffs! Differential Breathers should be one of the first modifications you do, if you use your 4WD in anything over shin height water.

I’m always looking for ways to make our 4WD more capable, functional or comfortable. I’d never even heard about the Eaton Harrop ELockers, until flicking through some threads online. A bit of digging into them and I realised they really had something worth looking into. A few emails later and I had both a front and rear ELocker on their way to Perth. 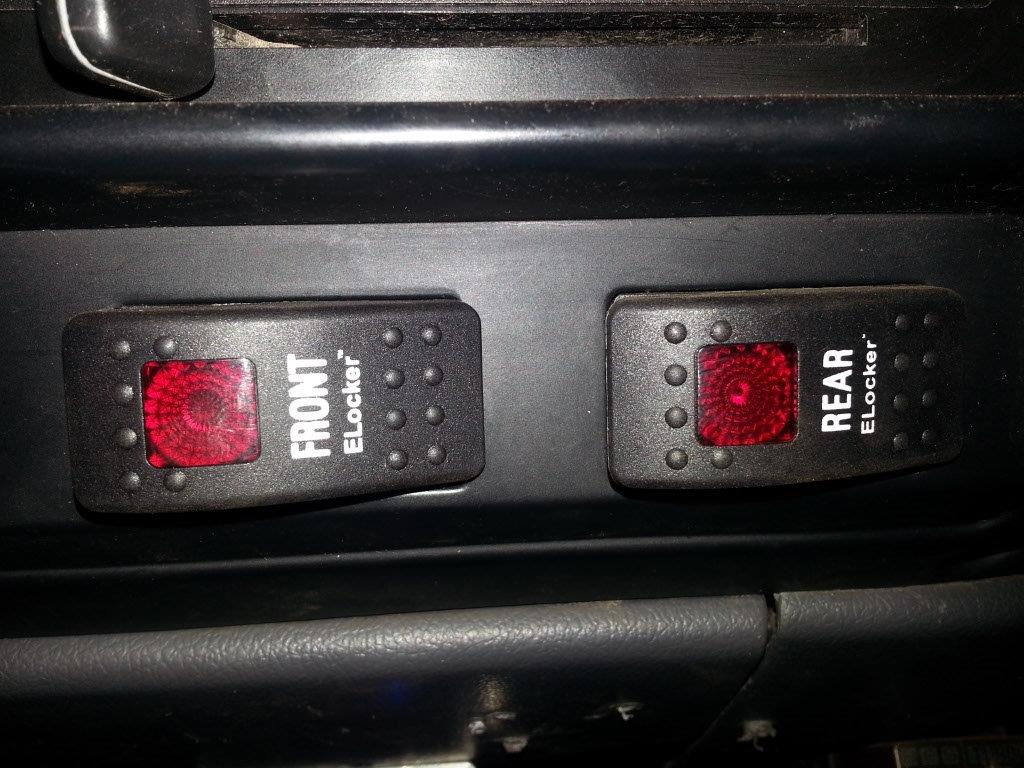 These have completely transformed the 80; making it crawl up things with very little effort at all. They are my favourite modification so far, and you can read more at 7 reasons why I love my ELockers.

I decided I would pull the diffs out and take them and the lockers to Perth Differential and Gearbox in Belmont. They installed the lockers, replaced the bearings, checked them over and gave them back. I fitted them back in place, and had a mate run the wiring.

Not long after picking the 80 up, a few mates were commenting on the amount of smoke coming out the back. United Fuel Injection has the reputation, and Matt got the 80 running much better, with more power throughout the range, less smoke and better economy. $200 well spent. 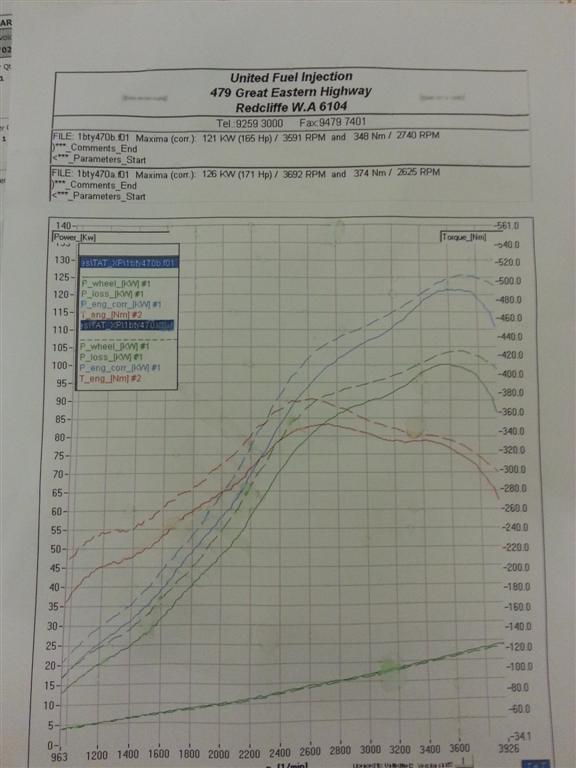 This one won’t break the bank – you can buy LED panels off eBay for a few dollars each, and swap them into any festoon interior globe location. A massive, massive increase in light for a few bucks; you can’t go wrong!

A side awning was a logical step to getting some easy access shade. Powerful 4×4 had a good reputation, and promptly delivered an awning to my door.

When buying our 80, I knew there would be things that would need attention. It’s a 25 year old car, which has done 360,000km. As a Maintenance Planner by trade, I’m pretty careful to keep things in tip top condition. If you look after your car, it will look after you.

I wasn’t going to take any risks either, with a 9000km trip planned into the Kimberley, so booked the vehicle in for a huge list of jobs at a good friends workshop – Quickshift Auto’s in Myaree.

After receiving a long list of things to be done, the 80 got a big birthday:

Ever since I bought the 80, one of the rear air bags was leaking air. Not enough to make it completely useless, but it needed pumping up every couple of days. I tried to find the leak, with no luck.

Having a fairly constant load in the 80 meant air bags weren’t really needed anyway, so I decided to rip them out and replace the suspension with a new kit from OME.

I knew at some point I’d need to get a winch. I’d been putting it off for a long time, but committed to a 10,000 lb stainless Smittybilt winch from ARB.

I very nearly built my own telescopic light for the tyre carrier, but due to time constraints I needed something I knew was going to be top quality, so the telescopic light was added to the shopping list

Our 80 came with 6 tyres, but they were different tread patterns, and two had flat spots from the previous owner hanging on the brakes to avoid a kangaroo.

The KM2’s have a fantastic reputation for touring, and are great in the mud, sand and rocks too. I’m very pleased with them.

So, you add the above up, and you get about 34 grand, which includes the initial cost of the vehicle. Ouch. I was genuinely shocked to see how much I’d spent. I will say though, the actual figure is lower than this, due to negotiations. Still, it’s a lot of money, and it really had me considering whether I’d made a bad decision (or several) and it brings the importance of really looking at your 4WD from a long term perspective.

The thing is, once you start modifying or repairing your 4WD, you get attached to it, and the money continues to roll out the door. There is a point where it’s not worth selling the car you’ve built, and we are way past that. There is no way in the world I would recovery all the money I’ve spent on our 80!

I’m very glad to say there aren’t any more modifications planned for the 80. It is set up exactly as we want it, and I won’t be parting ways any time soon. It will be used more and more now, starting with a trip to the Kimberley in 3 weeks!

What would I do differently?

Honestly, looking at it now, probably nothing. Every modification was justified, and a lot of the expense was to bring a 25 year old vehicle back up to standard. It now has a rebuilt engine, differentials, transfer case and should be good to go for a very long time. Fingers crossed! 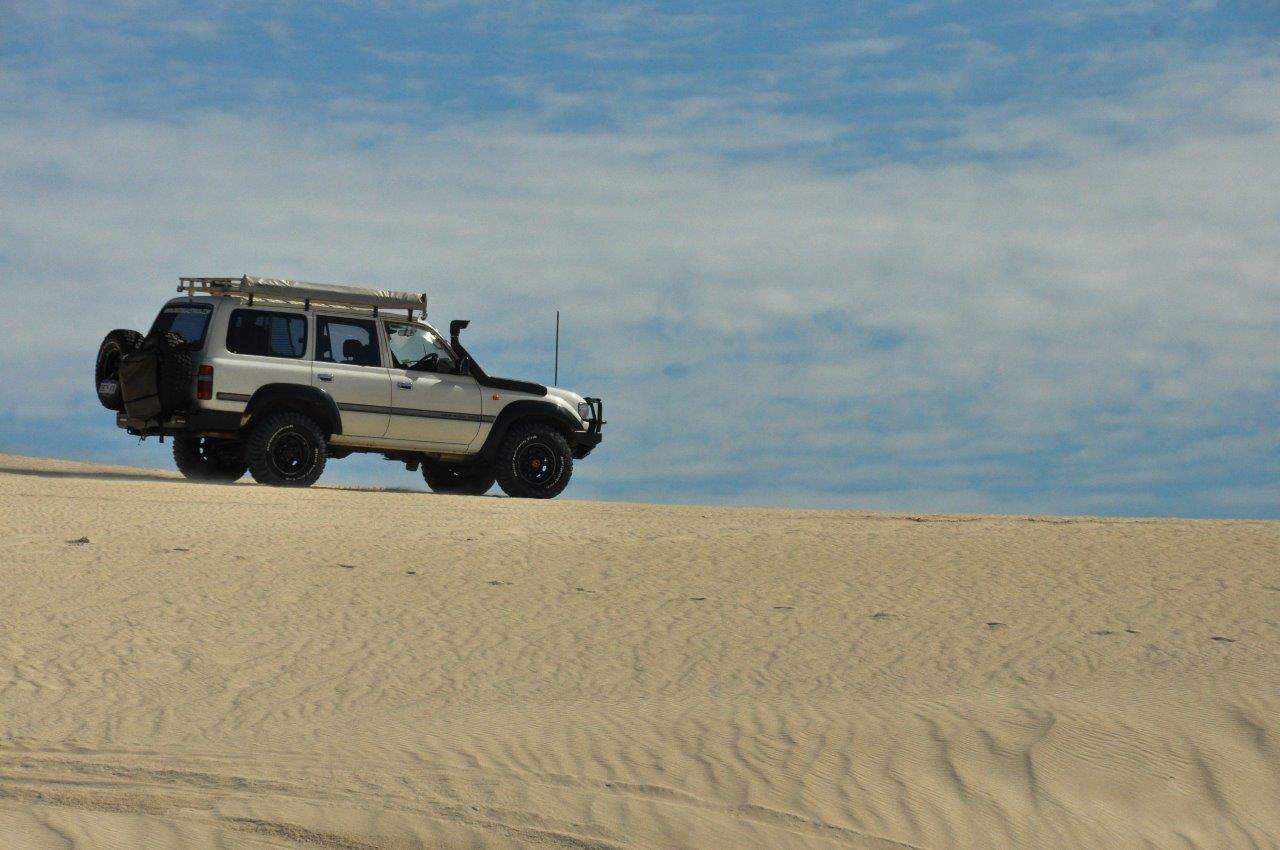 So, what about you?

Have you taken the time to work out how much you’ve spent on your 4WD? Does it do what you want it to? How much further are you going to take it? I’d love to hear your thoughts!