How to prevent your 4WD from rusting away

Rust is a nasty product, and its common in 4WD’s for a number of reasons. We go to a fair bit of effort to reduce rust to a manageable level, and highly recommend you do the same. Once you’ve seen chunks of a 4WD being cut away to be repaired, and the work that is needed to do a repair properly its something you tend to avoid with all of your strength. 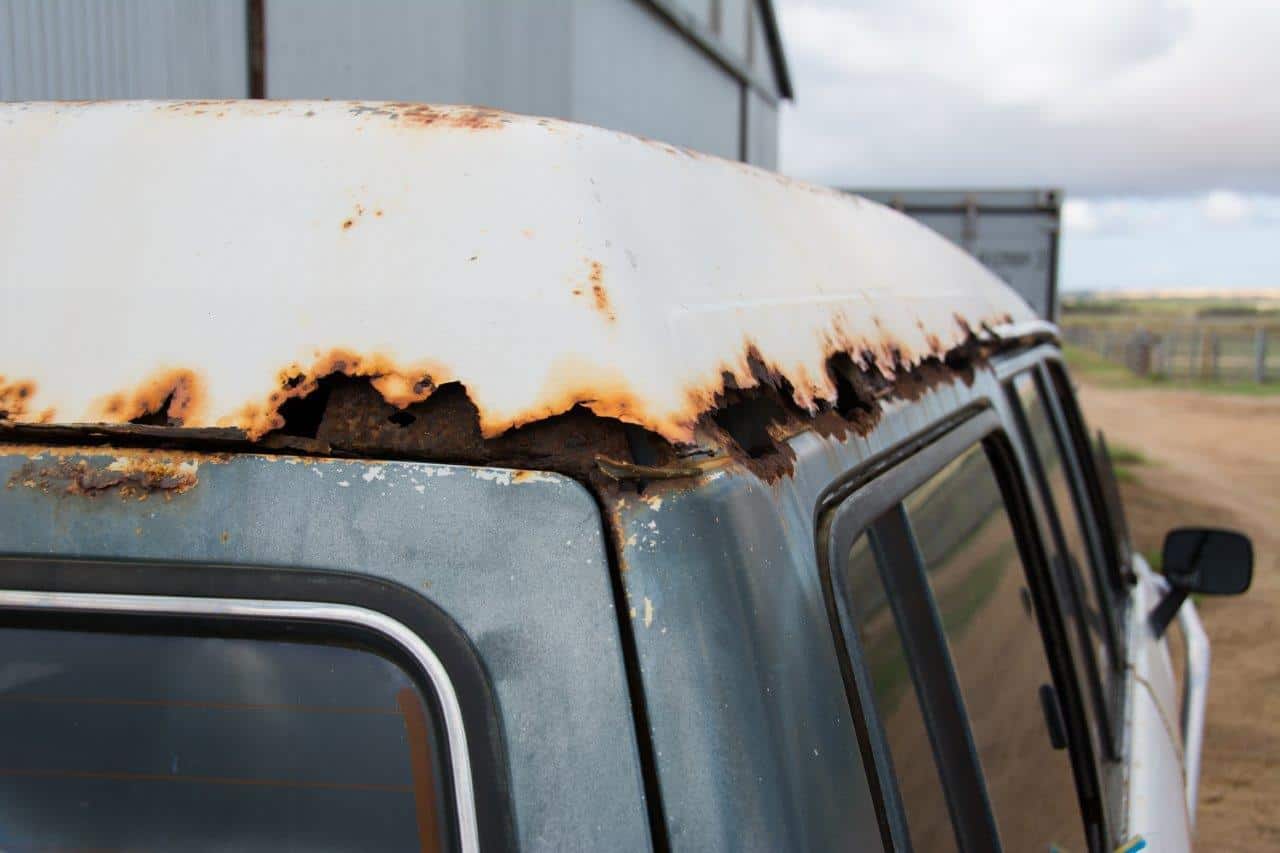 So, how can you prevent your 4WD from becoming a rust pit, and costing you a small fortune in the future?

Wash your car often and well

One of the best things that you can do is to wash your car often, and well. If its used around town this isn’t so critical, but if you are out driving on beaches, or through muddy puddles, or even around the coast often, a good wash regularly will make a huge difference.

Washing the underneath of your 4WD, and flushing out all of the bits and pieces is super critical to ensuring a good lifespan of your 4WD. Look for where salt and sand can get trapped, and focus on this, particularly where there are body panels as these will rust through much faster than your chassis, bull bar or anything else structural.

A good hose off everywhere works well, with water going through the chassis rails, in the gap as you open the driver and passengers door near the front guard and everywhere else you can spray water on.

Some people even go to the effort to install a piece of garden hose in each side of their chassis that has holes in it, and a connector on the front or rear to your hose. That way, you just connect your hose on, turn it on and it flushes the chassis for you.

Another good tip is to use a sprinkler underneath your 4WD. This works well for beach driving, but also for mud, and if you can do it on your lawn then its win win. Just be aware of the amount of mud that you bring home, and be prepared for a lot to fall down if you’ve been playing in clay! 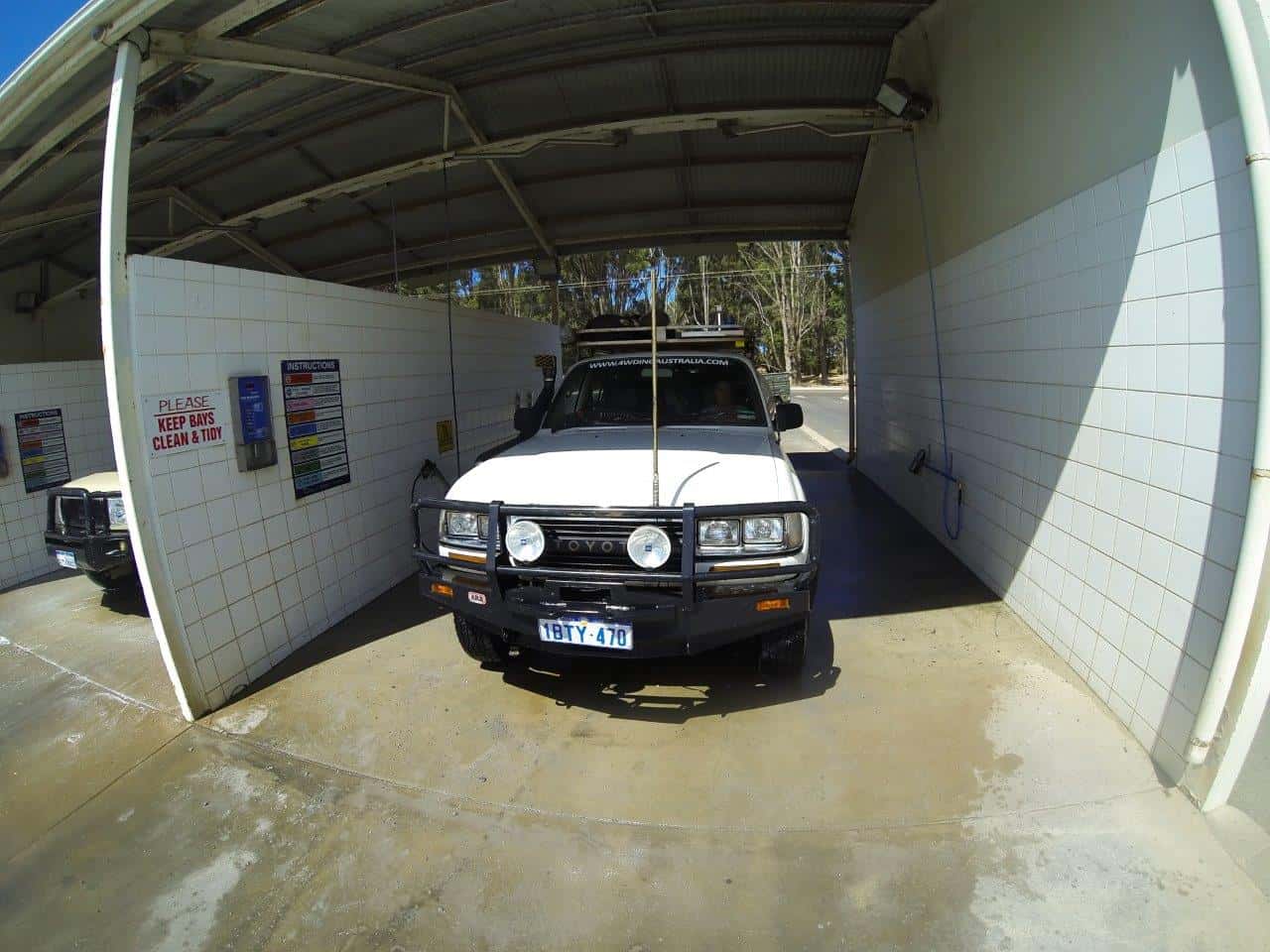 In my opinion, driving through salt water is one of the dumbest things you can do, especially if its avoidable. Salt water will wreck your vehicle so fast, and its not just the body and chassis that rusts. You’ll forever have issues with brakes and everything else deteriorating.

If you drive through water it will end up where you cant wash it out, and that is a major problem. The only way to wash it is to drive through a big puddle of fresh water, and that’s not always possible, or a good idea.

I’ve heard plenty of people say its perfectly fine as long as you wash your vehicle, and I couldn’t disagree more. There is zero chance that you can hose out every nook and cranny that salt water and also sand ends up sitting, and even if you do hose it off, some damage is done. 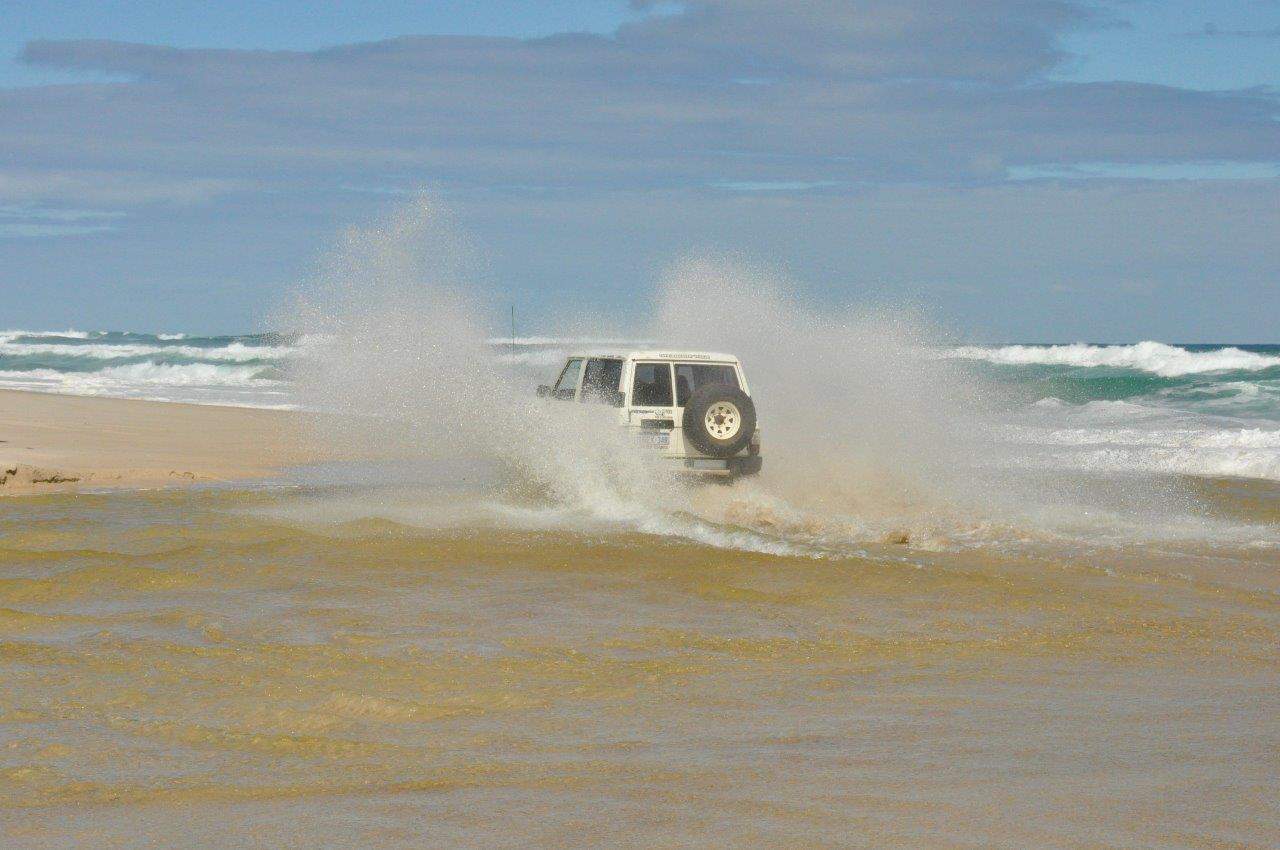 Want your car to rust out? Do this

A number of years ago I had an 80 Series Land Cruiser which by all accounts was in pretty good condition underneath, and overall. One day, near Port Gregory I badly timed the waves wrong after deciding as a group it wasn’t worth driving around the long way, and the vehicle got hit by a big wave, and sprayed salt water everywhere.

I drove back to camp, and spend about half an hour washing the vehicle, and then washed it a number of times using sprinklers and hoses everywhere back at home, and you know what? A few months later the bottom of the vehicle looked like it had been absolutely hammered, and it is all because of the salt water.

Of course, the stone chips probably amplified the issue, but the underneath went from a well used but good condition arrangement to something you’d question buying. 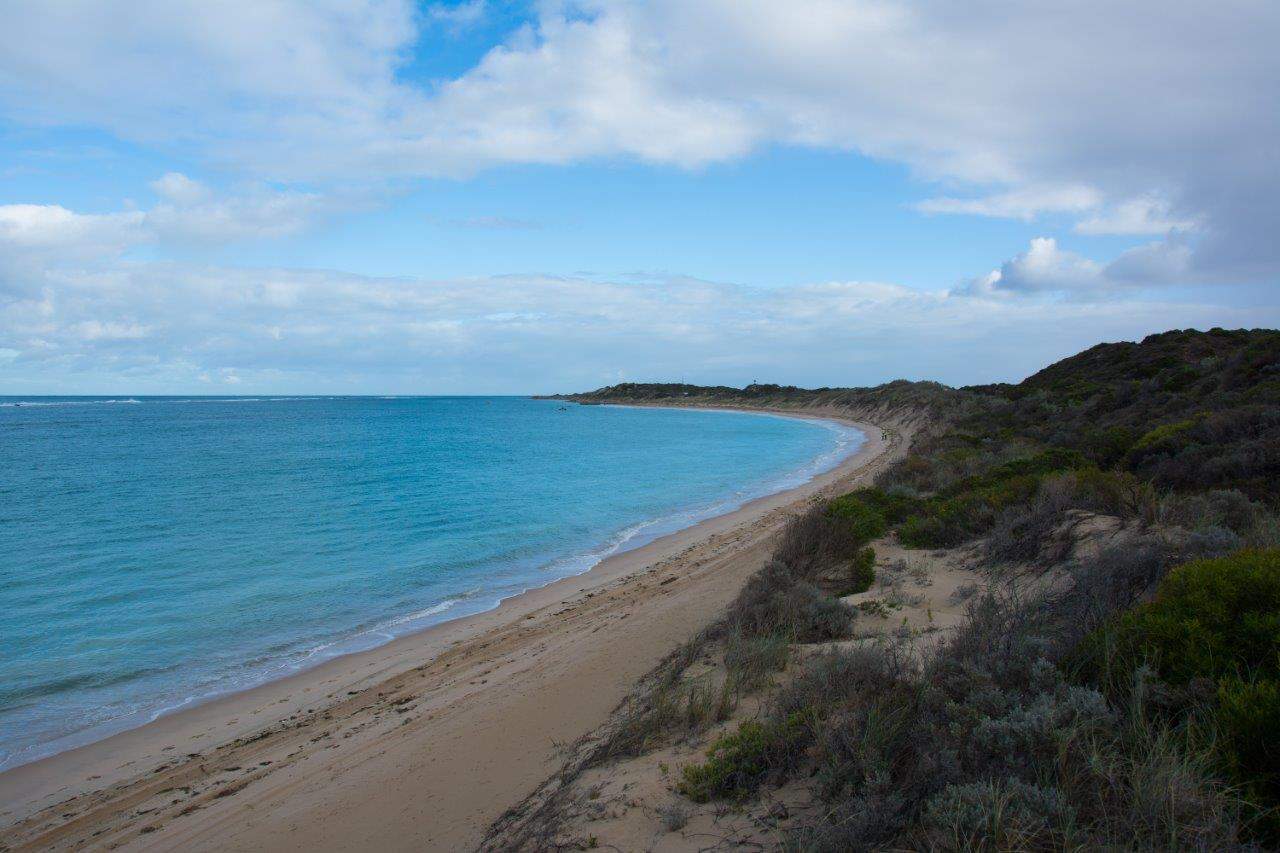 The beach at Port Gregory that drenched our 80 series

Believe it or not, but mud can have quite a high concentration of salt in it, and those who drive around for weeks with mud plastered all over their vehicles are more likely to have issues with rust in the future.

Do your car a favour, and wash it off, and well. Even better, avoid going through the mud in the first place as despite the fun, mud driving is one of the best ways to make a 4WD wear out faster.

Keeping your 4WD clean and tidy is also a good way to avoid the attention of the police, which is important if you have any illegal modifications! 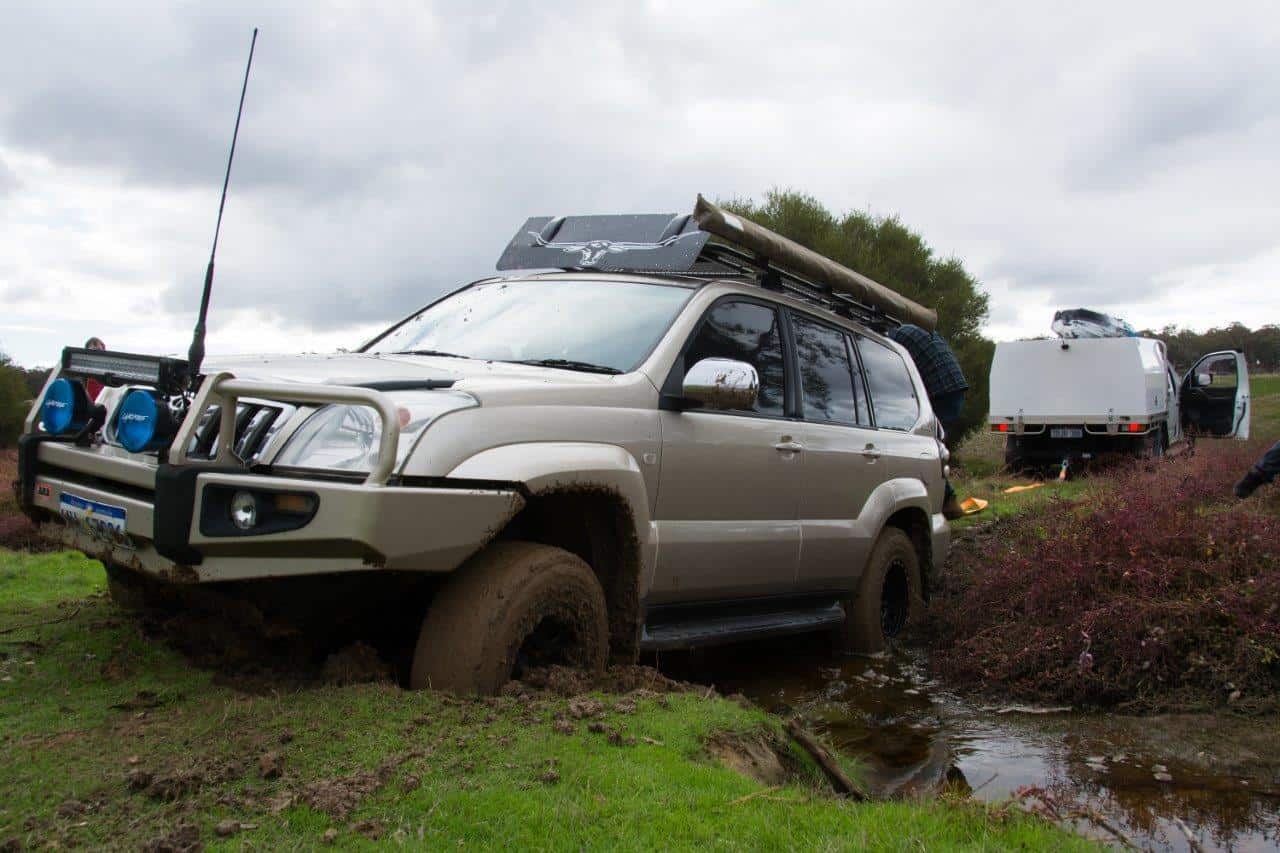 Mud is fun in the moment, but terrible for your 4WD

Spray a product underneath

There’s a lot of products on the market today that you can spray on your 4WD (or have professionally done) to reduce the chance of rust. The cheapest, and most simple spray is lanolin, which you can buy in a fluid, or a mechanical spray bottle, or a pressurised spray bottle.

You can spray literally everything under your 4WD except the exhaust, and despite you coming out smelling like a sheep, give it a couple of days to dry and it will keep your 4WD rust free. This is something that needs to be done once a year, or more if you are doing a lot of beach driving.

Lanolin can attract the sand, so expect a bit of it to stick on your 4WD, and plan for a couple of days for it to dry prior to you heading down to the beach.

If you want other products, Inox is popular, or you can take it to a professional rust proofer who can spray a whole heap of much heavier duty, permanent products on that protect the paint. If you have ever looked under a 4WD and seen a tar looking black product, its probably been rust proofed.

That’s not an issue if its been done prior to the rust, but sometimes dodgy sellers will spray it over a vehicle that is badly rusted to try and hide it.

Find out where the common rust spots are for your vehicle

Every vehicle has more common rust spots than others. In GQ Patrols it was the gutters and windscreen. In the 80 Series Land Cruisers it was behind the accelerator pedal, and on the other side too, along with the rear windows.

If you know where the common rust spots are, you can make sure they are well cared for and that you are on top of anything that does start to develop. 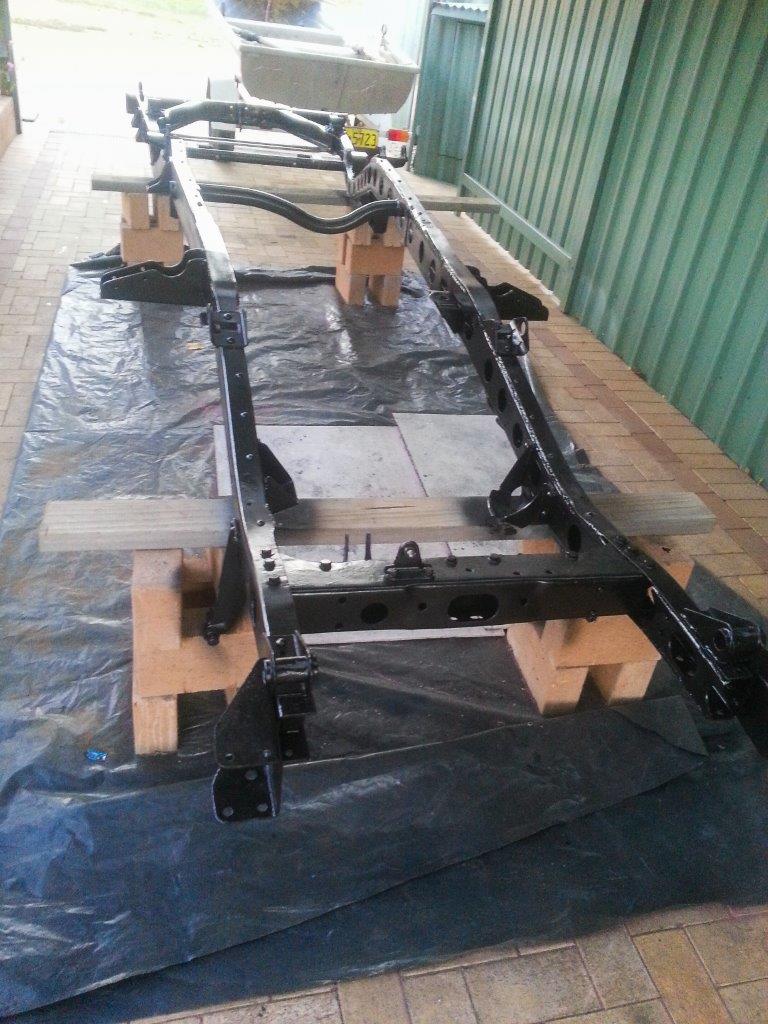 Where’s the most common rust spots?

Turn your car over often

If you buy a new 4WD every 5 years, even with a fair bit of neglect you’ll probably not be around to see the issues you’ve created anyway. In my opinion this is a pretty average attitude as you are passing on a problem to the next owner, but unless you live in salt water and don’t care for your vehicle at all its going to take a number of years to get to a bad level.

I’ve always tried to care for everything I own as much as possible to keep it in good condition, but not everyone has the same care factor, and that’s an important consideration if you are in the market for a second hand 4WD.