We barely used our induction cooktop over 3 weeks

Some time ago, we did a decent lithium battery and inverter upgrade on our Hybrid Camper, and set it up to be able to camp off grid and run a number of appliances (basically anything you’d have at home for short periods), as well as our 82L freezer full time, water pump and lights for 3 days of overcast weather.

We returned from 3 amazing weeks around the Pilbara a little while ago, and whilst we took our induction cooktop, we only actually used it about 4 or 5 nights of the 23 on the road, and the reason was simple; it was easier to just use the gas burner.

This was almost entirely because I never had a chance to fit our 600W of panels on the roof of our camper trailer before we left, and we were relying on alternator charge, and a tiny 120W panel on the roof (which doesn’t actually keep up with the freezer on its own). 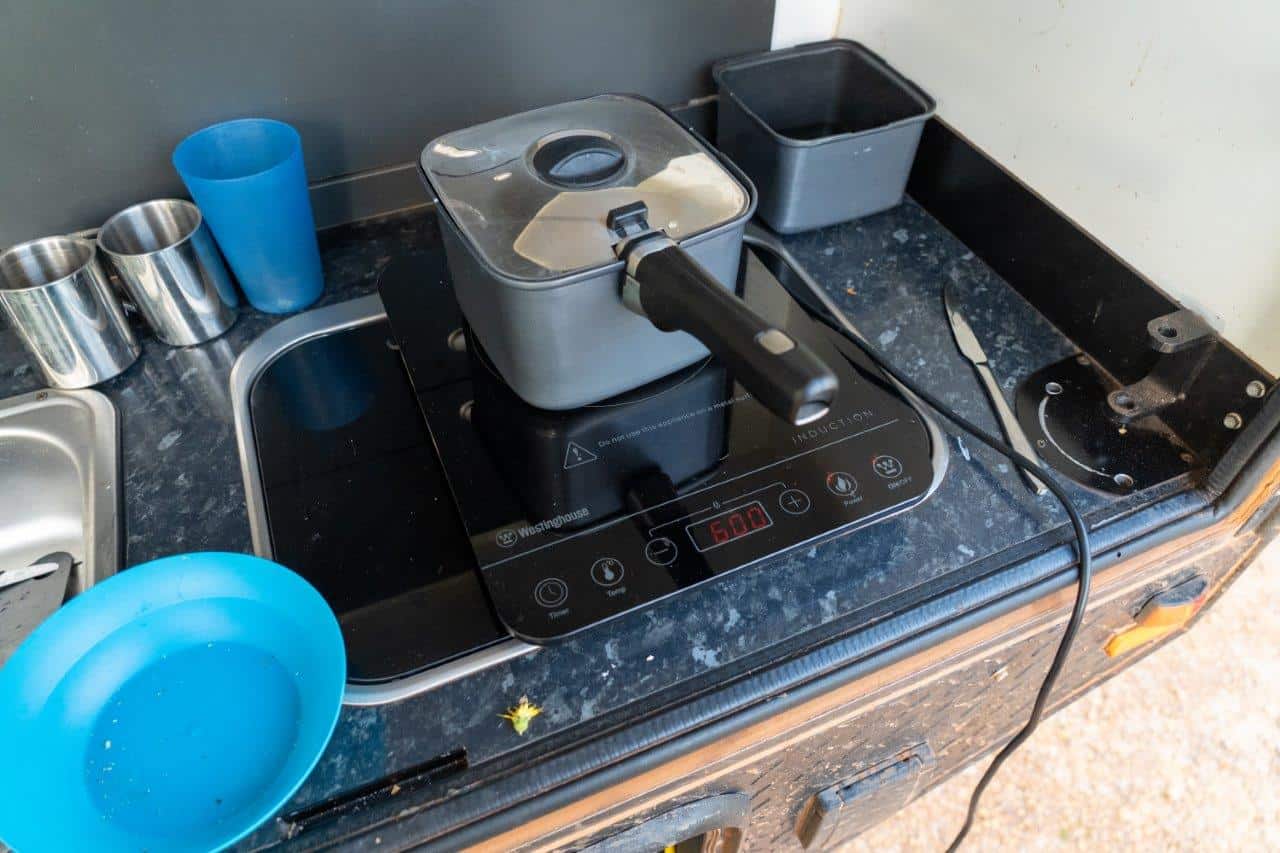 Our alternator charge was hindered

We did a fair bit of driving on our trip up north, and despite having our Enerdrive DCDC set to 50 amps, the most it ever seemed to pump into the batteries was 23 amps. I suspect it is being limited by small cable sizes, but it meant that even on a 5 hour drive we were only about to put about 110 amp hours back in, which isn’t very good.

A lot of our drives were not 5 hours, and that was about the minimum we needed to get the batteries back to a decent level. 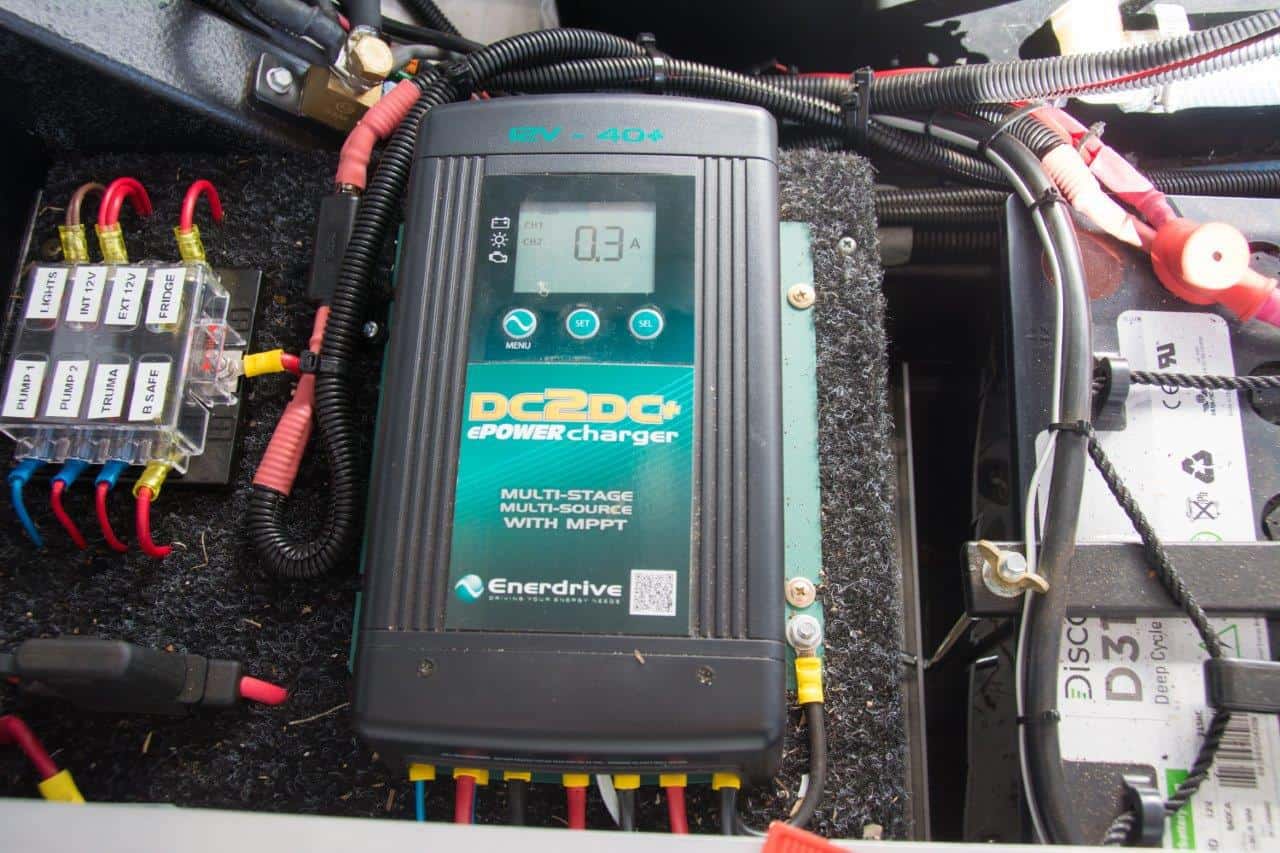 We had solar blankets and panels

We actually had a 200W kings solar blanket, 160W All Spark folding blanket and 180W folding solar panel with us, and I did get them out a few times, but it was concluded very early that if running the induction cooktop each day meant we had to pull the panels out and set them up each day, it wasn’t worth doing; I’d rather not run the induction cooktop and just use the gas instead. 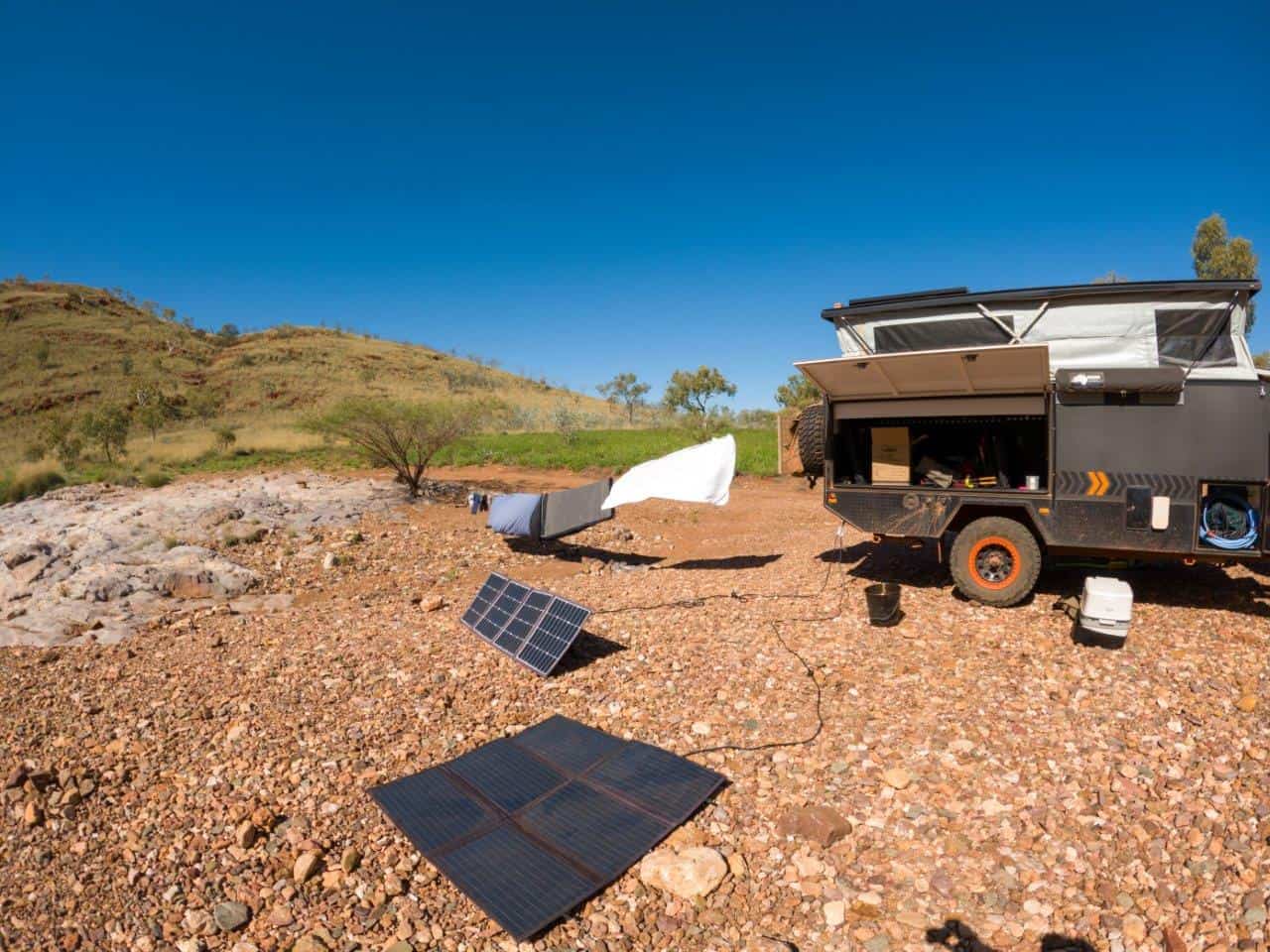 We had a few portable panels and blankets, but they take work

The other major factor on our travels was that we had a significant number of overcast days, which even if we had the 600W of panels on the roof would have probably made us struggle to keep up with the induction cooktop.

Regardless of what system you have, induction cooktops are up there with the most power hungry devices you can run. It wasn’t unusual for us to use 60 – 90 ah a day on just the induction cooktop for morning drinks, dishes, afternoon drinks (sometimes twice!), and then dinner and dishes again, and that doesn’t even consider the 50 – 80 ah a day that our freezer draws.

The end result was that over a couple of days, we had to put portable panels out just to pick the batteries up to a reasonable level to keep running the freezer, which is kind of entertaining when you have 340 aH of lithium! 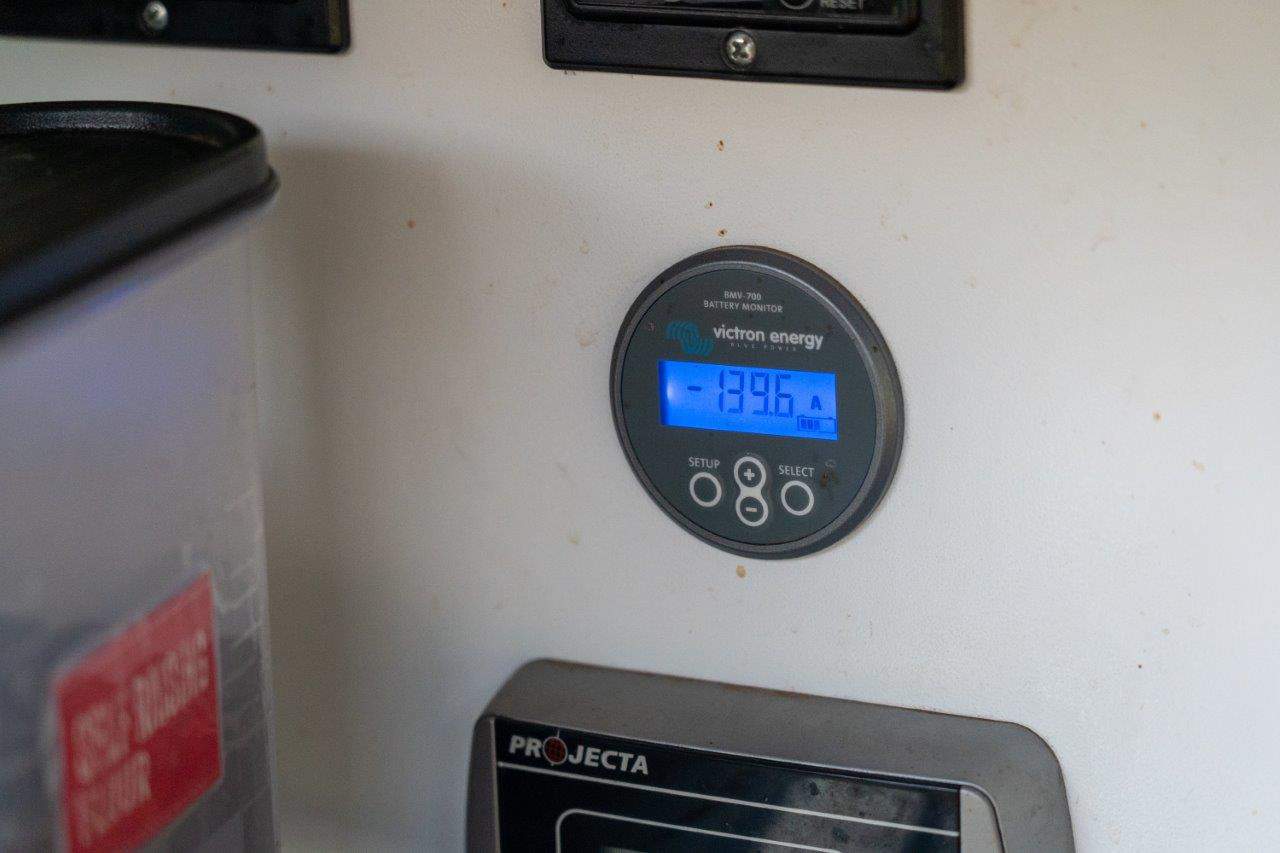 Chopping through 140 amps an hour with the induction cooktop

Most setups wont be able to rely on induction easily

If you have lots of permanent solar, with a big battery system you’ll get away with running an induction cooker a large majority of the time. However, throw in a bit of overcast weather and it is really easy for you to end up in low battery territory, and that’s not much fun.

On the flip side, if you carry portable panels, I think you are mad setting them up at each camp site just so you can run an induction cooktop, unless you are staying a long time. For us, the idea of setting multiple panels and blankets up for one or two days was not worth the effort it took; we’d rather just use a gas burner, and we did this a number of times.

If you don’t take a backup gas burner, you are also probably taking a decent chance. I’ve seen the induction cooktops fail, and that can put you in a world of pain, even if you have plenty of battery capacity and solar to fall back on!

Beyond that, unless you have a huge system, there will probably be times where you’d be wise to put the induction away, and use the gas to give your batteries a break while they top back up to a reasonable level! 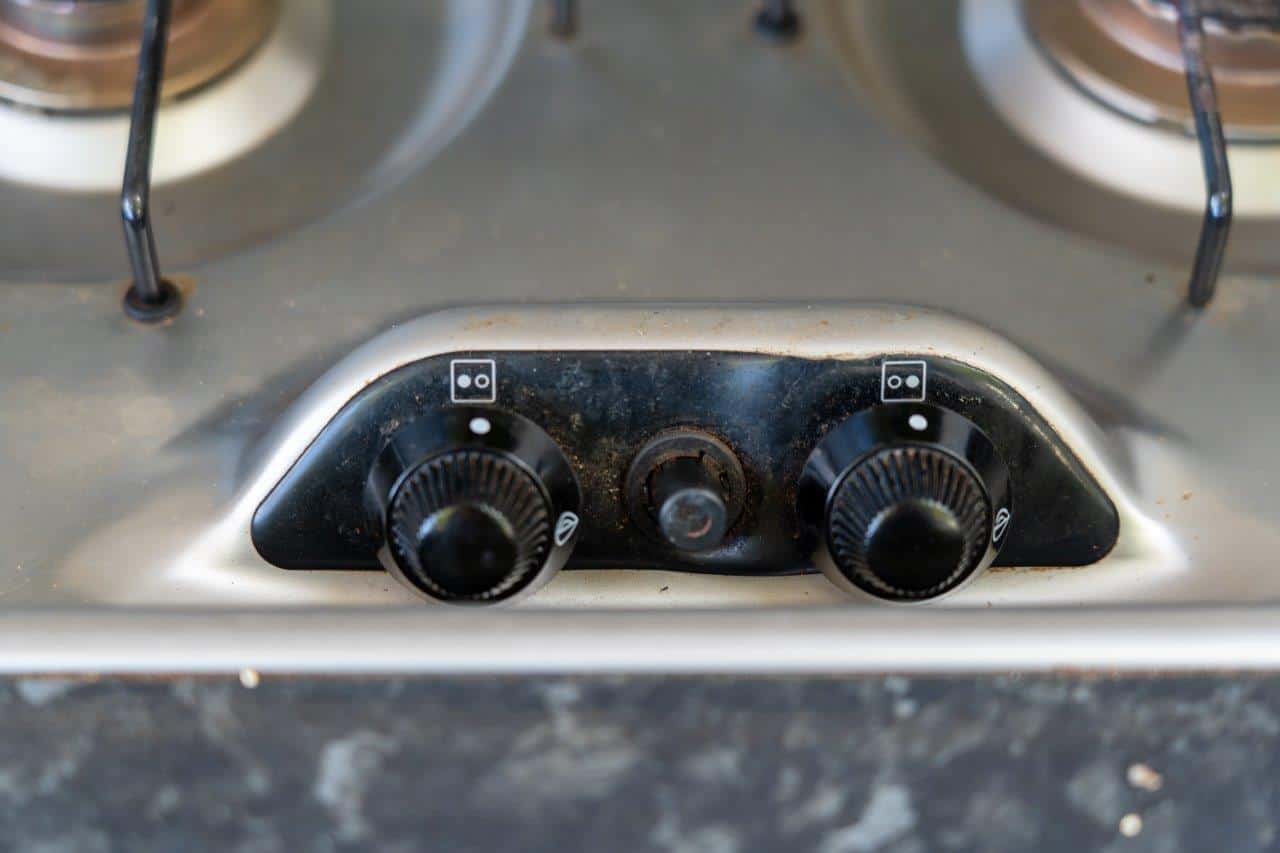 Gas burners are a great backup