I laughed when Sarah came to me and suggested we should make Chocolate and Marshmallow Damper. What a combination! We’ve done the usual apple and cinnamon, varieties of fruit, several savoury options and plenty of plain dampers before, but never anything this exotic.

I’ve got to say, this was probably the best damper we’ve ever made, despite it looking hilarious during the mixing stages, and me telling Sarah there’s no way it was going to work. We cooked this in Exmouth in our new Weber, and will give it a whirl in a camp oven next time we have a fire. We did it in a cake tin, and used some aluminium foil to avoid a giant mess

This is probably the most unhealthy, but most delicious damper you’ll ever eat in your life! 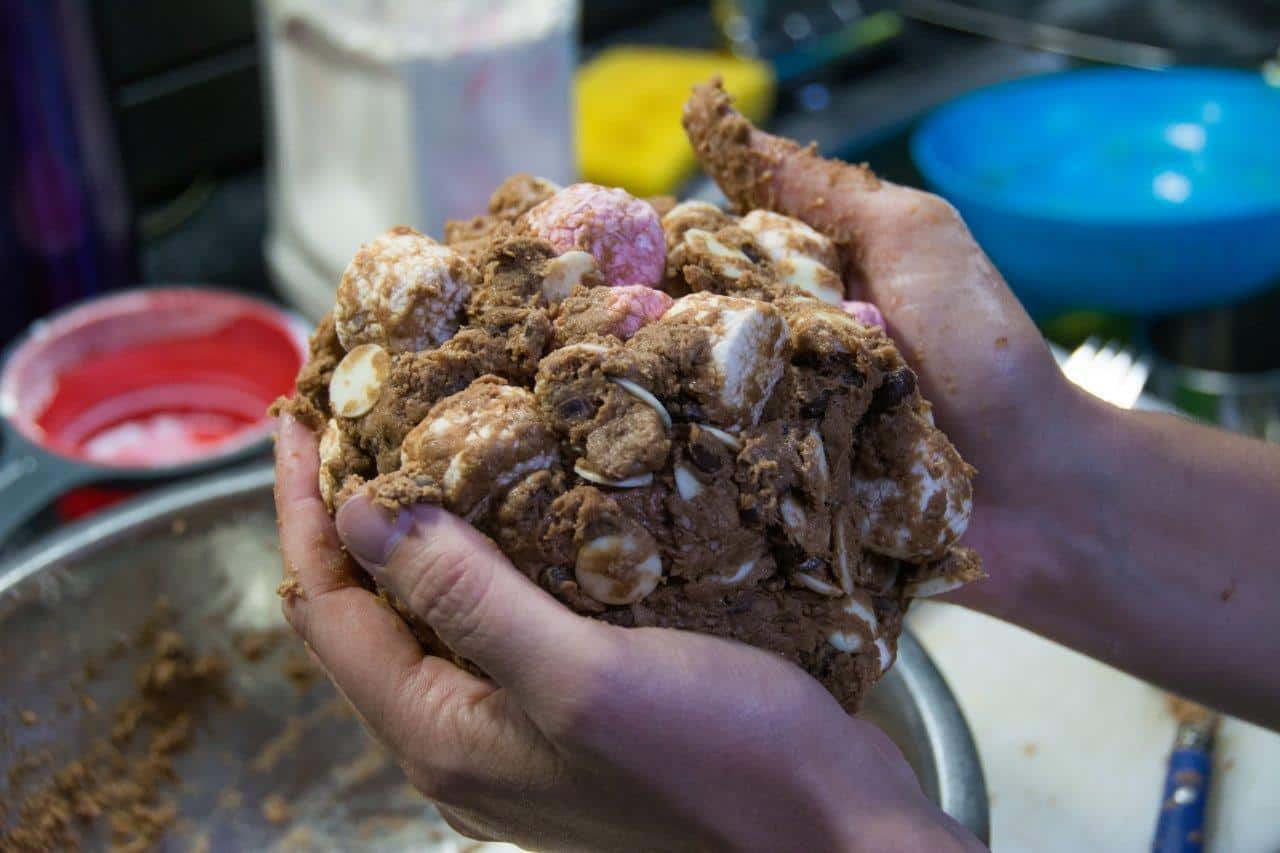 The most delicious damper you’ll ever make 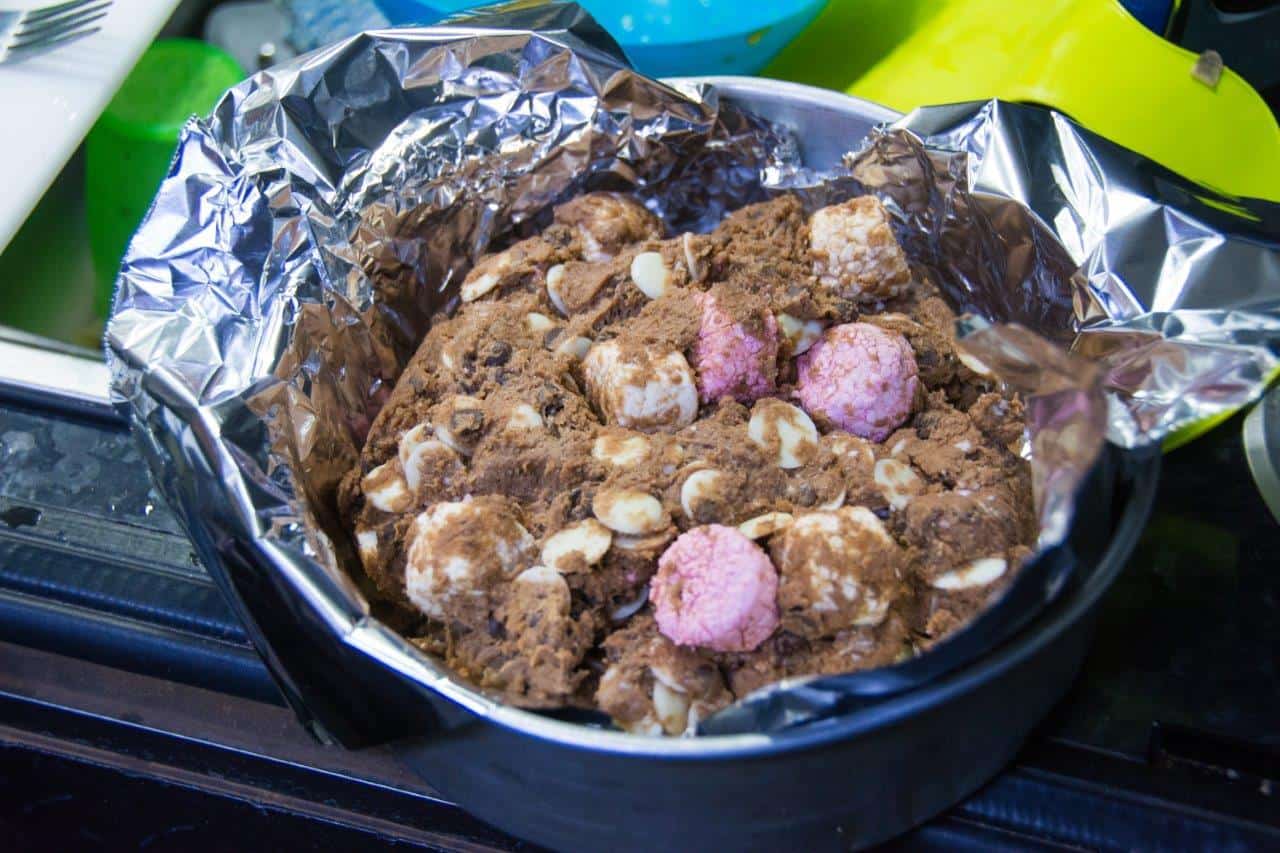 Ready to go into the Weber or camp oven

Mix the flour, sugar, chocolate chips, marshmallows and cocoa powder in a bowl together.

Add the butter and a good squirt of golden syrup.

Rub all of the ingredients together with fingers until combined. Expect this to be messy!

Add the milk in slowly and work together until mixed and shaped like a ball.  Add more flour or milk if needed, until you have the usual damper consistency (just full of other goodies!).

Throw it in a camp oven or on a Weber on a foil lined trivet for 30 mins or till cooked.

Remove the damper and admire it

Eat it hot, with some whipped cream or ice cream 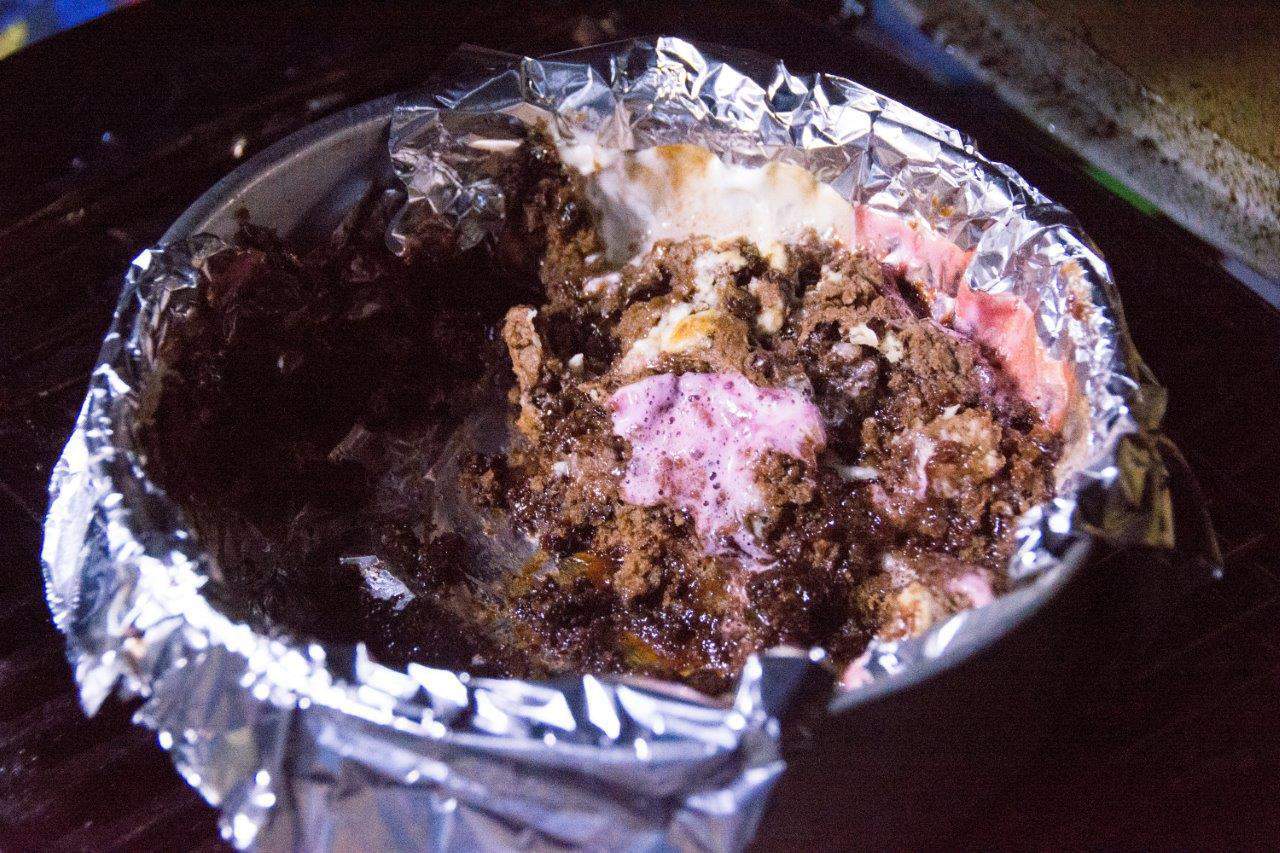