Ryobi 18V Fan Review; how useful are they?

Before heading north for 3 months, we knew we’d have a hard time getting Oliver to sleep in the tent during the day without a fan.

Our soft floor camper trailer has a heap of windows, but unless its completely in the shade, it just gets too warm inside to sleep comfortably, and he needs his sleep during the middle of the day (for his sanity, and ours!)

Most of the time we were happy to have him sleep during a car drive, but there are times when its nice to relax around camp without him to look after, and you don’t get the luxury of unwinding when driving from place to place. 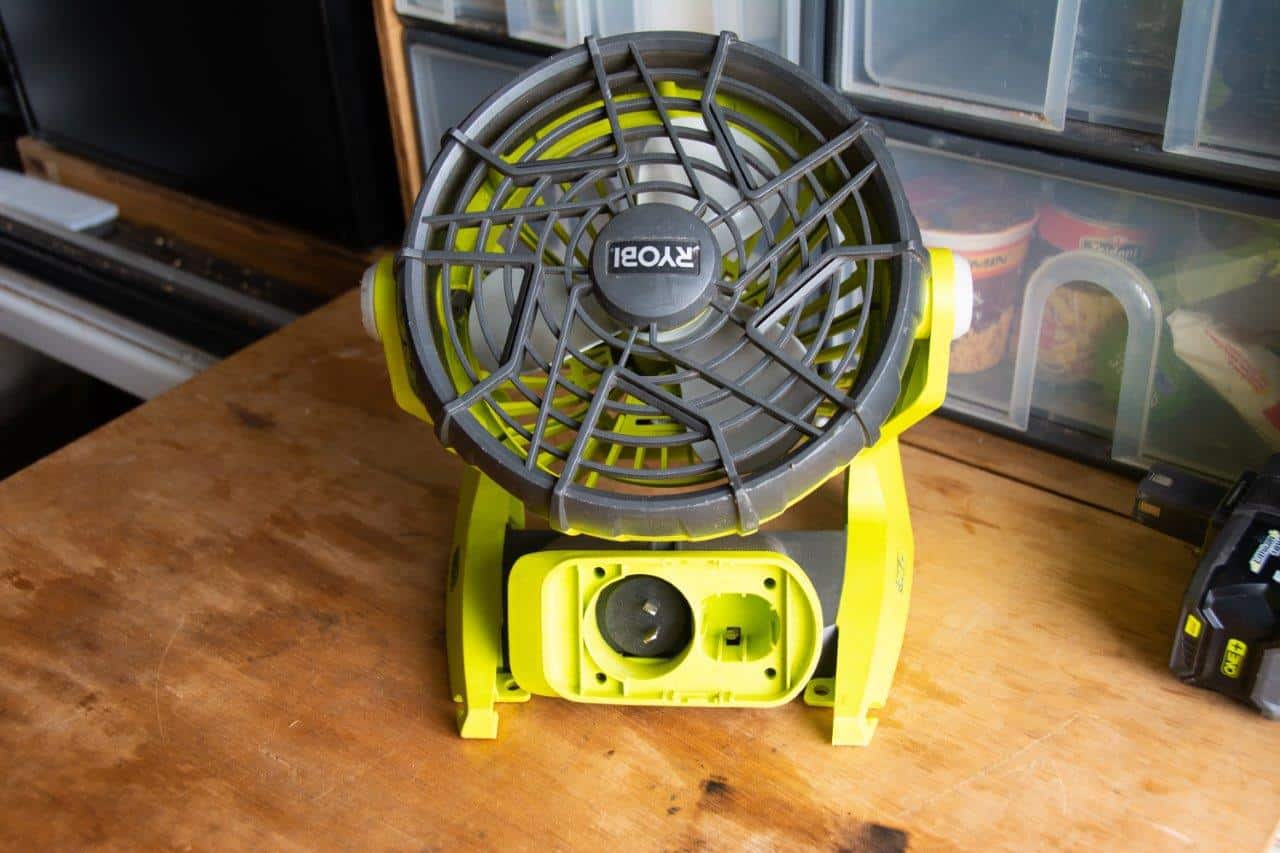 Looking for a good camping fan

I looked at a heap of different options; ceiling fans that fold up, expensive 12V wired and battery fans and eventually decided on the Ryobi 18V fan, with two speeds.

I knew these work pretty well, and with a few other Ryobi tools and batteries already I figured why not! Our Ryobi Chainsaw is going great, and they are pretty good value for money in general, as a brand. 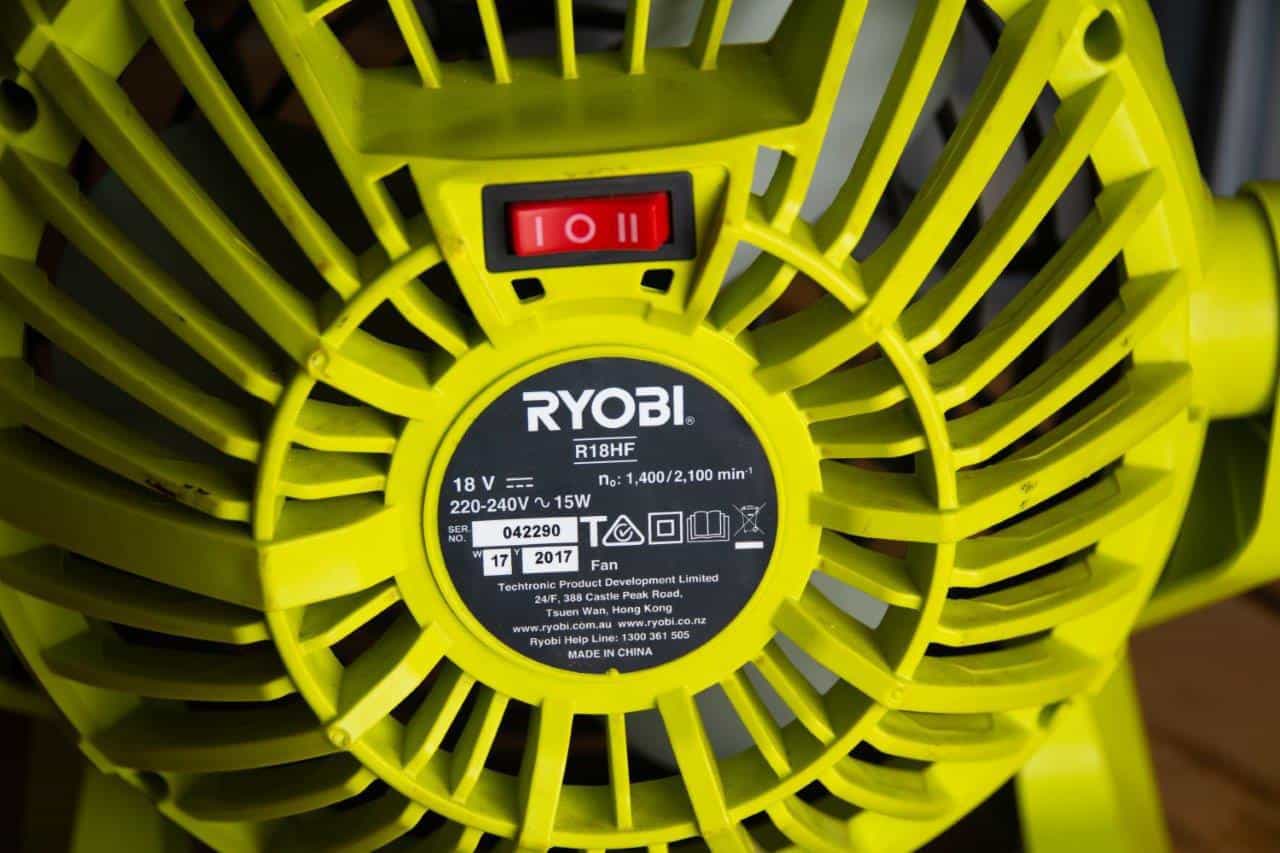 The specs on the back of the Ryobi Fan

How long does the battery last?

A 4 amp hour battery lasts about 5 or so hours on the higher speed, and that’s heaps for a couple of days sleeps.

Even if you had a small 1 amp battery, it’d last for long enough for a couple of hours. Alternatively, if you have access to 240V power, you can run it straight off that too. 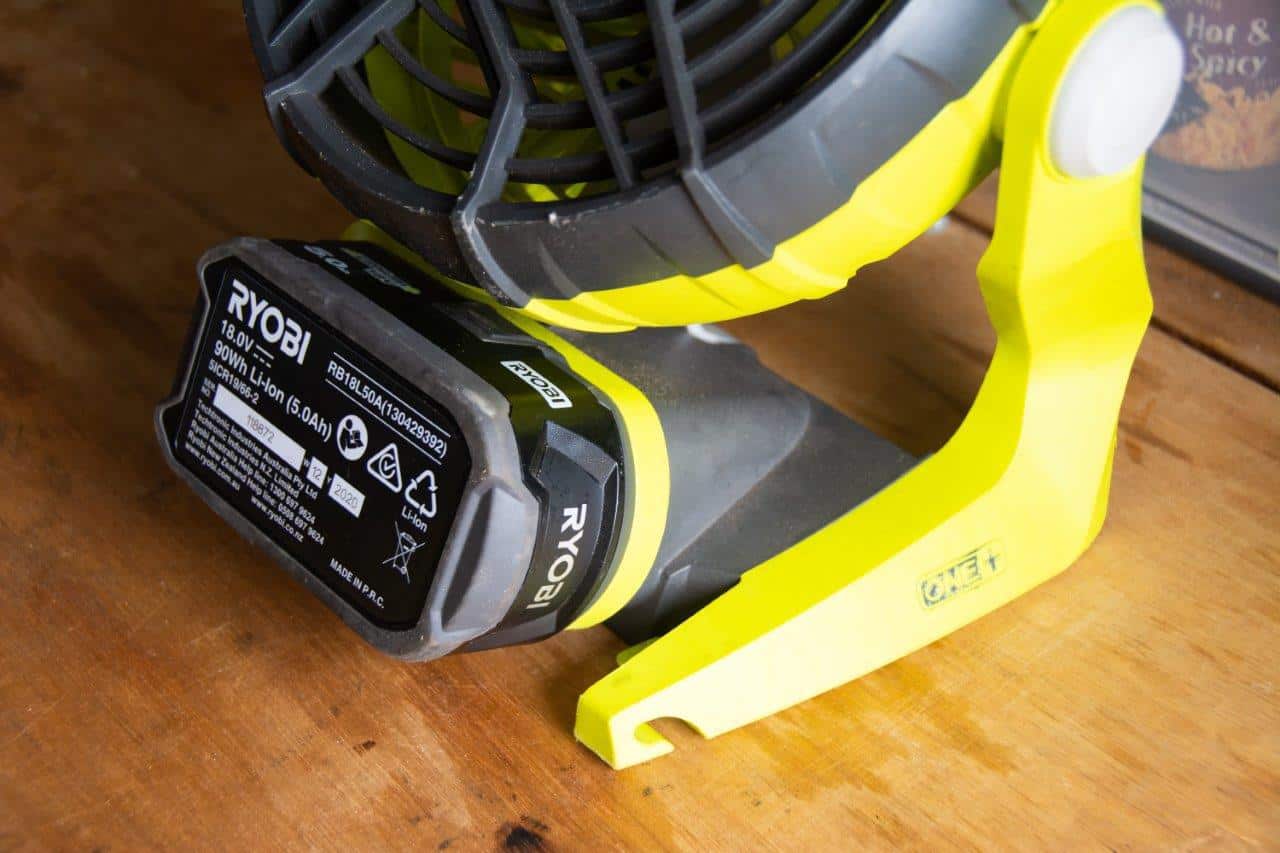 A 5 amp hour battery would run the fan on high for many, many hours

It’s got a hook, along with a few different ways that you can turn it to mount it in different positions. You can run it off 240V if you really want, but the batteries work very well for us when camping.

We did use it a few times ourselves when laying on the bed during the day, but Oliver was usually up there with us. In terms of a camping fan, its a pretty good option.

Is it any good?

Overall, we are pretty pleased with the fan. It’s not that heavy (but its not exactly light either!), runs for a decent time frame and puts out plenty of air. It swivels around 180 degrees and can be sat in lots of different positions. Being portable we can use it all over camp, which comes in handy.

It is big though and that’s annoying for storing it to travel; just another one of those things that you have to jam in somewhere! That said, I wouldn’t leave it at home with a young kid, warm temperatures and enough room to fit on.

Without it, we’d never be able to relax at camp while the bub sleeps; you’d be mad not to have something to keep them cool. Its an absolute must for getting them to sleep during the day, and that’s important when on the road.

It’s a tick for our Ryobi Fan Review from us!

What do you have? Are you happy with it? 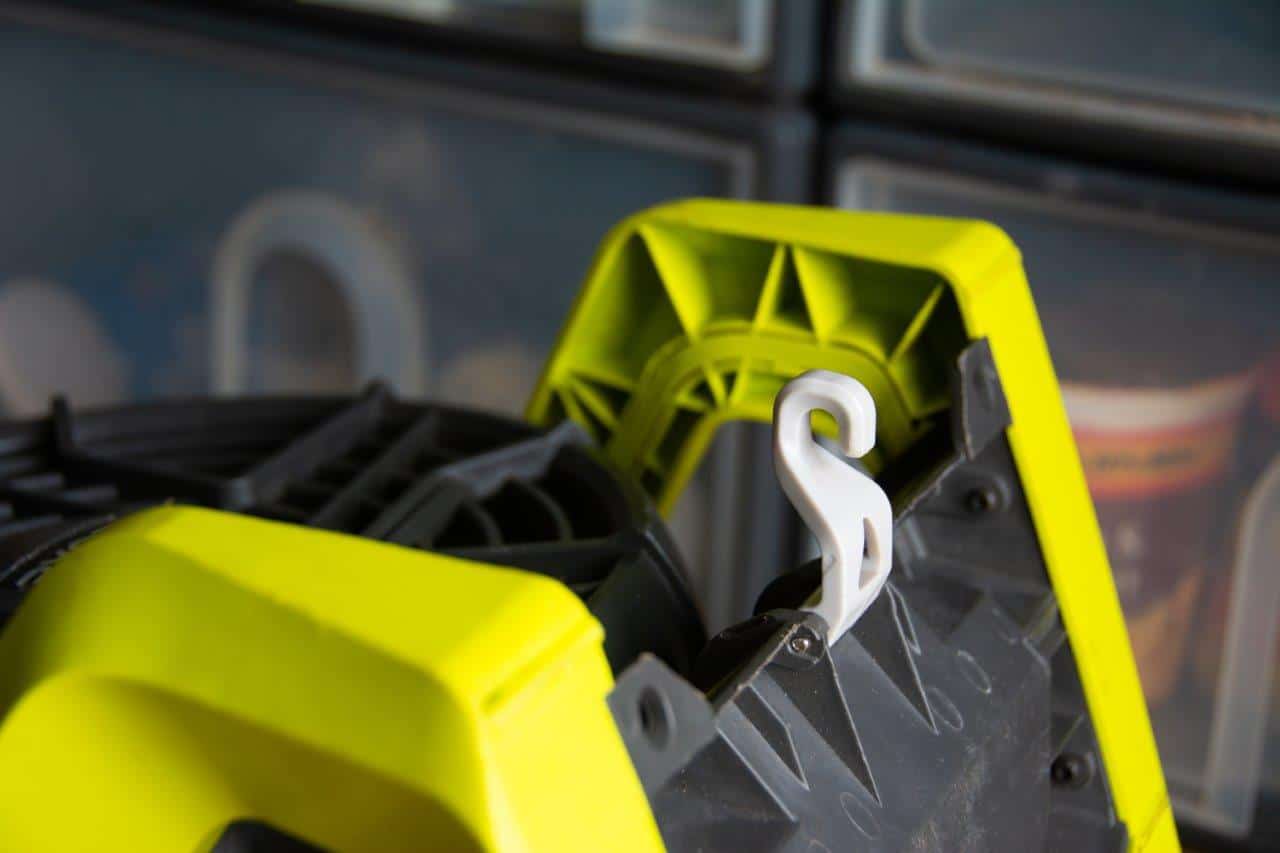 You can hang it off various places, but it is pretty chunky