I love potatoes, and eat a lot of them. We’ve done a number of Potato Bakes over the years, on a fire in a camp oven, and rarely had one that wasn’t any good. We just grab a heap of ingredients and throw it in a camp oven, or a cake tin in a camp oven and drop it on the coals.

If you want another potato meal, we love our Potato cubes as a side.

You can be super flexible with what ingredients you use; as long as you have a handful of the primary ones it doesn’t matter if you add extra, or miss a couple of items. This is one of our favourite Camp Cooking recipes. 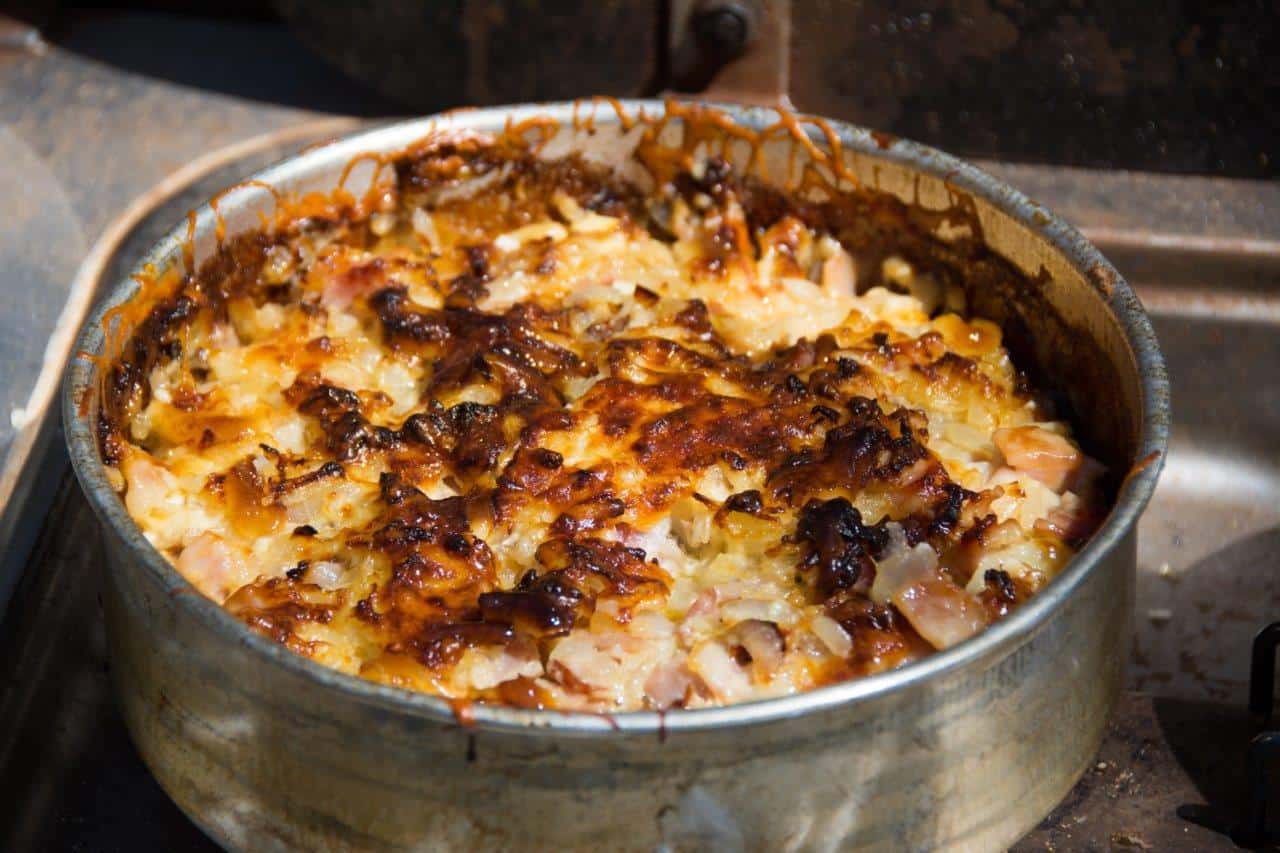 Sour Cream (to put on top) 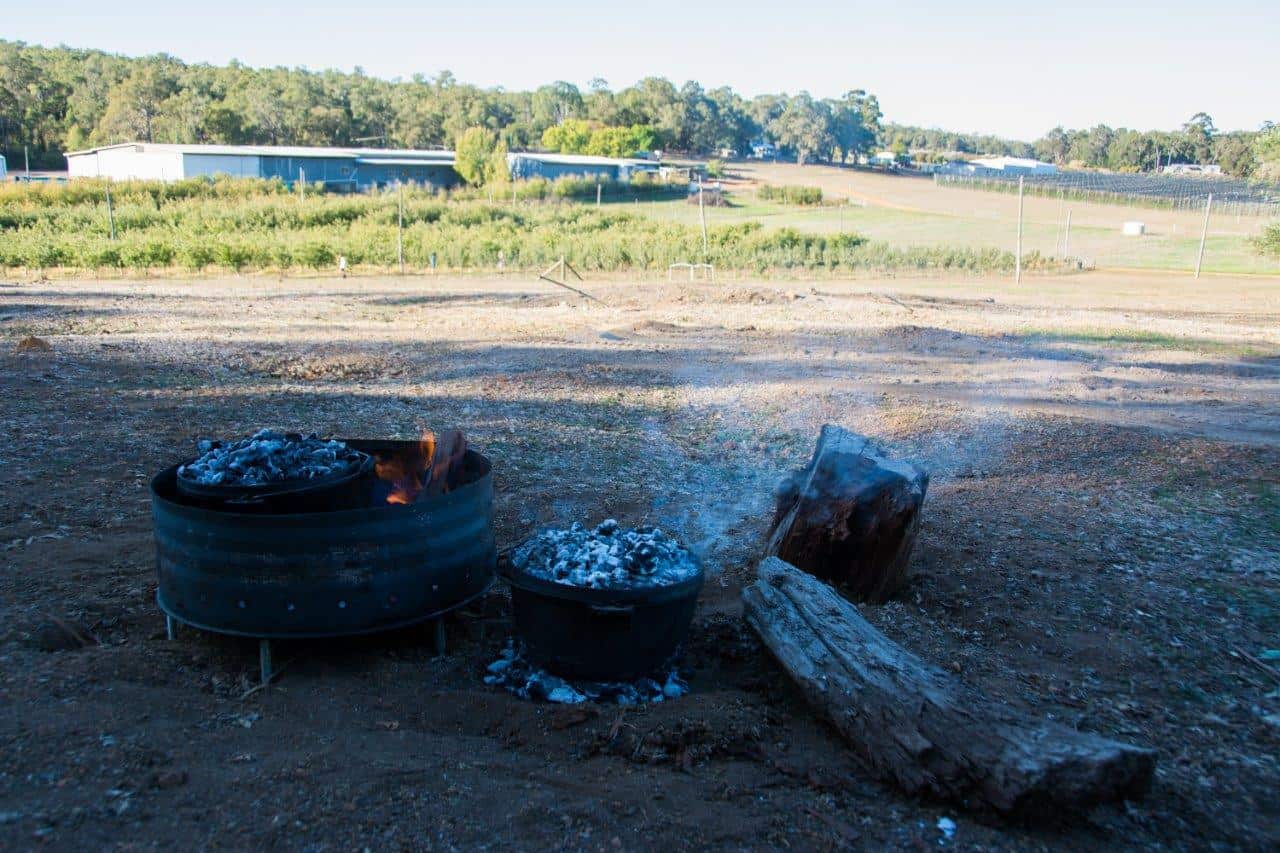 Cut an onion into small pieces

Layer the potato, onion, bacon, cheese, sour chive soup mix and mayo in the camp oven. As long as its reasonably evenly distributed you are onto a winner.

When you’ve added enough into the camp oven, add a layer of cheese and mayo.

Put the camp oven onto some coals, and put a small layer of coals on top too.

Check the camp oven after 20 minutes, and then every 10. Once the potato is soft (use a fork) and the top is turning brown and crispy its good to eat. Add sour cream to taste

What you end up with is a camp oven potato bake that is delicious, easy to make and a perfect side to a BBQ. Since the kids have started eating more potato bake, we often make this recipe. Yummo!