Territory Wildlife Park; is it worth going?

We’d planned to visit the Territory Wildlife Park when staying in Darwin; its only about 50km south in Berry Springs, and has pretty good reviews.

However, an opportunity presented itself while we were staying at Dundee Beach as there really wasn’t much else for us to do, so we headed in for the day. We did a few of these ‘touristy’ things on our 3 month trip up north, and really enjoyed them. 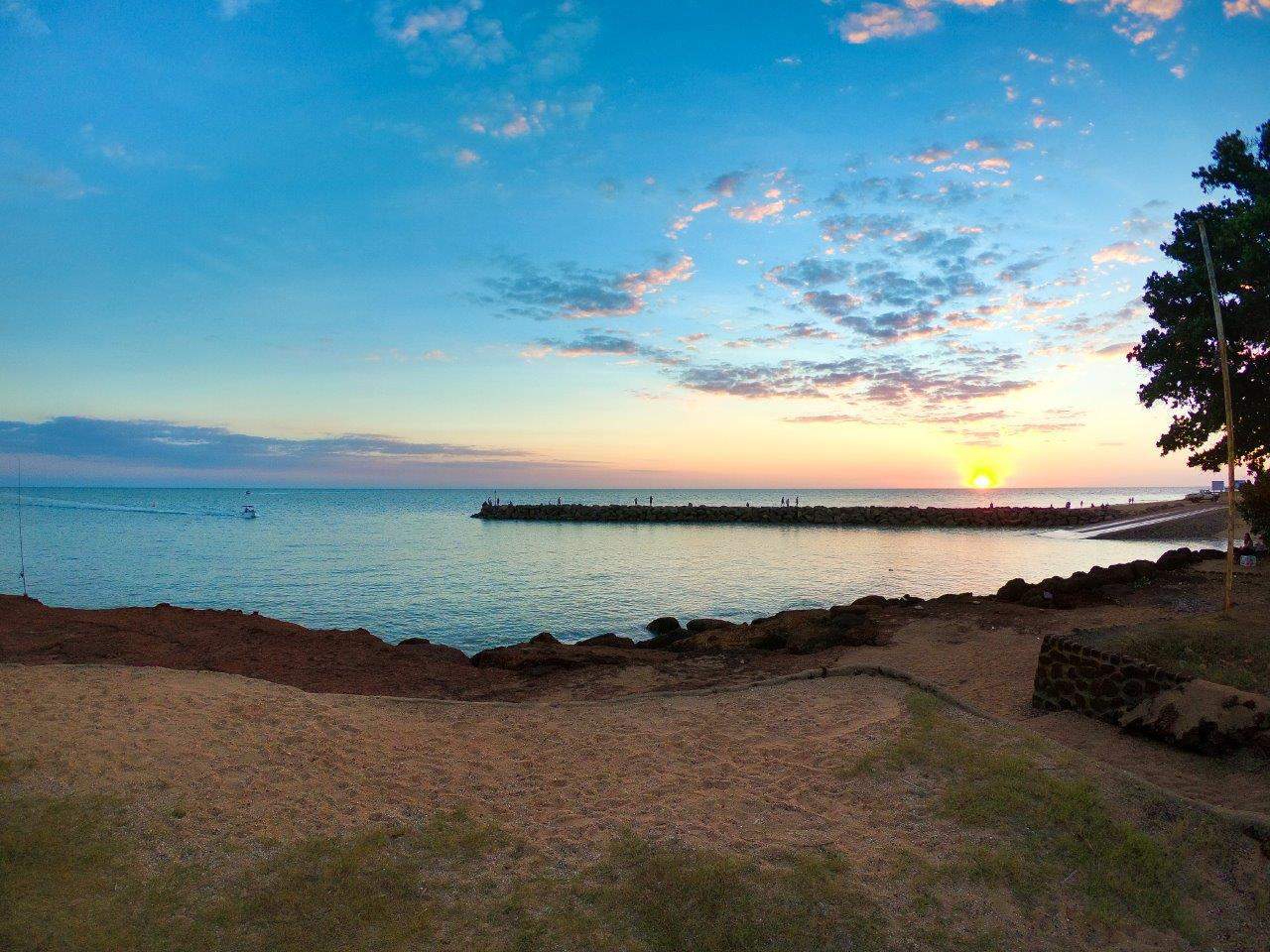 Dundee Beach is beautiful, but with a toddler there isn’t much to do!

I wasn’t really sure of what to expect, but it well and truly exceeded my expectations. 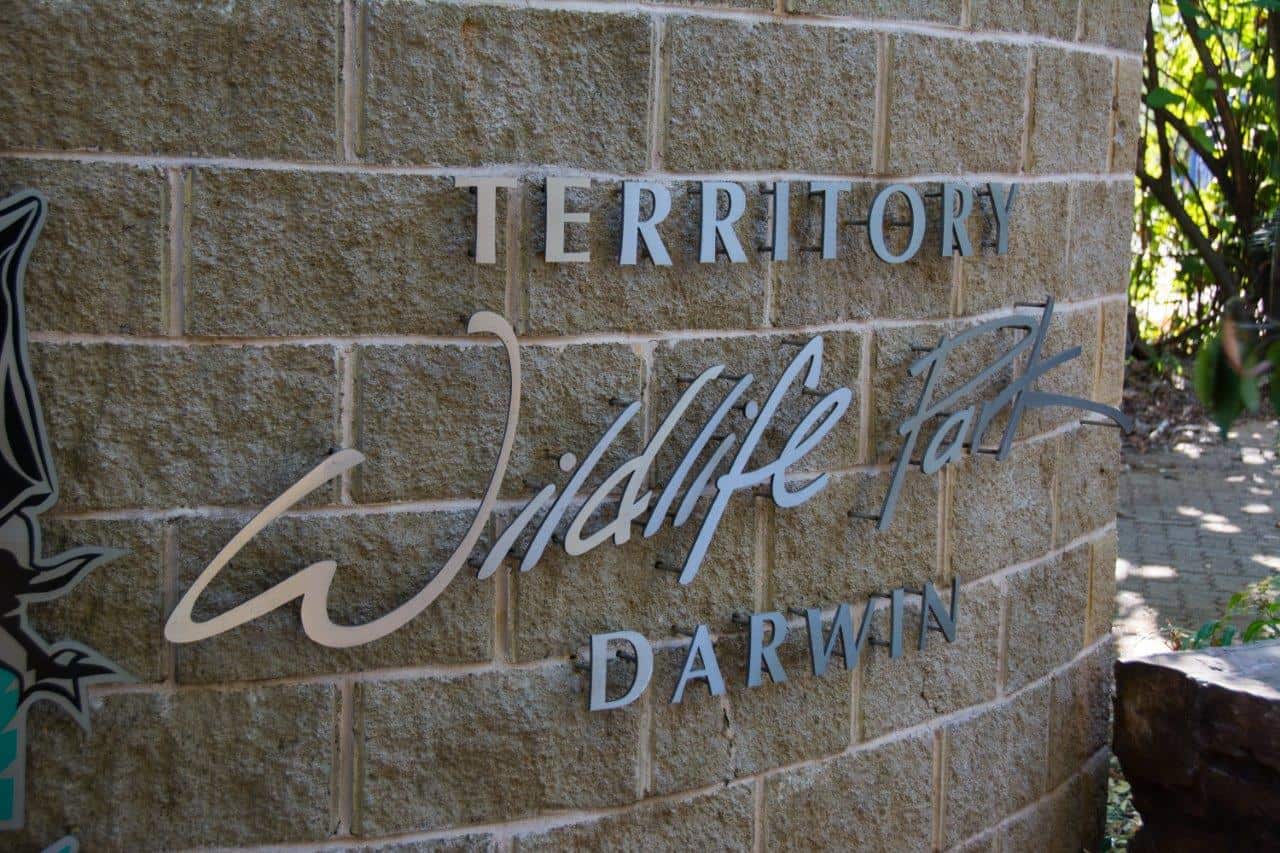 At the Territory Wildlife Park

You’ll find the Territory Wildlife Park in Berry Springs, about 50km south of Darwin, and an easy 45 minute drive. You’ll find it just a few minutes down the road from Berry Springs (the amazing swimming location!)

It’s built on a perfect slice of land that has a number of the animals natural environments occurring naturally. You can walk out to the billabong and see crocodiles, turtles and fish, or head to the monsoonal forest that exists naturally with a beautiful stream flowing through it.

The animals have great enclosures and are well cared for, and there are some really interesting presentations put on throughout the day.

You can head to the aquarium and start off looking at the fish and animals seen in fresh water parts of the Northern Territory, and follow it through to what you’d see in the open ocean. The staff are friendly, passionate and make the day a lot of fun. 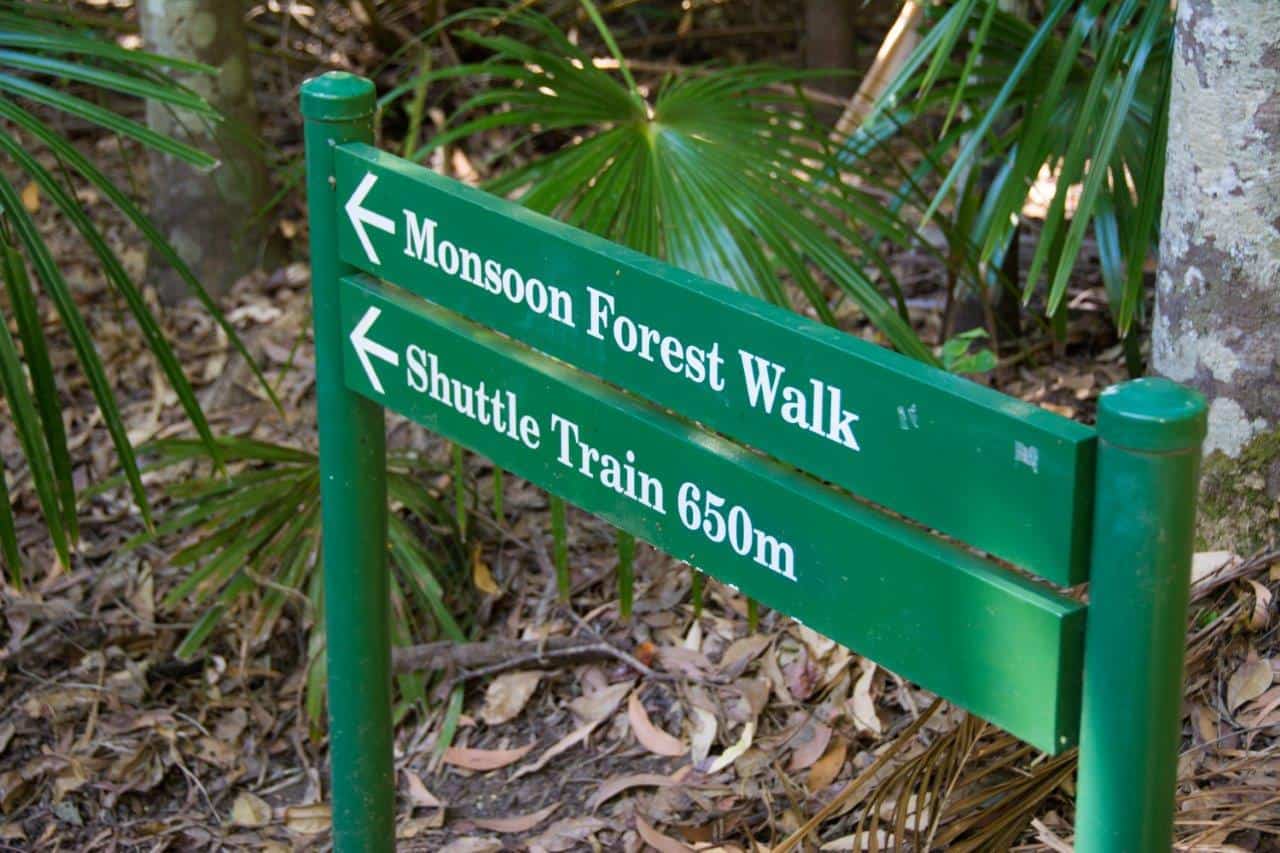 Lots of signs around the park 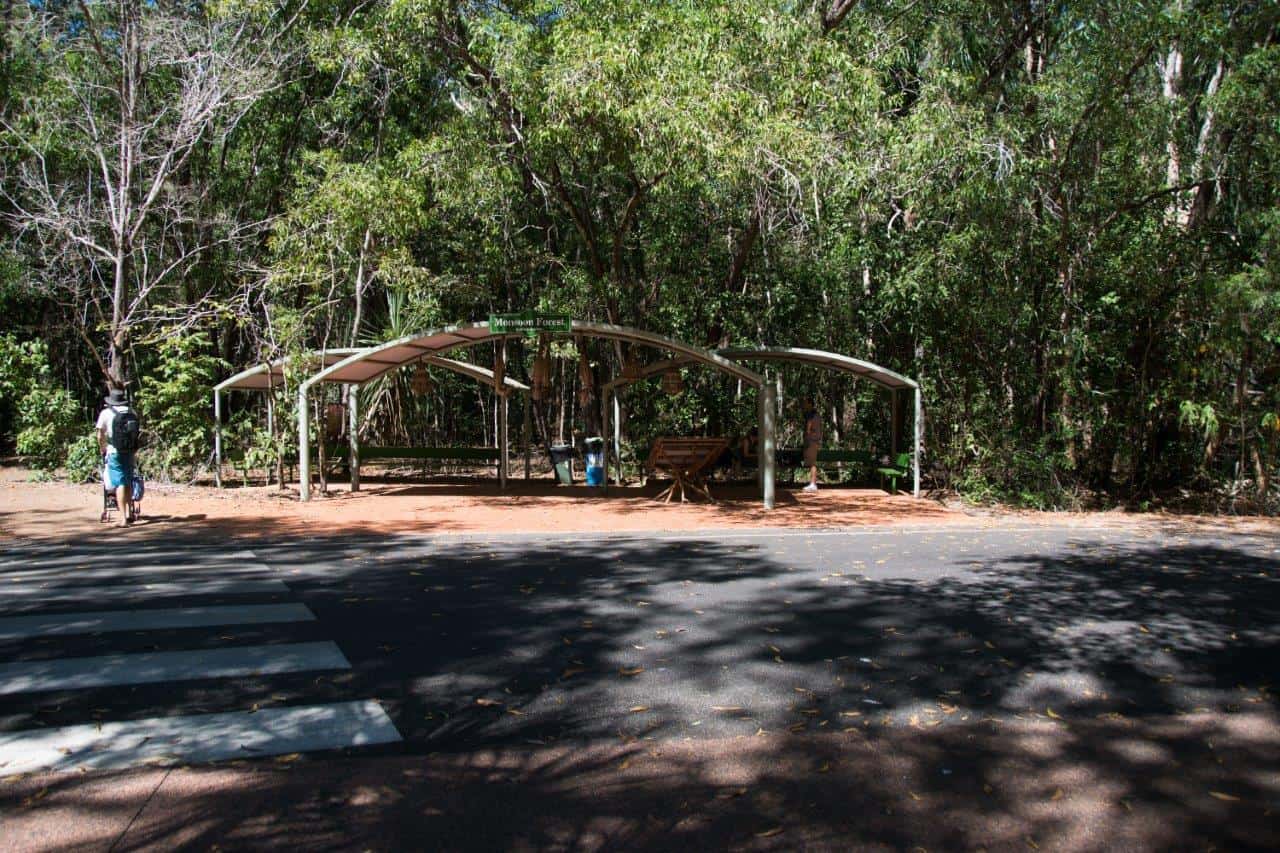 Exploring all the different areas 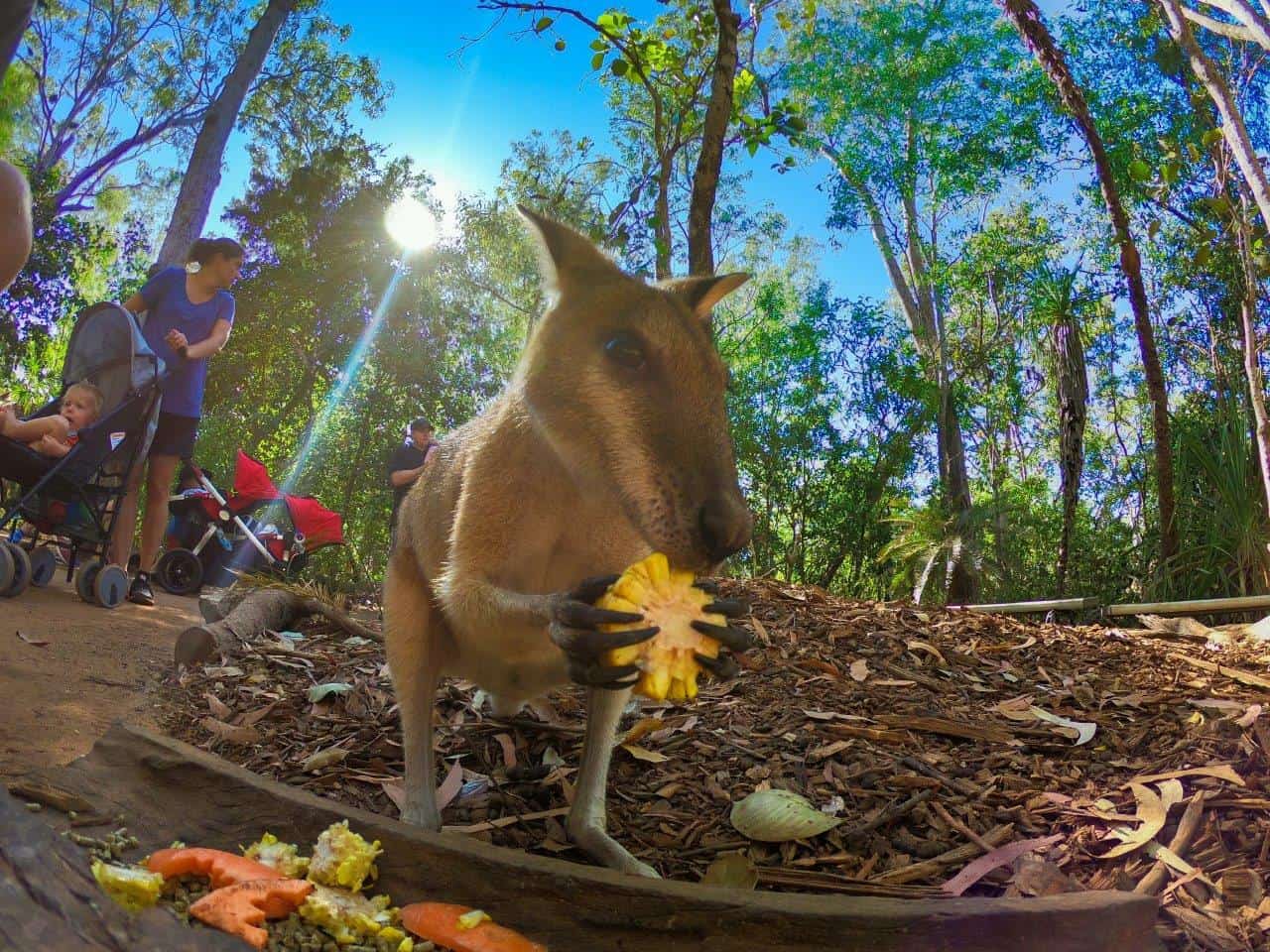 What does it cost to get in? 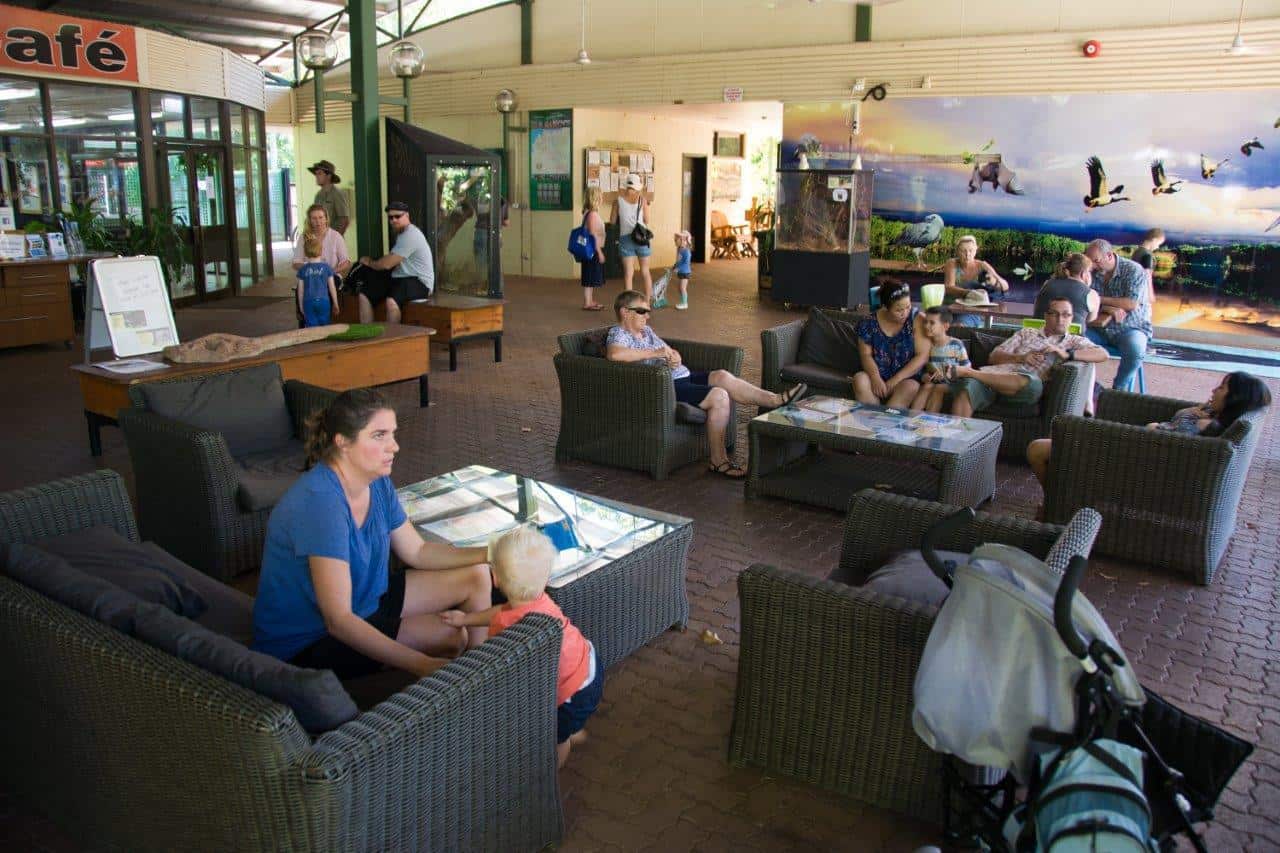 When are they open?

9AM to 5PM every day of the week, except Christmas Day 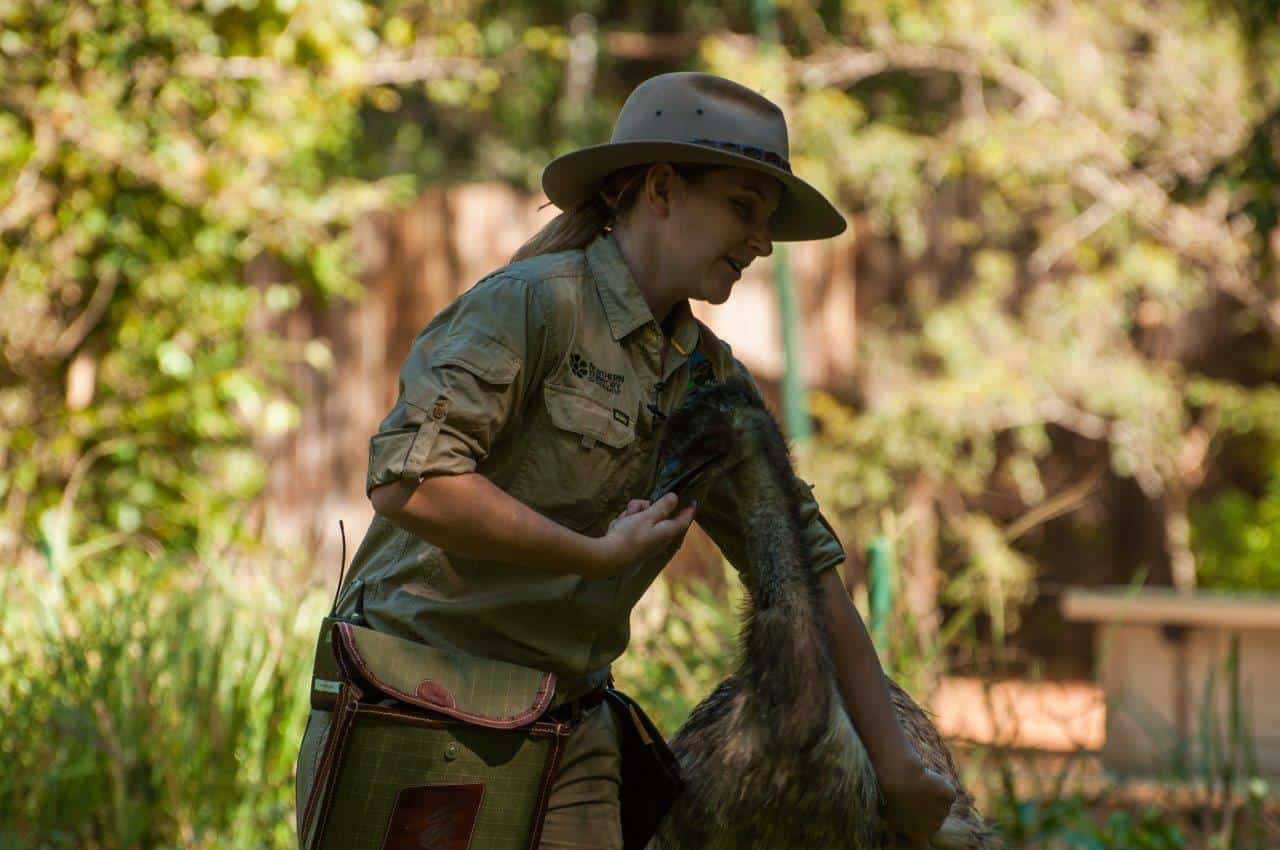 At the bird show

When’s the best time to visit?

You can visit any time of the year, with the dry season being the more favourable weather. That said, if you don’t mind the weather you can head there any time you want!

How big is it?

One of the things that really surprised me was the size of the territory wildlife park. Most animal parks and zoo’s have a heap of enclosures right next to each other, but not this wildlife park.

Each enclosure is spread a decent distance apart, with most being around 200 – 400 metres. Almost all of them are natural habitats, which existed long before the park did, but its been set up with a number of great walk trails throughout the park and a road that does a great big loop. 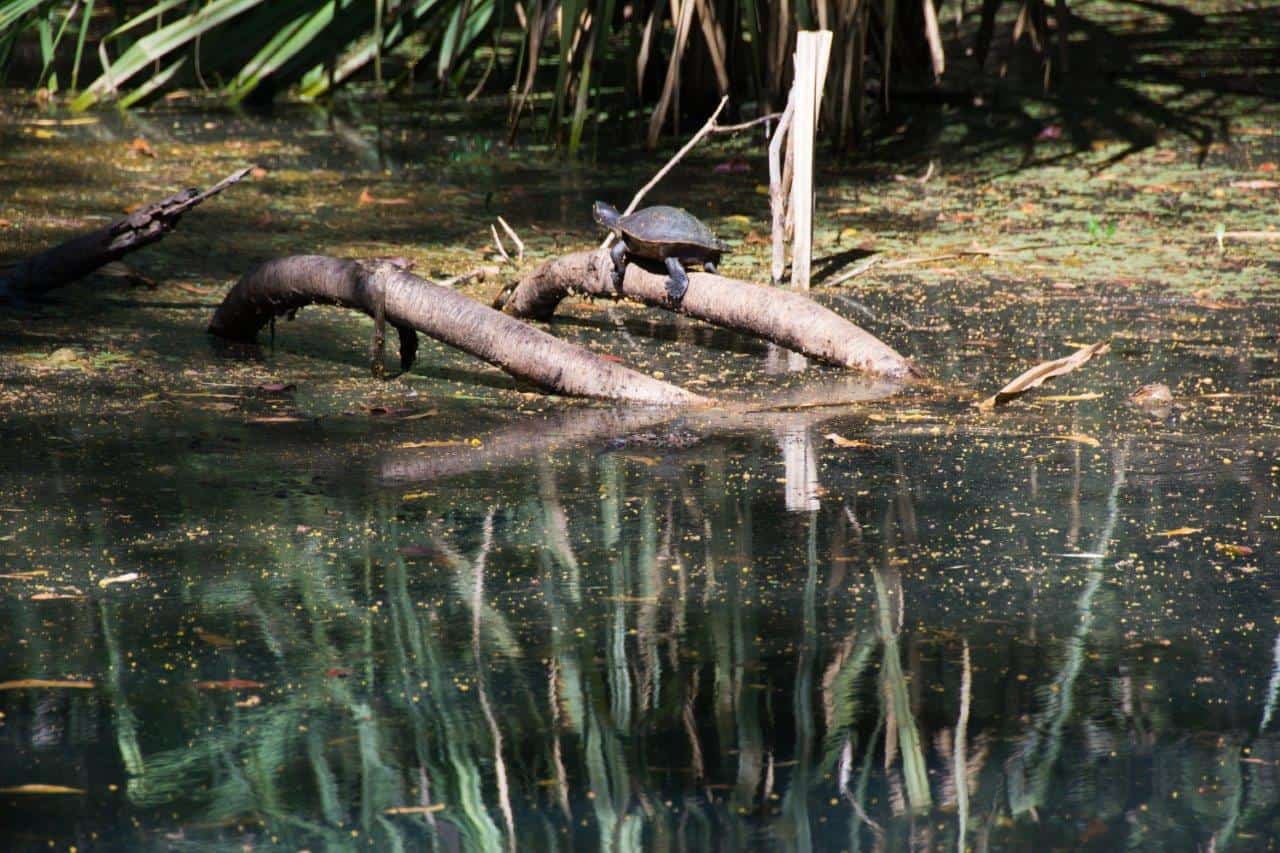 There’s so many places to see 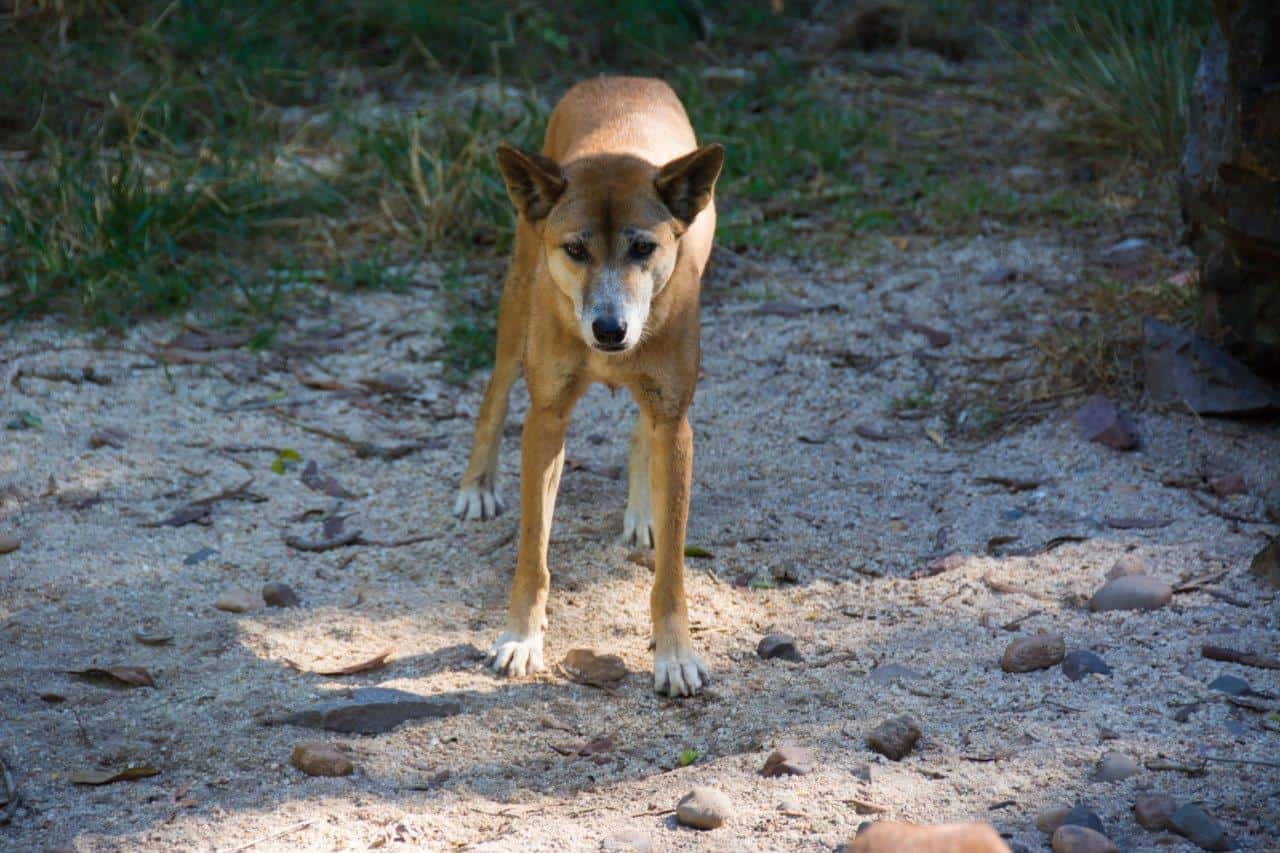 Checking out the dingo’s

Get on the train

Fortunately for most people, there are one or two ‘trains’ that run around the loop every half an hour, picking people up from wherever they are and then you just get off wherever you want.

We used it a couple of times, and walked a fair bit between the enclosures too. However, its great to head back in for lunch if you want, as some of the further out enclosures are about a kilometre walk. 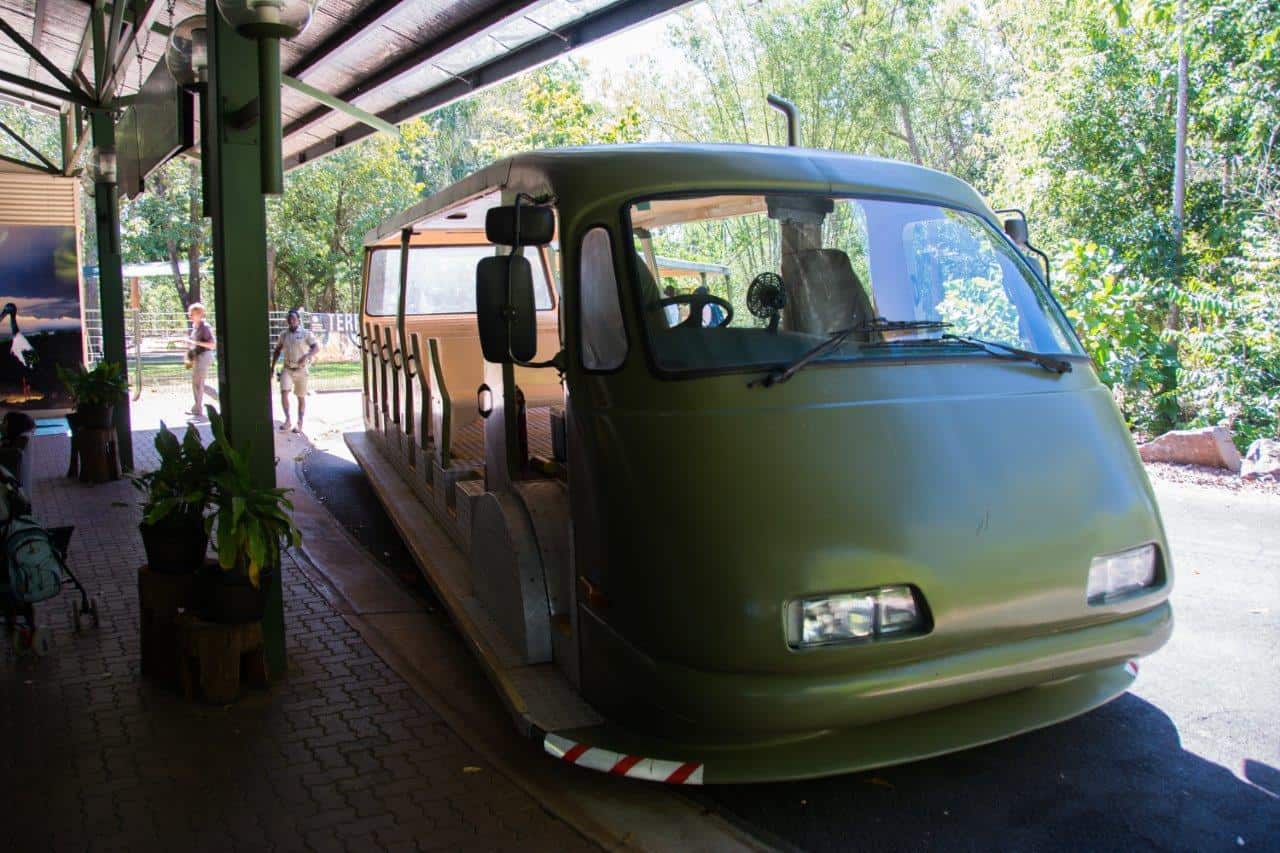 The ‘train’ that goes round and round at scheduled times. It’s a great way to travel quickly and comfortably

Most of the walk trails are well shaded, with a lot of them being boardwalk or concrete paths, and the rest being hard gravel. They are pretty much flat everywhere, and the signage is good, meaning you don’t have an issue navigating your way around.

As this was a relatively unplanned option, we bought food. In fact, the damper I was going to eat for breakfast wasn’t looking so good, so that was ditched, and I had a very random breakfast in the car park from the back of the 4WD.

However, we bought lunch, which is something we generally avoid doing at touristy places as the prices are normally ridiculous and the food not that great.

However, we got a decent slice of pizza, a box of chips, a soft drink and a cheese/bacon hot dog for under $20, and two ice creams as we were leaving for under $3. A big win – if this sort of thing was in Perth, it’d be hugely expensive.

As usual, I prefer to bring food – its healthier, and the other benefit in a big place like this is you can eat it where you want – we had to wait for a train and catch it back to the cafe to eat, which wasted a bit of time. 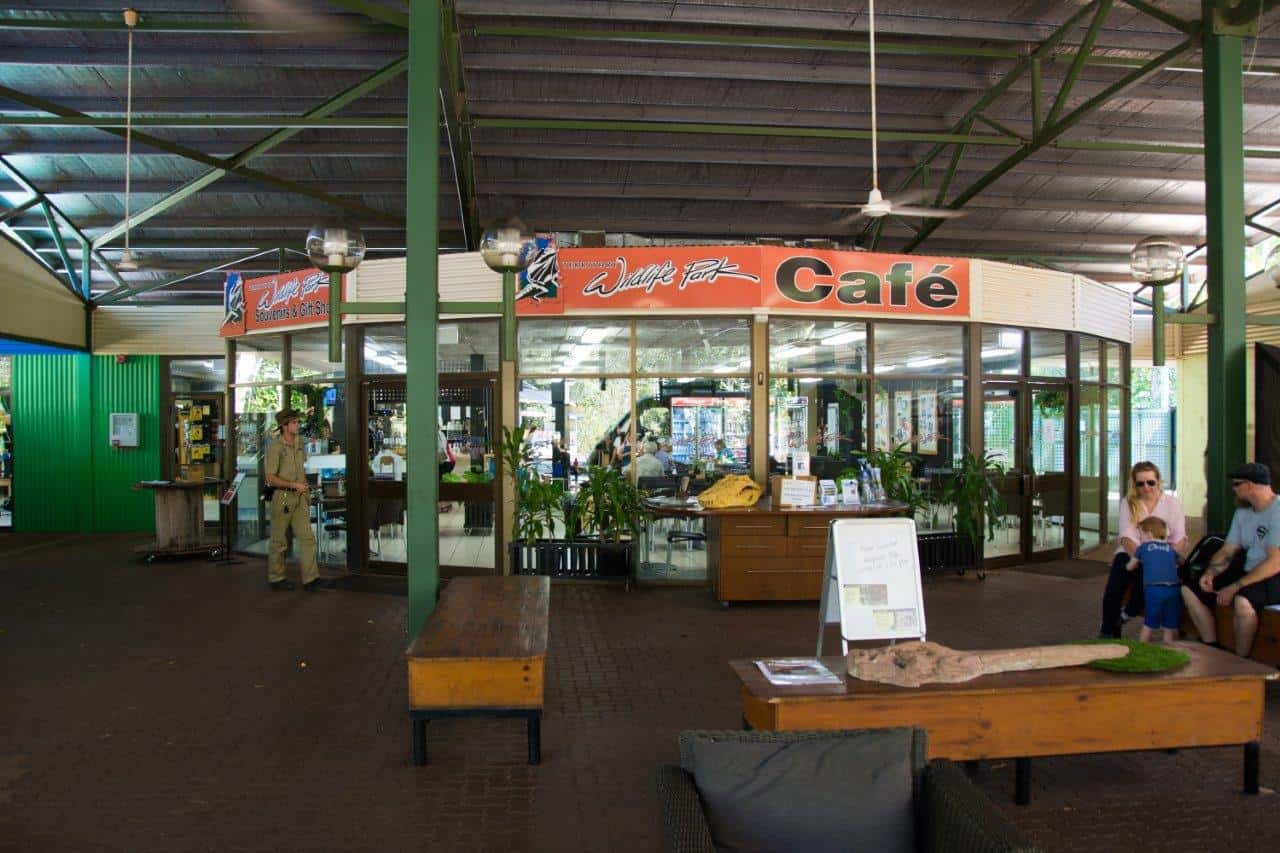 The CAFE is actually pretty reasonable, all things considered

If you visit and expect to see it all in a couple of hours, you are dreaming. We were there from 9:20AM until around 3:30PM and saw everything except the buffalo enclosure with a relatively quick lunch. You want to spend the better part of a day here if possible 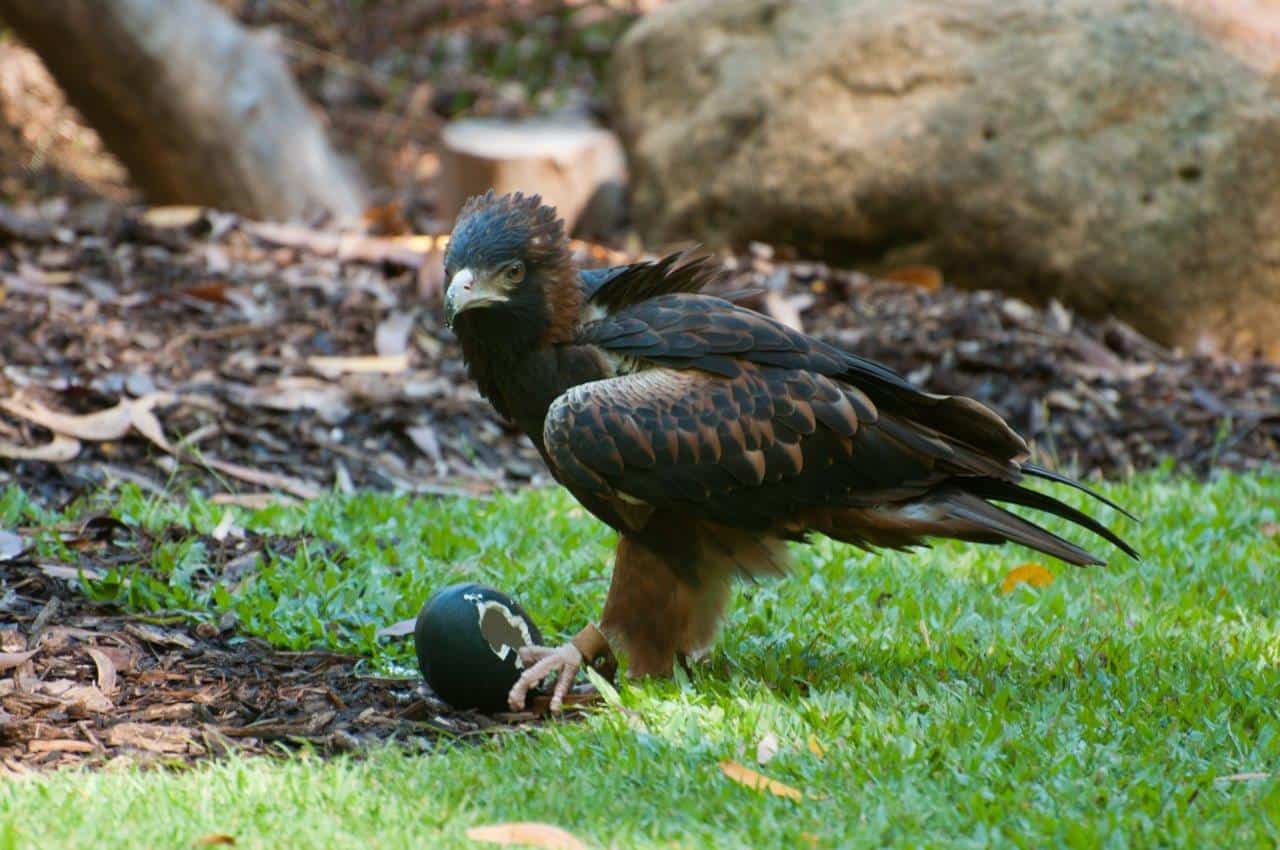 Allow a full day for a proper look at the park

Is it worth the visit?

Absolutely. The park is fantastic, and even with a few tantrums from Oliver we had an awesome time. It is big, and it does require a fair bit of walking, but its very well done and there are lots of great animals and enclosures to look at.

This, along with Litchfield National Park and Koolpin Gorge were highlights of our trip up north. 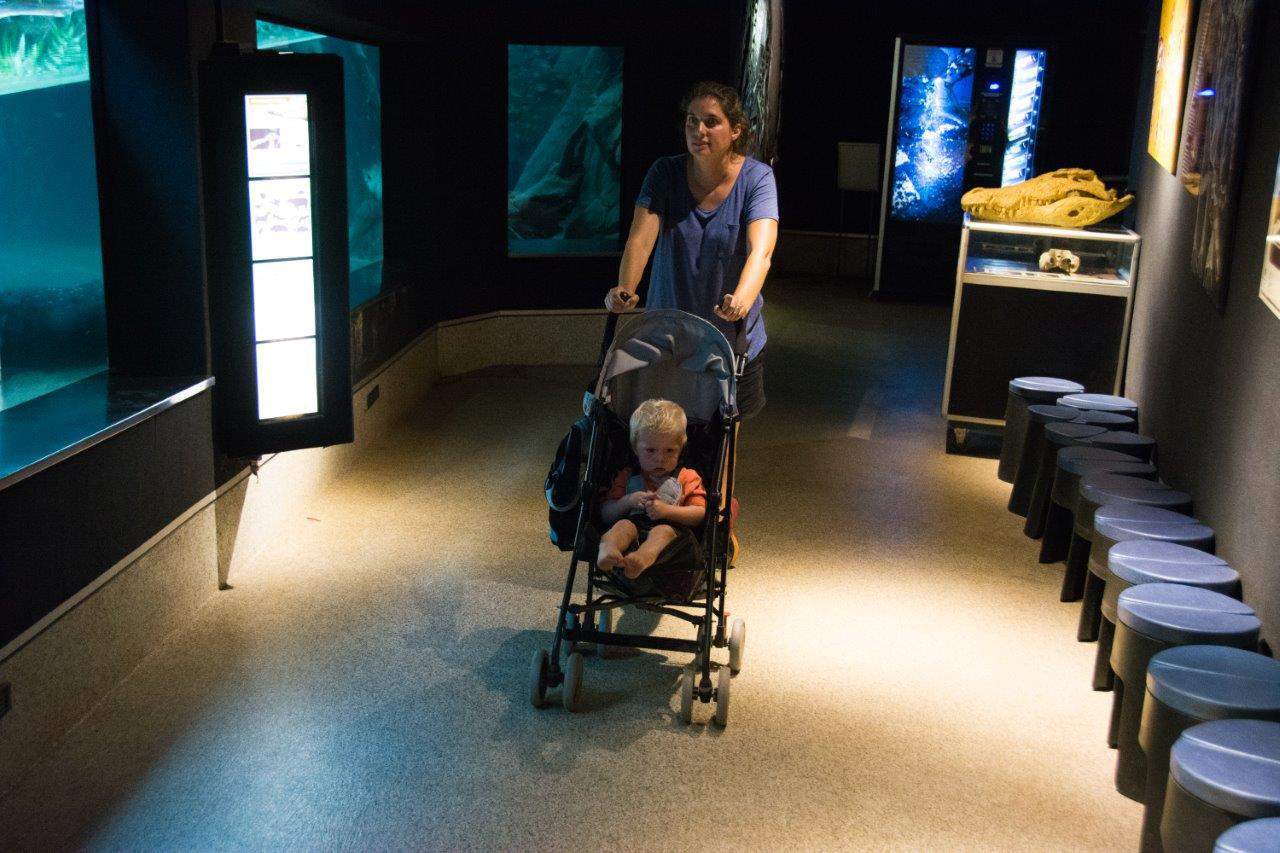 The aquarium is truly awesome