After settling into Deep Creek, we had a good look at the map and decided to head out for a bit of an adventure the next day. Our first stop was Boat Harbor Beach, which is shown as a 4WD track on the map, and we’d read was challenging by some, and easy by others. 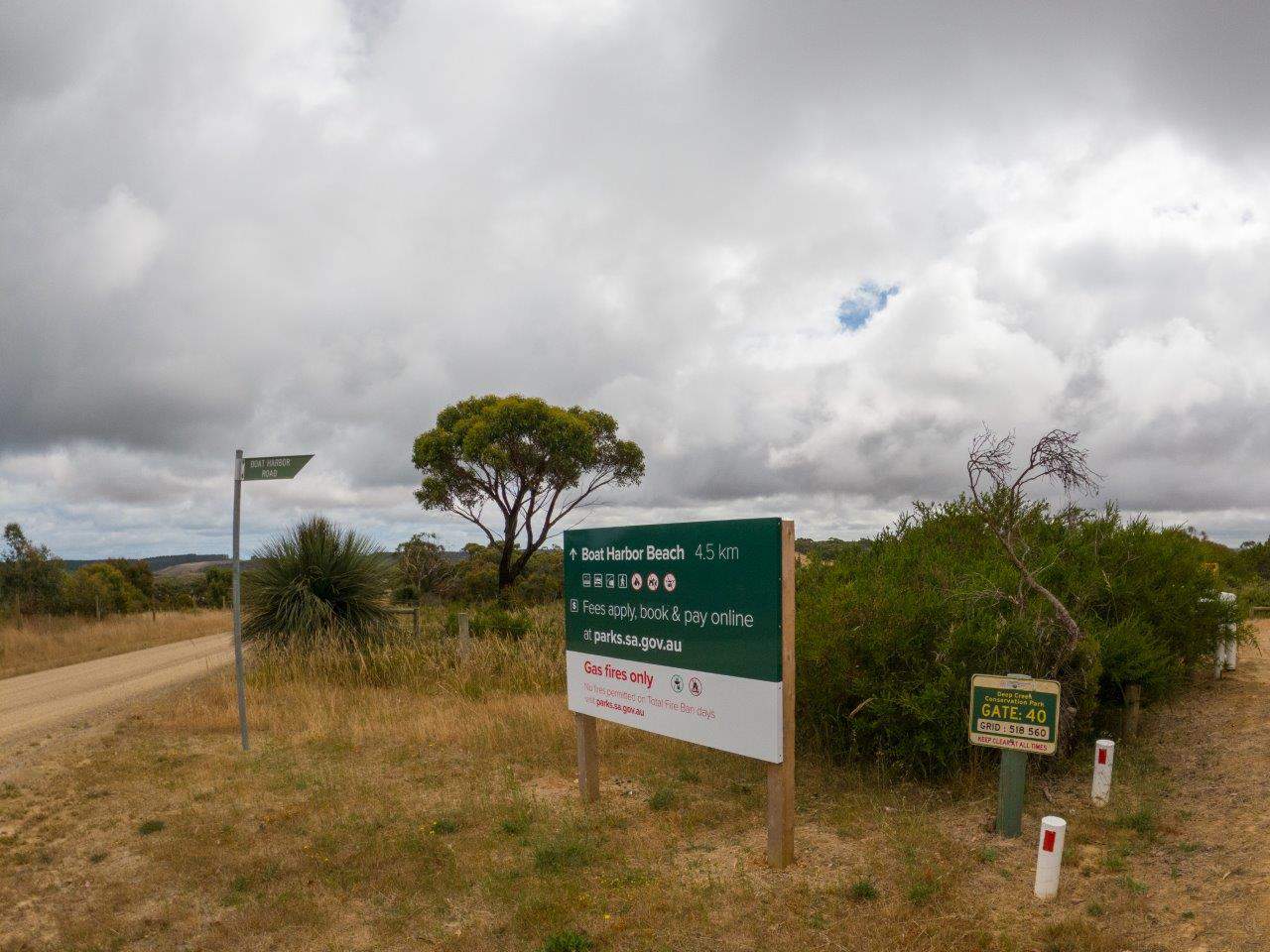 Where is the Boat Harbor Beach 4WD track?

This South Australian 4WD track starts off in Deep Creek Conservation Park, and winds its way down to a small turn around area at the bottom. It’s only a couple of kilometres from Stringybark camp, 30 minutes from Cape Jervis, and an hour and a half from Adelaide

How hard is the track?

I never know how to interpret peoples’ opinions on 4WD track difficulty. We’ve done tracks that were incredibly easy and heard people say they were intense, and occasionally the other way around, so just tend to take everything with a grain of salt these days.

Despite this, we were told by some people that the track to Boat Harbor Beach was hard, and then we’d read comments of people saying they’d take their RAV 4 down with no issues, so I really had no idea of what to expect. 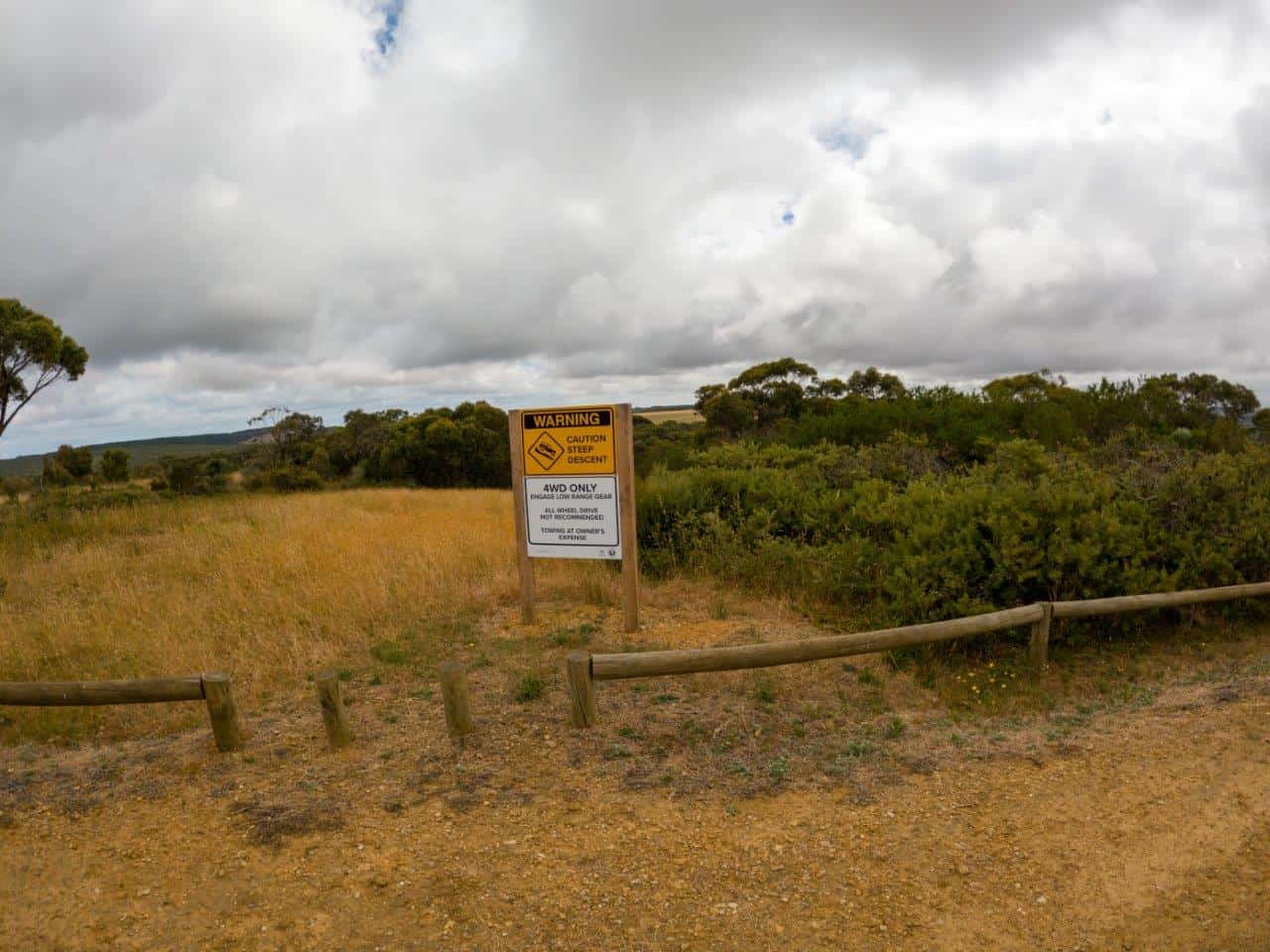 4WD only on the way to Boat Harbor

As it turns out, the track is almost a normal gravel road that you’d find through the rest of the park (and that 2WD’s can access), with exception of the last descent, and then ascent back up again. It’s fairly flat (across the track, not down it), and there’s no real obstacles to present a problem.

You do need to use low range for the last part of the track, and let the engine take you down nice and slowly in a low gear (don’t use the brakes much if you can avoid it), but it left us feeling quite underwhelmed by the time we arrived at the carpark. 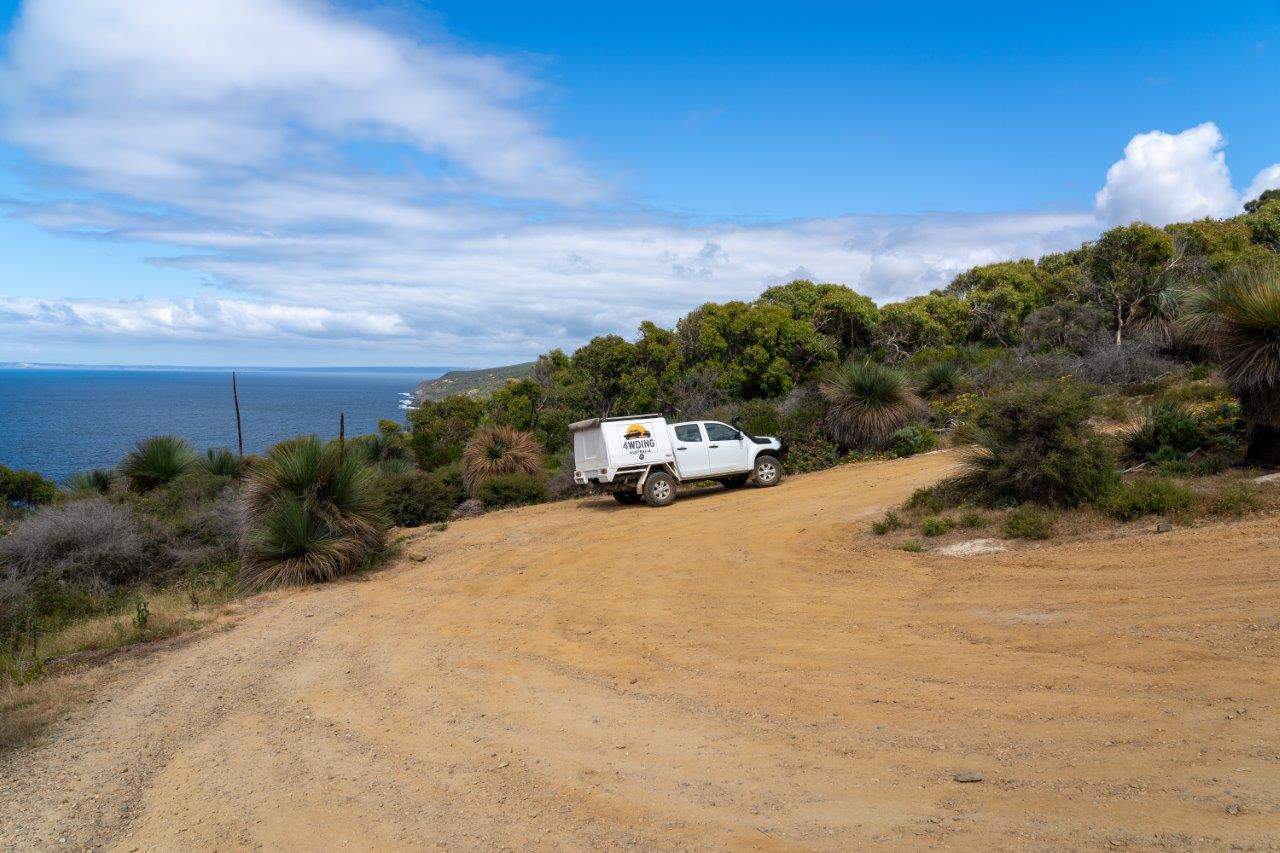 Parked in the car park at the bottom, after a very easy drive down

From the car park, you can head through a locked vehicle gate, and there’s the Boat Harbor Circuit walk to do (which we didn’t), or you can walk down the grassy slope where the Heysen trail goes, and see the stunning beach and coastline. 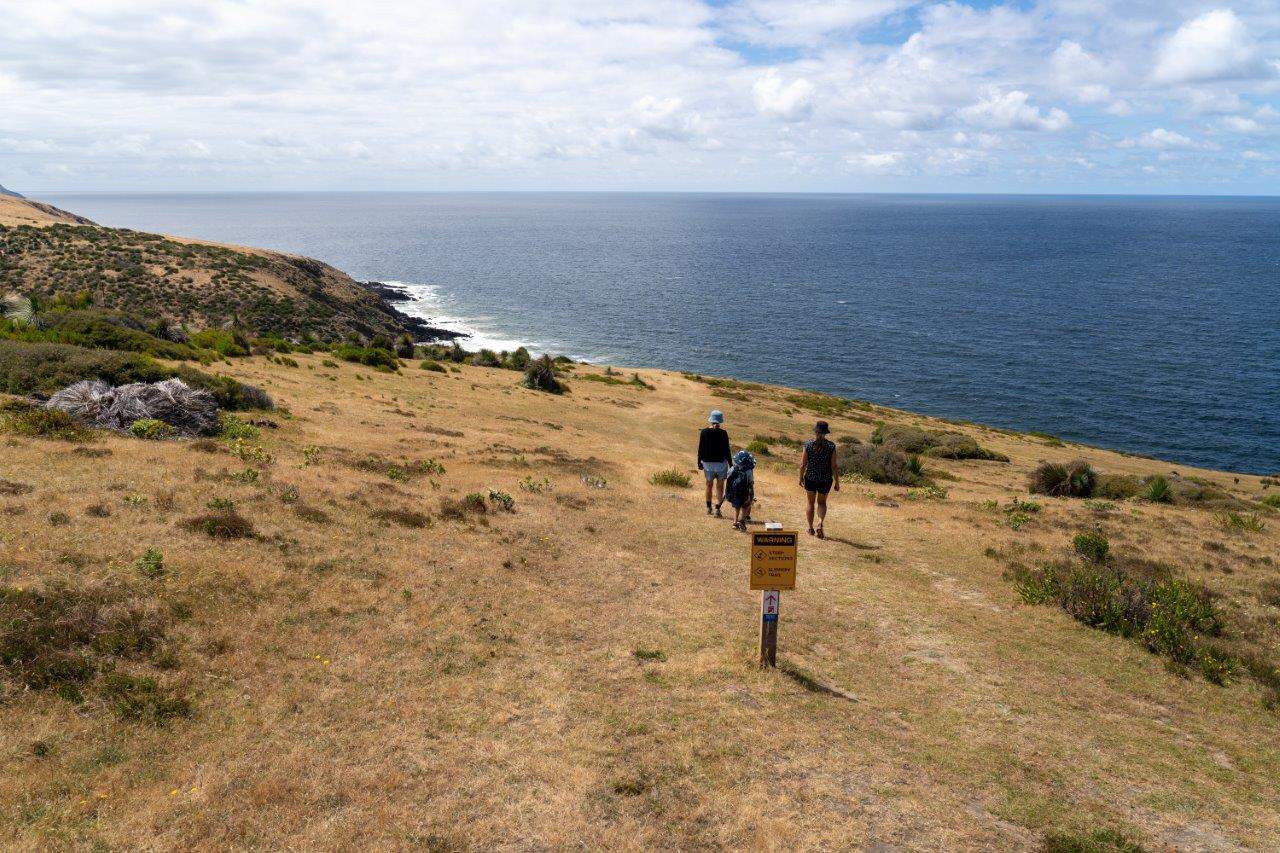 Walking down from the car park to Boat Harbor Beach

There’s a nice place to sit and watch the dolphins if they are around towards the edge of the hill, or you can continue down a much steeper slope that is rocky, and somewhat slippery. It ends on the beach, and you’ll cross a small creek and end up on a different beach that is full of huge round rocks. 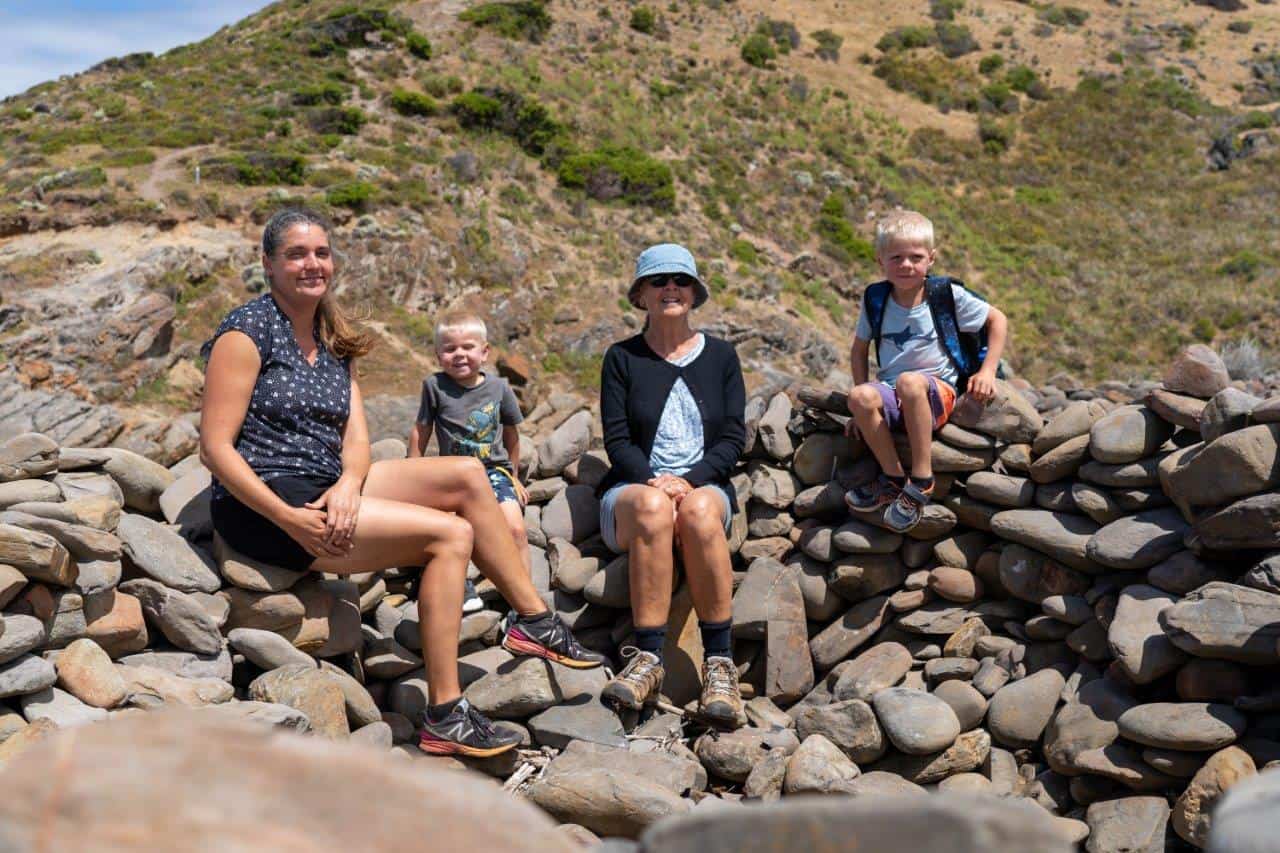 Sitting on the rocks at the bottom 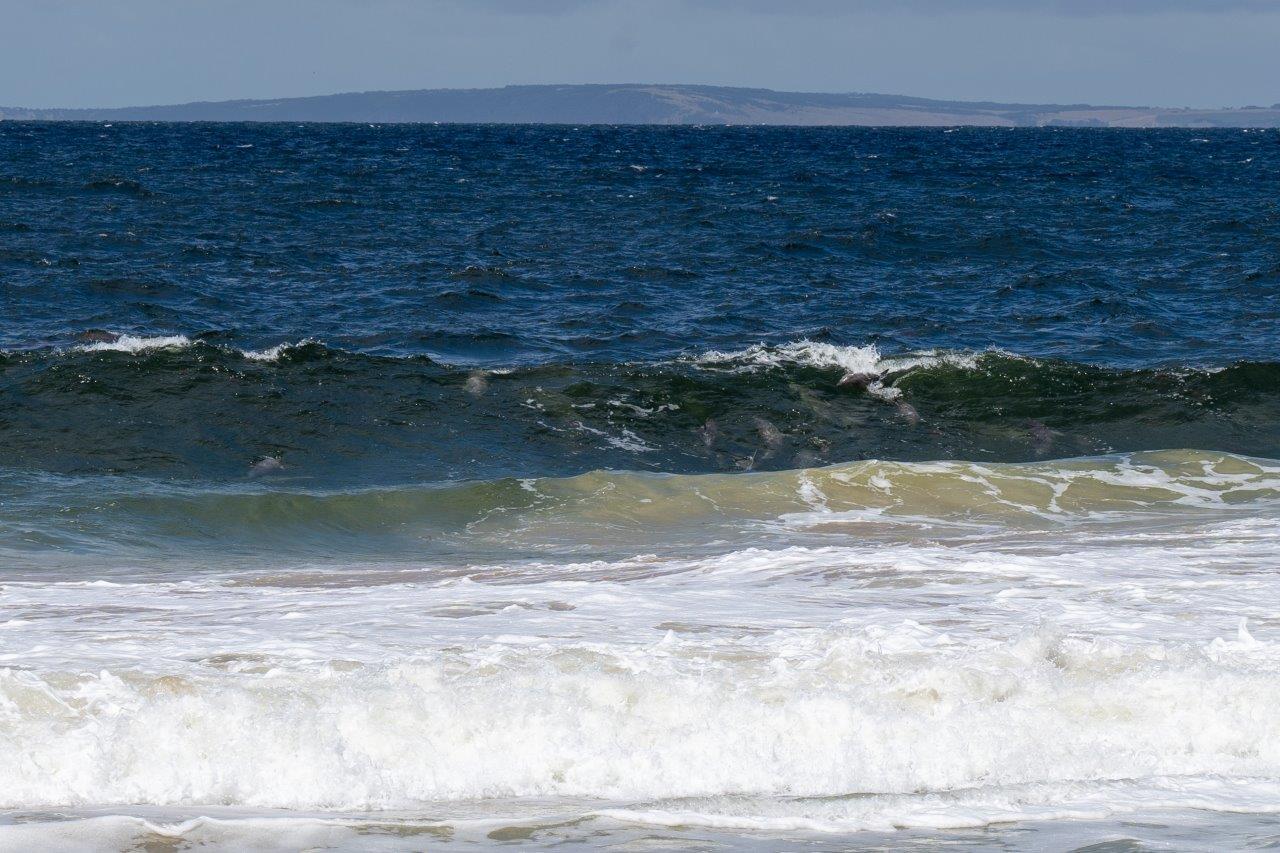 Is it worth doing?

Despite being somewhat underwhelmed at the 4WD Track, the views are spectacular, and the walk down to the beach was really worth doing (although my legs are still sore!). If you have time, and you’ve done Blowhole Beach (which is better in our opinion), then give this a whirl.