The Lincoln National Park is hugely well known for its perfect beaches, and at the end of the northern road lies September Beach, which we really enjoyed camping at for two nights.

Prior to arriving we’d been to Fisherman Point, Horse Rock and Engine Rock, and had a visit booked to Memory Cove later on. We’d been thoroughly enjoying our visit around the Lincoln National Park, and despite knowing there was another storm and plenty of strong wind coming, September Beach was the best place to hunker down and wait it out.

We received a mixed bag of weather, with it raining and pouring at times, blowing a gale others and every now and again the sun would come out and it would be pristine, and perfect for a few hours, before it rained again! 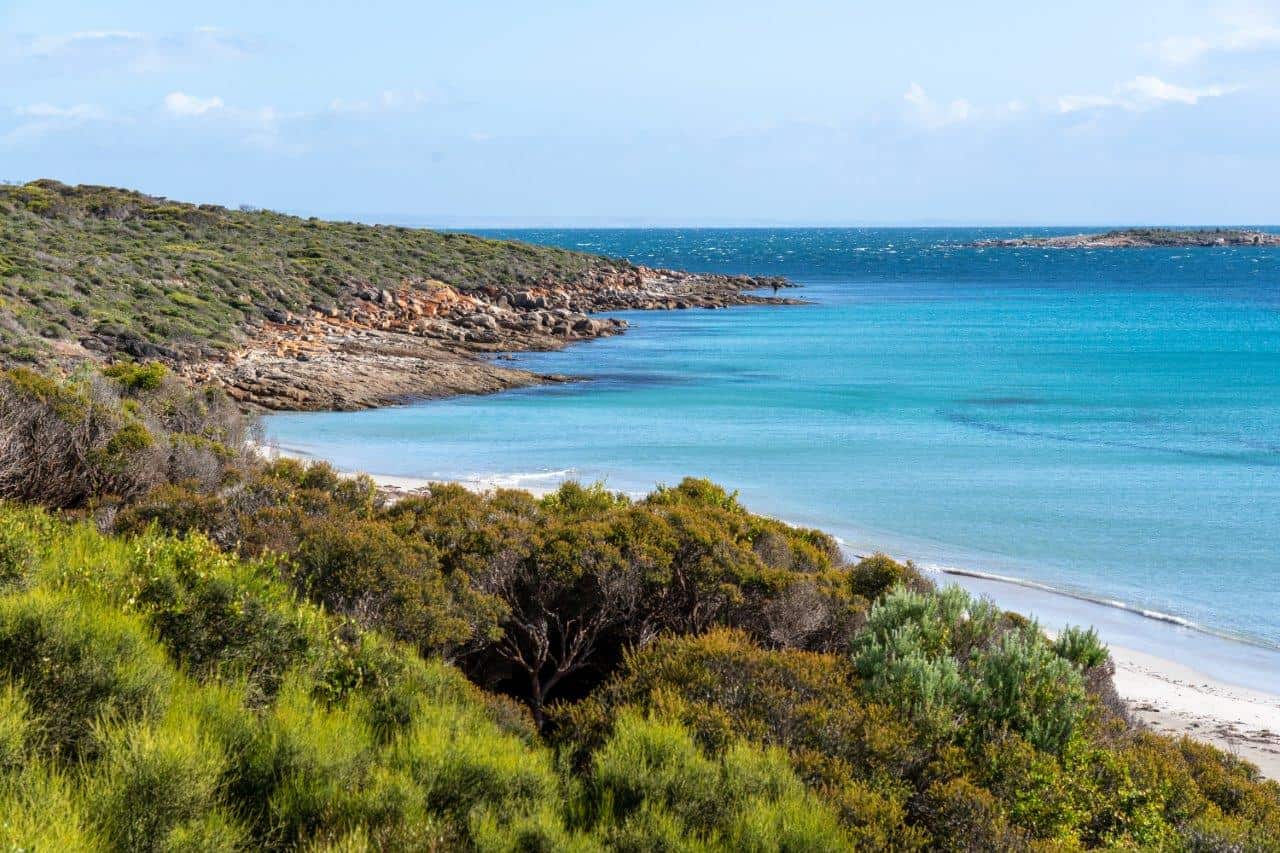 The water colours at September Beach are truly unreal

Where is September Beach?

You’ll find this stunning beach at the end of the road in Lincoln National Park, heading north. The beach itself faces East, and looks directly towards the Yorke Peninsula.

When you arrive, there’s a turn off to the camping area, or you can go to the day use area and park up as needed. 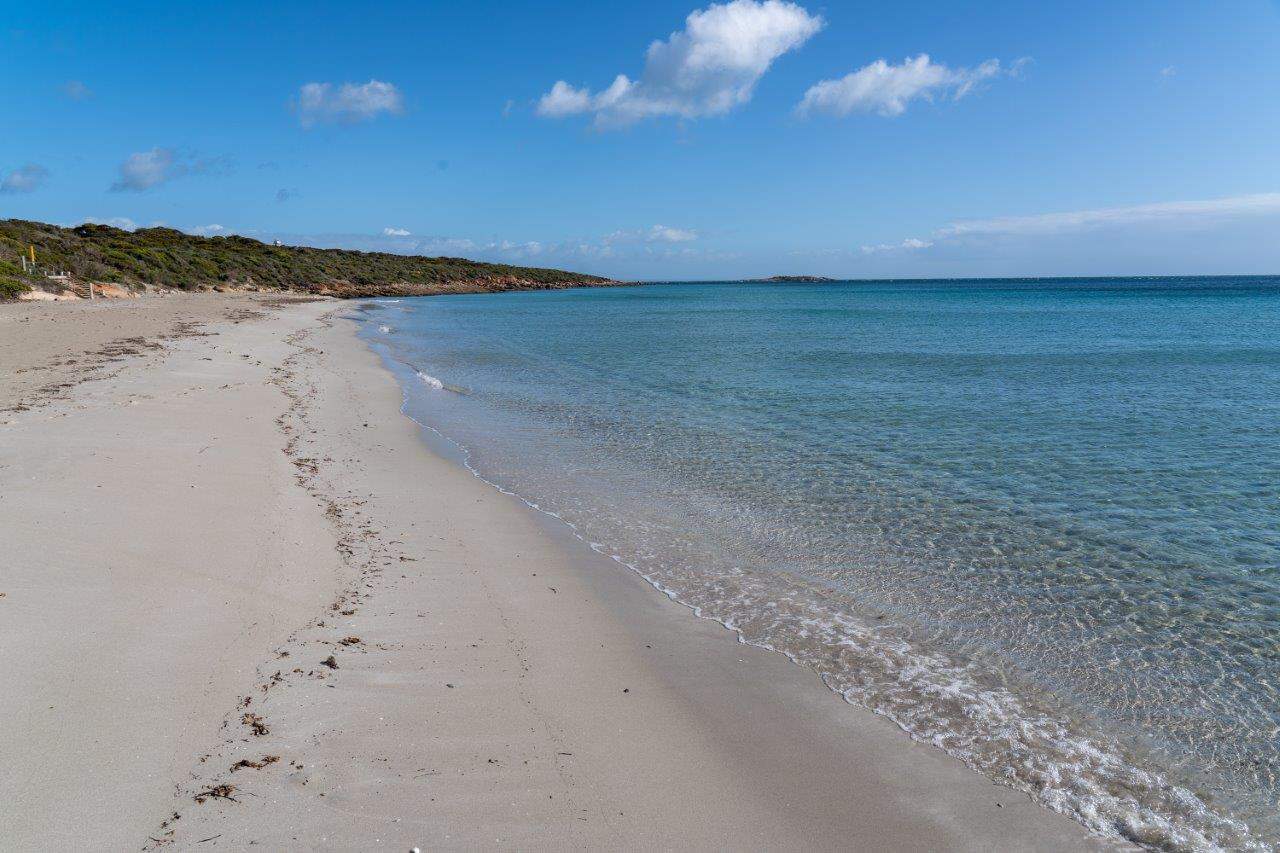 Looking up the beach to Donnington Lighthouse

Can you get there with a 2WD and Caravan?

The roads in Lincoln National Park are fairly decent, and you can easily get a 2WD into September Beach. They are also easily wide enough to get a full size caravan, or even an RV/bus in as needed. Carcase Rock, Taylors Landing and a couple of other spots are 4WD only, but September Beach is certainly doable for all types of vehicles (unless they have very little clearance!). 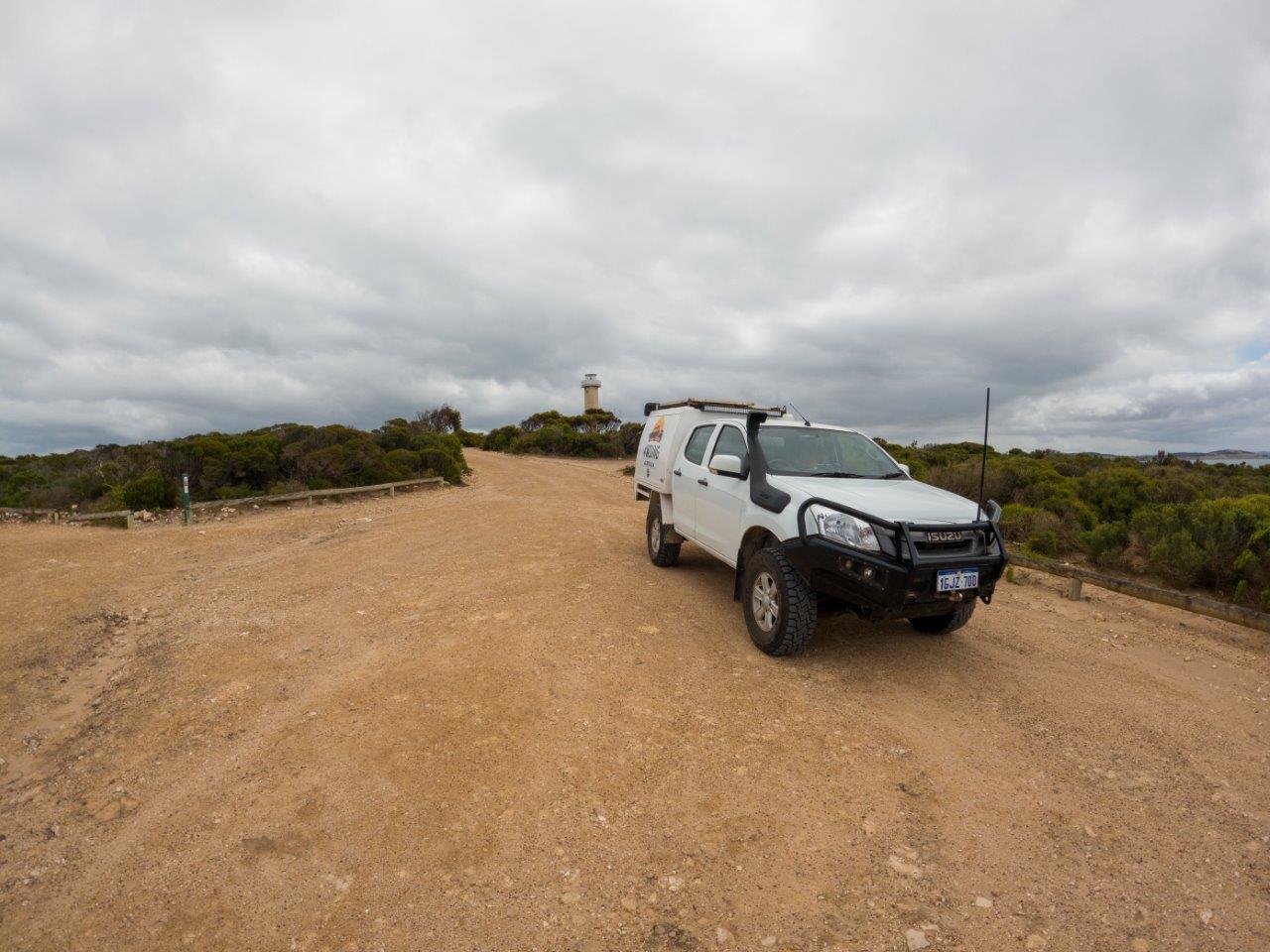 The roads through the National Park are all pretty good, except the 4WD tracks 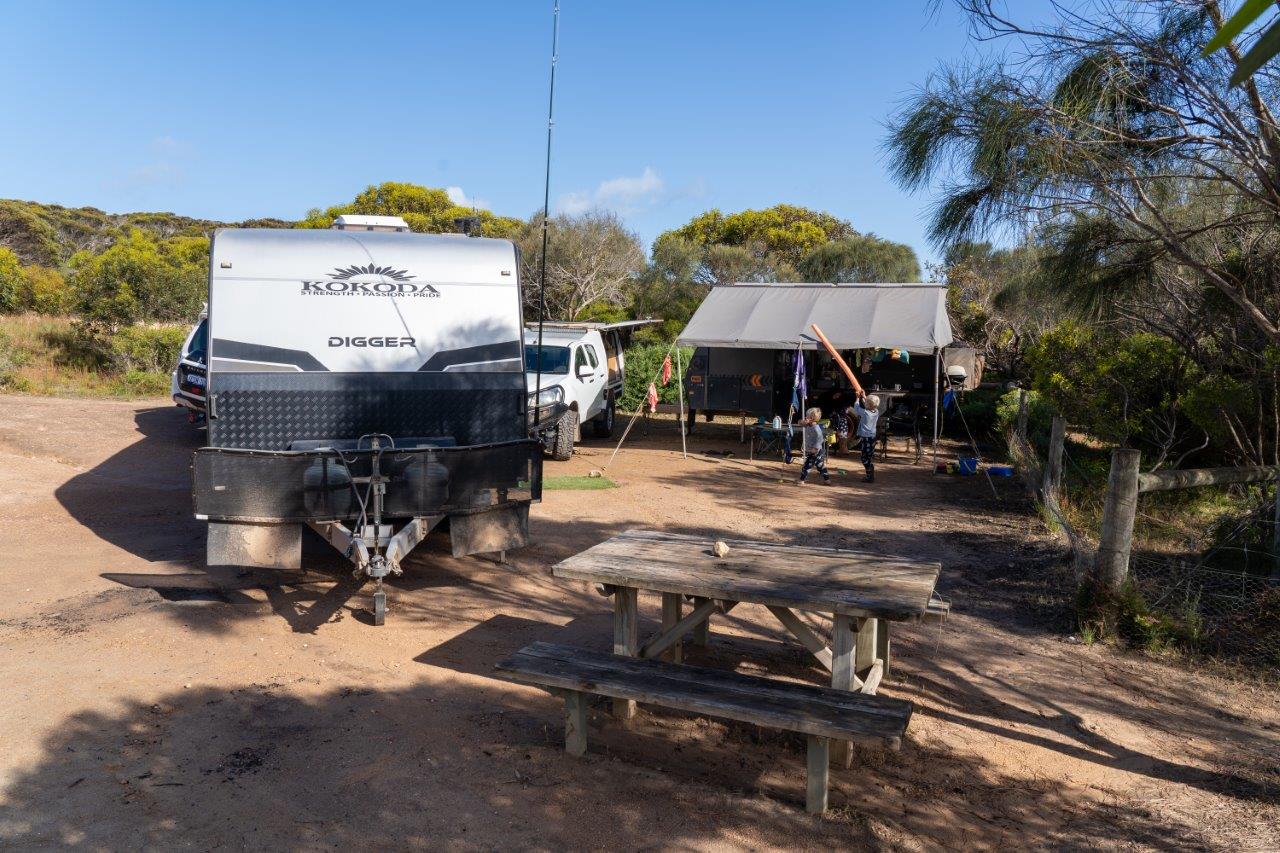 Tucked into a corner to avoid the incoming wind

What amenities are at September Beach?

September Beach has toilets, a couple of seats and a number of stairs and access points down to the beach. There are no rubbish bins, water points or dump points and you need to be self sufficient in every other way. 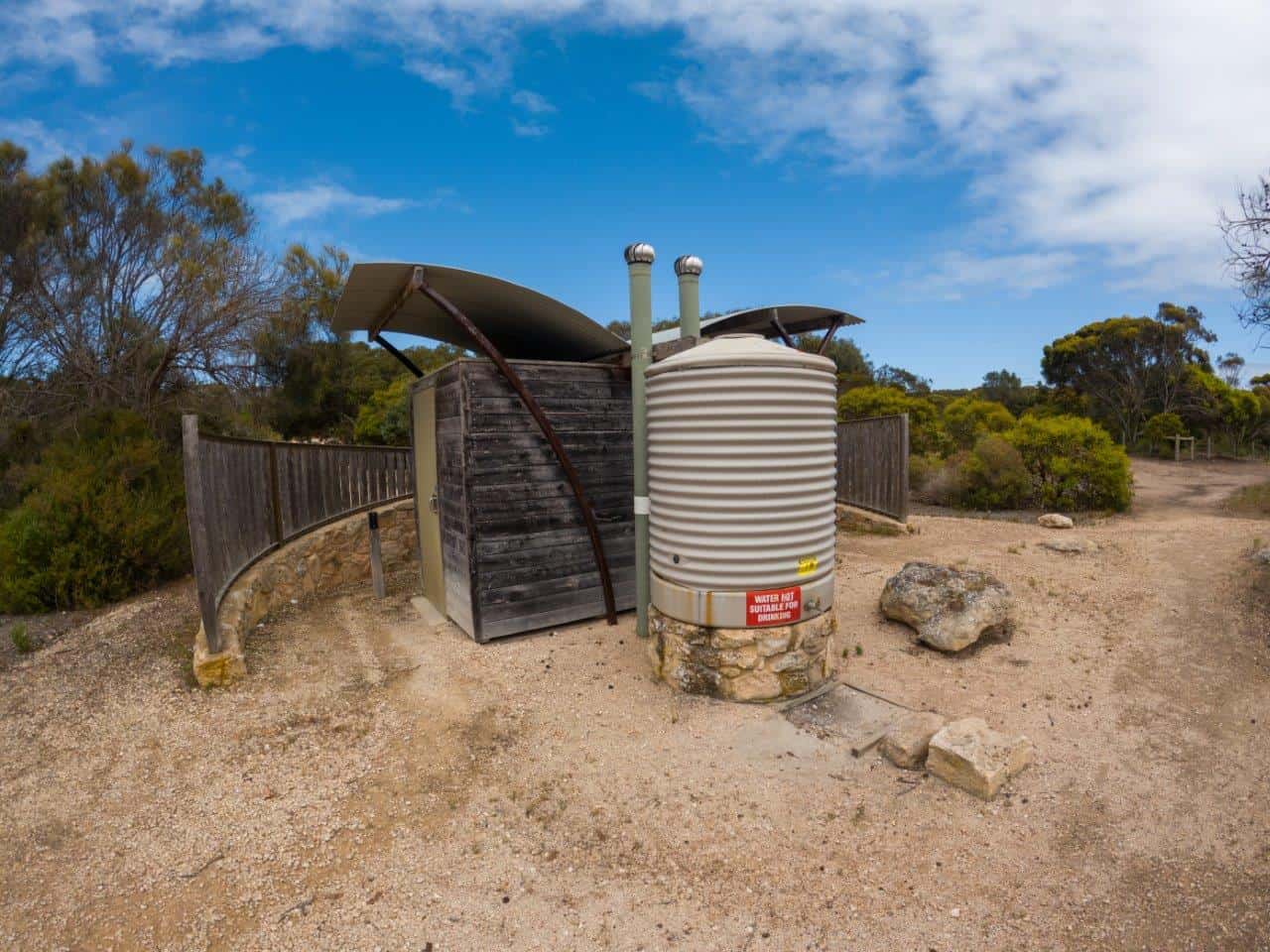 There’s a number of toilets at September Beach

Is it worth a stay?

September Beach itself is stunning, and really beautiful on a calm day. The water has the familiar turquoise colour and is crystal clear, and lets call it very refreshing to swim in! The camp sites are nice, and you get a fair bit of privacy compared to Fisherman Point, but we thought the actual camping isn’t as nice, and the views aren’t as good. 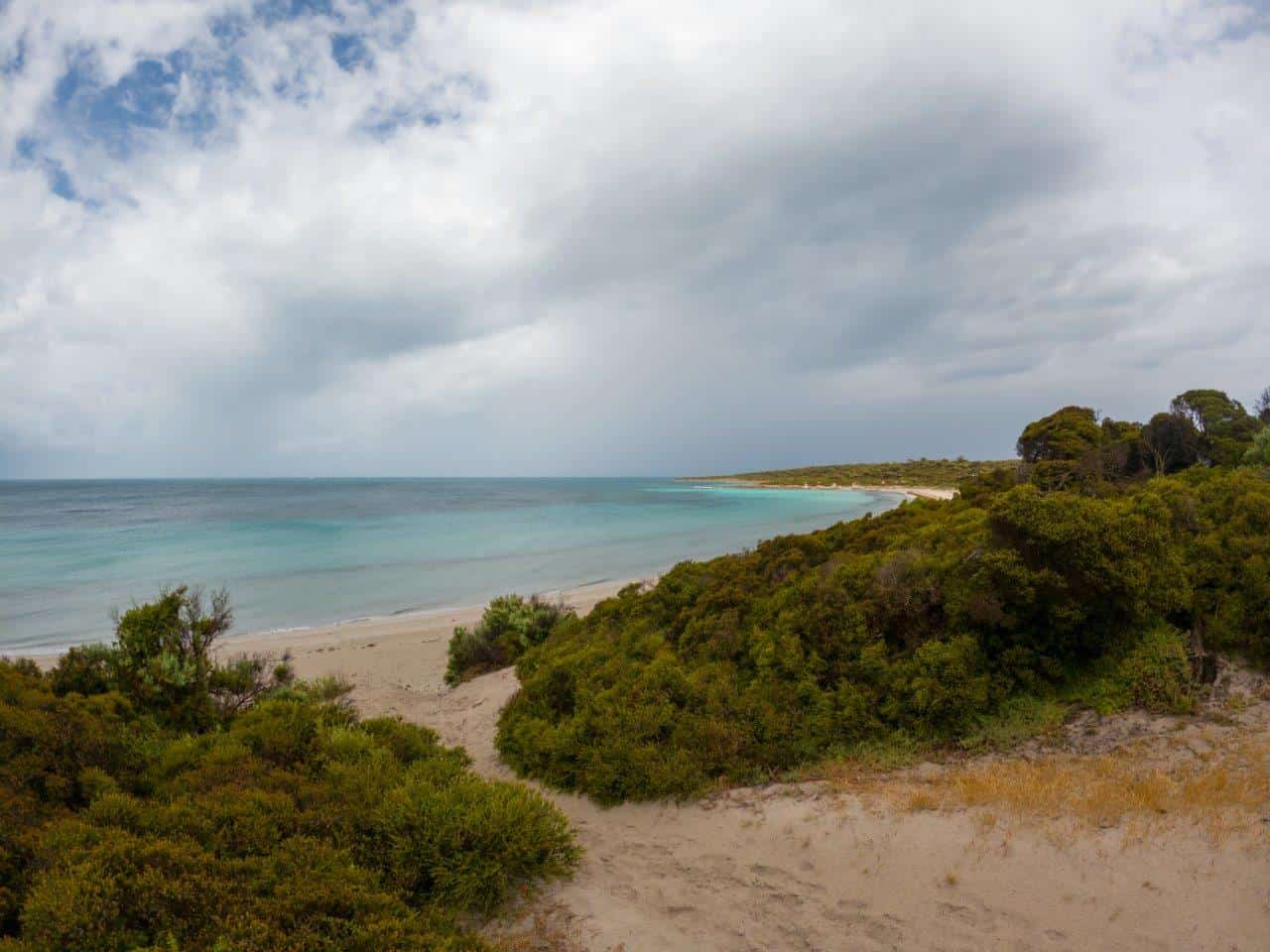 Access to the beach is easier, and its great for camping with larger groups. We liked our stay at September Beach, and would call it fairly equal with Fisherman Point (the privacy and beach make up for the camp grounds that don’t seem as nice), but Engine Point South would be our favourite spot in the park (excluding Memory Cove). 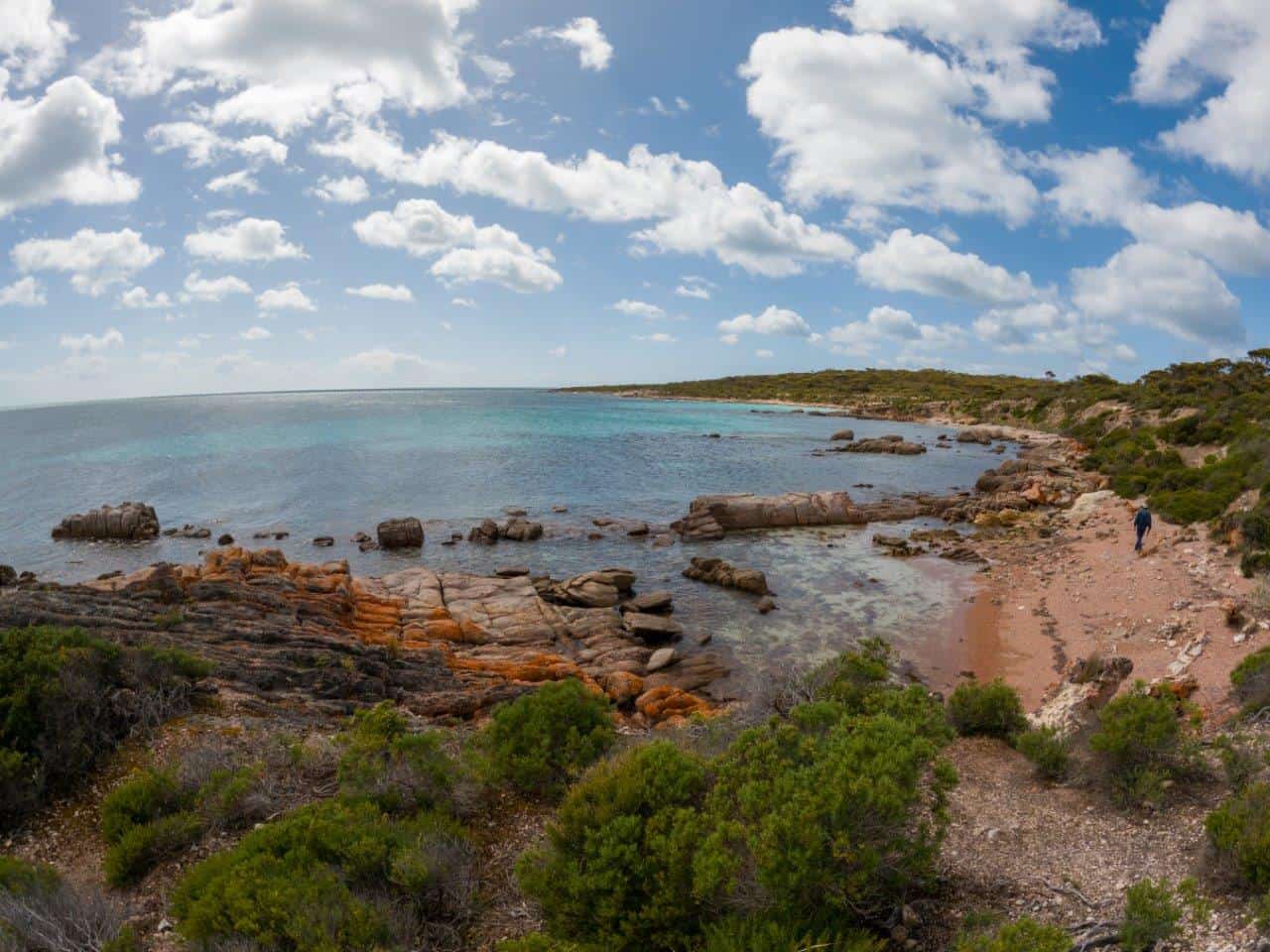 Around the point from September Beach

We’d stay here again, especially if there were strong westerly winds forecast, as it has decent protection with a hill above it, and plenty of trees.