There’s something about National Parks that draws us in, and after leaving the beautiful Perlubie Beach on the Eyre Peninsula, we decided to head into the Gawler Ranges National Park for a couple of nights, before hitting Port Augusta and then the Flinders Ranges for a few weeks.

You can see the Gawler Ranges for miles before you arrive, and they look spectacular. We pulled into Pildappa Rock on the way through, which was actually really good, and rolled into the Yandinga camp site, which Sarah had pre-booked just a few days earlier. 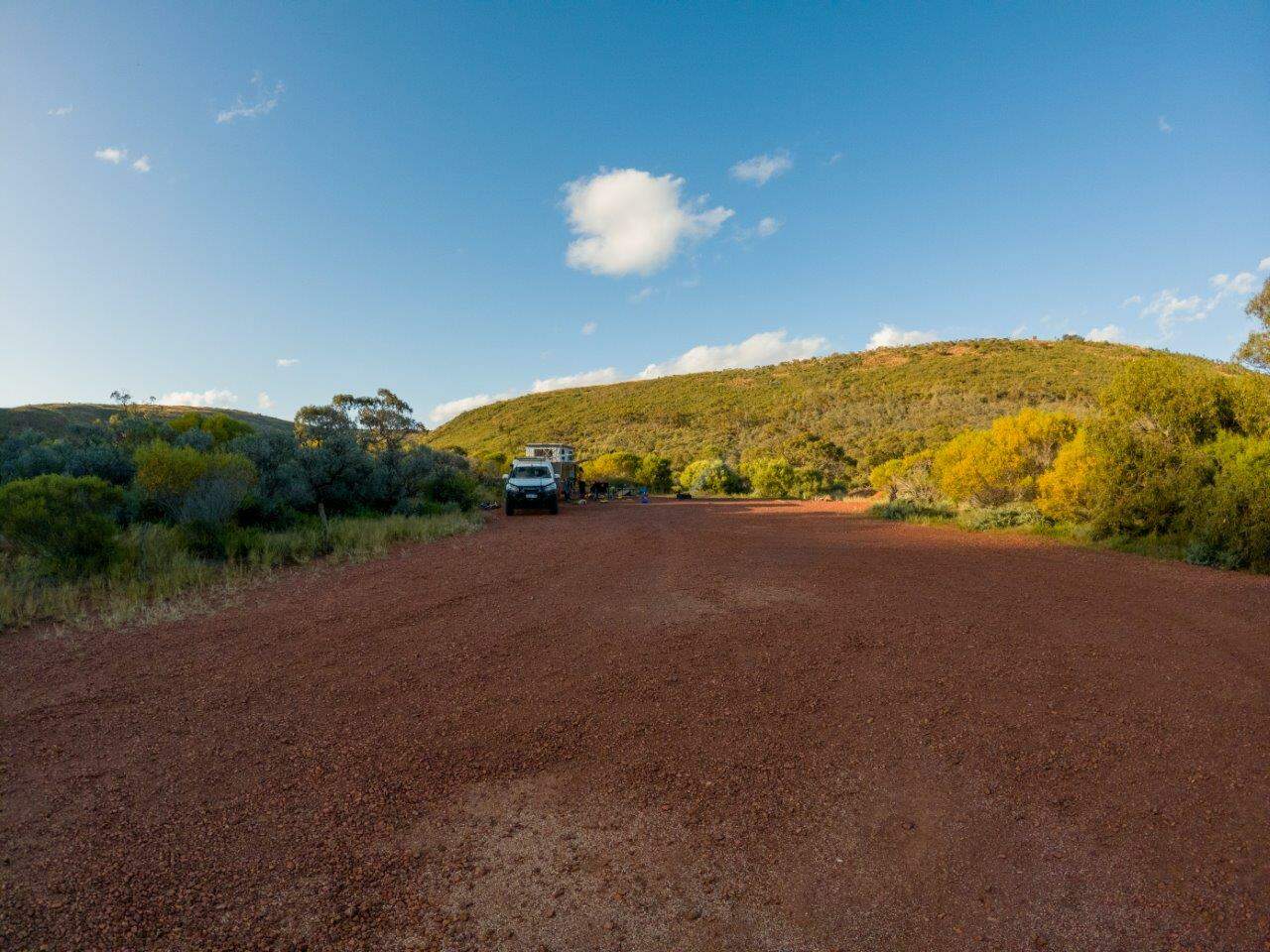 Visiting in early October meant we could still have camp fires, things were nice and green and most spectacularly, there were quite a few flowers out. Like most of South Australia, we had no idea of what to expect, but found it quite impressive. 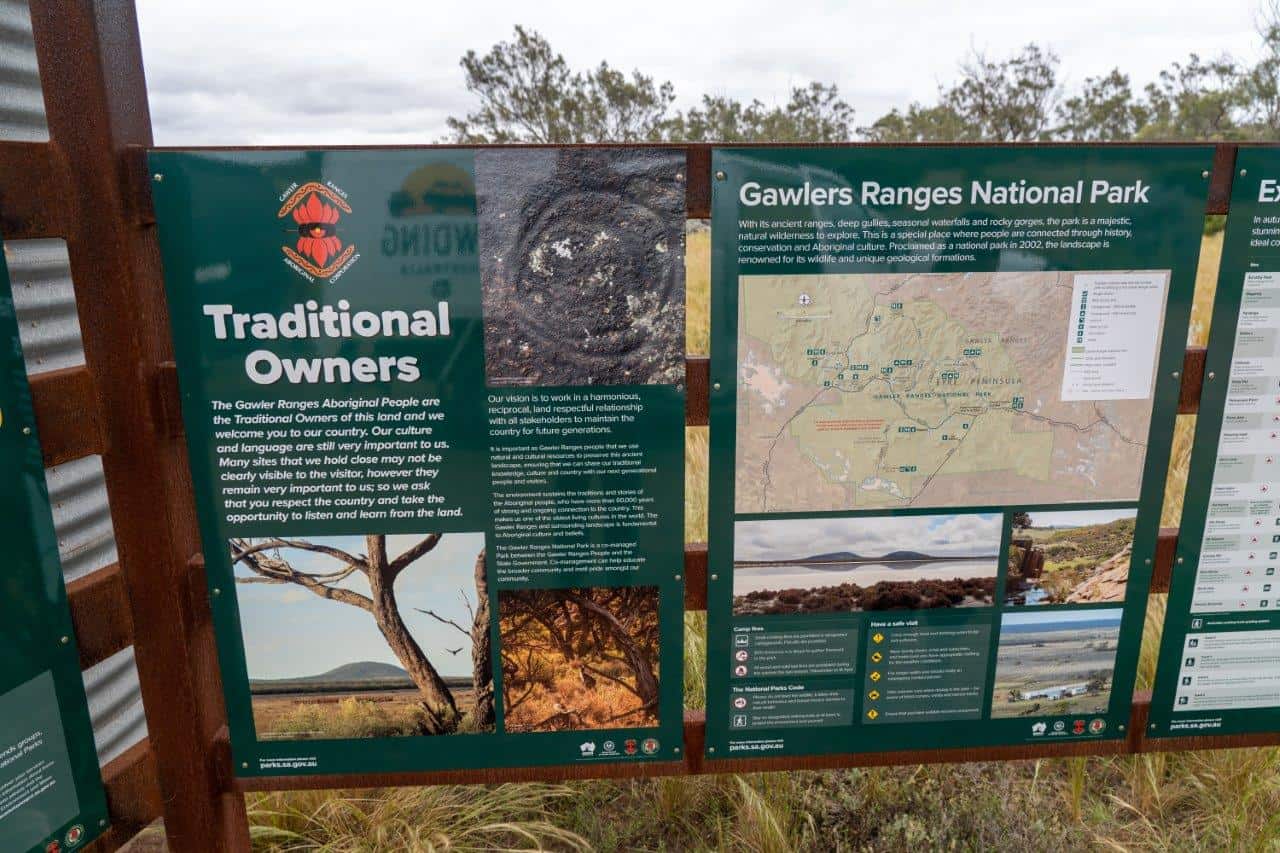 Where is the Gawler Ranges National Park?

You’ll find this place just north of the Eyre Peninsula, roughly 170km from Streaky Bay, and about 250km from Port Augusta.

Stop at the information station

On your way in, its worth stopping at the information station and having a quick read, and grabbing a map that shows you all of the attractions, 4WD tracks and how long each walk is, along with its grade. We had a rough idea of what we were going to do, but this made it far easier to navigate and choose the walks we wanted to do. 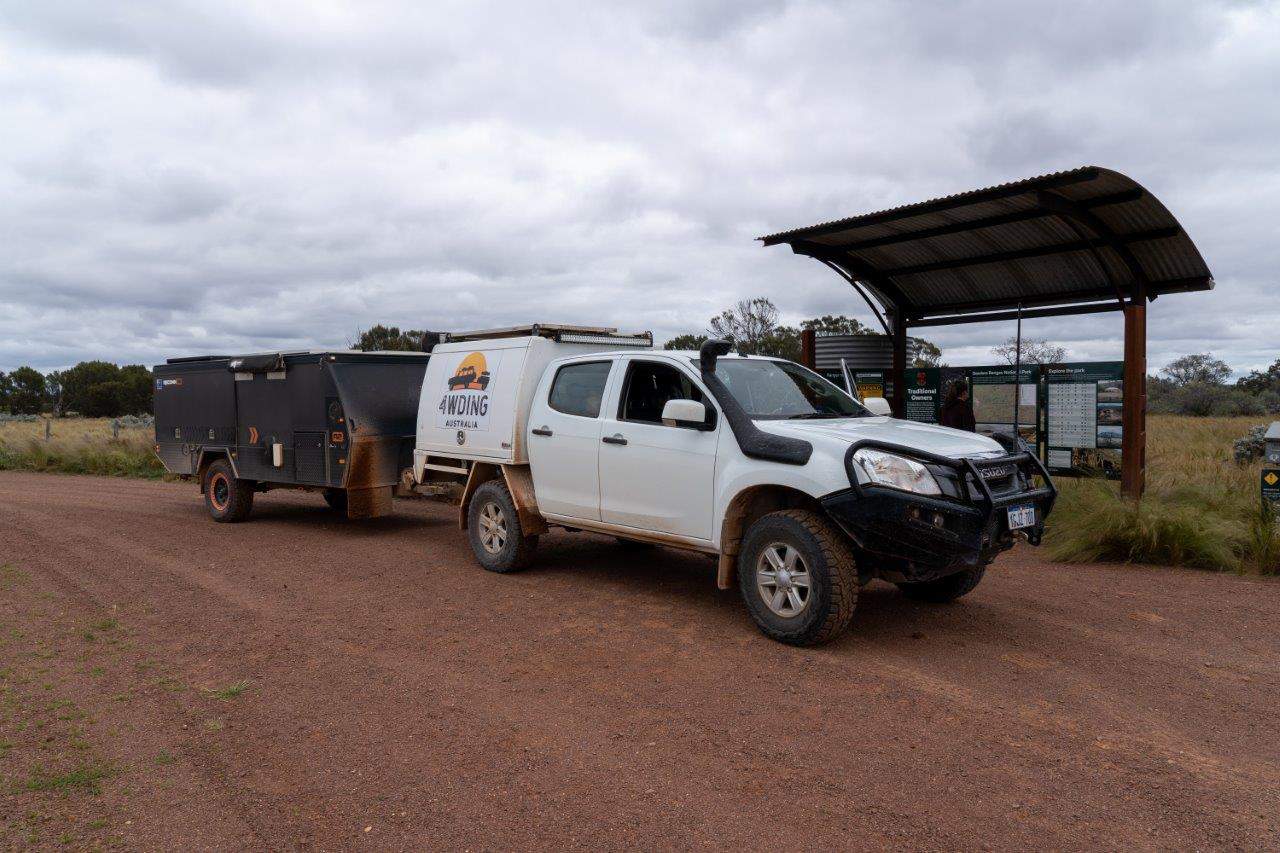 Stopped at the information station, which has lots of useful info 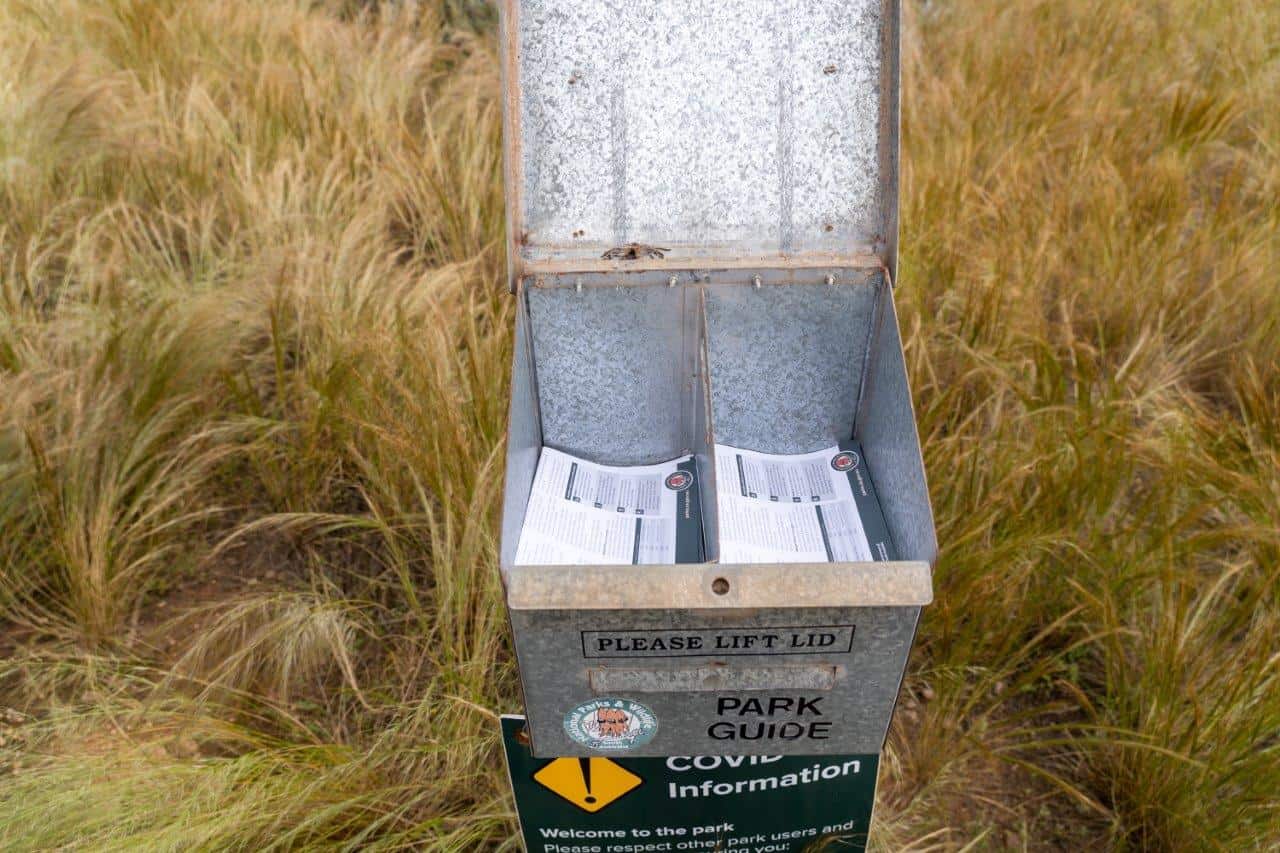 Grab a brochure; its got lots of good information

The Gawler Ranges has a number of dedicated camp grounds, with room to camp. There’s no allocated camp sites (as in specific numbers you get given), but you must book prior to arriving, and pay online as there is zero reception at most of the camp grounds, and no caretakers to take your money.

We booked two nights at the Yandinga camp site, and paid online prior to arriving, and then didn’t need to worry about reception. If you get stuck you can get reception at the Wool Shed to do the booking.

The camp sites are decent sized, with nothing allocated to specific people, so you just pick what suits your setup when you arrive. Each camp site has toilets, and fire rings spread around the place. 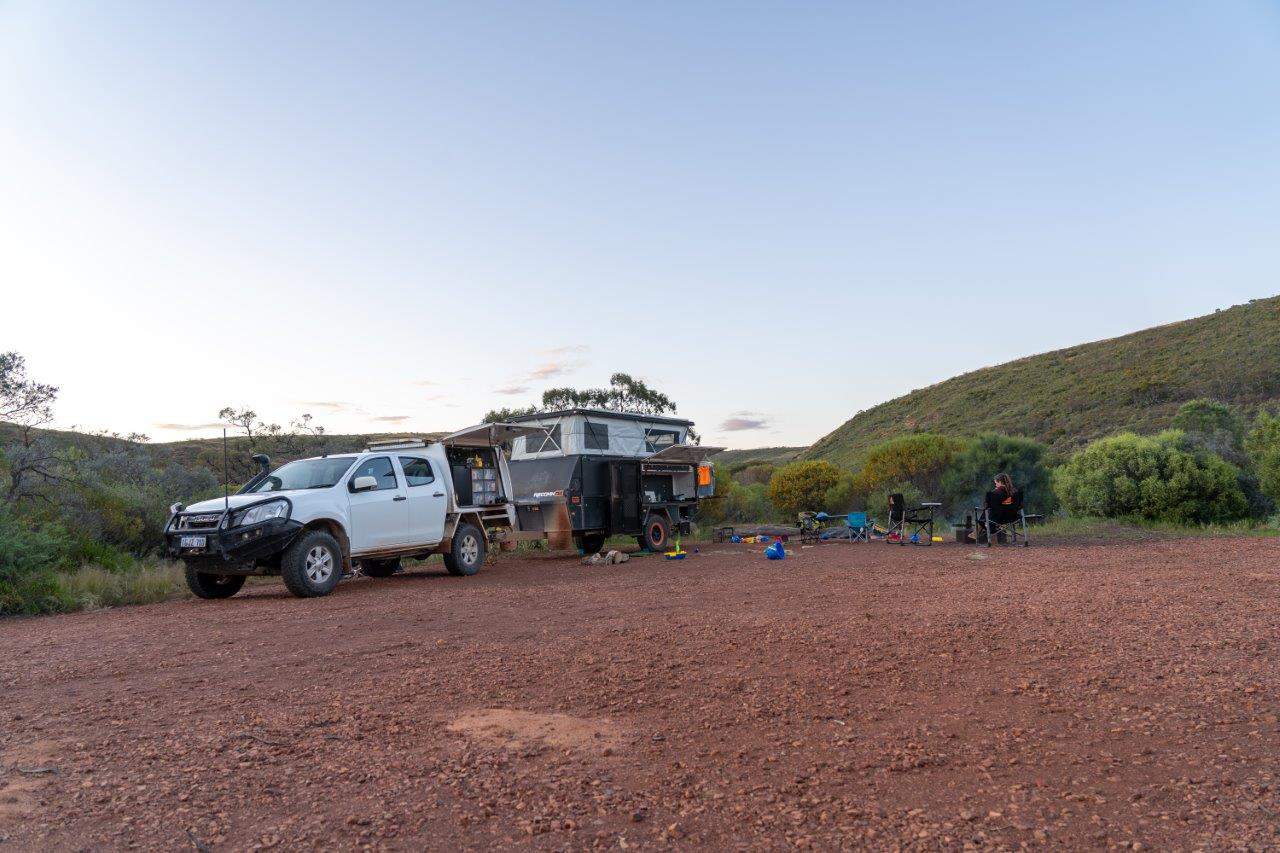 Walks and hikes in the Gawler Ranges

There’s a huge number of walks and hikes in the Gawler Ranges, which start off at flat gravel tracks and work their way into the harder grades, all the way to grade 5. Some walks are only a few hundred metres, and others a kilometres long and should be done in suitable weather, with the right gear. 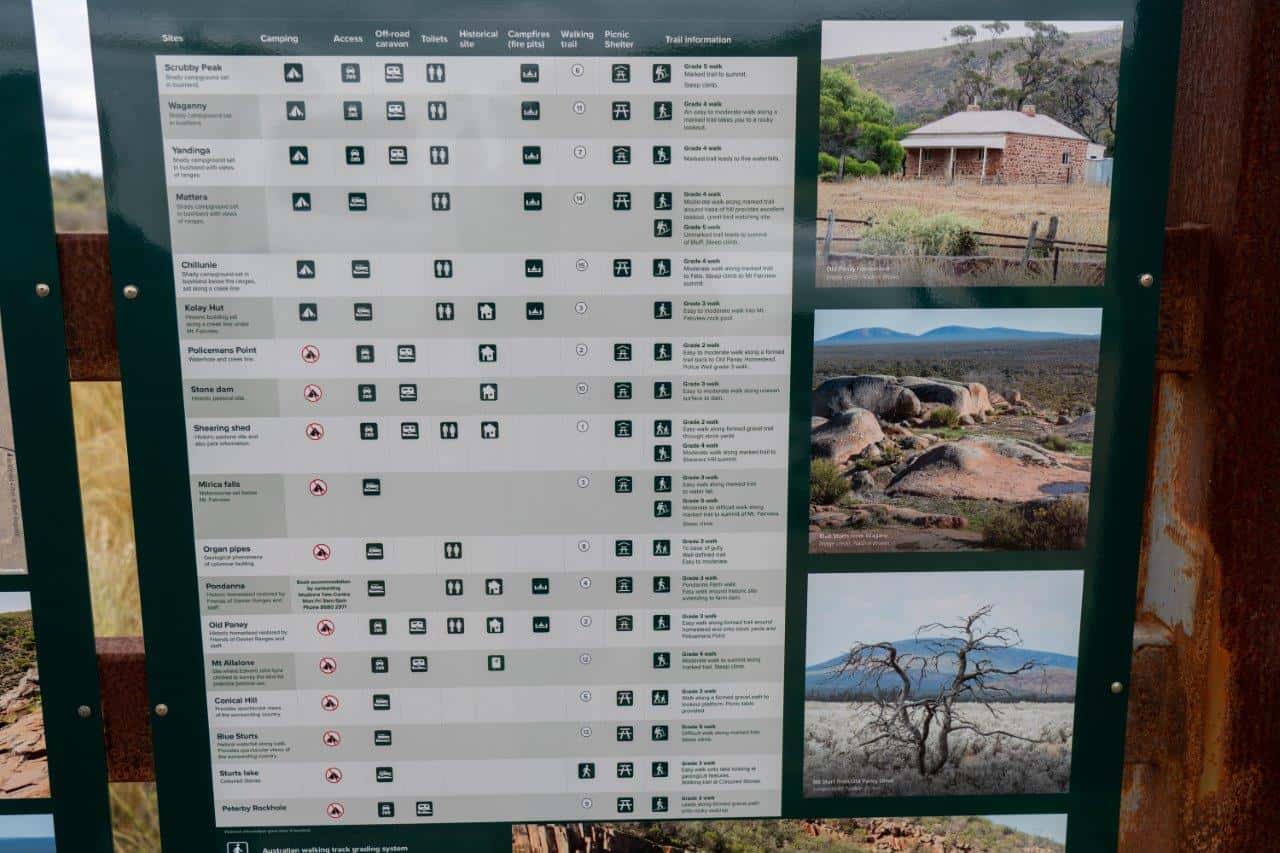 There’s plenty of walks to do, varying in length and difficulty

We did most of the 5 waterfalls walk near camp, the Organ Pipes along with the Kolay Mirica Waterfalls, and several shorter looks. 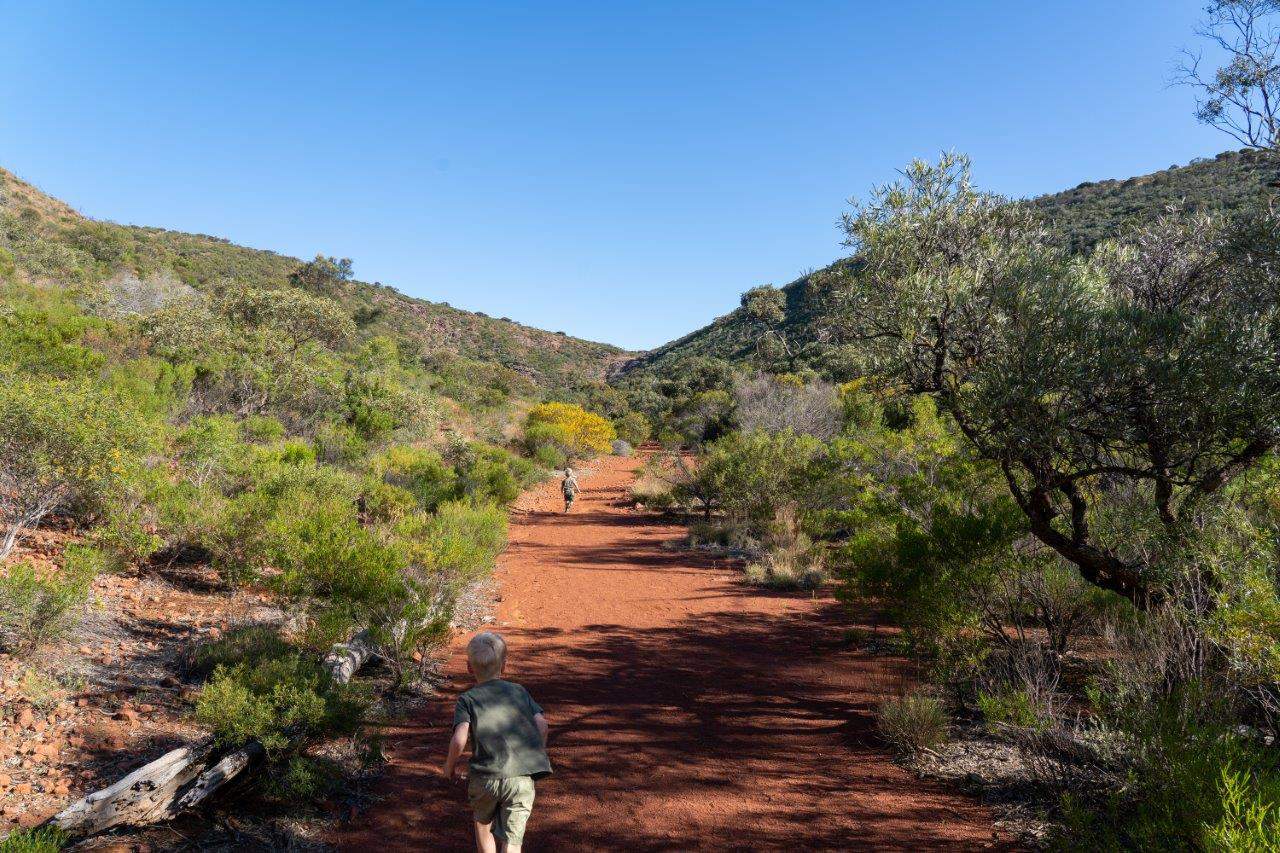 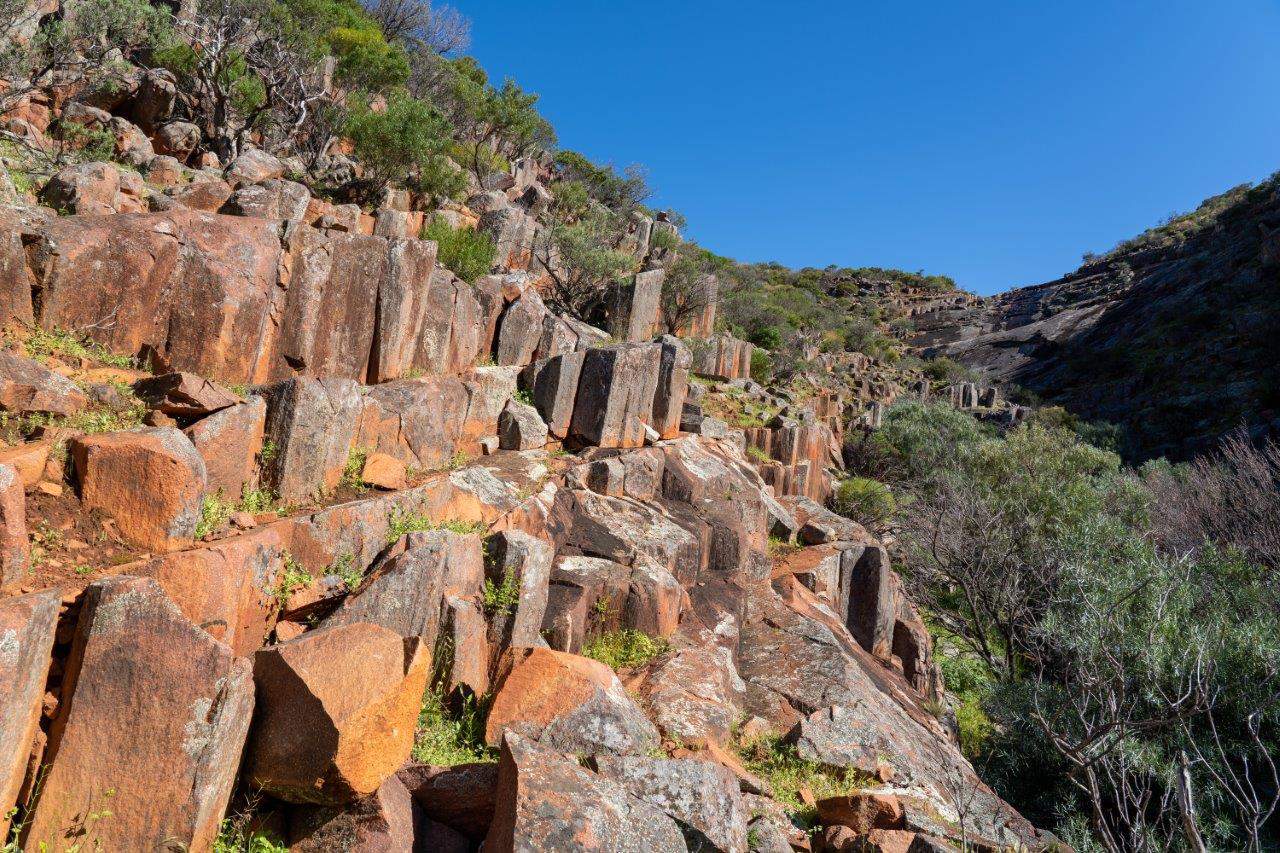 The rock formations here are stunning 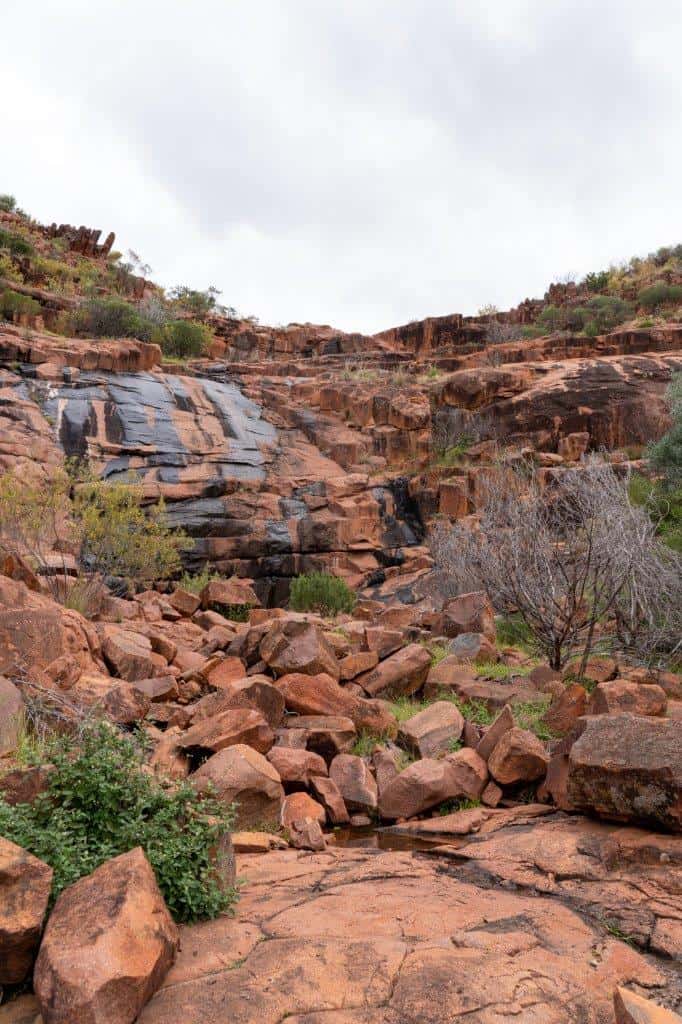 We really enjoyed the waterfalls, with lots of little pools full of tadpoles. We nearly made it right to the end, but turned around due to having no water or sunscreen (we though it was a 500M walk, not a 1.4km one up hill!). 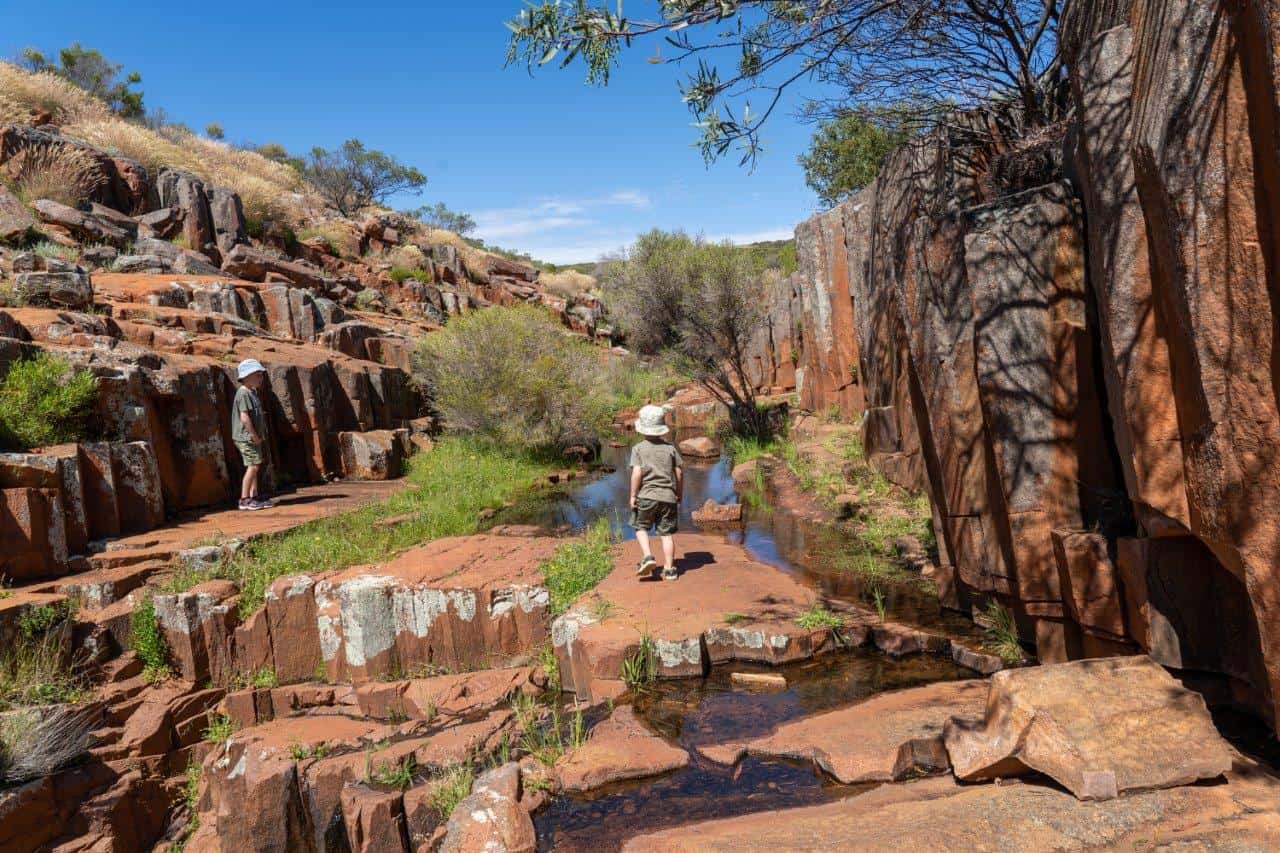 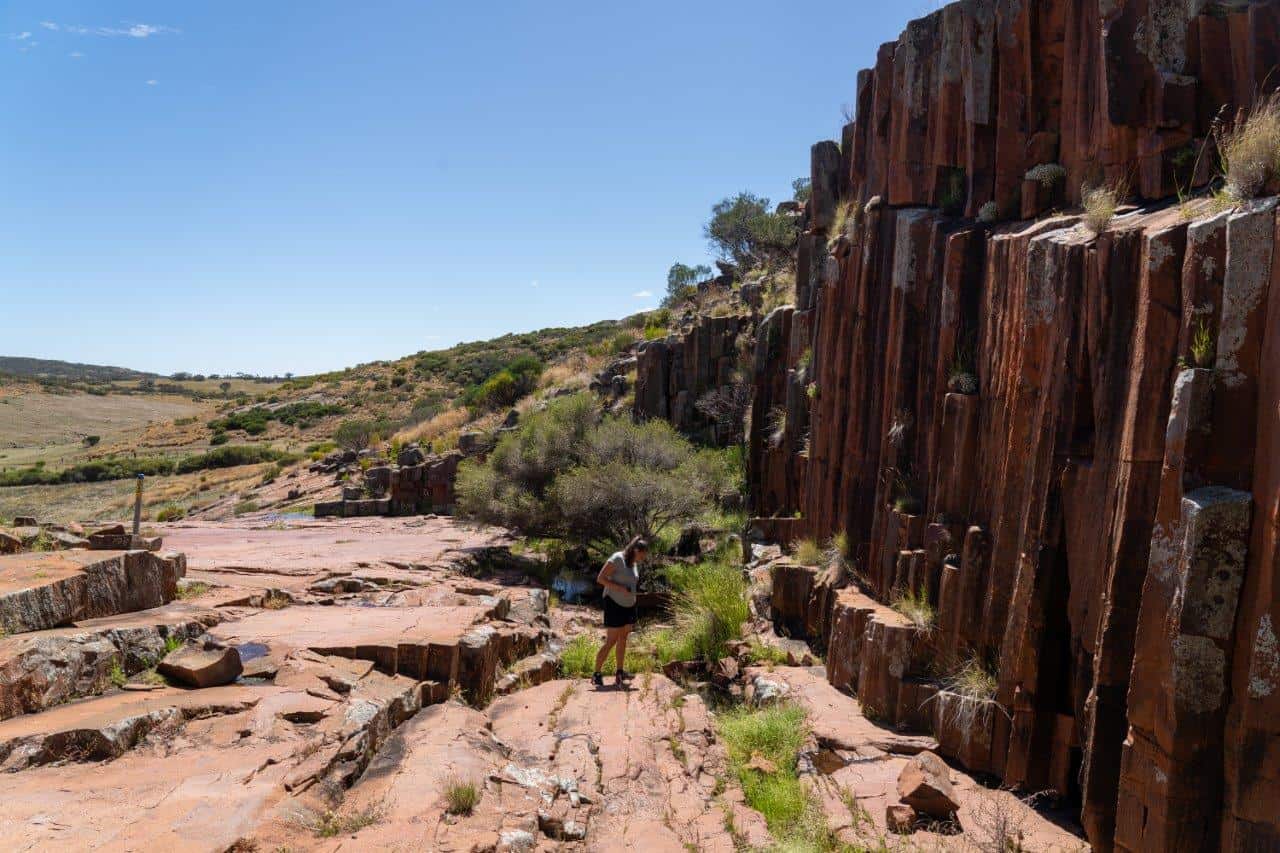 The views here were nothing short of beautiful 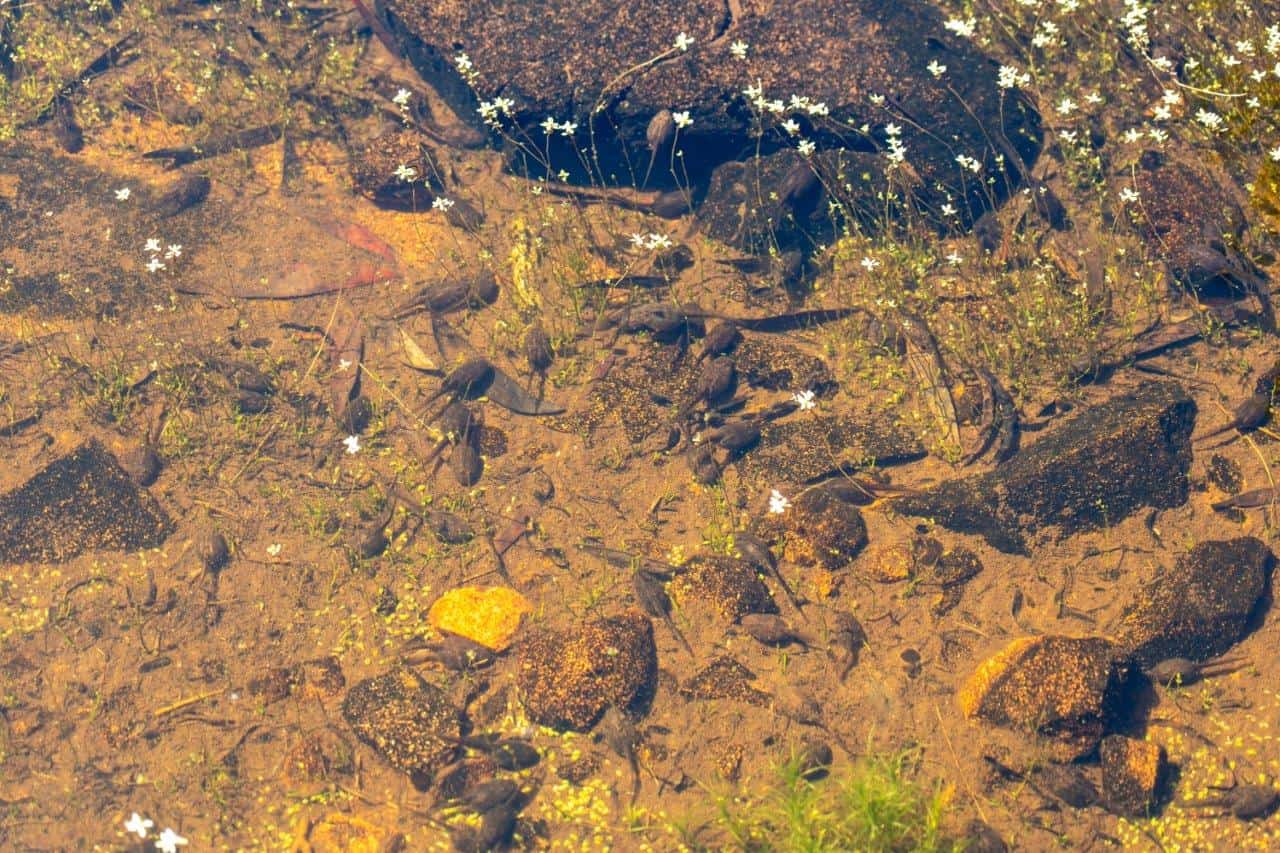 There were hundreds of tadpoles in the pools 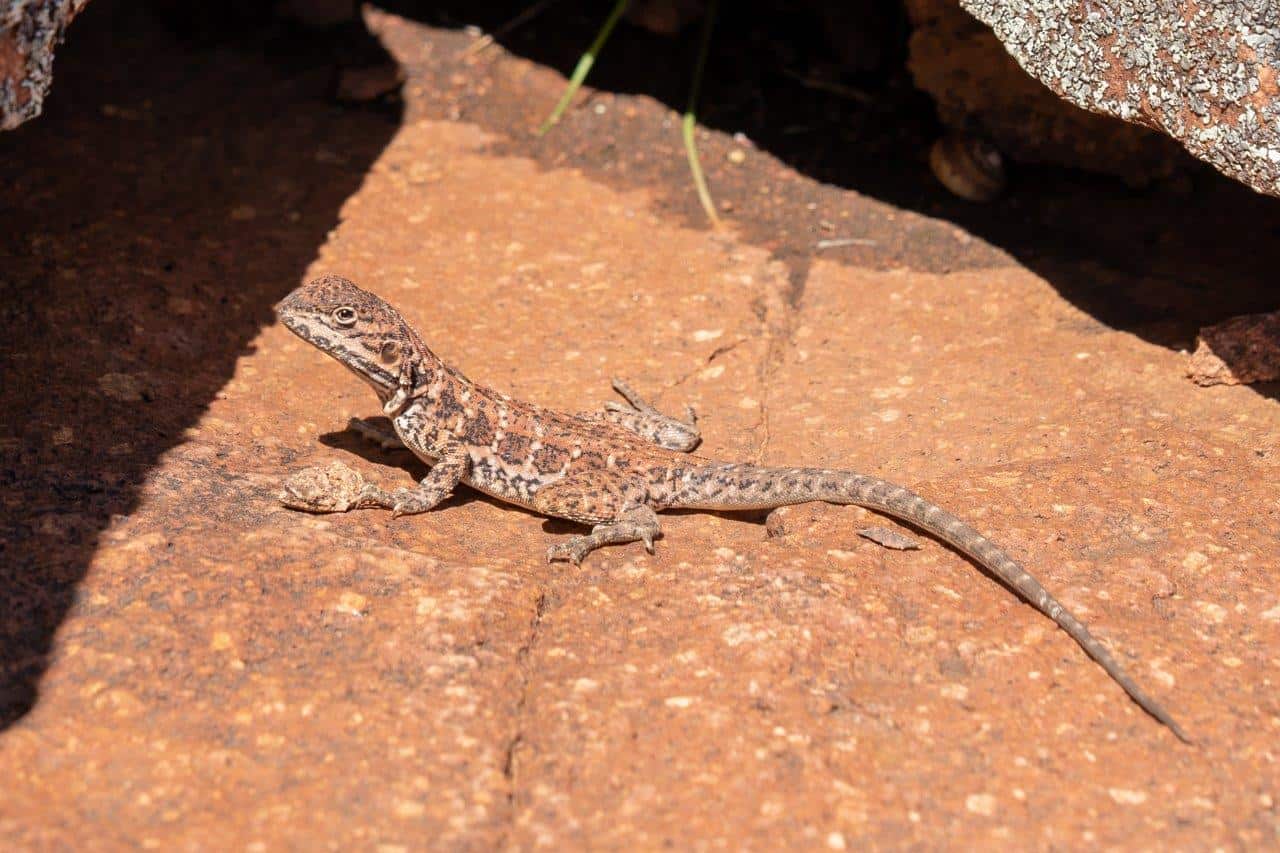 We saw plenty of beautiful little lizards too

This national park is surprisingly big, and takes a solid day to drive around. We left camp and did the main loop 4WD track, which is roughly 100km long. Initially, we pulled into the entrance of the track that has a big sign which says track closed when wet. Ironically, there was a massive puddle next to the sign, and we stopped for a while, debating what the meaning of wet is, and at what point you aren’t able to do the track.

Given it was blue skies, completely sunny and it looked like a random puddle, we decided to proceed with caution. As it turns out this was the biggest, and main puddle we encountered, with the majority of the track completely dry, and a number of other 4WD’s out there enjoying the area. If you’d come in from a different entrance you’d never have given it a second thought, but it was a bit of a ‘what’s the right thing to do here’ moment.

I’m getting sidetracked again though; the main loop 4WD track is extremely easy, and I’d basically call it a gravel road with exception of a couple of hill climbs and some rocky sections. I don’t think I even put it in 4WD; it is well maintained, and really straightforward. 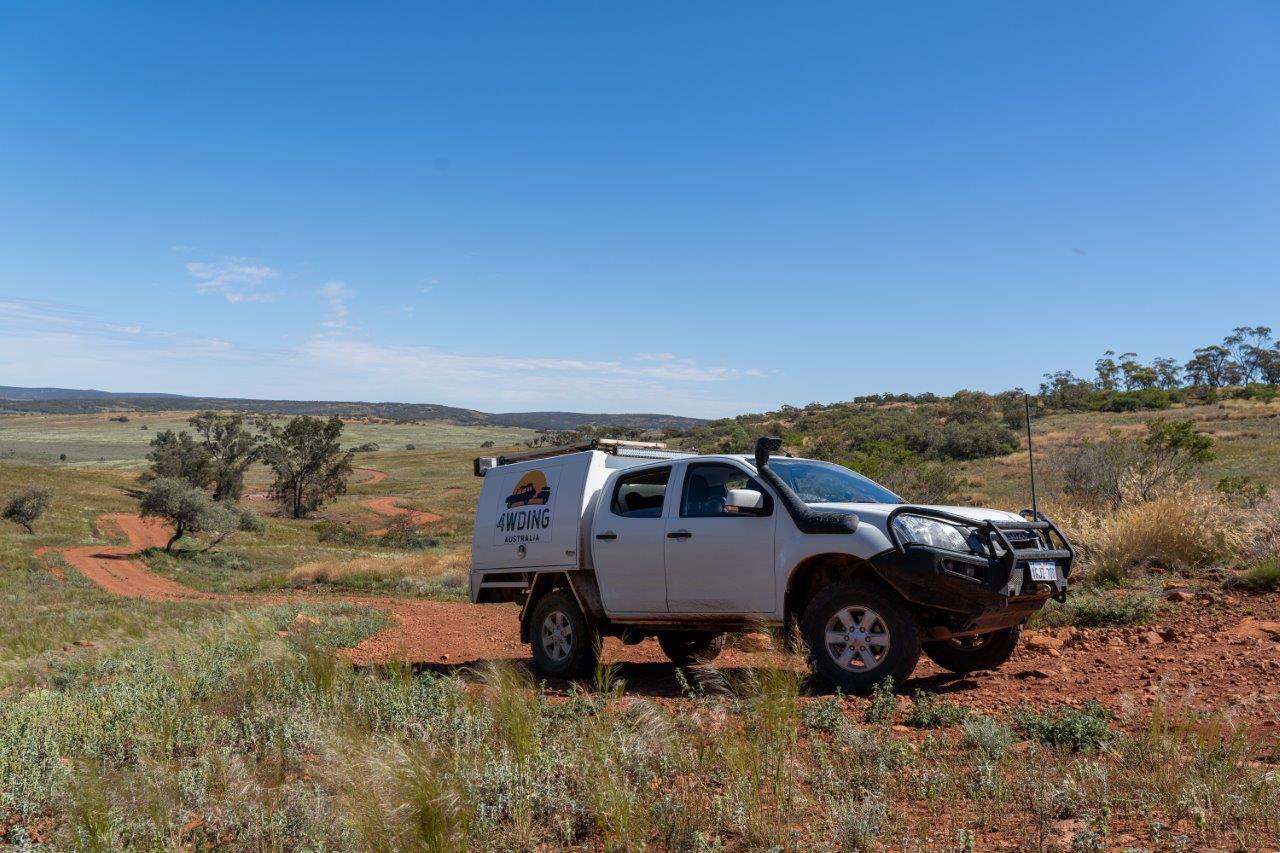 I would recommend you deflate your tyres to a reasonable level though, as some of the rocks look pretty nasty and having the extra traction from time to time is useful. We ran 28 and 30 PSI cold tyre pressures, which was perfect for loping along at the 60km/h speed limit. 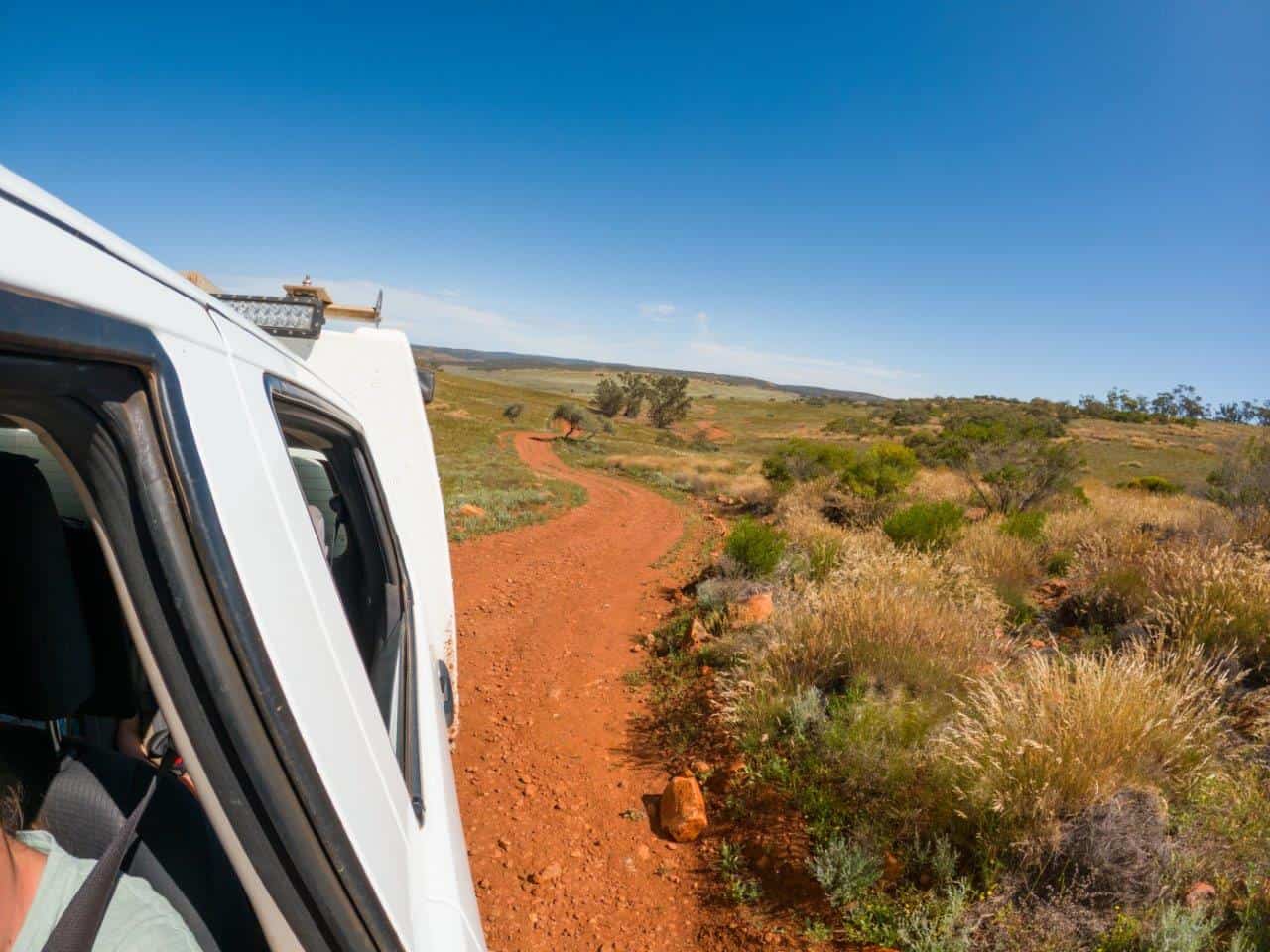 There’s some sharp rocks, but the views are spectacular

If you are coming from Minnipa, its worth stopping in at Pildappa Rock. Other than that, there’s not much nearby, and we came in from Pildappa Rock side, and left through Kimba.

There are however, plenty of things to see in the National Park itself: 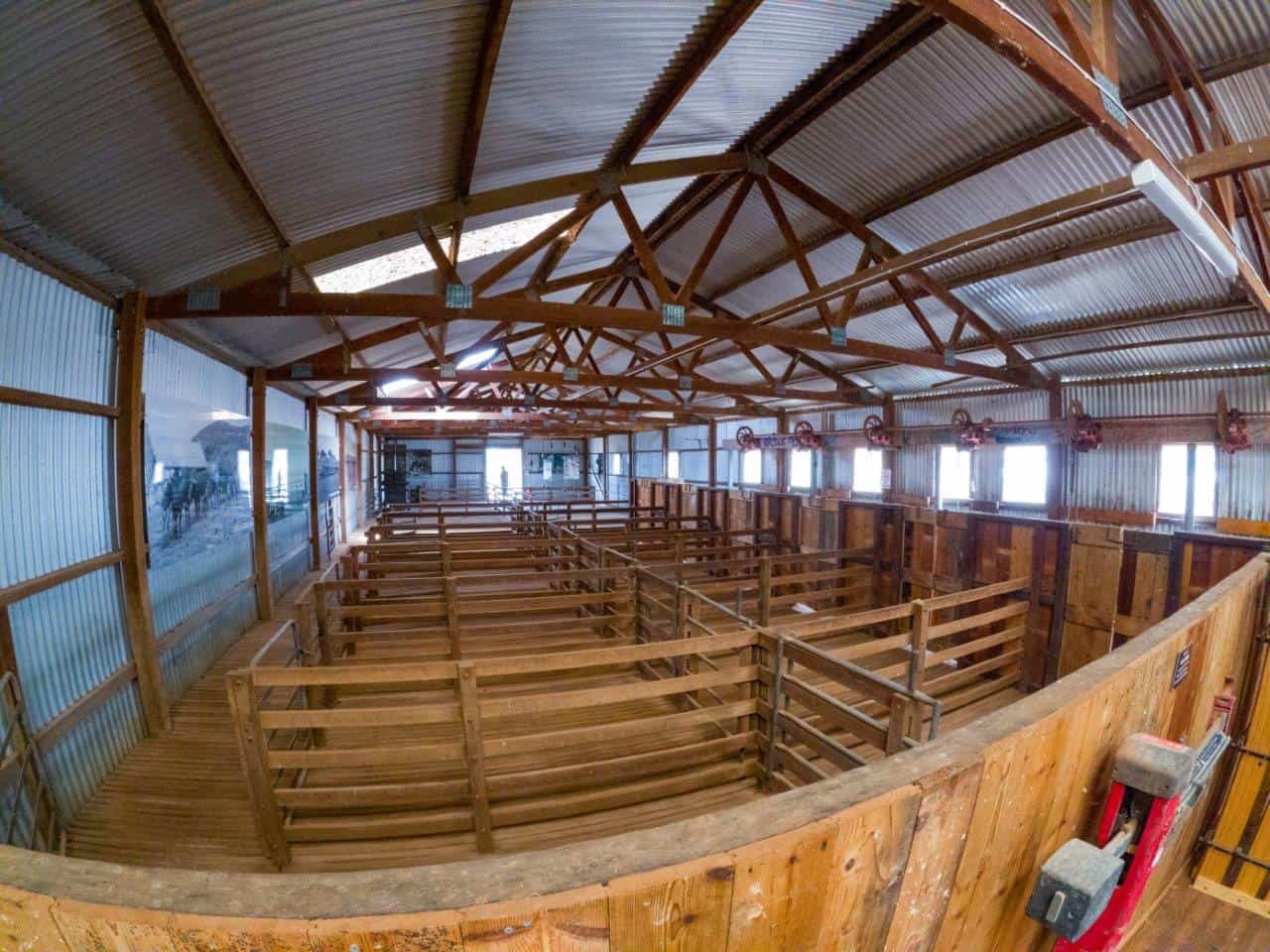 The wool shed, and lots of history around it 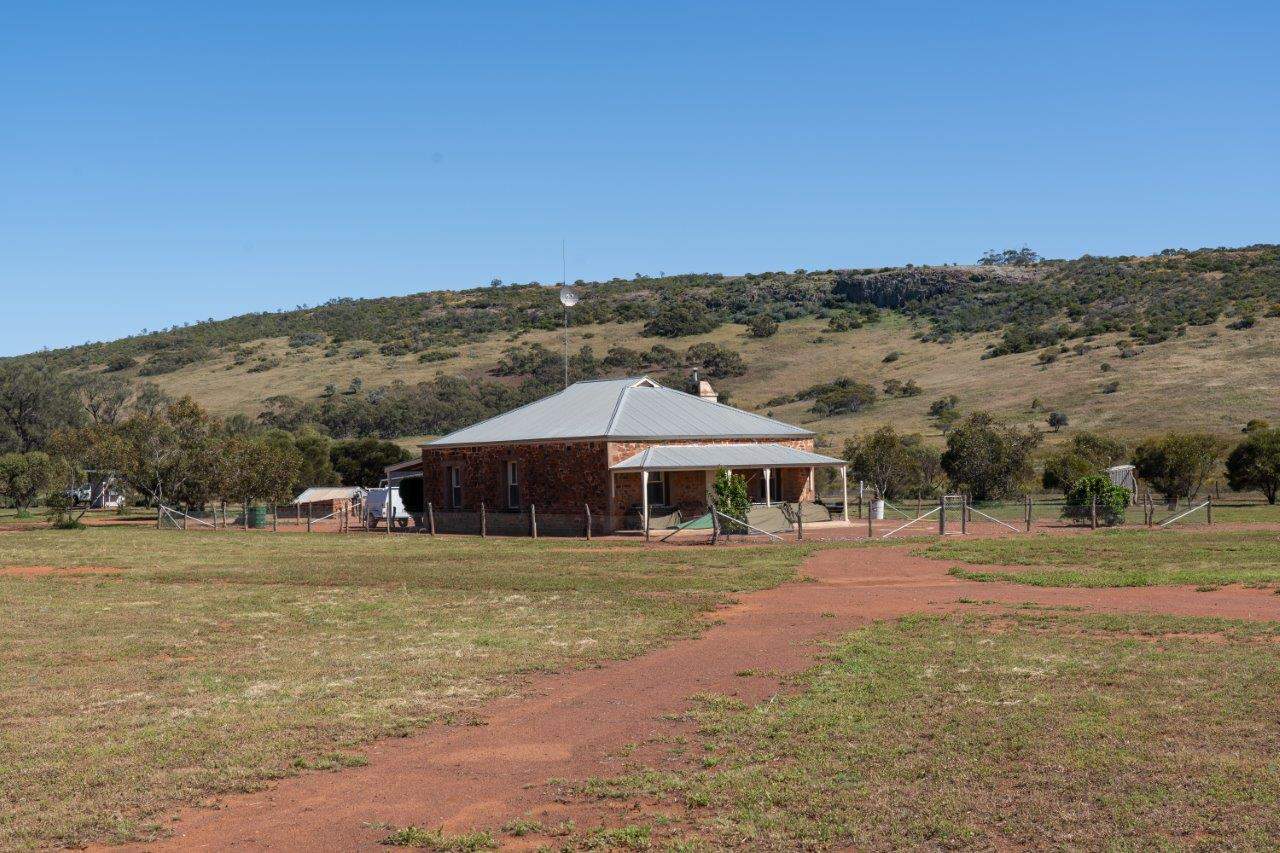 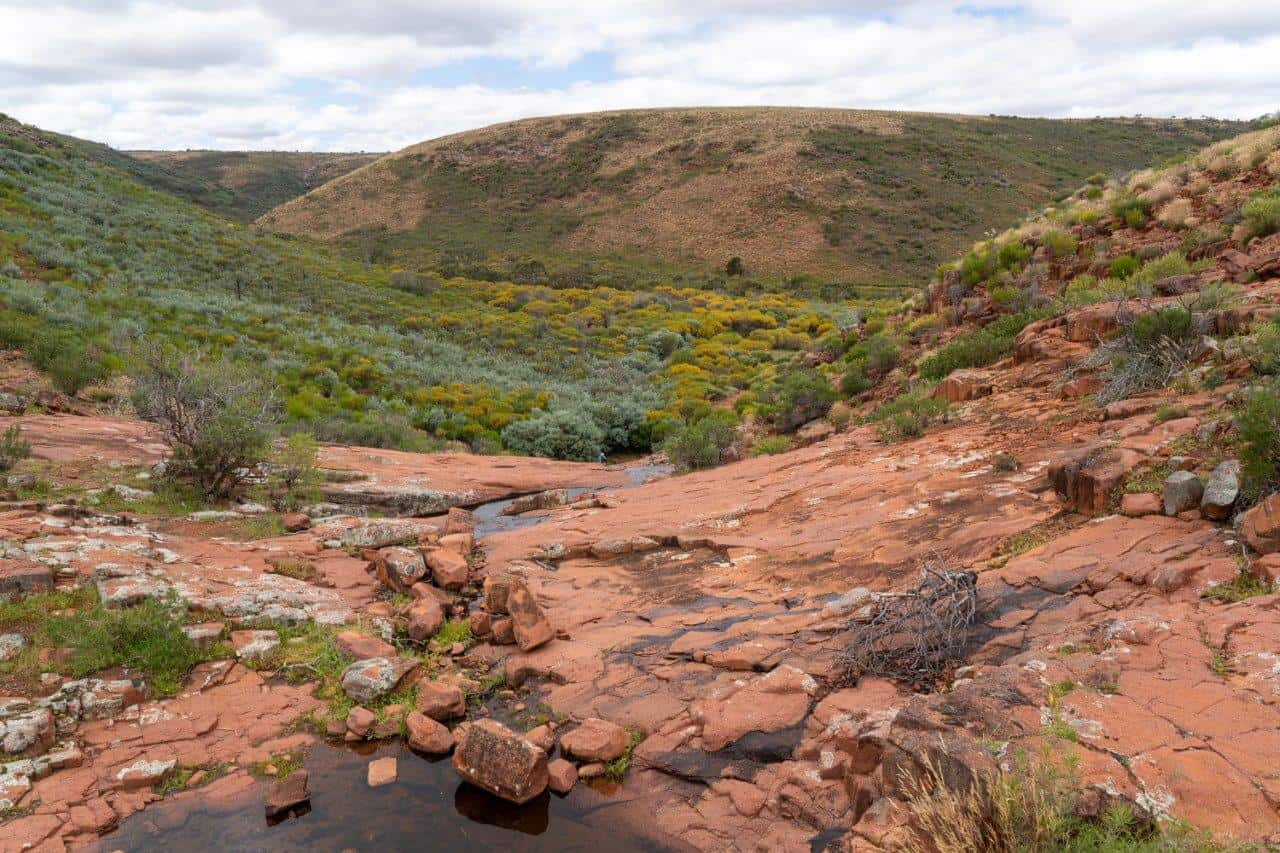 Explore the huge number of walks and hikes, with amazing views

The roads through the Gawler Ranges were generally in pretty good condition. We did have a couple of corrugated sections, and if you are doing the 4WD tracks or scenic drive they can be quite windy and narrow, so watch your speed.

I did deflate on the day we headed out 4WDing, and also left them low for the scenic drive out towards Kimba, mainly due to the rocks that we came across which could cause a puncture if you are unlucky. 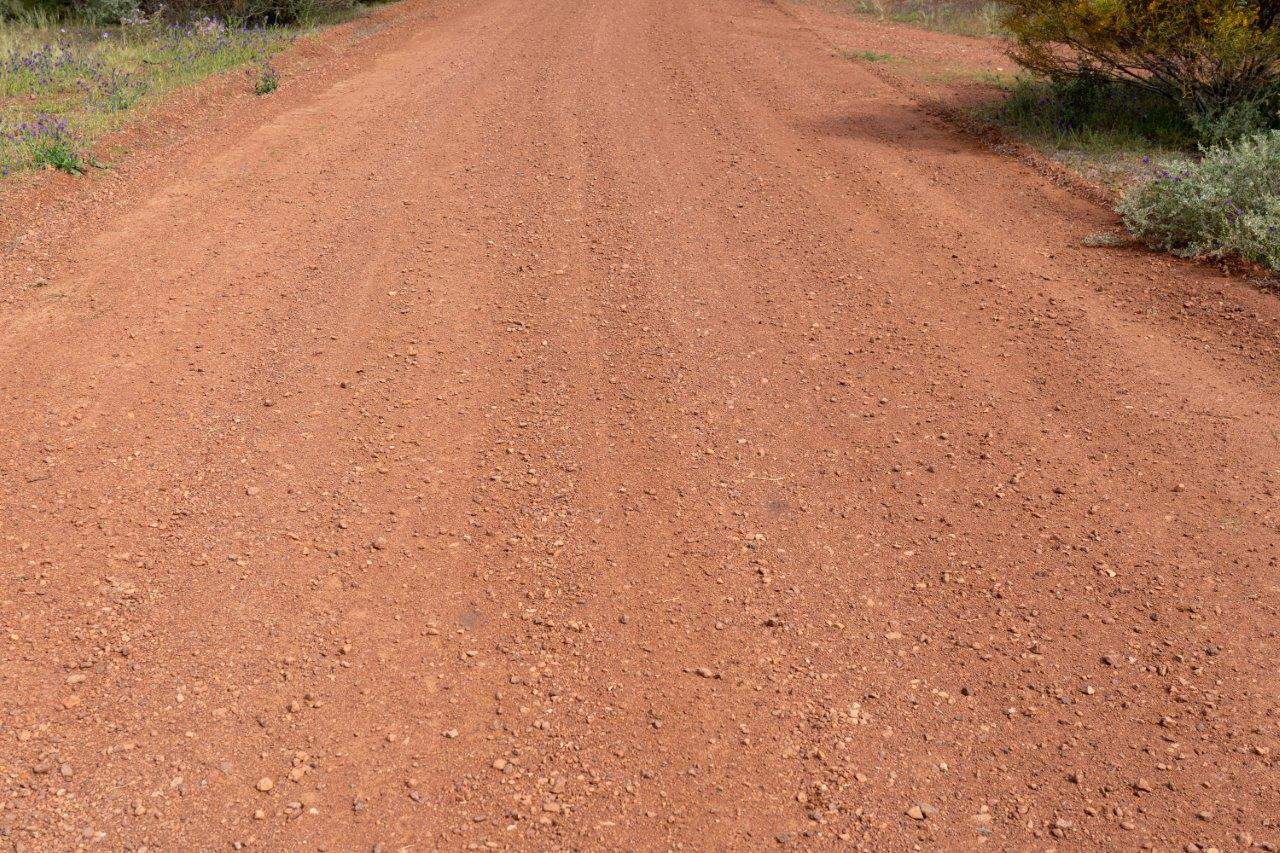 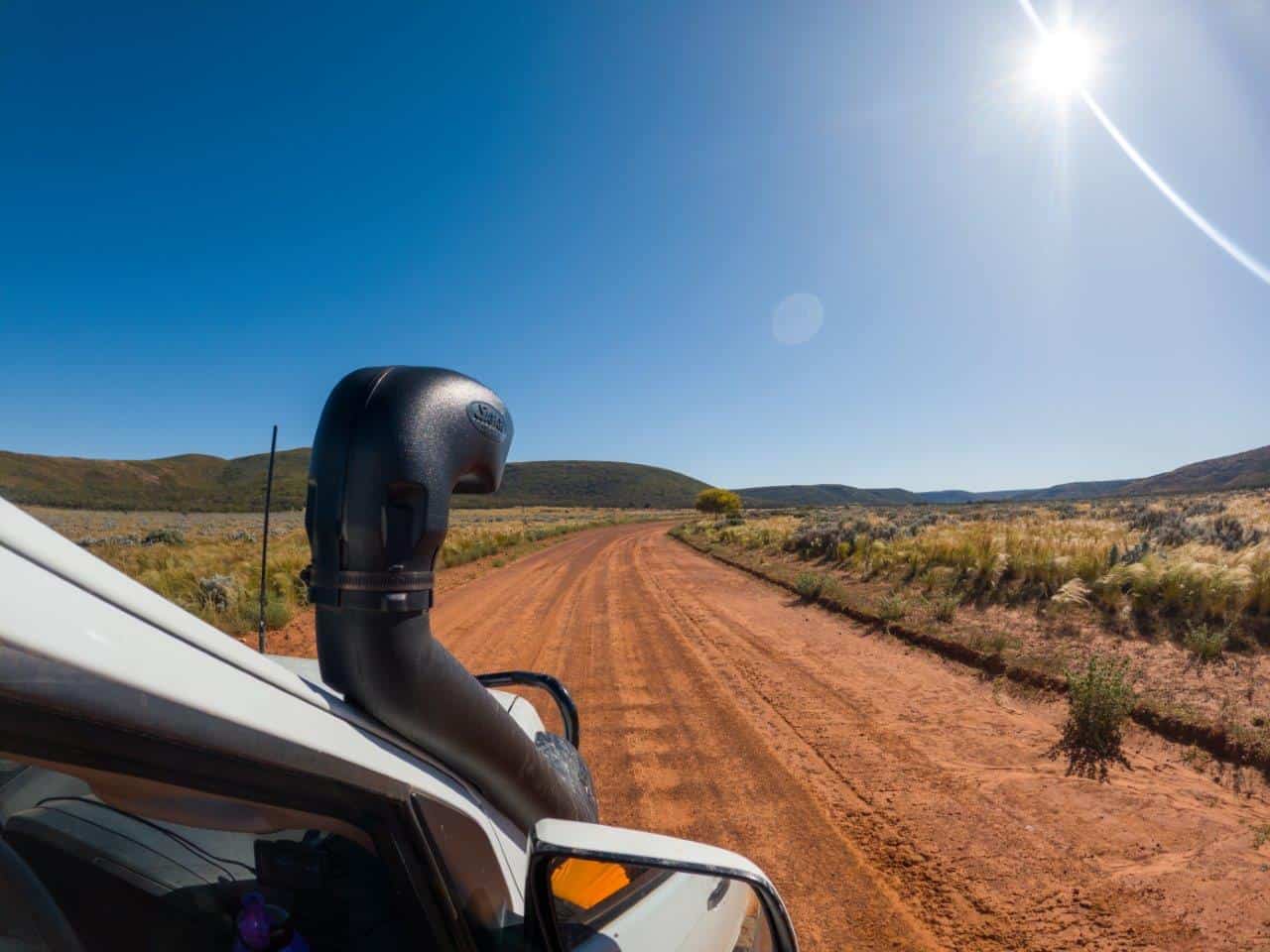 It’s not that popular

I was really surprised at the lack of activity in the Gawler Ranges National Park. Its cheap, well worth a look and the camping is solid bush camping. We visited in the October school holidays, and in total saw about 10 vehicles over two days. 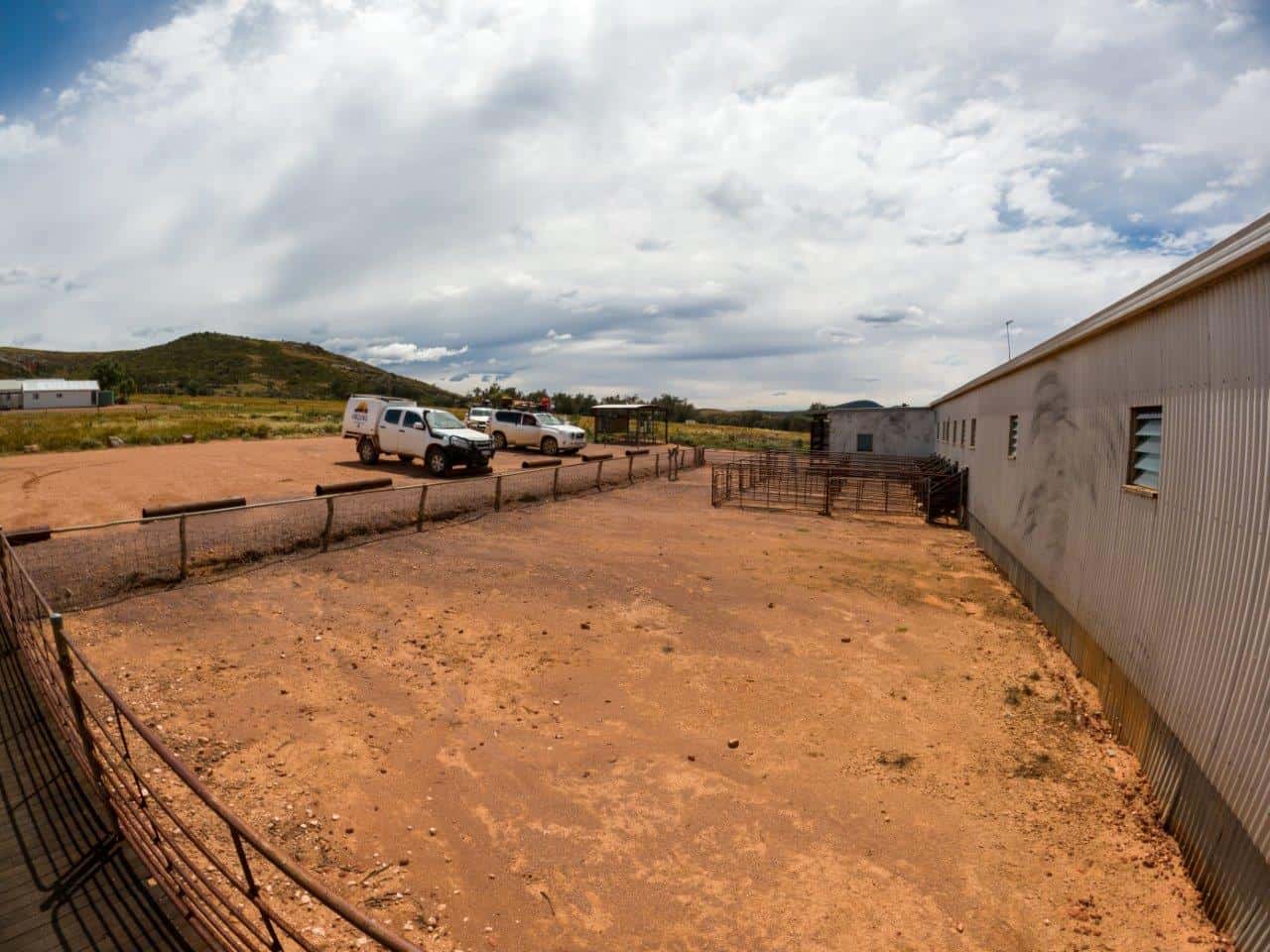 We didn’t see too many other people at all, which was surprising

I’d have thought that when we visited would be one of the more popular times due to the wildflowers and nice weather, but perhaps its just not a popular park. I don’t know why, as we really enjoyed it, and likened it to some parts of the Pilbara, which are nothing short of spectacular. 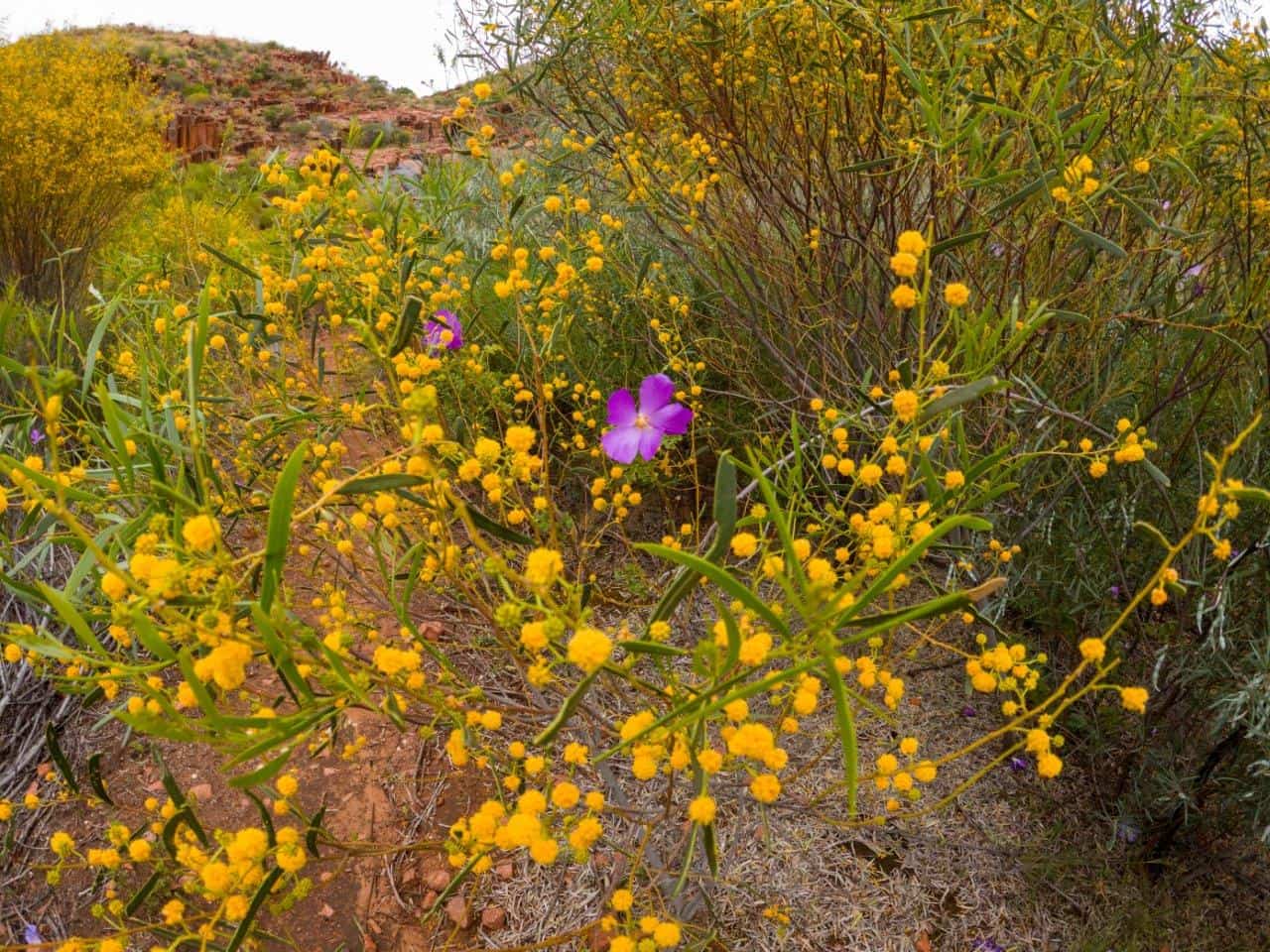 The flowers were out and quite spectacular

We were told that we’d probably see a heap of Emu’s, and on our drive around the National Park we saw over 20, particularly in the flat sections. Many had chicks, and they were just enjoying a nice day out, as were we! 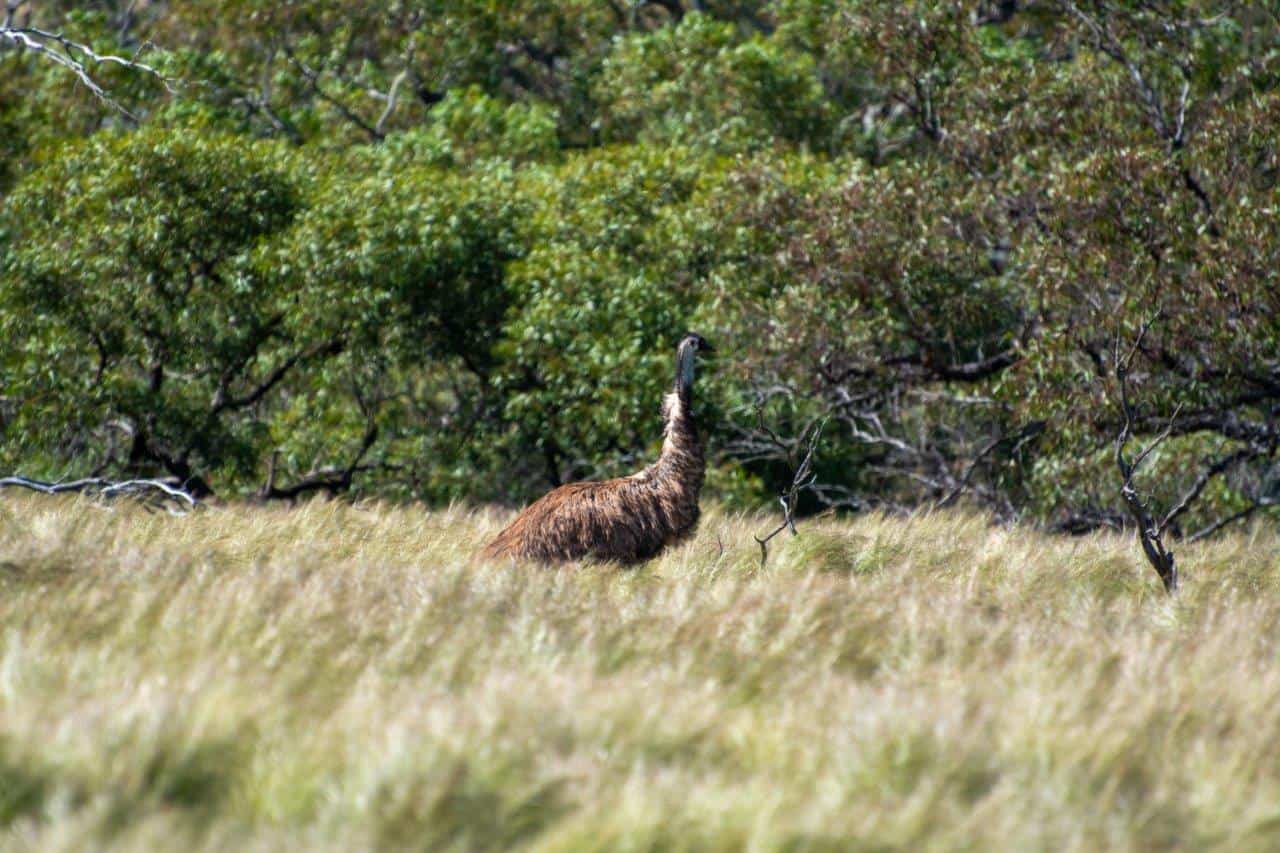 We saw quite a few Emu’s just enjoying themselves

We were also lucky enough to see a number of amazing blue wrens, which we love. 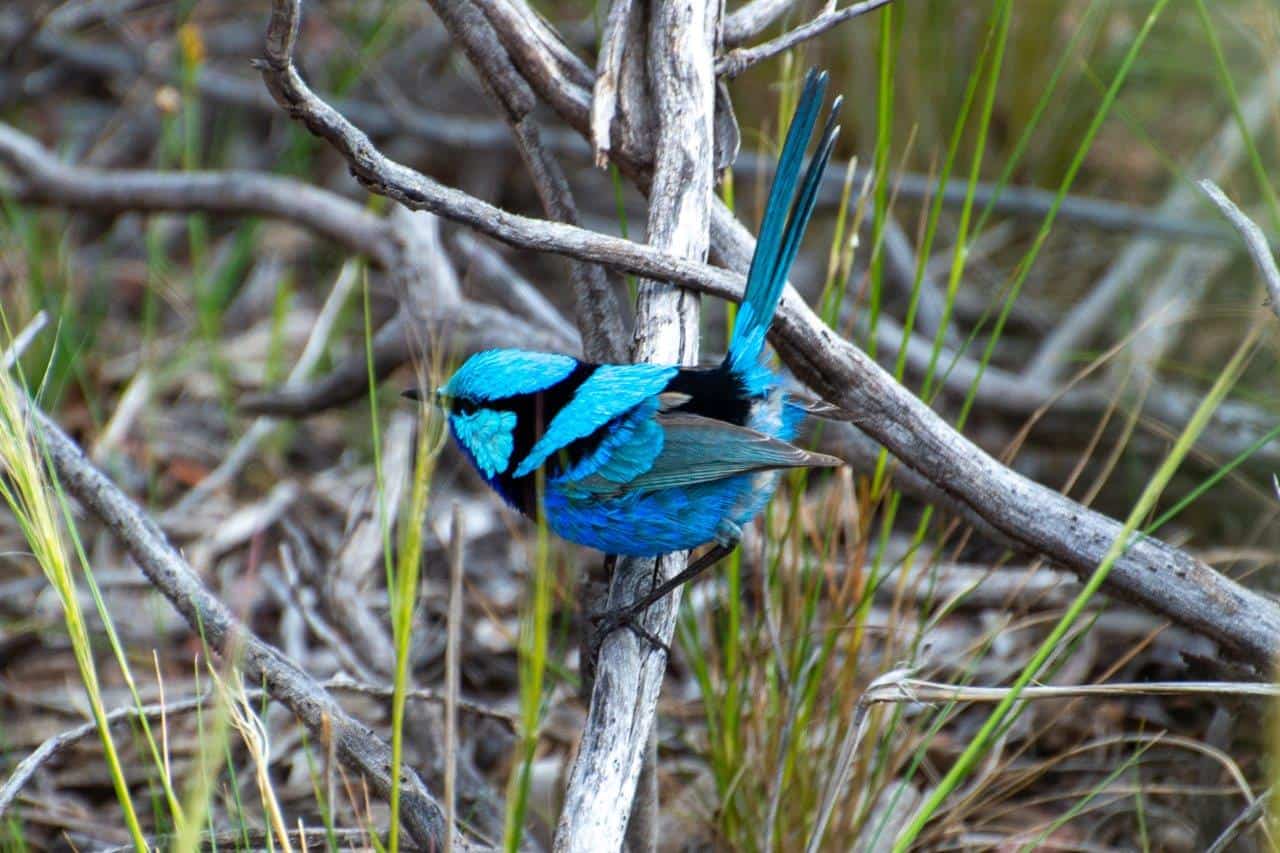 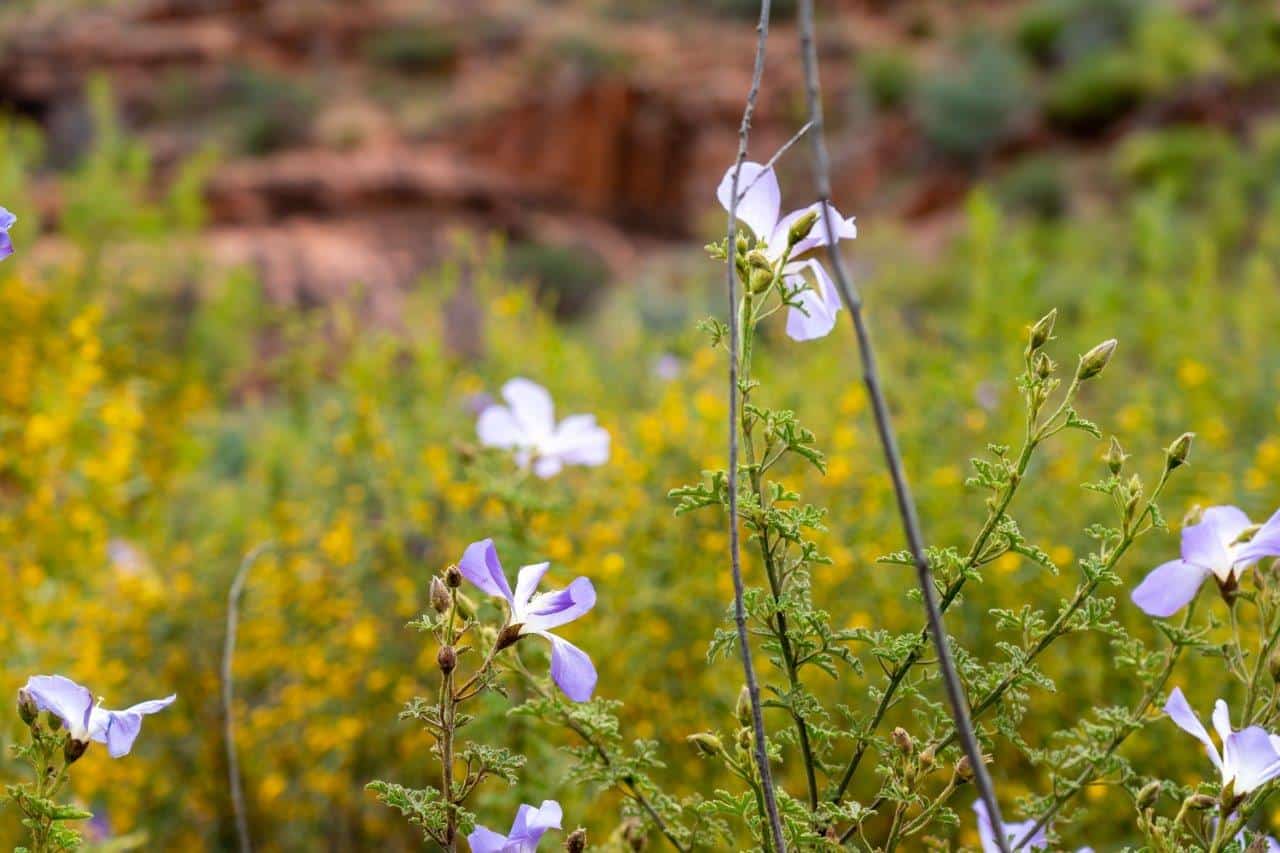 There were heaps of flowers out around the National Park 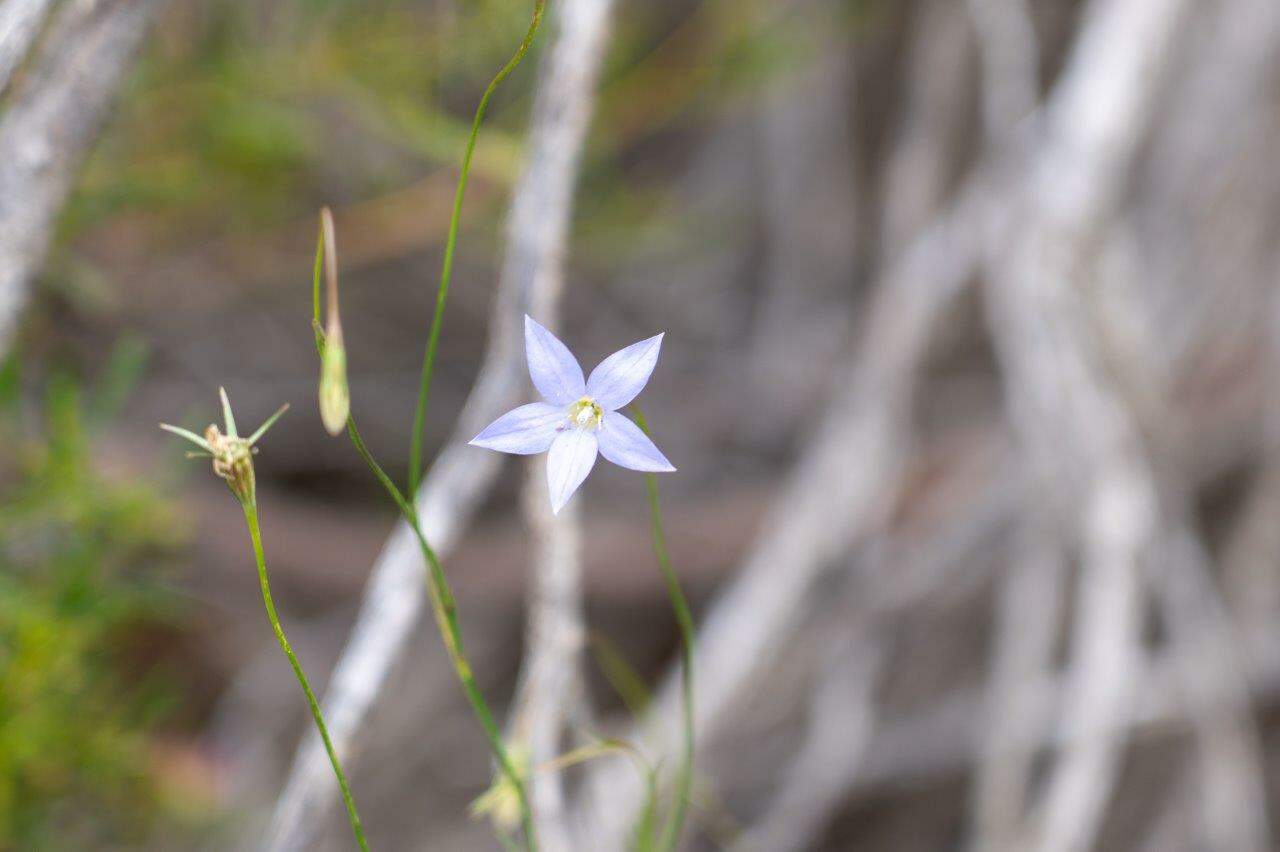 Orchids were out and about in a number of places

Would we go back to the Gawler Ranges?

Absolutely. It’s an amazing area, with lots of walks and plenty to see. It would be brilliant to see things really flowing after a heap of rain, but it was the perfect place to call into between Perlubie Beach and the Flinders Ranges, which we also really enjoyed.