On our way from Perlubie Beach to the Gawler Range National Park, I spied a rock on Wikicamps that looked pretty amazing, and we decided to check it out. Pildappa Rock is a fairly popular tourist attraction, and I wanted to see how it compared to Wave Rock in Hyden, which we’ve visited a number of times in WA. 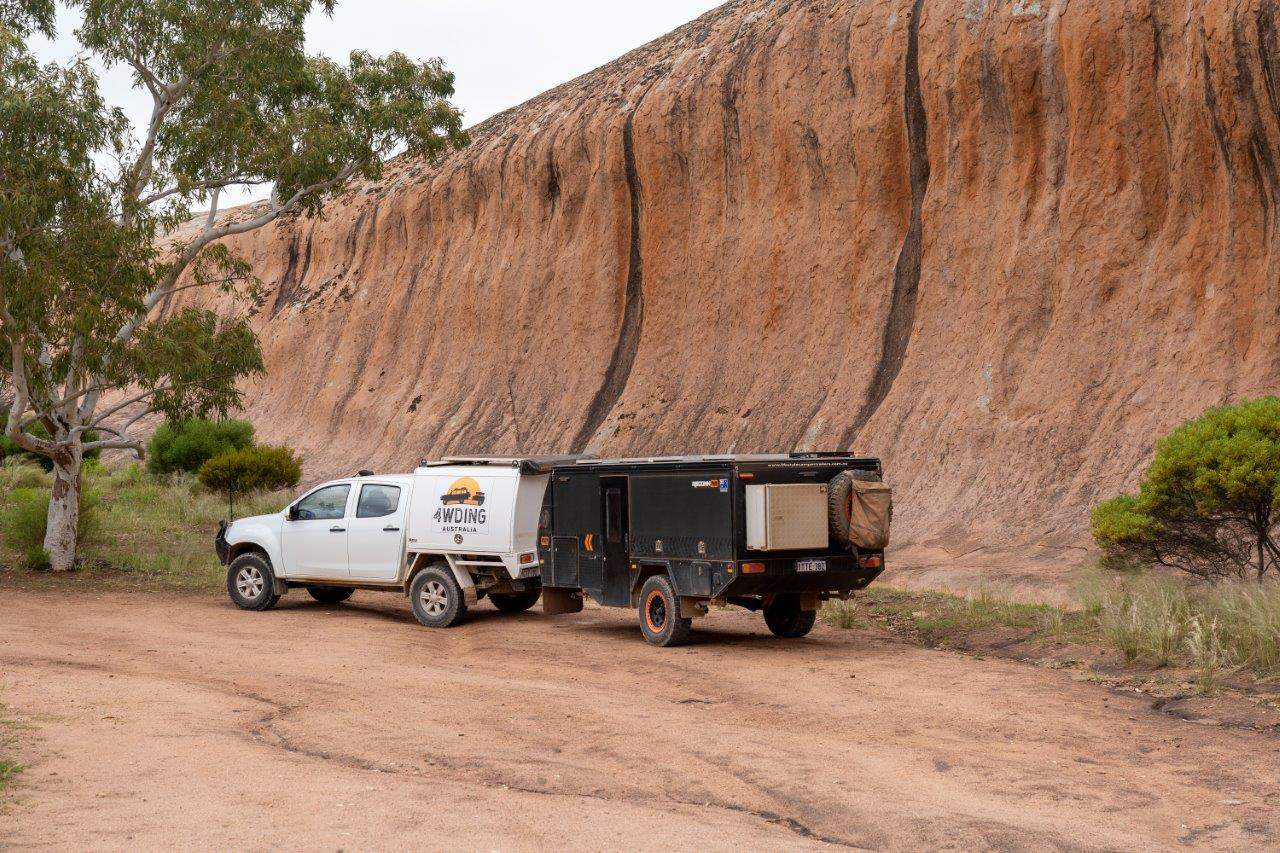 Arriving at the incredible Pildappa Rock

You’ll find this rock in the shire of Minnipa, virtually directly East of Streaky Bay. It’s 15 minutes drive from Minnipa, and not that far from Poochera. 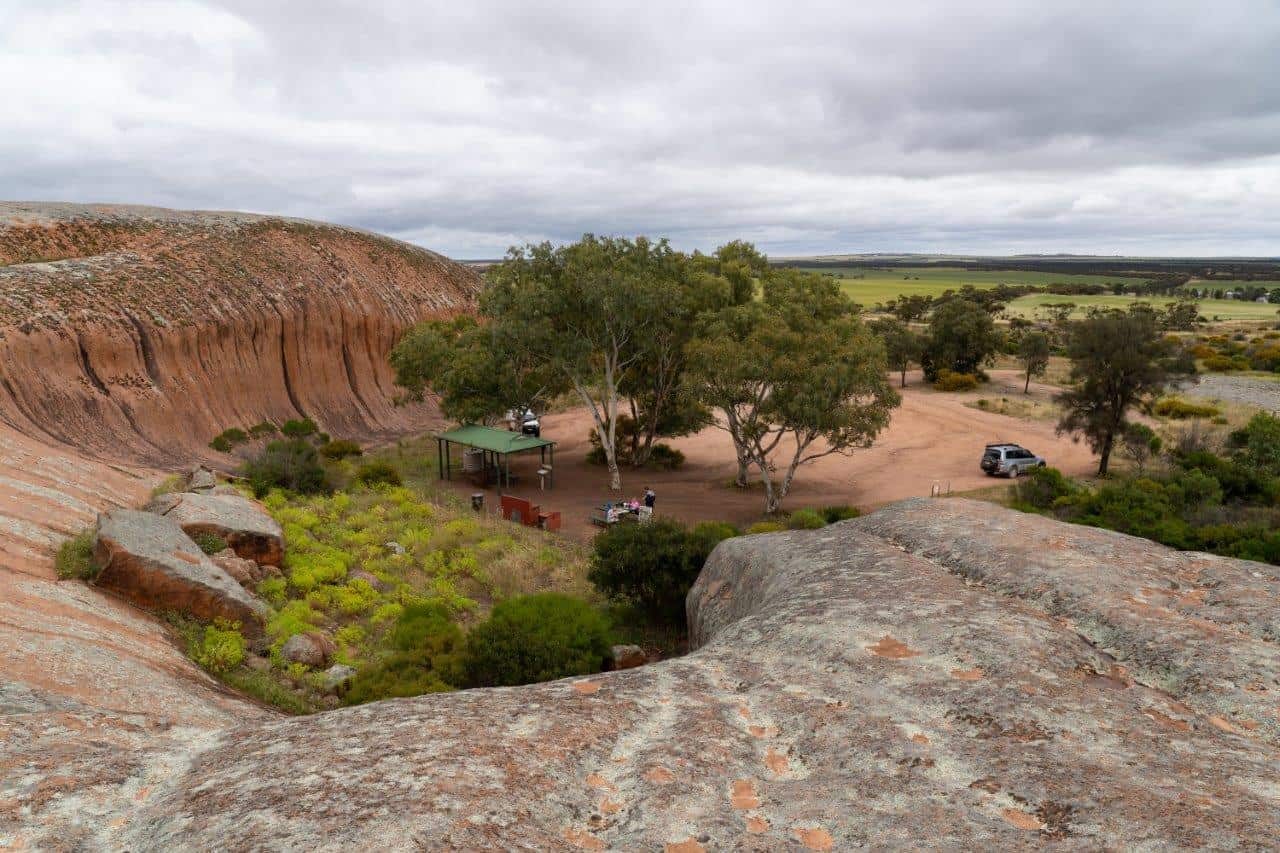 The rock is easily accessible on a gravel road 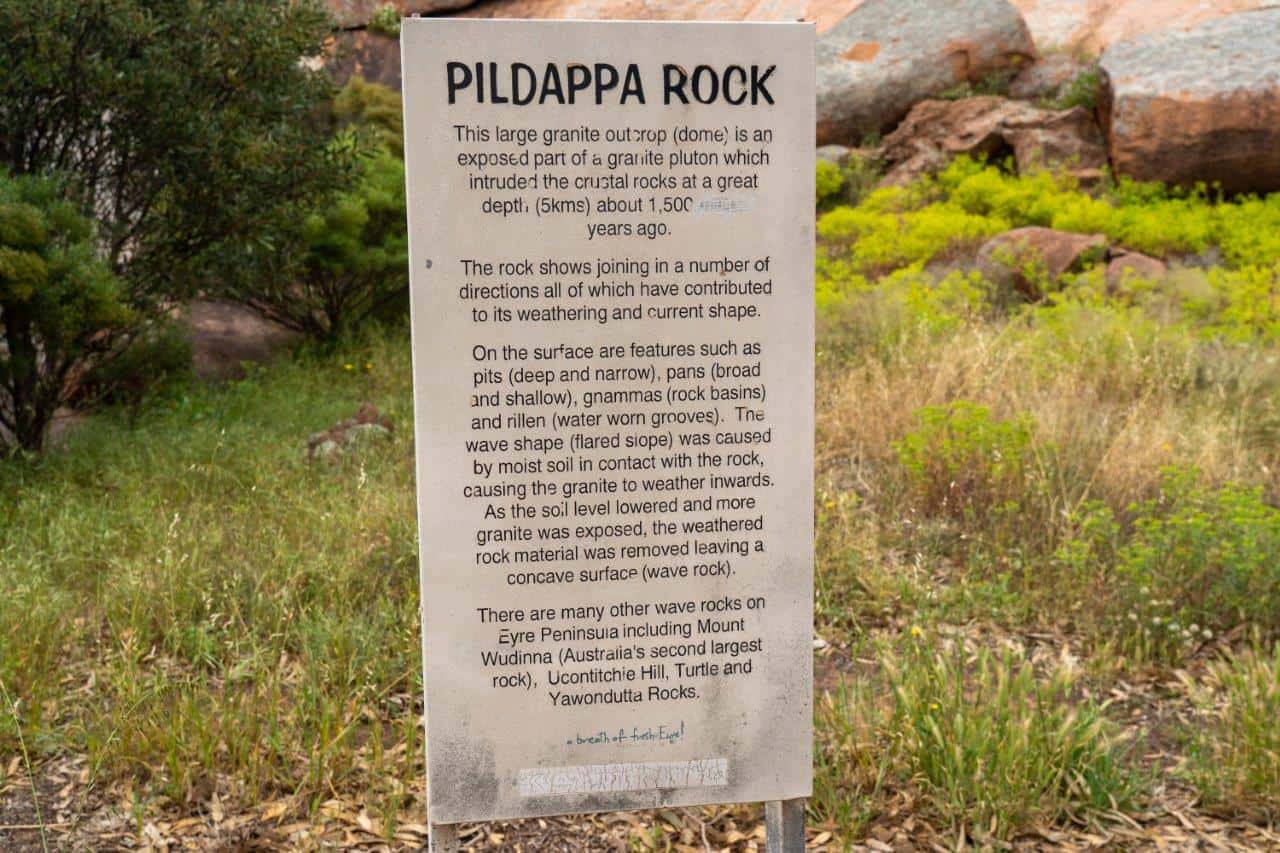 Pildappa Rock is a popular place to pull up and camp, for good reason. It’s completely free, easy to access and has some stunning views. A lot of people camp in the main picnic area, but you can drive all the way around the rock itself, with a number of places to pull up and camp.

The signs around the rock say no camping within 30 metres of the rock, which I’m not sure how you can follow as most of the spots are within 30 metres, but there you go. 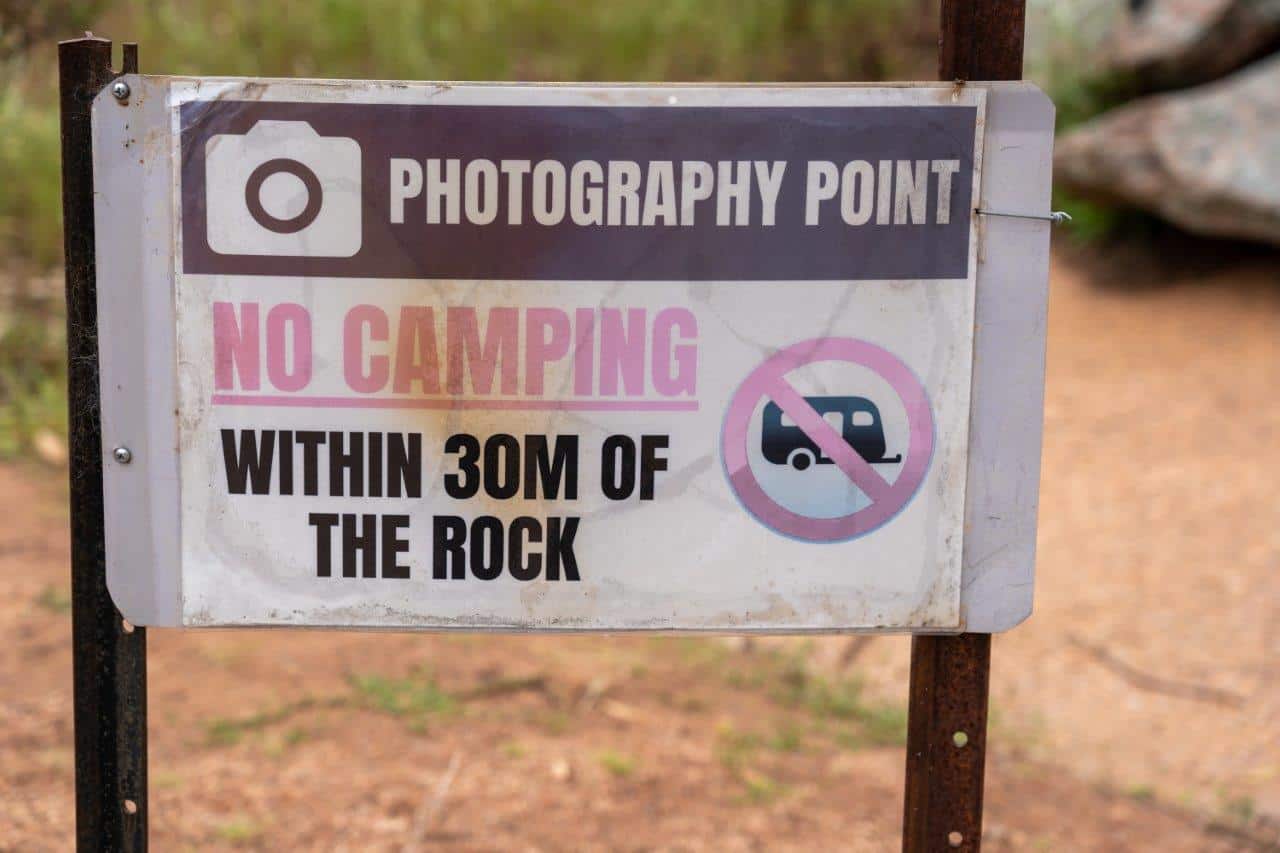 No camping within 30 metres of Pildappa Rock

We didn’t stop here for the night as we’d booked a camp ground in the Gawler Range National Park, but its spectacular and worth a look. 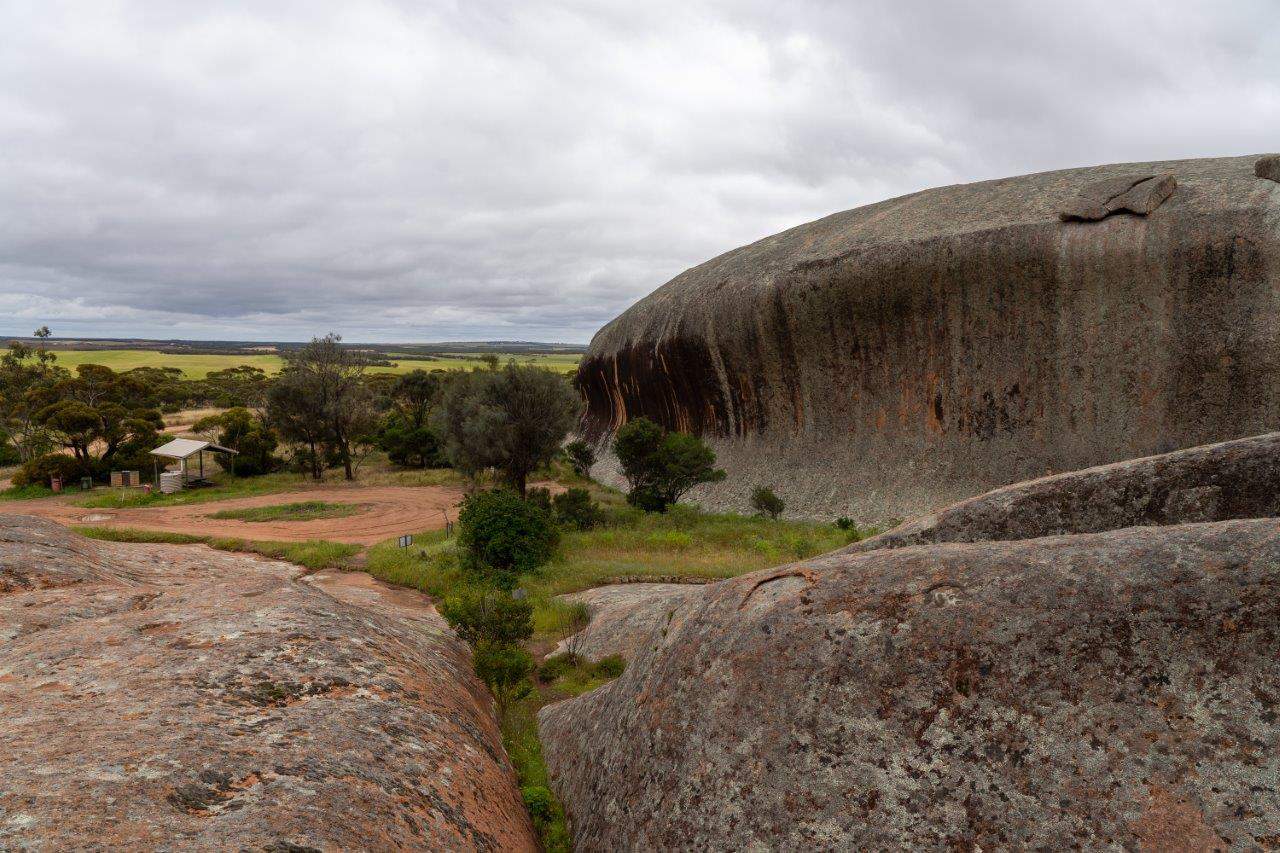 There’s plenty of places to pull in around the rock

Can you walk to the top?

Yep, from a couple of different locations. The entry and #2 picnic station is quite steep and hard, but #3 is much easier (around the corner). You can walk to either end, and to the highest point very easily. Watch the rock pools (some are quite deep) and the changes in level, but its fairly easy once you are up the first part. 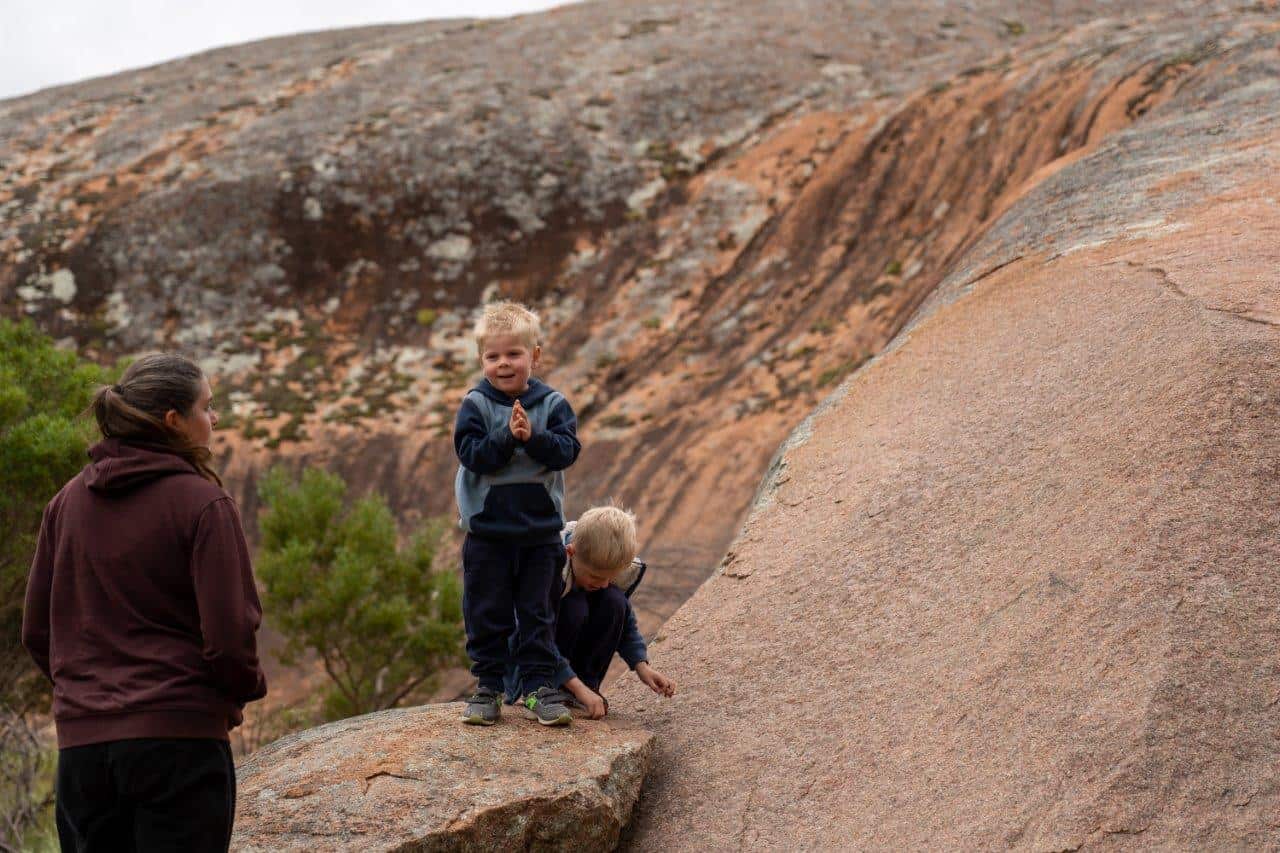 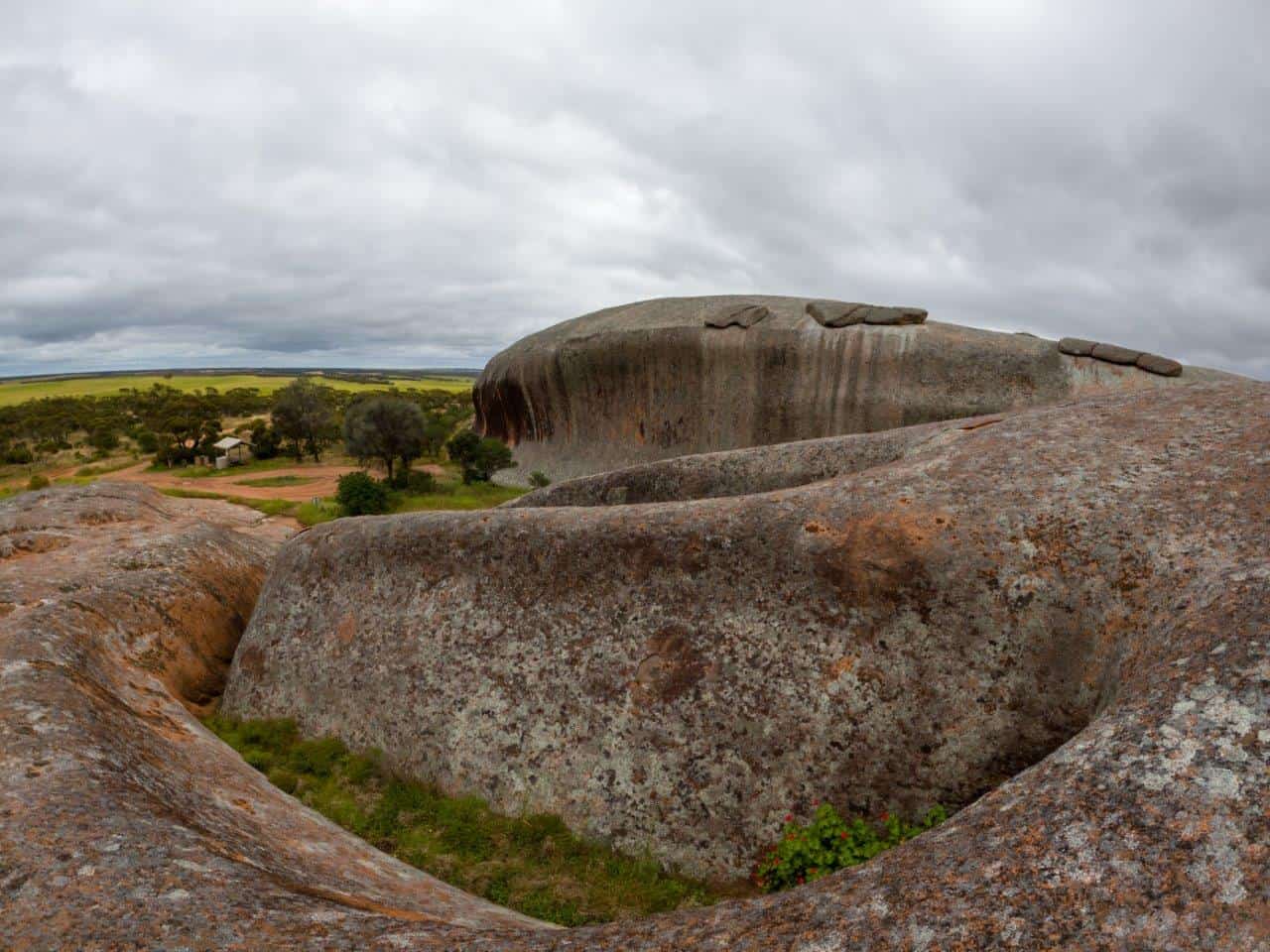 Accessing it from the other side is much easier

When I saw photos of Pildappa Rock, I was keen to check it out, but never expected it to be so beautiful. We picked a good time to visit with the crops being all nice and green, and some flowers out, but it really is a spectacular rock.

We spent some time walking around the top, and around the bottom, and were amazed at all of the different views that were quite magnificent. I was expecting it to be good, but it’s much nicer than that, and we all had a great time enjoying it.

Considering its completely free, and you can camp here for nothing, I reckon it gives Wave Rock in WA a run for its money! 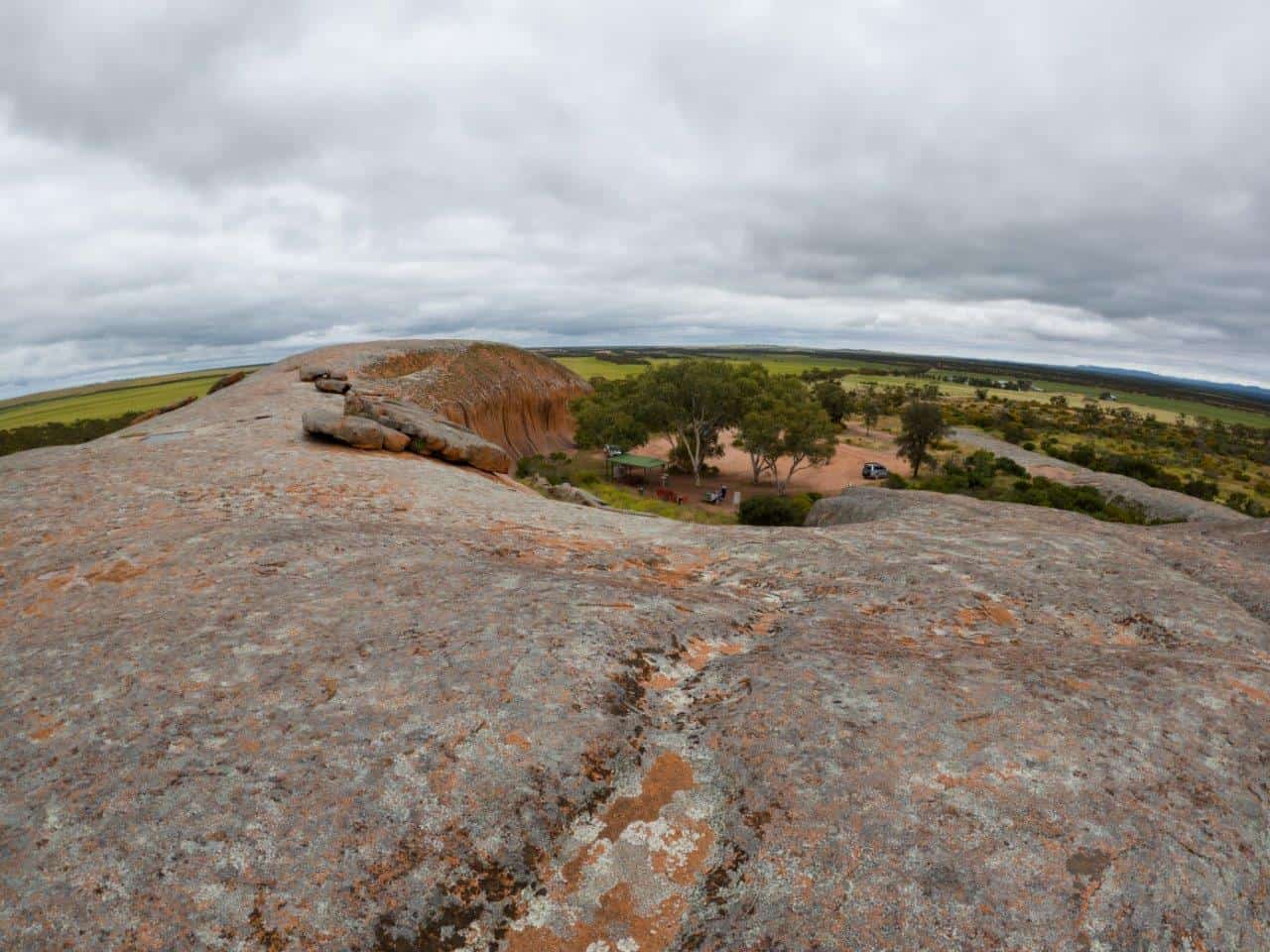 We were all genuinely surprised at how picturesque this place is! 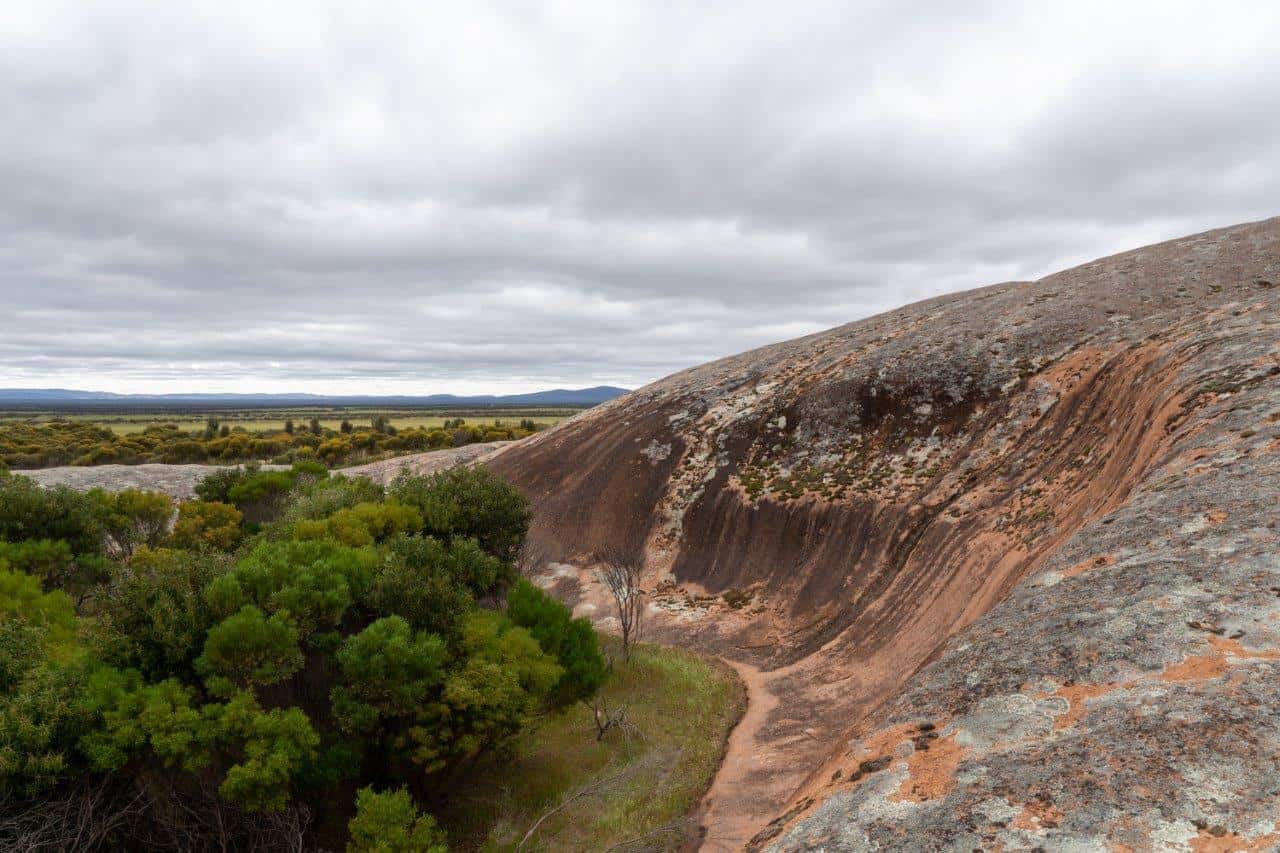 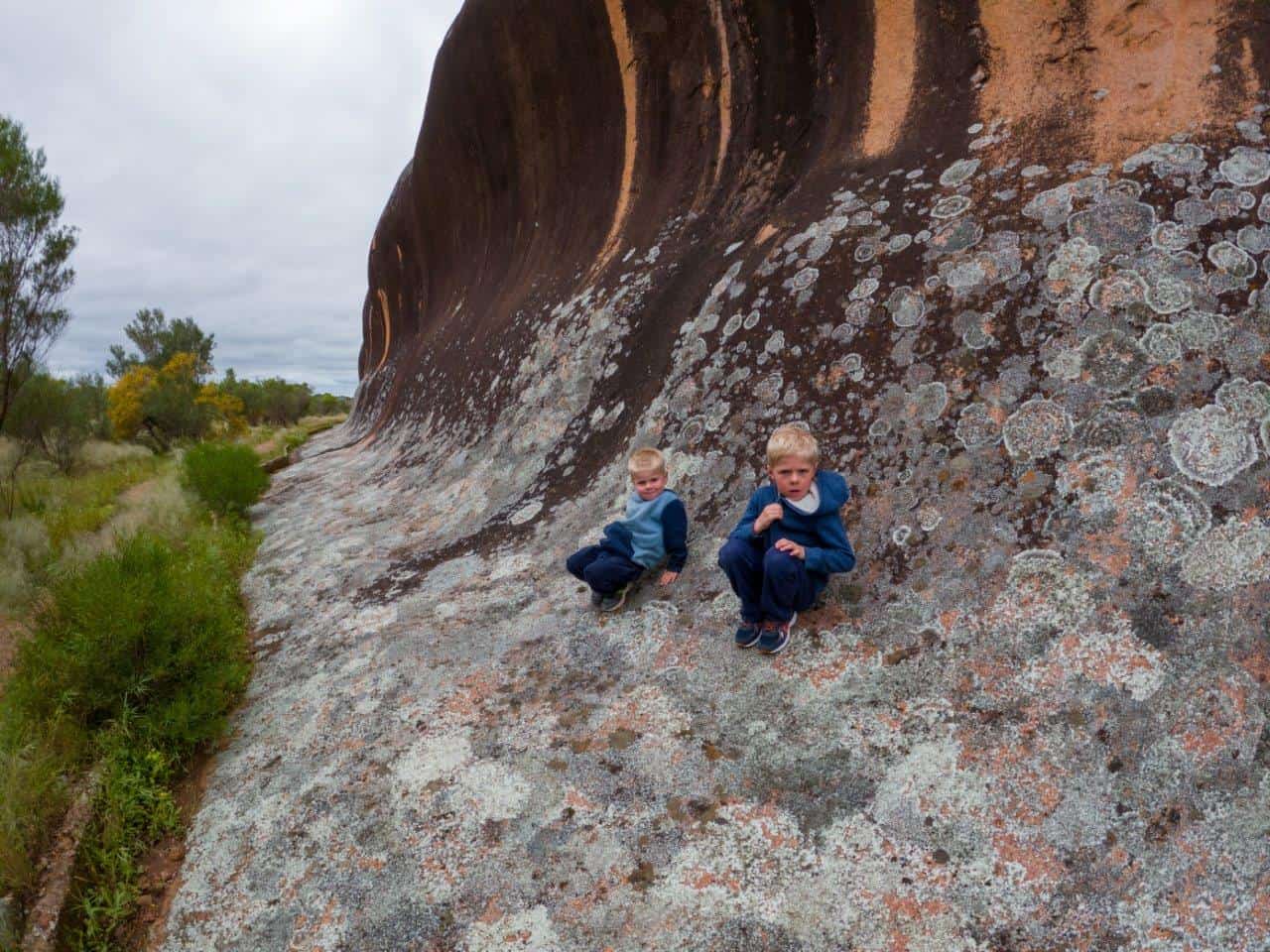 Our kids had a ball exploring the area