Moonlight Bay; a great free camp on the way to Port Lincoln

As we meandered our way down the East coast of the Eyre Peninsula, we were determined to check out as many awesome camp sites as possible. Next on the list was Moonlight Bay, and we arrived with the idea that ‘if its any good, we’ll stay, and if not, we’ll move on’.

It didn’t take too long to find a nice spot tucked away, with good beach access and plenty of room for the kids to run around, and we decided it was absolutely worth a night. 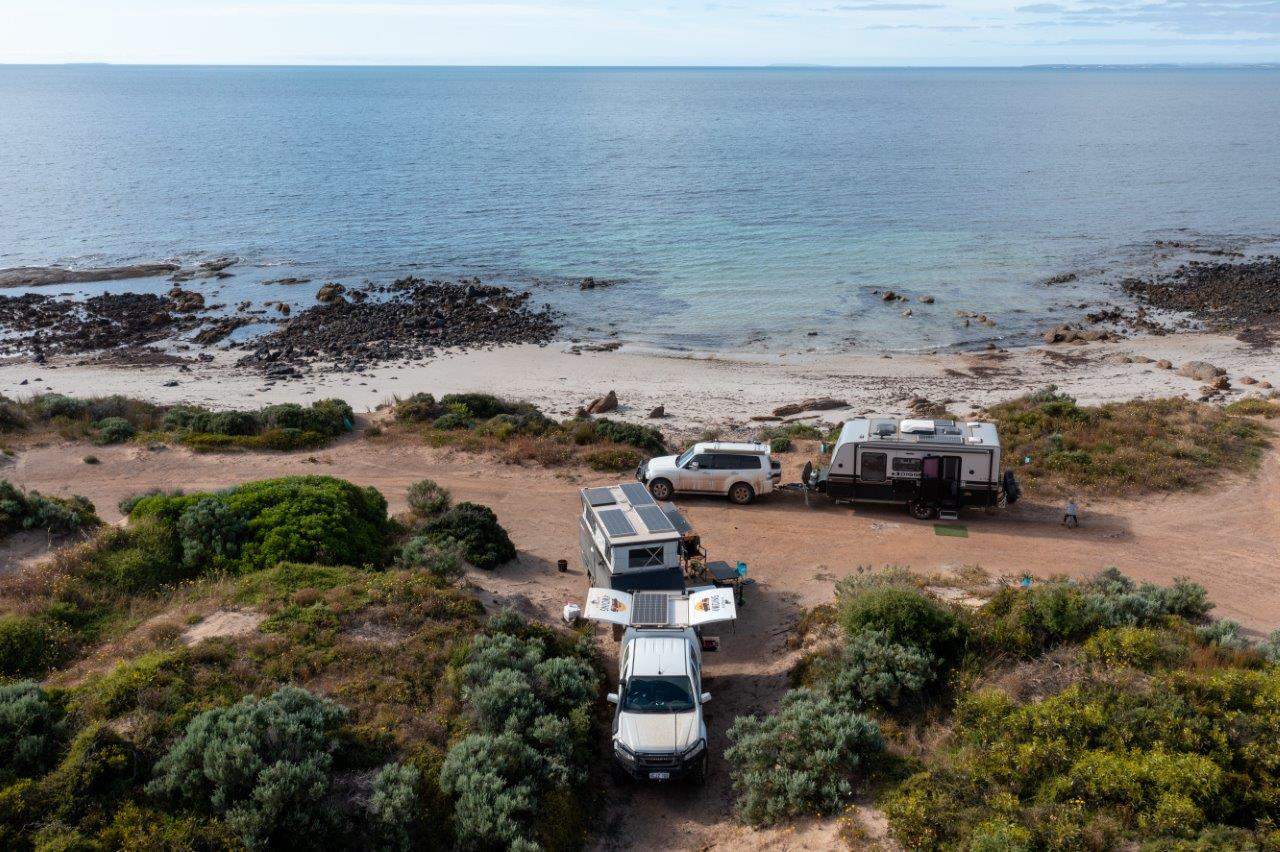 Our camp site at Moonlight Bay

Where is Moonlight Bay?

You’ll find this place in between Tumby Bay and Port Lincoln, and around 10km off the Lincoln Hwy. You can get there from the other Tumby Bay camp sites (Second Creek and Red Cliff Beach etc), or directly off the Lincoln Highway. 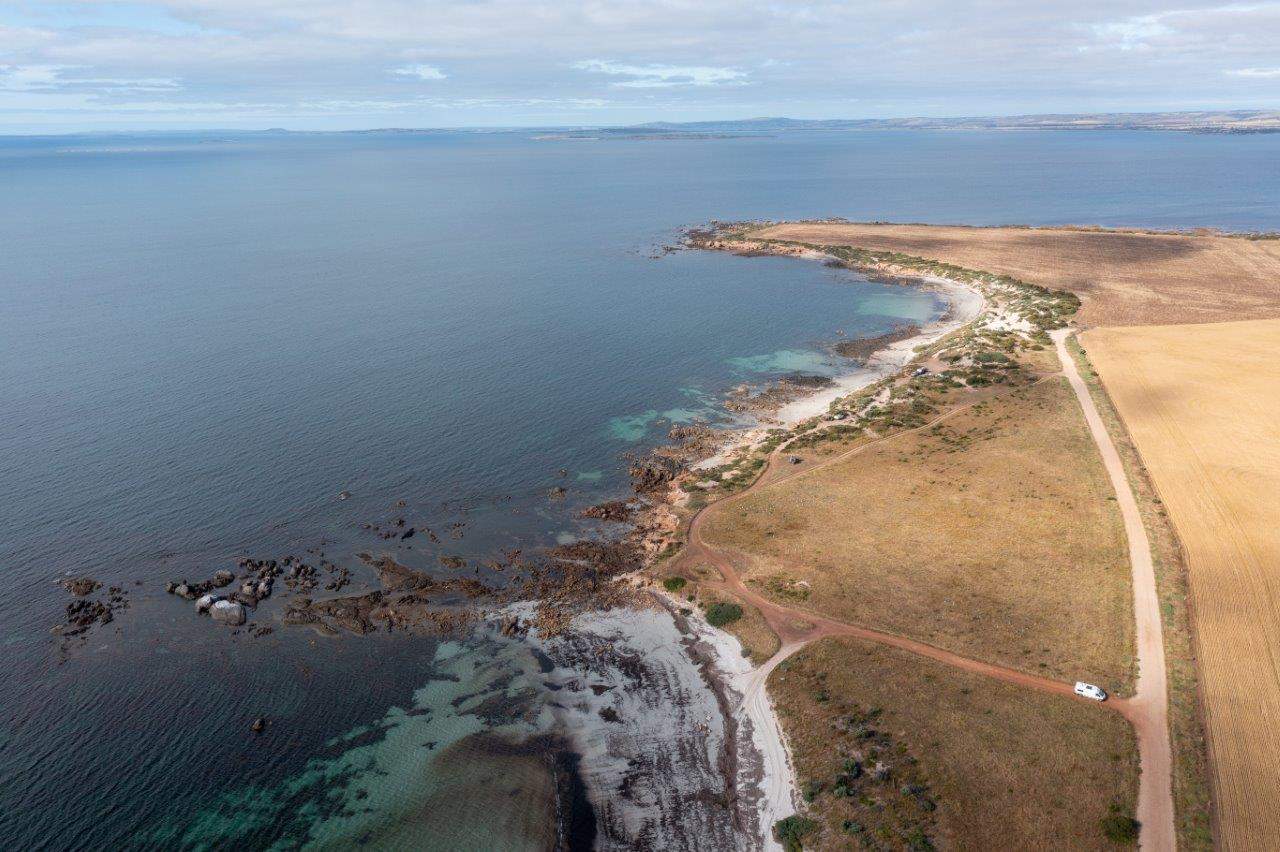 Located in between Tumby Bay and Port Lincoln, this place is spectacular

We drove into Moonlight Bay from the north, past Red Cliff Beach camp and then went out the other way, onto Lincoln Hwy. Both roads were in decent condition and easily doable with a 2WD, but the track from Lincoln Hwy in is certainly rougher with some pot holes and sections that you’d want to take it easier on with a 2WD.

I certainly wouldn’t call the road in rough, or bad from a 4WD owners perspective, but we did read some comments where people were complaining about it. 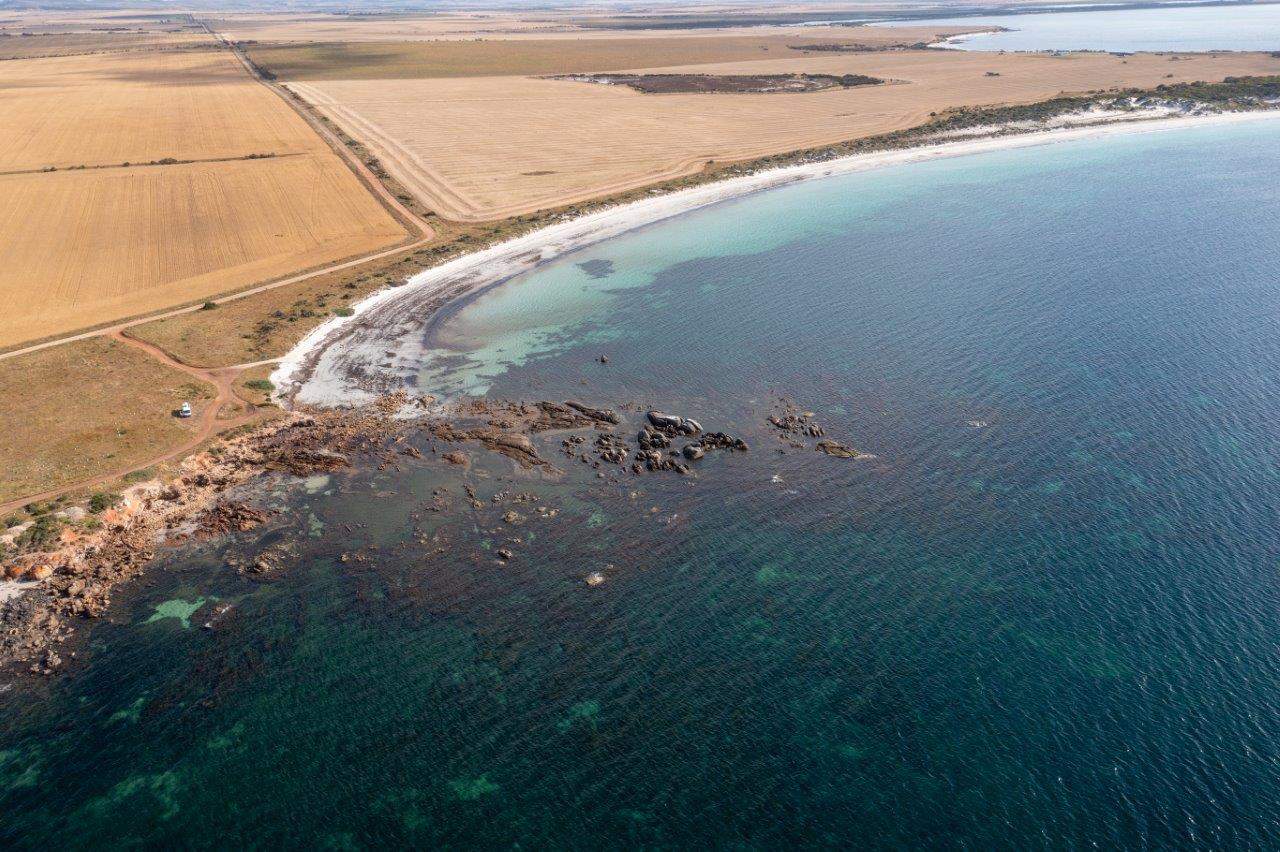 We had no complaints about the road in, but some people do

What does it cost to stay?

Camping here is absolutely free, like a lot of the other camp sites on the Eyre Peninsula. We love these, and are more than happy to spend some money in the local towns to make up for it. 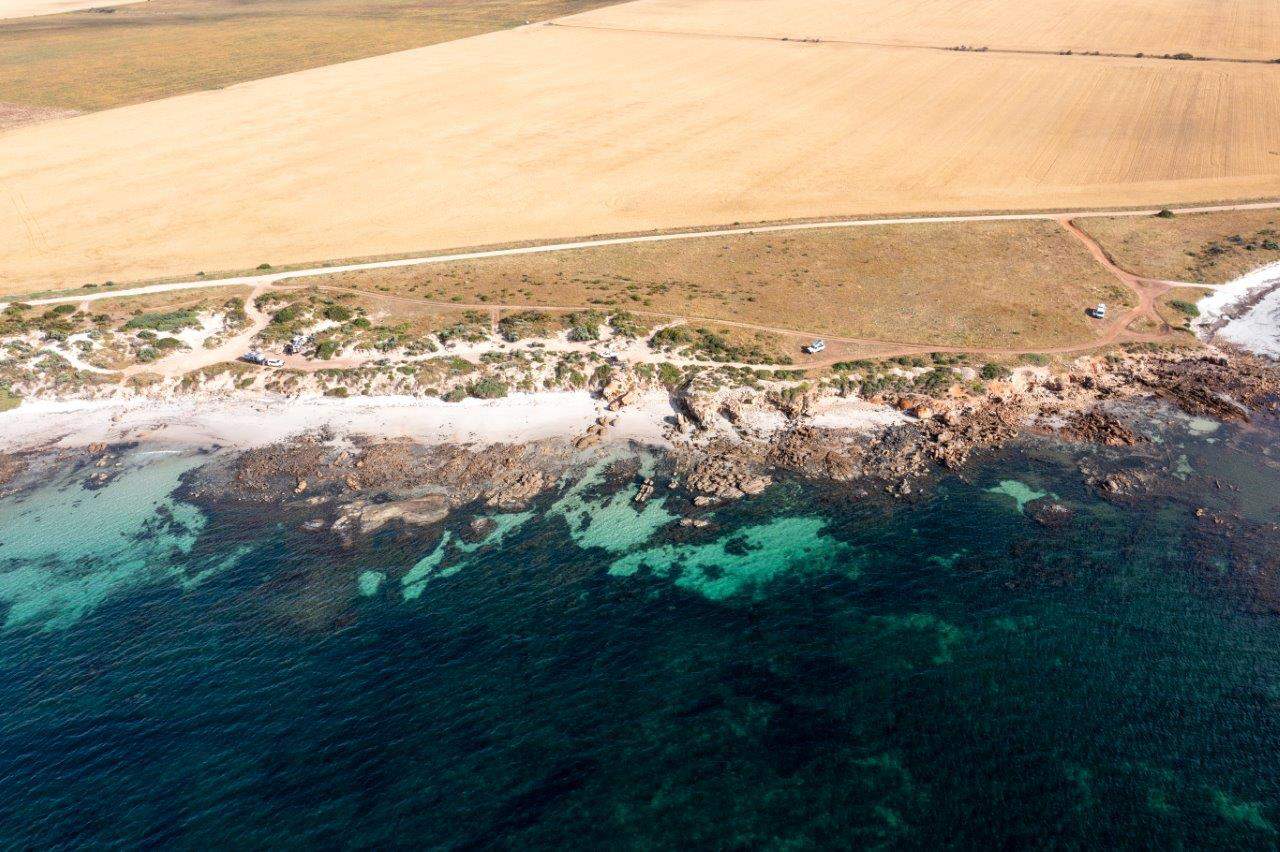 Not bad, for zero dollars a night!

There are no amenities at Moonlight Bay. That means no toilet, no shower, no water, no rubbish bins or anything, so come prepared and take everything you bring in out. 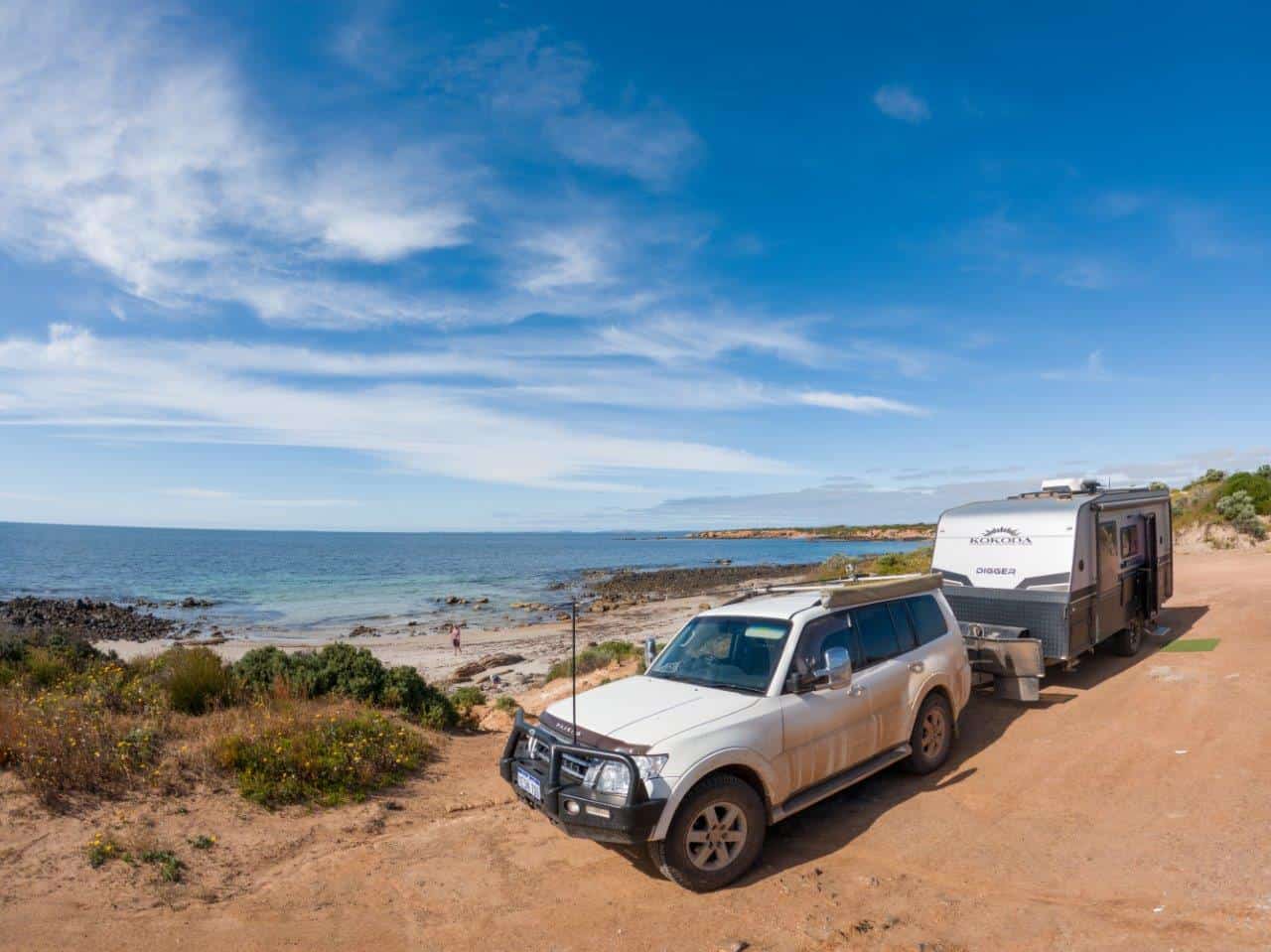 Bring all of your amenities in, and leave no trace

What is at Moonlight Bay?

Like the name suggests, Moonlight Bay has a big, beautiful stretch of coastline. There’s a beach on one side, that you can drive onto with a 4WD, and then the bay continues around in a rocky/beach formation for some time.

Camp sites are scattered along the edge of the coastline through to the back of the sand dunes, and even fairly close to the actual beach if that is what you prefer. 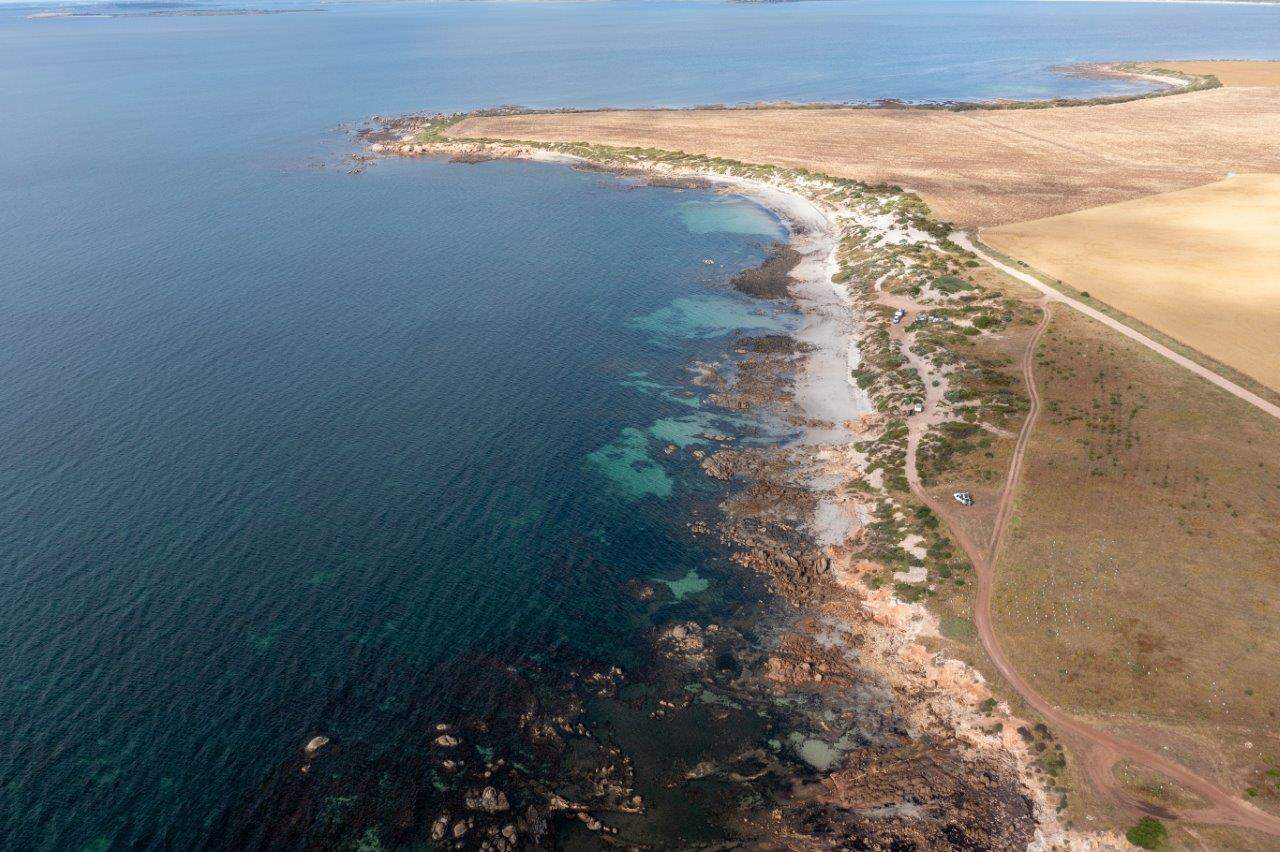 There’s plenty of places to camp at Moonlight Bay

There’s some sites that are almost on grassy sections closer to the road that you take in, with plenty of options for various setups.

Is it worth a stay?

We really liked Moonlight Bay. It’s probably a step up from Red Cliff Beach, and not too far away. Whilst we didn’t get any fish here, it was a nice relaxing spot for everyone and the kids had a ball exploring the rocks and playing on the beach. If you want another great free camp on the Eyre Peninsula, you can’t go too wrong with Moonlight Bay 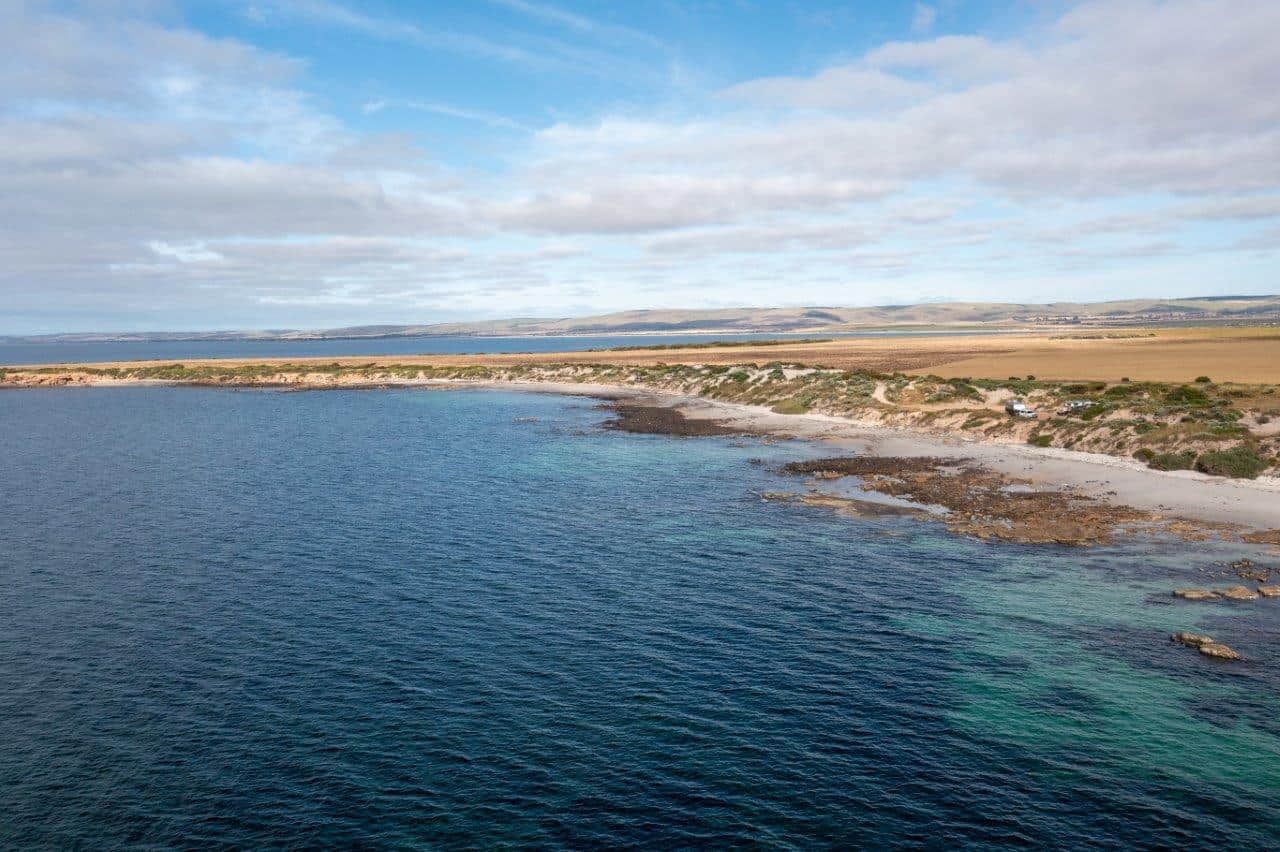 We really enjoyed Moonlight Bay, and would go back