Steep Point is the Western most point of Australian mainland, located in the Shark Bay World Heritage Area, some 900km north of Perth. It’s known as one of the best land based fishing locations in the world, and has some of Western Australia’s most impressive coastline.

With massive cliffs, beautiful beaches and an incredible isolation you’ll be sure to have an amazing time. Steep point is most certainly included in our 30 unbelievable camp sites in WA.

Our camp site at Shelter Bay

If you want to see some more photos, check this out – 2 weeks at Steep Point and Denham.

Where is Steep Point?

By road, its 232km from Steep Point to Denham, as you need to do a big loop down one peninsula and up the other. 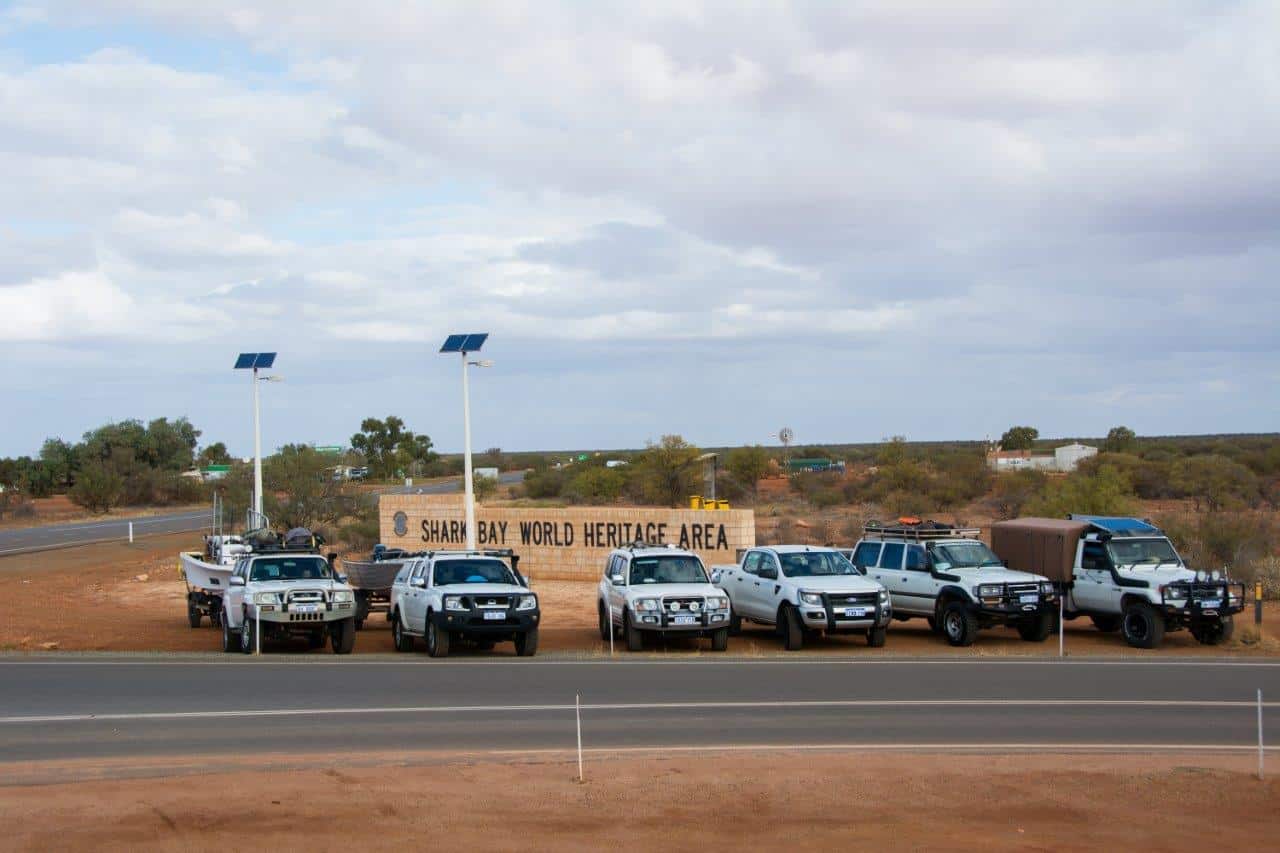 Driving from Perth to Steep Point

You can drive from Perth to Steep Point in one day, but it is pushing it. With minimal stops, you can be on the gravel in around 9 hours, and then another 3 or so to get out to the Point.

We found it was much nicer to break the drive into two days, and spend a night at Hamelin Station Stay, which is 724km from Perth and only 160km from Steep Point.

We comfortably did this with Oliver, who’s just under 11 months old. A quick stop in Jurien for breakfast, then lunch at the 440 in Geraldton and fueling up at the Overlander before 25km to Hamelin Station Stay.

You then arrive at Steep Point late morning/early afternoon and have plenty of time to relax and set up! 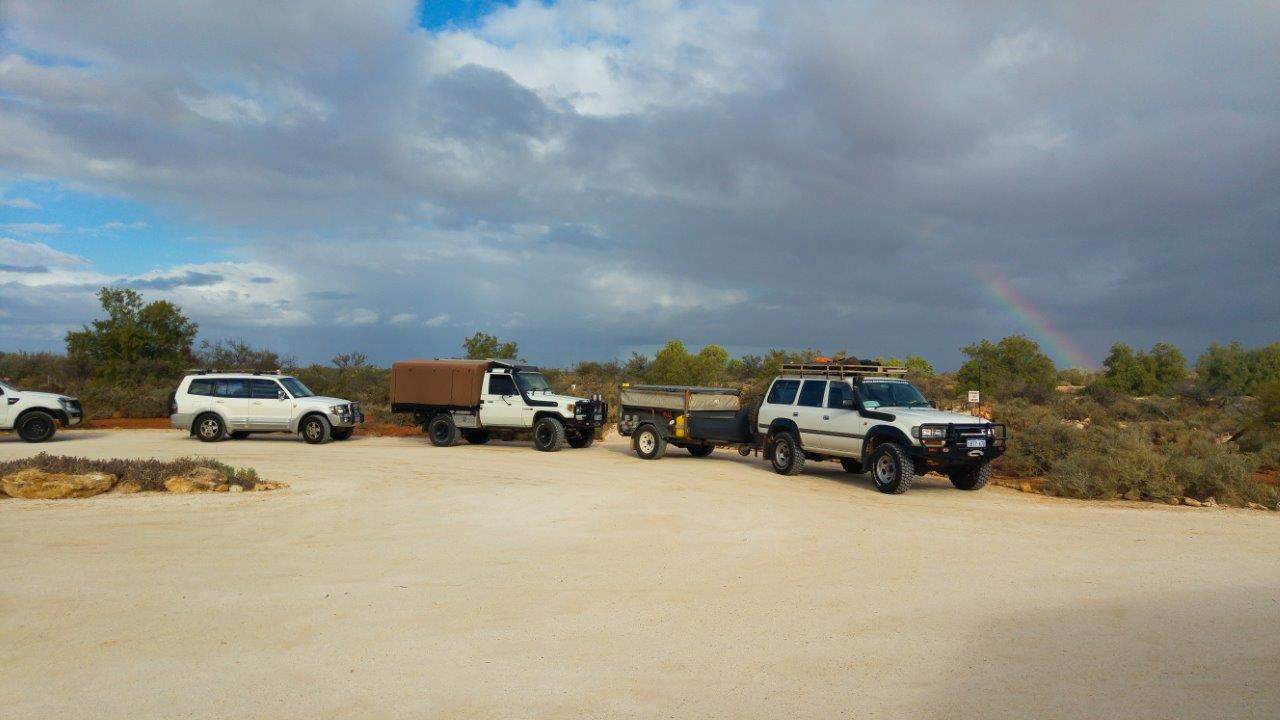 Steep Point is a National Park, so you either need an Annual or 4 week parks pass, or you have to pay $12 per vehicle. Camping fee’s are on top of this.

Getting to Steep Point can only be done by boat, or 4WD.

Turning onto Useless Loop Road from Shark Bay Road, you drive down bitumen for some time before it turns to gravel. The road is usually in pretty good condition, and is graded from time to time.

The further you travel, the worse the road gets, but its still pretty good up until the turn off to Useless Loop (which is a closed mining town).

We stopped and dropped air out of our tyres about half way along the gravel track as it was getting pretty muddy and corrugated, and with trailers in tow we didn’t want to do any damage.

We then aired down even further at the information station just after Useless Loop. If you need more information on tackling gravel roads safely, check this out; the ultimate guide to gravel driving. 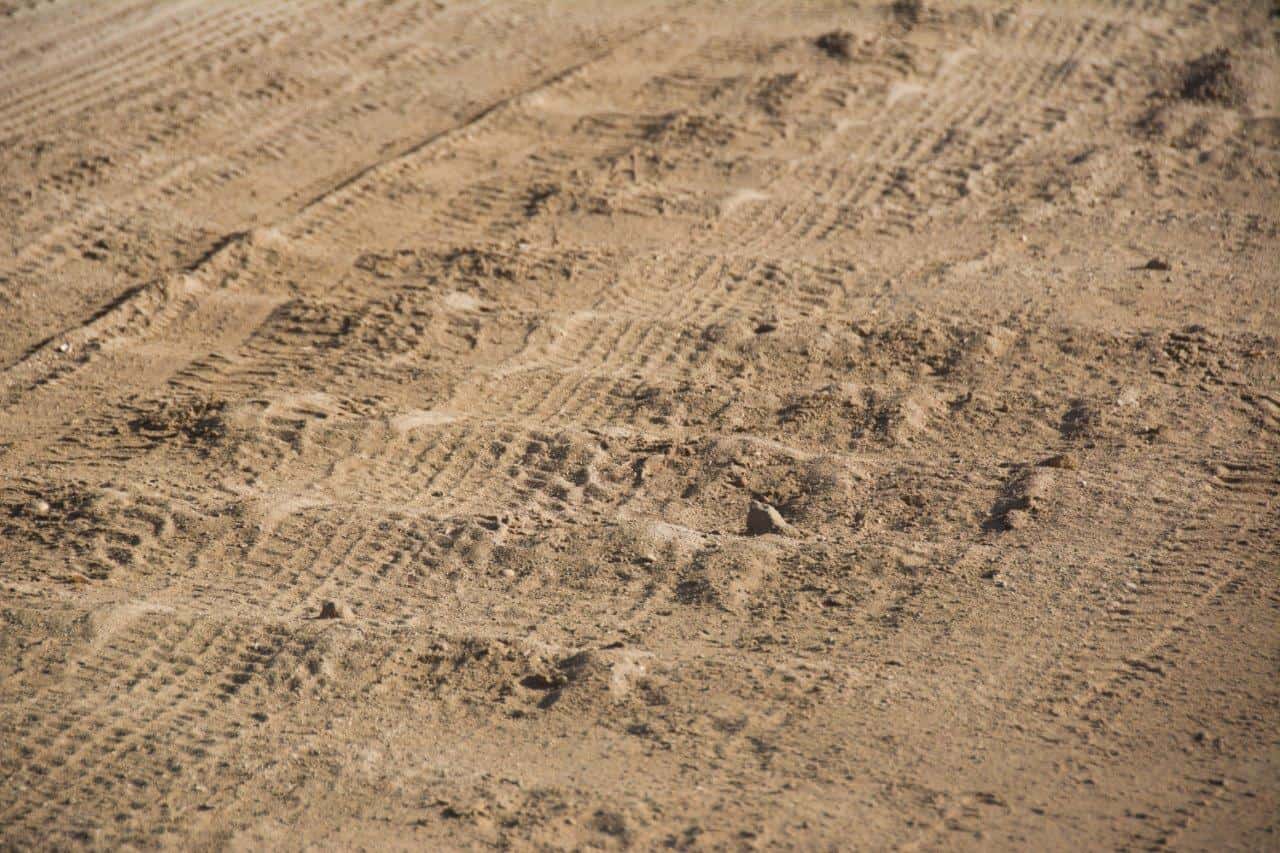 The corrugations on the way to Steep Point can be brutal

From the Useless Loop information bay to the first sand dune are some of the worst corrugations you’ll do – 15km of bone jarring fun. However, once you get to the first sand dune, the track is actually pretty good. The first two times I visited Steep Point this dune was badly chopped up with huge offset holes that made idling up the only option.

However, on our most recent trip, the dune was perfect and easy to drive up with tyres down below 20 PSI. Make sure you drop your tyres down to at least 20 PSI, or you’ll wreck the track for everyone and likely get stuck.

The first time we visited we had our tyres down to 12 PSI as it was so rough.

The rest of the track is easy; its got a few corrugations, a couple of dunes and has had lots of work done recently to make it easy.

You’ll go past the turnoff to the blowholes, around a couple of salt pans and eventually end up on the beach at Steep Point. From there, it takes you back inland to the Rangers house, where you ‘sign in’, say G’day and proceed to one of the most amazing places in WA.

Please note Useless Loop Road gets closed after any rain, and you can get stranded out there if the weather turns bad.

Keen on more 4WD tracks in the area? Check out the post we wrote on Shark Bay 4WD tracks.

Airing down along Useless Loop Road

No 4WD? No worries

If you haven’t got access to a 4WD, there are still options out there for you. Shark Bay 4WD Tours run a range of tours to Steep Point, Dirk Hartog Island and Francois Peron National Park, and can even take you snorkeling in the areas. 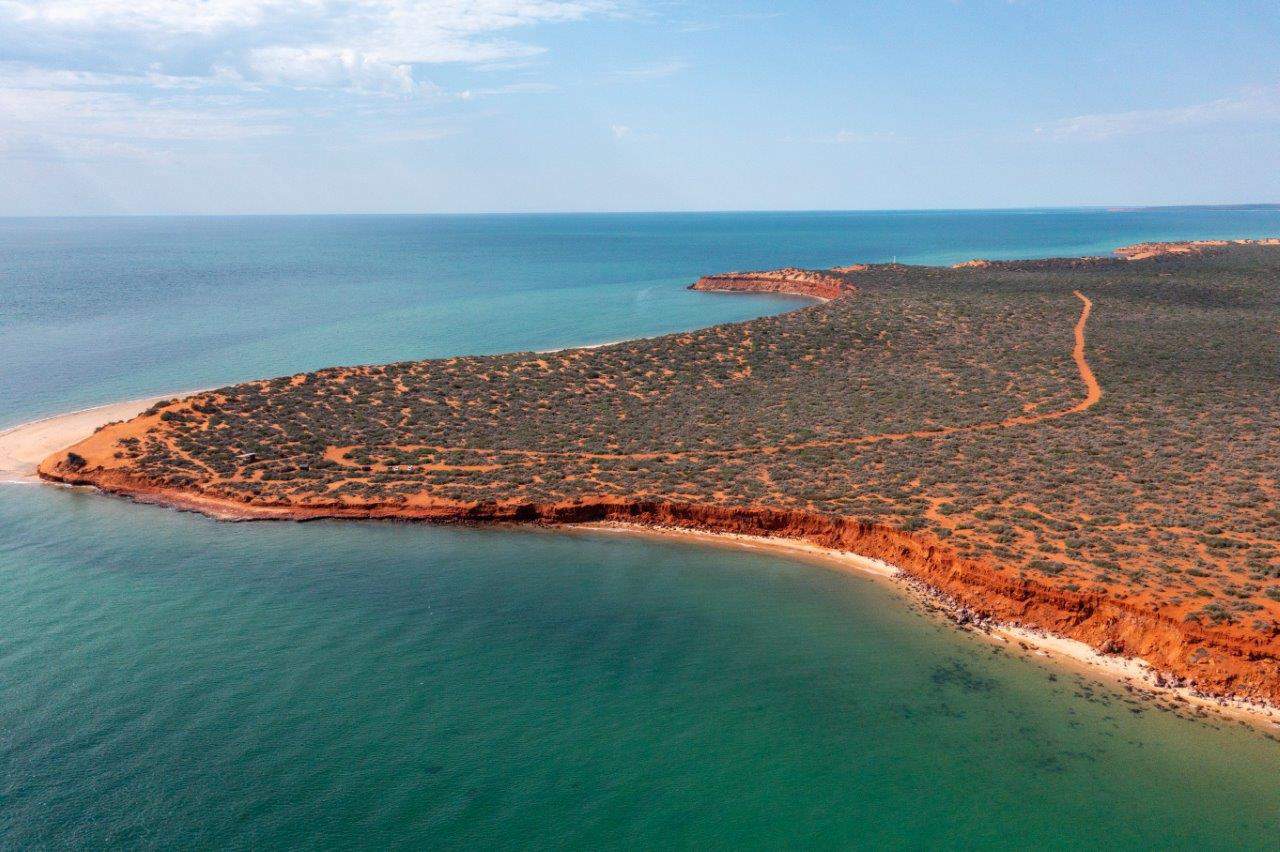 You need a 4WD to explore Francois Peron National Park

In the back of my mind I always thought of Steep Point as a rough, wild sort of place that would be no good for young children and families.

I couldn’t have been further off the mark. Sure, there are some insane cliffs on the western point, big waves and swell that are suited only to the keenest fishermen, but on the other side is some of the best beaches in WA with no waves, crystal clear water and plenty of space to relax.

We spent 9 days at Steep Point with our 11 month old, and had a ball. 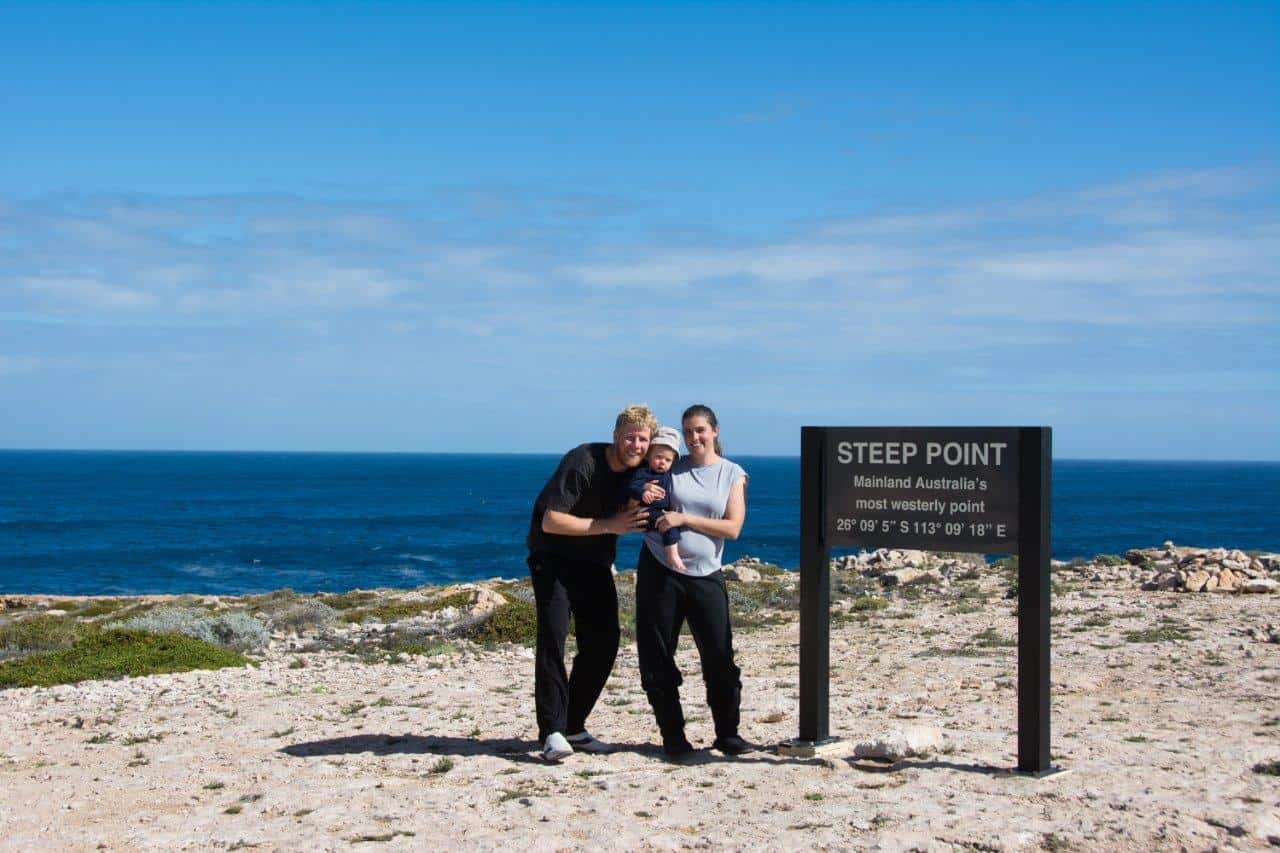 Oliver had a ball 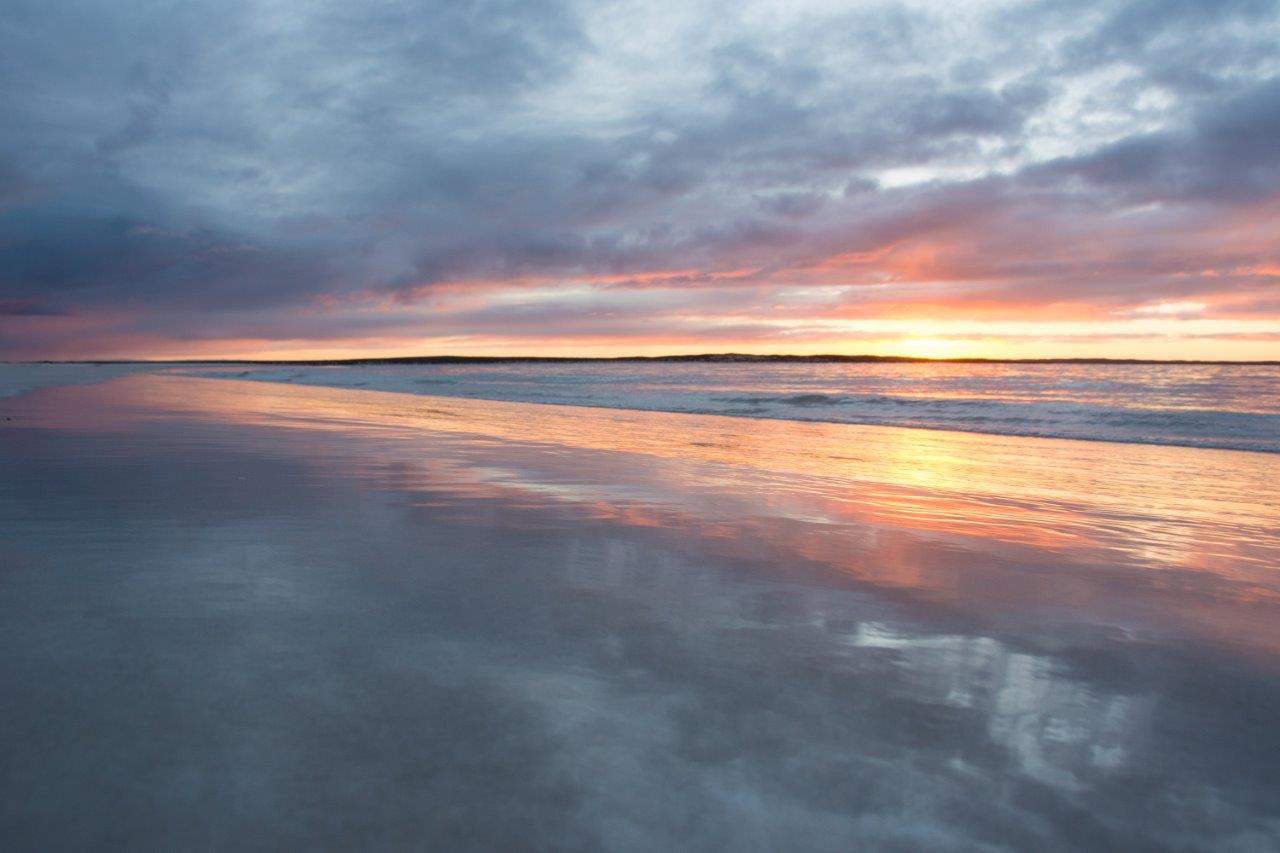 The beaches at Shelter Bay are next level amazing, and perfect for families

Most of the camp sites are located along Shelter Bay, set back a few metres from the beach with amazing views and fairly good protection from the wind. You can camp out on the cliffs too, which those keen on fishing often do, but its a much harsher environment. 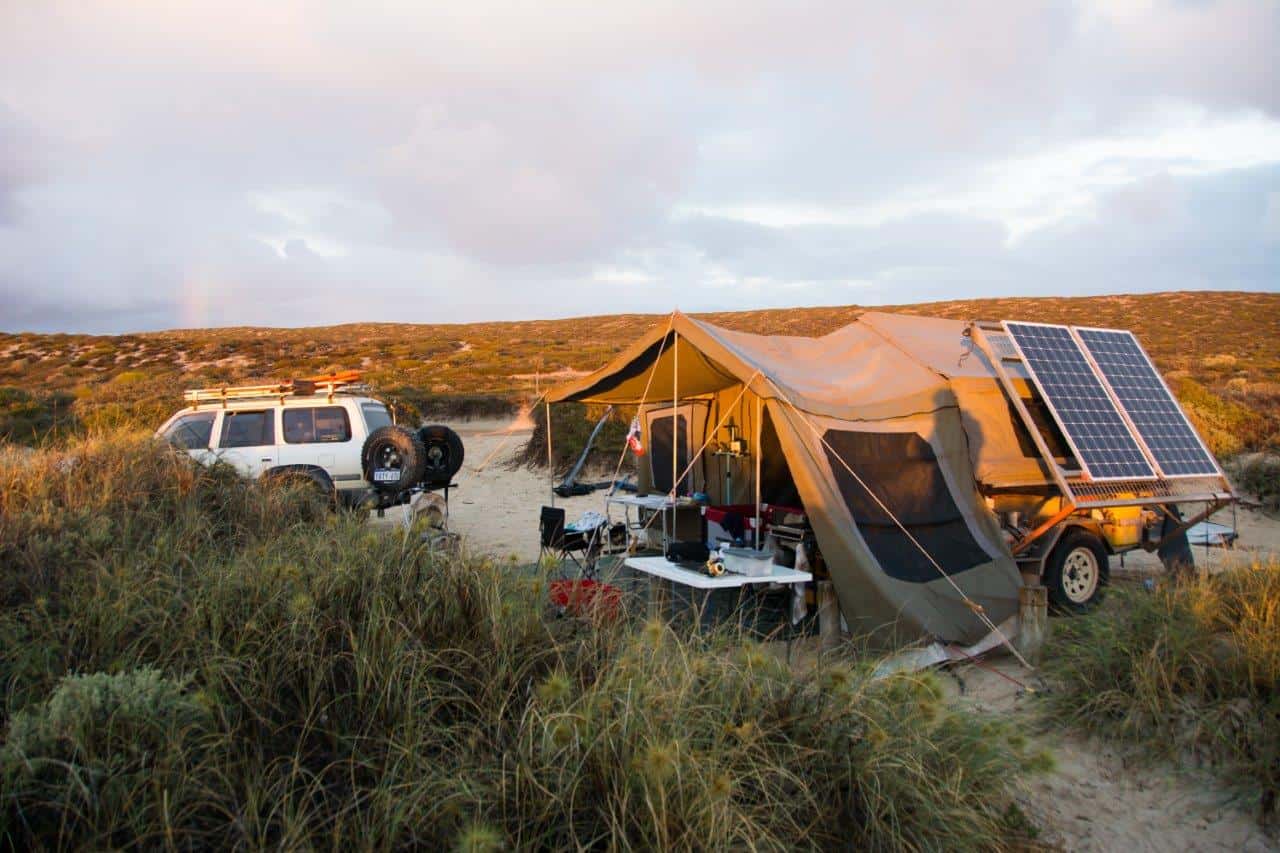 Our camper trailer, about 15 metres away from the water

The most popular time to visit Steep Point is between March and August. This is when the weather is nicest, winds lower on average and the fishing is good.

Water temperatures here vary a lot from year to year, and this influences the fishing considerably. You can visit outside of these months, but it gets warmer and the wind can be absolutely shocking.

The only thing at Steep Point is drop toilets. You need to bring absolutely everything; fuel for the vehicles and boats, drinking, washing and cooking water, food, first aid, fishing, diving and any other gear you’ll use.

Pay careful attention to how much weight you bring, and where you put it as there have been plenty of broken 4WD’s and trailers!

When you fill in the camping forms, it says that you must bring 10 litres of fresh water per person, per day. If you are staying there for a while, this amounts to a logistical nightmare. For 3 people staying 9 days, we ‘needed’ 270 litres of water.

This requirement is probably fairly accurate for the warmer months, but we wouldn’t have used anywhere near that amount. We took about 230L of water, and had plenty left over.

However, better to have more than less, as its a good 4 hour drive into Denham for more! 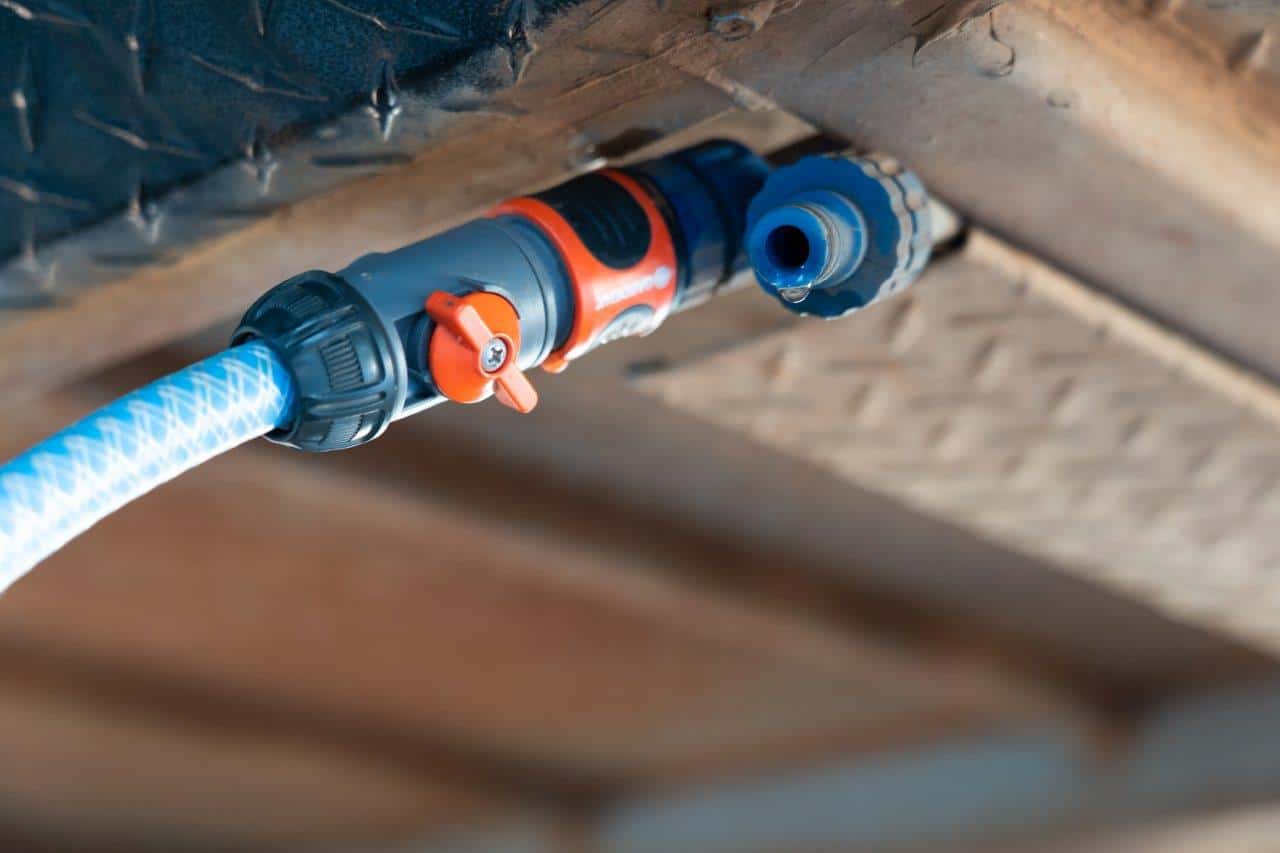 Take plenty of water with you to Steep Point

Camping away from Steep Point

A lot of people visit Steep Point for a day trip, and we did this on our first visit. Carrarang Station is about 50km away from Steep Point, and Tamala around 100km.

If you get up early and head out you will have a good time. We dragged the boat in, and it was a big day. Carrarang was absolutely amazing, but we were disappointed we hadn’t stayed at Steep Point; it blew us away. 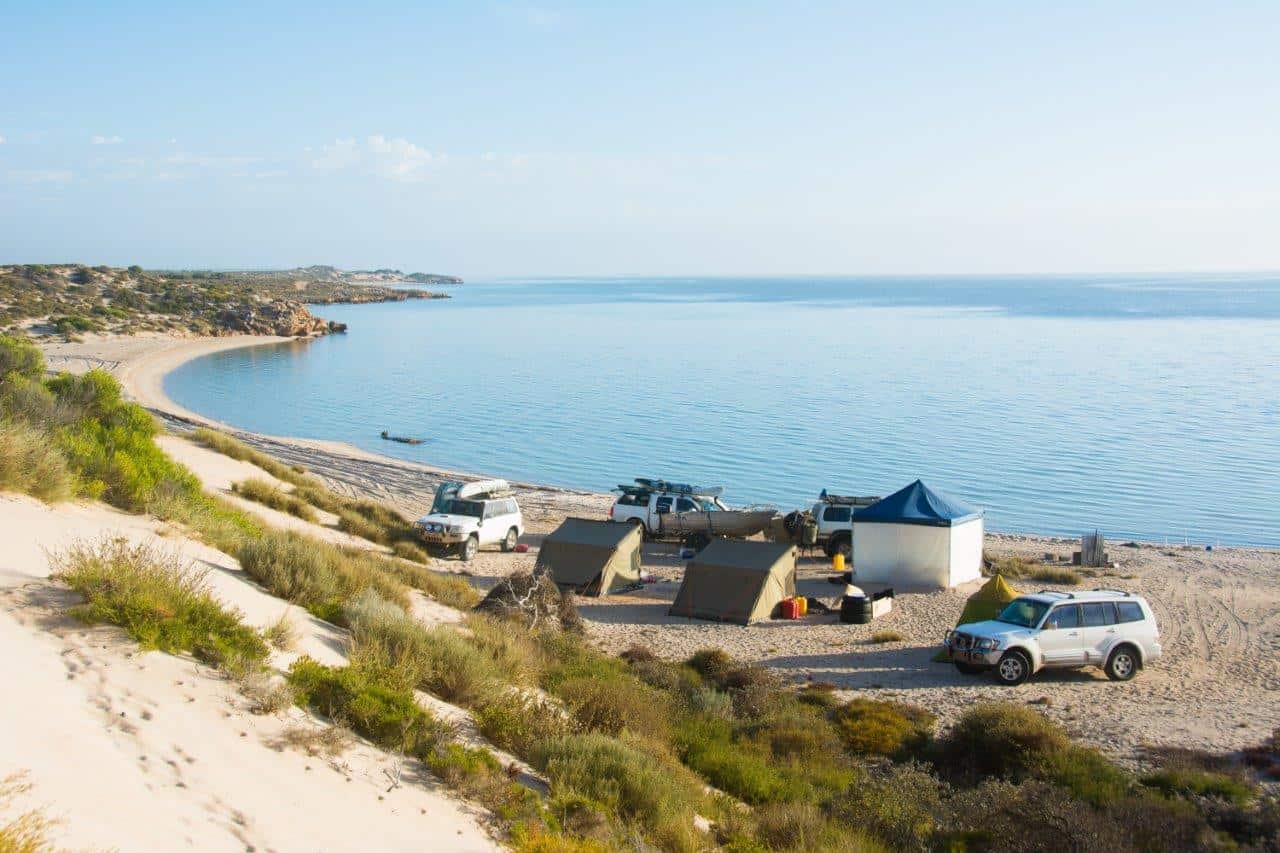 Our camp site at Carrarang Station

To be known as one of the best land based fishing places in the world says something. Steep Point Fishing is amazing at a number of locations. Fishing from the cliffs is most popular and yields Spanish Mackerel, Tuna, Wahoo, Sail fish and lots of sharks.

To me, fishing from a cliff offers little appeal; its too much work. We prefer to use a boat, and with a tinny and trailer that’s been built and designed to go to places like Steep Point, we make use of it. We did very well trolling for fish, reasonably bottom bouncing and very well spearing.

Expect to see a LOT of sharks; we would head out 200m from our campsite at Shelter Bay and within a minute or two have at least a couple of sharks circling our tinny, looking for fish frames. They are all docile and friendly enough, although we weren’t game enough to jump in with them! 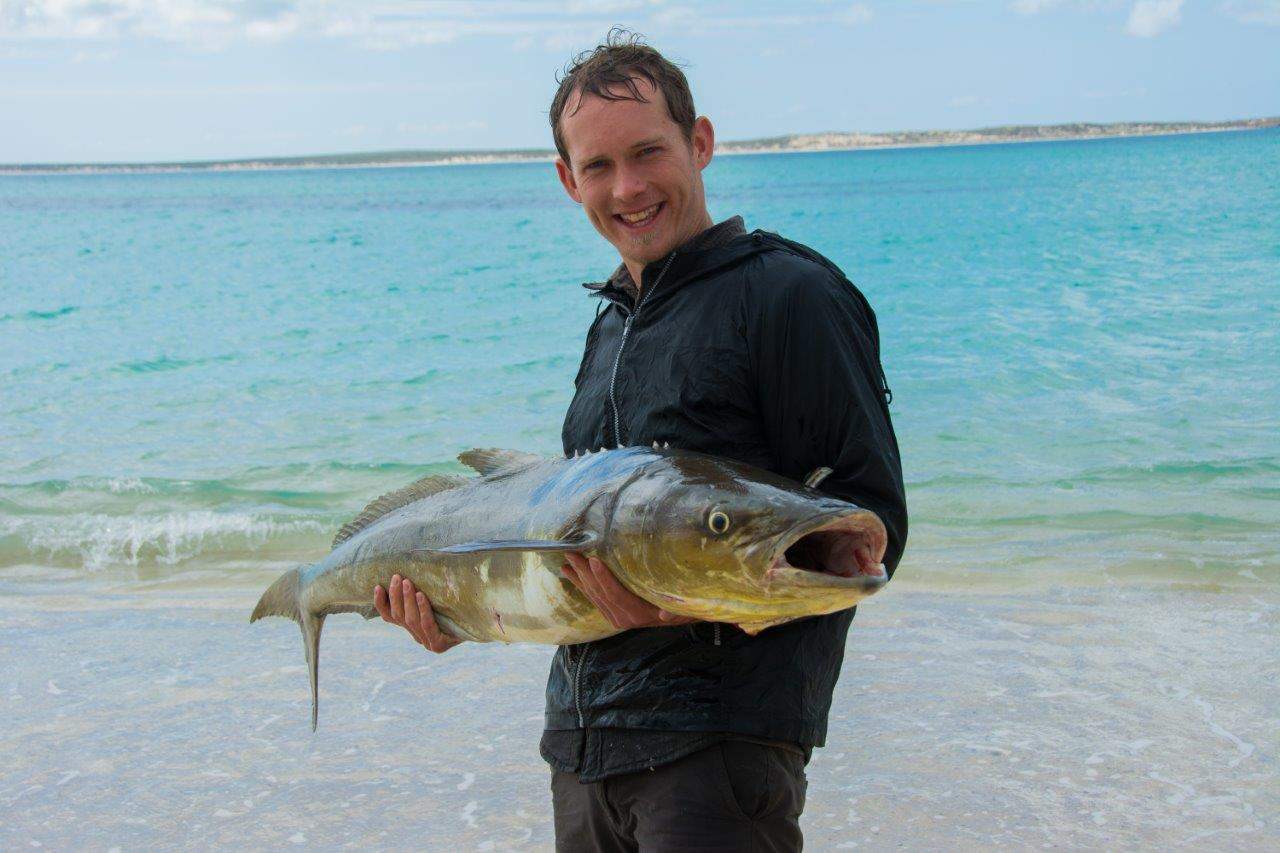 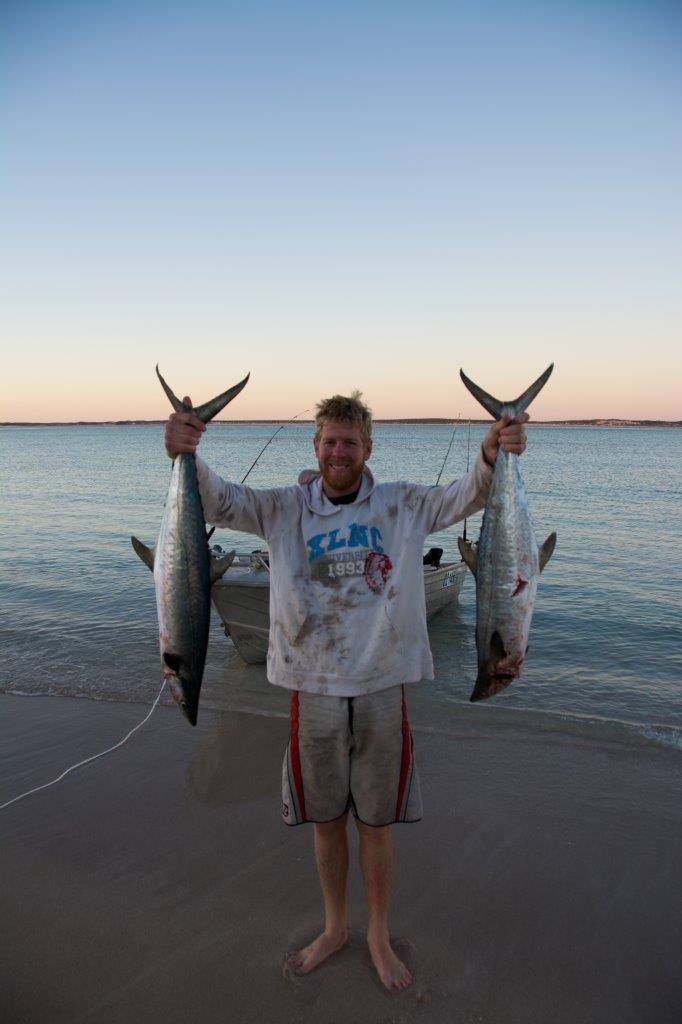 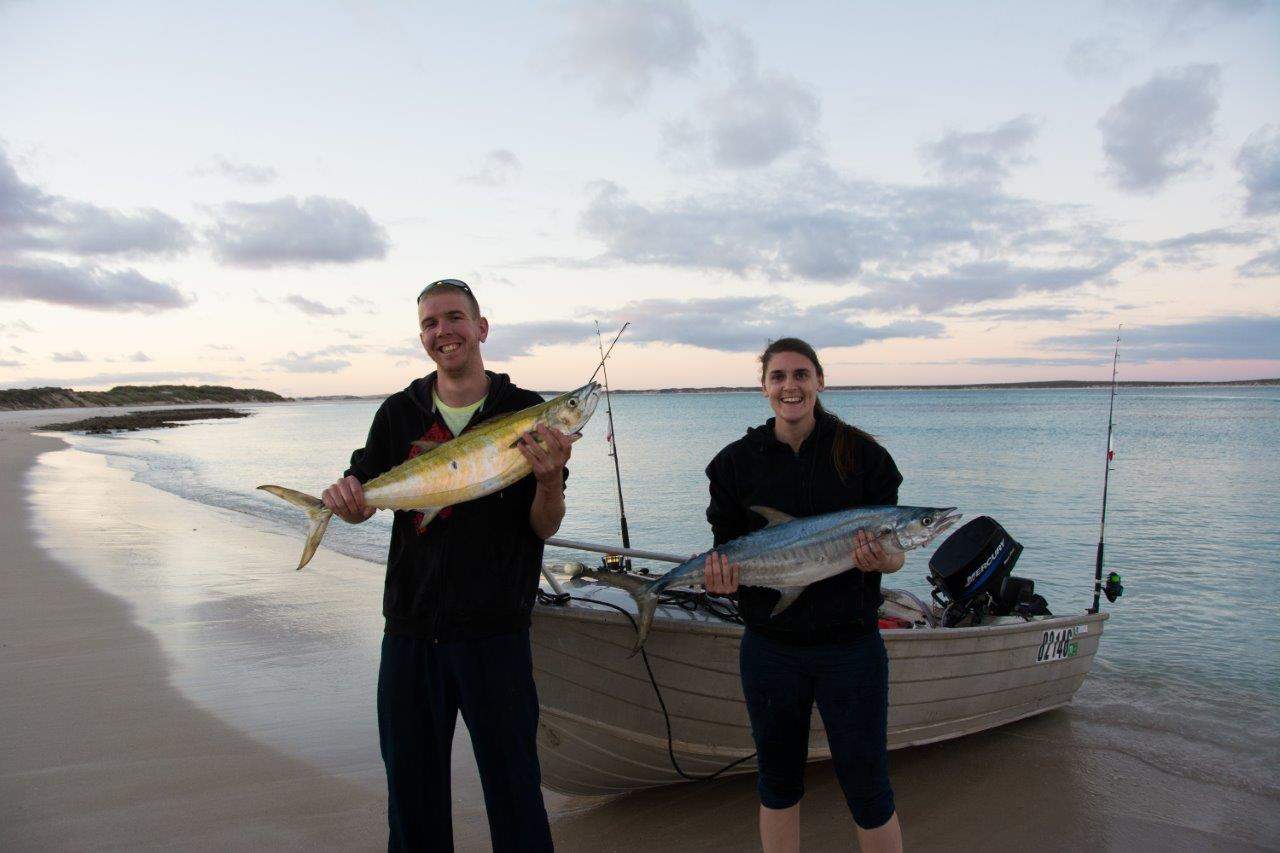 Taking a boat into Steep Point

You’ll see a lot of boats at Steep Point. You have two ways of getting them there – tow them in on a well built, robust trailer (and suitable boat!), or drive them over from Denham.

The drive over from Denham is roughly 50km and can be done in under an hour with a bigger boat if it is calm and the tides are right. However, I know of those who have taken 3 – 4 hours to do the trip when its rough. Watch the tides and plan your route too; a bloke got stuck on a sand bar and had to wait for the tides to turn around not long ago!

Also, remember you need to bring a fair bit of fuel if you are going this route.

The other option is to tow your boat in, which many people do. I’ve seen a variety of fibreglass and aluminium boats go in from the 3 – 6 metre mark. It all comes down to your tyre pressures, tow vehicle, boat and trailer strength and how you drive it. There have been many trailers and boats damaged on the track in!

Our little tinny and trailer runs big 33″ tyres, and we let them down to 5 – 7 PSI. The tyres take most of the punishment, with the springs taking the rest.

You can launch the boat at the bay you are camping at with relative ease. The water doesn’t drop off that steeply, but its enough to beach launch a boat and pull the trailer up with a winch or snatch strap.

We left our boats in the water for the whole 9 days, with an anchor out the front (bow of the boat facing away from the beach) and one on the beach. Make sure you do this properly, or you’ll wake up to no boat! 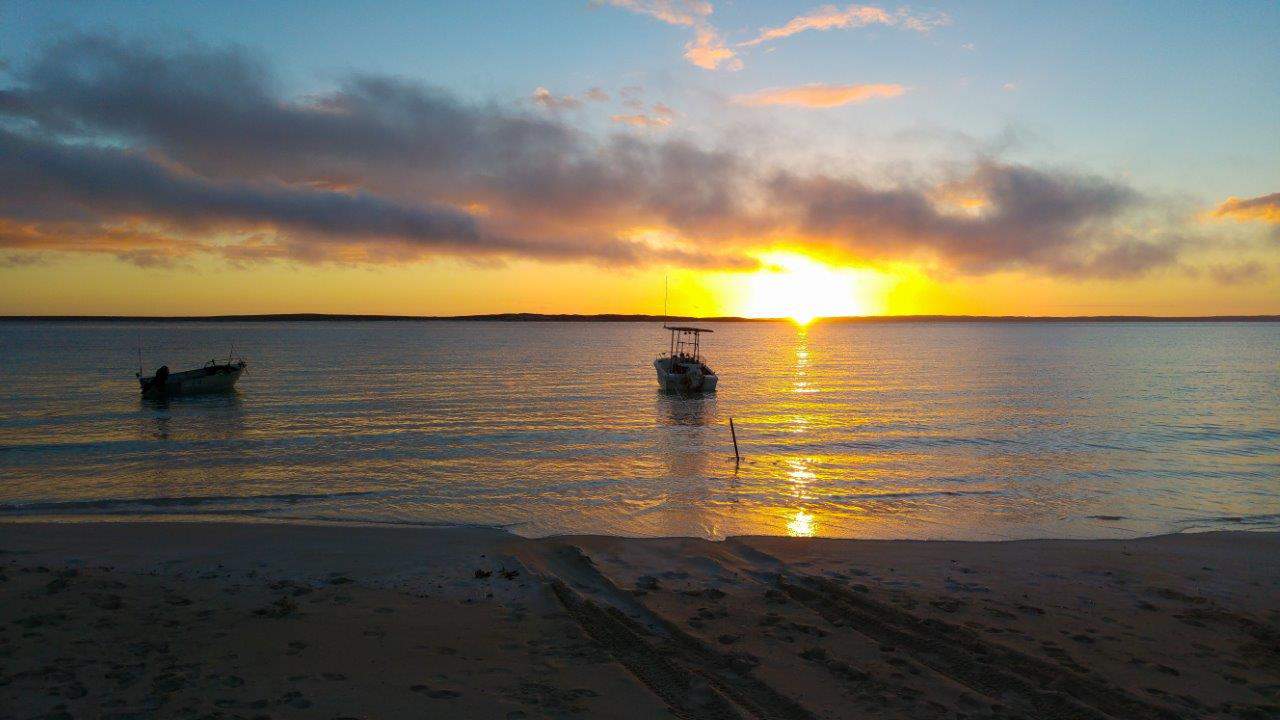 Our boats at Steep Point 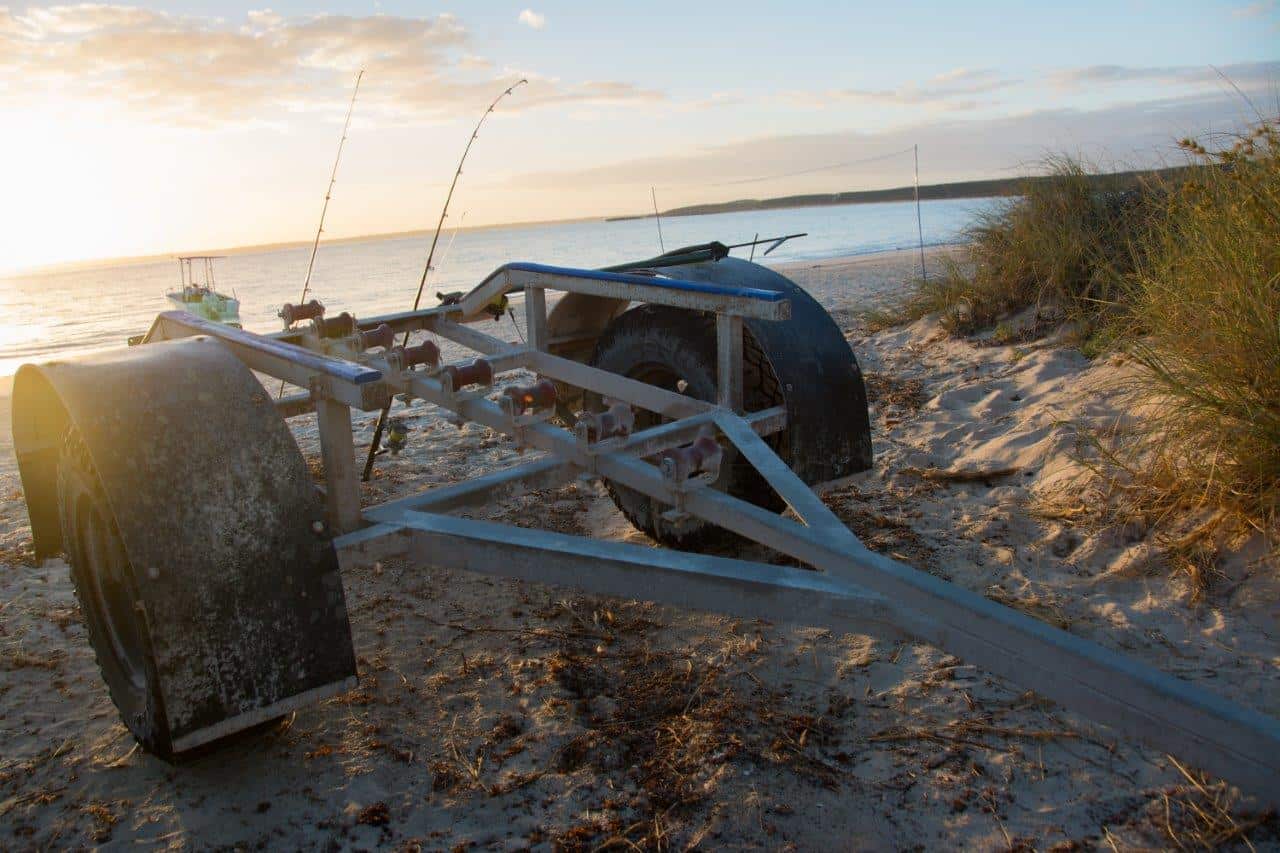 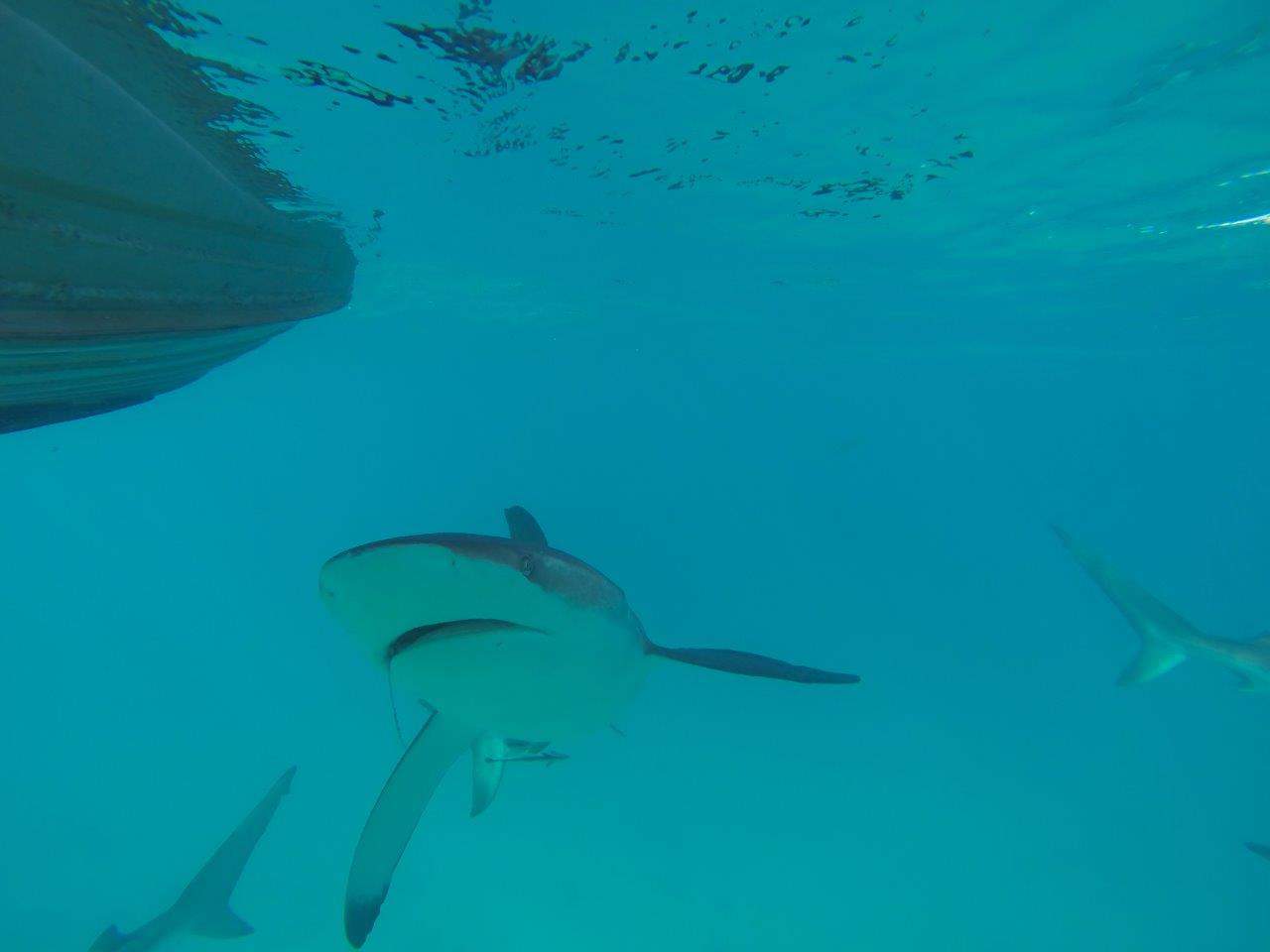 Say G’day to lots of these

I thought Steep Point was unreal, and then I went across to Dirk Hartog Island on the barge. This place is truly amazing. With a wild west coast and incredible beaches and bays on the eastern side, there’s somewhere for everyone.

The Island is huge – roughly 80km long and 12km wide, making it 32 times the size of Rottnest Island! The only way around the island is by boat or 4WD, with lots of 4WD tracks around the place.

You can camp at various places around the Island through the Department of Parks and Wildlife (DBCA), or you can stay at the homestead in rooms or camp.

It takes a good 4 hours to drive from top to bottom by 4WD on rocky and sandy tracks, so be prepared.

There are two ways to get to DHI – by boat, or with your 4WD on the barge. This leaves from Steep Point, and operates when ever anyone needs to travel. It ranges from about $350 to $600 return, with some good deals on camping available from time to time. 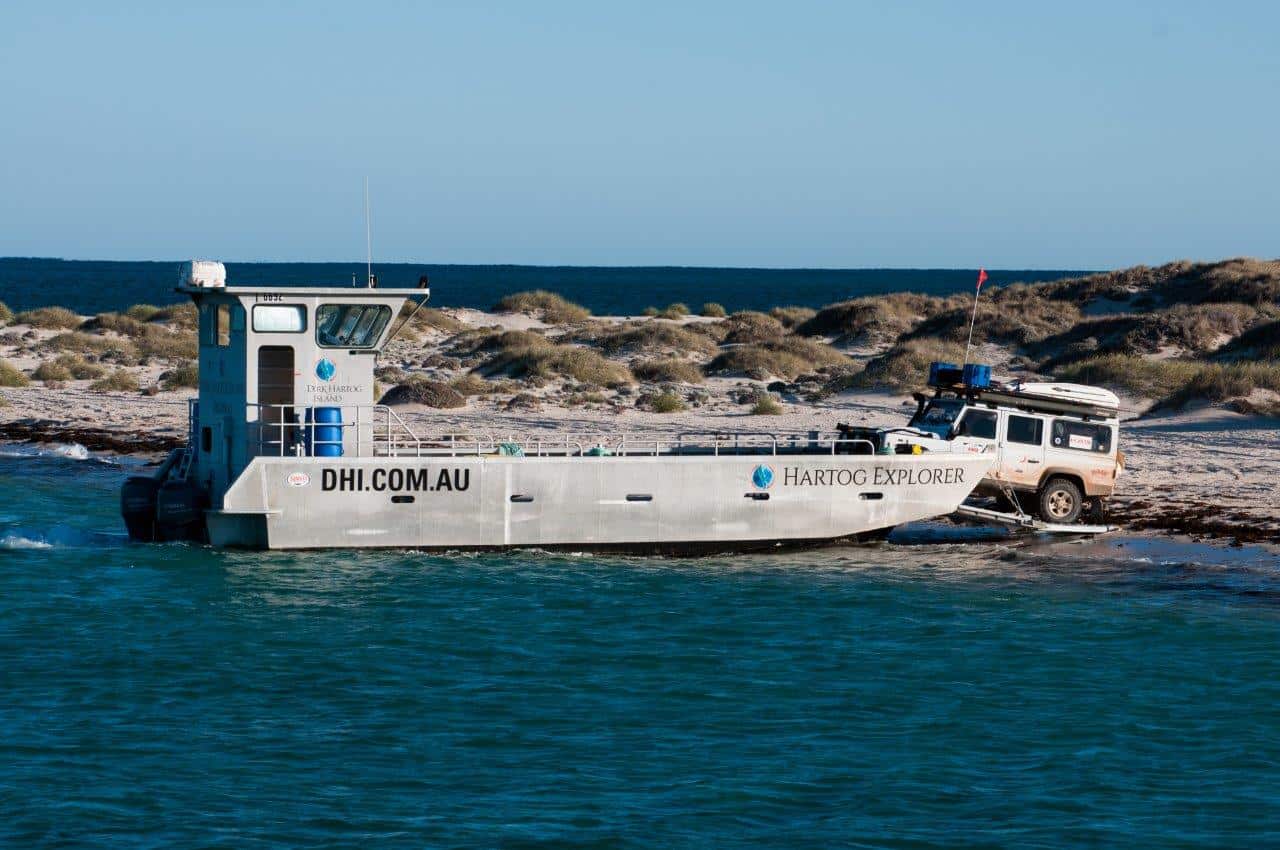 Ferrying 4WD’s across to Dirk Hartog Island on the Barge 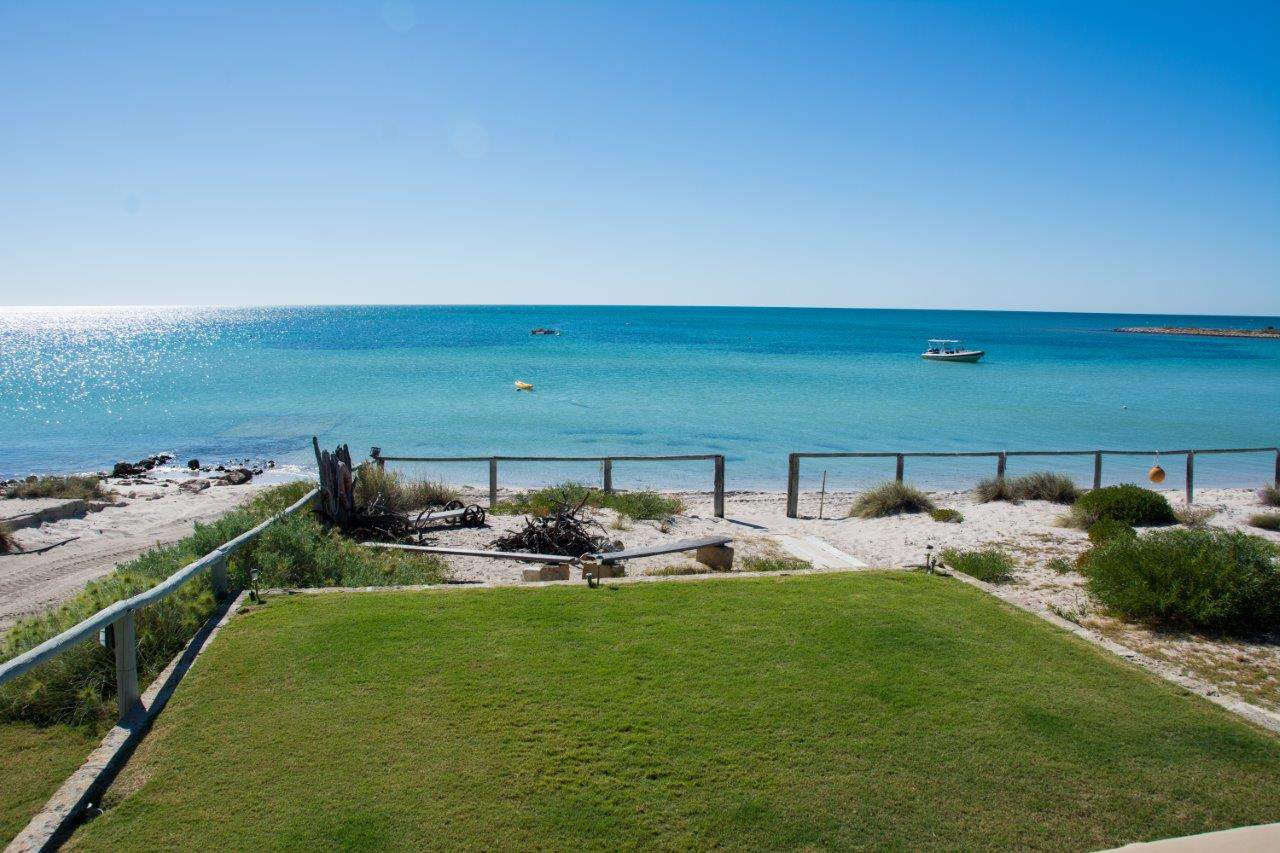 Looking out from the homestead at Dirk Hartog 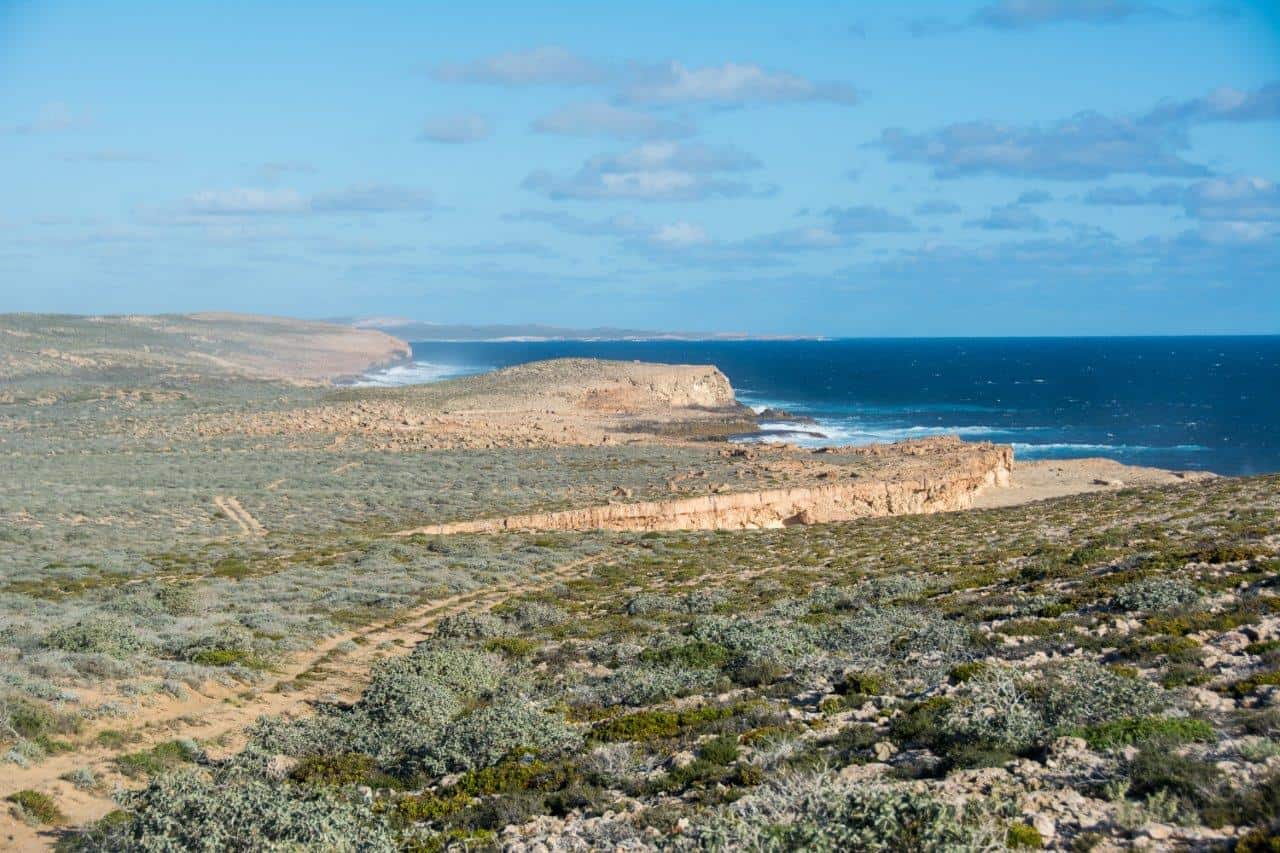 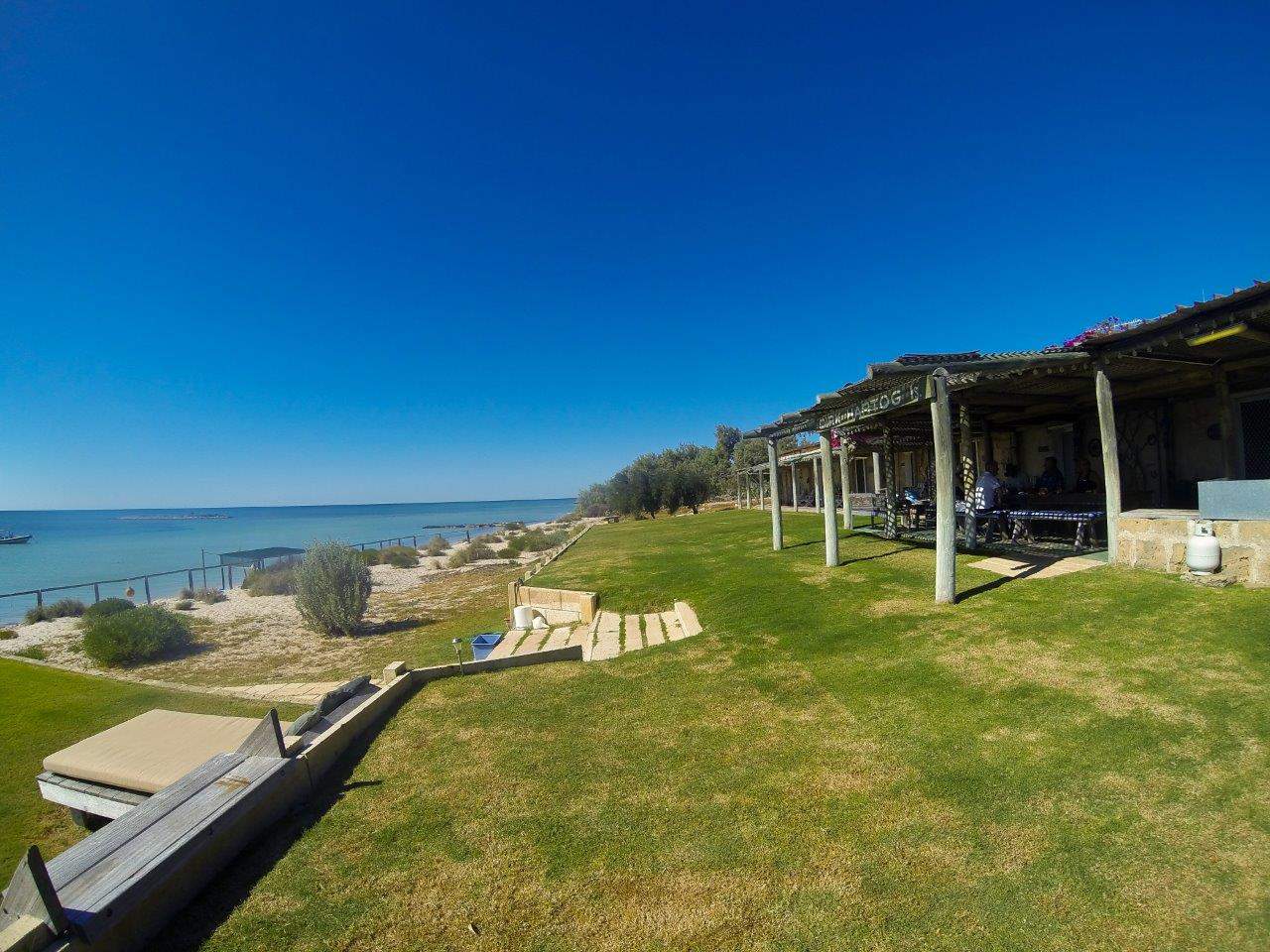 On the way into Steep Point you’ll turn right at a T junction, away from False Entrance. This is a pretty amazing spot, with blowholes and a big beach. A lot of people fish off the cliffs here too, and I believe you are allowed to camp here as well. 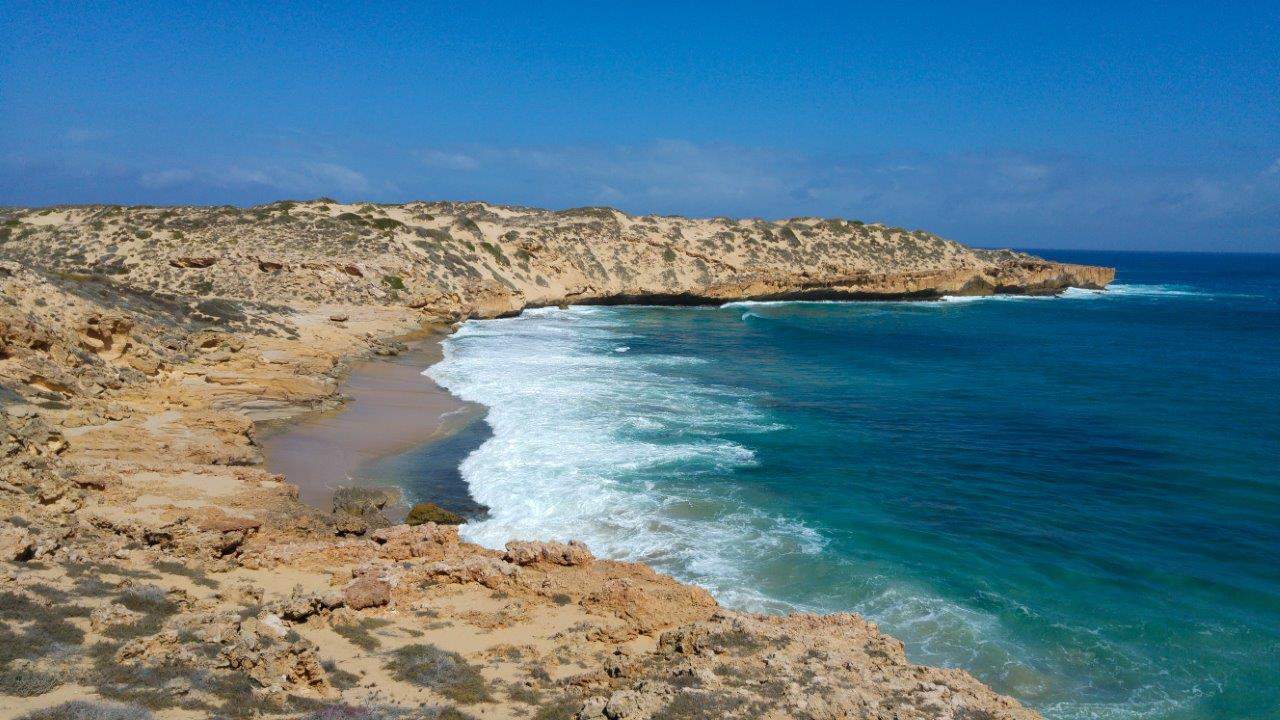 False Entrance is not too far from Steep Point

Have you been to Steep Point?

We love Steep Point, and highly recommend it as an awesome adventure. Have you guys been there? What did you think of it? Let us know below!