Wikicamps might just be the single best app on the planet when it comes to camping in Australia, and I’m not being paid to say that. A lot of people end up with Wikicamps on their phone, and then decide that they’d like to have it on a laptop as well, and maybe even a tablet.

We did exactly this, because the idea of doing big trip planning on a tiny phone screen is nothing short of annoying. We now have it on two phones, and my Windows Laptop, which allows for much faster, easier and more convenient research. The easier it is to research, the better places you find, and its a win for everyone.

The large screen in particular is the game changer, but also being able to use a mouse and keyboard is nice. 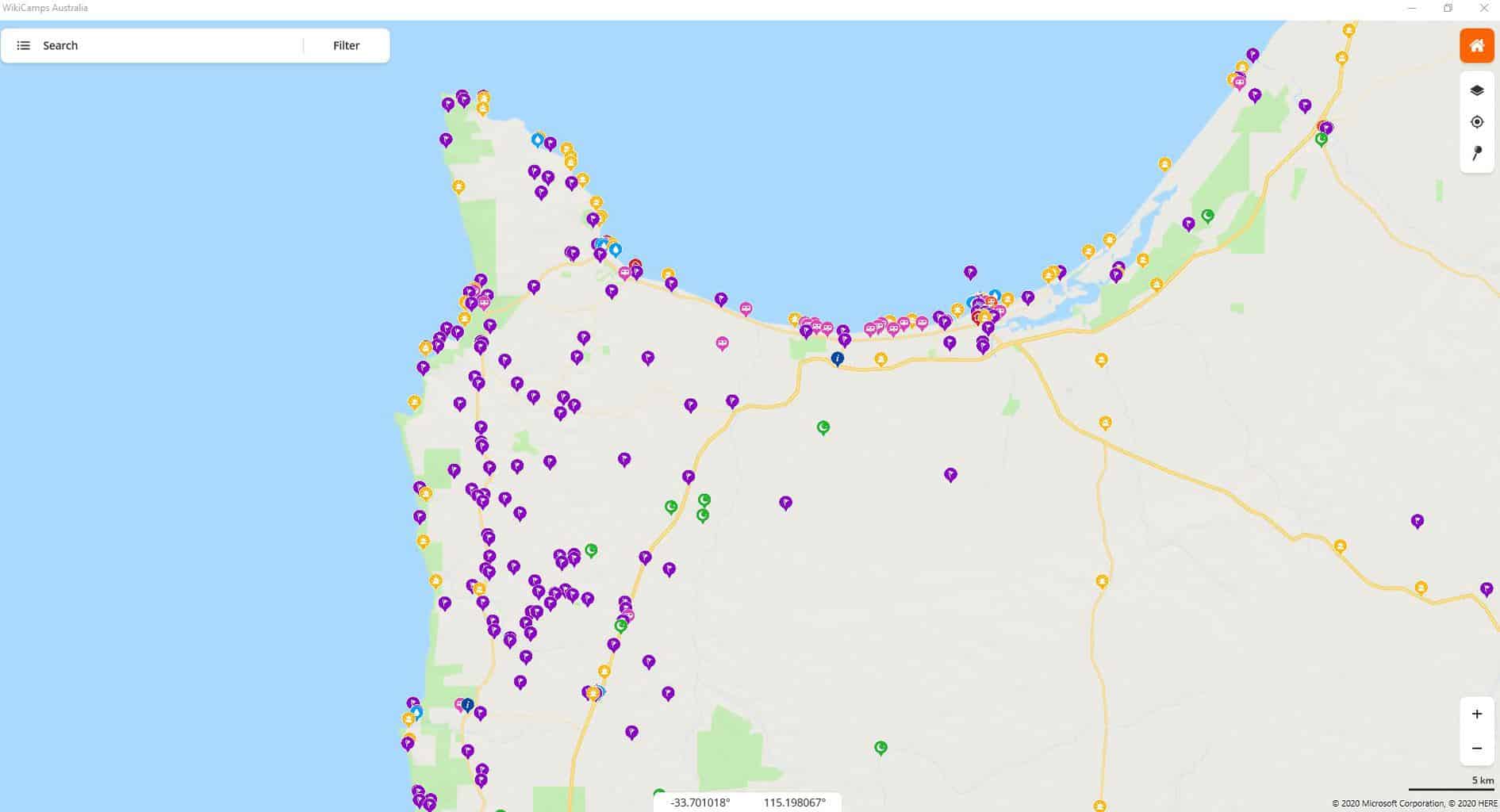 Having Wikicamps on a PC is awesome, with a much larger screen to navigate around

You can absolutely run Wikicamps on different devices, but in some cases you’ll have to purchase a new license.

The gist of it is this; if you purchase Wikicamps on Android, you can use that account on other android accounts. That means if you have an Android phone, and an Android tablet, you can run Wikicamps on both without having to pay for it twice.

However, if you wanted to run it on a Windows 10 laptop, you would have to purchase Wikicamps again because its a different operating platform.

You can bounce between the same platform, but not outside of them.

You can download Wikicamps from Google Play, Microsoft Store and the Apple Apps store, and on the device you want the license, just head to the right one and download it, and pay for it.

If you aren’t sure what operating platform your phone runs, you can look it up in the settings, and then go to the appropriate store to get the app.

What about running it on your partners phone?

When we first got Wikicamps, it was on my phone only, and that was fine; Sarah would just grab my phone and use it as needed. I then decided I wanted it on Windows 10, and purchased another license.

Recently though, I said to Sarah, get it for yourself too, and she’s done exactly that. In this scenario, you have to buy it again, as its a personal license that is tied to your Google Play account (which isn’t shared from one to another).

Given how cheap it is, we’re more than happy to pay for it again, knowing it allows her the freedom to research without stealing my phone, and she always comes up with the good camping spots!

Do you run Wikicamps on multiple devices?