An unexpected mod for the Dmax; a diff drop

A few months ago I didn’t even know that a diff drop was a reasonably common modification done to independent front suspension vehicles. I most certainly didn’t have it planned to go into the Dmax build, and yet somehow it ended up there.

Much like the GVM upgrade which was never a part of my build plan, things don’t always go to plan, and you have to adapt and make changes along the way. The Dmax diff drop was just a little hurdle to overcome, right before a big trip up north.

If you are keen on knowing how much it cost, have a read of Isuzu Dmax Build Cost.

Why the need for a diff drop?

I’ve never been a fan of big lift kits on 4WD’s, especially on those running independent suspension, as I know how much extra stress it puts on all of the drive line components. However, I never expected to have an issue with this running a mild lift kit.

In essence, a diff drop is fitted to bring your CV angles back as close to flat as possible, which increases their strength, gives you back your suspension drop and reduces their wear. 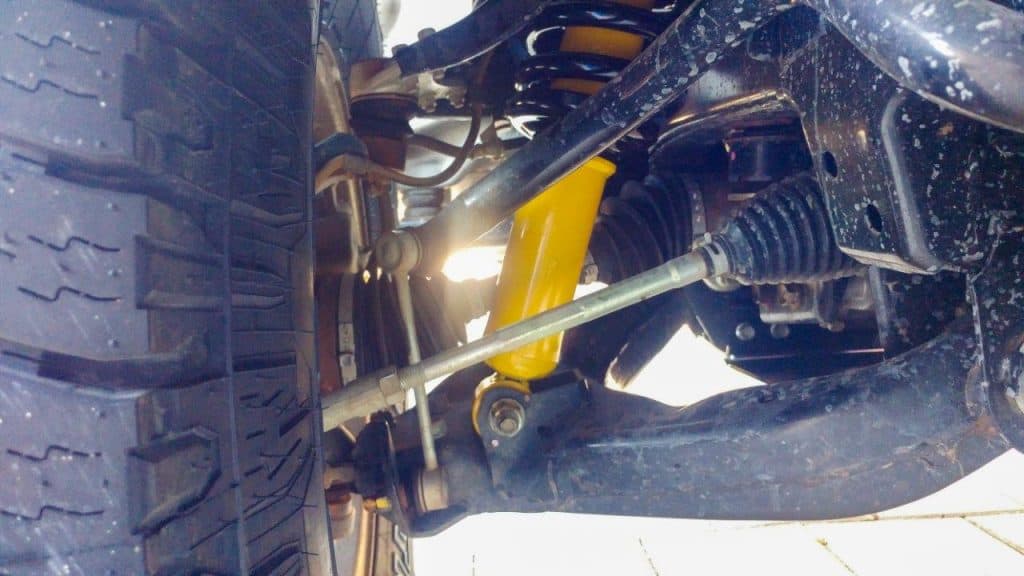 OME suspension on the Dmax

If you’ve been following the Dmax build, you’ll know I opted to go for an Old Man Emu suspension package through ARB, which for about $700 extra comes with the engineering and paperwork to certify a GVM upgrade, giving me 270kg of extra available payload.

This kit is supposed to lift the vehicle by 30mm, which was exactly what I wanted, as with the bigger tyres I was limited to a maximum increase in vehicle height via the lift of 33mm. The limit in WA is lifting the roof height by 50mm, which this does to a tee. Is your 4WD legal?

I’d done extensive research on the ARB kit, and a heap of comments on various forums suggested that their front springs often weren’t lifting the vehicle up that much. As a result, I asked for their heaviest springs to be put in, which are recommended for vehicles with a fair bit of weight at the front.

Mine has the Bushskinz bash plates, an AFN steel Bull Bar, Runva Winch, N70 cranking battery (quite a bit heavier than the factory one), a catch can, UHF antenna and secondary fuel filter, so well and truly qualifies for the heaviest springs.

I received the vehicle, and took the measurements, and to my surprise was bang on the 28 – 33mm range increase from the factory height, making it as tall as legally possible. In fact, with the LED light bar and big canopy on the rear it is taller than the 80 series I had, and only just fits inside the garage. You need to allow some time to settle, so it will be interesting to see what height it ends up at.

After driving the Dmax around for some time, a good mate of mine commented on the CV angles; something I’d never really had to look at in the past, due to running solid axle 4WD’s.

I did some research, and compared it to a heap of other vehicles, and eventually concluded the CV angle was too extreme. When you lift the vehicle, your CV’s increase in angle as the distance between your axles and chassis increases.

This effectively reduces the down travel of your suspension by the lifted amount, and makes CV’s extremely easy to break as they have to work very hard at extreme angles. Given the Dmax’s don’t have the best reputation for strong CV’s anyway, it was asking for trouble.

I did some further research, and even read a publication from ARB suggesting they don’t recommend a lift of any more than 25mm due to increased CV angles. This is one of the most common Dmax lift kit problems that people experience.

The worse CV angles make the CV’s wear out much faster, far more likely to break when off road, and you can have other issues with the front end of your vehicle.

From there I had two options, both of which achieve similar but different things; fit part time hubs so that the CV’s don’t turn all of the time, for about $400, or install a diff drop kit, which would lower the diff back down to near its factory height.

Eventually I went with the latter, and picked up a Roadsafe 50mm Dmax diff drop kit with full ADR compliance Australia wide from Coastal 4×4.

Free wheeling hubs stop your CV’s turning for most of your driving, and make it easier to drive home without opening the tool kit if you break a CV, but they don’t fix the major problem that when you are in 4WD, your CV’s are at nasty angles and are much more likely to break. 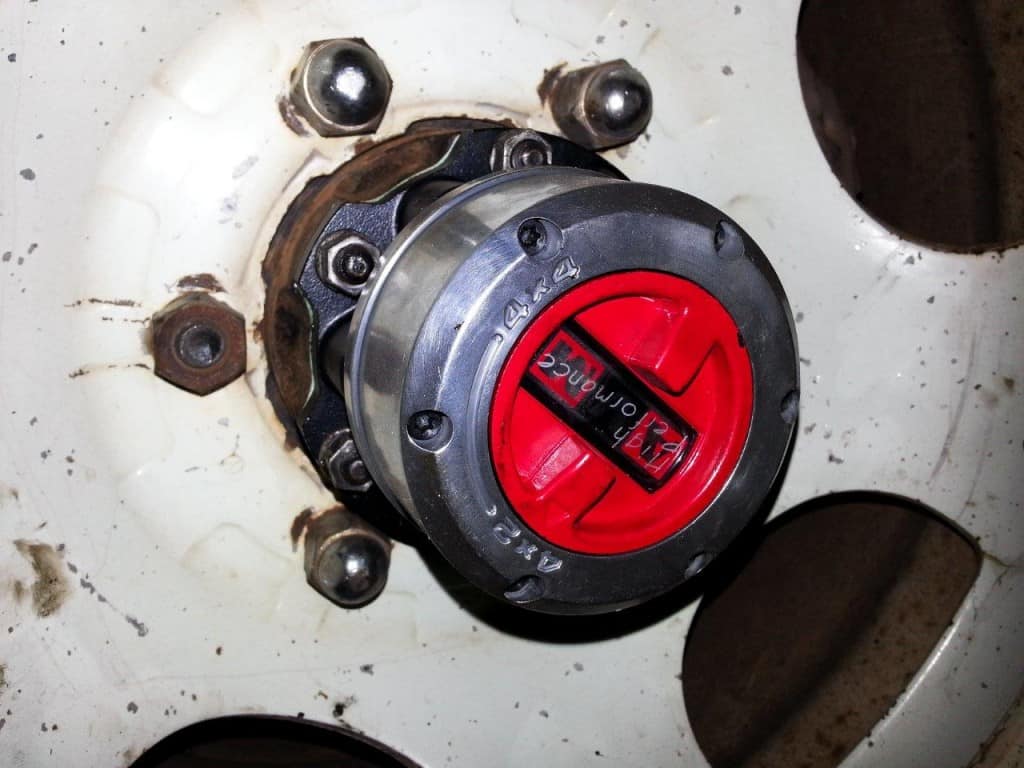 Manual locking hubs or a diff drop, or both?

This was fitted on the driveway in about an hour on the driveway. The fitting is quite simple, although the instructions are not as good as they could be and it suggests using axle stands to hold the diff, which would be important if its only one person doing the job. If you have two, its easy enough to lie on the floor and hold the diff up yourself; its not very heavy.

Are there any Bash plate modifications?

I was told by Bushskinz that one of the bash plates would no longer fit as the diff would touch it, but it still clears by about 15mm. They do sell a different bash plate, as do most underbody protection companies to suit the diff drop kits. 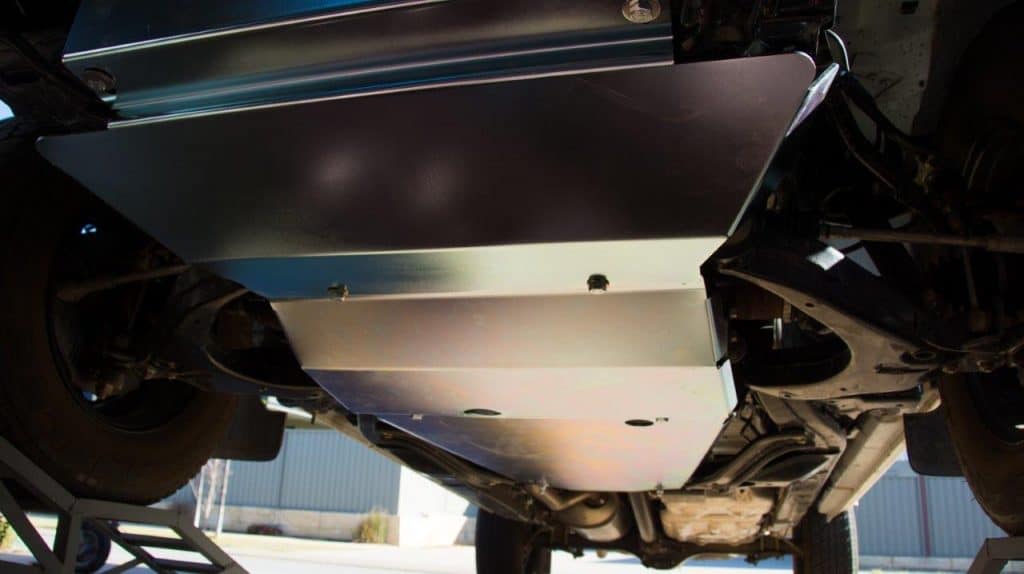 The Bushskinz Bash plates fit with no issues

How much does the diff actually drop?

One thing I forgot to do, which I was a bit annoyed about, was measure how much the diff actually dropped. Although the spacers are 50mm, because you end up with a triangle between where the spacers are and where the diff is, it actually lowers it less than the 50mm. How much, I don’t actually know, but I’d like to.

Drivers side difference after the diff drop was fitted

Passengers side before and after

The final CV angle is substantially better than what it was, although still not the same as it was from the factory. If you compare a factory Dmax to other dual cab utes, you’ll see that even from factory, their angle is not as good as their competitors, which is obviously going to make them weaker.

I’m extremely careful not to allow excessive wheel spin, not to accelerate hard when turning and especially when the suspension is allowed to drop at its maximum, as this is when it is weakest.

There are a lot of people who have broken CV’s on Dmax’s, and I’ll try as hard as I can not to become a statistic!

Interestingly ARB do not sell or fit the diff drop kits; perhaps they really should.

So, for any Dmax owners, if you are lifting the vehicle by more than 25mm, a diff drop kit is extremely worth while fitting, and if you are going 50mm or more, I’d say its a must, if you want your CV’s to last.