Long before I purchased the Isuzu Dmax, I joined the Dmax and MUX Facebook groups. Model specific groups are by far the best way to find out what goes wrong with different vehicles, along with how best to spend your money and more.

One of the things that continually popped up on my feed was auto electrical work done by a bloke called Stephen Hunter. With our 3 month trip looming up quickly, I came up with a plan of what I wanted, and bought a heap of components. These came from eBay, Goodchild enterprises and a couple of online stores.

Once the gear had arrived, I looked at it and how much time was left before departure day, and knew it wasn’t going to happen without some assistance. The constant praise and quality of work that I’d seen on Facebook by Stephen sprung to mind, and I got in touch with him.

He came out a few days later, and I ran through what I had in mind. He quickly pointed out a couple of flaws, gave me plenty of free advice and let me know how things would work. From there, Stephen came and visited 4 times, and did nearly 20 hours of work on the Dmax. His work is top quality; everything is split conduited, soldered and heat shrunk, with proper cable control practices and no sketchy shortcuts taken.

He was happy to work around my Ute Canopy build, and provided all of the gear to do the work except for what I’d bought. This included conduit, heat shrink, battery gauges, anderson plugs, auto resetting circuit breakers etc.

In total, the following work was done: 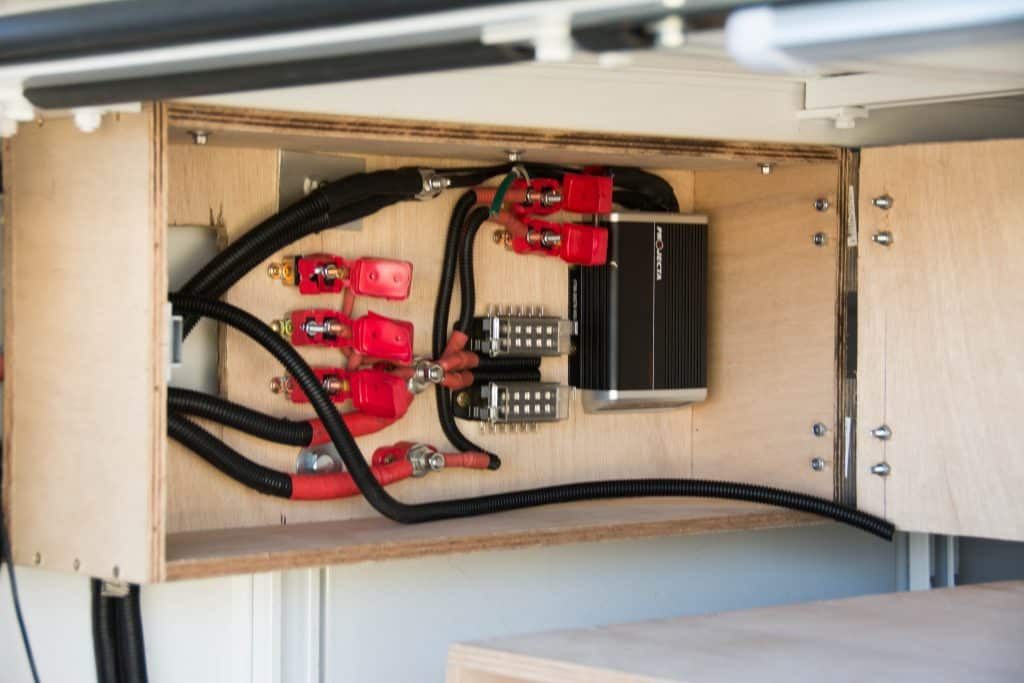 The inside of the electrical box almost done 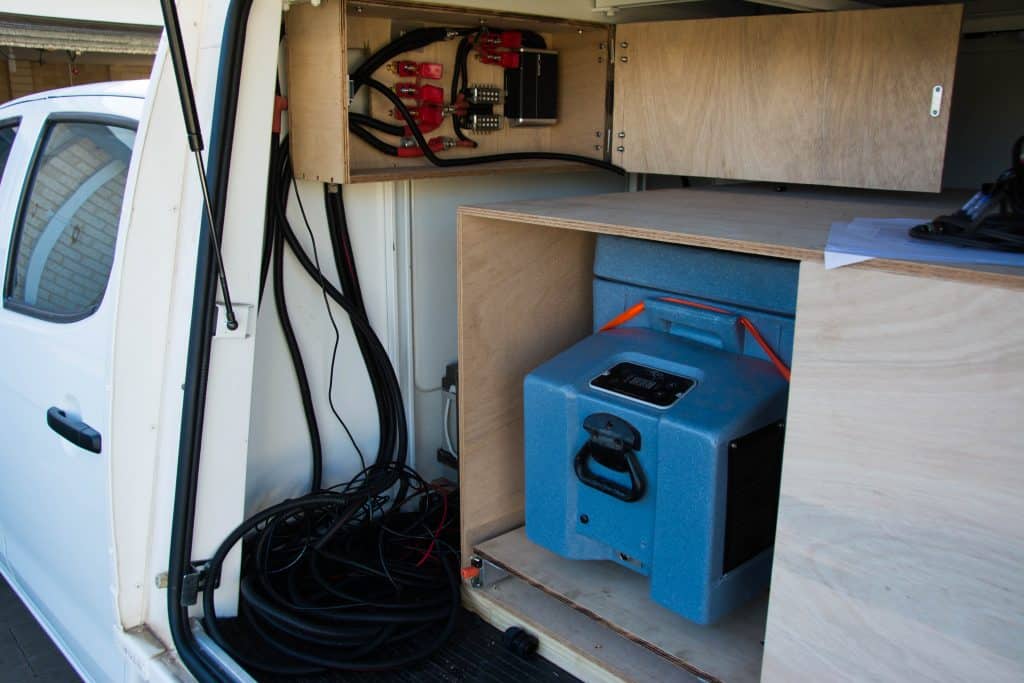 Lots of cabling to be run 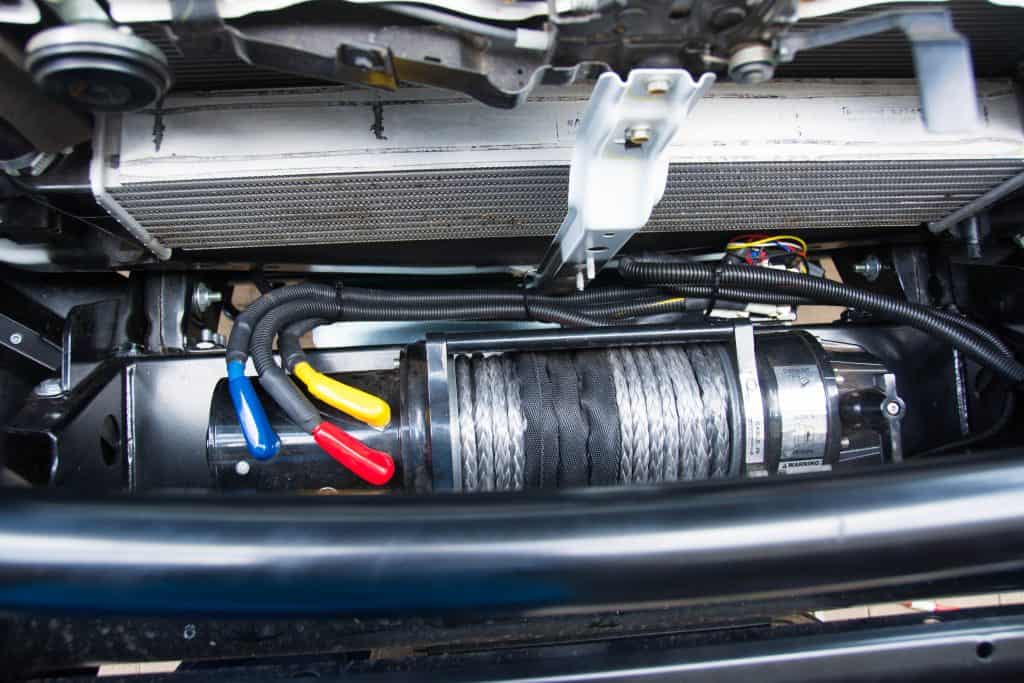 Wiring for the winch all done

Now, I reckon I could have done pretty much everything Stephen did, but it would have taken 4 times as long (seriously, it would have), and the quality wouldn’t have come close to what he has done. Beyond that, it would have taken a lot of time to work out what parts to use, and how to wire it up. I’ve learned that sometimes you are better to pay for a job to be done quickly and properly than do it yourself.

Being mobile, there was no down time for our vehicle. I didn’t have to drop it off at an auto electricians and catch a lift home. Everything was done right here on my driveway.

If you’ve got auto electrical work that you want to have done on your 4WD in Perth, give Stephen Hunter a call on 0439 908 841 at Hunter Auto Electrics. For the rest of our posts covering anything 12v, check out electrical hub page. 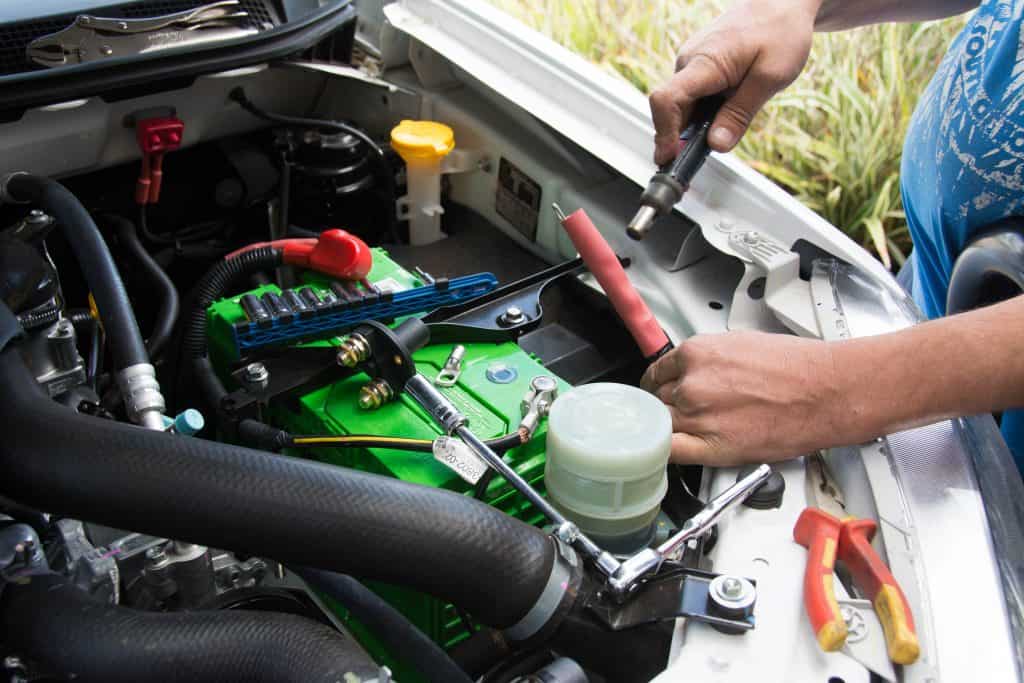 Now, you might think this is a pretty big plug, and it is. I genuinely recommend Stephen with no gain to me in any way. He’s a great bloke, with a fantastic reputation that comes from many years of quality work. Every now and again you are impressed by an individual or companies service, and I’m more than happy to spread the word.

Keen to see the rest of the build? Here it is – Isuzu Dmax 4WD for touring Australia.