Nearly 5 years ago, we purchased an Isuzu Dmax and set it up for touring Australia. The focus on the build was to get something reliable, reasonably capable, functional and that would double as a touring vehicle and the family car around the city. However, there was one more major consideration that we factored in, and that was cost.

Every single component that I added, or had added to the Dmax was done with that in the back of my mind. I didn’t want to buy rubbish, but at the same time wasn’t going to buy all the best gear out there and deck it out. That’s why when it came to setting up the electrical system, I went with a Projecta IDC25 DCDC charger.

Not the cream of the crop, but certainly not the worst product out there either. Something that I thought would be value for money, and still reliable. We’ve had a pretty good run with Projecta gear over the years, and I was happy to give their DCDC a whirl. If you want a Projecta IDC25 review, you’ve come to the right place!

Our reviews are completely non biased, and we paid full retail for the product with zero commercial gain. 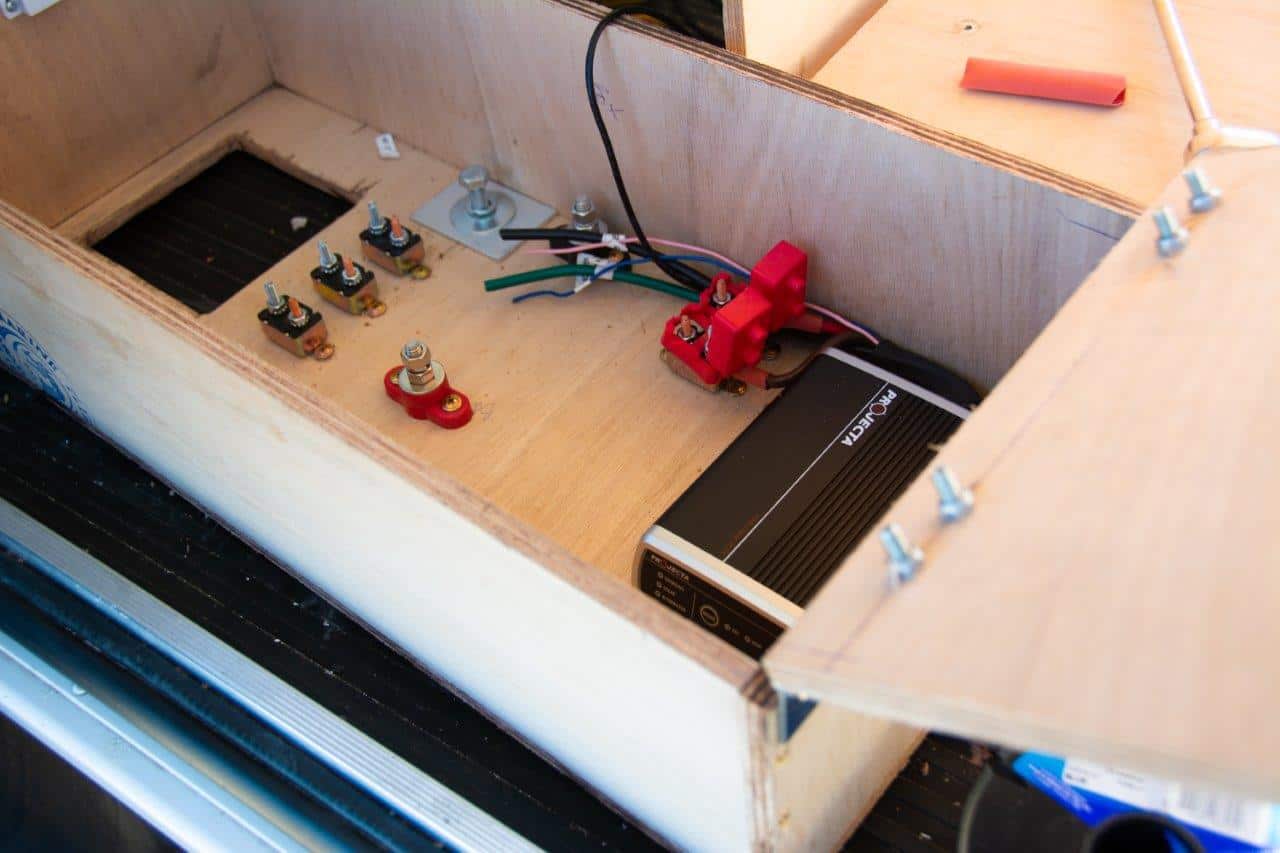 The Projecta DCDC installed in our Electrical Box 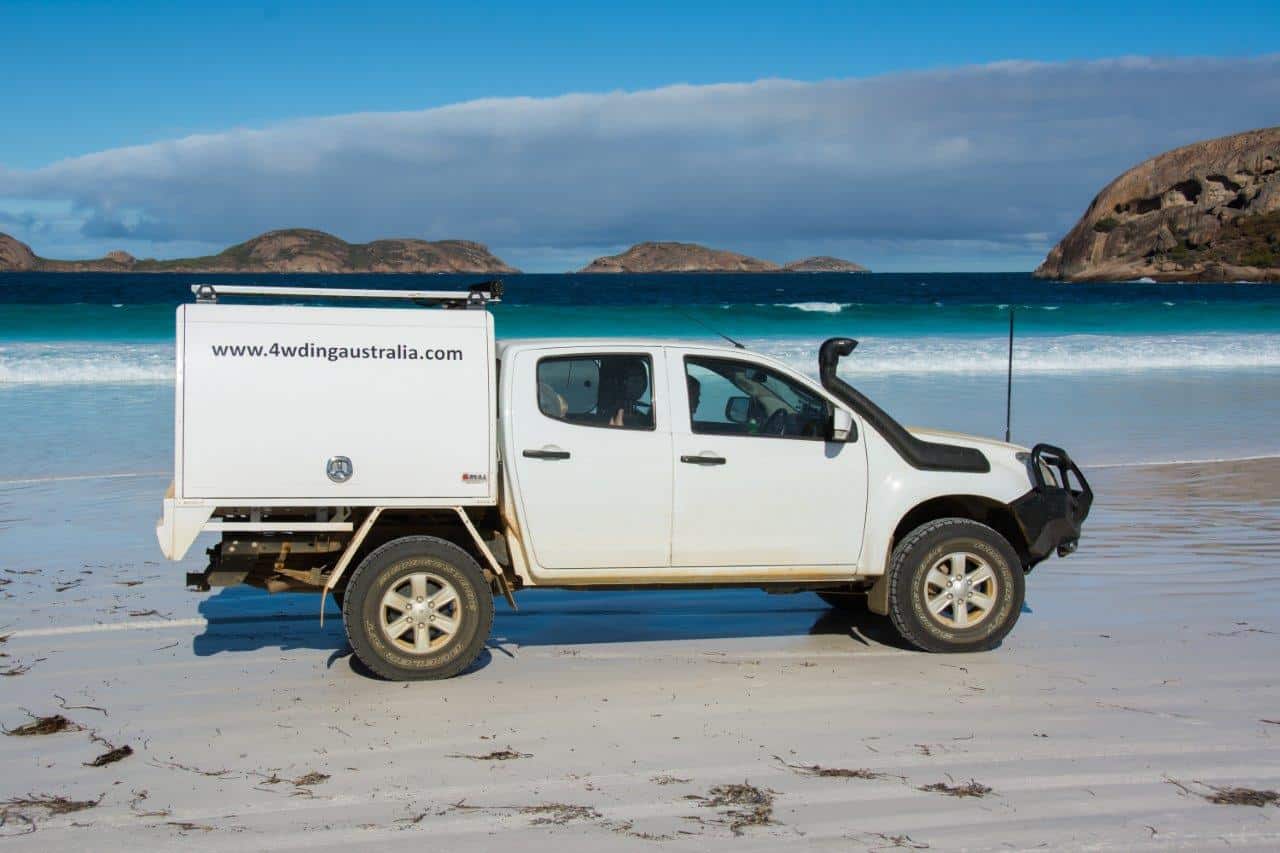 Our Isuzu Dmax, built for touring this great country

I designed our electrical system to be reliable, cost effective, to comfortably run the appliances we needed, and to have some redundancy.

We went with a 200W Low Energy Developments panel that is fixed to the Bull Motor Bodies Canopy. From there, I installed a 150aH Bosch deep cycle battery right up against the front of the canopy. There’s an electrical box above it which houses our breakers, Projecta IDC25, switches and a few Anderson plugs to move things around as required.

Projecta IDC25 in our Isuzu Dmax

The canopy came with a PWM controller that had seen its fair share of use, and I kept this on andersons, so that in the event of a failure from the DCDC charger I could still charge the rear battery. The DCDC takes charge from the front battery (via the alternator) or from the solar panel.

We run a 55L Evakool Fridge and or Freezer, a fair bit of lighting, a Projecta 350W pure sine wave inverter and charge a laptop, drone batteries, DSLR batteries, Go Pro batteries, Ryobi 18V batteries and occasionally run a 240V fan and other bits and pieces.

Nothing overly power hungry, and the system was designed to run off solar only, so the car can be parked up for weeks at a time and we have no issue maintaining charge. 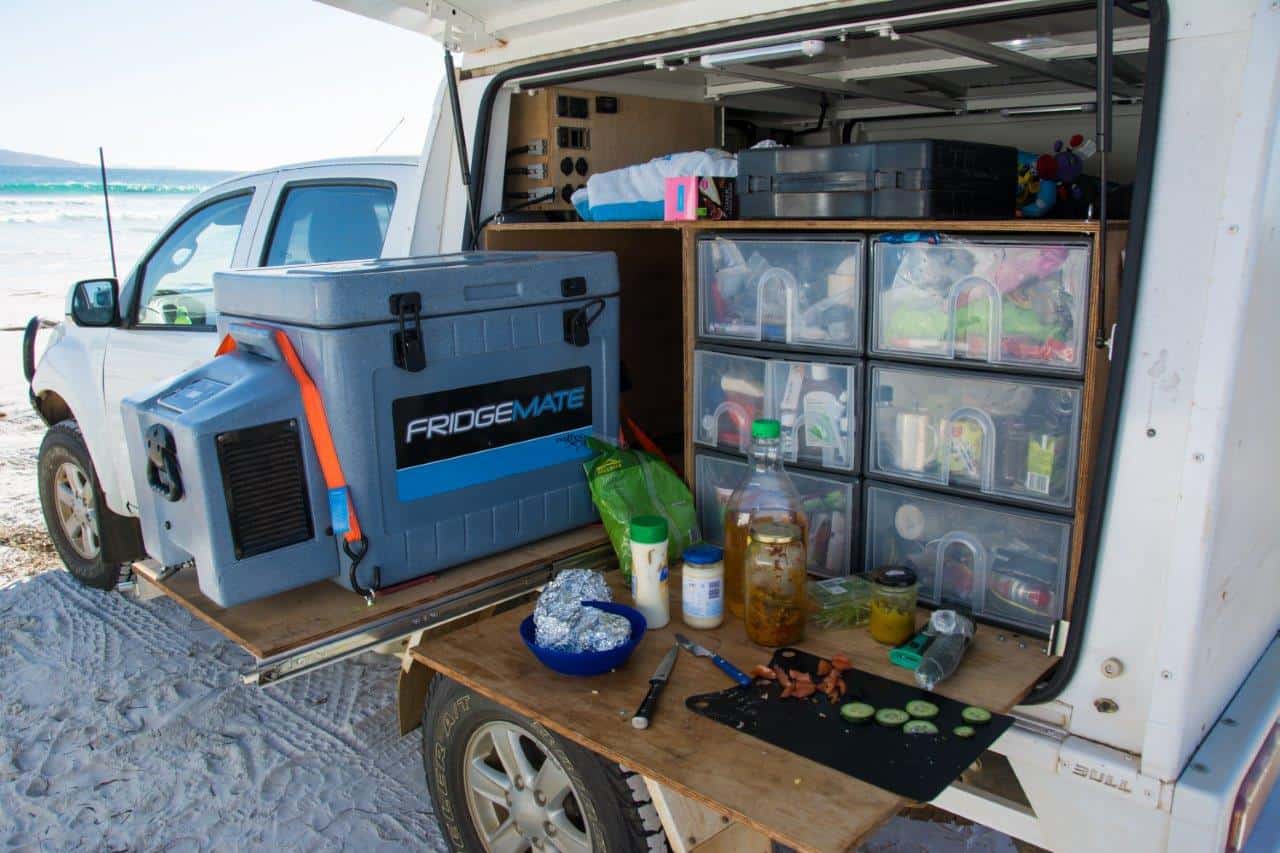 The Dmax, all set up for living out of

What is a DCDC charger?

There are lots of DCDC battery chargers on the market (or BCDC chargers as Redarc calls them). If you aren’t familiar with what a DCDC battery charger does, in layman’s terms it takes 12V power (usually from the alternator) and charges a second (or several battery) in stages, until it reaches 100%.

They have the ability to bump the voltage up, to ensure that your battery gets full charge. They overcome voltage drop issues, battery isolation requirements and charging two different batteries in the same setup.

If you have a second battery in the vehicle, or in a trailer behind, it is very difficult to get the voltage required to that battery to charge it in the right stages, right to 100% charged without the use of a DCDC. Of course, most of them today also have a solar input, which allows them to replace your normal, often poor quality regulators on solar panels. 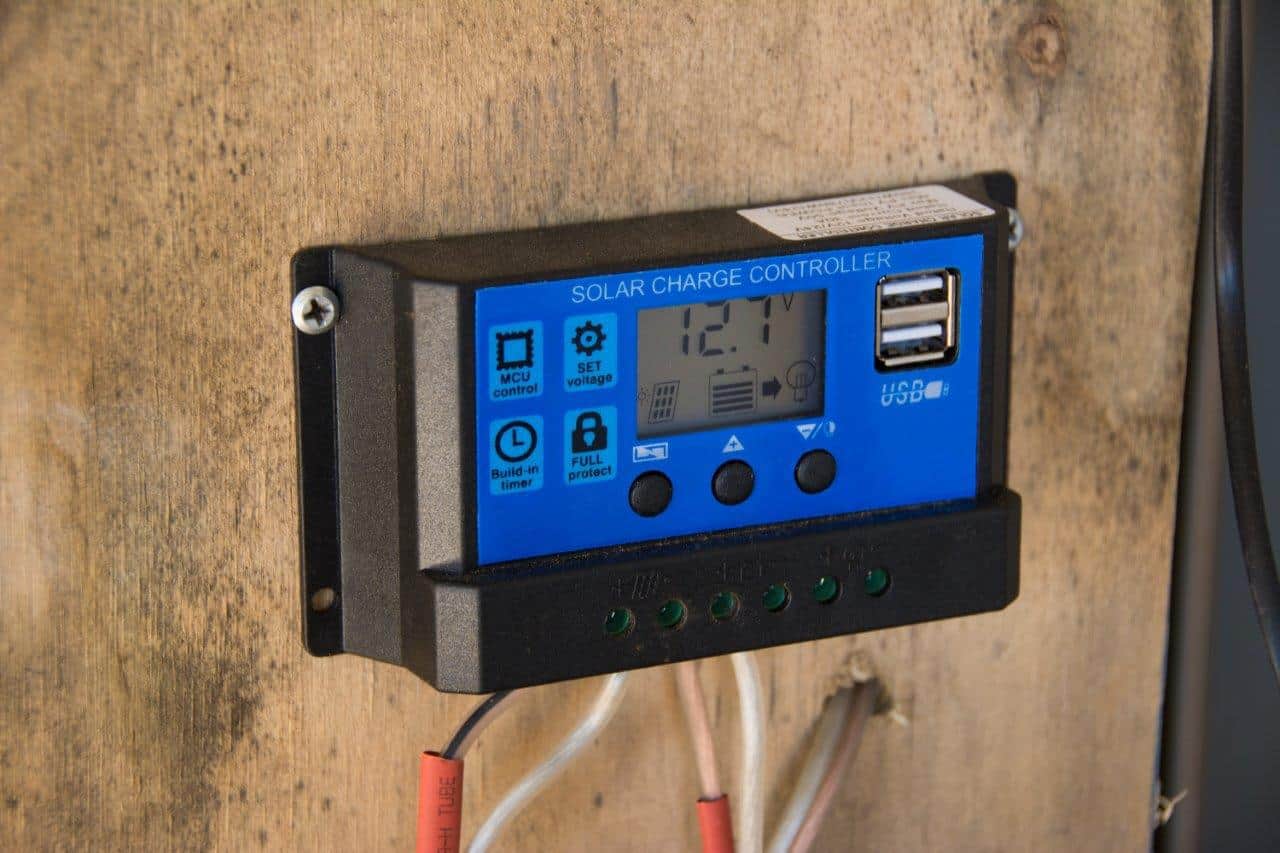 About the Projecta IDC25

The Projecta IDC25 has been out for a number of years now, and they’ve released a 40 amp version too. The 25 means 25 amps, which is its maximum output. It will take charge from the alternator and solar simultaneously, has the usual 3 stage charging process and can take power between 9 and 32V.

They are quite compact, IP67 (dust and splash proof) and can operate in environments up to 80 degrees. They also have a number of programs to allow you to charge different batteries – Wet, Calcium, AGM and Gel. It is important to note that they are not setup for Lithium batteries!

So, onto the nitty gritty, of the IDC25 review. We’ve had our Projecta IDC25 for nearly 2.5 years, and up until about 2 months ago I’d almost forgotten that it was running. I never looked at it, I never worried about running out of battery capacity even when it wasn’t sunny, as it just did its job.

We also run the Projecta dual battery monitor, so I do keep an eye on the battery voltages, and up until then I don’t think I’d ever seen it under 12.4 volts at rest, so the battery has had a good life.

However, on a recent run down south, I became suspicious that the unit wasn’t doing what it was supposed to. It was hard to tell, as I was only running the fridge and the ambient temperatures were quite low.

It was obvious after some investigation that the charger wasn’t taking charge from the alternator anymore, as the light wasn’t lit up, and at night time (when there’s no solar) I could never get the battery voltage to go up higher than about 12.8, when it would normally hit 14.2 with the vehicle running. 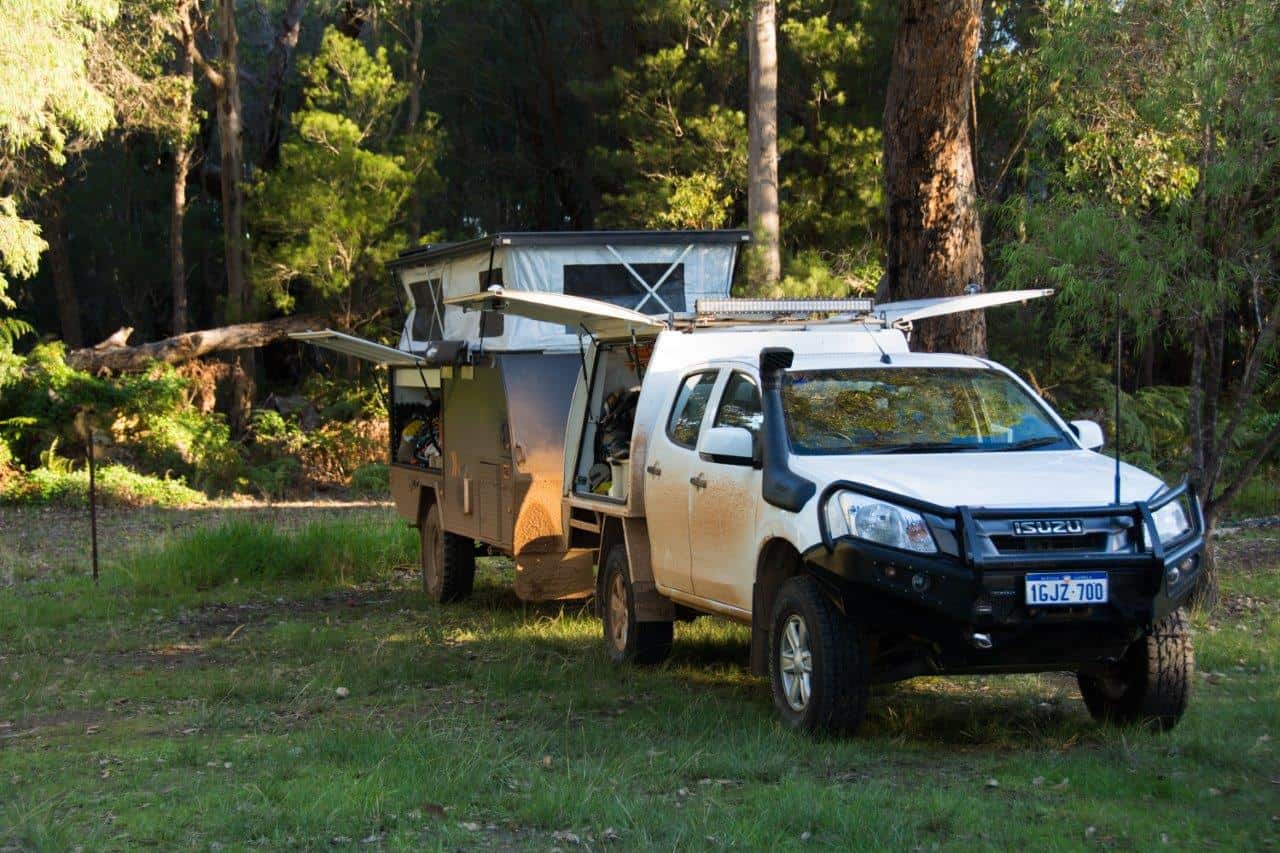 The solar seemed to still be working, but I bypassed the whole unit for the rest of the trip and just used the second PWM regulator. As we got further into the trip though, the battery started to struggle with limited solar input due to cloud, and I had to get creative.

I carry a 10 metre Anderson extension which is pretty heavy duty, and worked out that I could plug the lead onto the rear Anderson (which is powered from the main battery) and run it up the back of the canopy, around the roof rack and then squash it in the door, where it connected to a normal output from the rear battery.

This essentially joined the batteries together, which I had to do manually every time once the car was started (to avoid a starting load on the dual, deep cycle battery) but it kept charging slowly this way.

When I got back to Perth, I rang our good mobile auto electrician, and arranged for him to come around and take a look at our Projecta DCDC charger. We’d lost a solar panel on the camper trailer, and needed some other work done anyway, so it was good timing.

Stephen had previously commented that the Projecta units are OK, but not top of the range and certainly not as reliable as the Redarc ones. However, at $600 for a Redarc replacement, I wasn’t feeling too pleased! I was told that the chances of getting it repaired or replaced were slim to none, being outside of the 2 year warranty period.

He did some investigations, and found a dry joint inside the IDC25, and re-soldered it, and its been working perfectly fine ever since (roughly 3 months later). 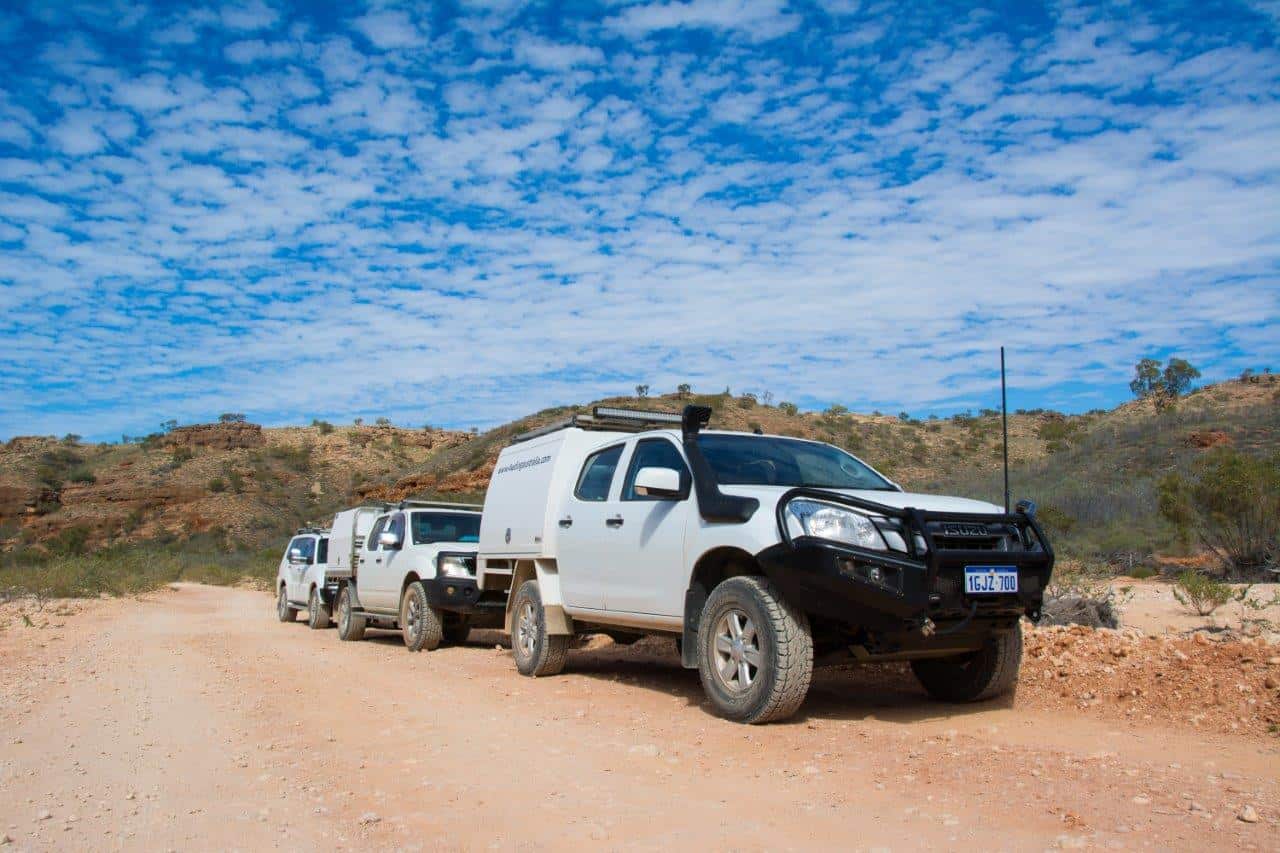 I think its time to ditch the Projecta DCDC, and move to something a bit more dependable. If you’ve been through this review already, you’ll know that we had issues with the alternator charge and the DCDC some time ago, which our sparky diagnosed as a poor internal connection, and got it going again after re-soldering the joint.

The other day though, I walked past our canopy at 2PM in the afternoon, and saw the battery voltage sitting at 12.3, despite having been in full sun for days with a 200W solar panel on the roof, and no additional draw. By this time in the afternoon, it’d normally be at 13V or higher, so something was up.

Lucky for us, I’d installed a cheap PWM regulator that was set up to take solar charge too, and with everything on Andersons you can literally unplug the solar input to the DCDC, and run it to the Itech solar controller, which then charges the battery. Immediately after swapping, the voltage jumped up 0.2V, and was pumping a healthy 10 amps in.

I tried the following morning swapping back to the Projecta DCDC, and it went from 13.1 volts down to 12.9, and stayed there. Clearly the IDC25 is still doing something, but its doing a very bad job of it. Now, you might wonder if its related to temperature, and I wondered the same thing, but on the second test the unit had sat overnight, and was as cool as it was going to get.

With a new lithium battery coming anyway, its time to look for something better quality, that isn’t going to take away from our family holidays fault finding and mucking around. Want to know about Projecta DCDC problems? That’s two we’ve had, which is rather disappointing.

That’s nearly 5 years out of the Projecta IDC25, and knowing what I know now, I wouldn’t get another one. I can’t say they are rubbish, but there’s certainly better products out there. I’d really love an Enerdrive DCDC in the Dmax, but they are massive, and it won’t fit in my electrical box. Such is life!

Is the Projecta IDC25 worth buying?

These are quite popular little chargers, and a lot of people swear by them. That said, I have read a number of complaints from owners who’ve had issues, and given what we’ve been through it seems to reflect the same. They are a reasonable unit, but not built to the quality of Redarc, Victron or Enerdrive. My opinion only, of course.

So, is it worth buying, and what’s the final Projecta DCDC review? Only you can answer that. I hate to buy things twice, and I like the idea of supporting fully Australian made gear (like Redarc), but still went with the IDC25 purely to save some money. I’d probably have been better off buying a higher end DCDC; a poor man buys twice rings true!

I don’t think I’ll be getting any more Projecta products, but that’s just me.