Cable beach is magic. During the day its great, and the sunsets are next level. The problem though, is every single tourist in Broome ends up on Cable Beach (especially at sunset) and its become so popular it can actually be unpleasant.

We did a couple of sunsets in 2021, and would have counted at least a thousand other 4WD’s on the beach, which makes for some interesting logistics getting on, and back off the beach in a timely manner, with only a single lane access way to the beach! 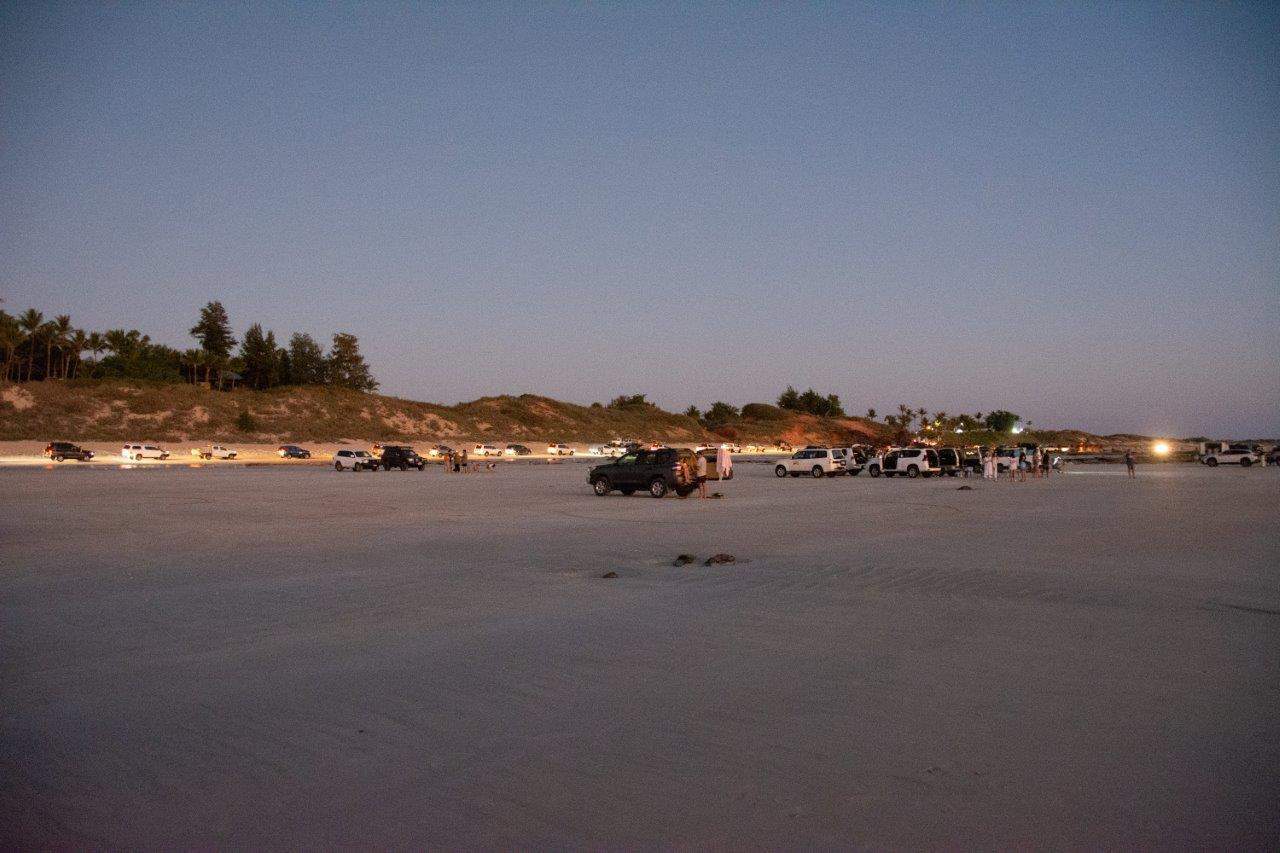 Cable Beach is great, but its hugely busy

We learnt the following night, and decided to head down to Gantheaume Beach instead, which is a fair bit shorter, but is easily accessible, just as hard and you don’t have to contend with nearly as many people. 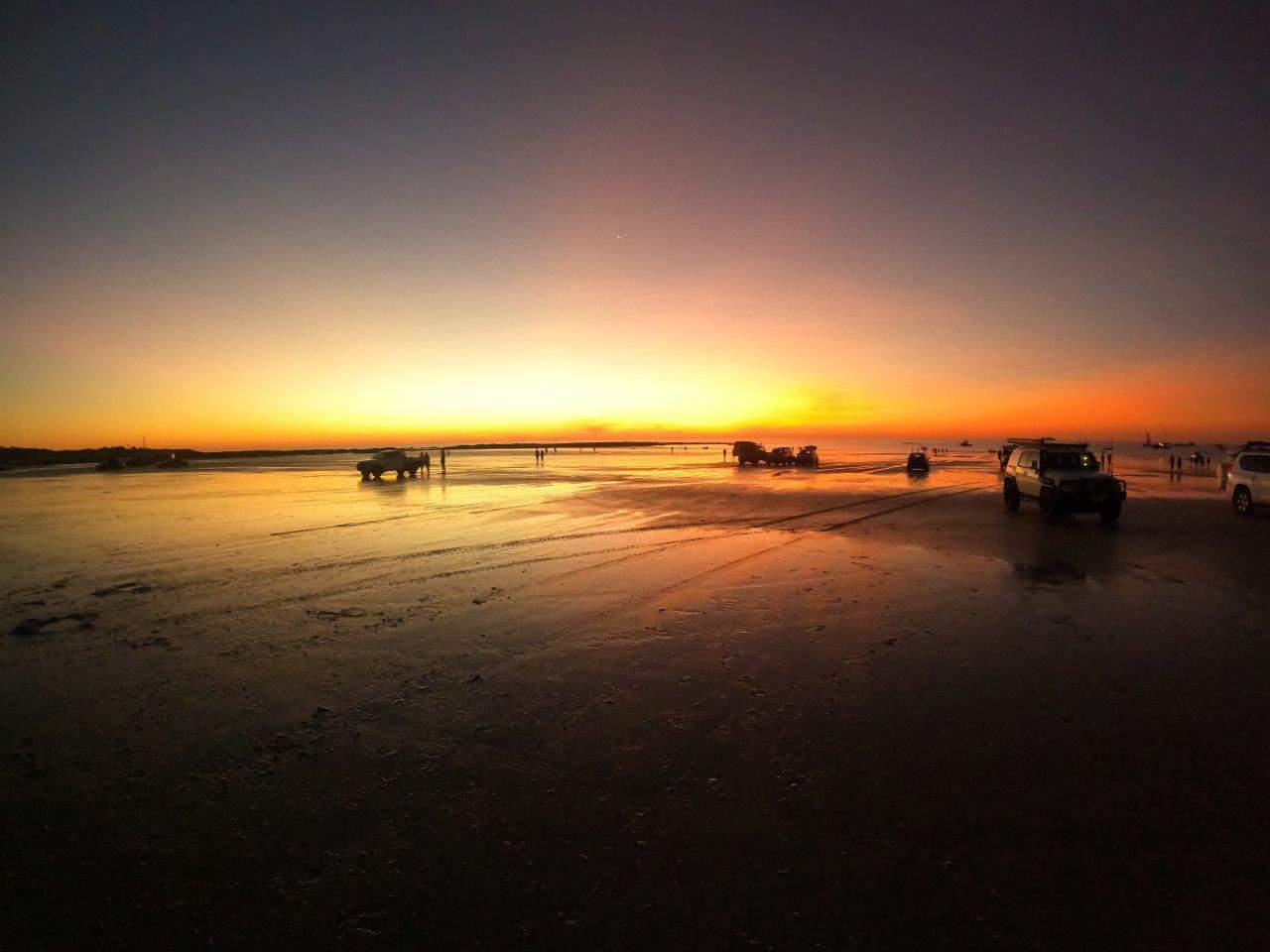 Gantheaume Beach was still busy, but far less and much more accessible

This is where many boats are launched, and also where many of the larger boats are moored longer term. Its got some great rocks for the kids to play in, the sunsets are just as beautiful and there’s plenty of room for people to spread out and enjoy themselves. 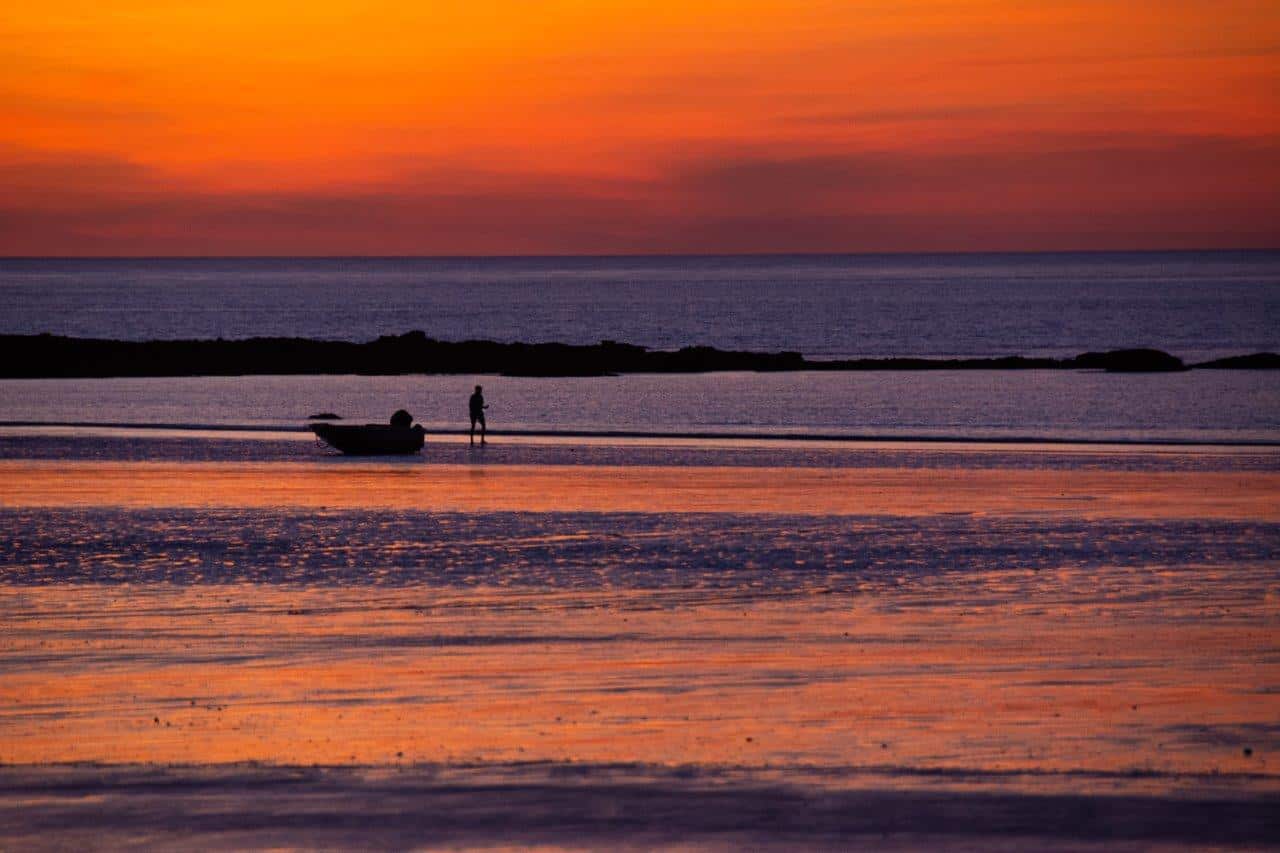 The sunsets are just as good 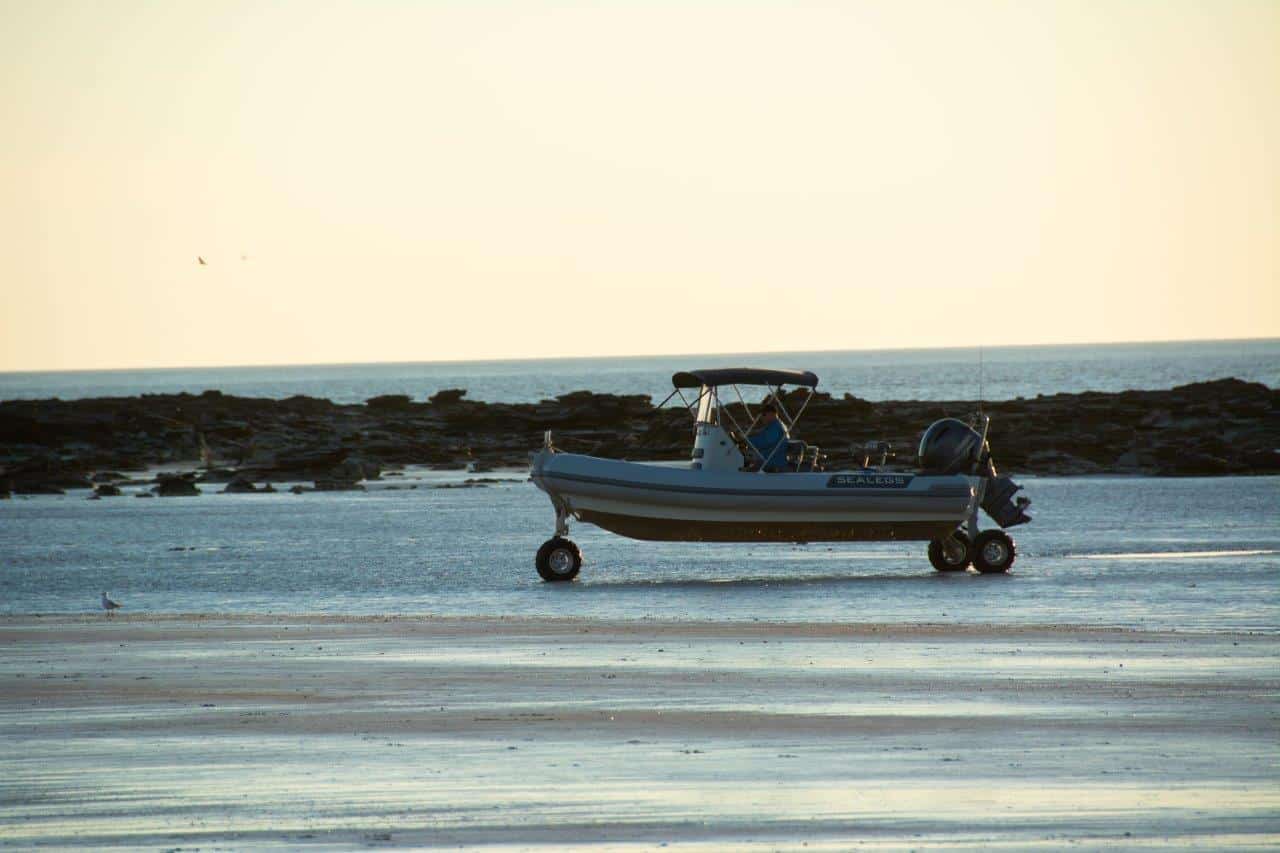 These boats can drive on land too, and are pretty common in Broome

Most people who visit Broome end up at Gantheaume Point to look around. It’s one of the more popular tourist attractions, and is pretty spectacular with its bright red rocks and turquoise water. 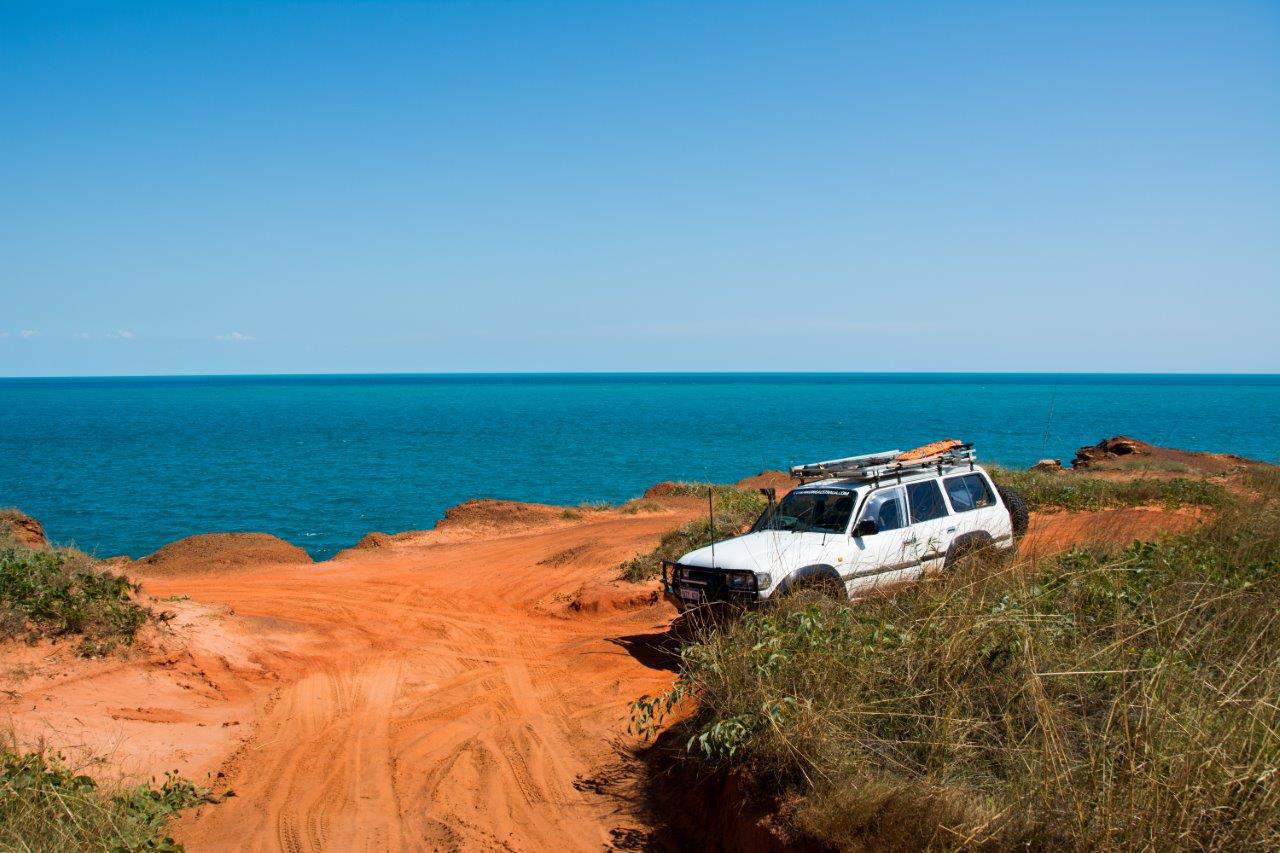 On your way there, you’ll see the race track to your south, and the beach just north of that. There’s an access track that takes you right down onto the beach, and we did even see a couple of 2WD vehicles and even busses down there.

The beach is often quite compact and can be driven on easily without letting your tyres down, but its still advisable to proceed with caution. Alternatively, you can park at the top (out of the way) and walk down like a number of others did.