Our new 4WD; an Isuzu Dmax

We sold our 80 Series Land Cruiser a couple of months ago, which was an awesome vehicle. It was tough, capable and functional tourer, but the time came to move it on. I’d been eyeing off the Isuzu Dmax for some time, and after extensive research I paid a deposit on one.

EDIT – After 4 years, we’ve done an Isuzu Dmax Review, which you can check out, along with a post on the Isuzu Dmax Problems. 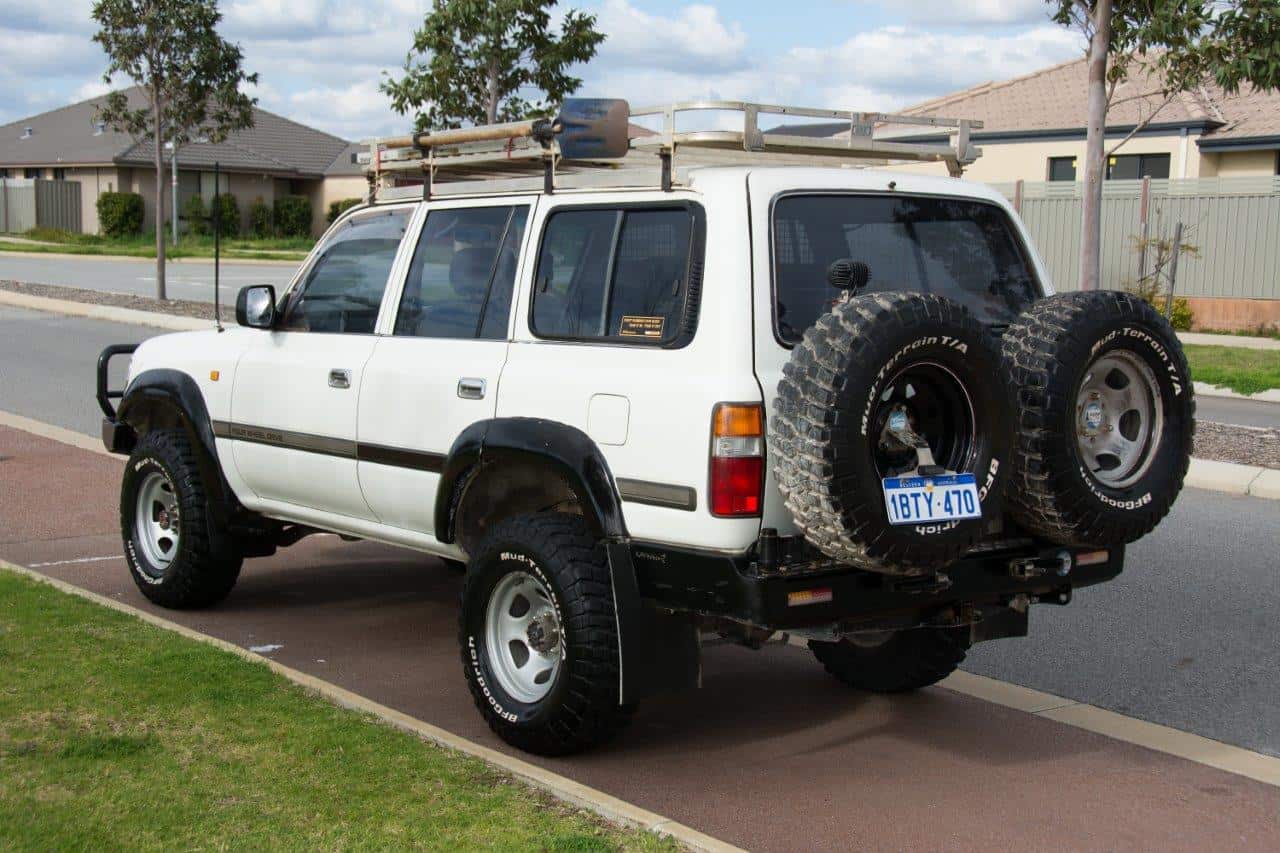 Our old 80 Series, a few weeks before it was sold

The new rig is a 2016 Isuzu Dmax SX demo running an Automatic transmission, with just 31km on the clock. It’s the base model Dmax, with vinyl floors. It’s missing much of the fancy bits and bobs that come with the higher spec Dmax models, and that’s exactly what I wanted. The dealer had fitted a genuine aluminium bull bar, reverse camera and tow bar.

These run a 3.0L single turbo motor that has a legendary reputation for reliability; the 4JJ1. The Ute came with a tub, which I intend on replacing with a tray and gull wing canopy.

After spending many hours looking for a local Dmax, I stumbled across one in Victoria that met our criteria at a price that killed anything I could get in WA. After a bit of negotiation, freight to my door in Perth was included in the sale price of $38 723.

I actually made an online enquiry, and when the sales guy rang up I jokingly said if you can get it delivered to me in Perth for 38k I’d grab it. He rang back 10 minutes later and said you can have it for 38k, and I felt obliged to say OK!

I had to pay stamp duty and licensing fee’s  in WA, but had GST excluded via a Novated Lease, which took the vehicle total to just under 38k drive away. A good deal in anyone’s books.

Shiny, stock and very different to the old cruiser

How does it compare to the 80 Series Land Cruiser?

These two vehicles couldn’t be further apart – Ute from a Wagon, Auto from a manual, Independent front suspension and leafs on the rear from coils and solid axles, Common rail turbo diesel from old school diesel technology without an ECU. That, and the 80 was decked out to the hilt, and the Dmax is basically stock standard.

Beyond the obvious, the Dmax has less clearance, less traction, less power and less torque. It’s substantially better on fuel, much more comfortable to drive around, has a greater payload and towing capacity along with a much higher safety rating.

I’ve not had the Dmax for long enough to really compare the two together, but all in good time.

I expect that there will be times where the Dmax frustrates me; the 80 Series went pretty much anywhere you pointed it; rarely raising a sweat. They are worlds apart. That said, for what we intend on using the Dmax for, I think it is the best compromise for our situation. Nothing in life is perfect, and there’s no such thing as the perfect 4WD; you have to make a compromise in one way or another.

I look back at the many trips done in our Land Cruiser, and smile. I can’t help but appreciate many of the memories made with it over the last 4 years, and 43 odd thousand kilometres. It was mainly used for 4WD and camping trips, with most of that driving done in the less travelled locations of WA.

From a reliability standpoint, and given it was nearly 27 years old, the vehicle did us proud. For the first 2 years we had very little go wrong with the vehicle. It took everything we threw at it and kept coming back for more. The last 2 years a number of things did go wrong, which were neither hugely major nor entirely unexpected, but still frustrating nonetheless.

The fuel pump started leaking after our 2015 Kimberley trip, which was refurbished and then proceeded to leak again a few months later. The alternator died, and then we blew a head gasket, which resulted in a hefty bill after deciding to replace the head with a genuine one. The transfer case needed refurbishing, along with various other maintenance and servicing requirements on a vehicle that has been used off road and isn’t exactly young!

The final issues were at Steep Point, where it kept throwing fan belts and we had a front wheel bearing fail in spectacular fashion. This rendered the 80 unable to be towed or repaired in situ, so it was put on a tow truck back to Denham and we fixed it there with some new parts from Perth.

Looking back I threw far too much money at the 4WD in repairs and modifications, but for the memories it helped us make I can’t say I regret it. It’s gone now, and the new owner loves it. Hopefully he gets many years of fun from it too. 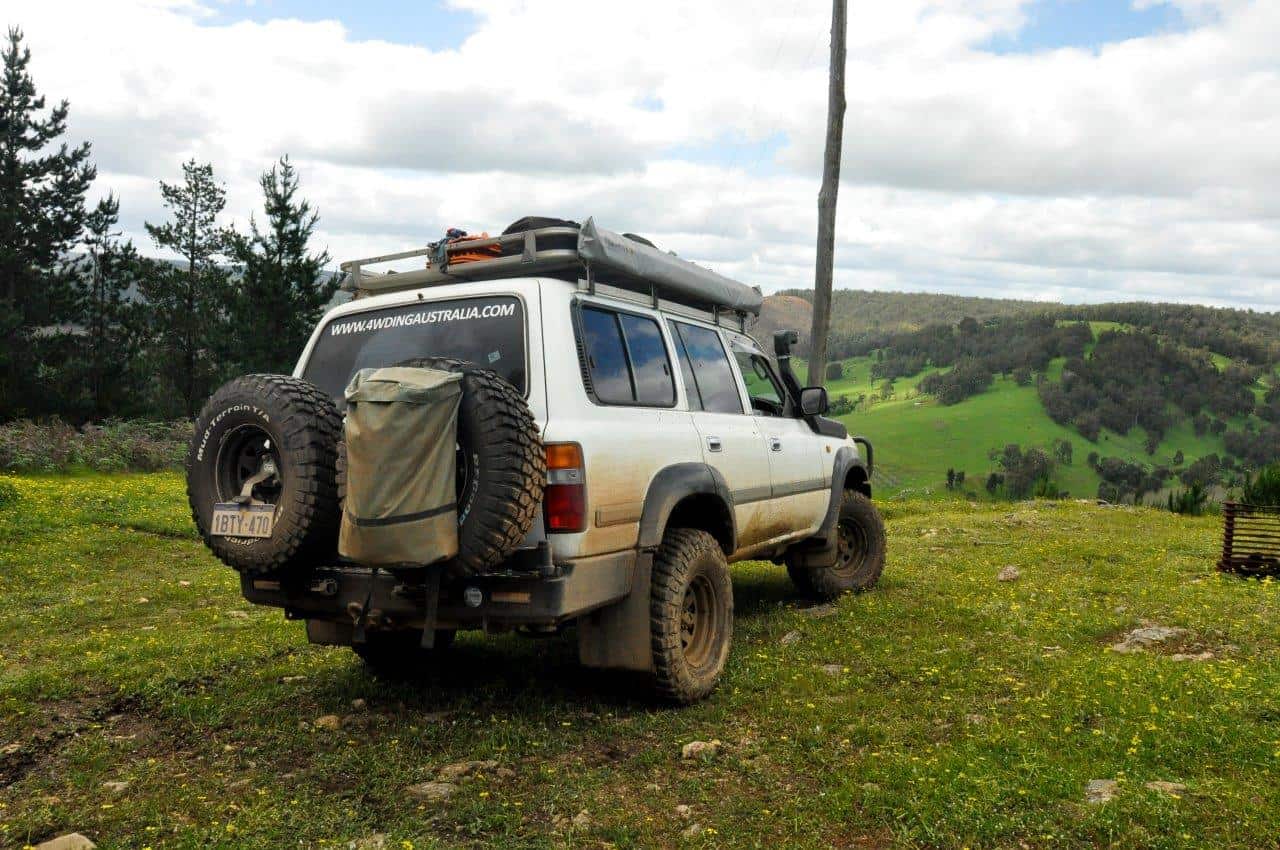 We had some amazing times in our 80 series!

There were a number of reasons that made us decide to sell the 80. I spent many, many hours researching, making spreadsheets and thinking about the pro’s and con’s of getting something else. I suppose I can summarise the reasons below. If you want more information though, there’s an in depth post here; Swapping from an 80 Series Land Cruiser to an Isuzu Dmax.

The need for an automatic 4WD

Our Land Cruiser was a manual, and my wife only has her auto license, which meant that I had to do all of the driving. Normally I don’t mind, but when you are doing 1200km days it does get a bit tiring. I will say since getting an automatic 4WD, I’ll never go back to a manual.

The numbers worked out

I spent a long time going over the finances, and making spreadsheets to compare. I worked out that if we sold the family Yaris and the Land Cruiser, and replaced them with an economical 4WD, we’d be in the same position. We save on registration and insurance for the extra vehicle and that easily covers the cost of extra fuel used.

We sold the Land Cruiser for 20k, and the Yaris is probably worth about 7k (yet to be sold). That’s a difference of 10k, which seems like pretty good value for money to me.

The Land Cruiser did exceptionally well for how old it was, especially considering it has been used as a 4WD for much of its life. However, there was always something little that I was concerned about, or not happy with. Only once did it actually cause us any real grief, which was up at Steep Point with the belts and ending up on a tow truck. Call me soft, but the idea of a new 4WD is appealing from a reliability perspective!

A suitable ‘Lap of Australia’ vehicle

We plan on doing a Lap of Australia in the future. It takes time to set a vehicle up to do this, and no matter how hard I thought about it, I couldn’t see the 80 being a suitable vehicle. For starters, it would consume about 35 – 45% more fuel than a modern turbo diesel, which is about $4500 alone.

It never struggled towing our camper trailer, but we may end up with something heavier, and with a bigger turbo, lots of gauges to watch and its history it would never be a comfortable journey.

The Dmax has a 5 star ancap rating, which is important when you are travelling with family. I’m sure the 80 would have been just like a tank if it was involved in an accident, and that’s not so great for the occupants!

Factory Turbo Diesel 80 Series have held their value to ridiculous proportions; they are probably the most expensive old 4WD you can buy, especially the ones after 1996 with the greater towing capacity and 24 valve motor. We are talking anywhere from 15k – 25k for a fairly standard factory turbo diesel 80 series with 200,000 – 400,000km on the clock. This varies a lot from state to state (eastern states are much cheaper), but one thing that I have noticed is the pricing shift in Land Cruisers.

I figured now was a good time to sell as I think in the next 5 years (like the 60 series factory turbo diesels did) pricing is going to drop, a lot. It may not; they are expensive because they are brilliant and unique rigs, but we will see! 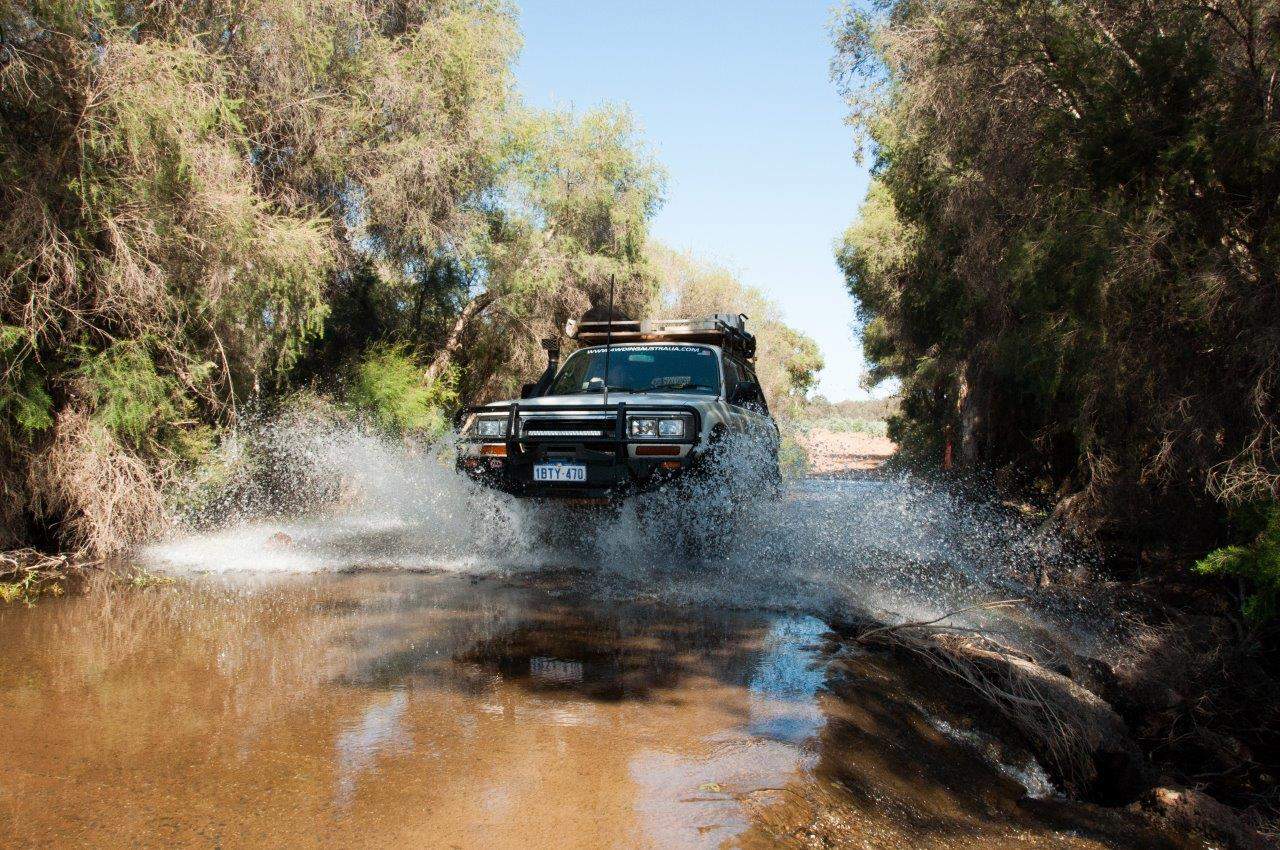 They are a great vehicle, but they are starting to lose their value

I’ve been doing a LOT of reading into vehicle weights and keeping legal. Our 80 series was pushing the friendship when it came to staying under the GVM and payload, and that is a problem. The new ute has a higher payload and will have less, heavy accessories bolted on.

I spent a lot of time making spreadsheets and doing figures for owning the Dmax vs keeping our 80 series and the Toyota Yaris. Novated Leasing has always been at the back of my mind when getting another vehicle, after a few presentations done at work. Essentially its an agreement between yourself, the novated lease company and your employer.

It’s a package, which includes the loan, servicing, tyres, registration, insurance, roadside assistance and fuel into one repayment. Some of this comes out of your pre-taxed income, and some comes after you’ve paid tax.

For many people, it results in a substantial saving over the period of ownership, but there are a lot of things to line up before you go ahead with it. I’ve actually just finished a post covering a Novated lease for a 4WD, and whether we think its really worth it.

What’s the plans for the Dmax?

EDIT: If you want to see the full build, have a read of this – Isuzu Dmax build for touring Australia.

I’m much more conscious of what I want from this 4WD, and plan to keep the build mild. We will do the basics – snorkel, dual batteries, tyres, bull bar, gull wing aluminium canopy, brake controller, UHF radio, catch can, fuel filter, scan gauge, differential and transmission breathers and rated recovery points. No doubt there will be some changes along the way, but the plan is to use the vehicle as much as possible before modifying it, to see what works and what doesn’t.

We have some epic trips planned, and will ensure it gets put to work!

It’s not going to look like this for long!

Off to a shoddy start

Seeing the vehicle on our driveway when I arrived home from work was a great moment. I applied for a permit to drive and booked it in to go over the transport pits. The following day, I hopped in for my maiden drive, and didn’t make it 750m from home before the check engine light came on.

Being limited to where I could drive, the transport pits cleared the code (overboost) and passed it. I could tell when driving the vehicle boost was leaking, and wasn’t too impressed. After a couple of visits to DVG in Maddington, they diagnosed the vehicle as having a faulty actuator for the turbo, and put in a warranty claim to have it done.

3 weeks off the road for the Dmax, and I was extremely annoyed; you don’t expect that from a new vehicle, especially a Dmax which has an amazing reputation for reliability. Hopefully that is the drama done for at least 5 years; onwards and upwards.