Projecta Inverter Review; how is it faring?

Many years ago, when I found out you could run 240V appliances using an inverter and 12V power I was like a kid in a candy store. Of course, back then, we thought we were clever running a single 240V light globe from it, and not much else.

Since then things have changed a lot, and today people are running air conditioners, induction cook tops and all sorts of weird and wonderful things in their camping setups.

We don’t run anything excessively power hungry, but with a lot of camera gear I wanted a decent inverter that would charge the camera batteries, drone batteries, laptop, power tools and some other odds and ends. After a fair bit of research, I grabbed a 350W Projecta Pro Wave Pure Sine Wave Inverter.

EDIT: I’ve actually replaced this with an Enerdrive 400W inverter, after this started to play up charging the drone batteries. I’m fairly confident it wasn’t related to the Projecta unit though, and the automatic reset circuit breakers in our Dmax.

The Projecta Unit is now a backup, and we’ve got a big lithium battery setup and 3000W Renogy Inverter going into the camper trailer, which will change the dynamics a lot! 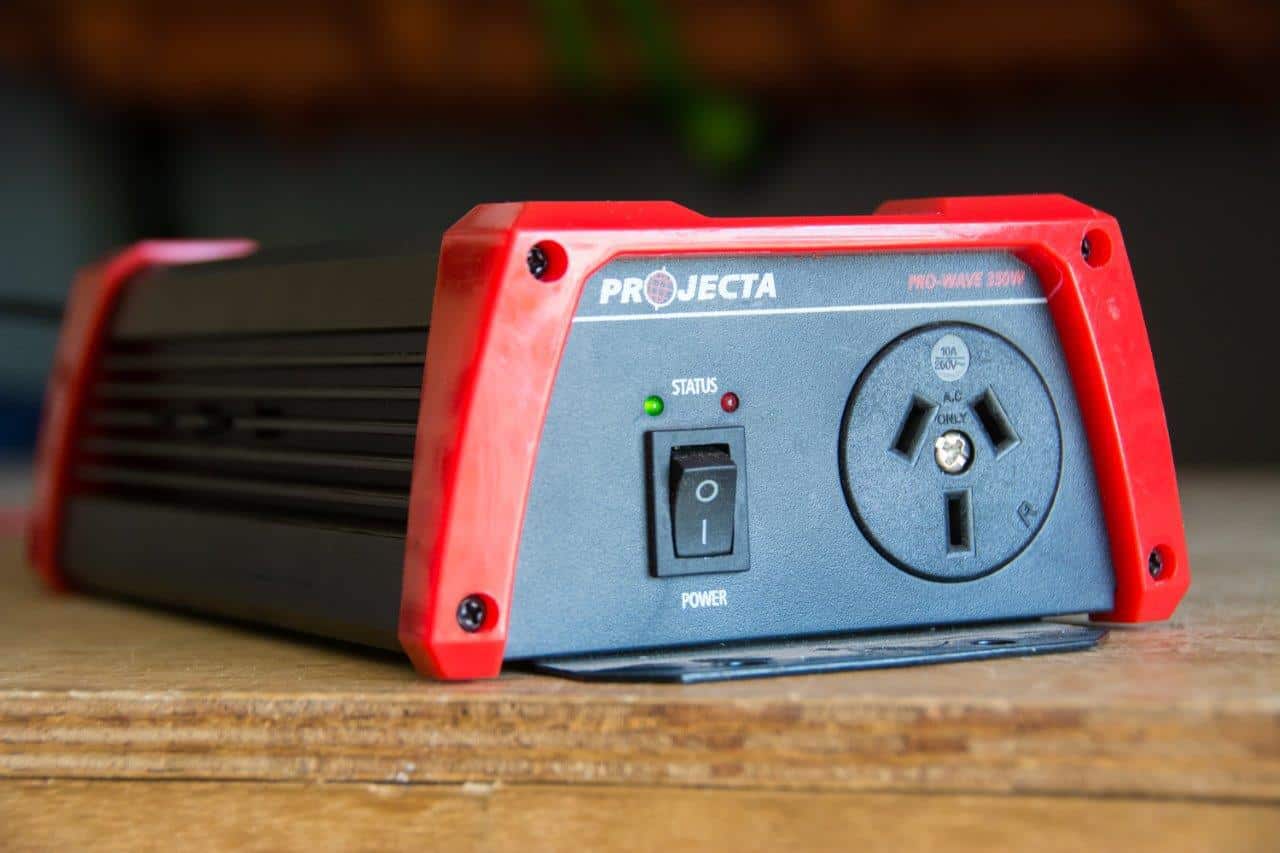 This is a long term review

We’ve had this inverter for more than a couple of years now, and we paid full retail for it. This is a genuine report, and has not been influenced by anyone.

If you are charging anything that is valuable, and sensitive (like laptops) you should be running an inverter that is pure sine wave. That is, not modified sine wave, or anything else.

This refers to the quality of power that you are getting, and using a pure sine wave inverter ensures the power is like what you’d get at home; good enough to not cause damage your sensitive electronics.

What size do you actually need?

I looked around for an inverter for a while, and figured something around the 300 – 500W would be fine, as we don’t run anything silly (and don’t really have the battery setup for this anyway).

Projecta sell the pure sine wave 350W inverters for a good price, and after having a good run with their products (mostly) I picked one up. I installed an Anderson plug on it, and gave it a whirl. If you are interested in other Projecta products, here’s our Projecta DCDC review. 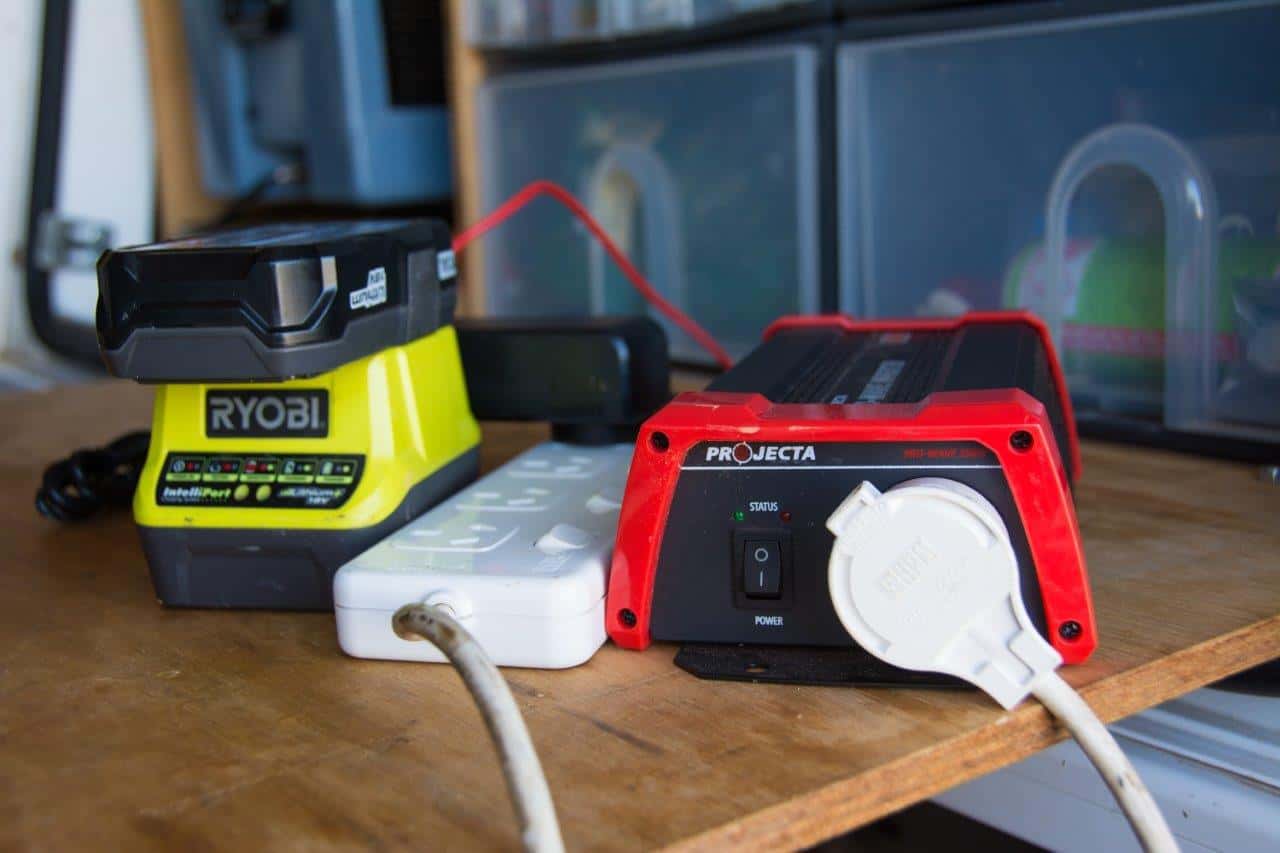 Size your inverter based on what you want to run, but also your battery setup

After about 3 years, I have nothing bad to say about it. It just works; the fan comes on as needed (which seems fairly irregularly), and it comfortably does our Ryobi 18V batteries, drone batteries, camera batteries, laptop and anything else we need.

I’ve had a number of things hooked up to it at once, and never had a problem. Of course, take the time to read the wattages of anything you want to run before hooking them up!

I’m very aware that running anything high powered wouldn’t work due to its power limitations, but its sized perfectly for what we need. There’s a common theme today with some huge inverters being installed, but unless you have the batteries to keep up with it, you are wasting your time (and money!). 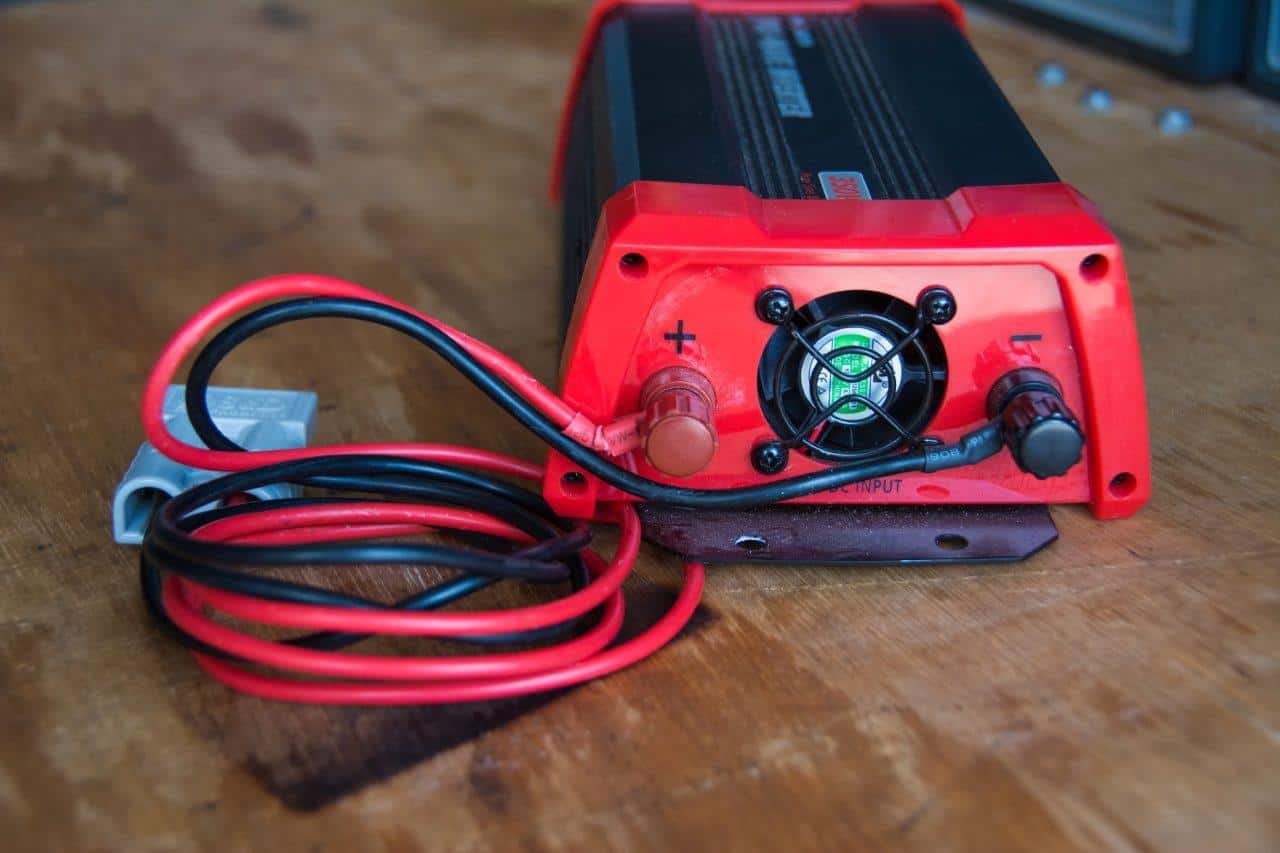 The fan kicks in when its needed, but is otherwise silent

Interestingly, you can run a big, 240V fan comfortably from this, as they don’t use much power. This is a game changer when its really hot (think Dwellingup in summer!).