Some time ago, my Projecta 300W inverter started to beep and not play the game when charging my drone batteries (only during the bulk charge phase), so before our next trip I decided to get a different Inverter.

We rely on our camera gear to keep the blog running, and the idea of running out of batteries in the middle of the bush with no way to charge them wasn’t something I was too keen on.

As it turns out the fault was likely nothing to do with our Projecta unit, and our auto reset circuit breaker nuts coming loose and causing a poor connection, but that’s a story for another day.

Ultimately, we ended up with a new 400W Enerdrive Inverter, and I’ve been using it for about a year now, mounted permanently in our Dmax. 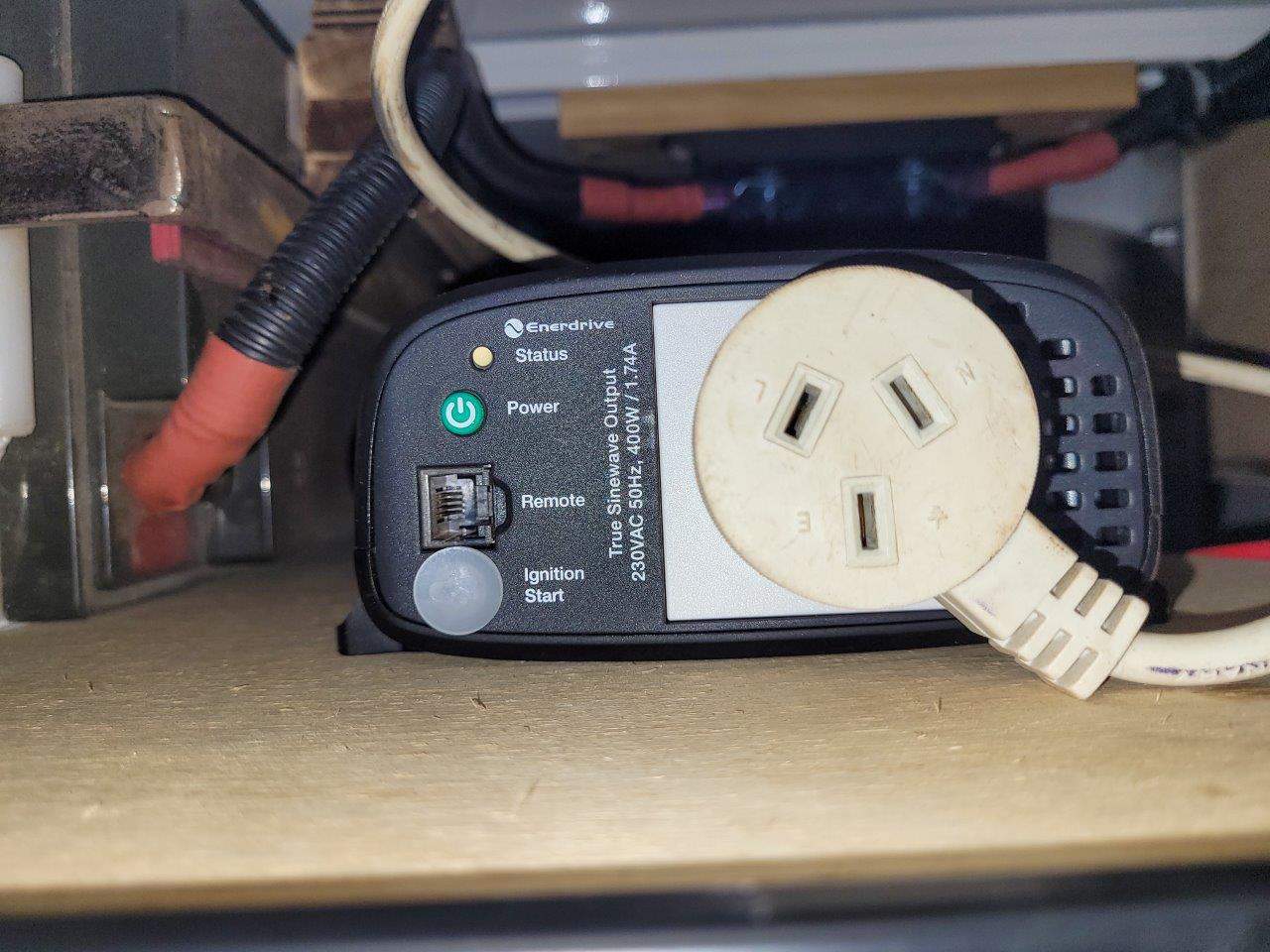 Our 400W Enerdrive Inverter mounted next to the fridge

Ironically, its just about to come out and be replaced with something much larger, but we’ve still used it fairly extensively.

I looked at a heap of different inverter brands before settling on the Enerdrive ePower one. To be honest, I was so impressed by their DC2DC charger that I wanted to give more of their gear a go.

Enerdrive has a pretty big reputation, and I liked the fact that their inverter was heavy, well built and had a good reputation.

On top of this, the warranty for the Enerdrive unit (2 years) was substantially better than other alternatives, so I went for it.

We paid about $400 for this inverter. Not cheap, but not terrible value either. Ironically I’ve just picked up a 3000W Renogy inverter for less than that, which is massive and weighs a fair bit more. I’ll do a review on that in due course too.

To give you an idea, an Enerdrive 2000W inverter will sting you around $1300, and a Redarc 3000W inverter a whopping $2600. There’s a huge price disparity, and I’m not sure that the pricing always reflects the quality. What do you reckon? 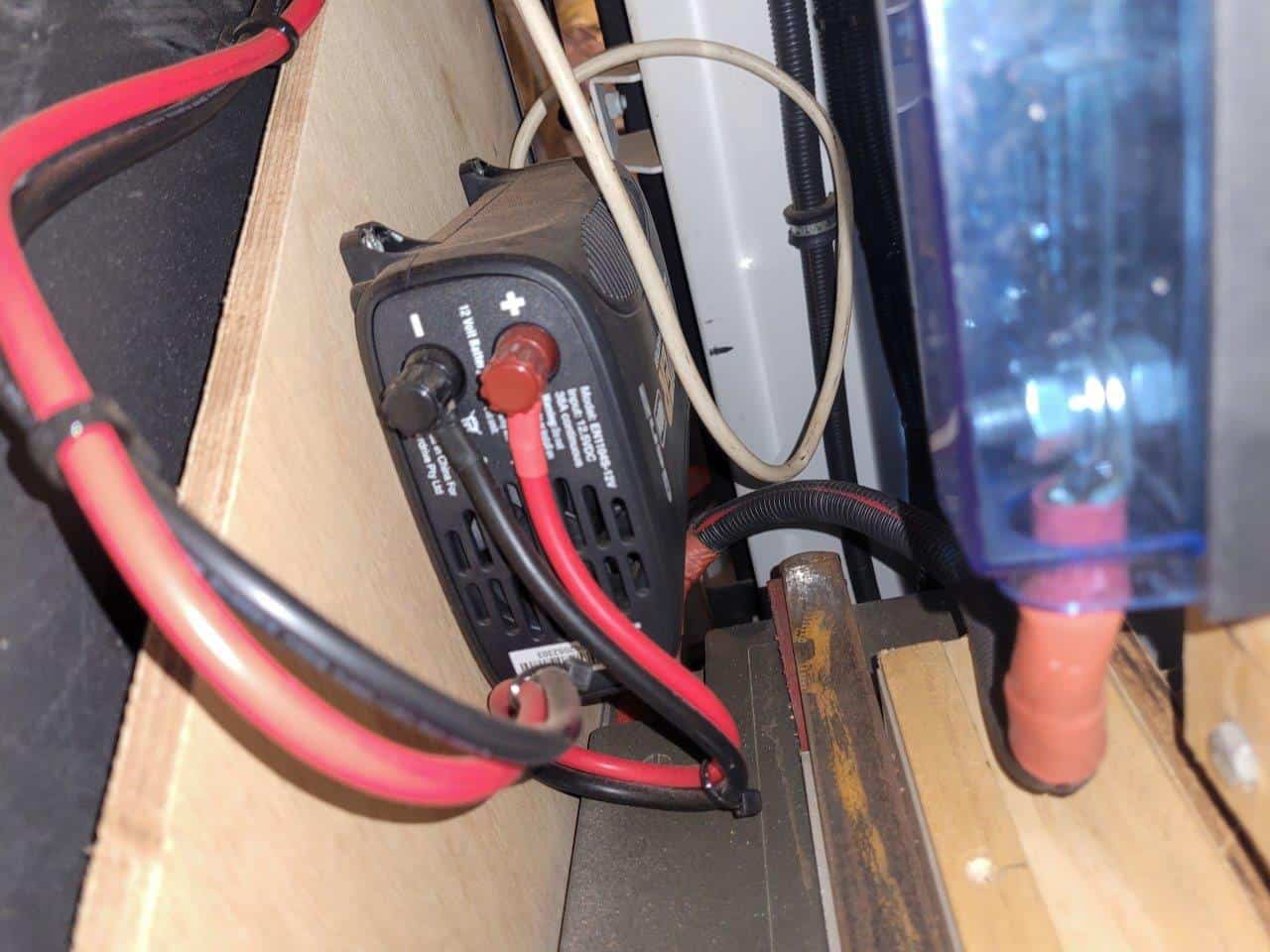 The back of the inverter (sorry for the funny angle; its tight!)

At the time of purchasing this, I only had an AGM battery, which cannot be discharged at a huge rate without doing damage, and never saw any point having anything bigger. 400W is about 30 amps, and realistically you probably don’t want to be going much higher on most single AGM batteries.

I’ve got a charging box made up that has our chargers in it, and is always plugged in, and ready to go. When a battery is flat I just put it in the box, close it up (if we are moving) and turn the inverter on, and the battery is charged in a couple hours and ready to go again, regardless of what we are doing. 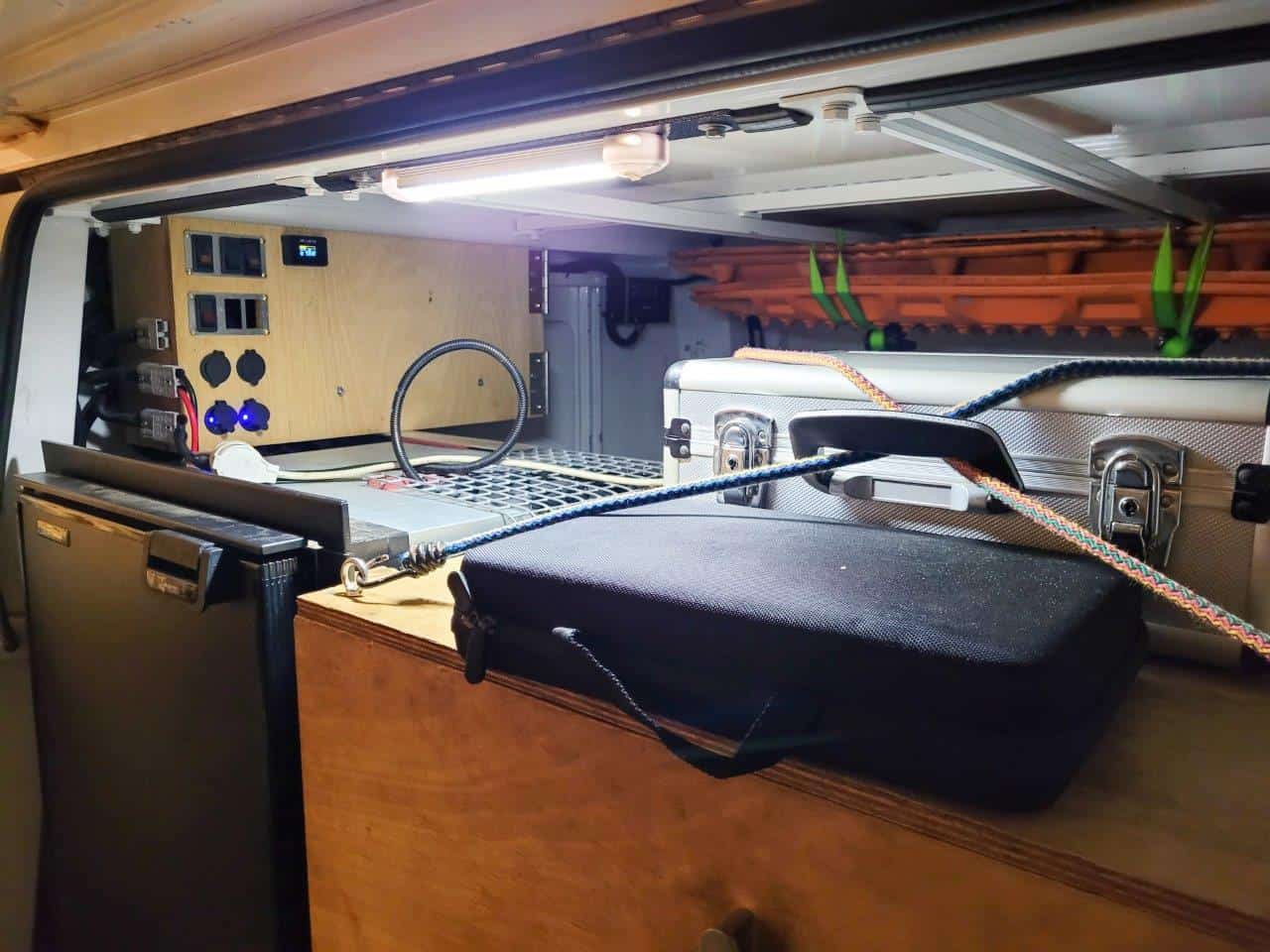 The silver box has all of the camera chargers in it 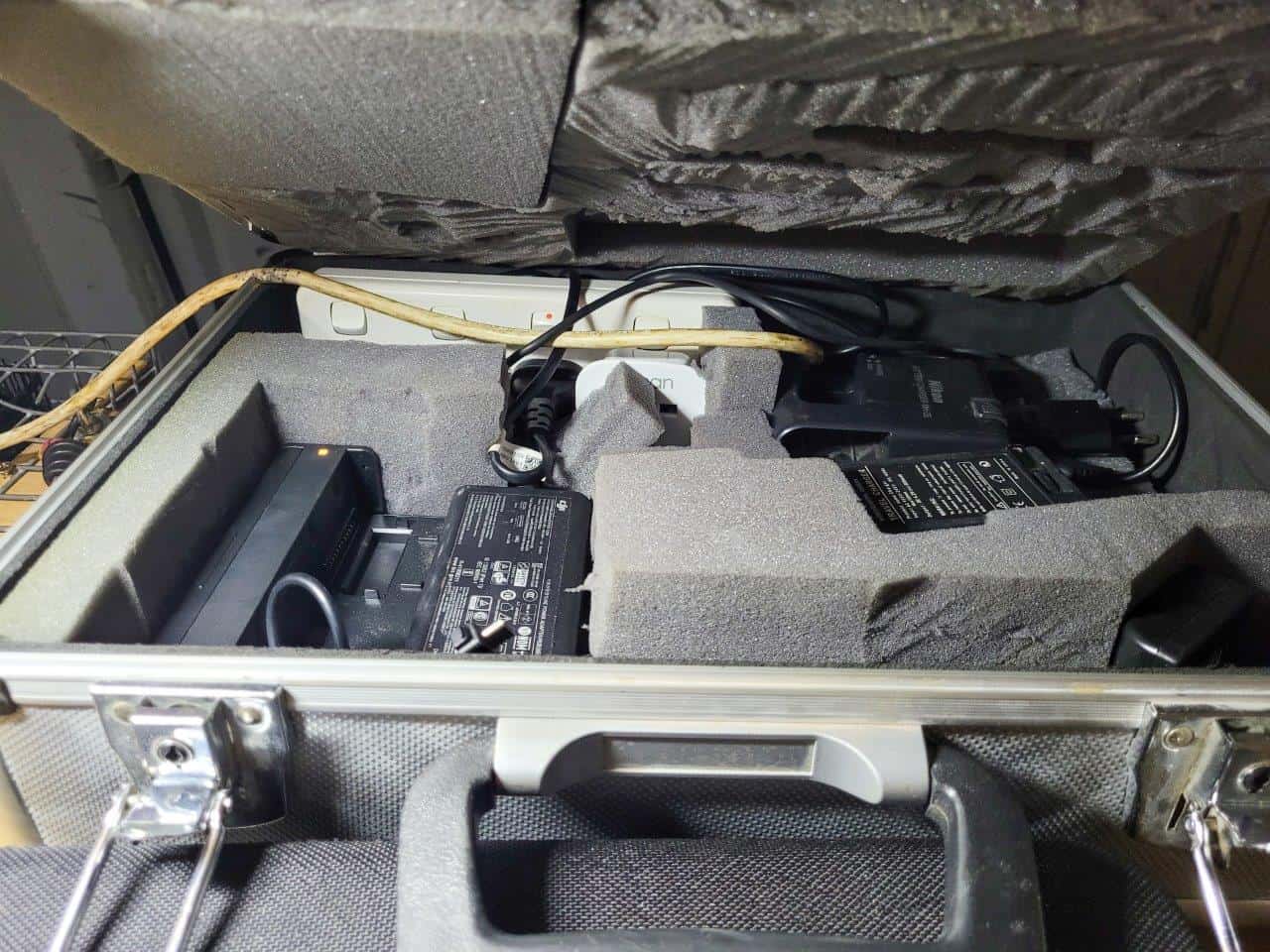 Various chargers for the cameras

I mentioned above that we just purchased a Renogy 3000W inverter and big lithium battery setup on our camper trailer, and we can now run most appliances that you would at home, off grid for short periods.

I also have a DIY lithium battery coming for the Dmax, and will be installing a 2000W Renogy inverter to run bigger appliances. 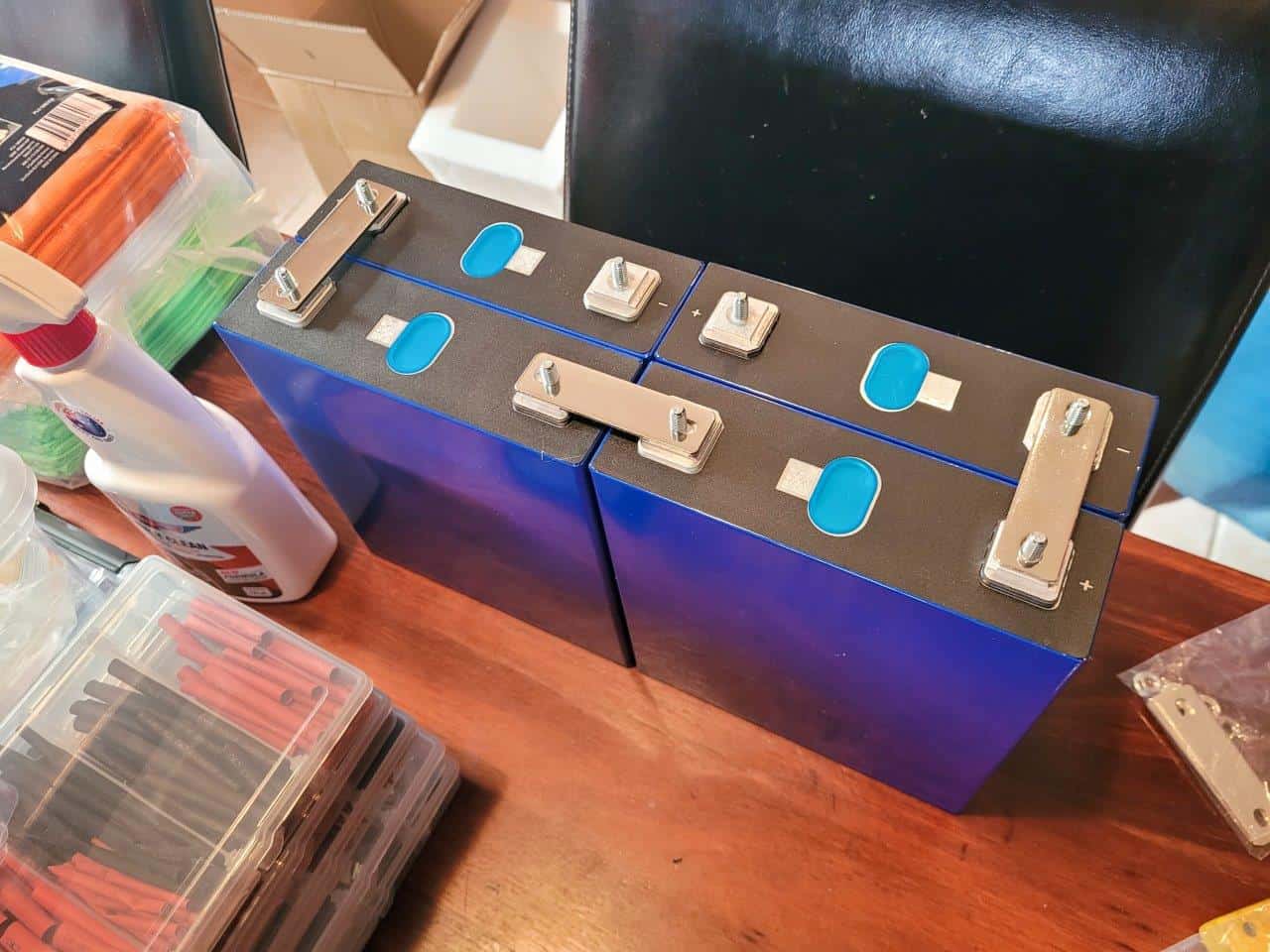 How has the Enerdrive Inverter performed?

We mounted the Enerdrive Inverter in the Dmax canopy, and I’ve used it extensively to charge my laptop, camera batteries, drone batteries and Ryobi 18V batteries over the last year.

I’ve also (on occasion) used it to power the 240V charger for our camper trailer batteries, when we’ve been parked in shade and needed to shift some power across.

Sure, not the most efficient way of doing it, but given we were intending on driving the car again not long after it would charge the dual battery back up again and by the time we got back all batteries would be healthy.

The only gripe that I have with the inverter is that the cooling fan must just touch the rear plastic panel, and that makes it rub. Fortunately the fan only runs when the inverter is working hard or warm, and its mainly off, but it does make a bit of a racket.

I’m pretty sure it was like this when I got the unit, but given how hard it was to mount (no room to put the screws in!) I’ve just left it alone.

Perhaps it was damaged in transit, or during production; I’ll never know. I don’t hold this against Enerdrive, as I’ve never gone back to them to get it sorted. It just means when the inverter is working hard you hear a reasonably loud noise from your canopy for a bit!

Would we get another Enerdrive Inverter?

Yep, absolutely. On the flip side, I’d have no issues getting a different brand too, and we’ll give the two Renogy inverters a good work out and see how they go.

You can certainly get cheaper options out there, and as long as they are pure sine wave they’ll do what you need them to. Whether they last as long, who knows; I guess I’ll find out. Its hard to fathom that a 3000W Renogy inverter is cheaper than a 400W Enerdrive one though!

The main thing for us was to have some redundancy; I didn’t want to be in the middle of no where with no way of charging my camera gear and laptop, as we need them to keep this blog going, and they can get used for several hours a day. 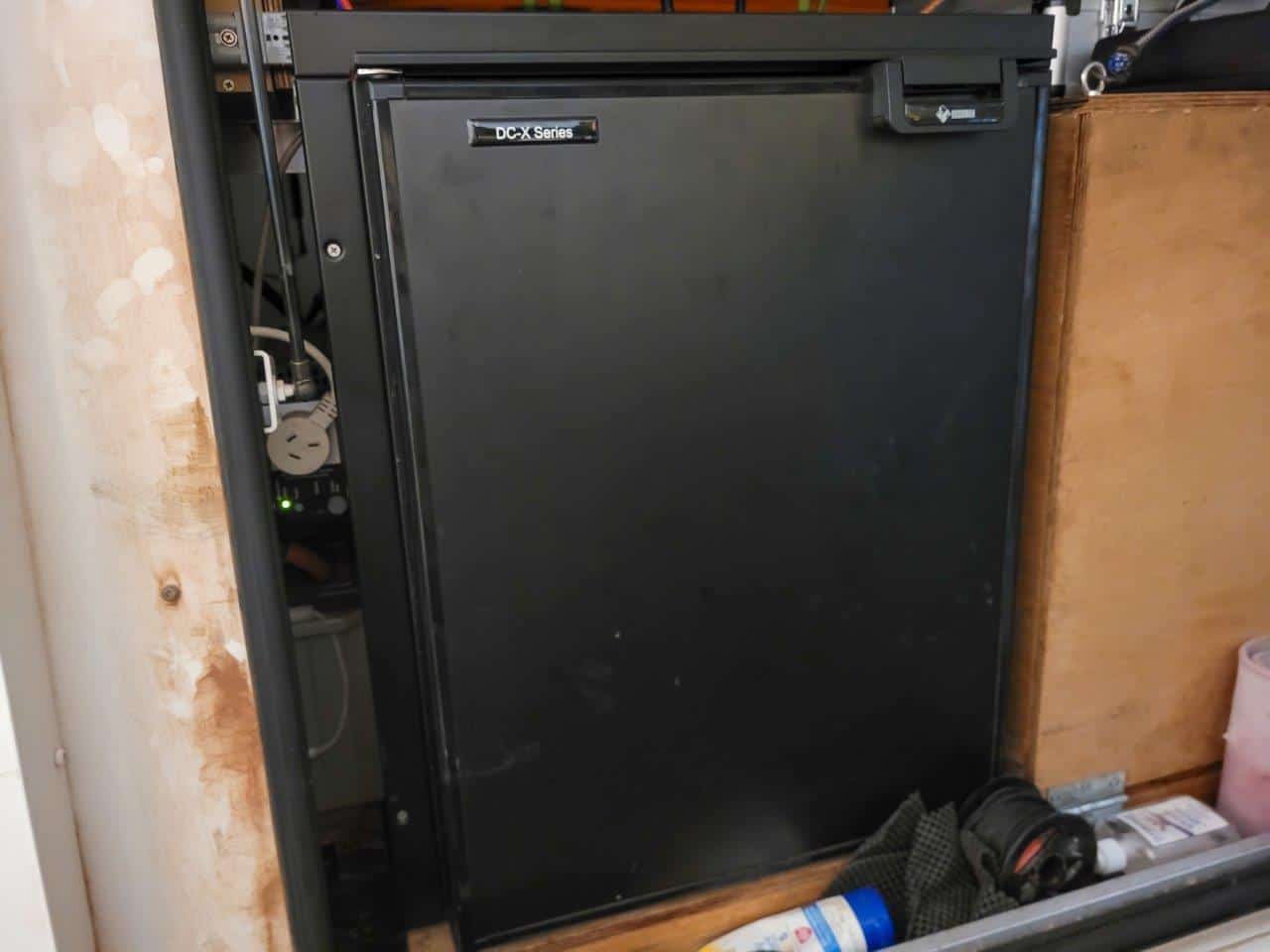 Our Enerdrive inverter mounted next to the fridge