On our way from Perth to Newman, we spent a couple of nights at different rest areas along the way. Despite our best intentions of getting to a 4WD only camp site along the Gascoyne river on the second day, by the time it got to 4PM in the afternoon we’d had enough of driving and pulled into Gascoyne River South Branch Rest Area.

In many ways, this is similar to White Wells Rest area, being a giant extension of the normal pull in bay, but its right next to the river.

Lucky for us, we’d timed our travels just after a huge deluge of late rainfall occurred in the Pilbara and flowed down, and the river was an incredible orange mud colour, that wasn’t overly inviting, but it was really interesting to see. 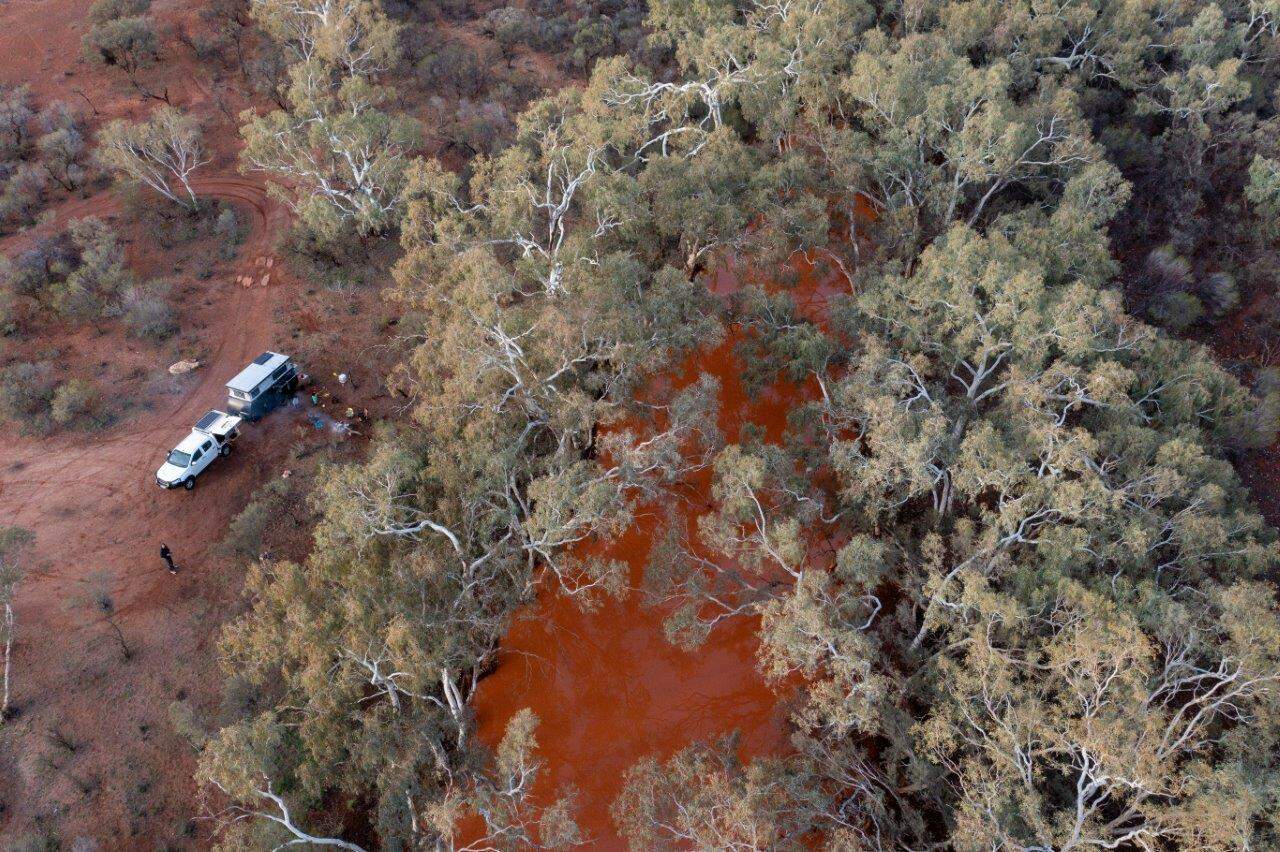 One night next to a very orange river 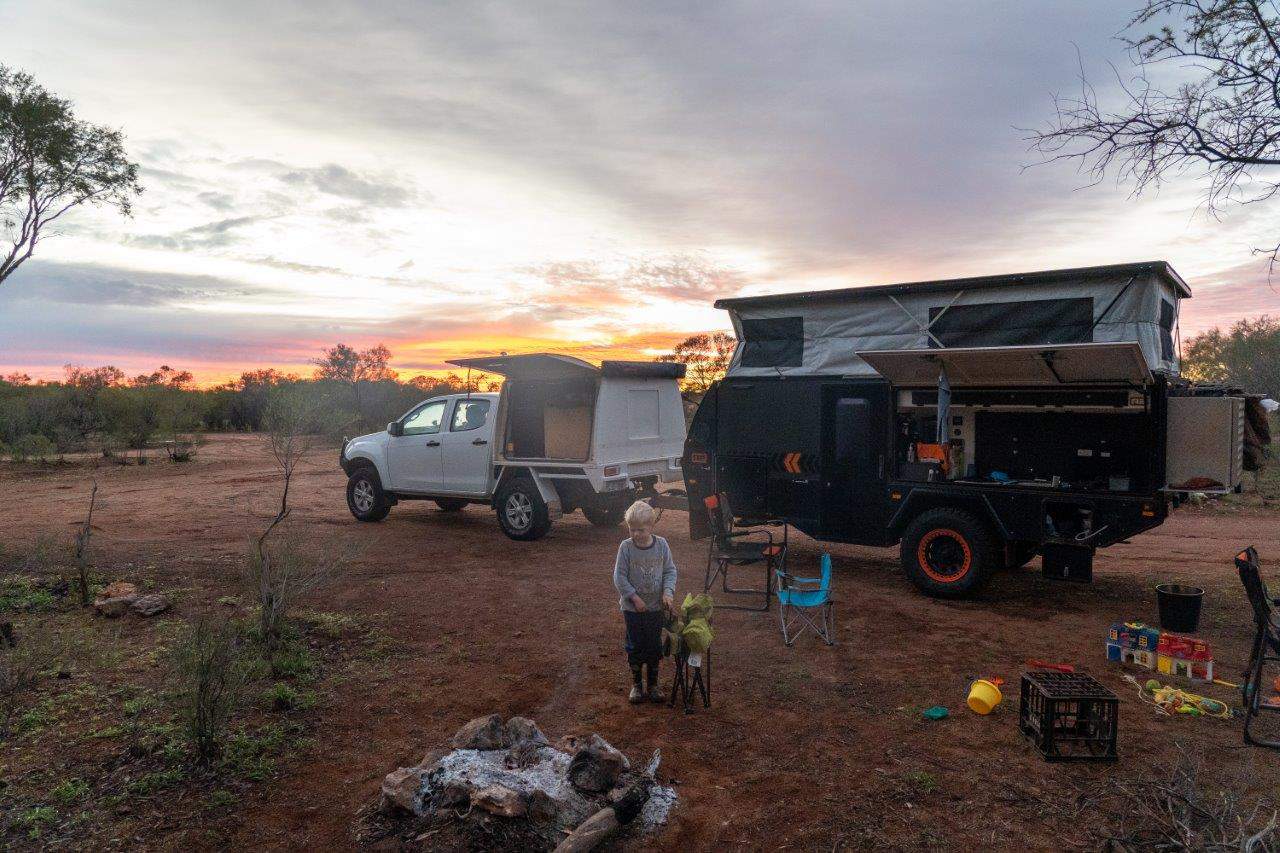 We had a great sunrise the next morning

Where is Gascoyne River South Branch?

You’ll find this place roughly 150km north of Meekatharra, and 275km south of Newman. It’s actually not far from Bilyuin Pool, which we’d traditionally stay at but wanted somewhere closer to the road, and different to check out. Bilyuin Pool is also free, is much quieter and can have some pretty nice bird life around too.

There’s a fair bit of room at the Gascoyne River South camp site. We only explored a portion of it, but you’d comfortably fit a huge number of campers here. We headed south to a quieter spot (from others, not the road), and had a nice night staying there. 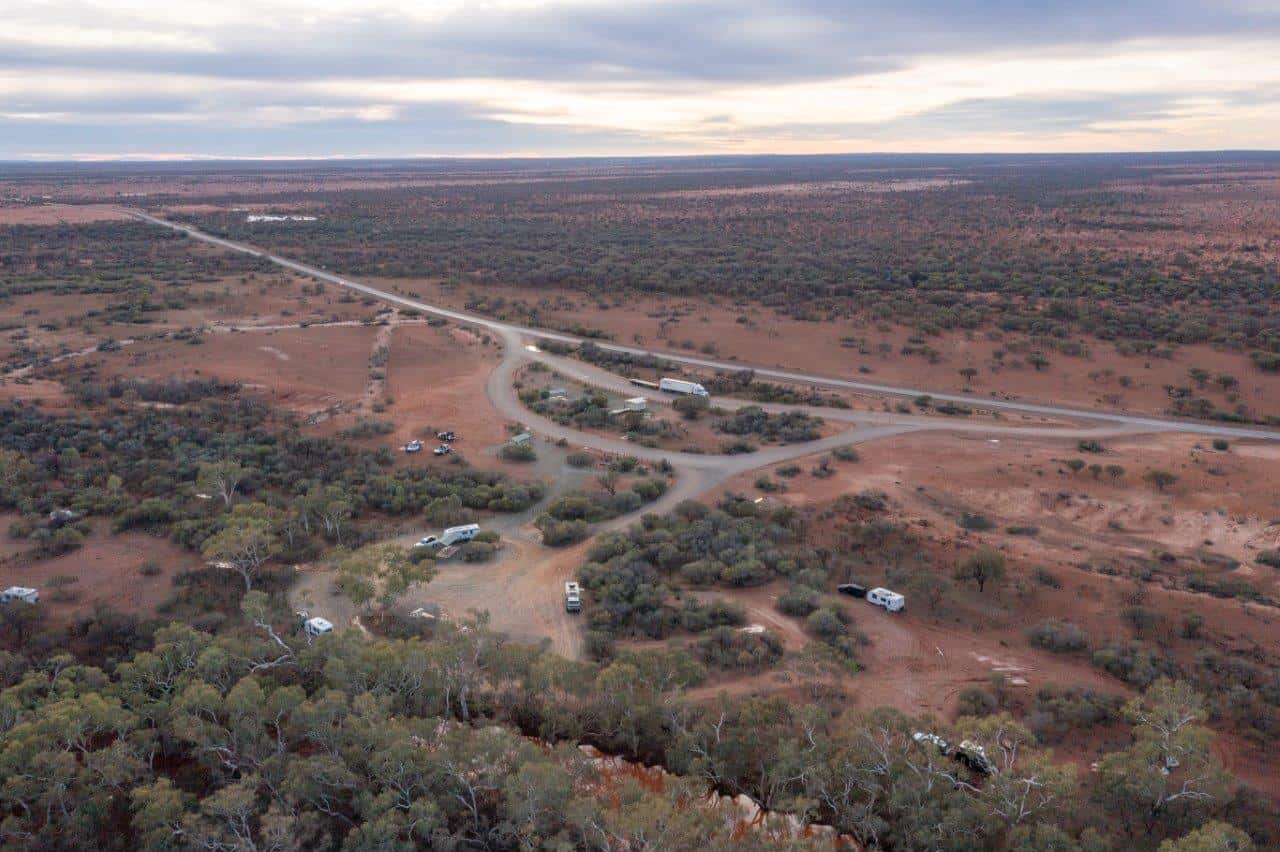 There’s a fair bit of room to spread out

There are toilets here, although we didn’t use them and can’t comment on their condition. You’ll also find a picnic table and dump point. 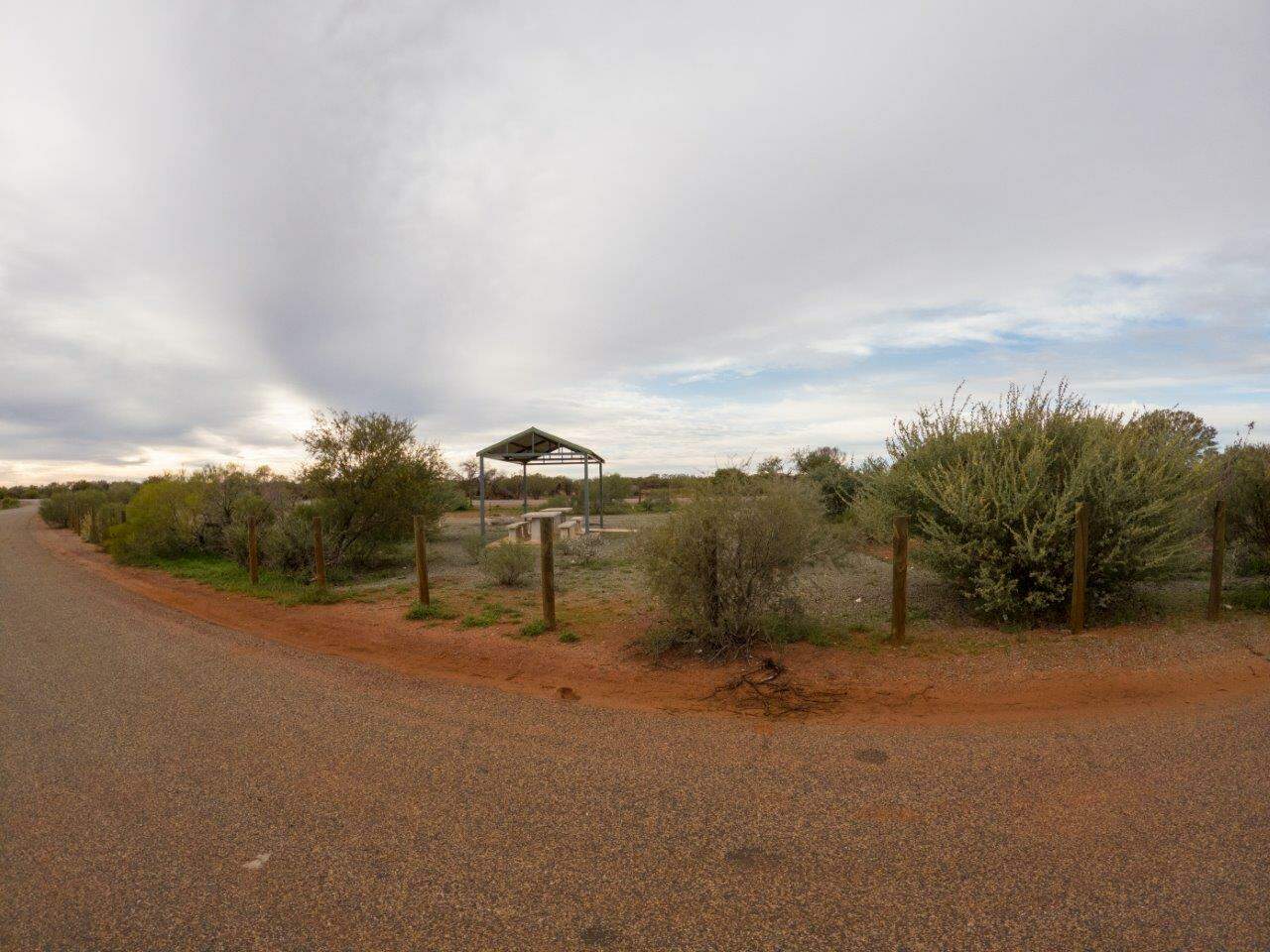 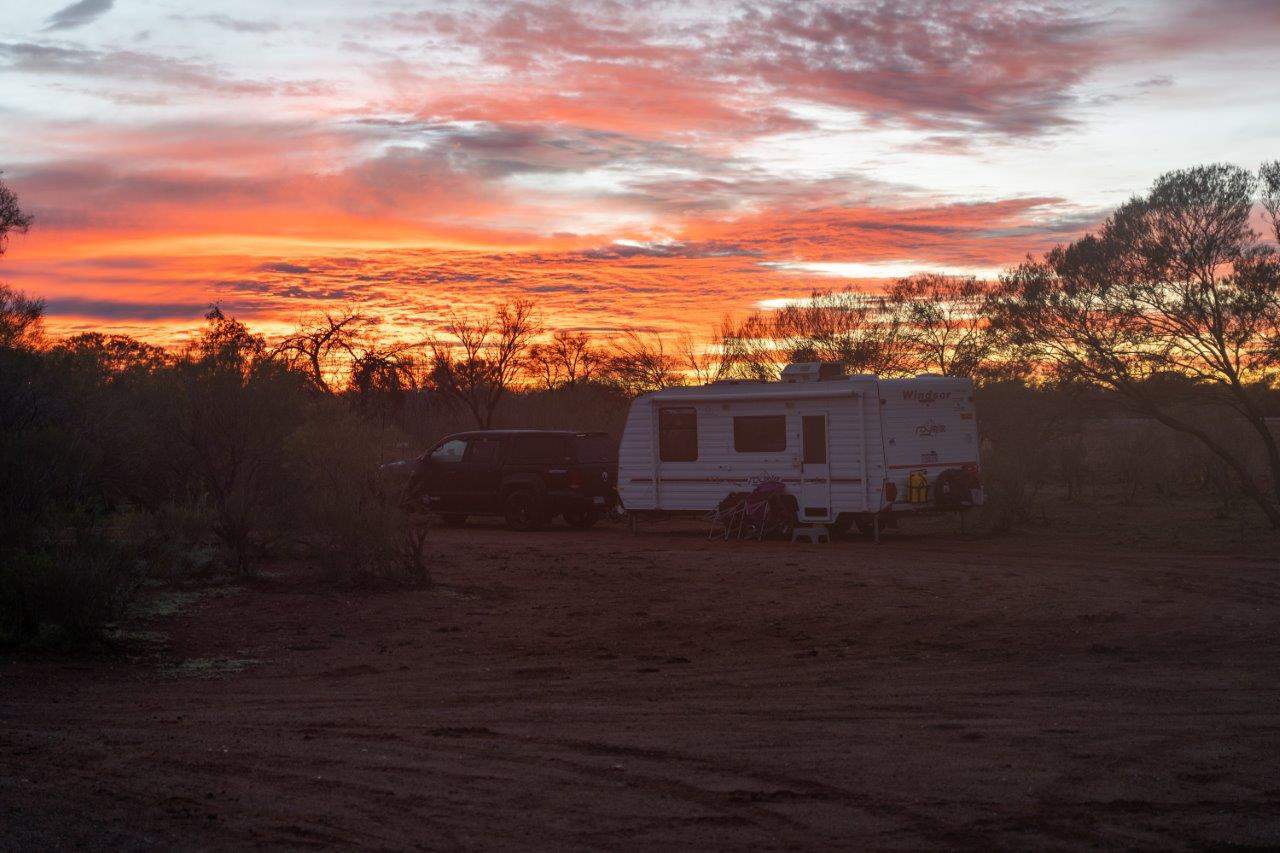 You’ll get a nice sunrise though!

Fires are permitted, as long as you are sensible. You don’t have to look far to see that others have been less than considerate in cutting trees down and making a mess of things. Try and use an old fire pit, so it stays in one place and doesn’t make the area untidy.

Dogs are also fine, but keep them on a leash and be respectful with them. 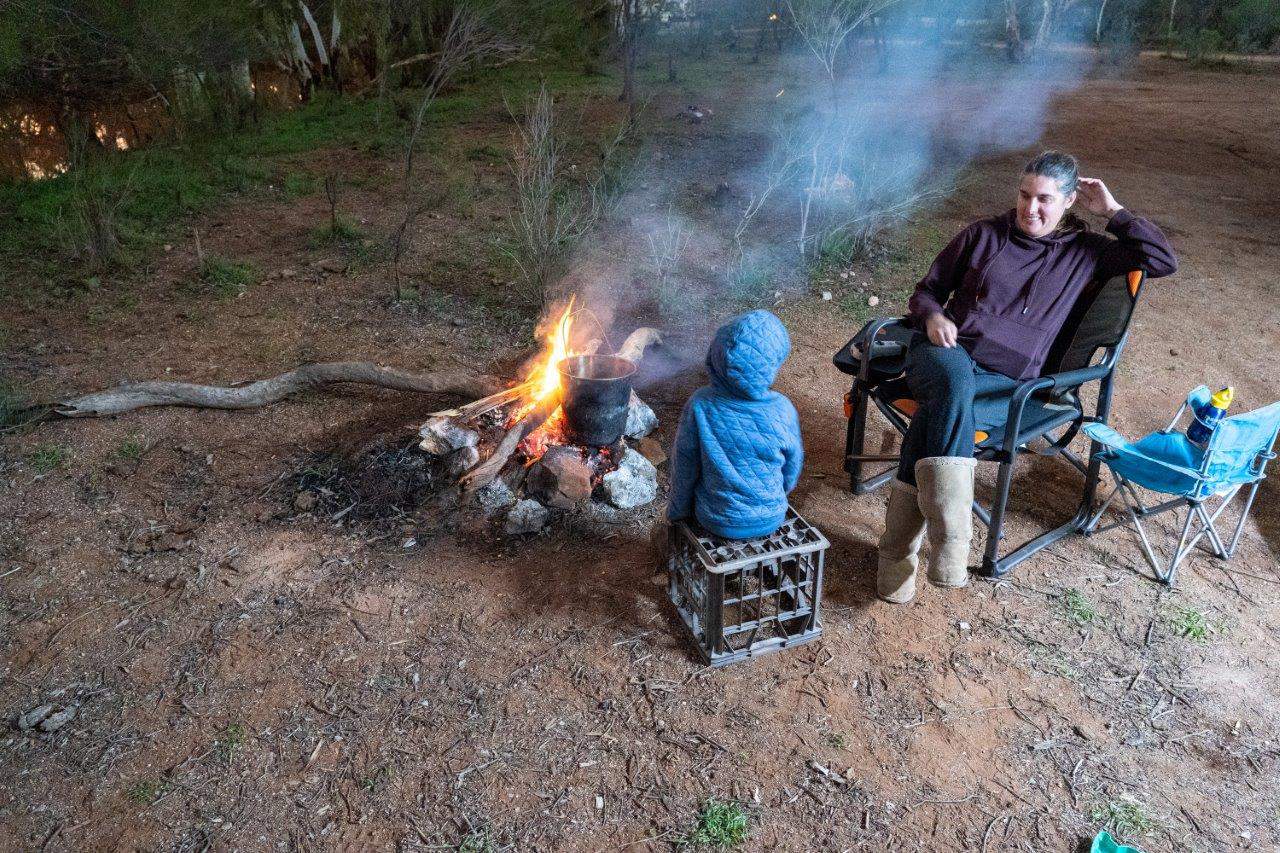 Enjoying a nice fire at night 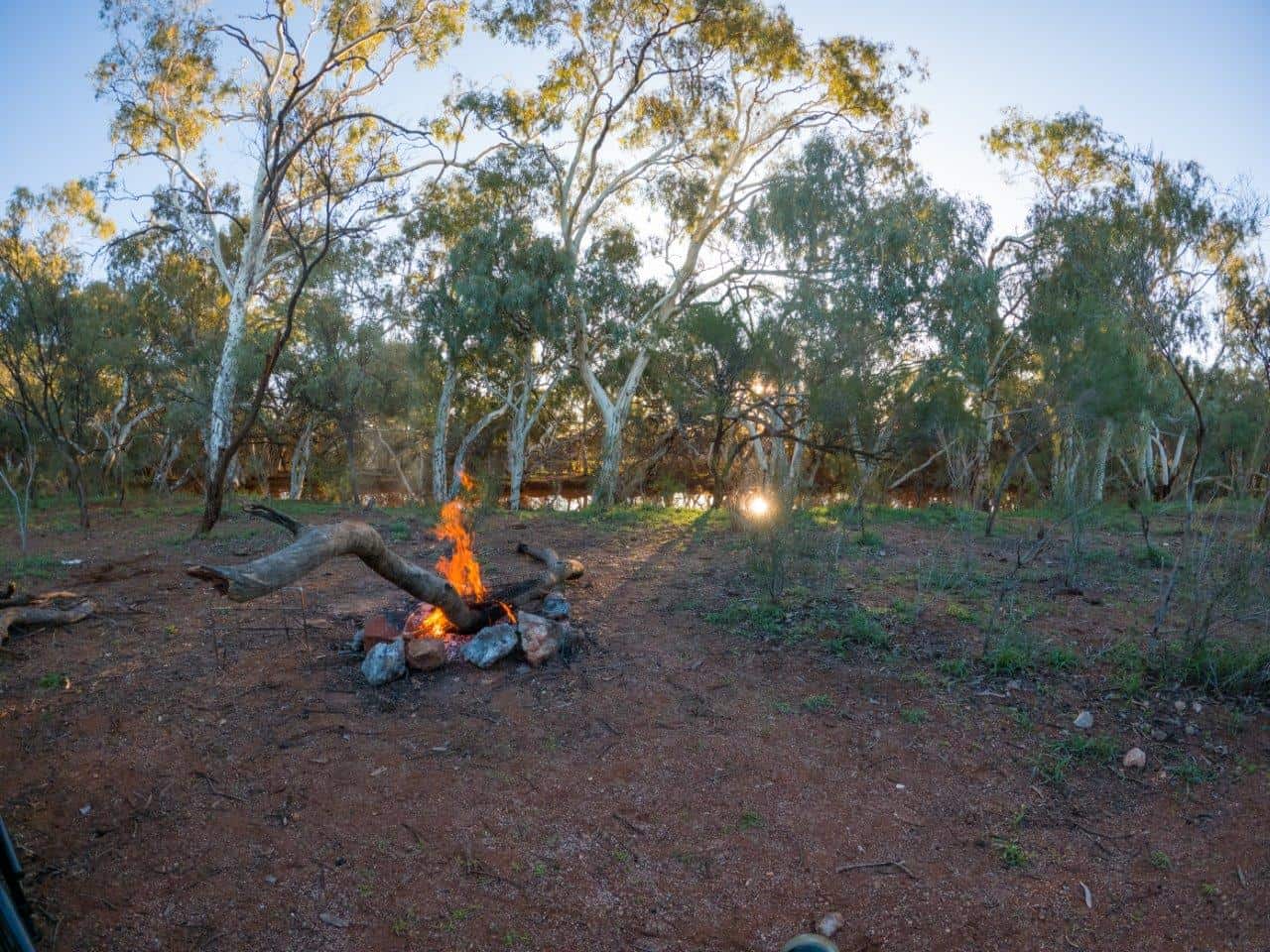 There’s worse places to kick back and relax

The road next door is used for commercial activities, a LOT. Most road trains don’t drive once it gets too dark, but some still do and whilst it does get quieter, expect to hear road noise. You are literally only a hundred metres or so off the road, and that’s a by product.

If you are looking for a quiet, peaceful camp site, this one is not it. The road noise wasn’t enough to wake us, but if you are light sleeper you might not enjoy it too much! 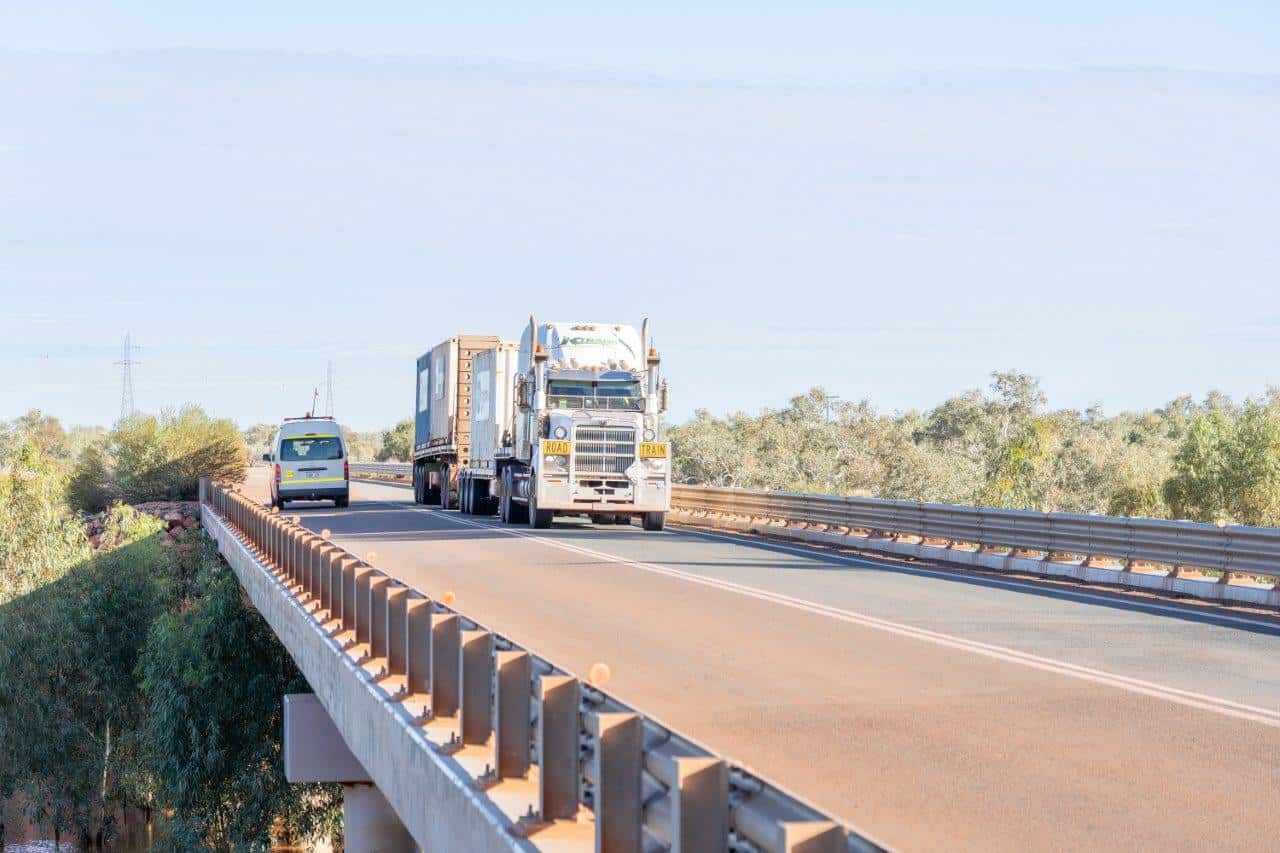 Expect to hear a fair bit of road noise; you aren’t too far away

Is it worth a stop?

Overall, it’s a great place to pull up for the night, and the river makes it a bit nicer than White Wells in our opinion. It doesn’t compare to most of the great camp sites in the Pilbara, but you have limited choice for pulling into around here, and it does the job. We’d use it again if needed, but wouldn’t be fussed if we had to continue on either. 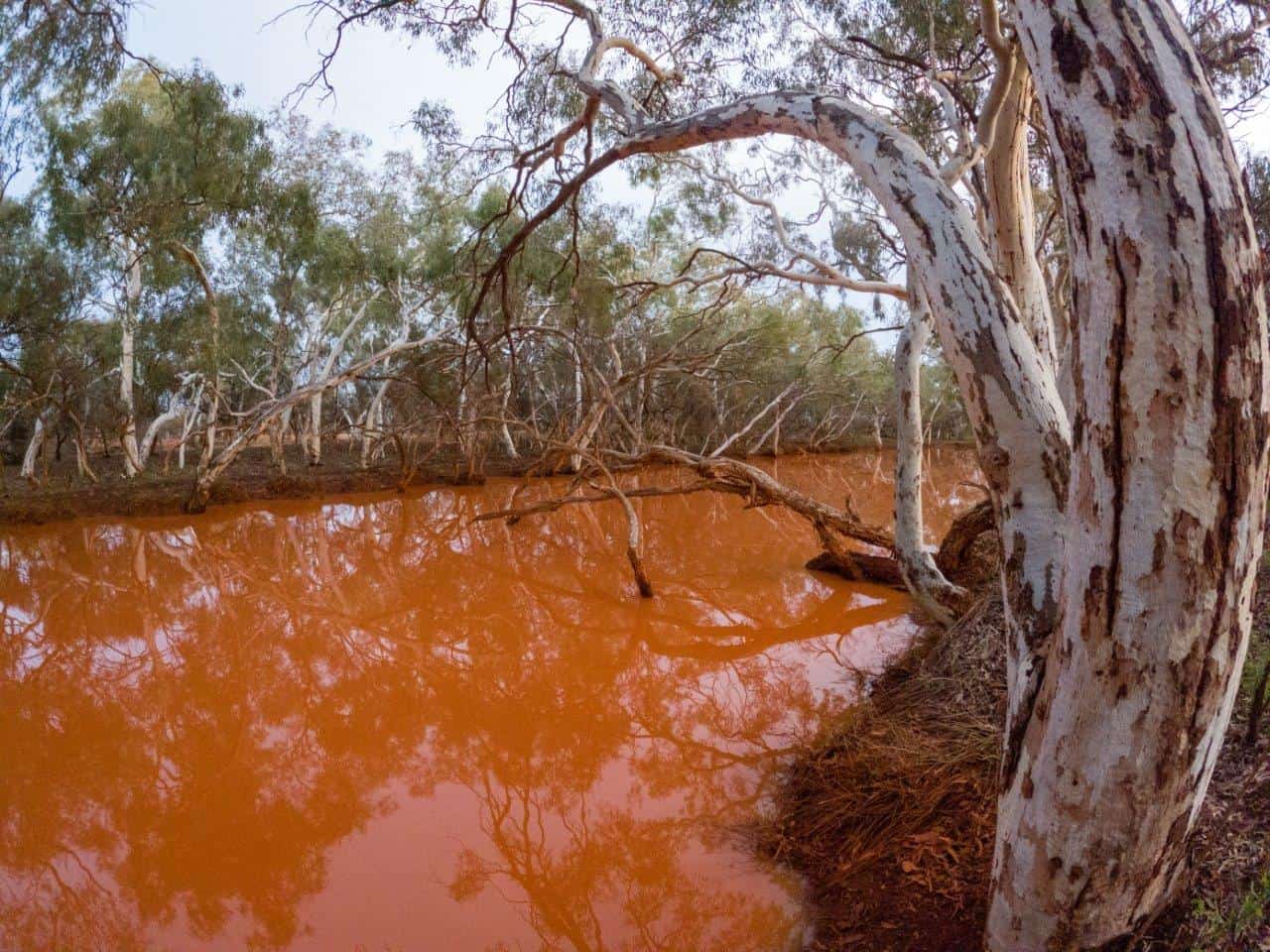 The water colour was incredible 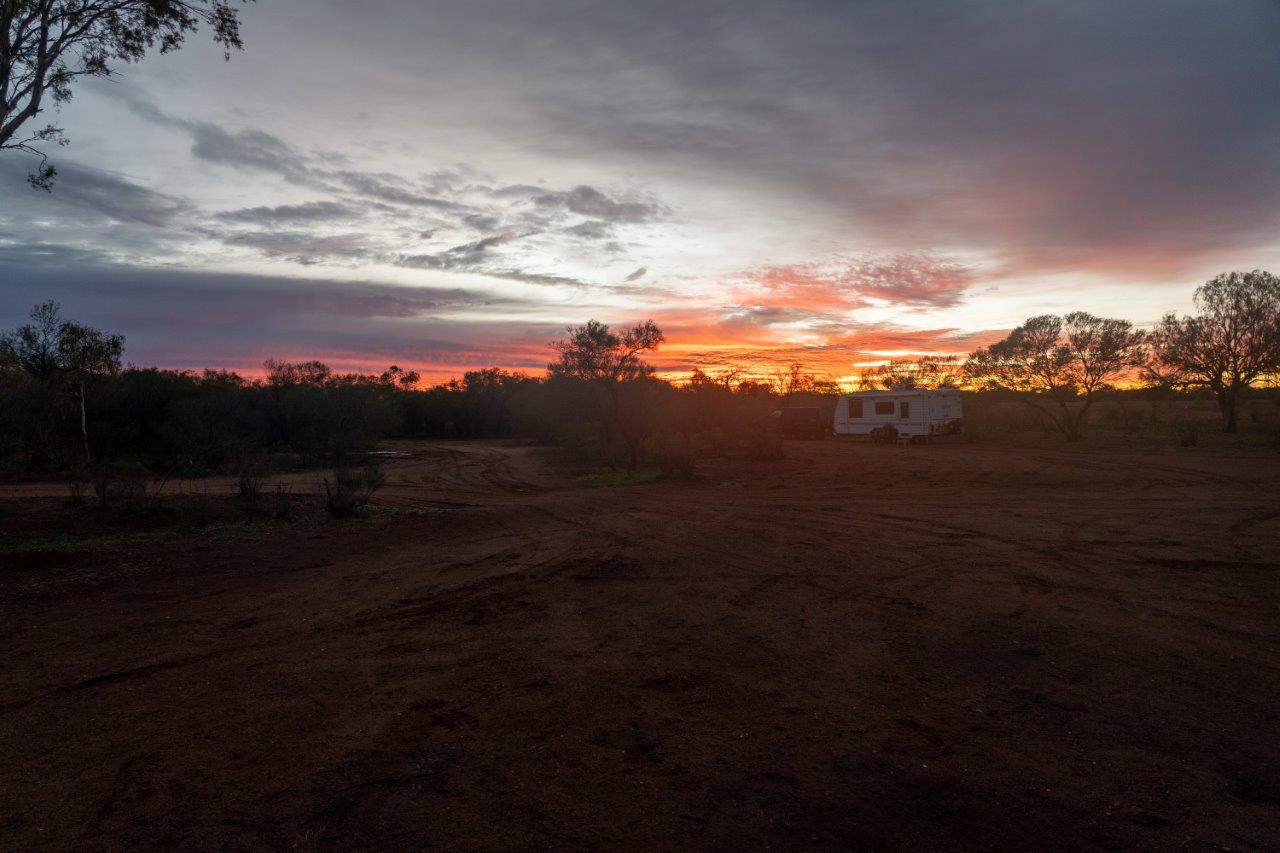 It makes for a great overnighter