Our first camp site on our big lap of Australia was at Flat Rock not far out of Hyden, on the Holland Track. We pulled up after spending a good chunk of the day driving from Perth, and relaxed for the afternoon before heading out again the next day towards South Australia. 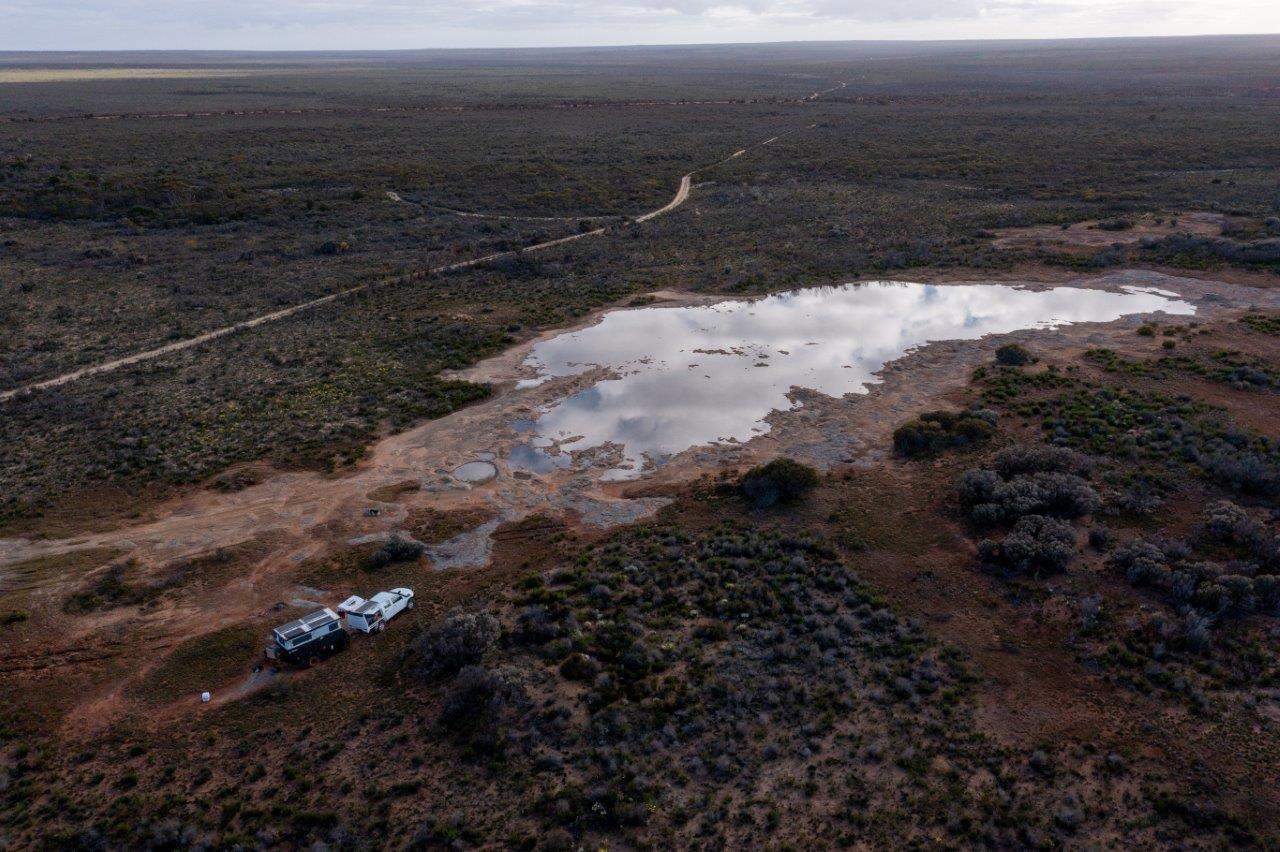 Our camp site at Flat Rock

Where is Flat Rock?

You’ll find this great little camp site about 60km East of Hyden, along the Hyden Norseman Road. The first 50 odd kilometres are bitumen, and then the last 10 or so are good condition gravel.

To get to the camp, stop at the 4 way junction where the Holland Track crosses, and head south about a kilometre along the track, where you’ll pop out at a flat rock, with some water in it in season. 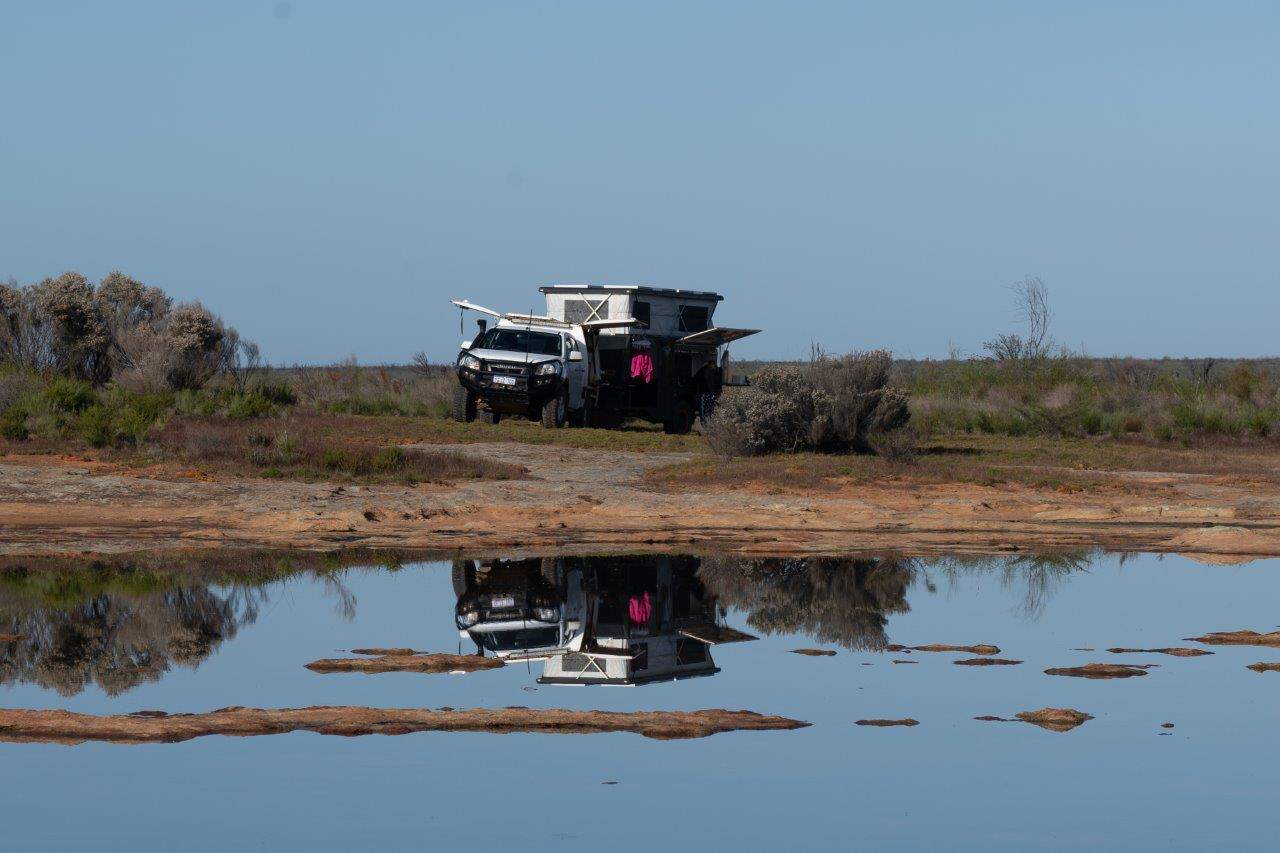 Camp is a tiny drive off the Hyden Norseman Road

As the name suggests, its just a big, flat rock with some water in it in season. There’s enough room for a couple of groups of people to camp, but its not massive. There’s nothing but pristine bush around, except for the Holland Track which runs in both directions from here.

There are zero amenities, but you do get some Telstra reception. Take all of your rubbish out, and leave no trace. 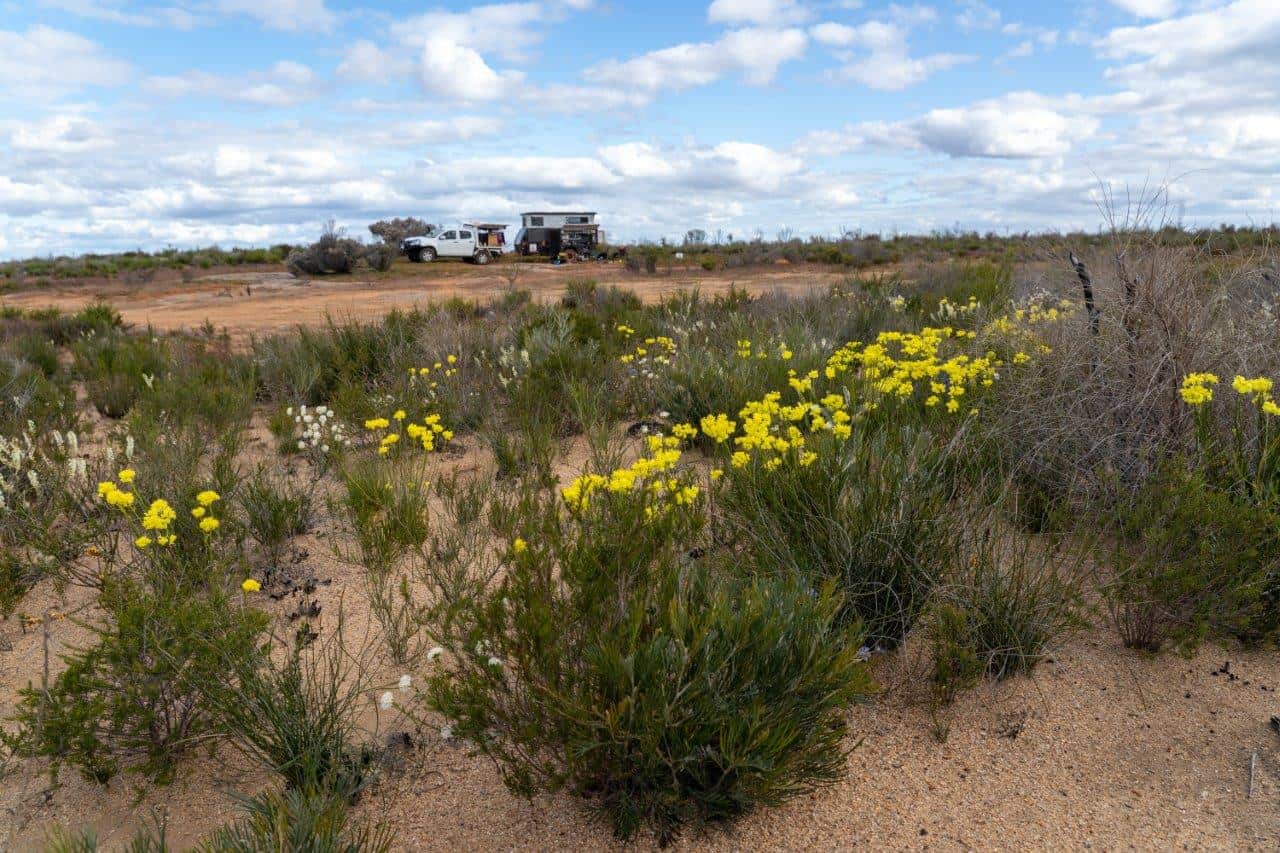 There’s nice flowers in season, and lots of peace and quiet 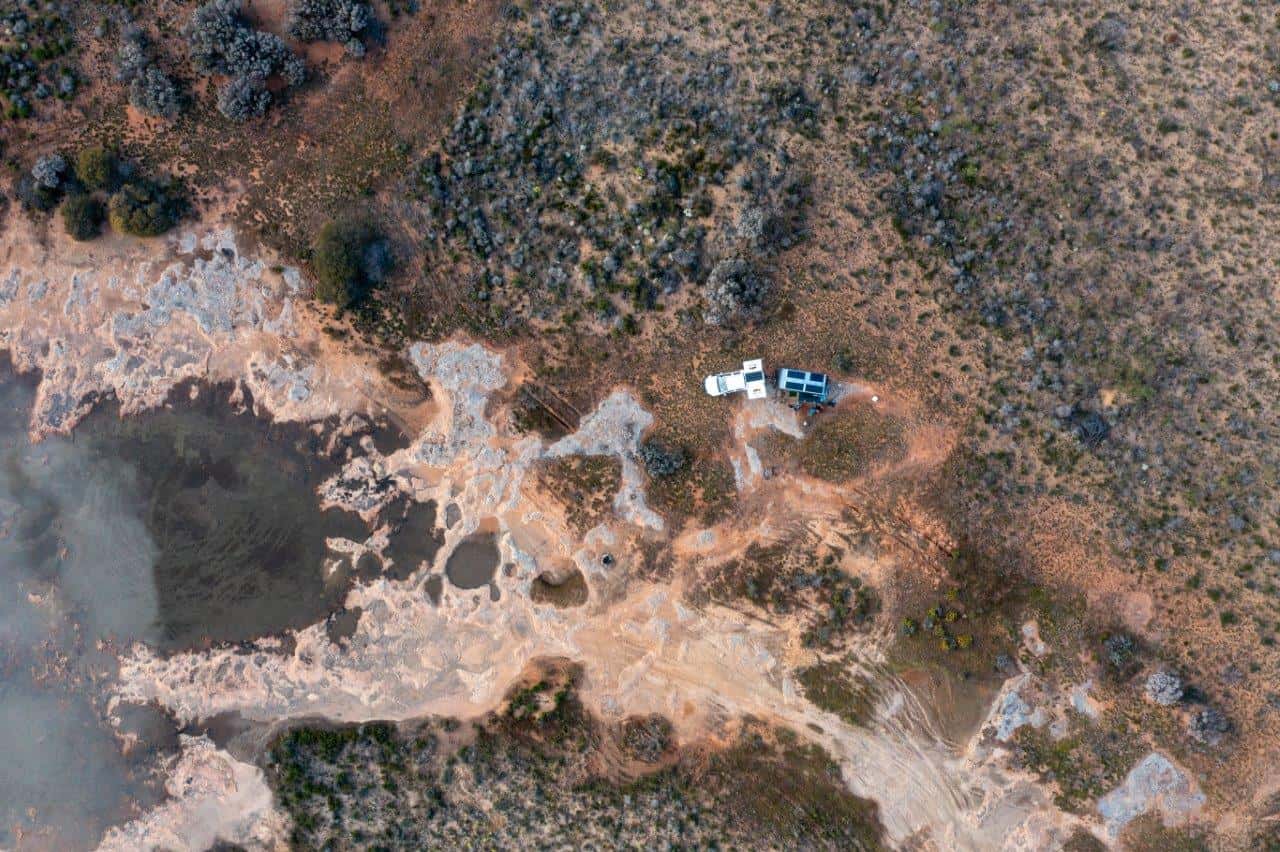 Our setup next to the water

You might get a high clearance AWD or 2WD into here, but there’s some decent rocks in the middle of the track, and a couple of little angled sections. A 4WD is certainly recommended, and when you arrive at Flat Rocks, pick where you drive very carefully, as its seriously muddy further away from the rock. We camped right near where someone had clearly been very, very stuck some time ago, and I can imagine it would have been a difficult recovery. 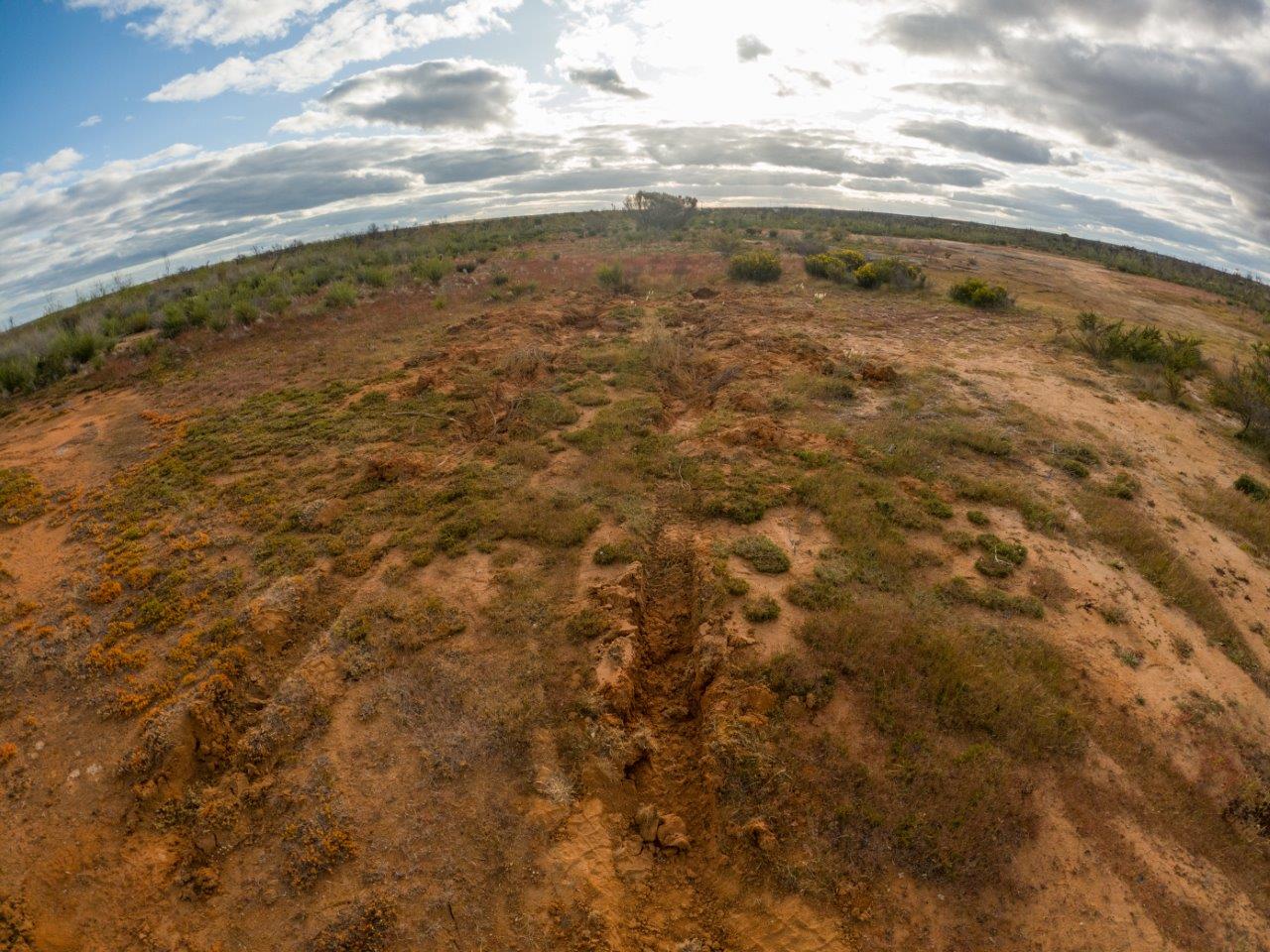 Stick to the rocks, or you can sink very easily

Can you take a caravan in?

If you had a full size Caravan, you’d get lots of pin stripes heading in. The track is only just wide enough for a 4WD, and we scratched our Hybrid a tiny amount. You will get a van in, but if its full width expect to brush against some plants and trees!

Overall, nothing to complain about. It was a bit windy for a few hours in the afternoon, but its a nice place with plenty of room for the kids to run around. Being completely free, we’re not ones to complain, and would stay again if we were calling through. Its quick as to get to off the main road, and has zero traffic noise (asides from those coming past on the Holland Track), which is nice. 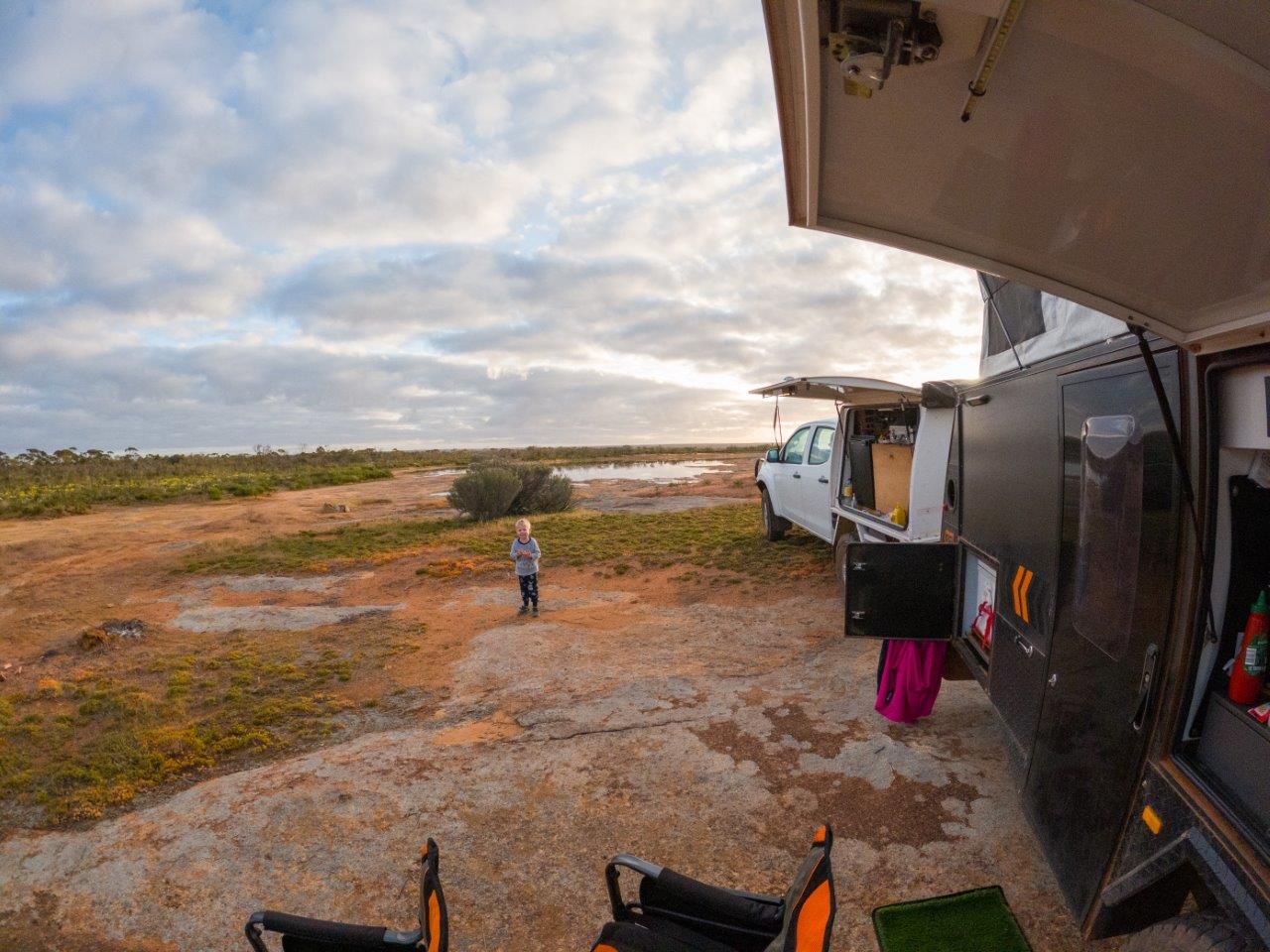 Views from our camp site at Flat Rock

Have you stayed at Flat Rock? What did you think of it?